roll of honor
the civil war soldiers of table rock

With the exception of two good-humored veterans of the War of Northern Aggression, Captain Richard P. Jennings and William T. Shorter, the veterans below were Union veterans of the American Civil War and many belonged to the Table Rock post of the Grand Army of the Rebublic, John N. Gere Post 165. This photo, taken circa 1887, probably includes many of them.  There was a gathering of veterans at the grove of Samuel Barnard which was attended by veterans from Pawnee City and perhaps other places as well.  The Pawnee newspapers of the day listed those present, although there was no photograph. But this photograph has survived, with a second photograph that is likely only the Table Rock veterans. 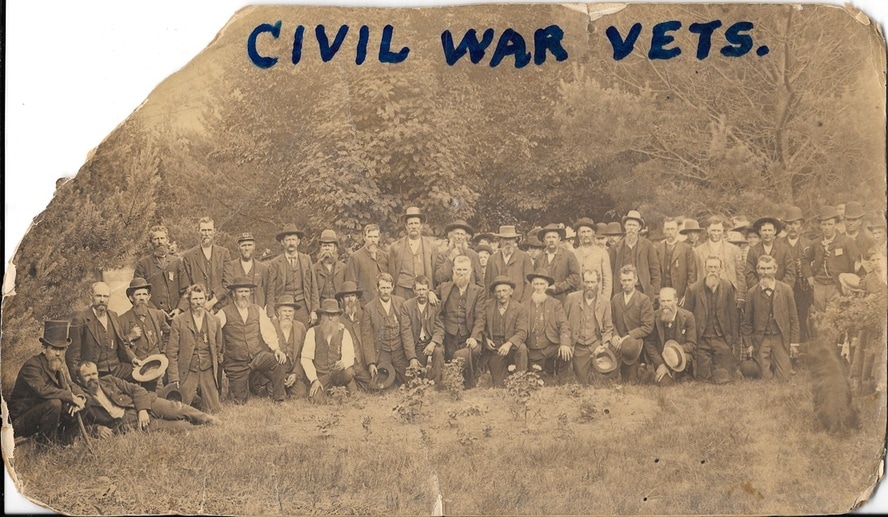 Take a closer look at photo above
Civil War veterans of Table Rock.  Most have not been identified.  Back row, 2nd from right, is Owen Crisler.  Some are seen in other photographs of the day. 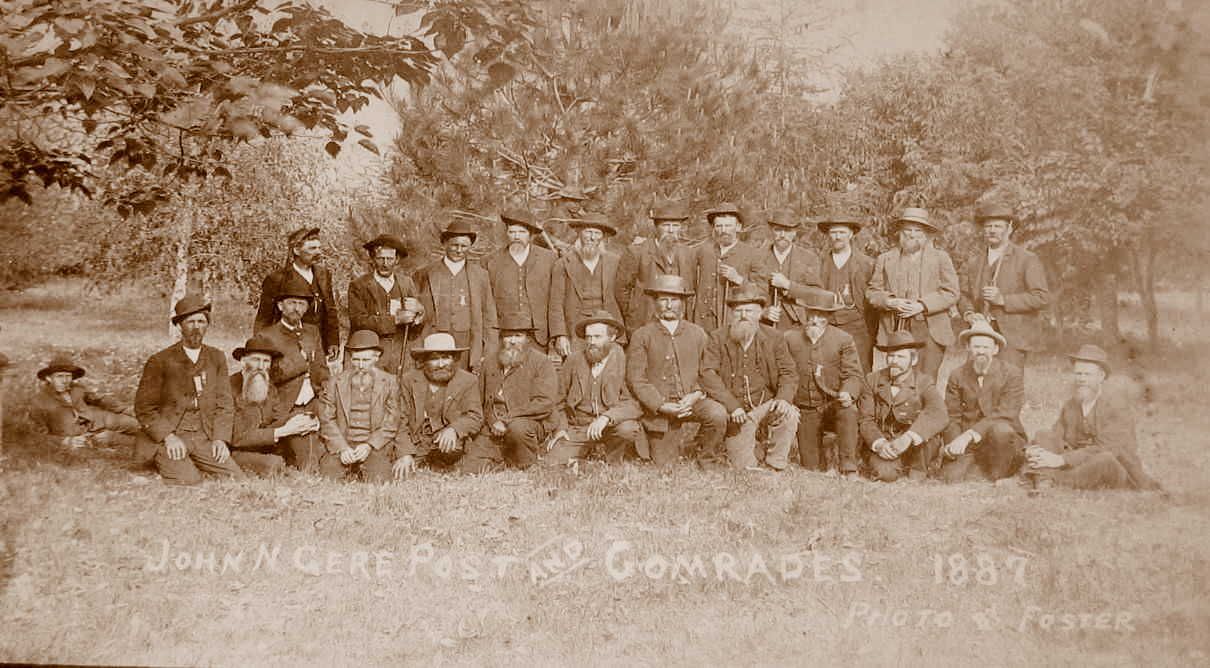 The Civil War veterans, another photo, shared by Dave Leichman. It appears to have been taken on the same occasion as above. There are fewer men. Why? Perhaps these are the men who belonged to the G.A.R.? Photo 3023.

died in the service of his country

As time permits and information is found, we are able to assemble little biographies of some of the soldiers.

The men below fall into several categories. They are included below if they enlisted from Table Rock, regardless of where they were buried.  They are listed below if they lived in Table Rock most of their lives -- a number died elsewhere in the closing years of their lives because they were nursed through the end in an old soldiers home or in the home of a child, and their bodies were not brought  back to Table Rock.  The others are men who found their way to Table Rock, stayed, and are buried here. 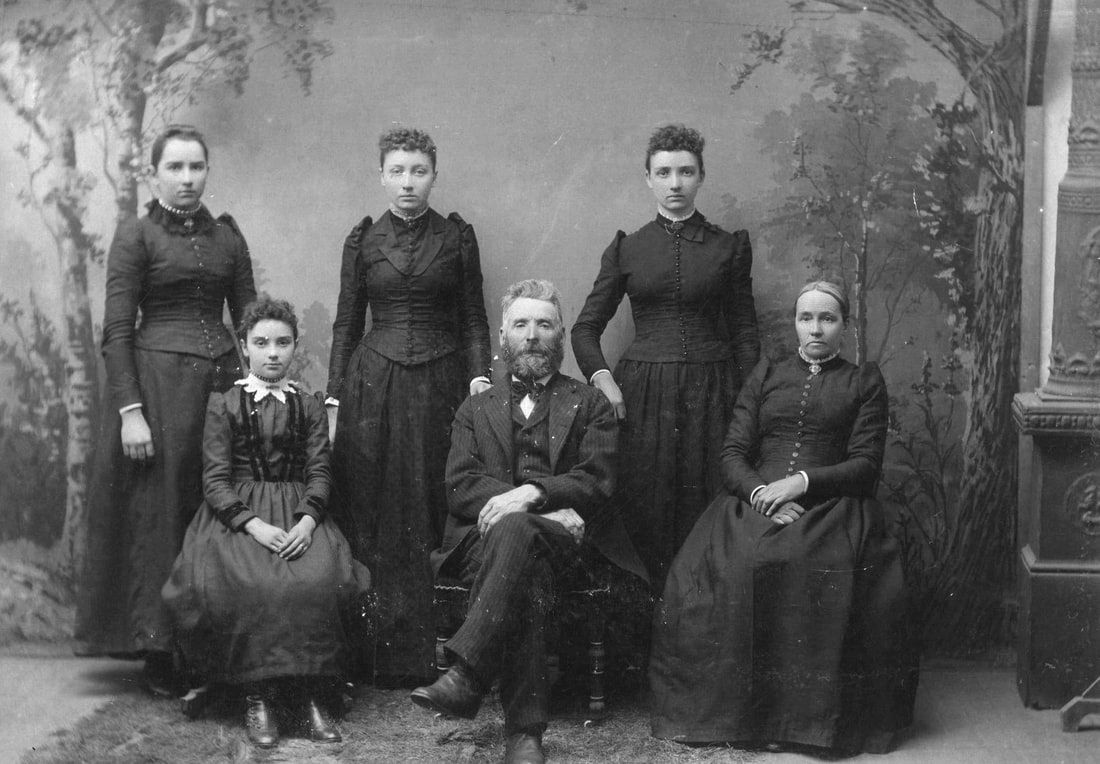 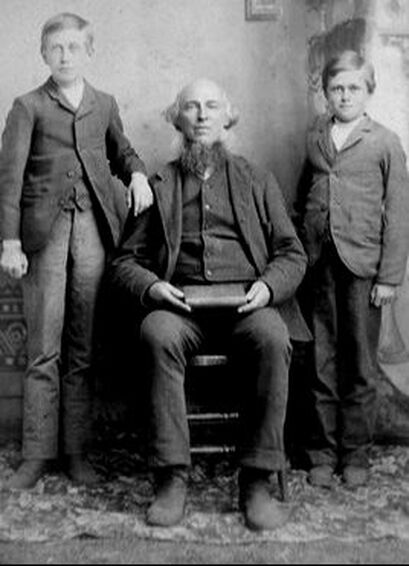 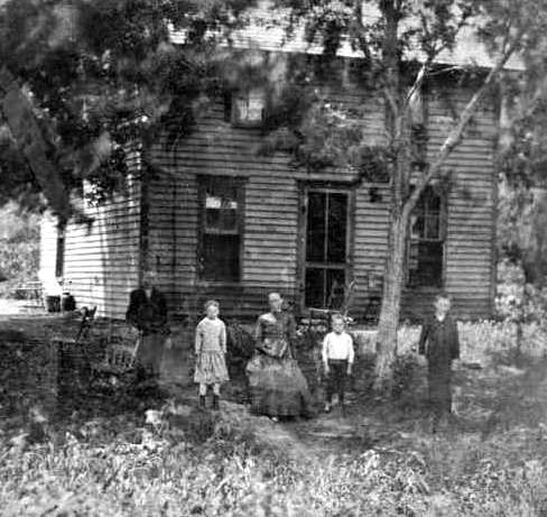 labeled as "Family of Tilman Edwards," this picture was taken at an unknown time but almost certainly after he died in 1885. There are 2 empty chairs in the picture, a rocking chair at the left and then another chair beyond it. Is the chair in the foreground, by the young boy, symbolic of his presence? 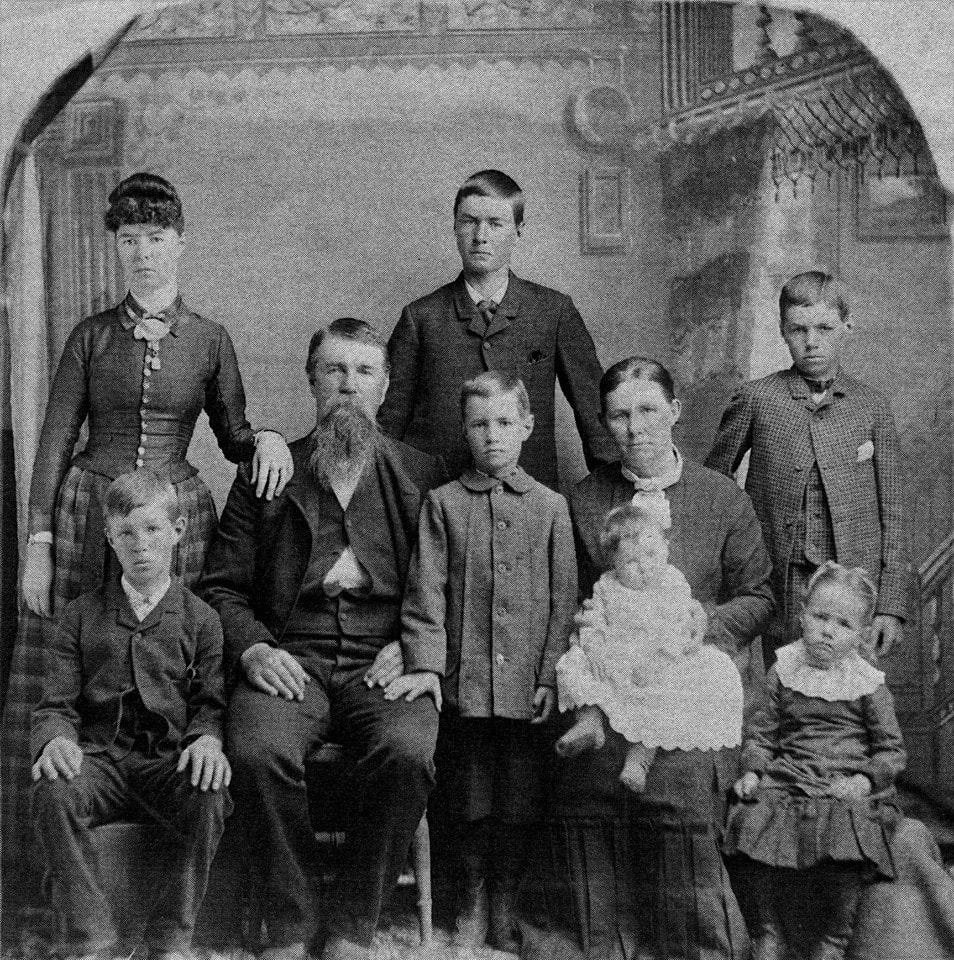 A younger brother of William McNeal, who died in the War. 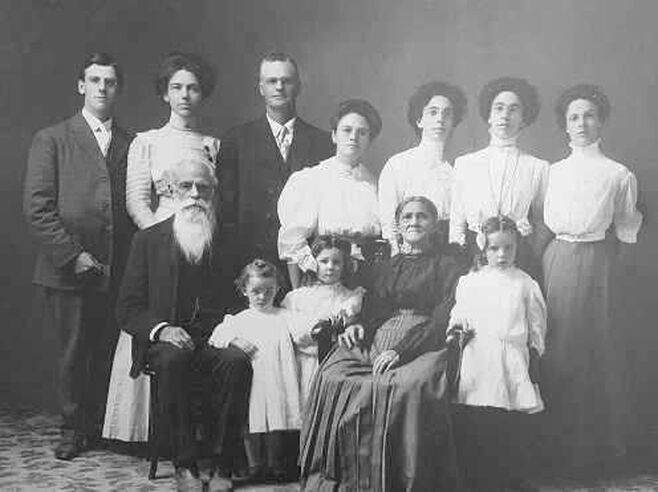 Photo 10750, John C. Smith and family, taken in Medford, Oregon in 1909
This photograph was shared on Ancestry in 2020 by "LadyOracleOKC."  With the photograph she transcribes a 1973 narrative about who is in it:  "This picture of the Smith family was taken in Medford, Oregon in June or July 1909. The ages given are as of that year. Standing in back row, left to right: John Clive Smith (age 26): Daisy Elzona Dungan (age 34): James Lucas Smith (41): Mattie (Jims wife) (age unknown); Delma Elvina Jones (29): Alma Lovena Bootoms (29): Marie Antionette Hodge (23) Seated: John Carter Smith (77): Saran Antionette Smith (66): (Parents of those in the back row ecxept for Mattie) At the time this picture was taken there was another daughter, Clara Isadore Caselton, Iving in Nebraska but was unable to be on the west coast until after the picture was taken, There was another son, William Lindsley Smith, not in the picture. We do not know if he was alive at this time as he did not keep in close touch with others. The LITTLE ONES are (left to right) Beatrice Jones (Schneider) age 2: Now living in Stockton, Calif. Berniece Jones (Creason) age 4: Now living in Talent , Oregon. Vivian Hodge (Cook) age 5: Now living in Phoenix, Arizona. Delma Jones is the only one in this picture, other than the three "Littleones", living at the time this is being typed, March 1973. She will be 93 years old on Sept. 22 1973. She lives in Yreka, California but spends the winters in Stockton, Calif. with daughter Beatrice Schneider."