Log Cabin Quilt in the Log Cabin
Robert Turner was in the first group of settlers in Pawnee County, coming here with Christian Bobst in 1854.  This cabin was the home of Turner, his wife Mary, and their children.  It was originally located 18 miles south of Table Rock, near Dubois.

Over the years, it had been encased in various added rooms so that the cabin was no longer evident.  The house was abandoned for years.

After  Walter & Lena Hecht offered the cabin to the Historical Society, members joined in to go get it.  Floyd Vrtiska recalls that when they arrived, one of the men who had come to help asked where the cabin was.  Floyd pointed at the old house. "It's there.  You'll see it soon enough."

They stripped the structure off the cabin, disassembled the cabin, and brought it to its present location.

​Each piece of the structure was marked so that it could properly be reassembled.  Unfortunately, the markings were in chalk, and it rained before they could reassemble the building.  Those involved describe, with good humor, the difficulties in figuring out what was there.  They experimented a log at a time.  They succeeded, as you can see when you visit the cabin across from the northwest corner of the Square.
Turner descendant George Turner stands in front of the 1854 Turner Cabin. 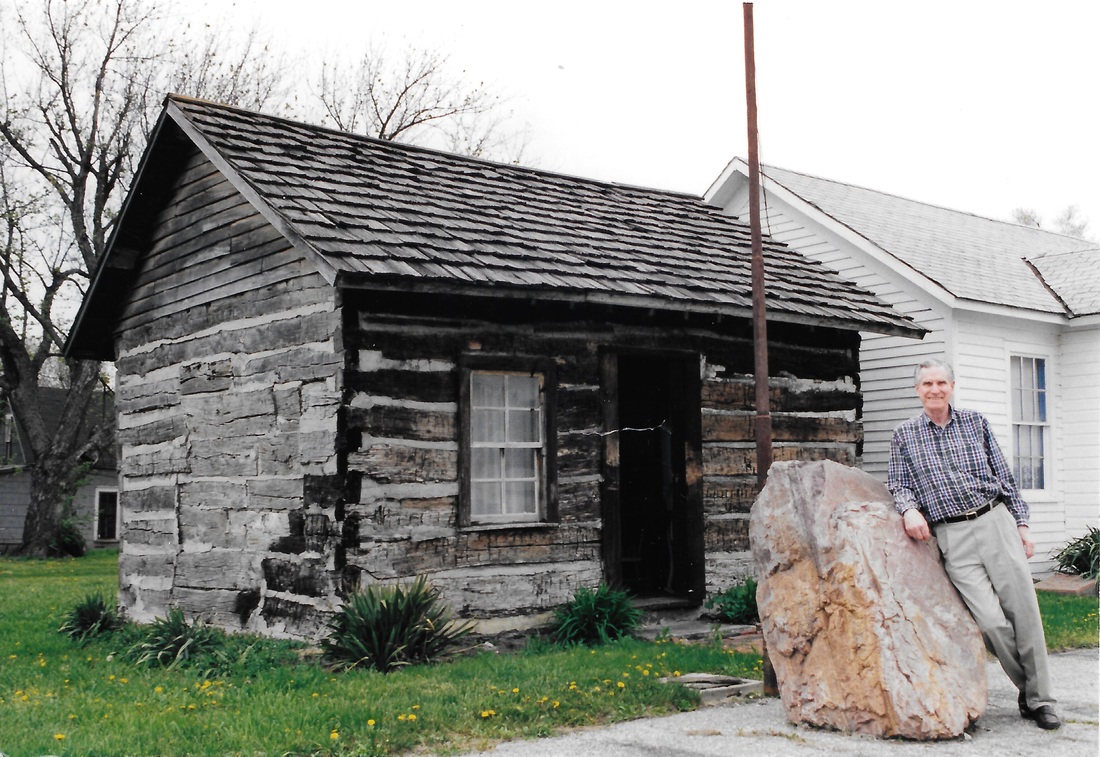 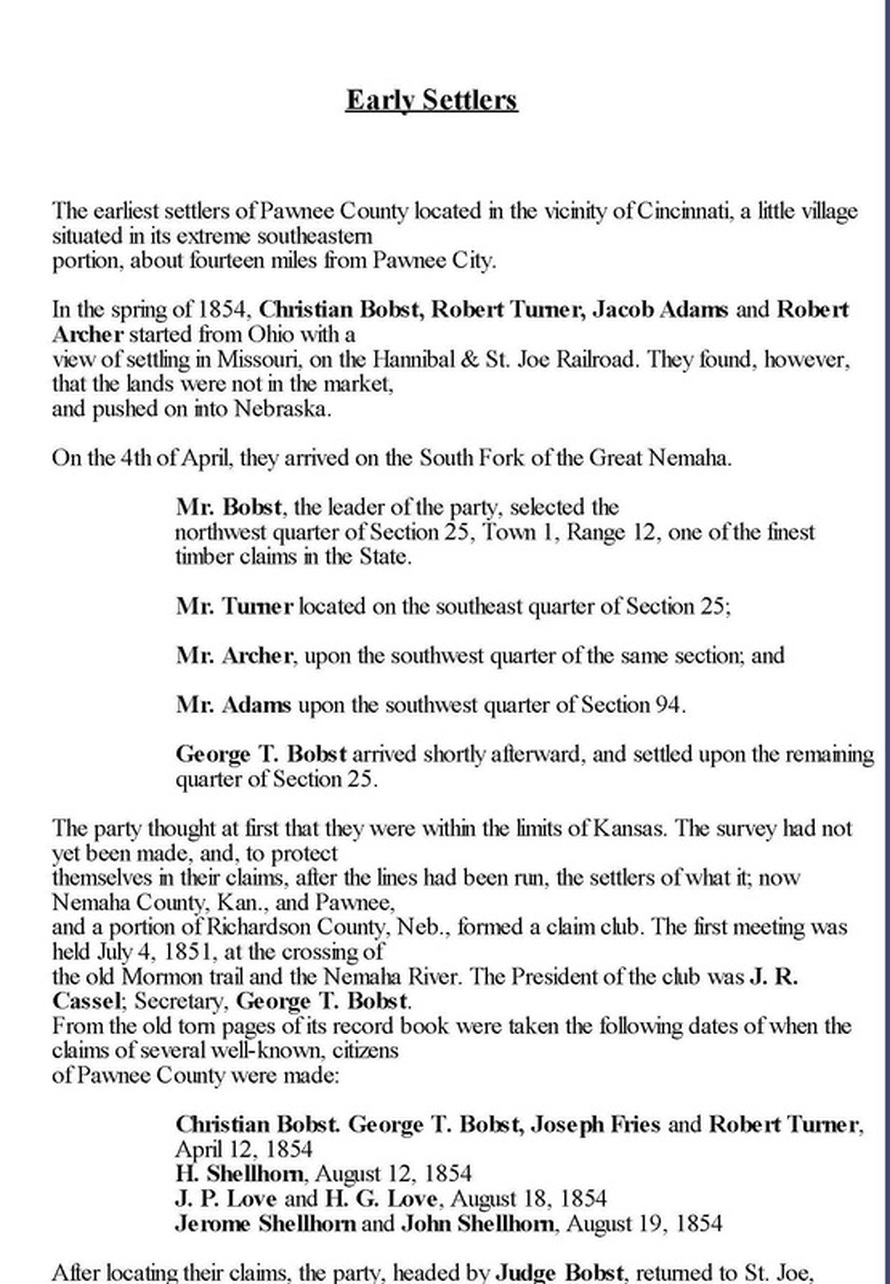 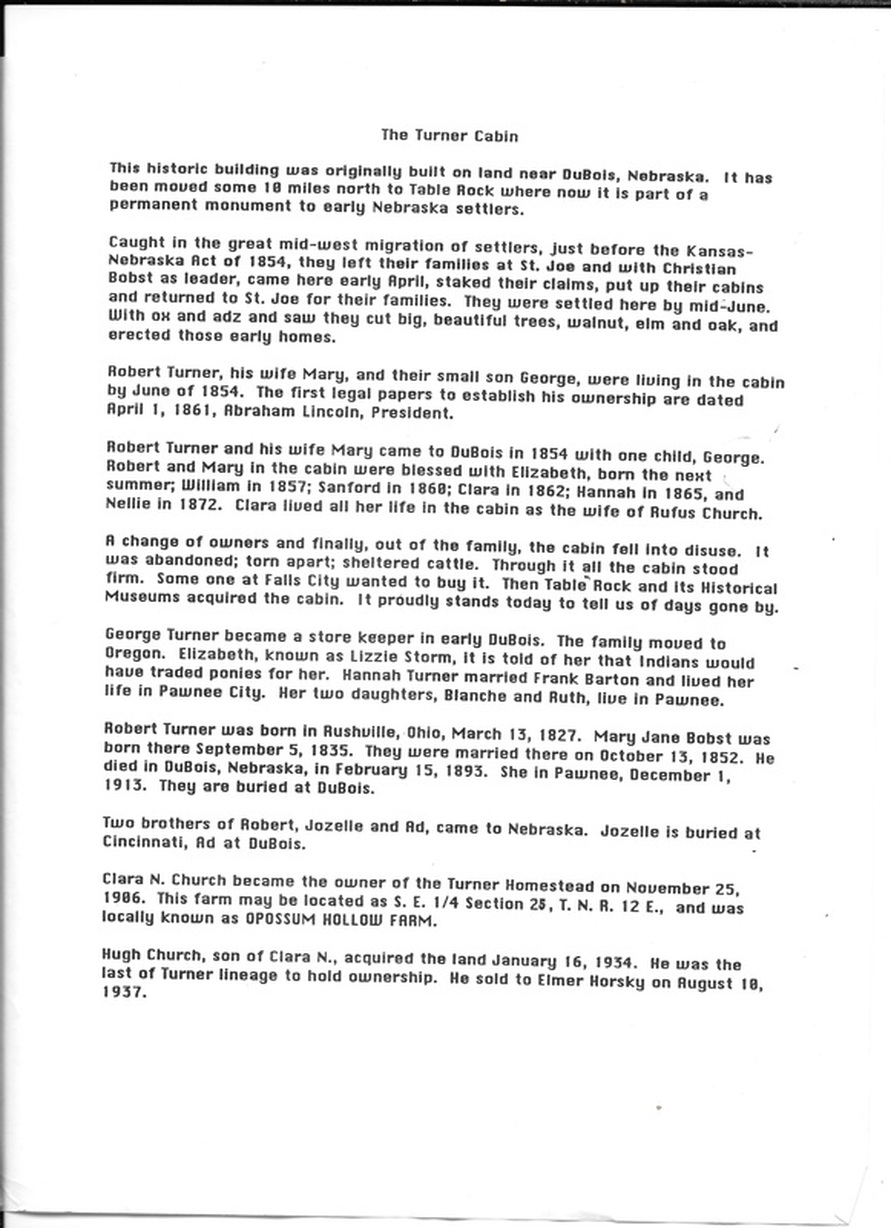 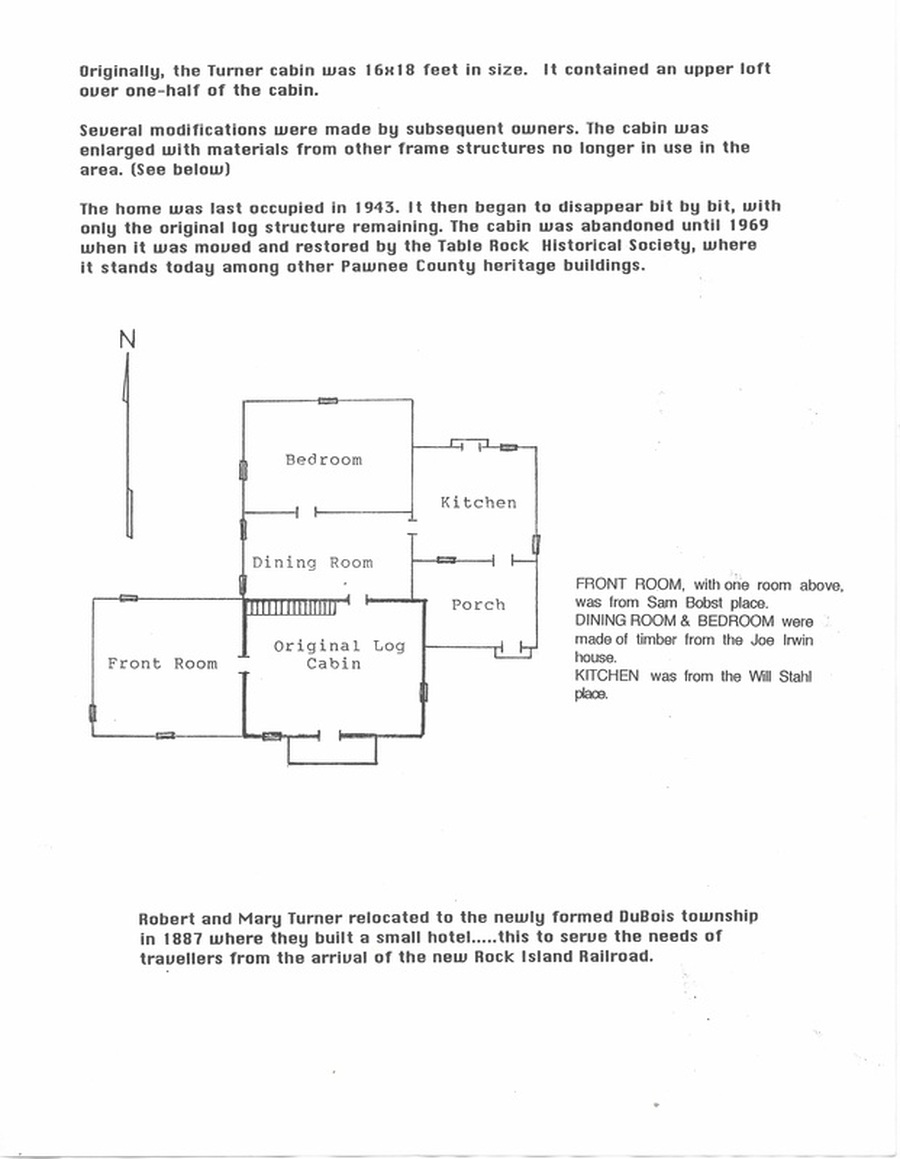 original location of the cabin

Map of the original location south of Dubois near Cincinnati, now a ghost town: 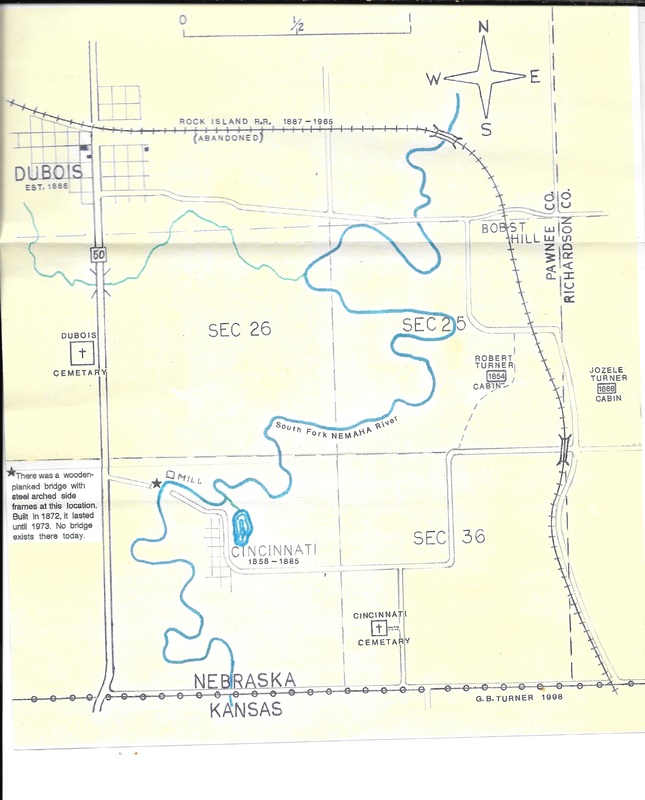 The encased cabin as seen at the original site: 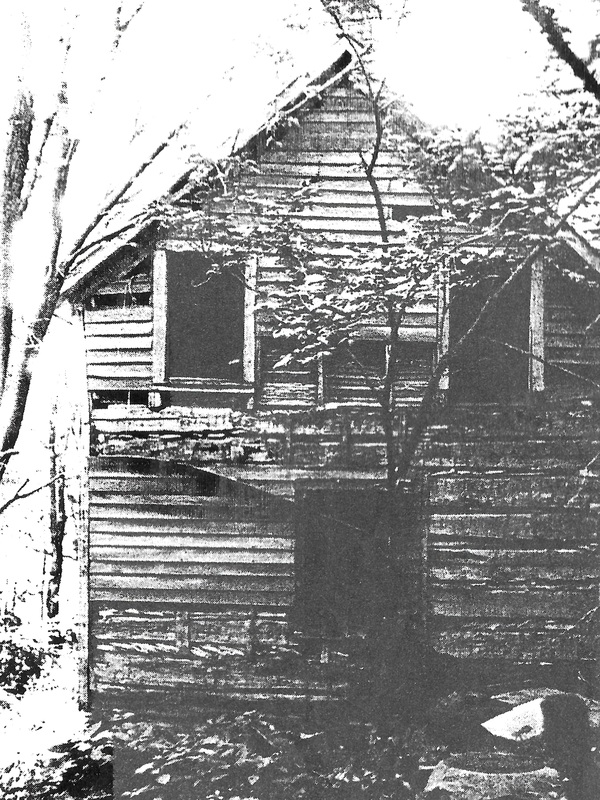