The Dow home near Table Rock, after its days of glory. Photo 7755, shared by John Kent Dow.

John and Lucinda Dow (1812-1864, 1818-1897) are buried elsewhere. They had four children, two of whom -- Mary Jane & David Pierce Dow -- ended up in Table Rock and are buried here.  Their daughter Martha is buried in Humboldt and their son Martin is buried in Arkansas. 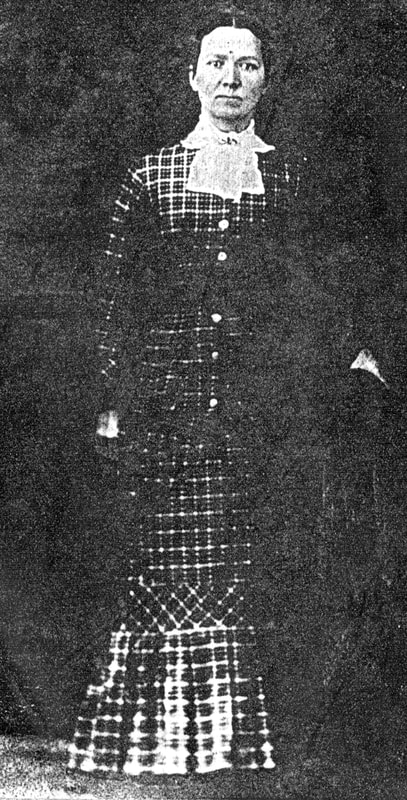 David Pierce Dow married Emma Lucinda Kent on March 11, 1883 at Michigantown, Indiana and to their union was born three sons, Louis Kent, Adrian Jay (who went by Jay), and David Neal Dow.  Jay Dow is buried in Table Rock, Louis in Kansas, and David at a place presently unknown.

We have no pictures of David and Emma or any of their children.

According to Clarence Dennis Read in a January 2019 post on the Historical Society's Facebook page, the 1917 plat map of Pawnee County shows that David Pierce Dow owned land in township 3 north range 12 east section 26 for 320 acres and 80 acres in section 25. His wife Emma Lucinda Kent owned 160 acres in section 25.

As to David and Lucinda's son Jay Dow, Clarence says he has been working on learning about him, there is not a lot of information available. "It doesn't appear he ever married and was a farmer most of his life. He served in the Nebraska National Guard for about 18 months not sure of the dates on that. From his WWI draft card it says he was of medium height and build with Brown hair and eyes."

​David Pierce Dow, son of John and Lucinda Dow was born near Michigan Town, Indiana, November 19, 1849 and died at his home near Table Rock, Nebraska at the age of 87 years, 5 months and 16 days.

In 1883 he was united in marriage to Emma Lucinda Kent. To this union four children were born.: Louis K. Dow, Adrian J. Dow and David N. Dow; a daughter died in infancy.

In 1884 Mr. Dow established his home on a farm near Table Rock where he died.

He was preceded in death by his wife whose funeral was held in October 1933. Four sisters and one brother also preceded him in death. His sons, Louis K. Dow of Manhattan, Kansas; Adrian J. Dow of Table Rock and David N. Dow of Medford, Oregon and one sister, Mrs. Frances Evans of Forest, Indiana also survive and mourn his death, as well as many other relatives and friends.

The long life of Mr. Dow is a tribute to his clean morals and integrity. He worked hard, prospered and saved, and altho he was a man who never spent much time away from home, he was well known because of his fine farm home and his financial interests.

Funeral services were held at the Methodist church on Tuesday afternoon, May 11th, at 2:30, conducted by the pastor, Rev. A. L. Embree. The interment was in the family lot in the Table Rock cemetery.

Jay Dow (1890-1974) served in World War I, as evidenced by his tombstone.  He lived in Table Rock for many years, although he died in Iowa. We don't know anything else about him. He is not on the alumni list as a Table Rock graduate; it was not unusual in those days (1890s, early 1900s) for boys to stop schooling at the eighth grade. 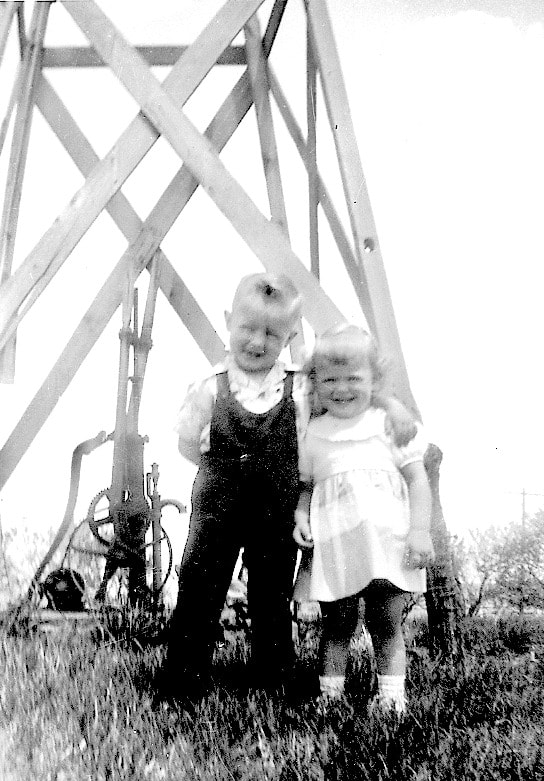 Doug and Teresa Bowen at Jay Dow's windmill pump. (Not related, probably neighbors.) Photo 7308, shared by Doug Bowen.
Note from  the editor: In 2018, we posted that Jay obviously had a farm, as evidenced by the picture below, taken in the 1950s.  In 2019, we received information from John Dow, a great grandson of David Pierce & Emma Dow saying that Jay Dow's home was actually the old Dow place where the three boys grew up.  And John confirmed that the windmill was at the old Dow home. He did it by producing a photo of the old place that showed the windmill! 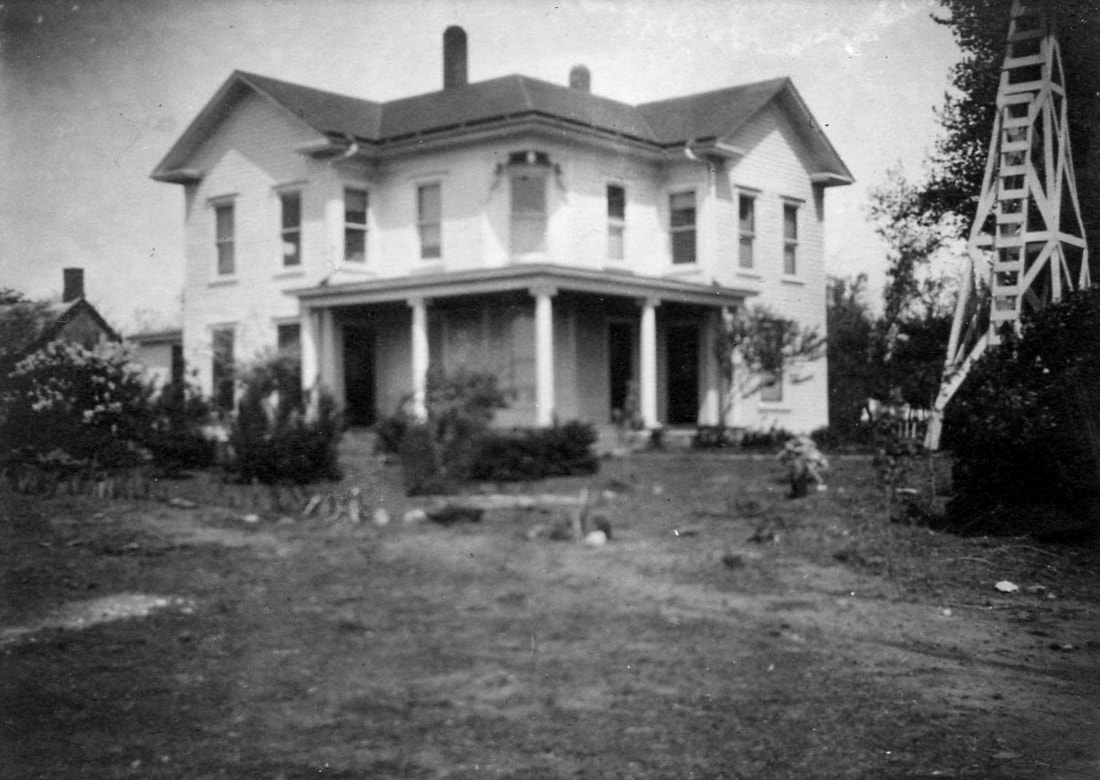 Photo 8003, the Dow home, shared by John Kent Dow/
There's that windmill again!  John Dow found this picture in his father's things (see more about him below) but he does not know who it is and there is no date.  He suspects it is a wedding couple with a chauffeur....  Or perhaps it is someone celebrating a wedding anniversary. Photo 8034. 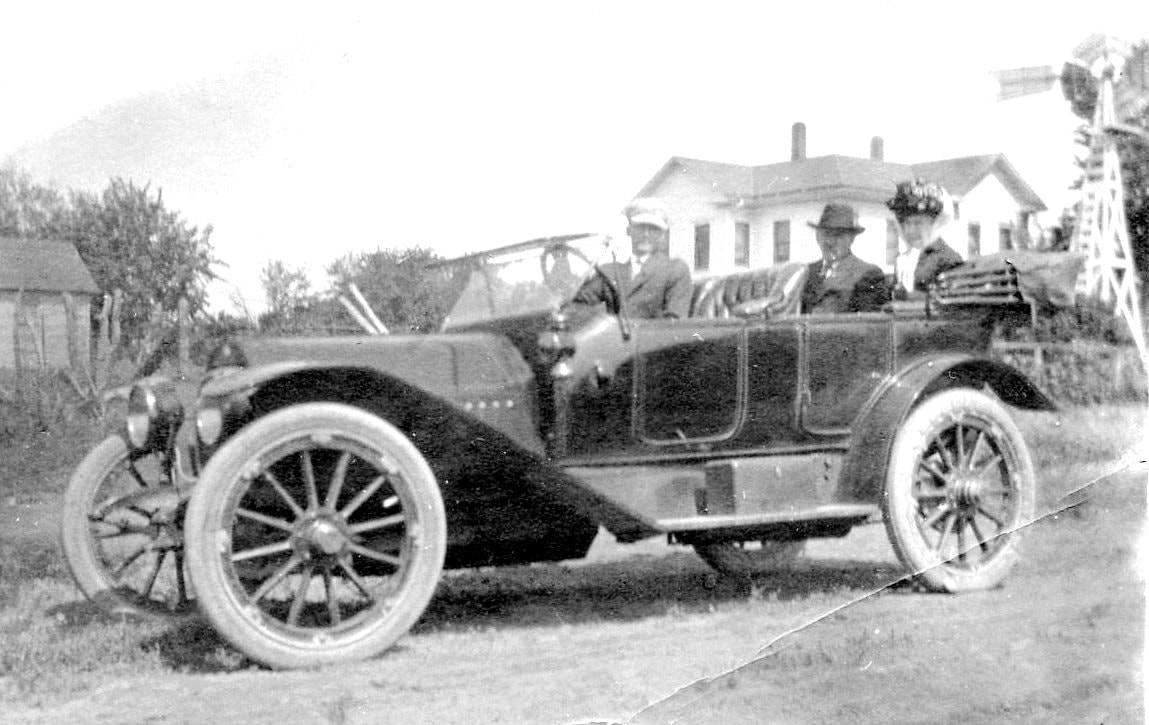 MORE INFORMATION ABOUT THE DOW FAMILY FROM JOHN KENT DOW

A Facebook post asking where Jay Dow's farm had been generated some memories in January 2019, with most of of them involving consulting aging fathers!