In December 2016, I talked with Dick.  Charlie was twice married; with Clara, his first wife, he had three daughters. After Clara died, he eventually  maried Lula and had additional children, including Dick's father Mike.

Dick recalls a family story about the four oldest girls, the children of Clara.  After Clara died, Charlie realized he could not give his daughters the attention they needed. He went to a family that he trusted with one of the girls, with a milk cow and calves.  "I need someone to take care of my daughter.  Here is a cow and some calves and you can feed her the milk.  But if I'm able to take care of them again, she has to come back to me."

In the end, he had distributed the four daughters, cows, and calves to three families. The girls were well treated.

Charlie later remarried, and went back for his girls.  All came but the baby, Eva.  Eva's family said that it "wasn't right" that Eva should be taken out of the only home she had known, she was only three or four when her mother had died. "You can come see her and she can come see you, but here must be her home."  He agreed.

Here is Charlie with his daughters with Clara -- little Eva on the horse, then Fern, Lottie and Myrl.  Judging by Eva's age, this picture was likely taken right after Clara's death and before he put them up with other families.  He had a penchant for having professional pictures taken of significant events in his work, and it would seem that a momentous occasion such as this may well have justified a professional; there were quite a number of photographers about who  would travel around. 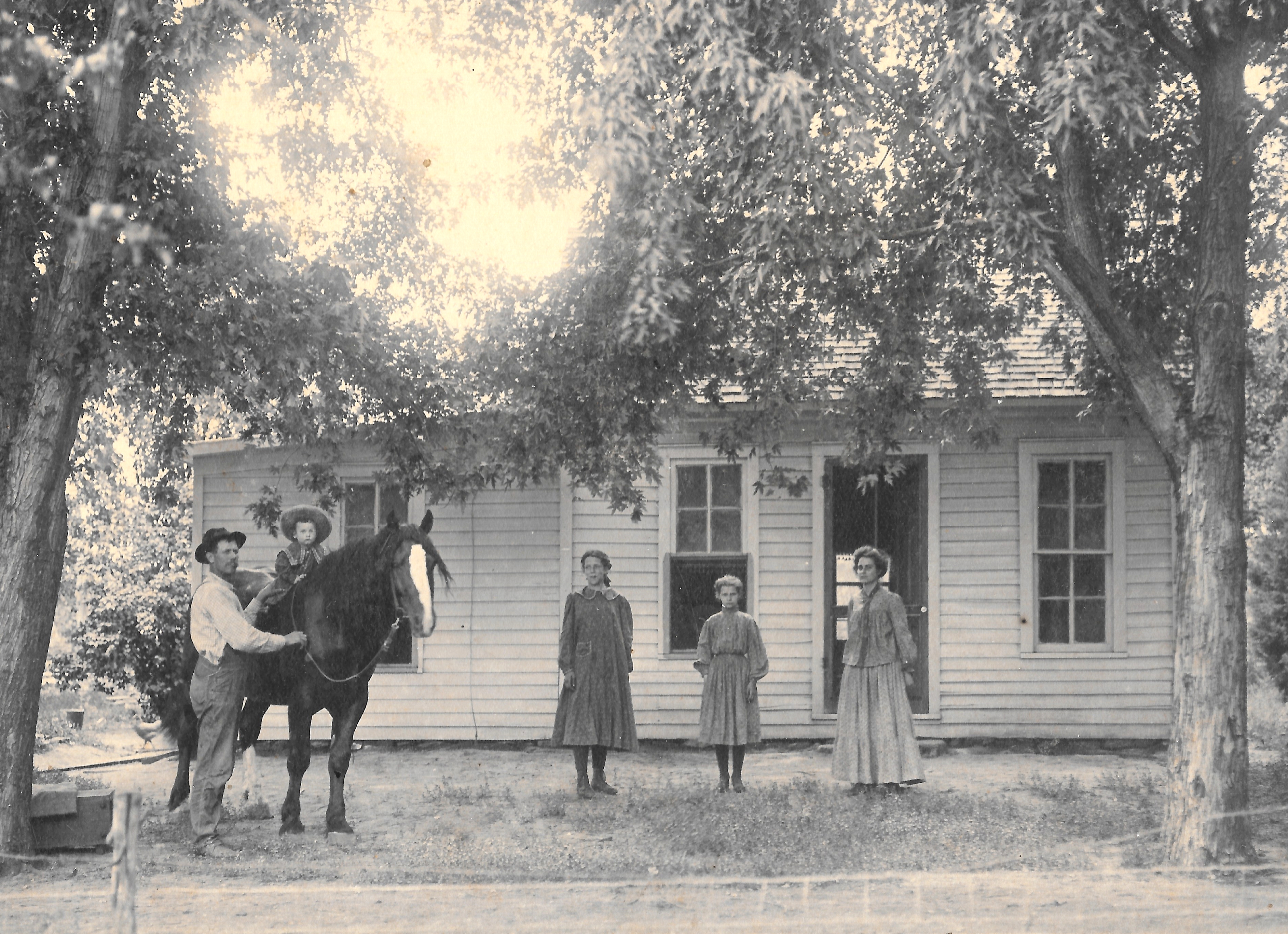 many years later -- charlie with his daughter lottie, her daughter mildred, and mildred's daughter rogene 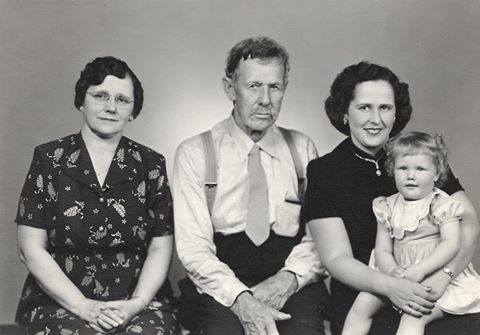 Lottie McCourtney Davakos is 2nd from the right in the picture of Charlie with his four daughters.  Her daughter Mildred Myer and granddaughter Rogene make this a four-generation picture. 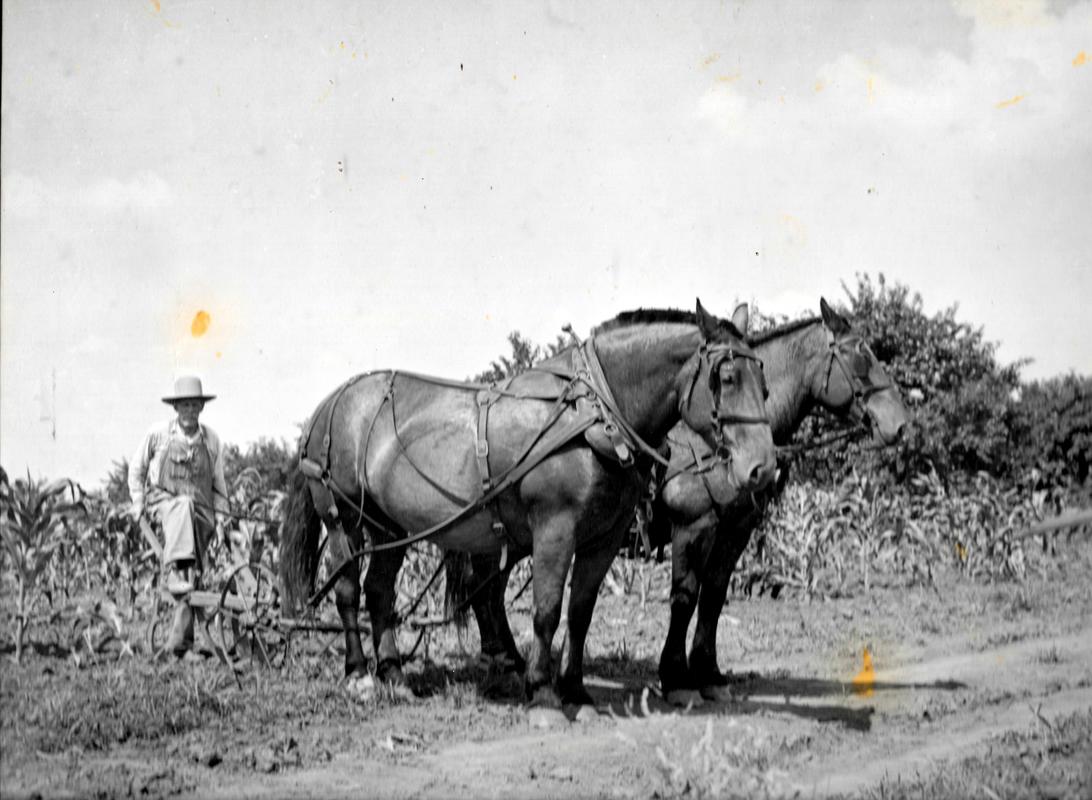 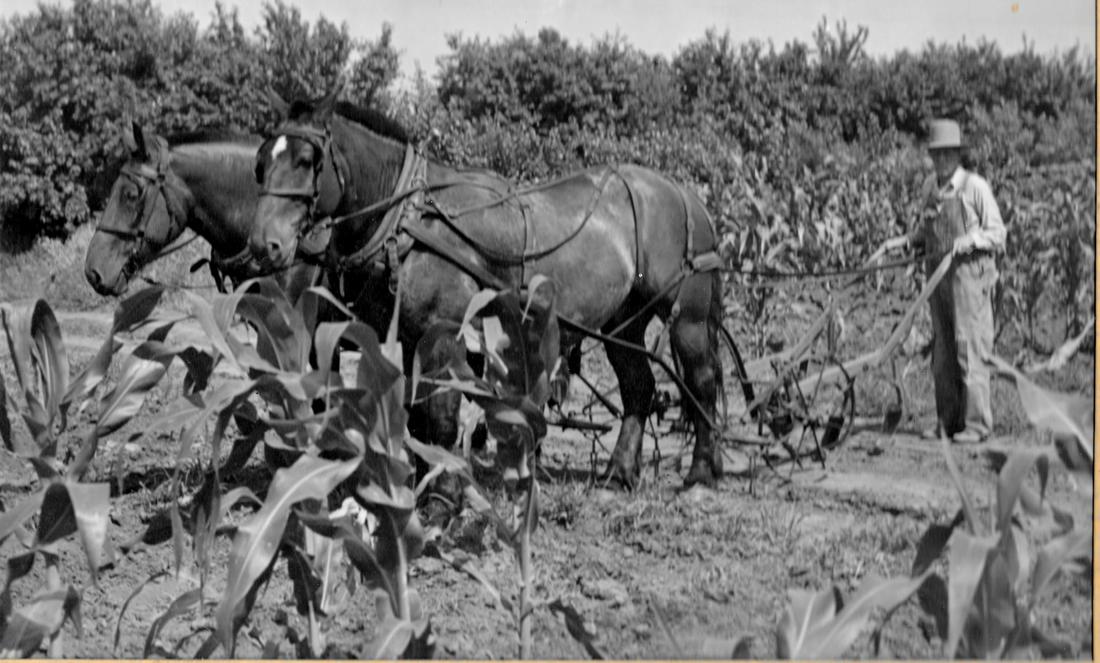