Private McNeal's tombstone is near the west entrance of the Table Rock Cemetery.  To the left is the stone of his mother.  The graves of other family members are nearby, including his sister Rosetta and her husband, his sister Nancy and her husband, and three infants of his brother James. 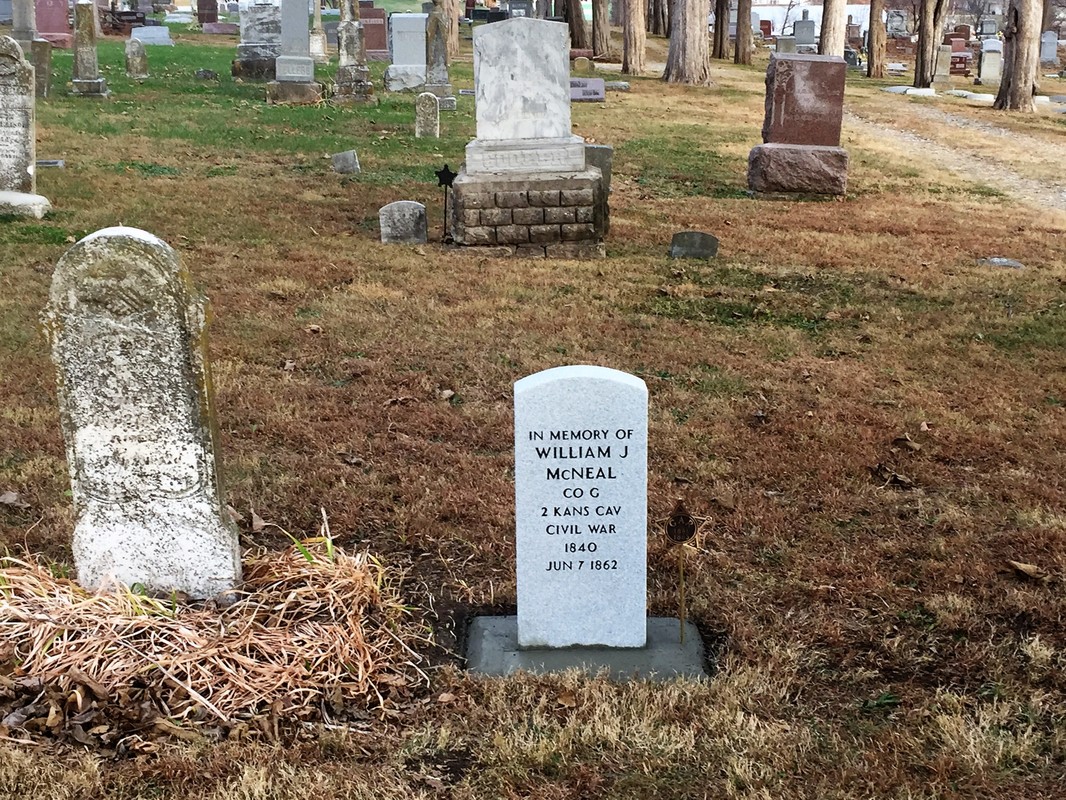 The tombstone was installed in November 2016, pictured here. With the help of Historical Society member Luella Hinrichsen, the grave of McNeal's mother was identified; she had remarried and was buried under a different name, as Eleanor Morton. With the help of the Table Rock Cemetery Association, Private McNeal's stone was placed in the family plot next to that of his mother.

dedication of a cenotaph tombstone

​The burial ceremony of the Grand Army of the Republic included a closing prayer:

It seems well we should leave our comrade to rest in honor where over him will
bend the arching sky, as it did in great love when he pitched his tent, or lay down, weary and footsore, by the way or on the battlefield for an hour's sleep. As he was then so he is still - in the hands of the Heavenly Father.

Let us also then remember those honored dead who did not return to hearth and home, but lie in resting places known but to God.

Young William McNeal III is one of those who did not return.  He lies in a resting place known but to God.  Company G of the 2nd Kansas Cavalry was crossing the Kansas River under circumstances unknown, perhaps high water, and he drowned. His remains were never recovered.

A military stone has been secured, and it was installed with funds raised for marking the graves of Civil War soldiers.  This stone is a special type, reserved to mark a place of remembrance for those veterans whose remains were never recovered. It is known as a cenotaph, i.e., a tombstone for an empty grave.  Such military stones bear the words, "In Memory of...."

Now it is time to dedicate it.  The Sons of Union Veterans of the Civil War will conduct a formal ceremony based on the burial ceremony once used by the Grand Army of the Republic, the Civil War veterans organization.

about the dedication ceremony 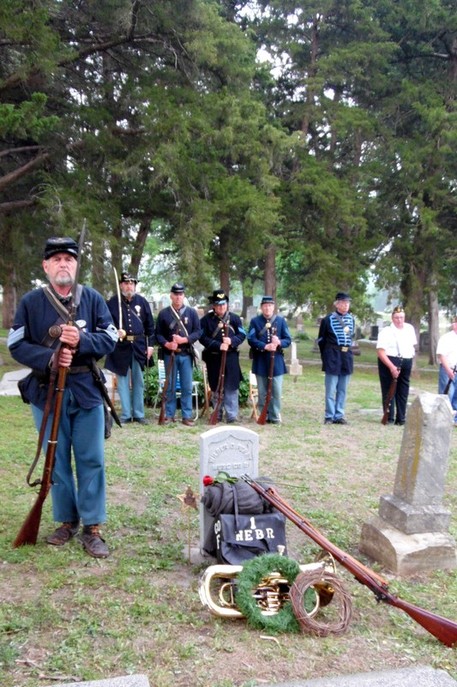 Guard at the stone of Wilber D. Perry during the 2016 dedication of Perry's tombstone.

more ab0ut the groups
​who are participating

About the Sons of Union Veterans of the Civil War

About the Daughters of Union Veterans of the Civil War

For a couple of years, now, the Scouts have helped the American Legion put out flags at the graves of armed forces veterans buried at the Table Rock Cemetery.  Eagle Scout Trent Plager of the troop assisted in accepting delivery of Pvt. McNeal's flag from the U.S. Army; the flag was delivered in advance of the ceremony.  And the troop plans to attend the ceremony and assist.

The American Legion was established in 1919 following the trauma of World War I.  The Legionnaires of Table Rock have long been active in military affairs.  Among other things, they have placed flags at each of the graves in the Table Rock Cemetery where lie a veteran or a man killed in war.  They do this every Memorial Day.  They once did it on Veterans Day, too, but now lack the manpower.  In 2016, the graves of Civil War veterans Wilber D. Perry and Luther Mumford were dedicated by the Sons of Union Veterans of the Civil War.  The Sons invited the Legion to participate and the Legion did. They were part of the color guard and assisted in the 21-gun salute. 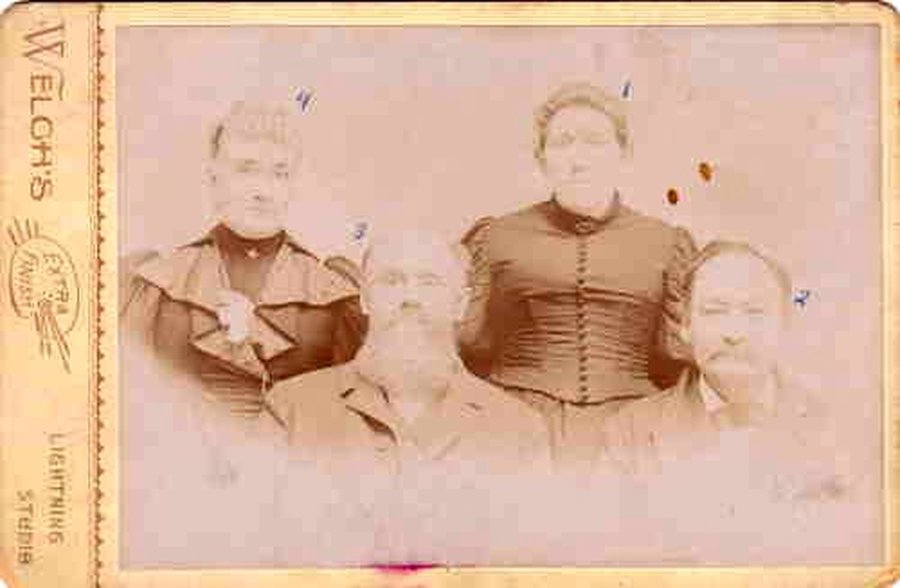 Mr. & Mrs. Charles Groom on the left. He was with the 47th Illinois Infantry.
View My Stats