bunker hill students in 1902 with goodenkauf kids in it

This is not Sandi's picture, but it is added because there are many Goodenkauf children in it.  You will see many of Sandi's pictures of the Goodenkaufs below. One of the 13 kids, Delphine, was her grandmother. This photo was given to Howard and Debbie Blecha by Arvid Blecha. This photo was labeled as District 51 but as Wayne Knippelmeyer points out, these kids are from Bunker Hill families. 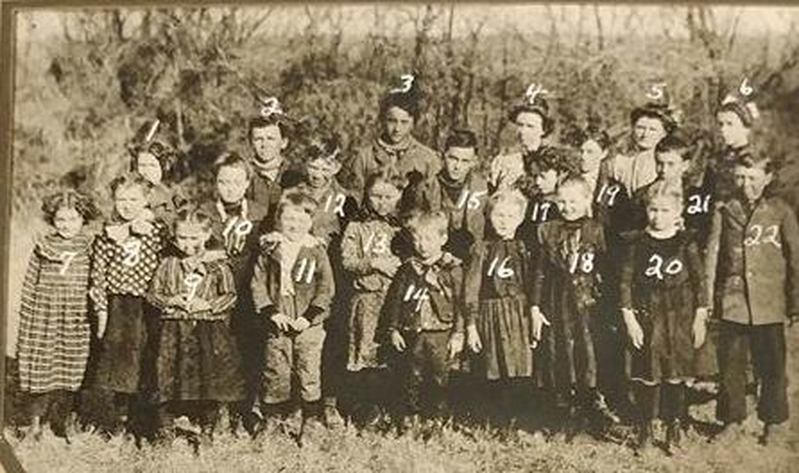 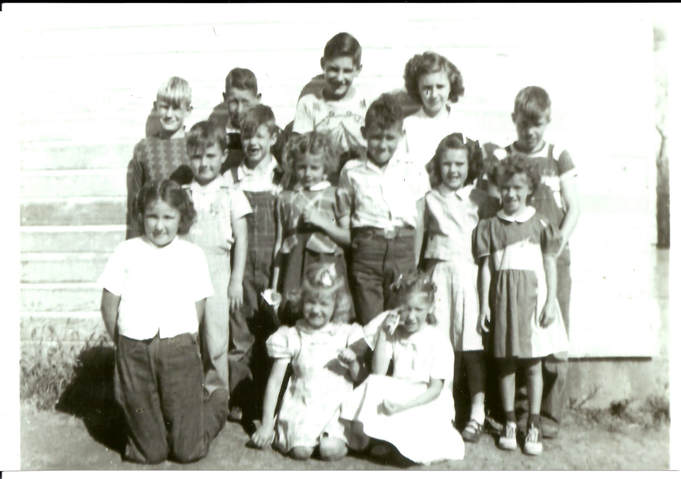 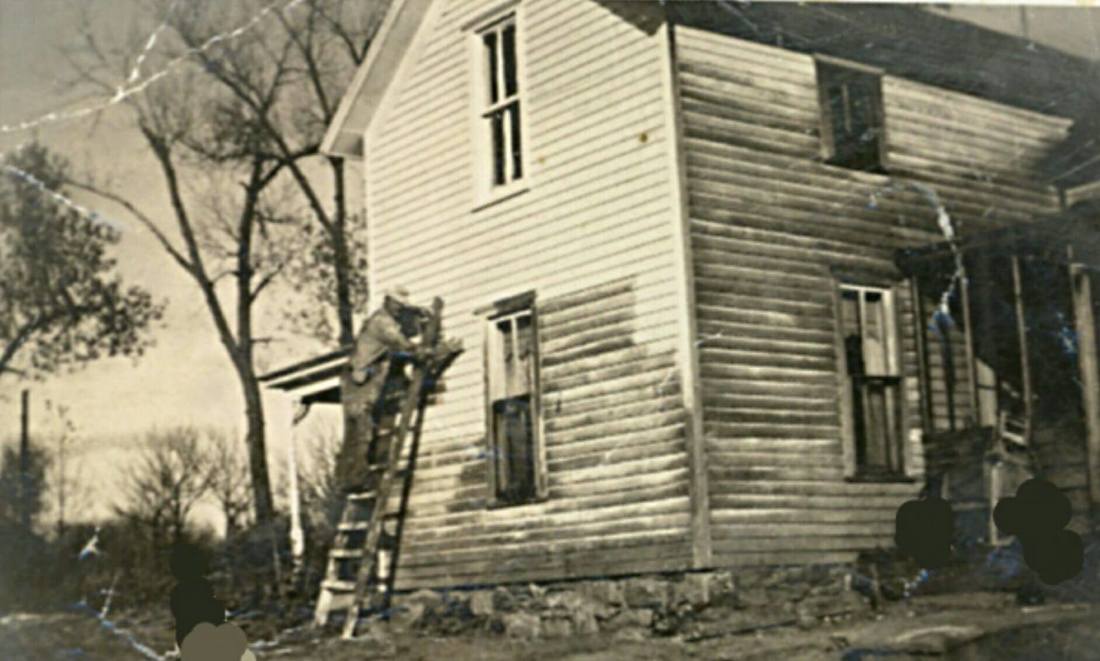 Photo 4004.
​Wayne Knippelmeyer shared this after pictures of farm houses were posted on Facebook with the comment that some houses were painted, some weren't.  This is the house Wayne lived in after the family moved there in 1946. As you can see, this is a "transition" photo, a house both unpainted and painted -- in the process of it, anyway.

Even more interestingly, this is the house was where Nick and Mary Goodenkauf raised 13 kids. The first were gone when the last ones were born.  The house had 3 rooms down stairs and 3 up stairs.  Pictures of Nick and Mary and their children are below. 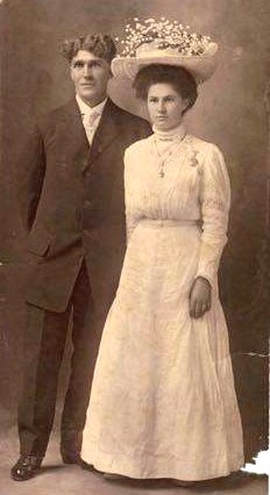 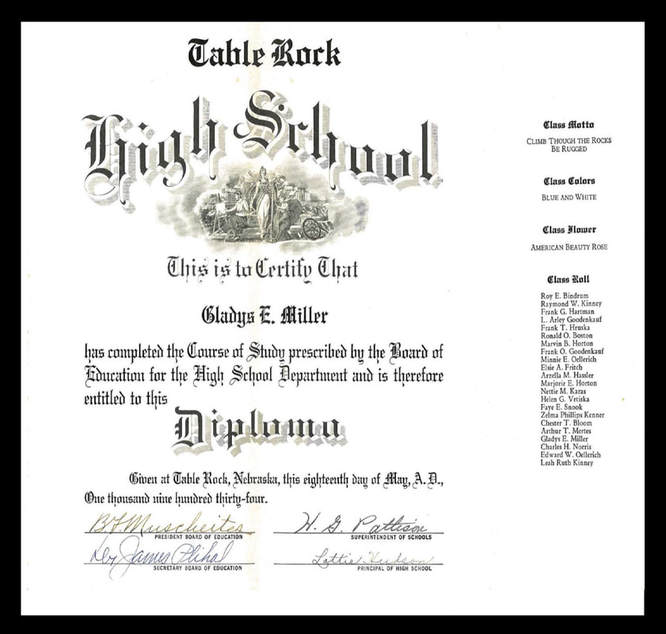 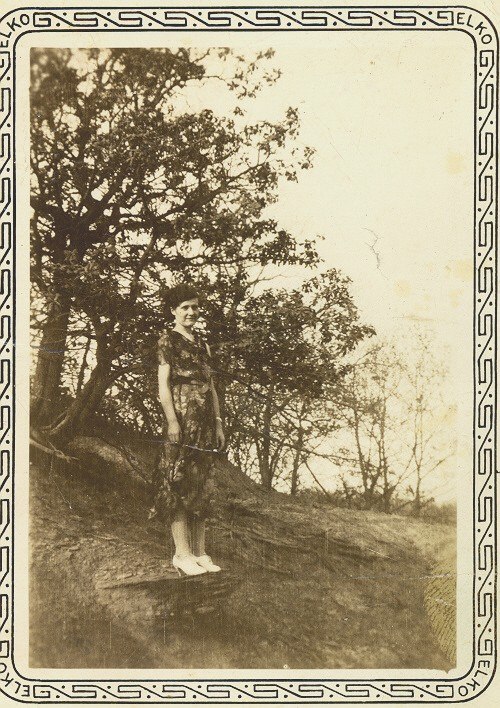 Gladys Miller Knippelmeyer in 1935, out at "the Rocks" area now known as Goat Hill. 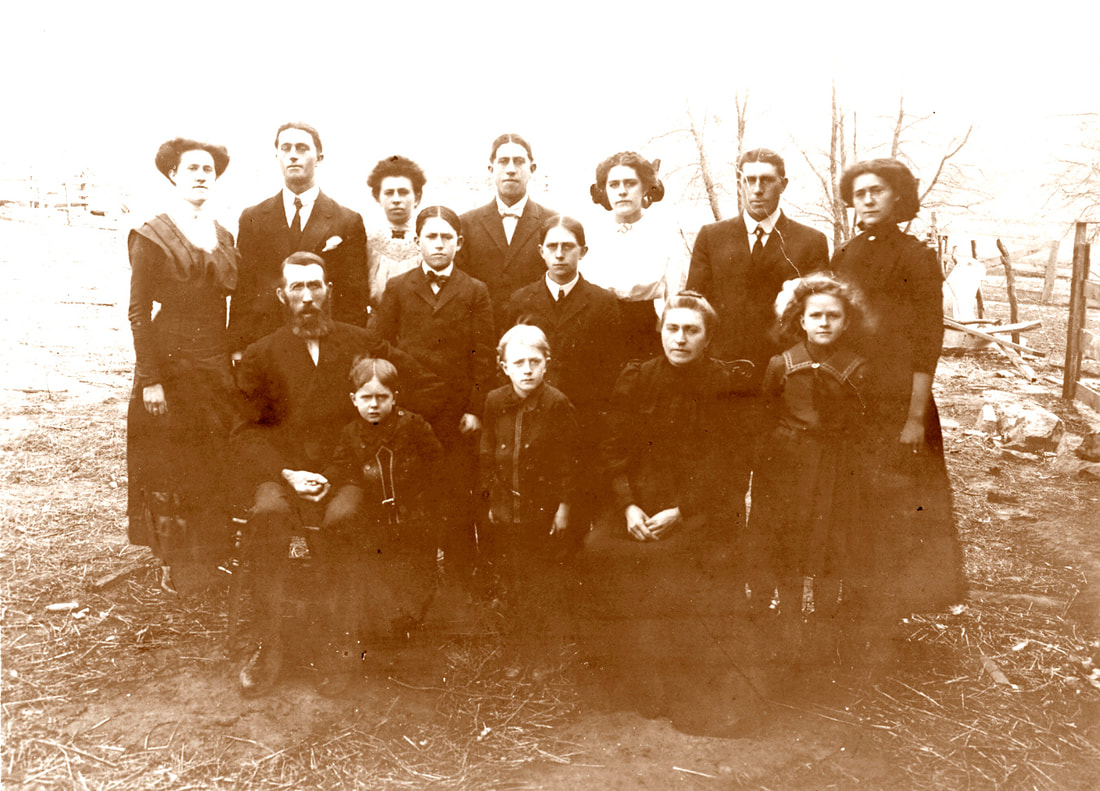 Photo 1472, Nicholas & Marie Goodenkauf with their children. Sandi cannot identify the siblings other than her great grandmother Delphine who is in the back row far left. 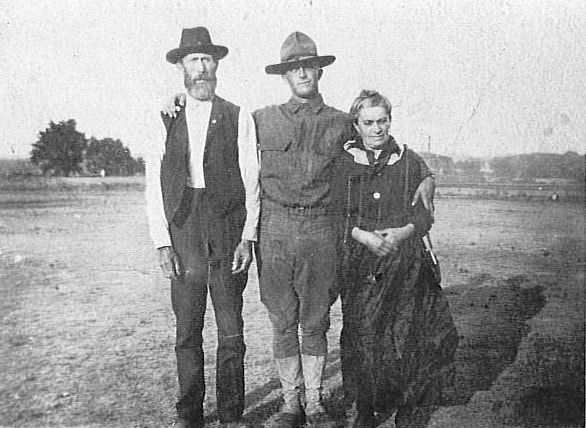 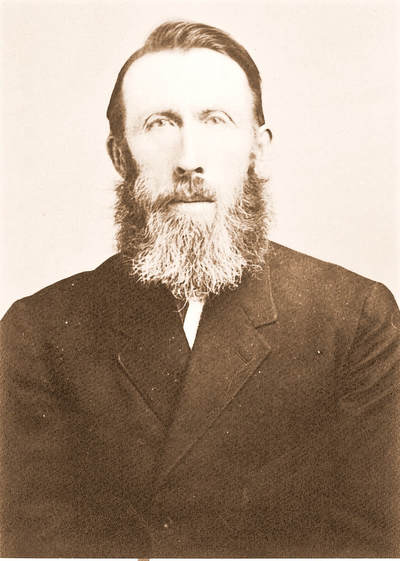 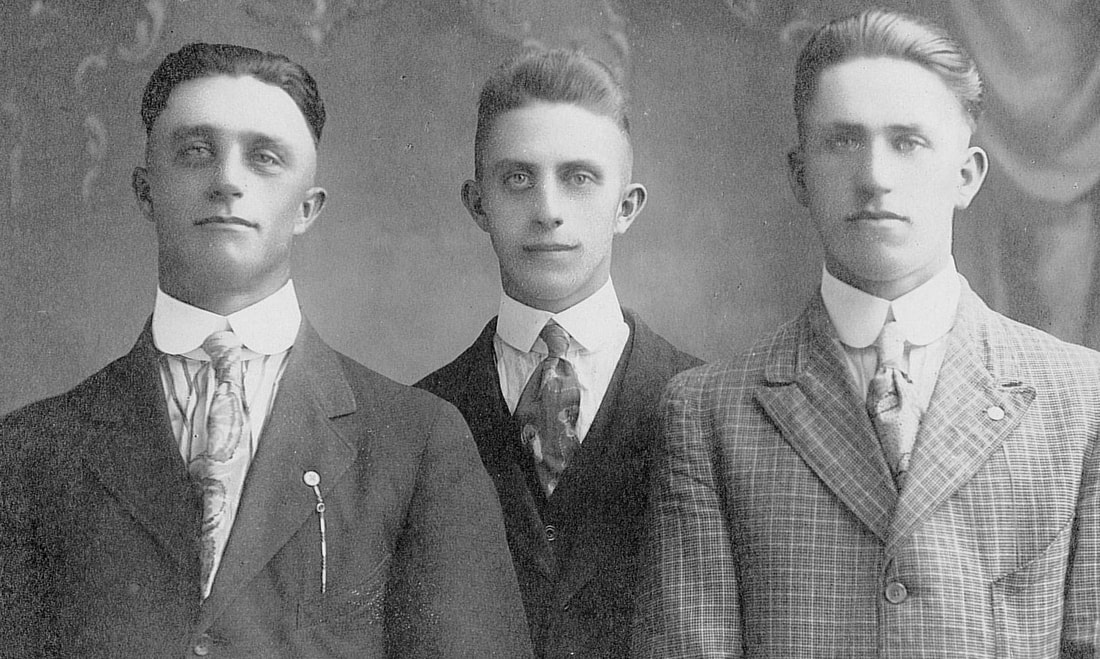 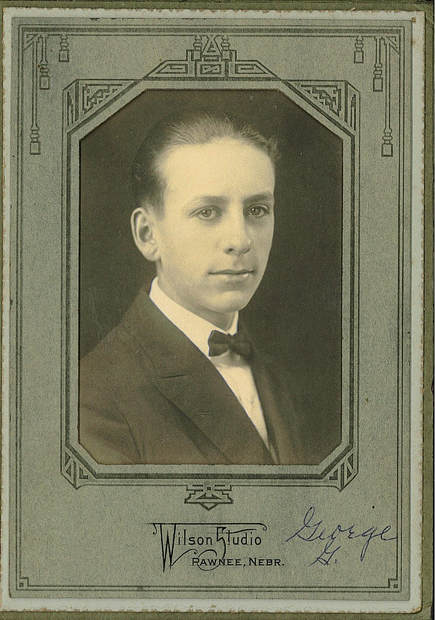 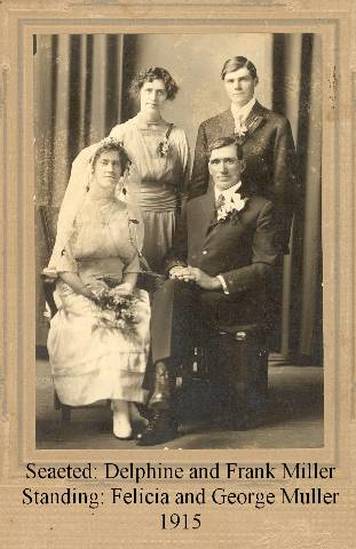 Front row Delphine & Frank Miller. Back row Felicia and George Muller. (Same family, but they diverged in the spelling.) Photo 1474. 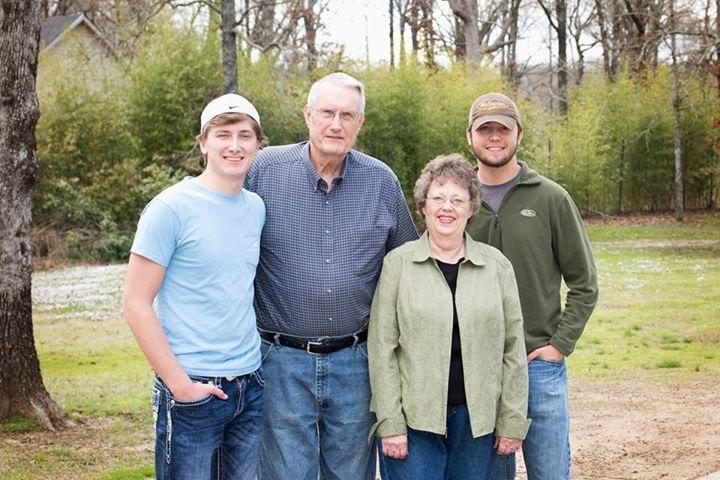