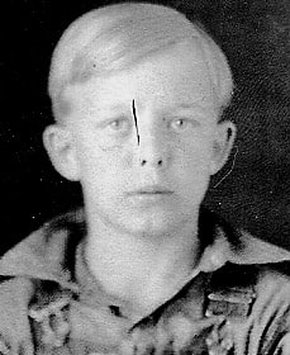 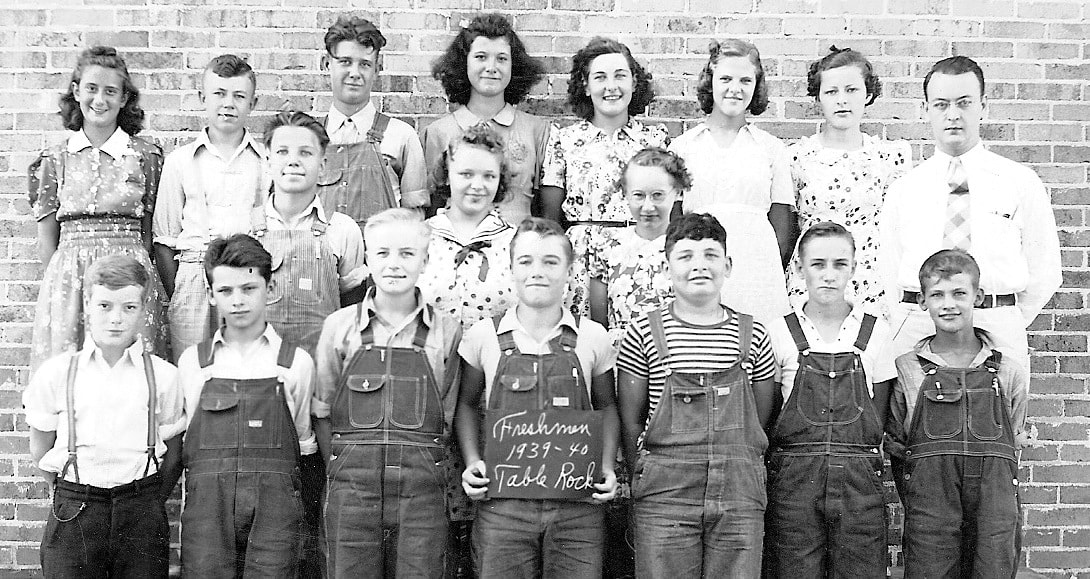 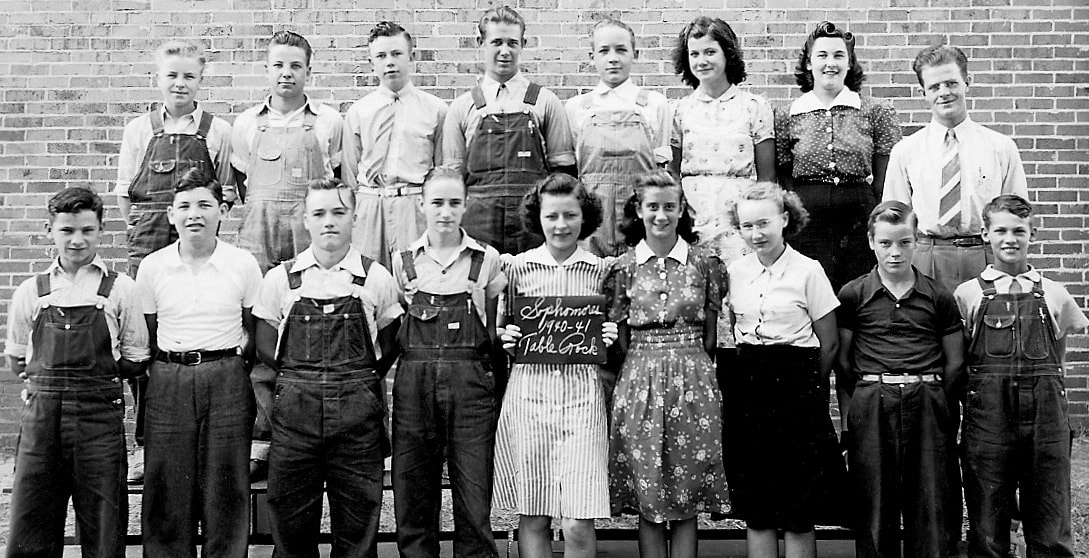 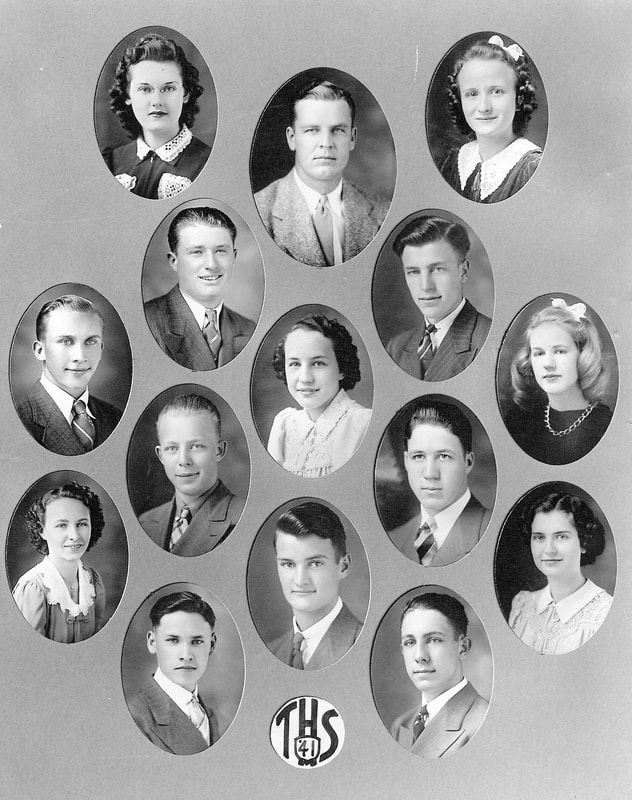 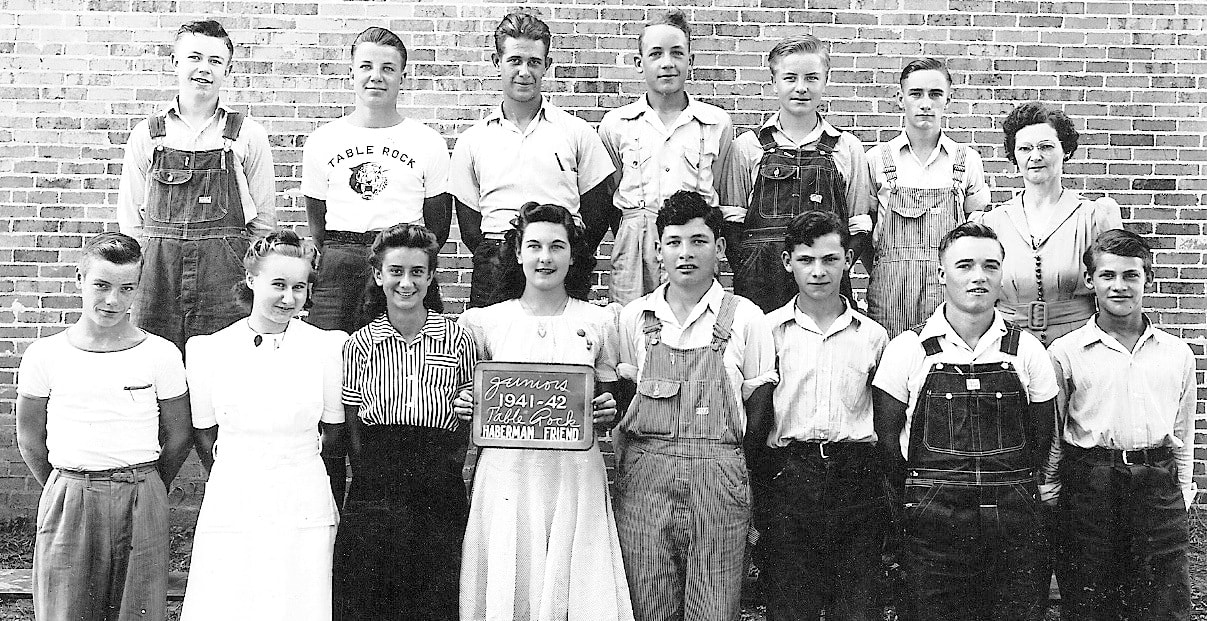 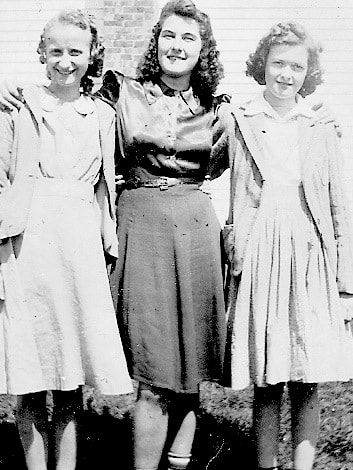 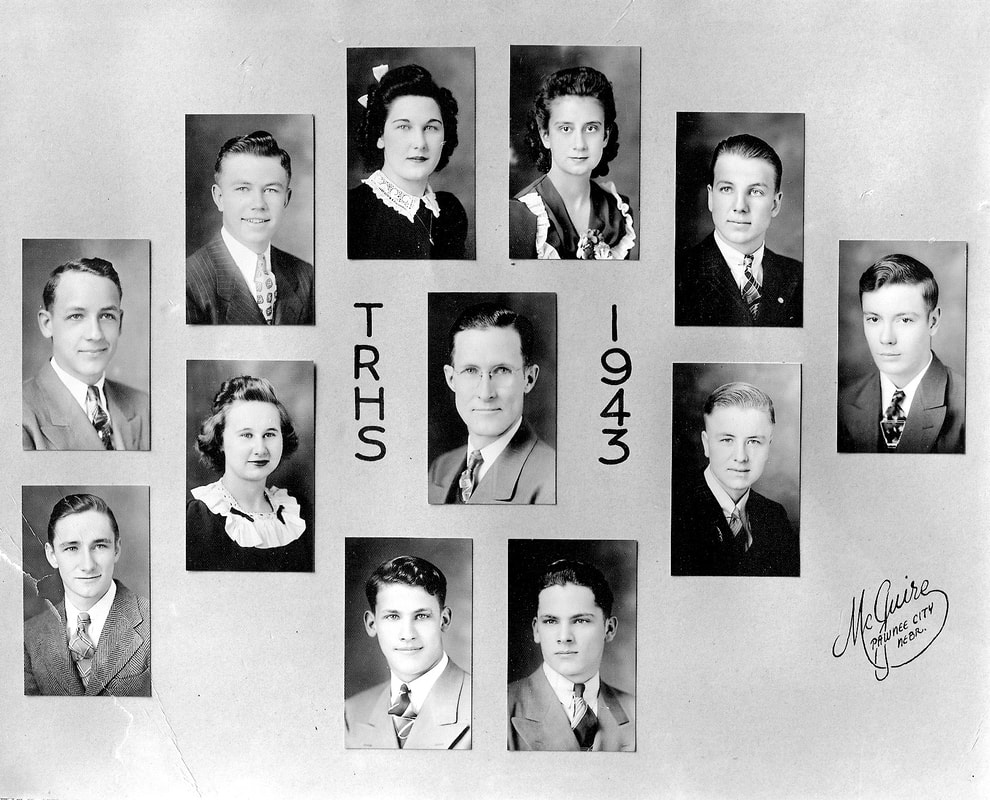 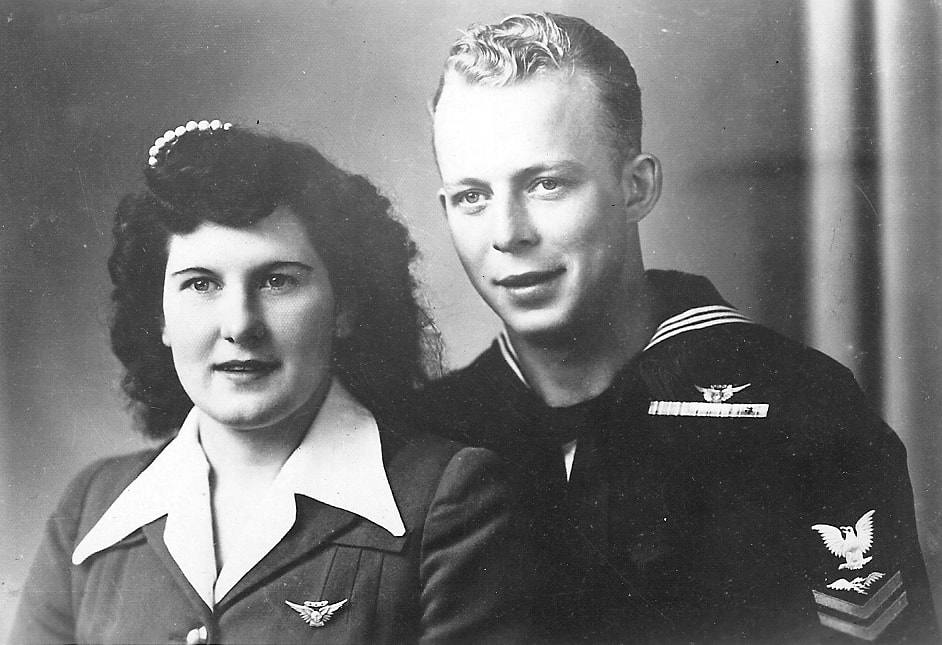 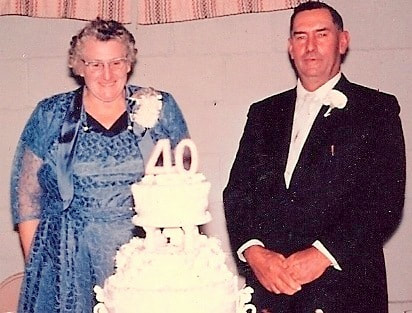 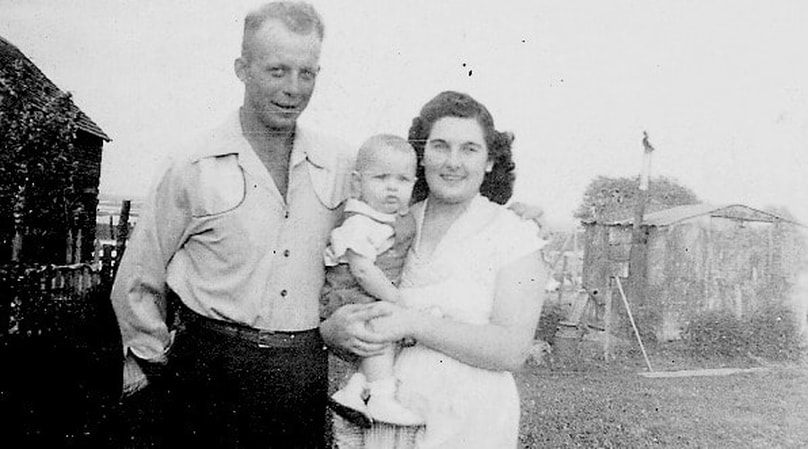 Donnita is the little girl in the back; she is the daughter of Dog's little sister Shirley. 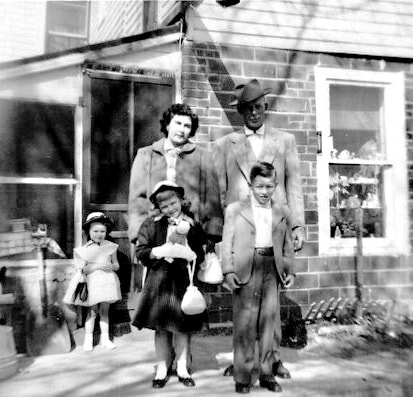 Here are Doug & Teresa (the two on the left) with cousins Greg Bowen & Donnita Paulson.  Gregg is the oldest son of Boyd's brother John and Donnita was the daughter of Boyd's sister Shirley. 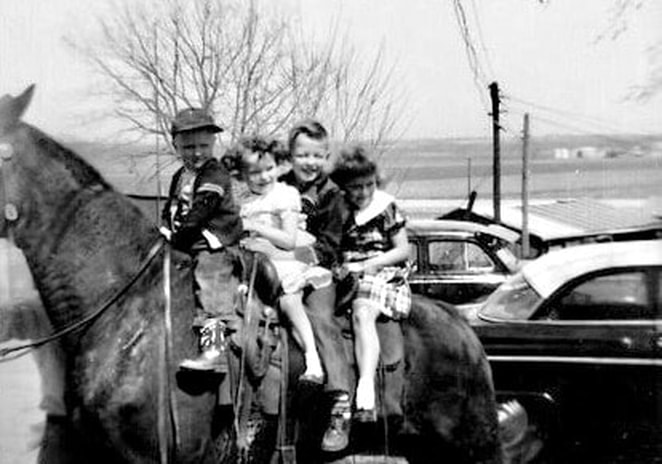 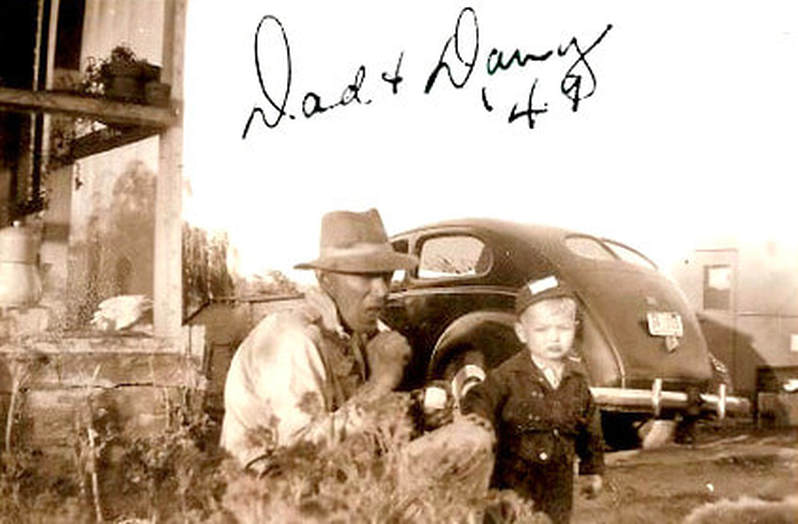 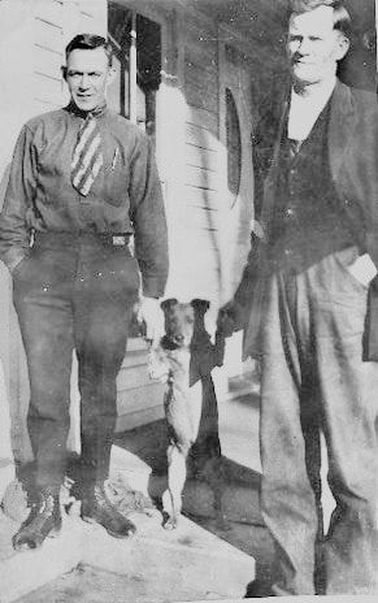 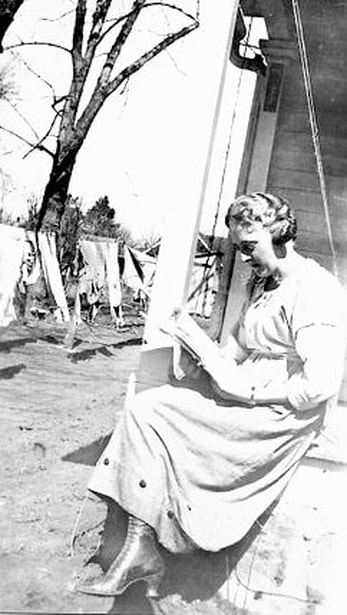 Photo 7318, Grandma Cecil Bowen, with clothes on the line in the background. 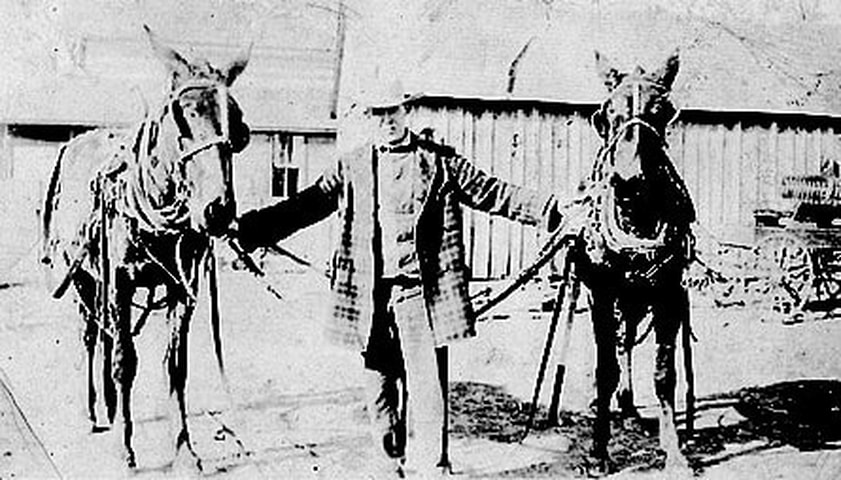 Photo 7323, Stanley Bowen with his team 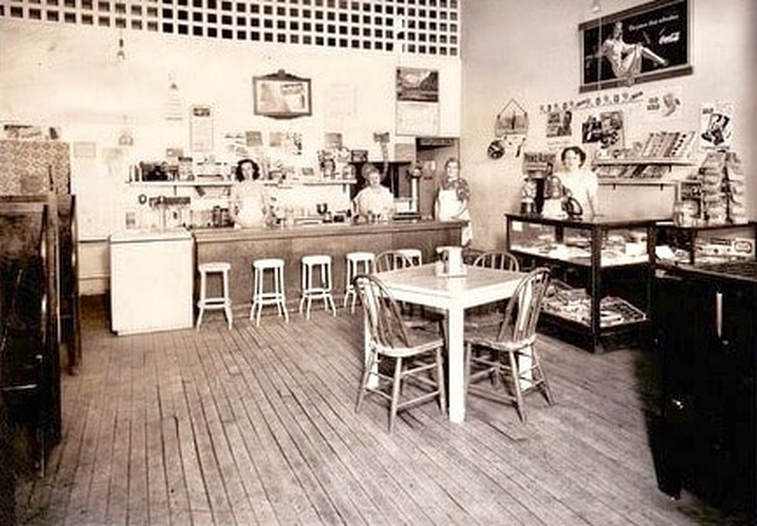 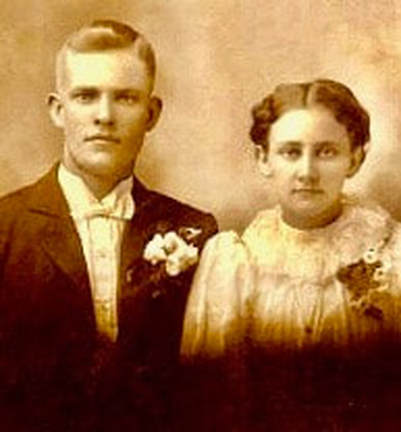 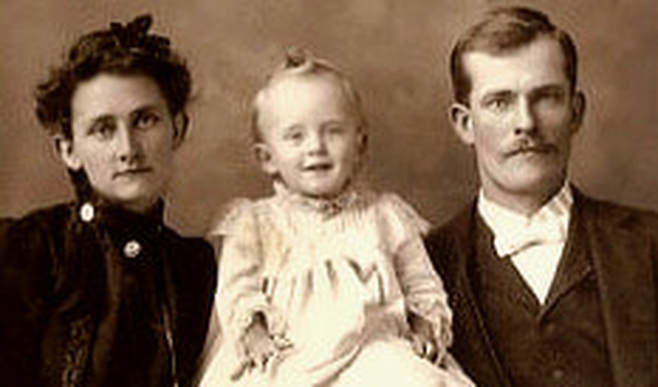 Photo 7328 - John & Maude Heer with their only child, daughter Cecile, who went by Cecil 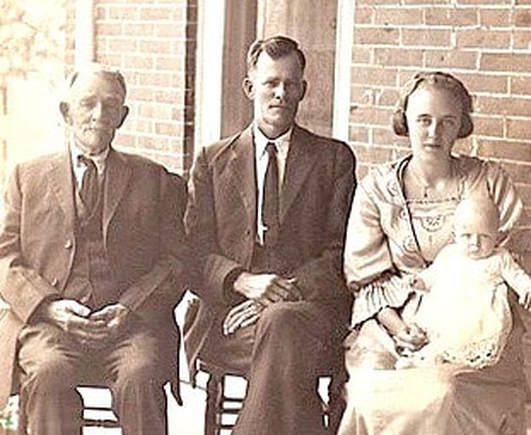 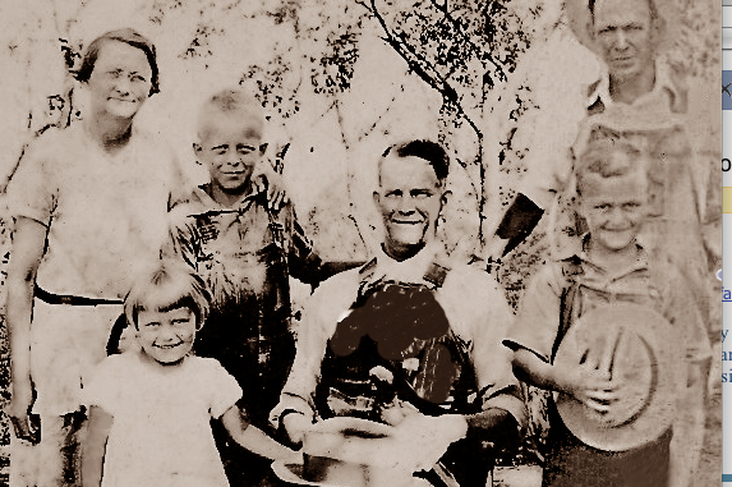 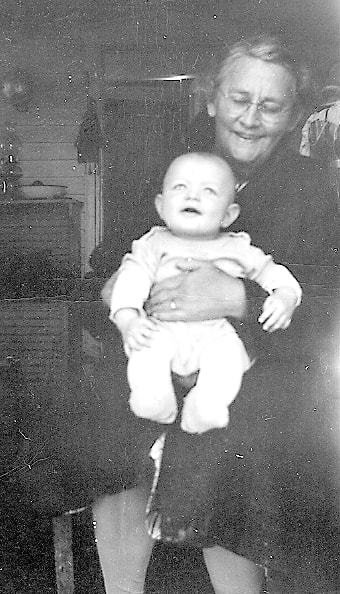 Photo 7332, Maude Heer with Doug Bowen, the son of her daughter Cecil.

A good quality copy of this picture has been provided by other cousins, but the labeling on Doug's copy is really nice. 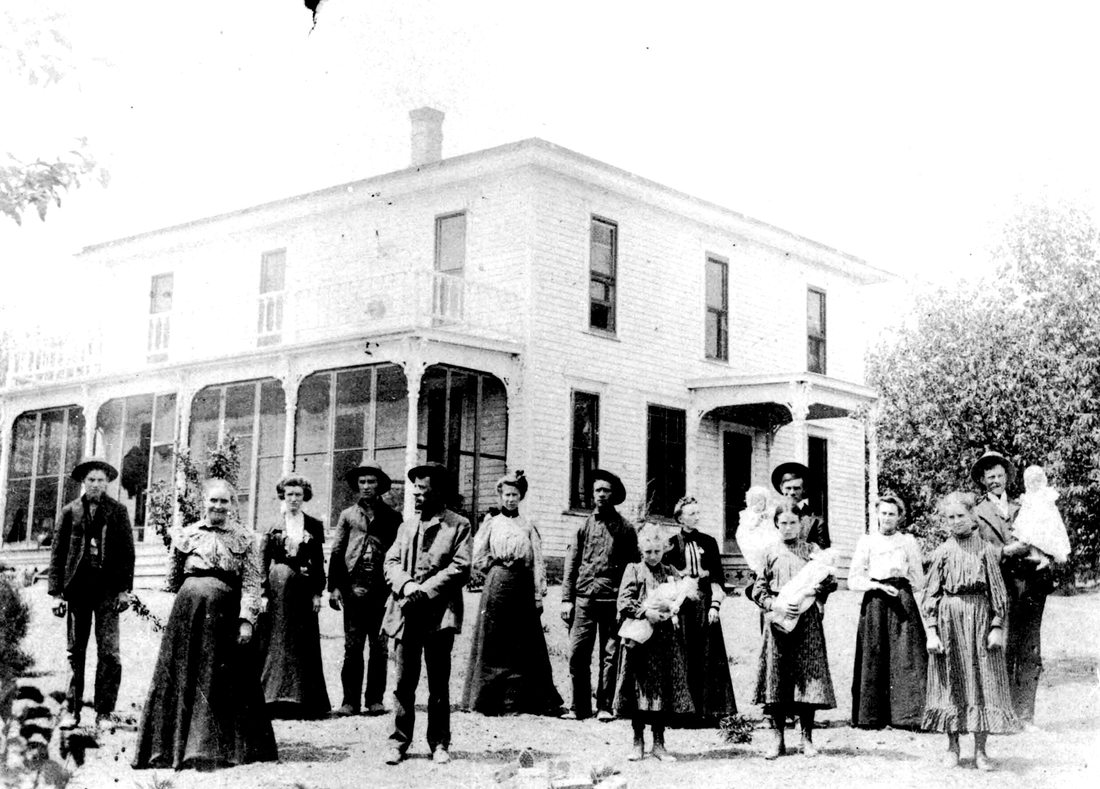 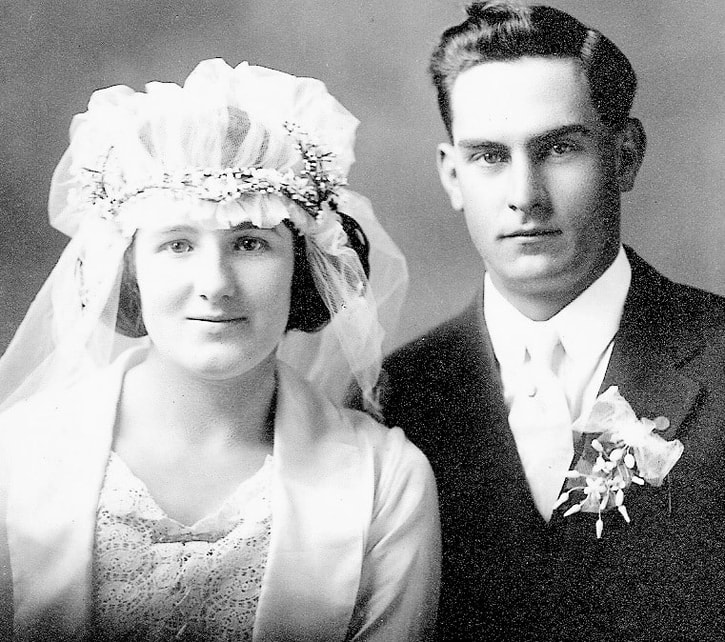 The names are on the photo. Esther is in the back row, 2nd from the right.

lois with her parents & siblings 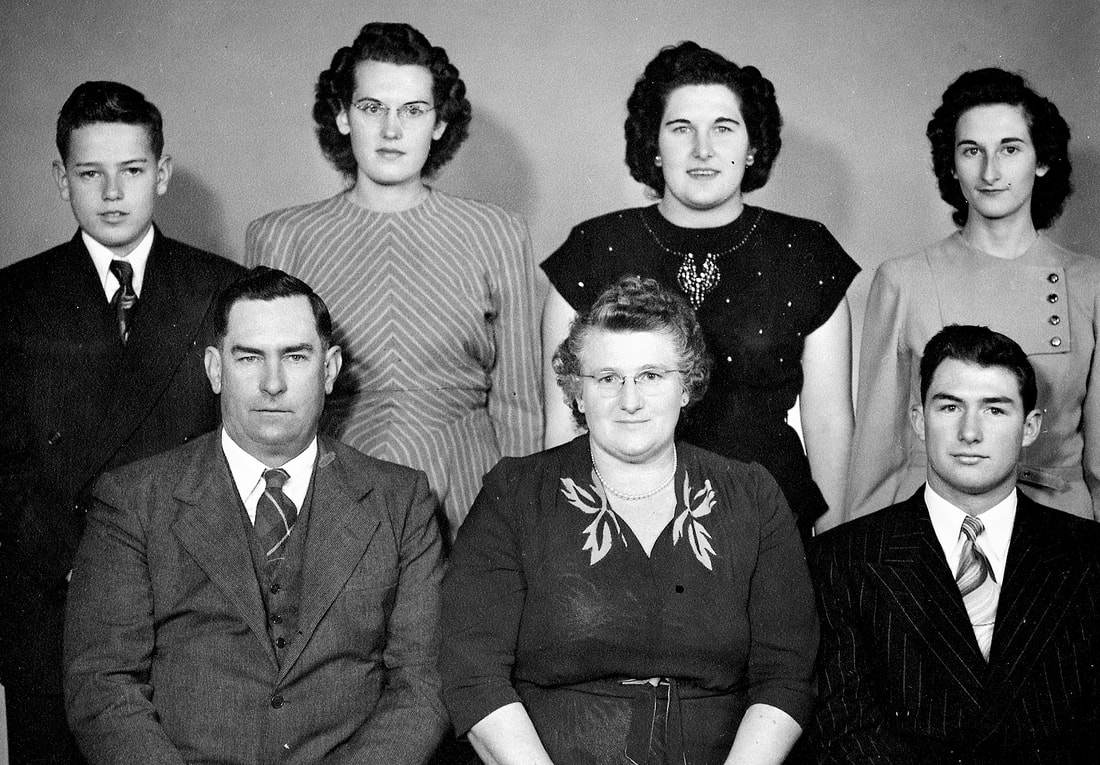 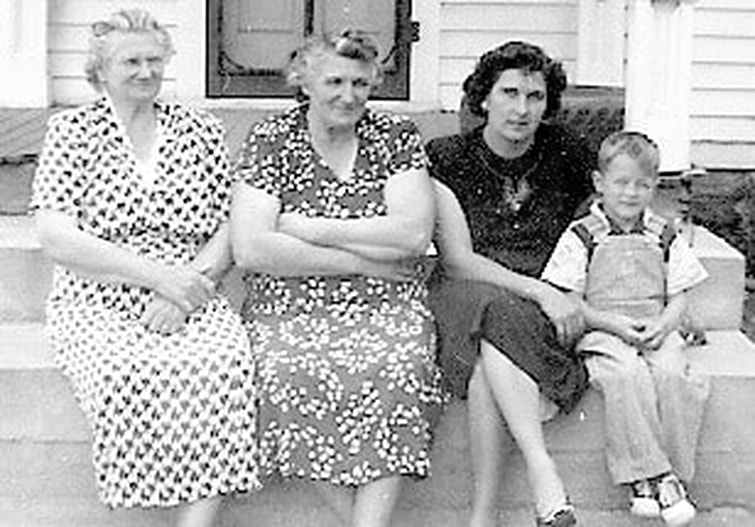 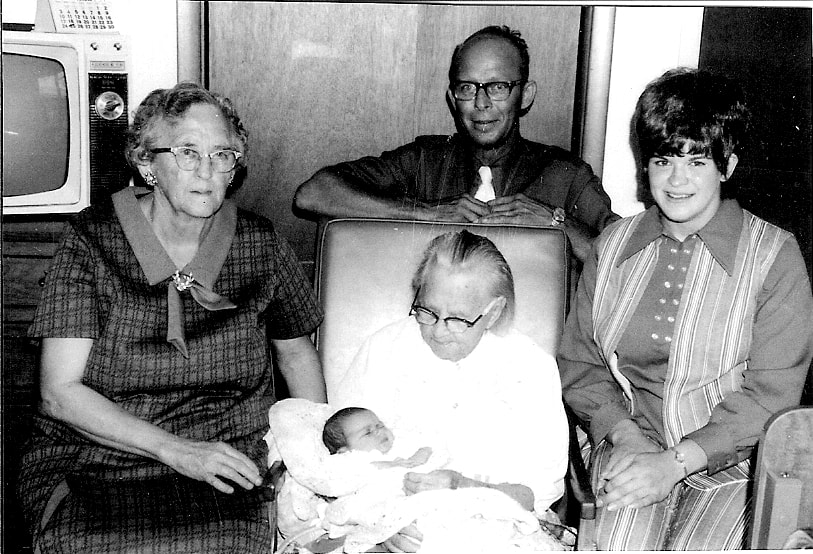 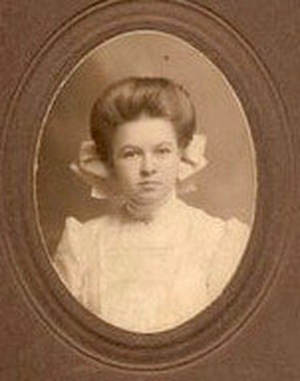