Back to Civil War 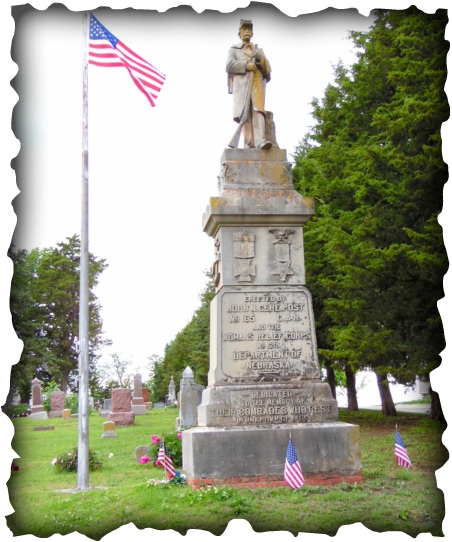 This monument is made of Indiana lime stone, stands 21 feet tall, and weighs 31,600 pounds. It originally cost $600.  The soldier is 7 feet tall and is of the type known as “the Silent Sentinel.”  It weighs over 1000 pounds.

When this Civil War monument was dedicated on a cold winter day in December 1903, it was referred to as the monument to the unknown dead of the Civil War.  Because of the cold, the dedication ceremony was held in the Opera House, which had 200 chairs.  There was standing room only.  Speakers included members of the Grand Army of the Republic – the Union veterans – and a popular Confederate who lived here as a true patriot.

After the dedication ceremony of this monument, a procession to the cemetery was led by the GAR, whose members “despite the weight of years” on many of them, marched the entire way that wintry day.

There are two confederates buried here, R. P. Jennings and Tom Shorter, Here’s a story about them from the Table Rock Argus newspaper.

The old soldiers of the G.A.R. were marching to the cemetery for what was then called Decoration Day.  Along the way, Jennings and Shorter stood on the sidewalk together.  The column was stopped, and the Lieutenant leading them called out: “Jennings.  Shorter.  Fall in!  And every year after Jennings and Shorter marched with their former enemies. Jennings was given the honor of bearing the flag.  When each died, the G.A.R. rendered the honor of attending the funeral as a group.  And so the veterans reconciled, fulfilling a friendship in the spirit of the huge reunion of veterans at Gettysburg for the 50th Anniversary of that battle, attended by several Table Rock men, including R. P. Jennings, the confederate.

There are about 60 veterans buried in  this cemetery besides the two Confederates.  Many participated in famous battles, including Chancellorsville, Gettysburg, Antietam, Vicksburg, Appomattox, and also in Sherman’s March to the Sea.  Some bore the marks of injury, such as John Shaw, who was shot in the face at the Battle of Shiloh.  There are soldiers buried here who were in the infamous prisons of Andersonville in George, and Libby Prison in Virginia.

In addition to the Civil War veterans stories of those who lie within this cemetery abound.  There are conductors of the Underground Railroad, which ran through Table Rock, which is recognized as a site under a the National Park Service’s Underground Railroad Network to Freedom.  There are homesteaders who turned the first furrow, housewives who prided themselves on having the whitest sheets hung out on  their clotheslines, merchants from the time when the streets were dirt, undertakers, victims of unsolved murders, two men who moved houses, churches, and other buildings for a living, soldiers who fell in other wars, fire chiefs, and more.

Our most interesting stones are in the northwest quarter, where lie the oldest.  There you will find “the Mysterious tombstones,”  hand made. Only one bears text, and that is the year 1858, a cross, and script letters which have been given various interpretations.  Four others are nearby, including one that used to have a tent shape and which can be found in cemeteries in the south.  No one knows who is buried here, although there are some educated guesses.  Nearby is the stone of John N. Gere, who came here as a young boy in 1857, served in the Civil War, and who died in 1870.  As his tombstone says, he was “Killed by Indians.”  It occurred in Kansas though, at the end of the period of Indian troubles.

If you are interested in a tour of the cemetery, contact the Table Rock Historical Society at TableRockHistory@gmail.com.

DEDICATION OF THE STATUE 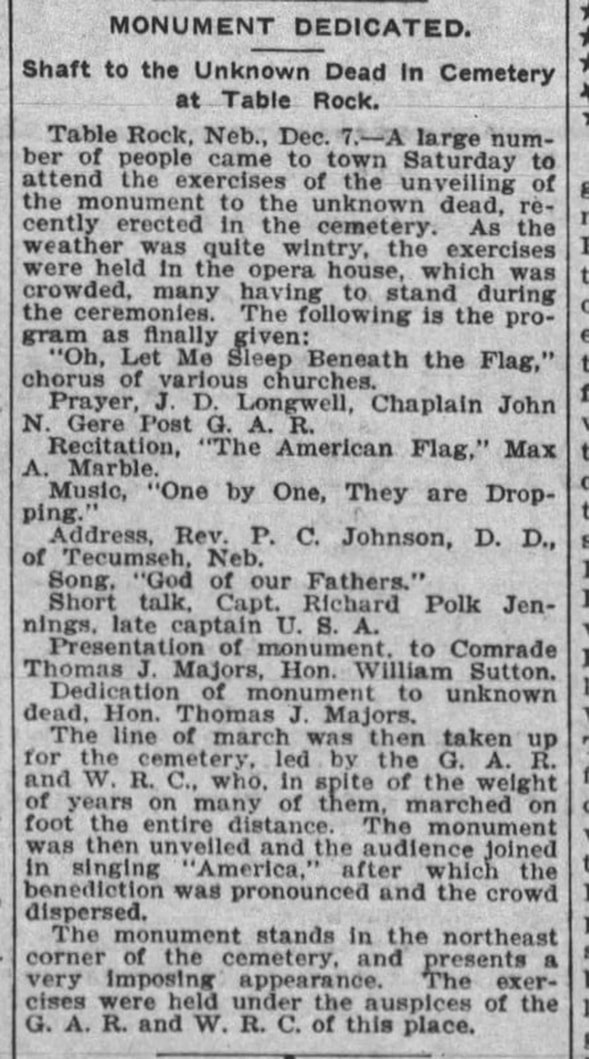 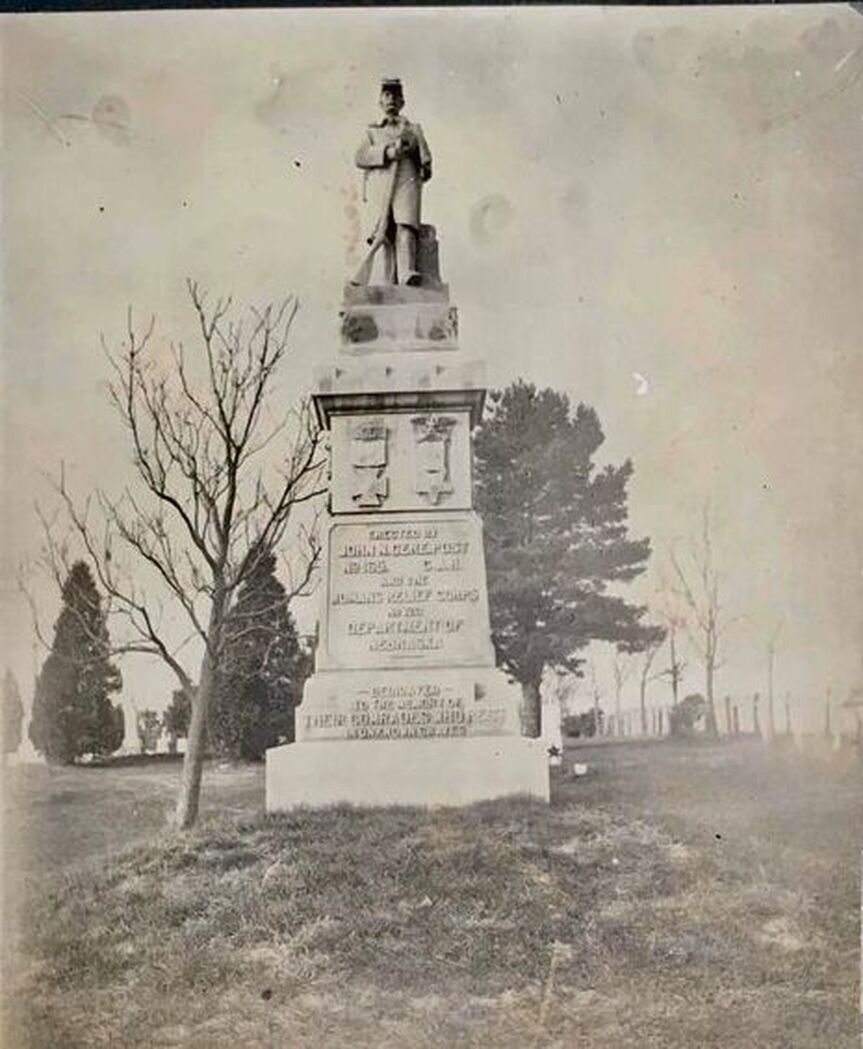 Photo 10755, shared by Terry Hunt Korrel, a descendant of the Purcell family, early pioneers here. It is not dated. the youth of the trees and the type of frame suggest it is a very early picture. One might better date by the picture by comparing the cemetery of today to see what tombstones would have appeared in the photograph if the photo had been taken when they were installed. 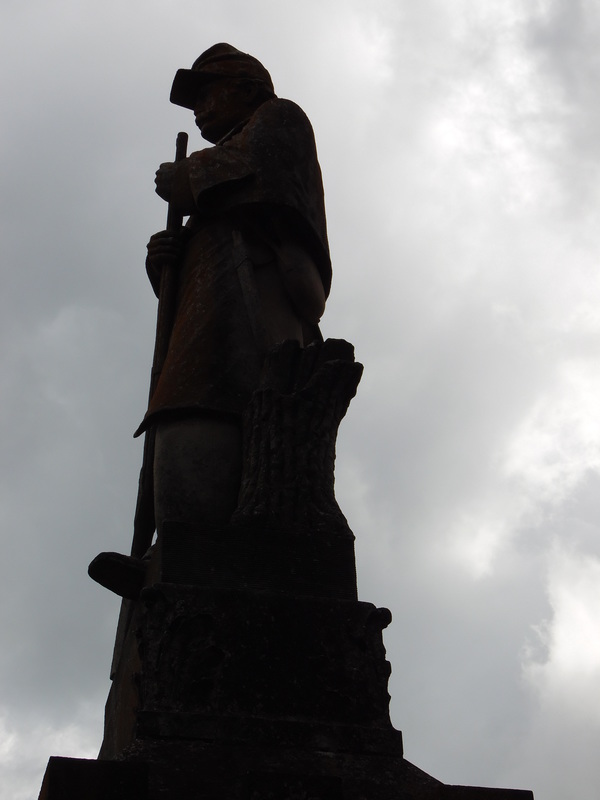 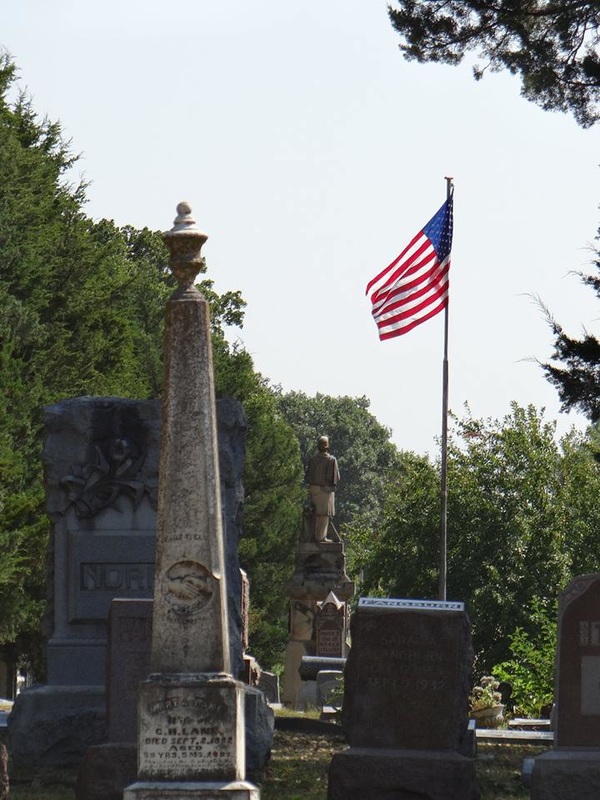 Thanks to Shannon Sitzman Edwards for sharing this picture 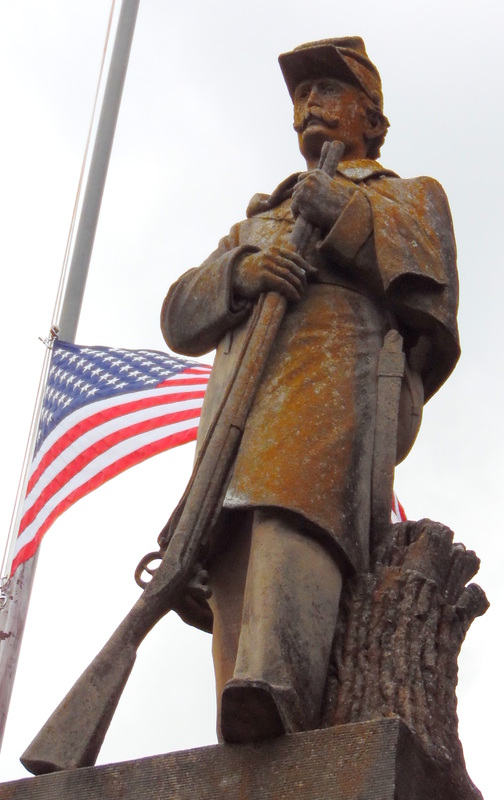 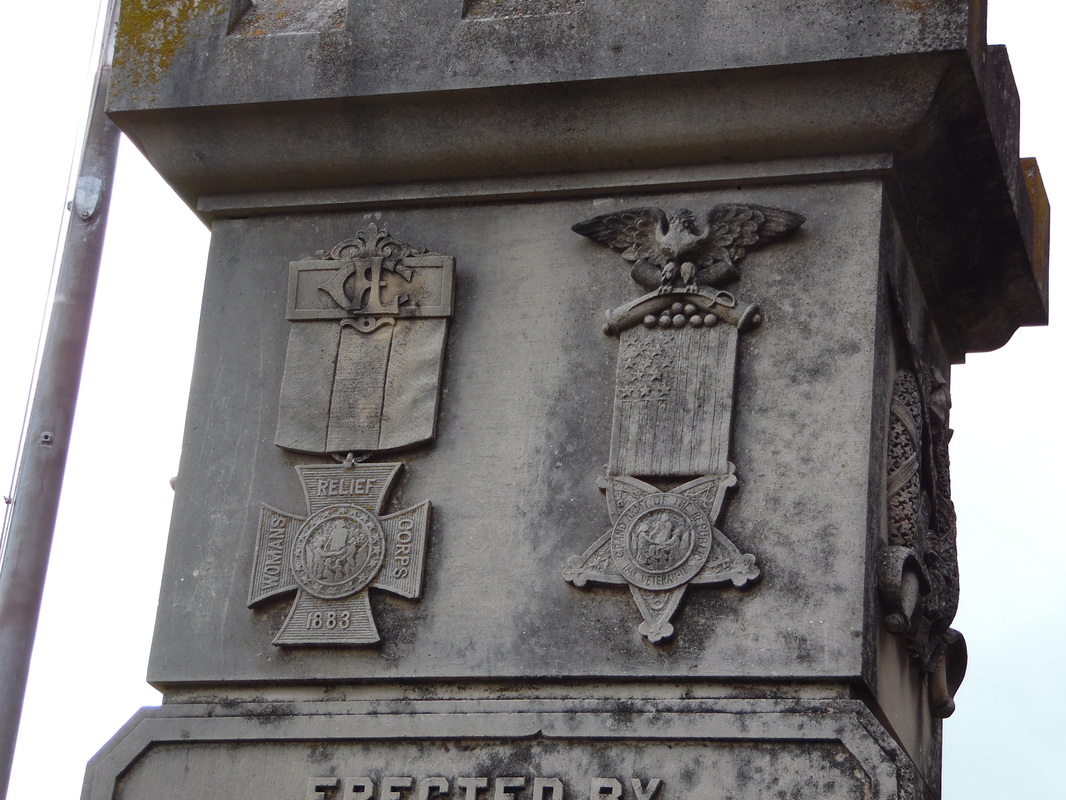 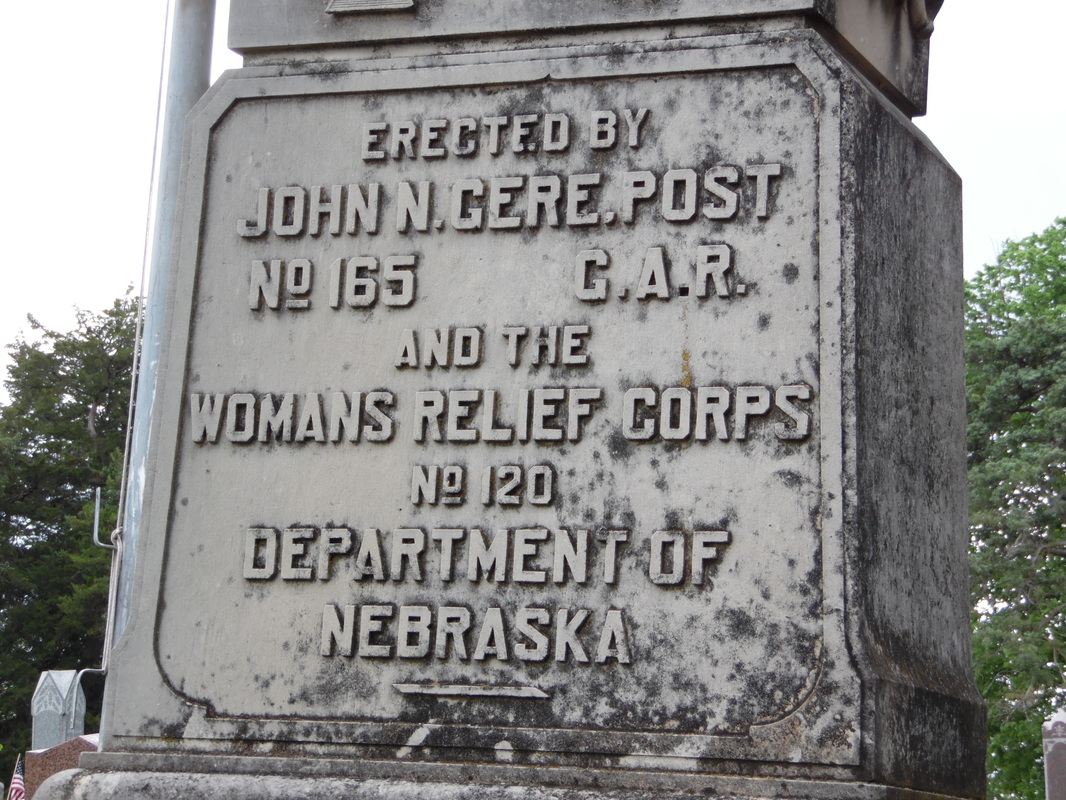 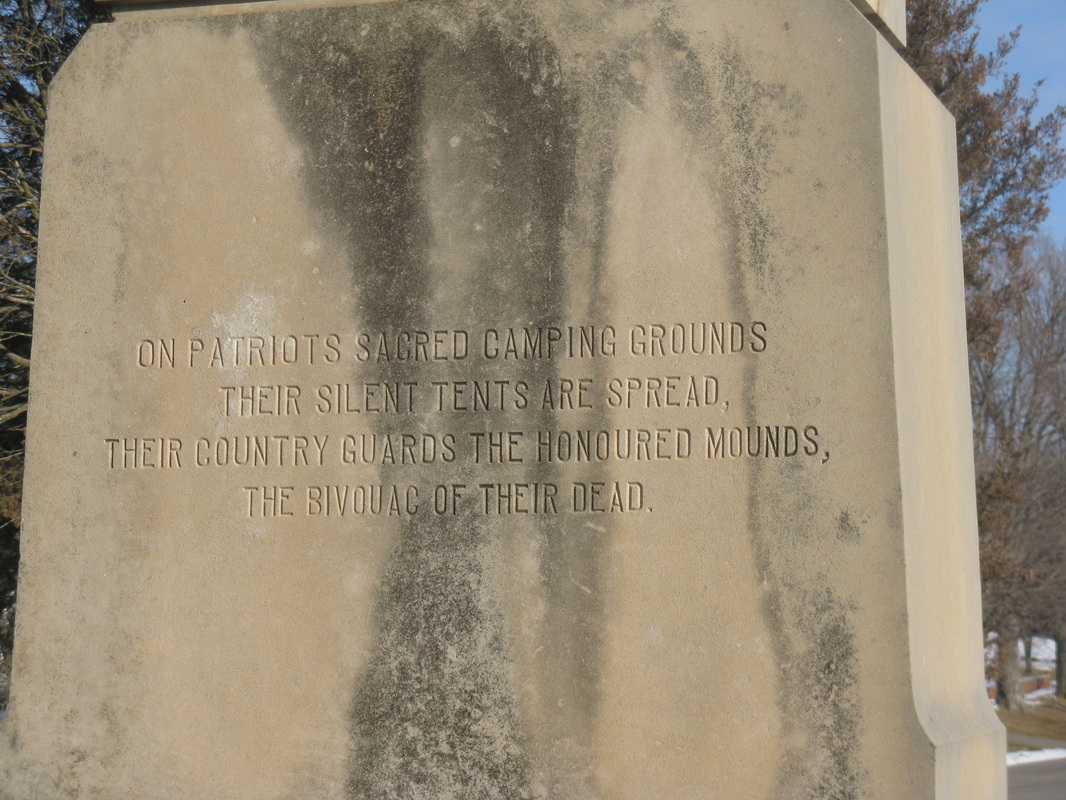 DECORATION DAY/memorial day
at the statue

other SIMILAR statues in america 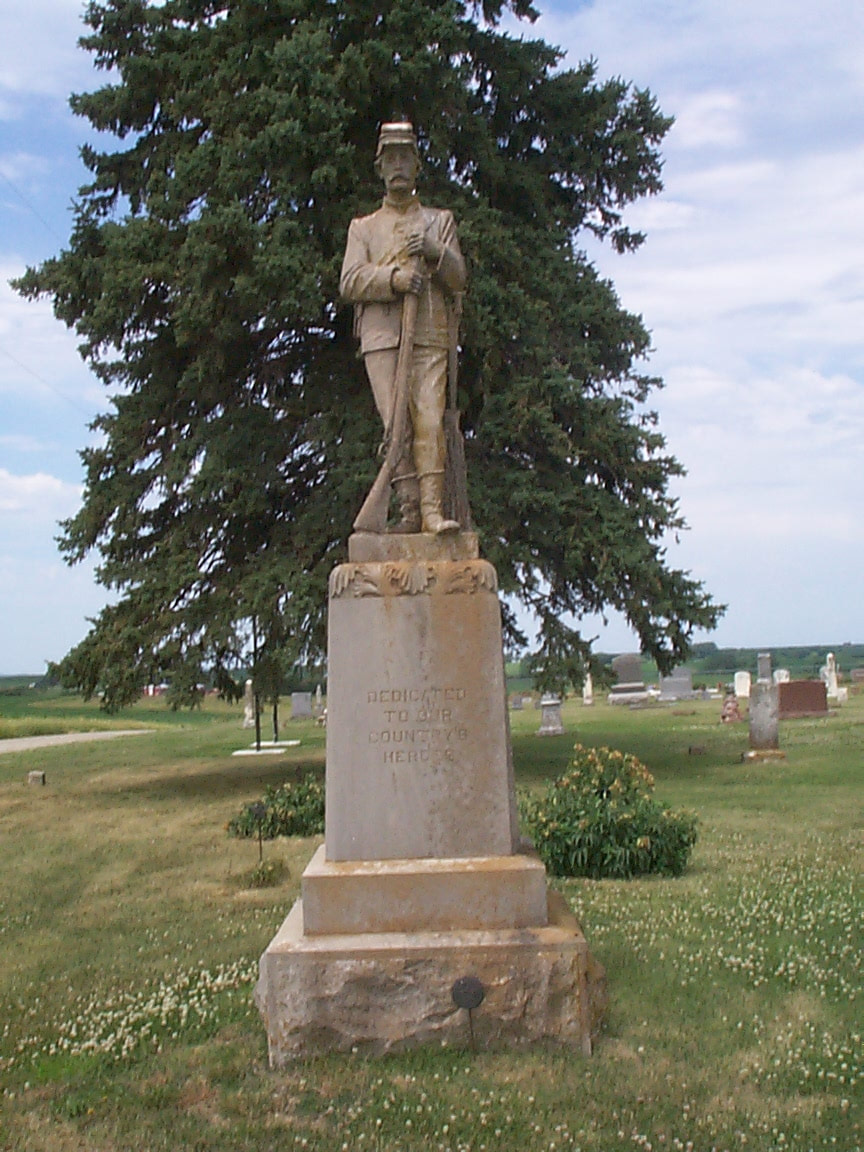 A smaller version at the Prairie Union Cemetery in rural Shubert, Nebraska 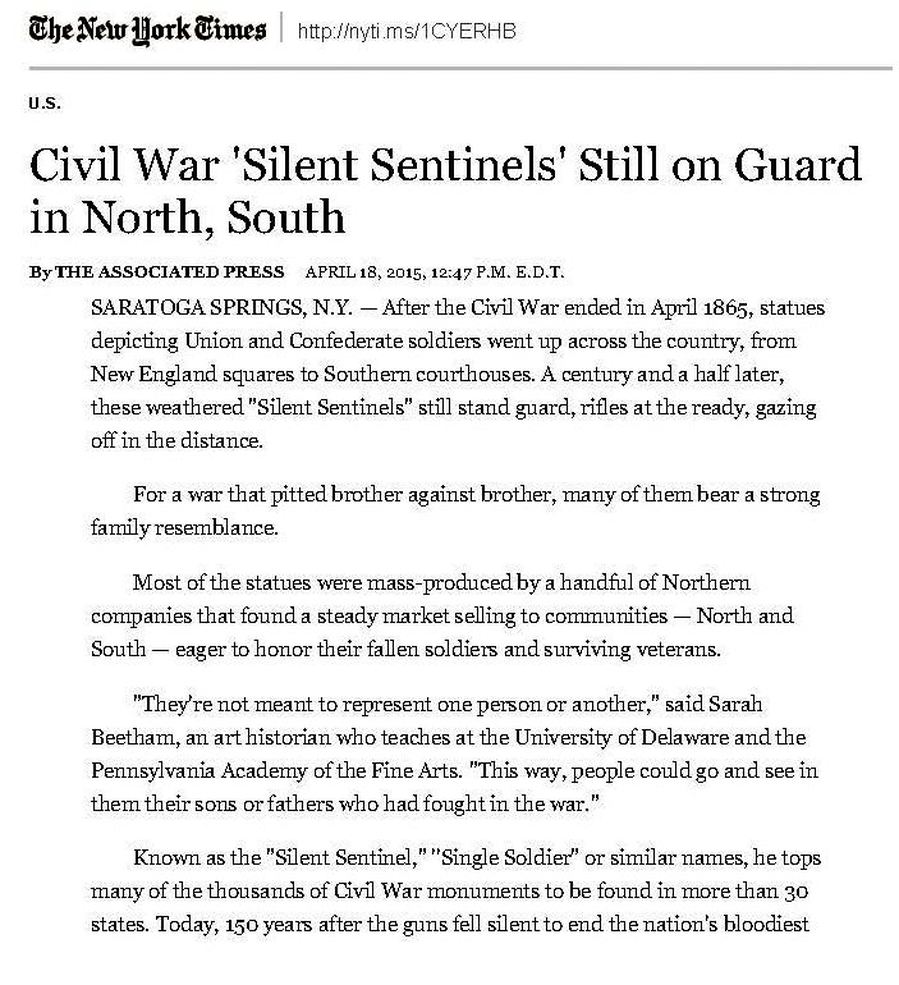 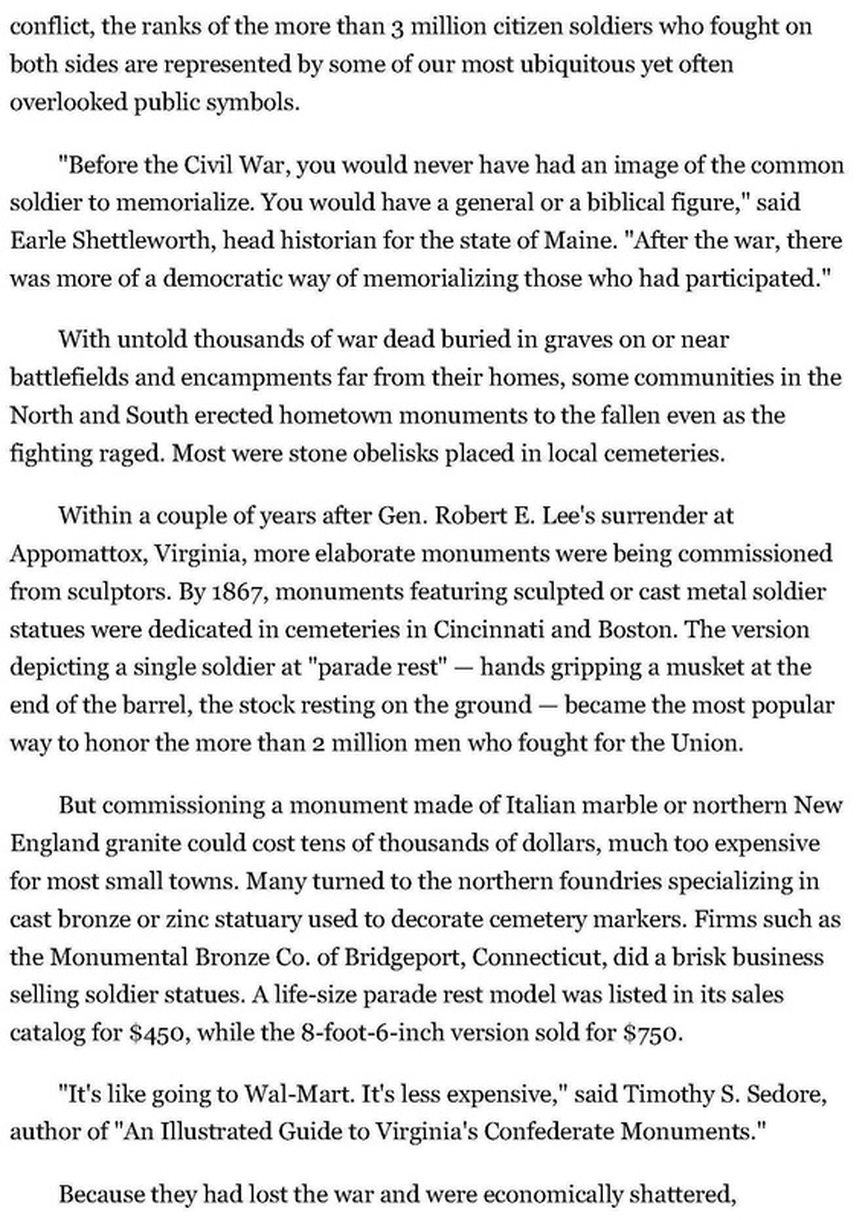 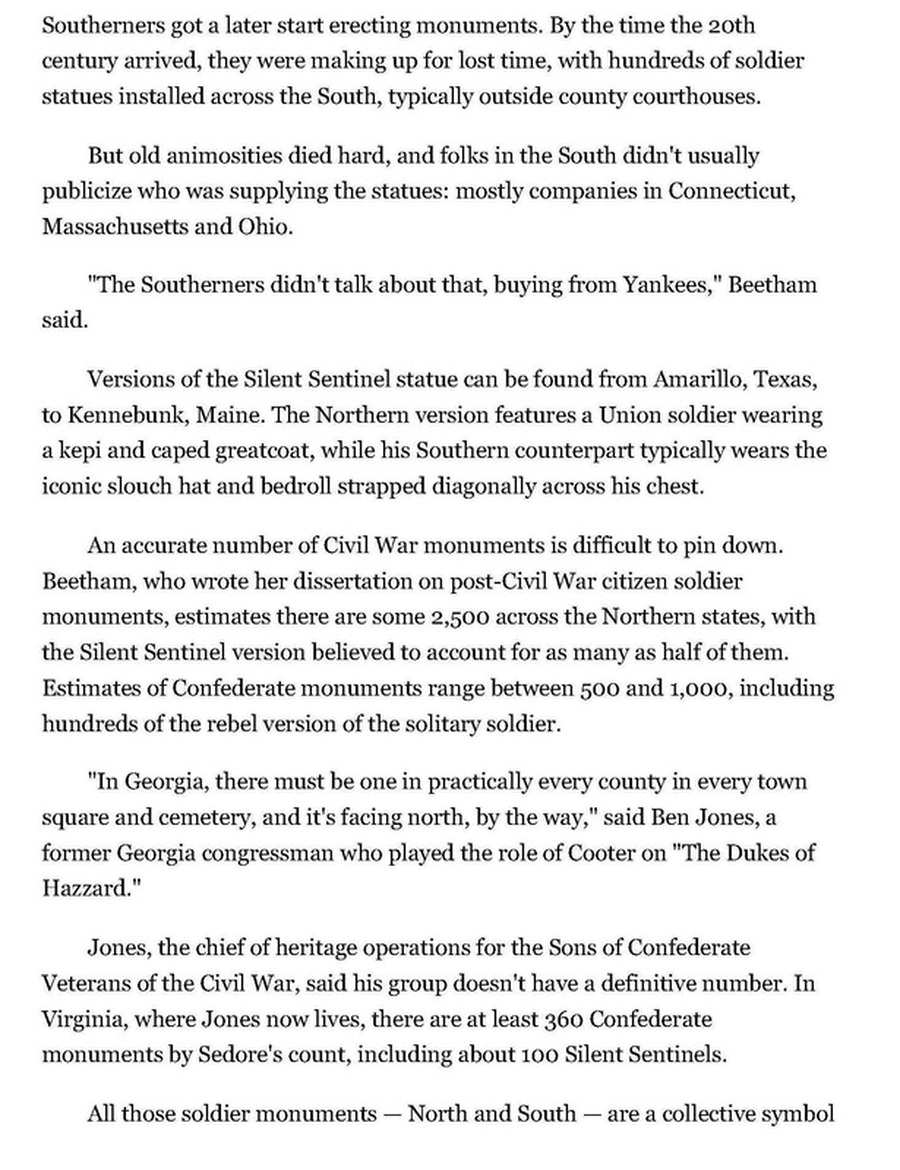 the poem inscribed on the back of the monument

It seems that the poem from which the words on the monument are taken is attributed to two different men -- Theodore O'Hara or Ambrose Bierce, the latter a Confederate officer.  It seems most widely attributed to O'Hara. The poem was originally written in 1847 to commemorate lost Kentucky troops during a battle of the Mexican-American War. 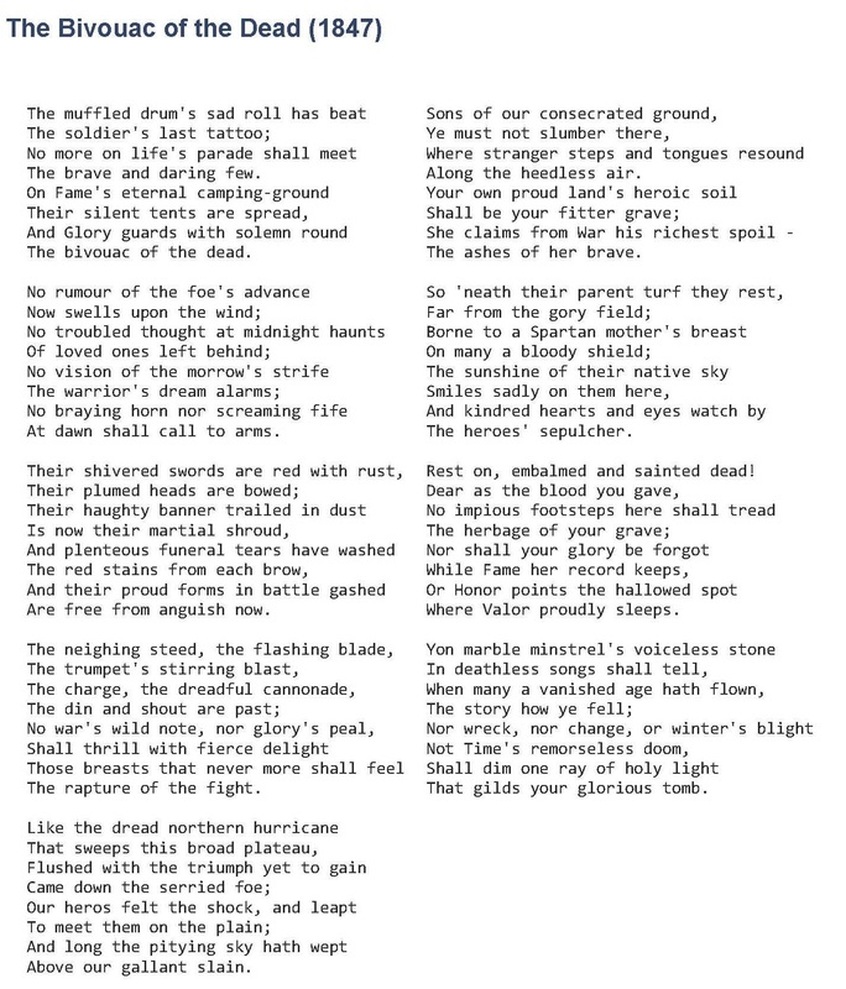