Back to sports
Back to entertainment 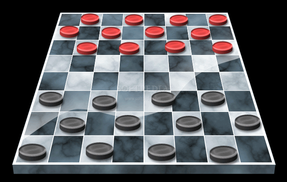 Read about the history of this ancient game 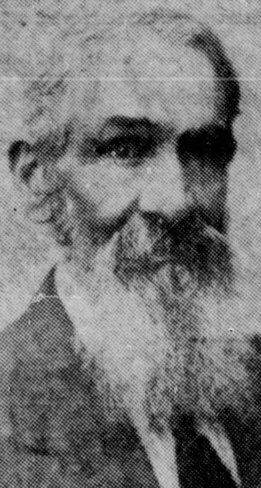 James B. Pepoon, from a September 17, 1939 article in the Lincoln Star about the 70th reunion of the Bunker Hill country school.
The Civil War Roll of Honor includes this checker player
The July 12, 1900 edition reported on further travels of the checker-playing Pepoon.

another MASTER OF checkers, and civil war veteran. 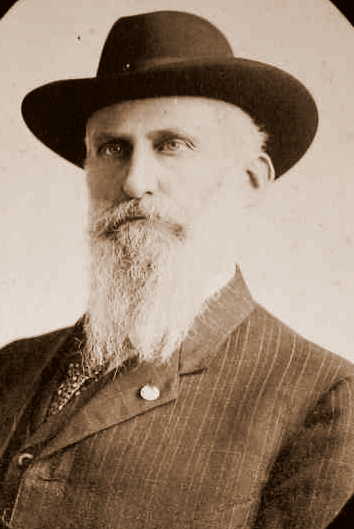 George Kerns, shared by Dave Leichtman. George was a Civil War veteran who came here with his family, Nicholas & Sarah Kerns, and sisters who were war widows. He lived in Table Rock for a short while then moved to Pawnee City.
The August 19, 1900 Argus reported that George D. Kerns had been back in town to see his brother and "has not forgotten how to play checkers." Obviously he beat someone.....

George lived in Table Rock when he came with his mother and sisters after the Civil War.  A brother had been killed in the war.  A brother-in-law had died at Andersonville Prison, the infamous Confederate prison camp in Macon county, Georgia.  Another brother-in-law had been killed in battle.  And George was out there on the field, too.  He lost a leg.  George was a member of the Table Rock post of the Grand Army of the Republic for years, but is buried elsewhere.

George Kerns is probably one of the vets here

The March 21, 1901 Argus carried some news about checkers.  An article identified C. W. Chambers as the "prince" of checkers, with the next in rank being Joseph B. Pepoon, Enos Jones, George Pepoon, and O. W. Griffing. The third rank of players consisted of Captain R. P. Jennings, C. S. Wood, T. W. Conklin, and Josh Phillips.  At the bottom, "the Argus editor looks on with interest, and manages to let the other fellows beat him a good share of the time." J. B. Pepoon was the vice president of the state checkers association, and he and Chambers were in Lincoln at a meeting. 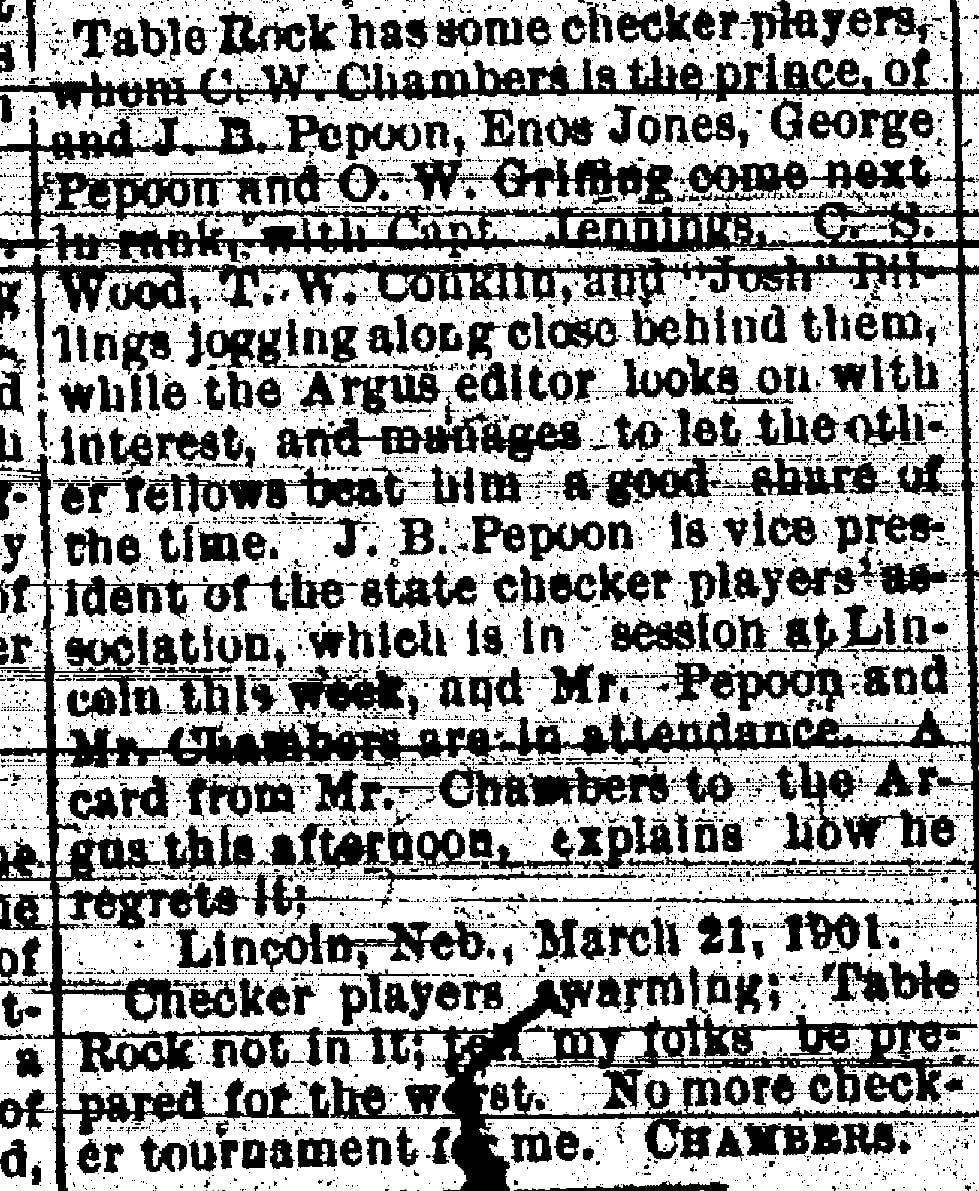 Despite C. W. Chambers' quip "no more checkers tournaments for me," he did play, and the following week the results were reported.  Chambers lost only 6 of 86 games played.  Pepoon, who went with him, is also mentioned. 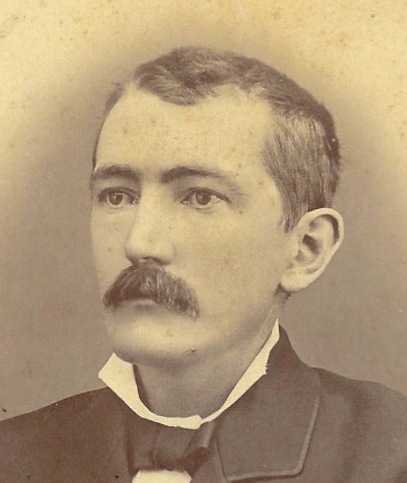 Charlie Chambers in about 1880, shared by Marilyn Smith

Bet our corn cob pipe against a farm that he gets in a game of checkers before he comes home. 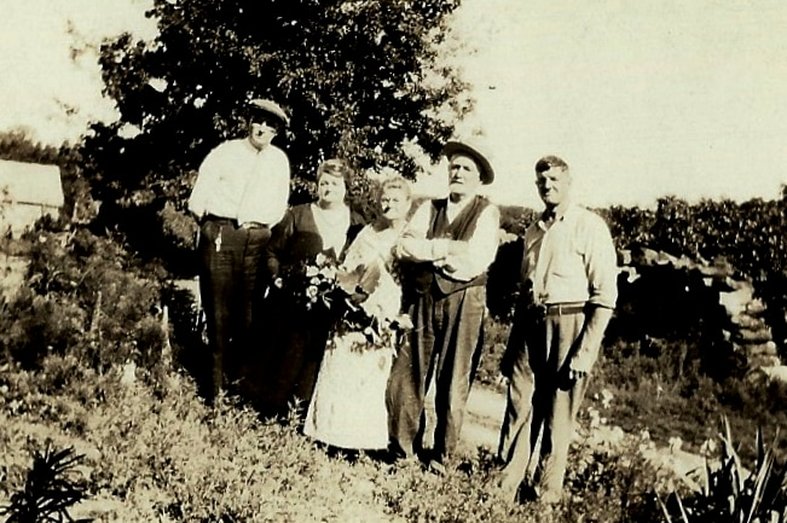 In later years, with his children Ward, Ruth, and James, and his wife Ida. In order: Ward, Ruth, Ida, C. W., and James. Thanks to Marilyn Smith for this picture!
October 13, 1910, take a trip to Lincoln to serve as a juror in a federal case, makes two detours to visit children.  He probably was about the same age as in the picture immediately above. 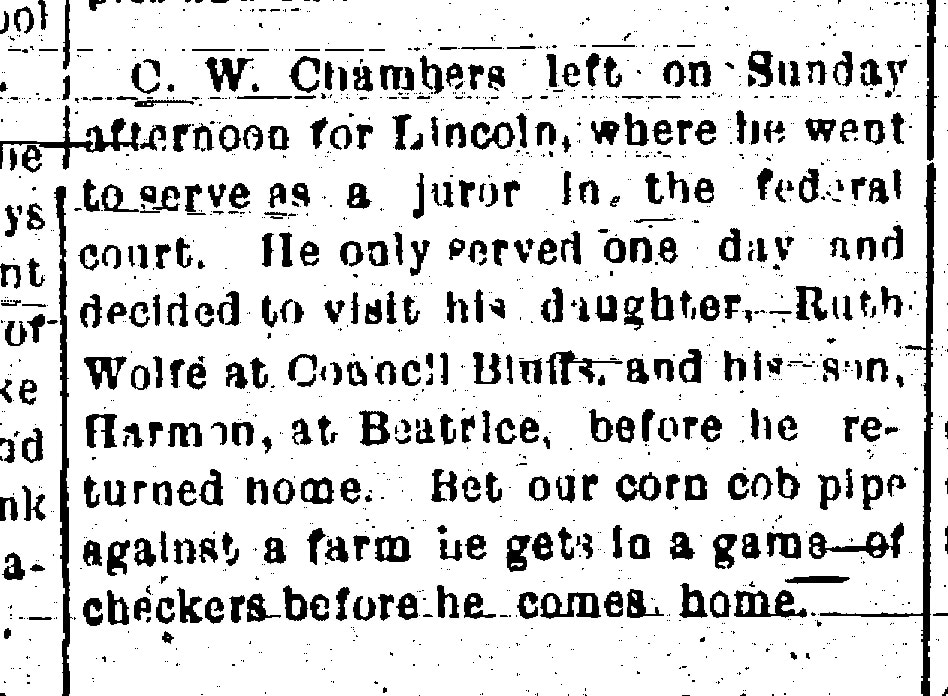 In February 1916, C. W. Chambers became the state champ in  a tournament in which he won two, lost one, and drew three games.  The Lincoln Star reported on the tournament: 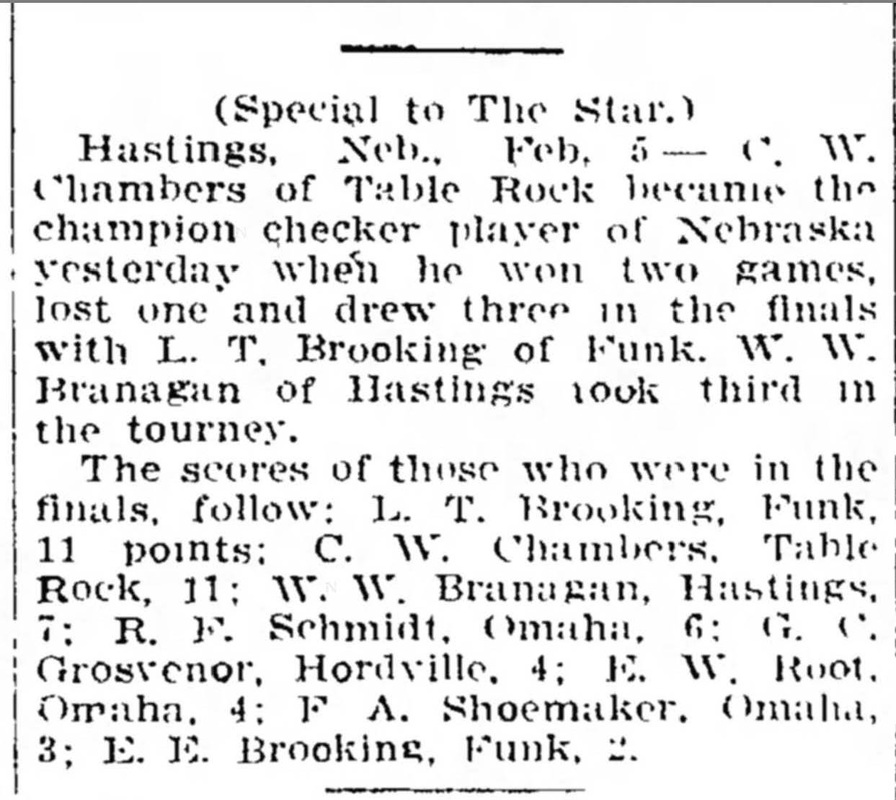 C. W. was well known as a checker player. Here is an October 13, 1910 aside in an article about a trip that began with federal jury service in Lincoln. "Bet our corn cob pipe against a farm he got in a game of checkers...." 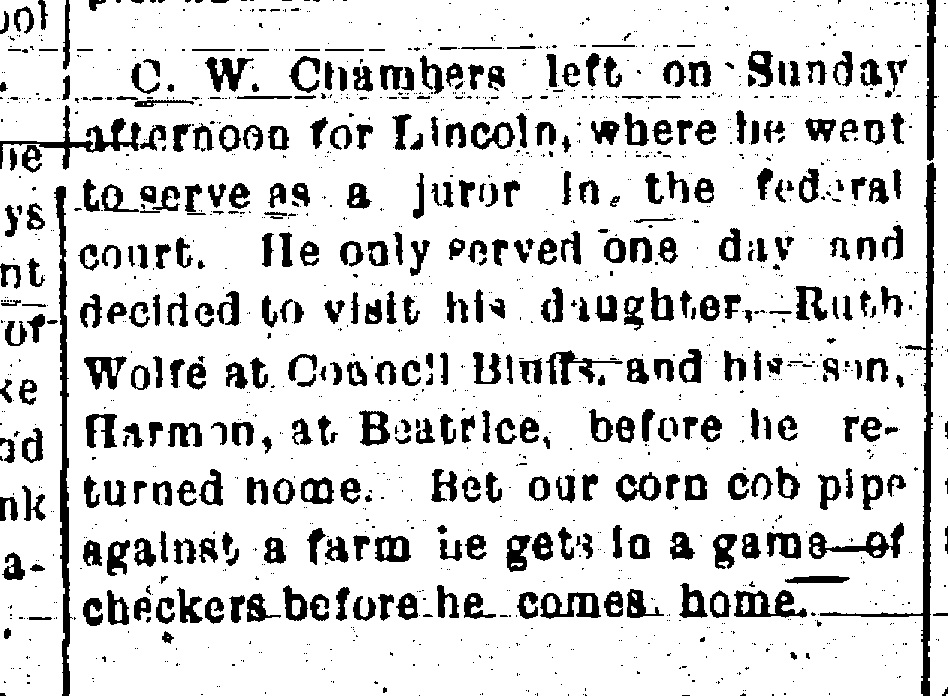 As a checker player, C. W. had a lot of opinions.  As  he got older, he started setting them down in writing. The indulgent editor of the Nebraska State Journal published a number of his letters, some of which the Argus reprinted. His best opinions, though, are preserved in a couple of letters about the mysterious tombstones in the Table Rock Cemetery. Here is his own handwriting on the matter, forty years after the picture was taken. 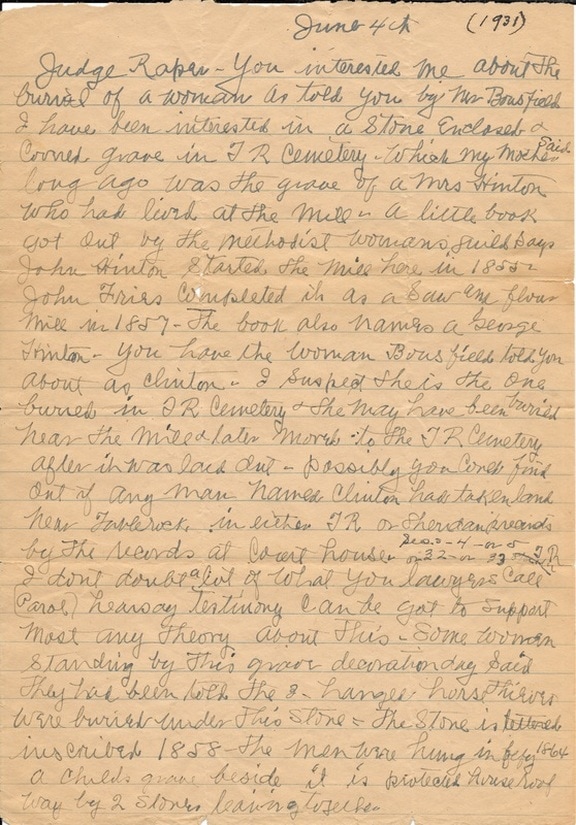 Read the rest of Chambers' writings about the tombstones
He died in 1939 and is buried not that far from the mysterious tombstones that he pondered over. 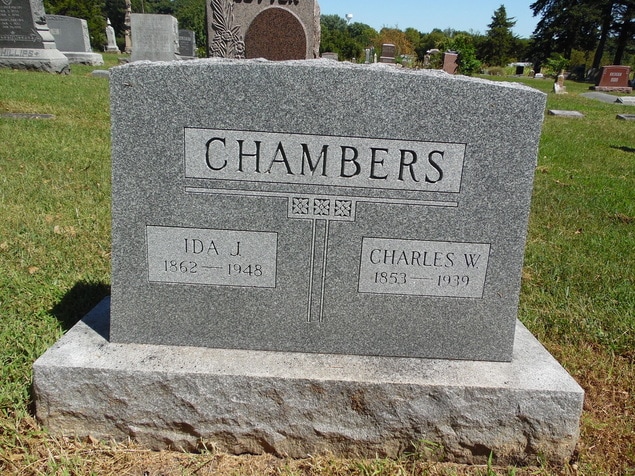