The Worth Remembering Series 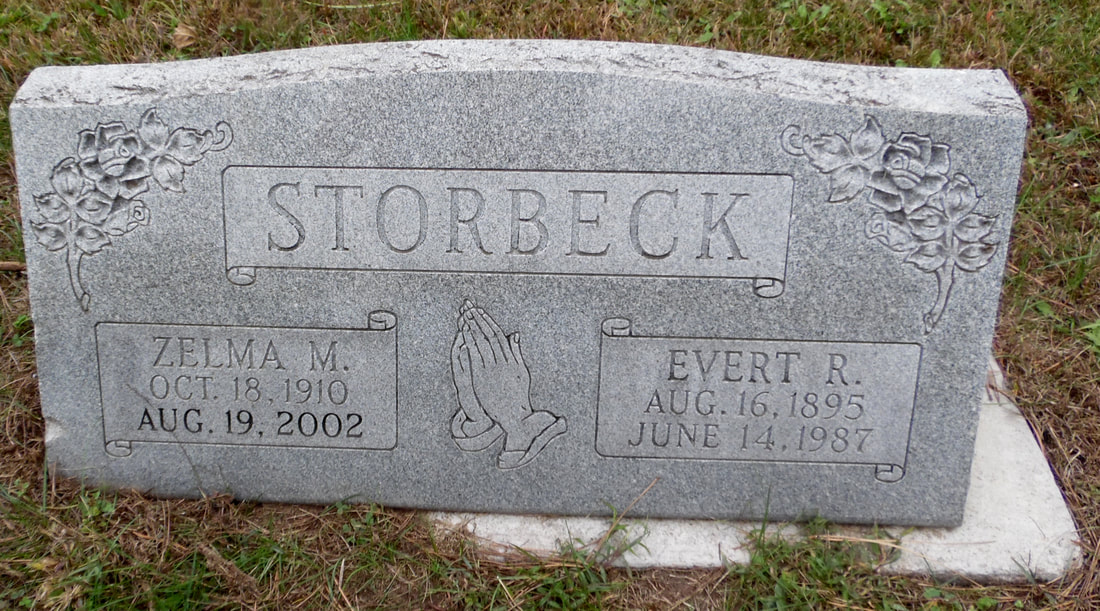 Just a couple of old people, some stranger to town might have thought.  Two old people living in an old white house in a little Nebraska town.  Nothing special.....

The thing is, that they WERE special.  They weren't in politics, they didn't set any records in sports in their younger years, they didn't make a lot of money or give a lot of money to charity, they weren't special in the ways of some.  But they were indeed, special, and they are worth remembering.  Make them a place holder for many an older couple living in an older white frame house in an old little town. 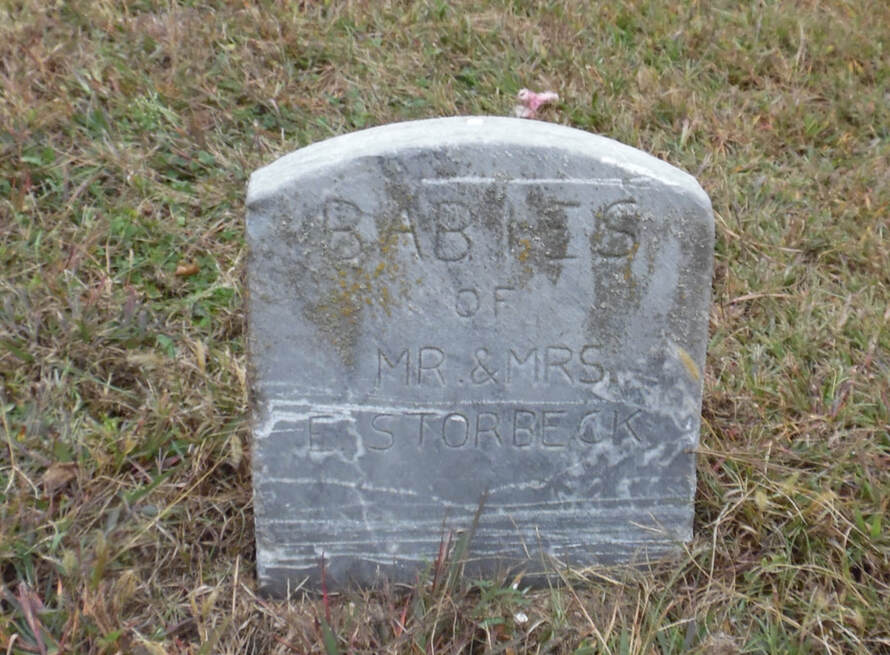 Evert Rudolph Storbeck was born in August of 1895, probably in the Elk Creek-Table Rock area.  Zelma Leach was born in Gage County about 15 years later, in October 1910.

How did they meet? We don't know.

How long before they got married?  We don't know.

In between, there was a whole lot of life.

​A little stone next to theirs in the Table Rock Cemetery speaks of some heartache in that marriage in 1936: "Babies of Mr. & Mrs. Storbeck" is all it says.  Grandon Gerry Storbeck says that he thinks a little boy died as an infant, and a second child was stillborn, gender unknown.  They weren't twins. The burial records simply say 1936.

But there was happiness, too: a son,  Edwin Dale, born in 1938.  That Ed was probably a regular guy -- he still IS, anyway, and he lives in the state of Oregon.  It's a ways away for someone who graduated from Table Rock in 1957 but he seems to like it there.

What is there to remember of Evert & Zelma?
Paula Storbeck, Gerry's wife, passes on some of Gerry's memories of his grandparents.  As to his grandma Zelma:
Gerry Storbeck

Zelma was an amazing cook.  Gerry remembers her fried chicken and her coffee cake that was to die for.

Her favorite drink was Mountain Dew. She really enjoyed the last few years she had here on the coast with family.