The one-page recollections of Anna Wopata Stankek about her parents appear in a 1939 collection of memoirs about the Bunker Hill neighborhood north of Table Rock. Her parents were Albert Wopata, Sr., and Mary Strejc Wopata.  They brought her and her brother Albert Wopata, Jr., to Nebraska, via Chicago with Mary's parents, the Anton Strej, Sr., and Josephine Pesek Strejc. She cites other family names, explaining relationships, although the last names are a bit ambiguous: Frank Strejc, Mary Strejc, Jane Strejc, James Vondrasek, Anna Kovanda, Anton Strejc, Joe Strejc, and Frank Kovanda, Sr. 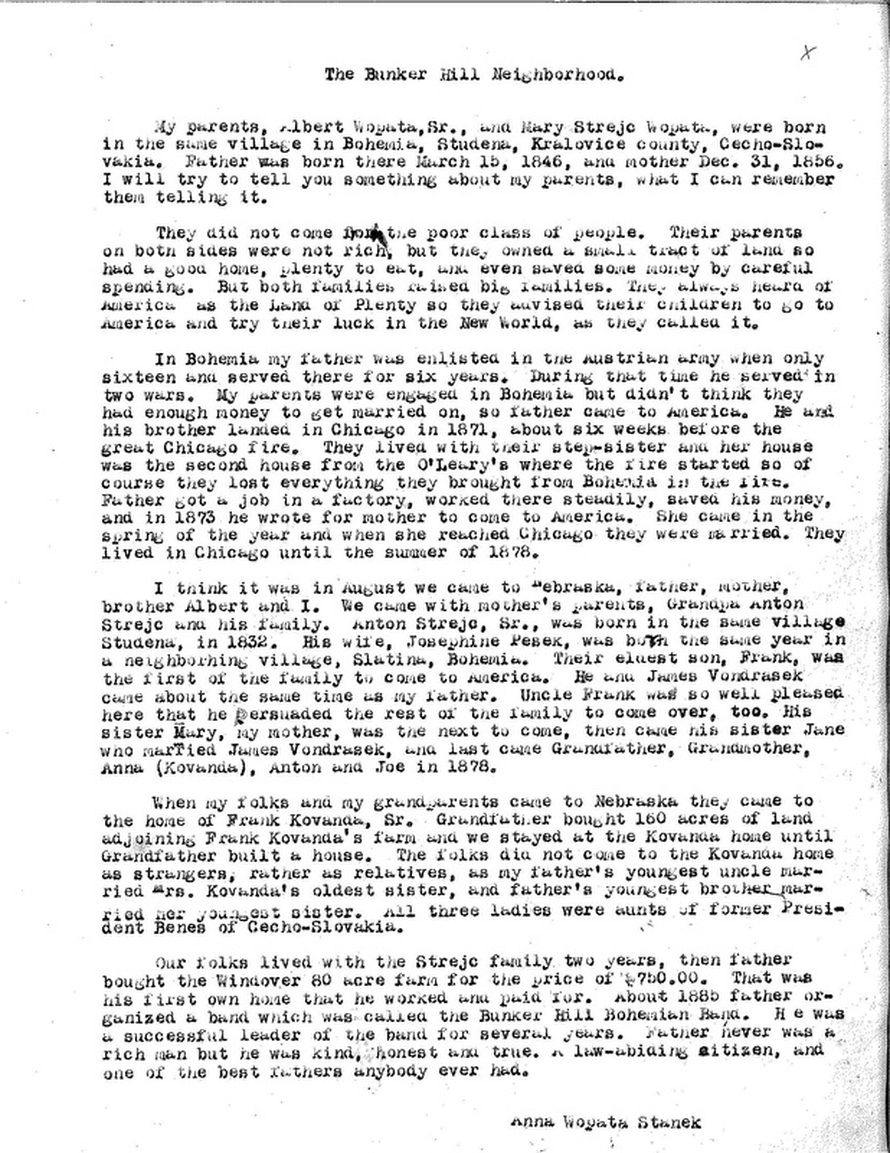 Anna mentions that her father formed the Bunker Bill Bohemian Band in 1886 and led it for a few years.  The only photo of a band currently located in the Historical Society's collection is Photo 9.  The photo is almost certainly from the appropriate time period, the 1880s, but is not unidentified.  It is the oldest photo of a band found in the photo collection.  There were a number of Czech bands but all of the photos of them are well after 1900.  Maybe, just maybe, it is father Wopata's band from that time period..... 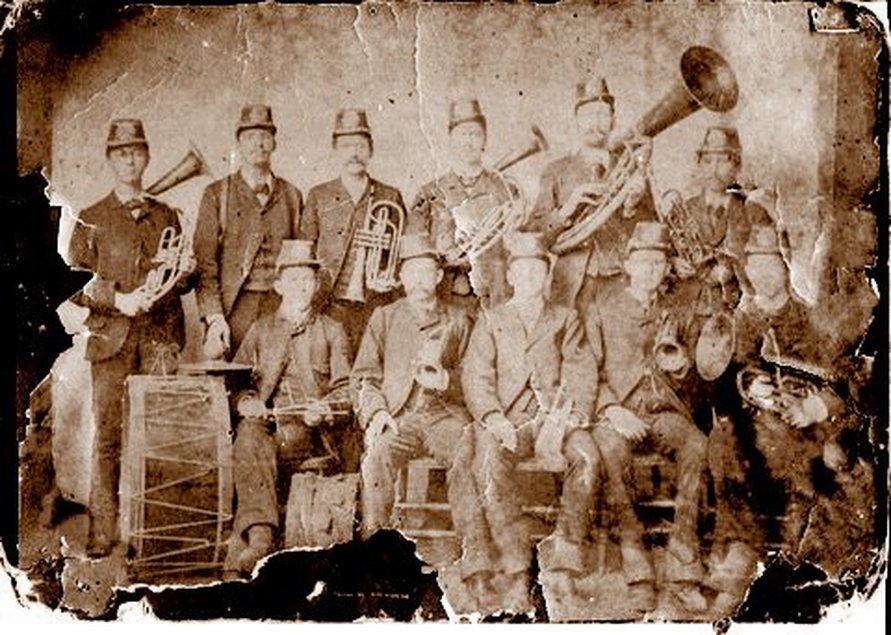 By the way, this photograph is not the best, but here's the unretouched original: 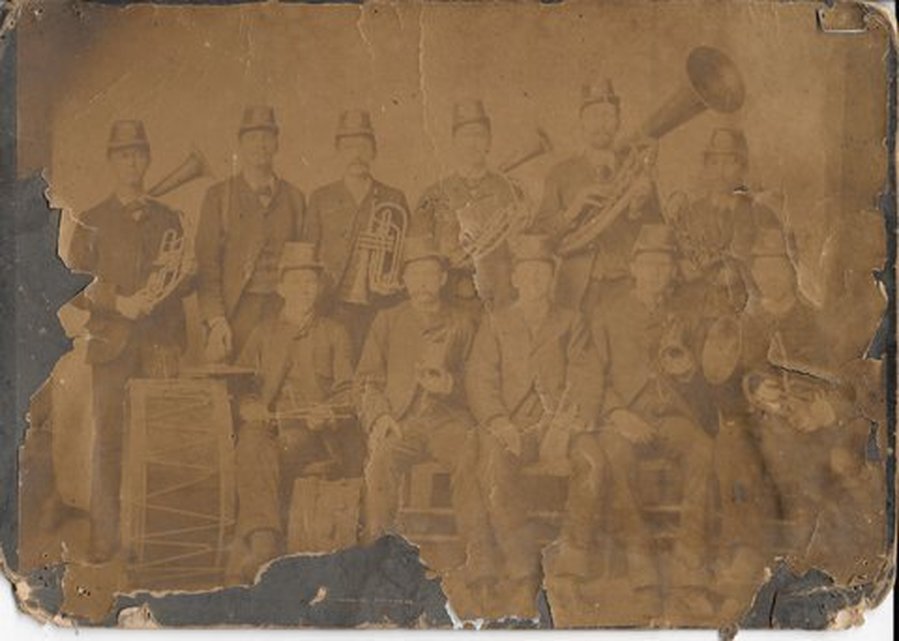 THE WONDERFUL AUTOBIOGRAPHY OF EUGENE WOPATA

Thanks to the generosity of Kyle Wopata, grandson of Eugene Wopata, you can read Eugene's autobiography, written for his family.

Eugene was born in Table Rock in 1926 at the McCrea hospital, delivered by Dr. McCrea -- and he proves it with a copy of his birth certificate.  He lived in Table Rock until he was six in the Bunker Hill area, going to Bunker Hill Country School at an early age. Then his family move to the six mile corner (highway 75 and 4) and lived at the filling station.  The autobiography talks about growing up in southeast Nebraska, then his military experience in the Army in World War 2, including as a prisoner of war.

​The autobiography is packed with photographs of the extended family, which goes back to the man local Czechs refer to as "Albert Wopata II."  Family members whose pictures appear include Historical Society member Joyce Wopata, the Don Siske family, and many more.

You can download the entire autobiography by following the link below.  There are 268 pages.

Download File
Here are the opening parts of the autobiography set up as a slide show. You can navigate from page to page by clicking.
View My Stats