Back to the Wopata family
Back to People Worth Remembering 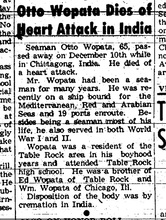 otto was born in chicago on february 16, 1895
​ and came with his family to table rock.
He died in india in december of 1959.
in between, he had quite a life.
he had a vaudeville act as a contortionist.
he served in both world war 1 and world war 2.
and he traveled the world as a seaman.

here are the few things that we have or know about him.

According to the Lindbloom1 and Schumacher-Cozzuol family trees on Ancestry.com:

third grade report card, country school, district 49
based on his age, this is from just after the turn of the last century.  it looks like he was a good student academically. 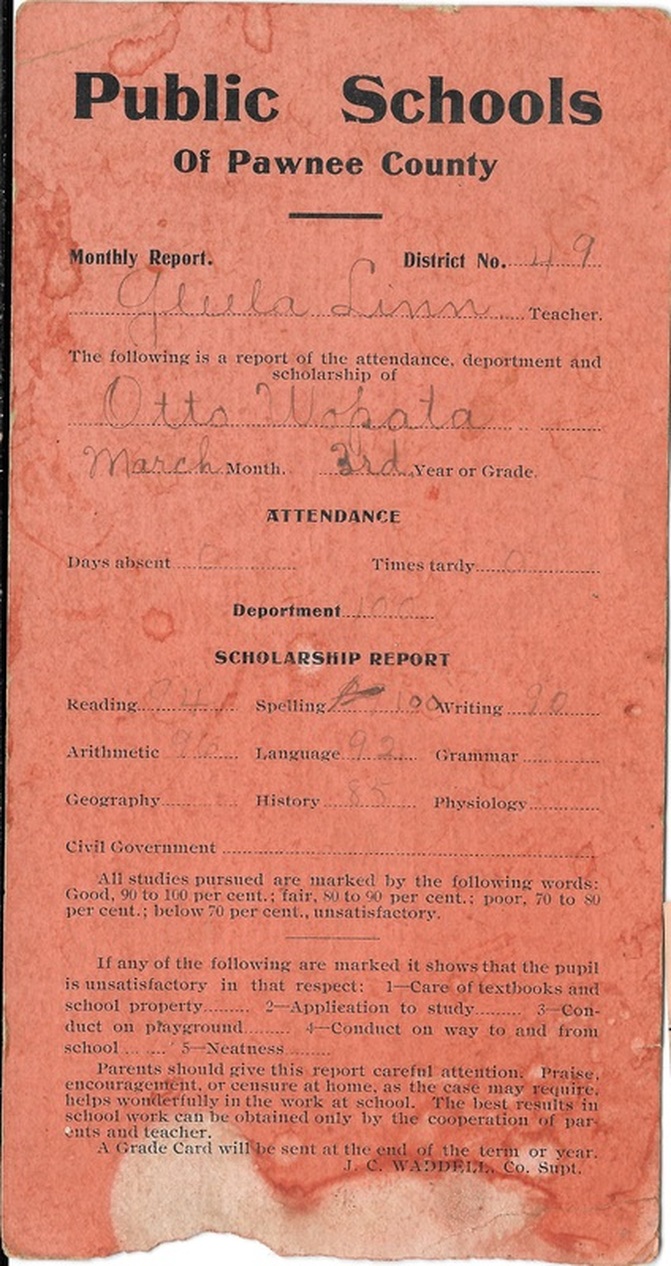 Otto wasn't sure whether he wanted to go to high school, as evidenced by this postcard from solomon, kansas in 190__. 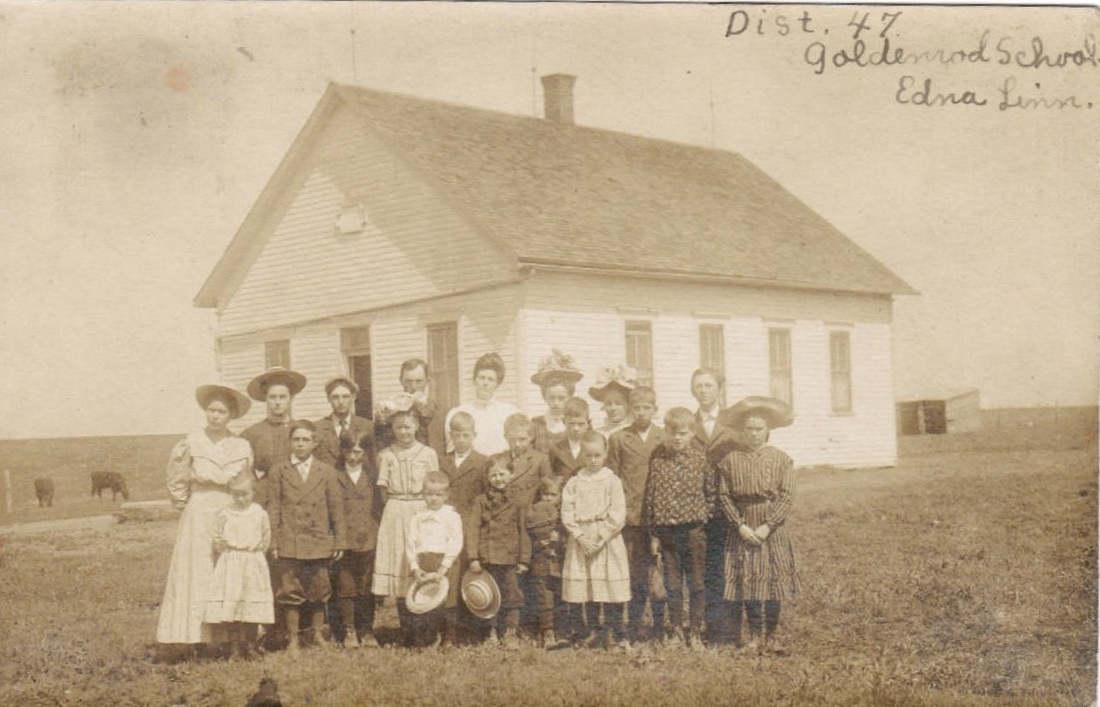 Apparently while still at the country school, Otto received a postcard from Eva Linn. His 3rd grade teacher had been a Linn.  Eva Linn's relationship to him is unknown, but she obviously was older than him.  She wrote:

Dear Otto, this is a picture of the school I taught last year. What do you think of my pupils?

You asked my advice. I will give it. Go to high school.

It is worth all the time it takes in the end, and you'll never be sorry. A business course will not be of as much value so talk no more about it. You are not getting so old that you can't spend your time at high school, are you?

Otto did go on to high school. Here's the actual persuasive postcard below: 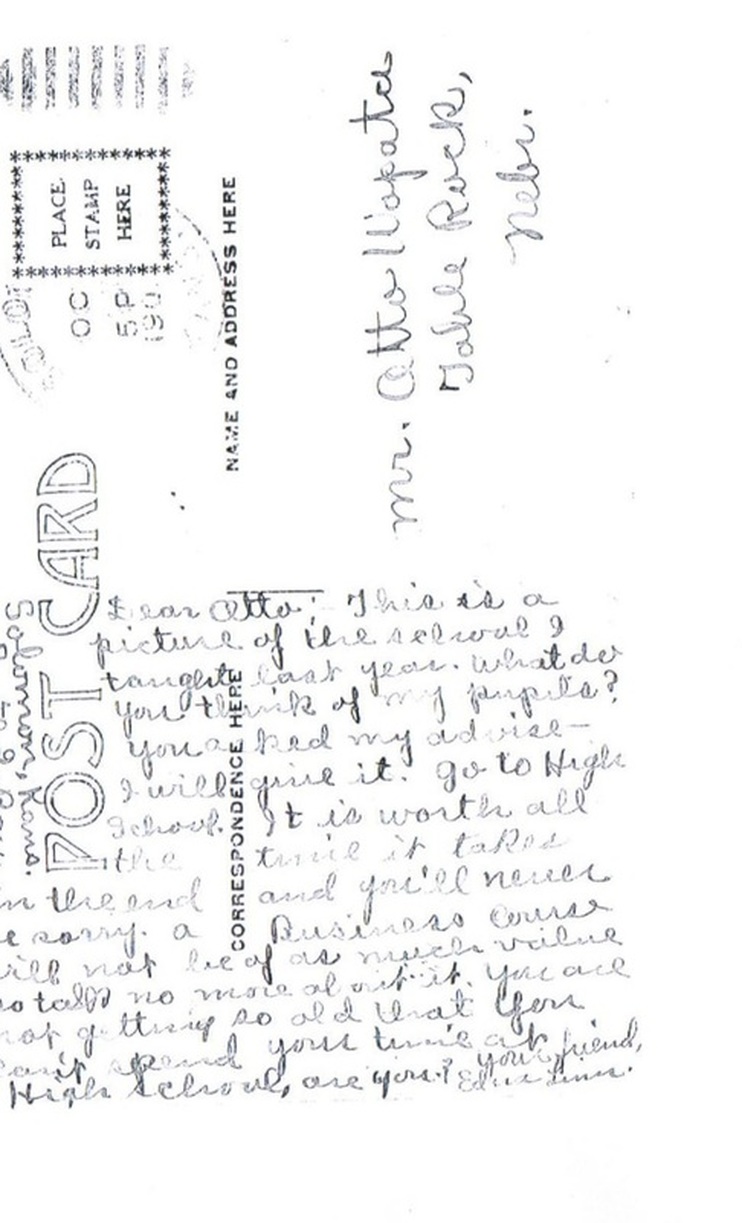 after school, OTTO soon chose to become an entertainer. a contortionist no less! 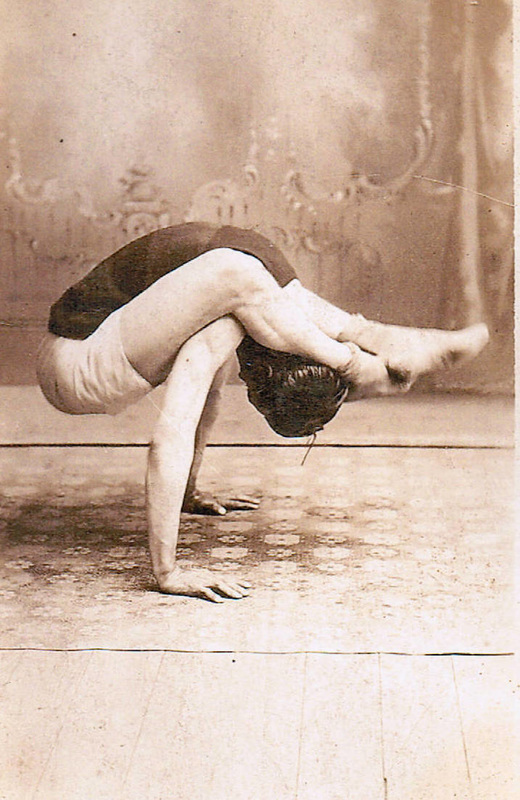 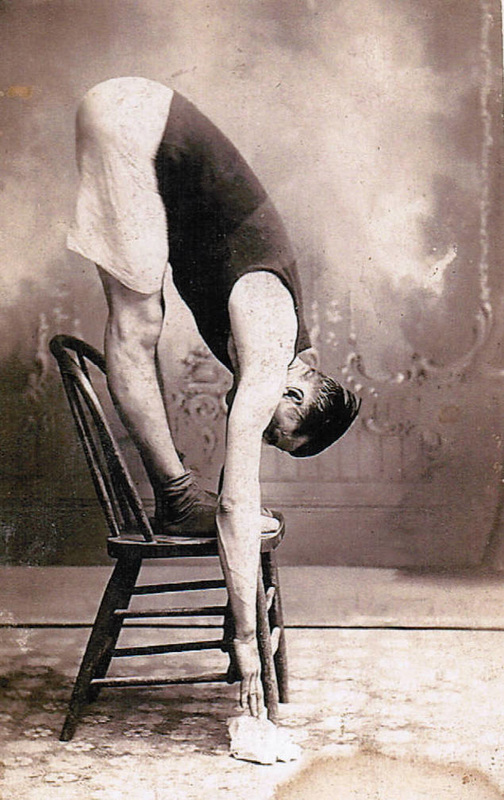 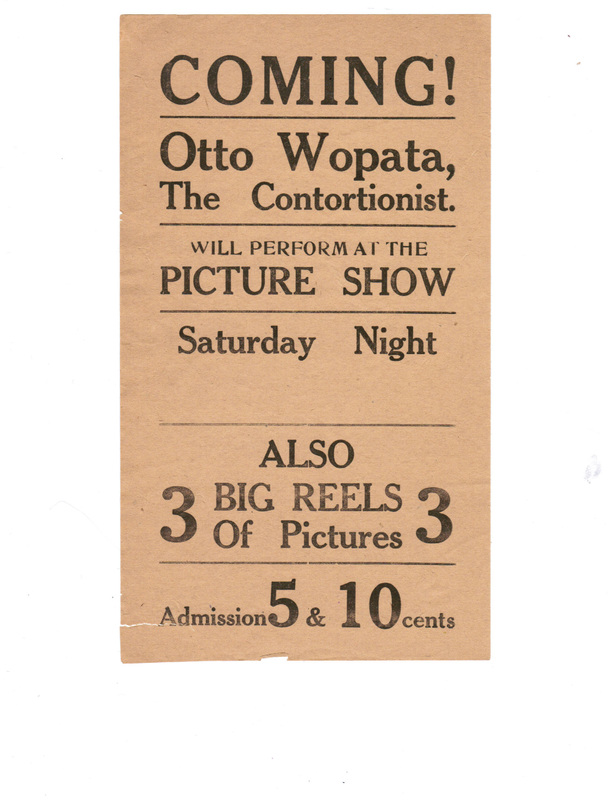 An advertisement shared by Richard Binder. There is no date. It might be for the 1914 performance that is reviewed below, or perhaps he did his show here more than once.

Here's a review from 1914. He performed at the picture show.
the picture show in question WAS PROBABLY AT THE OPERA HOUSE; THE THEATER HADN'T BEEN BUILT YET. 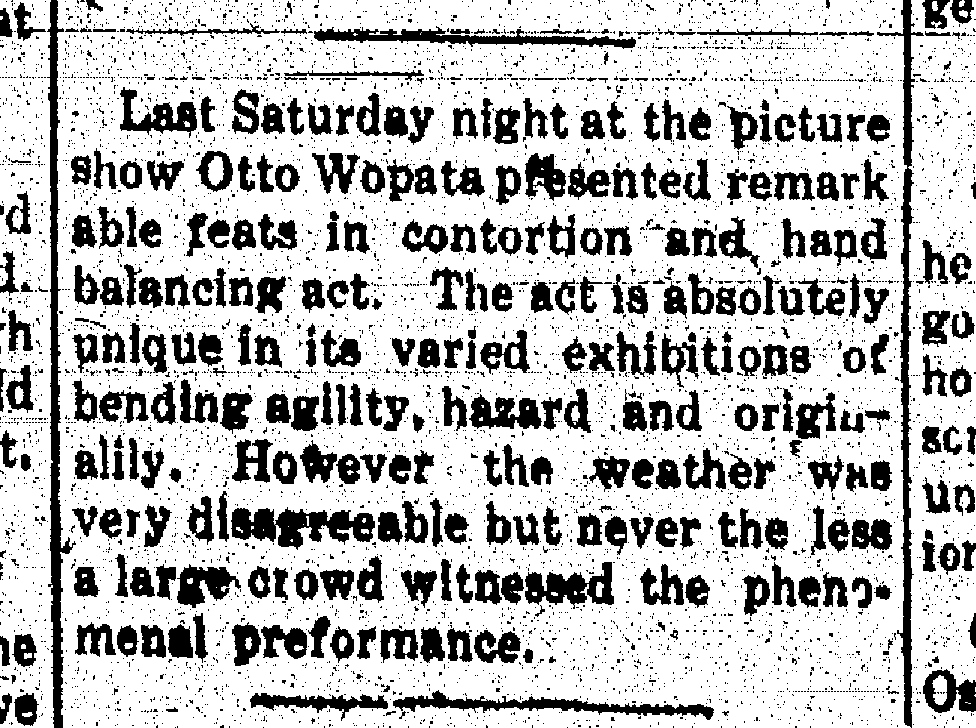 Here's his draft registration card from 1917.  According to his obituary, he did serve in World War 1.  And World War 2. 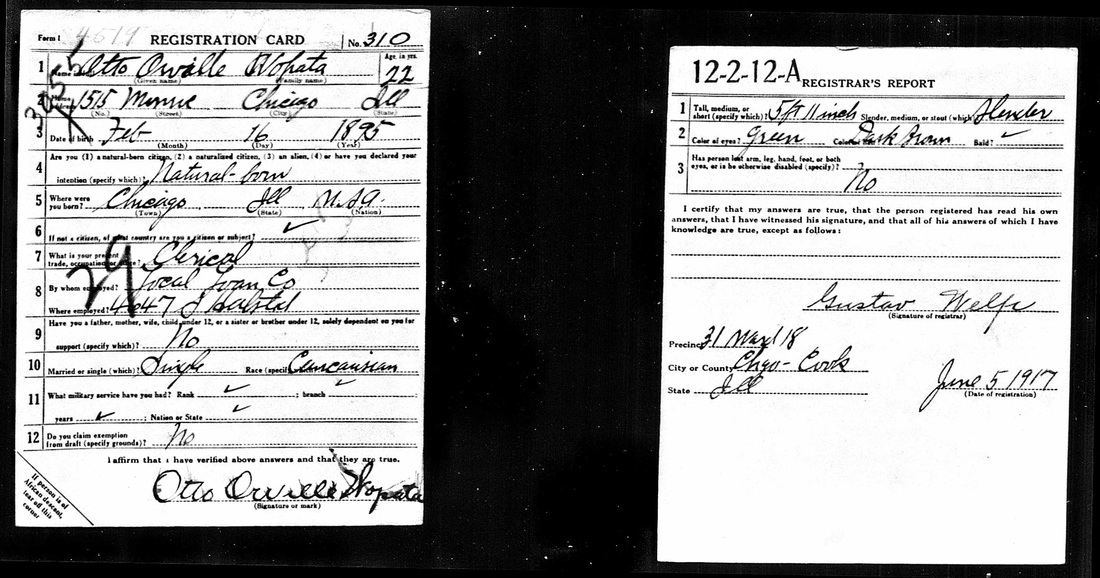 after the war, he conTINUED HIS CONTORTIONIST ACT. HERE HE IS AT THE TABLE ROCK THEATER:

The ad gives quite a resume for him.  Perhaps while he was serving in the war, or after, he was advertised as having performed for the King and Queen of Belgium, the King and Queen of Romania, General Pershing, and more.  He traveled France, Belgium, and England, and performed at "leading theaters" in America.  How much was puffery? It doesn't matter.  It sounds all very exciting.  I wonder what Table Rock people thought of him when, at age 25, he played at the new theater that had been built in 1916? 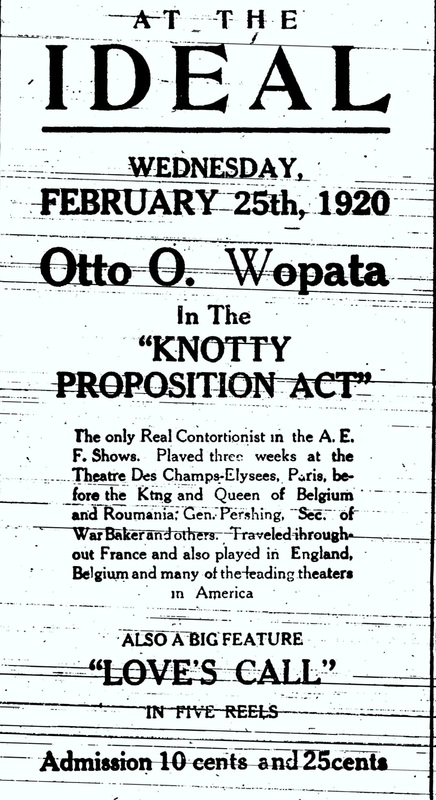 He registered in the "old man's" draft, which was for men born between 1877 and 1897.  He indicates he is a seaman, and gives a family member in Chicago as a contact.  According to his obituary, he did serve in the war. 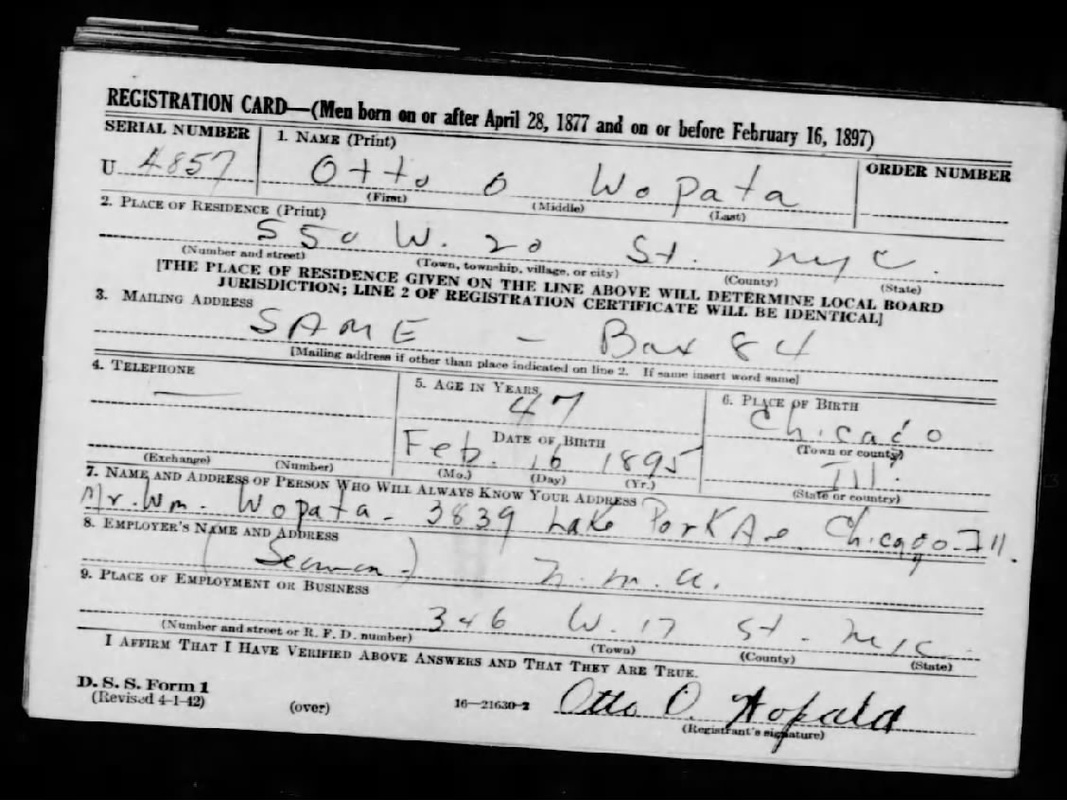 according to his obituary, in between the wars and after world war 2, He knocked around the world for the rest of his life as a seaman. When died in 1959 at age 65, he was in india. his body was cremated. 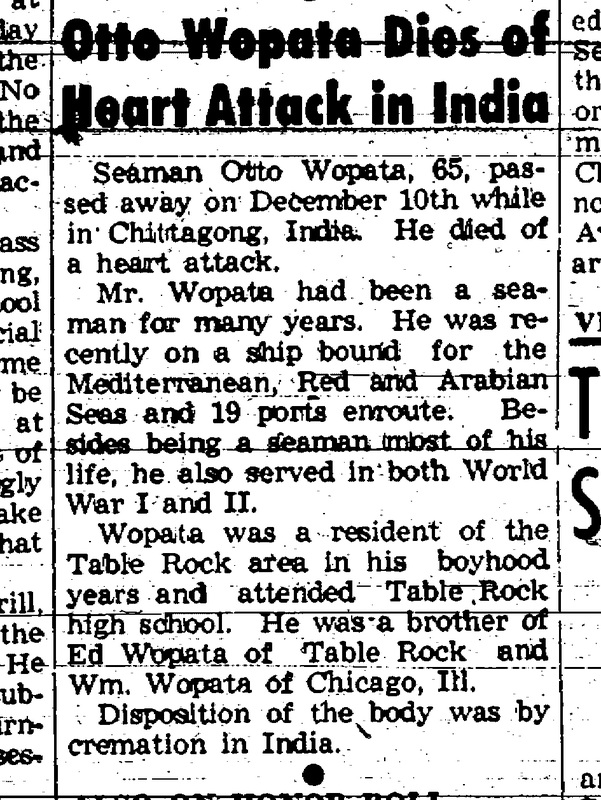 otto's trunk - if only we knew all the places it's been 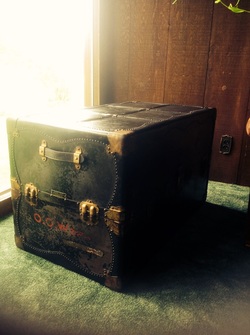 Richard Binder owns his great uncle Otto's trunk. When did Otto use it?  It doesn't look like a seaman's trunk. Was it from his vaudeville days?  Don't know, but it is a pretty neat looking thing.
View My Stats