THEY FOUGHT AT GETTYSBURG.
AFTER THE WAR, THEY SETTLED IN TABLE ROCK.
IN 1913, TWO OF THE GETTYSBURG VETS WENT TO A HUGE GATHERING THERE.

THE GREAT GETTYSBURG REUNION OF 1913

Back to Table Rock & the Civil War

VETERANS FROM TABLE ROCK, NEBRASKA WERE THERE
others stayed behind

In the 50th anniversary year of the battle of Gettysburg, a huge reunion of Civil War veterans took place.  Over 50,000 attended.  Keep reading and you will find out who went from Table Rock.

an amazing video about the reunion

This awesome video gives you a good idea of what went on.  It has a number of video clips strung together, starting a short one for this reunion and followed by another at a 75th reunion.

BE SURE TO GO TO 4:21.  There is a summary of the war deaths in various wars there that will give you goose bumps.

the g.a.r. cleared the vets who would go
at least 6 of the 160 were from within 30 miles of table rock

Who was entitled to go?  Apparently veterans who could demonstrate their presence at Gettysburg.  The selection process was done by the Grand Army of the Republic, the organization of Civil War Veterans.  On July 3, 1913, the Red Cloud (Nebraska) Chief published a list of those veterans who were going.  That extensive list is at the bottom of this web page.

On that list. you will find 160 names.  Of those, six are from the counties of Johnson, Pawnee, and Nemaha.  (I didn't see any from Richardson County.)  These six men:

The Argus article also begs the question -- did W. T. Shorter go on the trip after all?  Did he come back separately?  The Argus in that year seems to have been in a shambles, with very little local news. There WAS a big article on the reunion, in the pre-formatted section of the paper. It's quite interesting and is also included below. 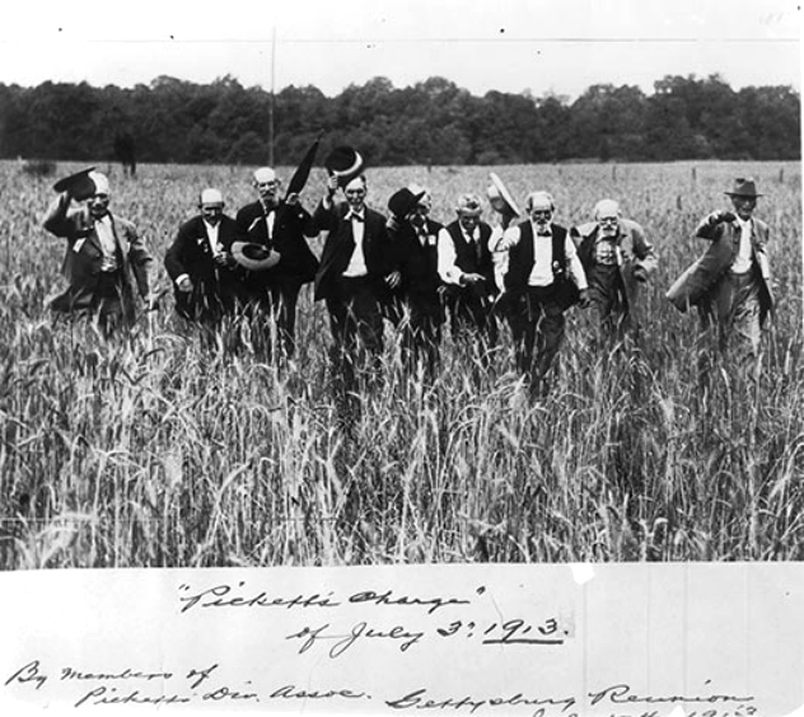 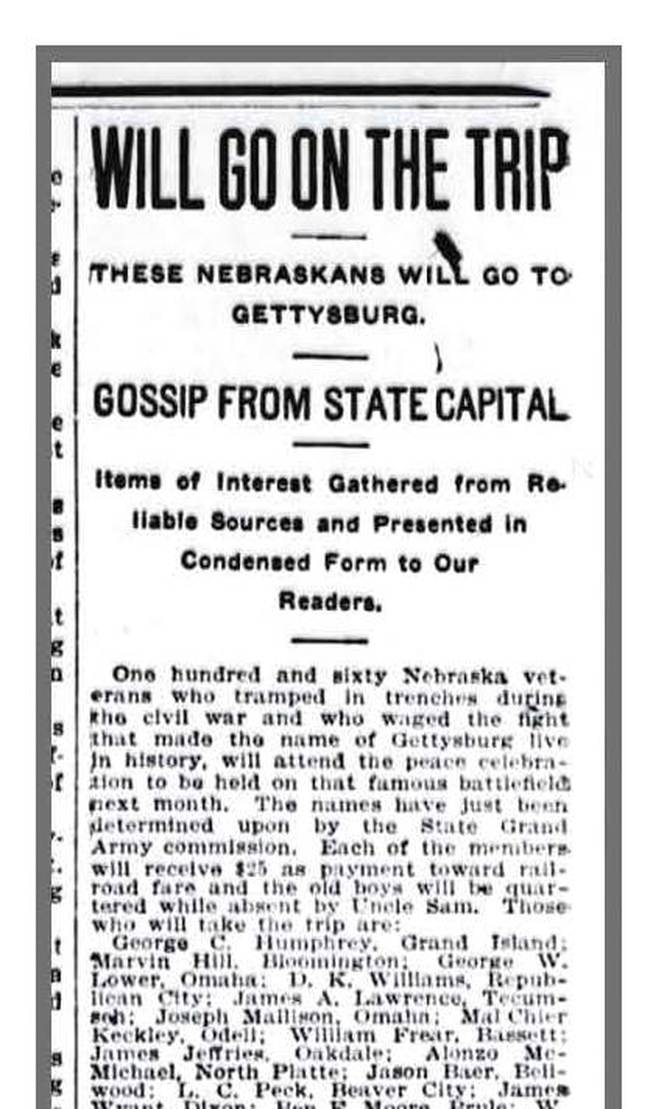 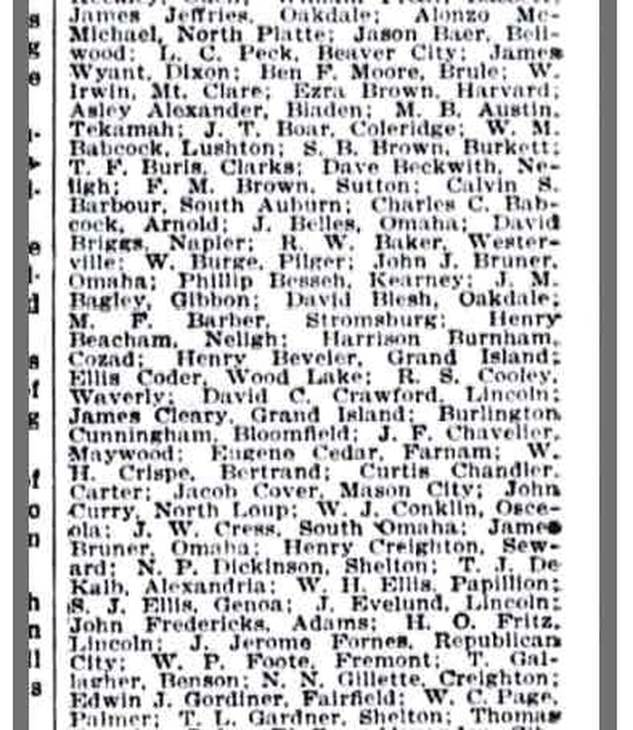 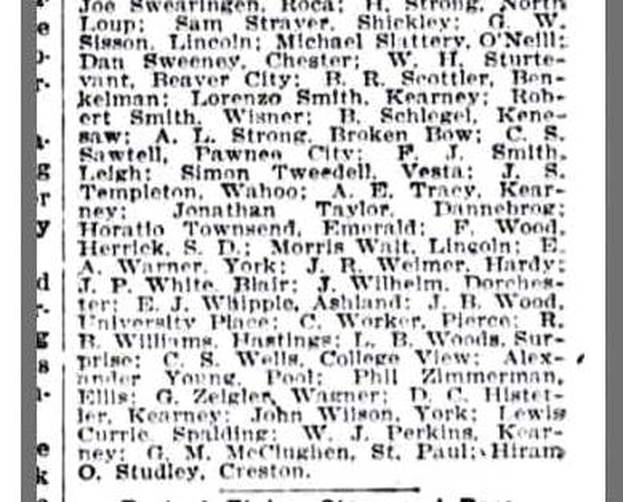 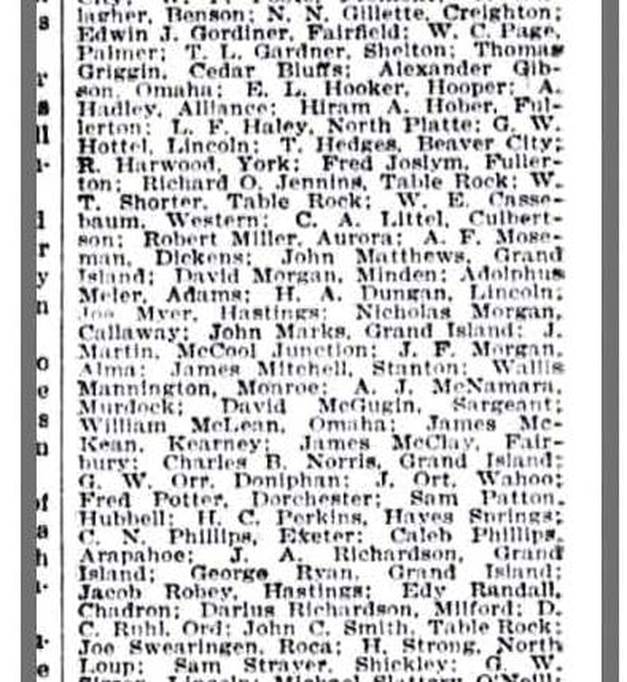 THE NAMES OF W. T. SHORTER AND JOHN SMITH ARE
NOT ON THE VETERANS MEMORIAL IN THE PARK 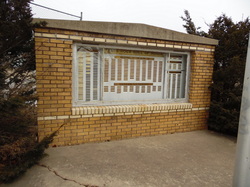 Our veterans memorial lists the names of our Civil War veterans.  When the list was compiled in those days, a number of veterans' names were overlooked. None of these men's names are listed.

The American Legion has a possible project afoot to rehabilitate the memorial because many of the plaques are too sun damaged to be read. When that is done, they hope to add plaques for men like these.
View My Stats