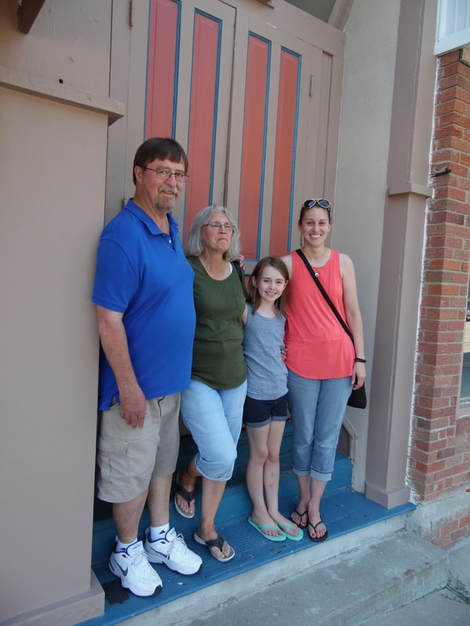 During a June 2018 visit to Table Rock, Mike & Linda Warner, with their granddaughter Hayley Sander and their daughter Kelli Warner Sander. Photo 6620.
Ben Heer of Table Rock and his second wife, Martha McNeal, had many children, and who included a daughter Mary Alice,  who went by Alice.

Alice Heer married Ray Warner and they made Humboldt their home.

Loren was Mike's dad.  That is who Mike is.  And Linda, his wife, is the genealogist who has gathered records and photographs. Mike & Linda's granddaughter Hayley is a museum nut, so grandma & grandpa and mom met in Table Rock to give Hayley a tour of Table Rock.  "Is, like, every building here a museum?" Hayley asked.

Here are photographs (or what copies she had of them) that Linda shared .

This precious picture was in bad shape.  It had broken in half, and part was missing.  It shows a young Ben & Martha McNeal Heer & family.   However, what the picture lacked was made up for by what it had: names.  This picture was listed as unidentified until Linda Warner spotted it on the wall. 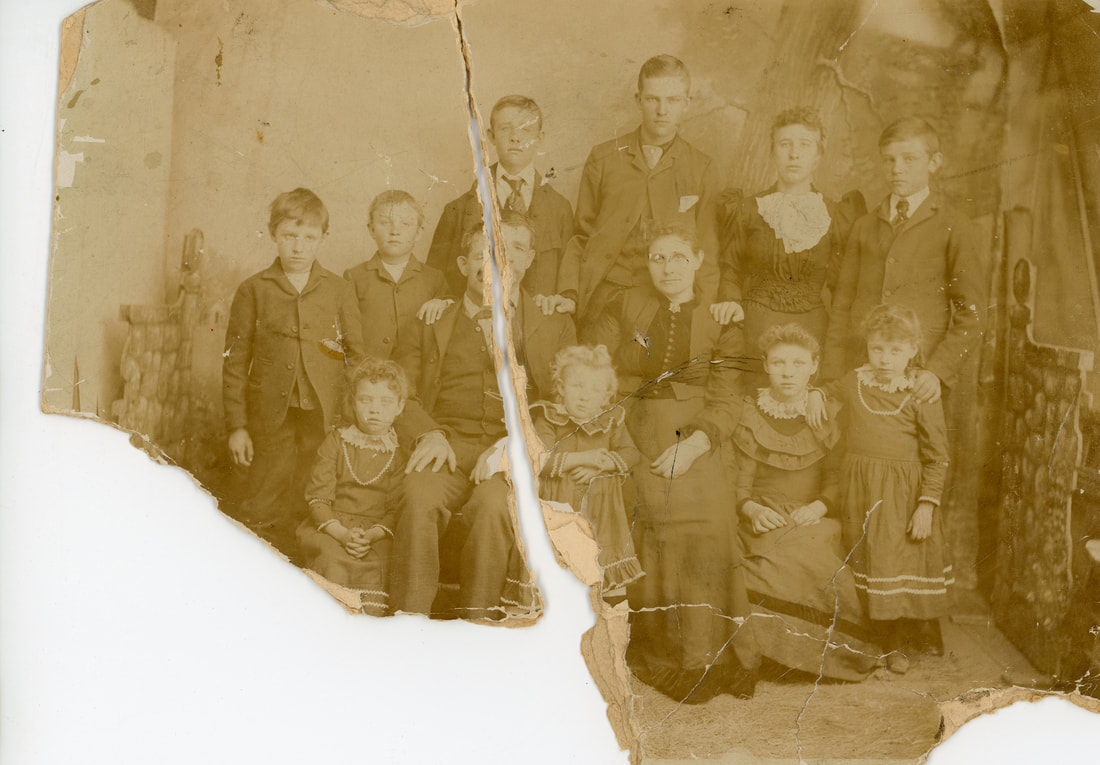 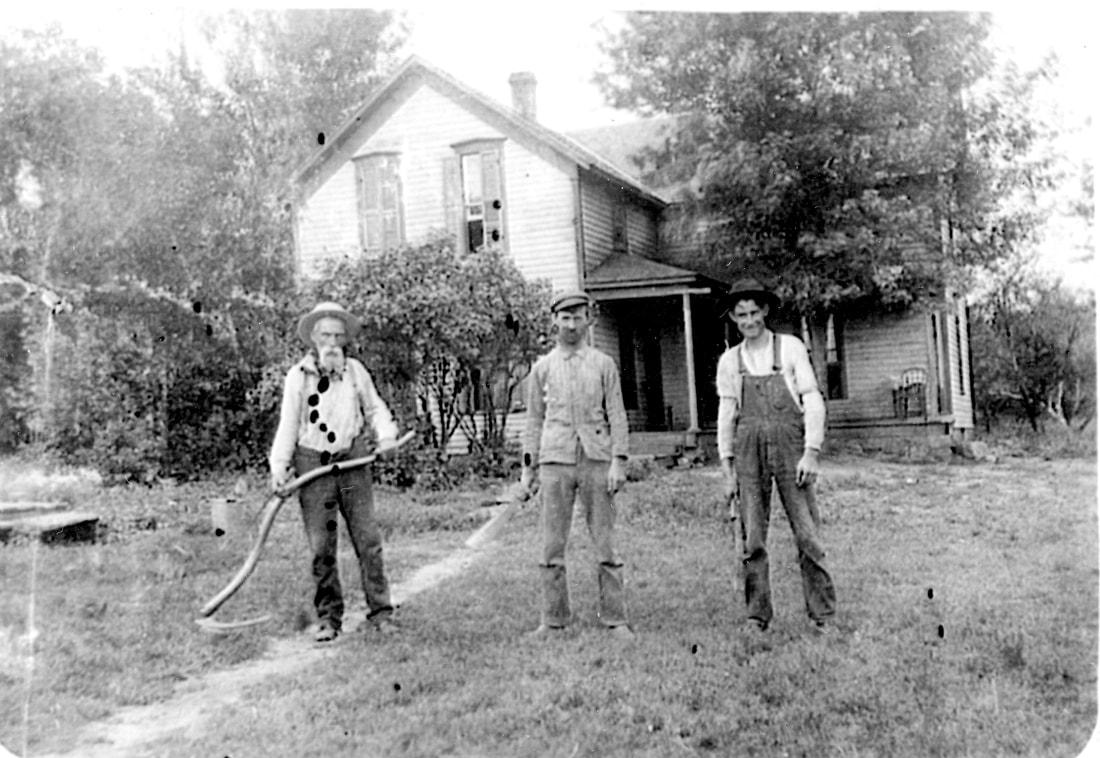 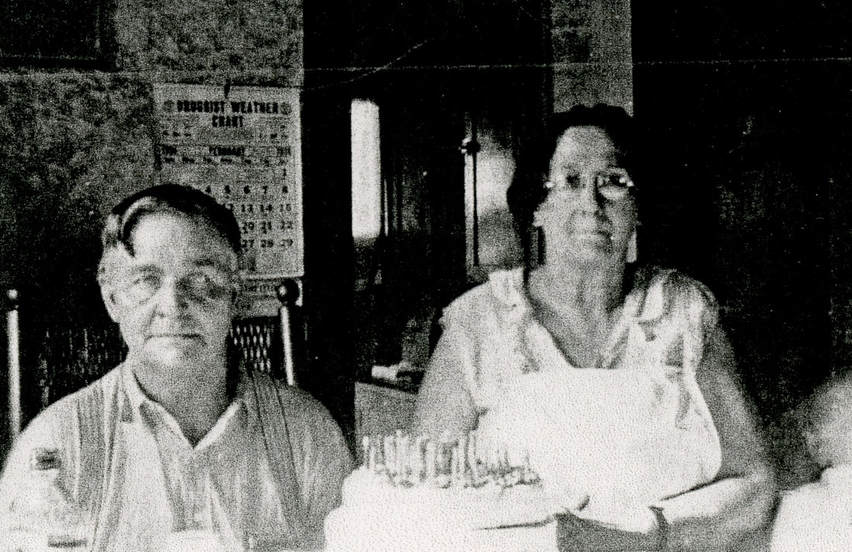 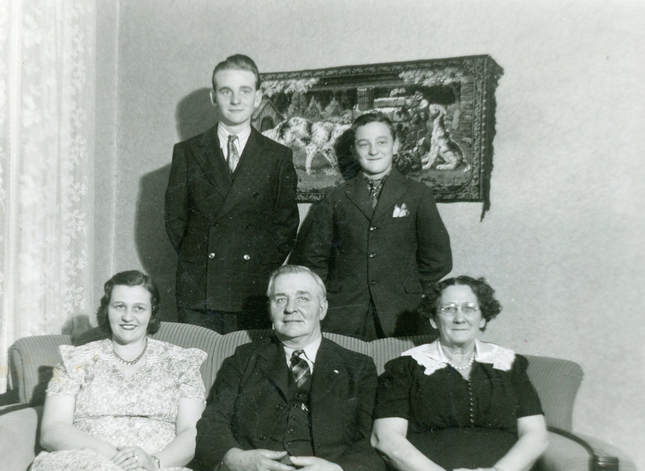 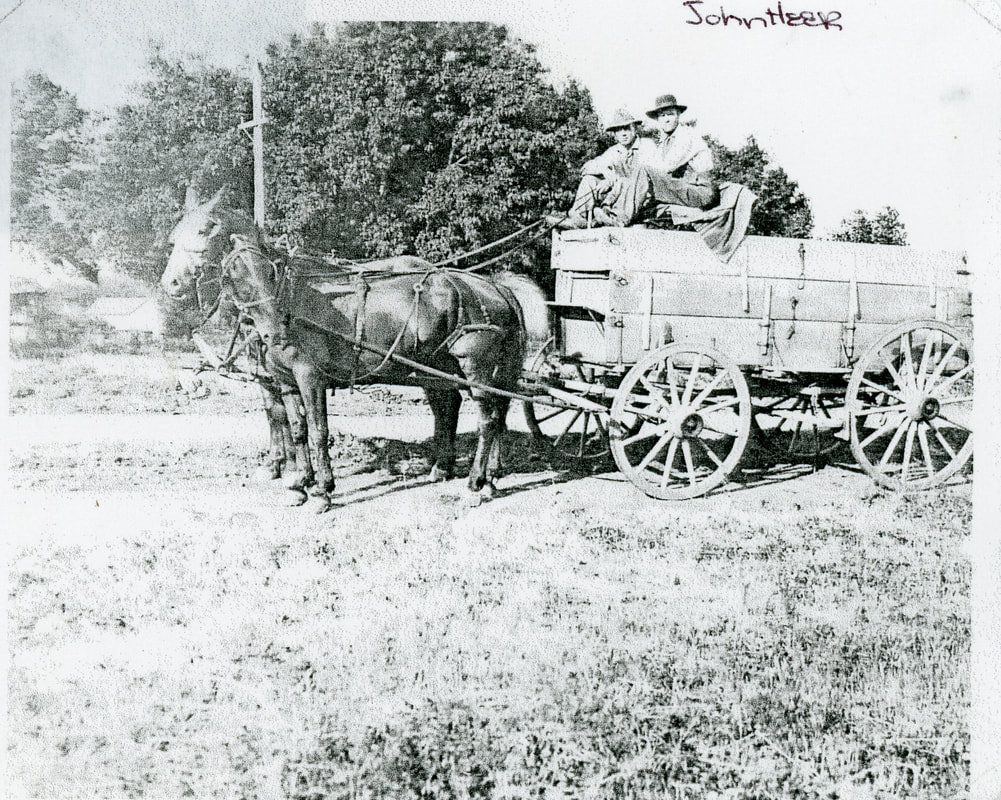 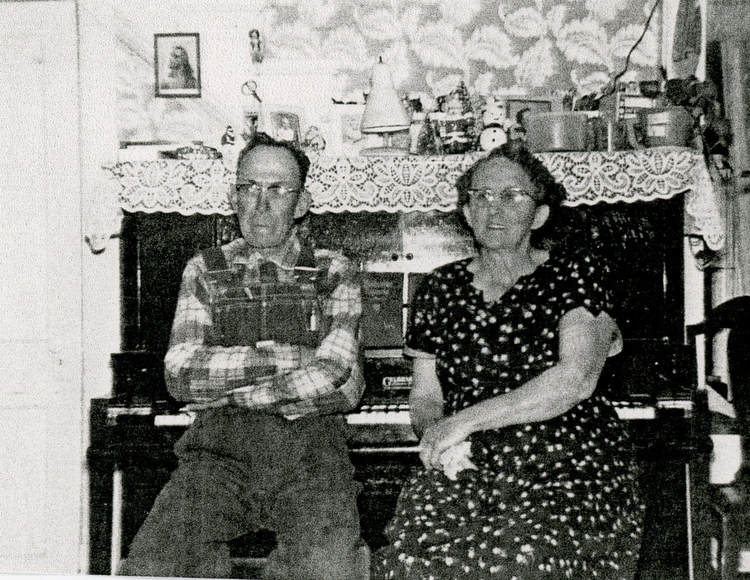 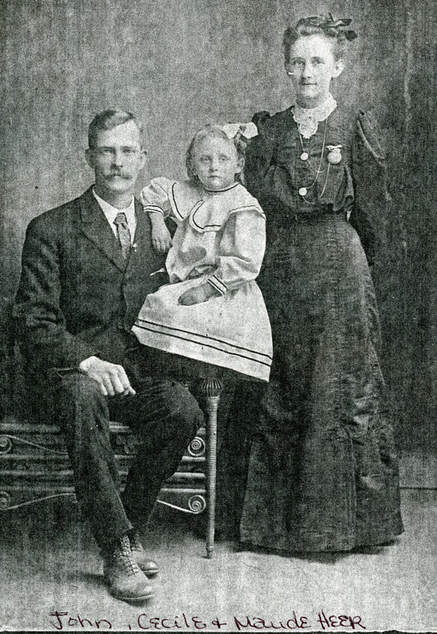