Silas Bowen farmed near Table Rock. He was killed in 1905 at the age of 42 while he and his son Ralph were coming in from the fields.  A storm hit and they headed for home. They each were driving a team. Lighting struck, killing Silas and and knocking his team down, and knocking Ralph unconscious and killing the team that he had been driving.  When Ralph came to, he found his father dead, and hurried to the house and then to a neighbor's for help. Ralph was 18, the oldest of the children.

After Silas died, Effie married Cass Davis.  She died in 1918 at the age of 51 in the influenza pandemic, which took many lives in Table Rock. 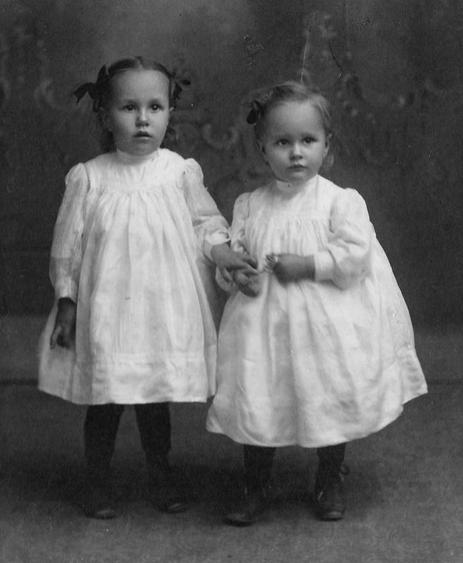 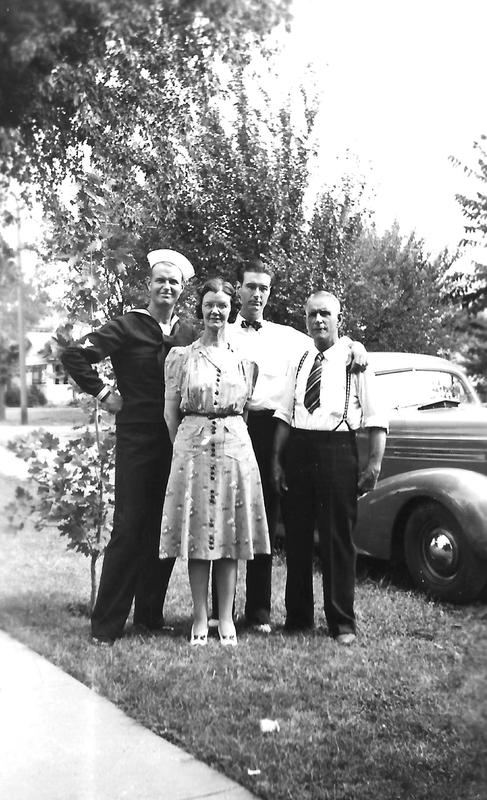 Grace and Ralph Bowen with their sons Lloyd and Raymond. Photo 3579 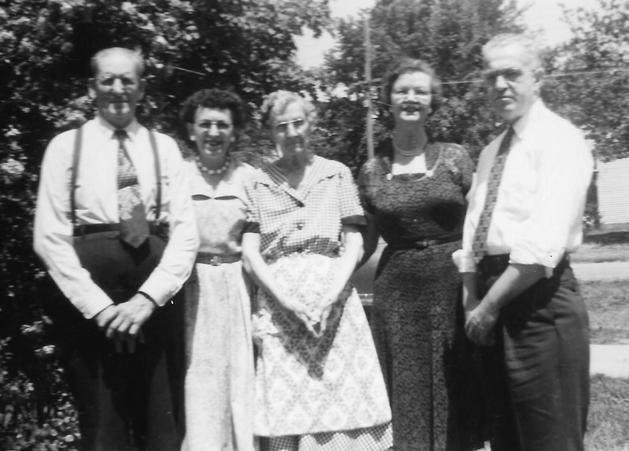 Taken in 1956: William Alderman, Esther Bowen, Myrtle Alderman, Grace Bowen Doyle, and Jim Doyle. Bonnie says of Esther Bowen, "She was my father’s (Raymond Bowen) second wife. She was a wonderful step-mother. My biological mother deserted me when I was two and my grandmother, Grace Bowen, raised me until I was 10 when my father remarried)." Photo 3580. 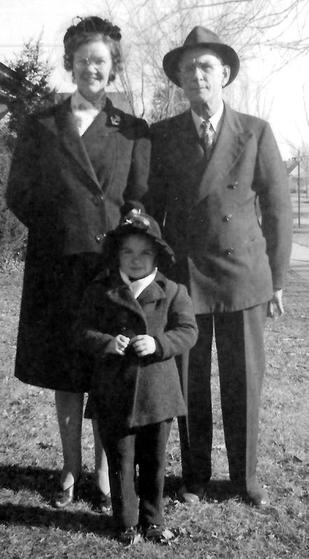 Little Bonnie with her grandparents Grace and Ralph Bowen. Photo 3581.
This photo is of a house on 7th and Pennsylvania.  When the photo was taken in 1945, Bonnie says, "It was the home of my grandmother Grace’s sister, Myrtle and her husband, Will Alderman.  Will was the school custodian at the time.  Myrtle was a fantastic cook." 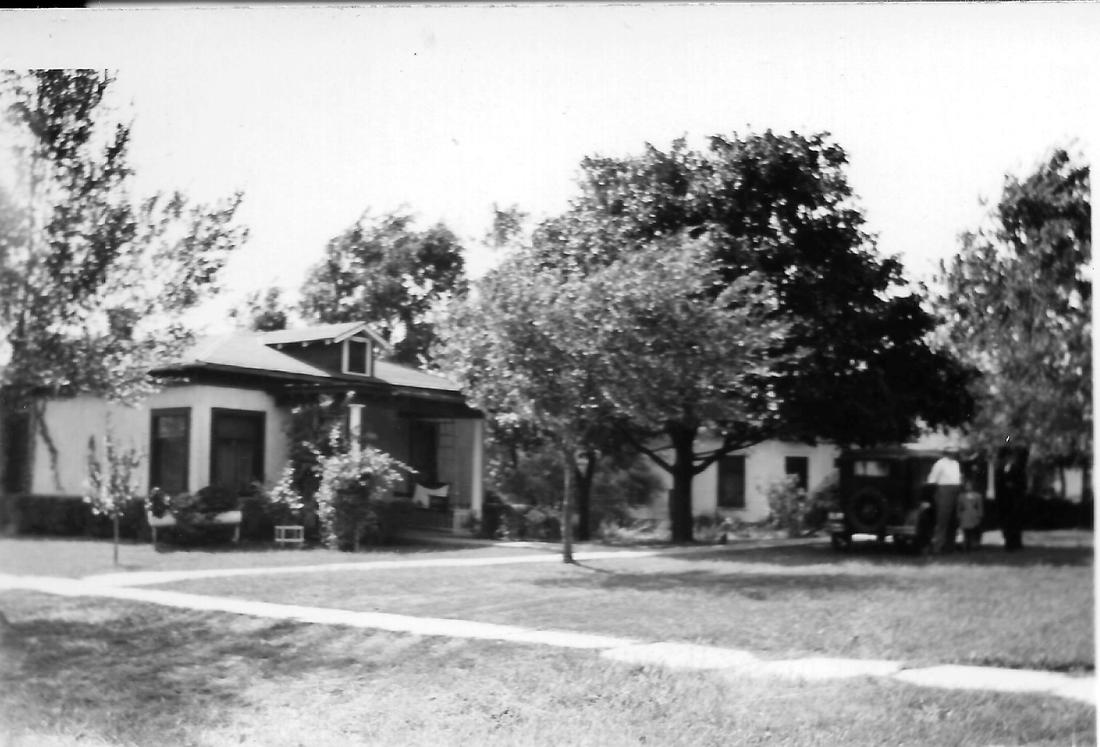 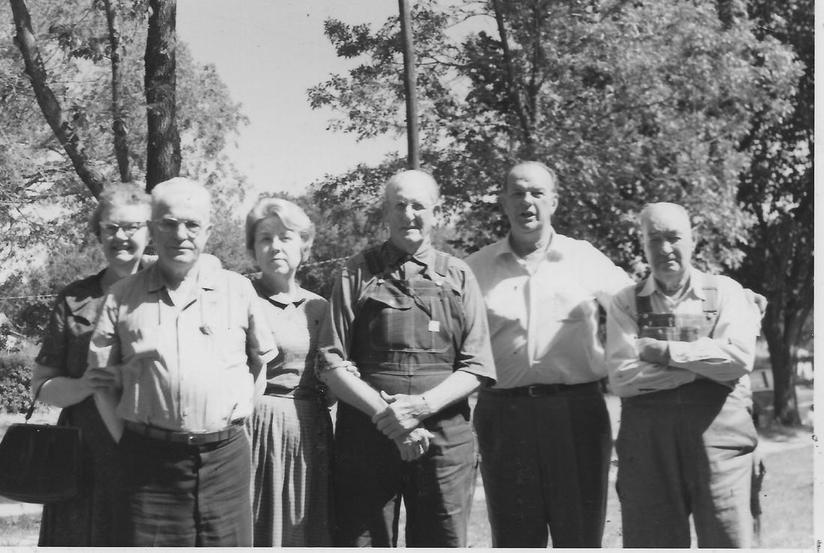 Taken May 23, 1966. Grace Doyle, Jim Doyle, Bea Bowen, William Alderman, Lloyd Bowen, and -- Bonnie is not sure of the last person, possible Grace's brother, Art Horton. As to Bea Bowen, Bonnie says that Bea was her uncle Lloyd’s wife. 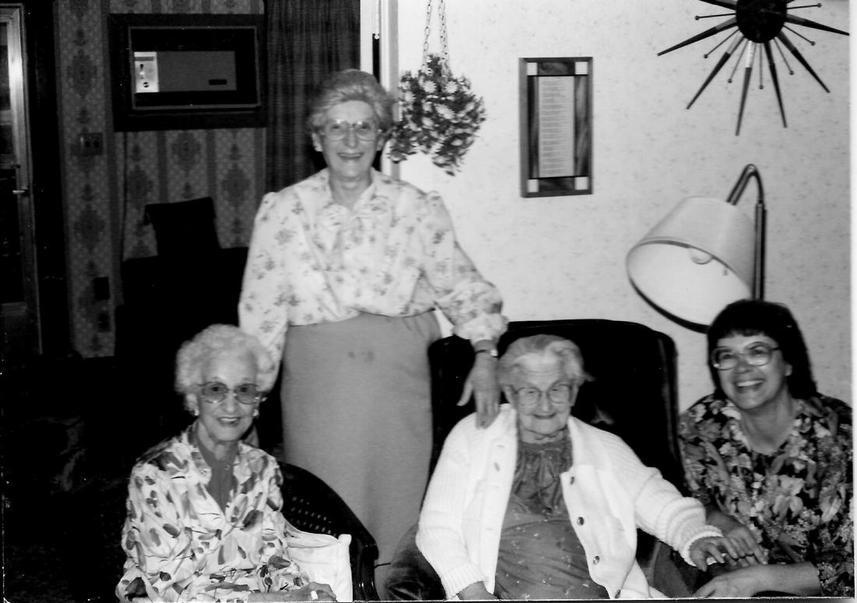