In Praise of Table Rock

​an 1857 territorial map
​from the library of congress

detail of the southeast corner of nebraska territory: 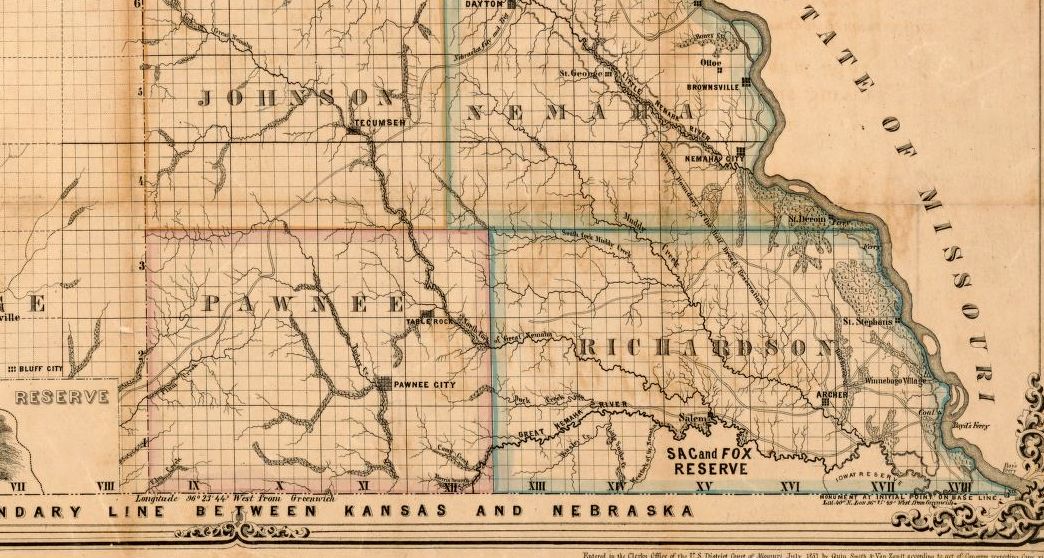 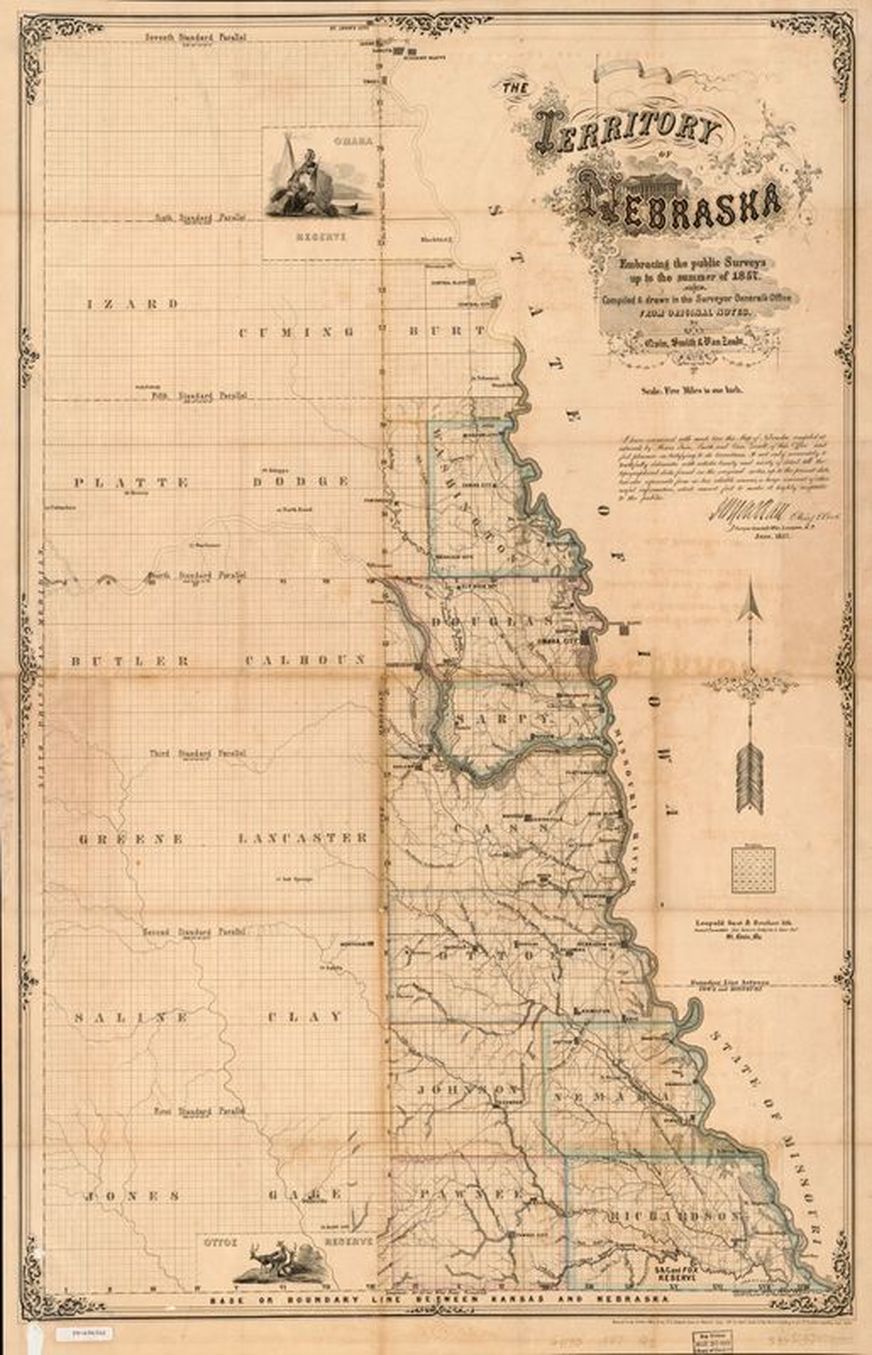 the map of nebraska a "few" years later:

an 1870 map of southeast nebraska

Table Rock did not show up in the video well, but it is a cool map, and the map is in Table Rock.  It is in temporary storage, so if you want to see it, ask for it. 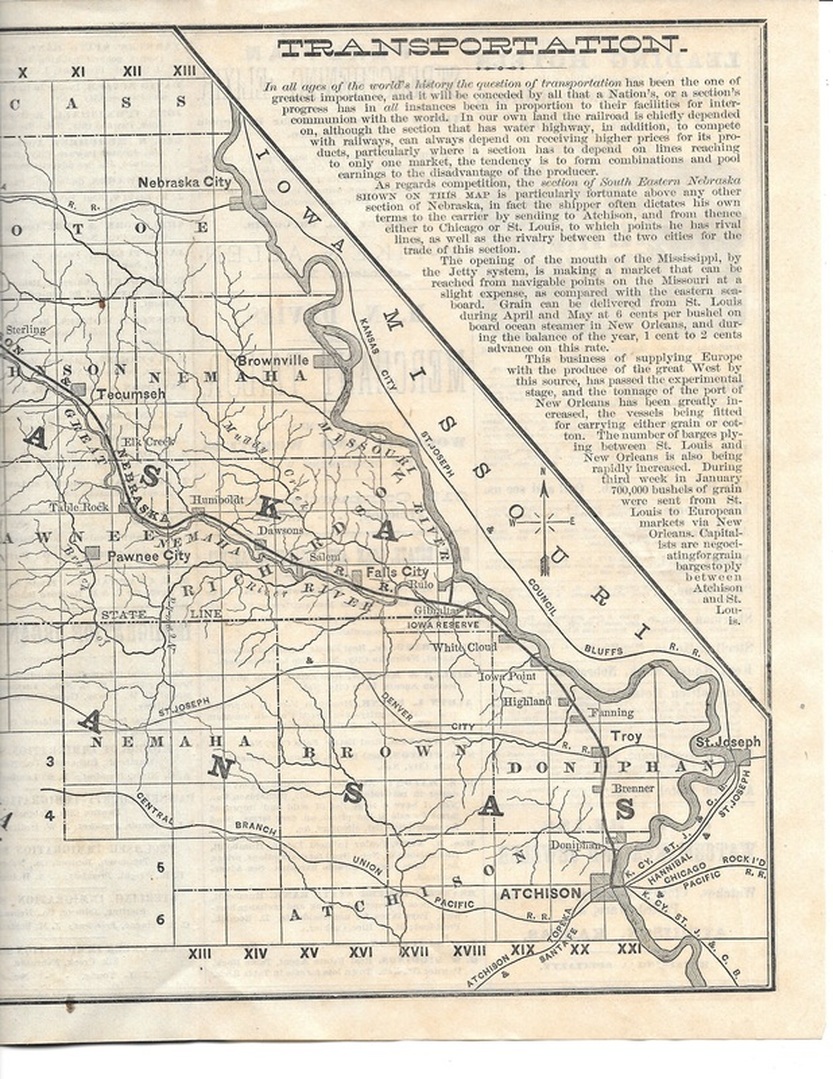 Original town was platted around 1857, when Table Rock was actually incorporated, by operation of law. The Railroad Addition was probably platted in 1870 because the railroad actually was built and the first train came through by late 1871.  This map is from an 1885 book but was approved in 1884.  The first view is from our original atlas, the others are from an online source. 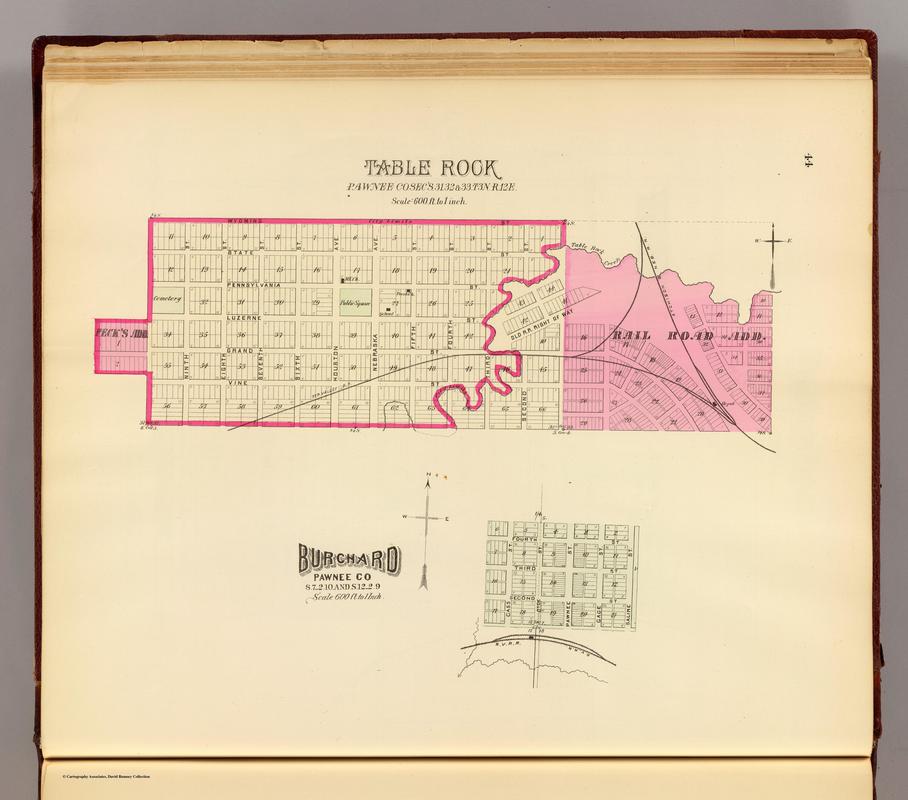 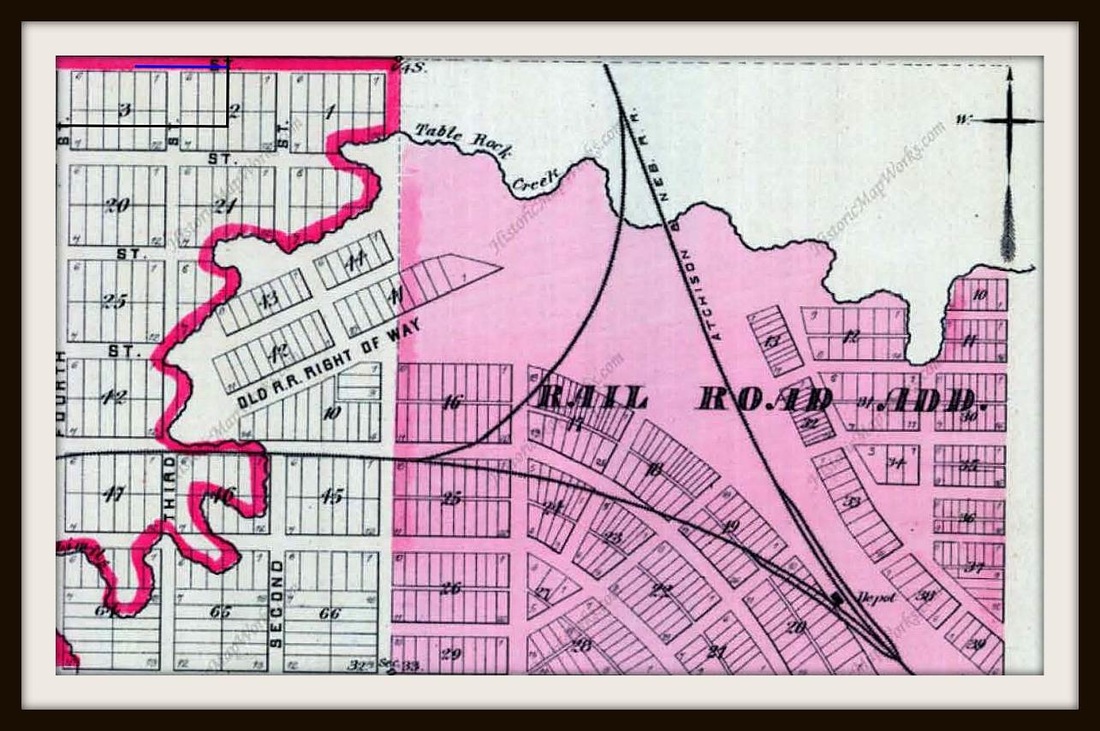 The identity of the source of these maps has been lost.

This section shows a Catholic Church out in the country but despite considerable effort there is no evidence found (yet?) that there was ever a church building.  Nobody today remembers hearing about it, but of course this was many generations back.  And no documentary evidence has been found either. Indeed, St. John's in town is supposed to have been built in 1877, well before this map's date.  There IS an old Catholic cemetery at the noted location.  Research continues.

This map DOES show the location of the original mill east of town, with a fuzzy arrow pointing to a bend in the river.  An 1859 article in the Brownville Advertiser newspaper contains an account of a trip to Table Rock, which included coming upon the mill full of activity in the dark of night.

"S.D." means "school district" and the building marks the location of a country school. 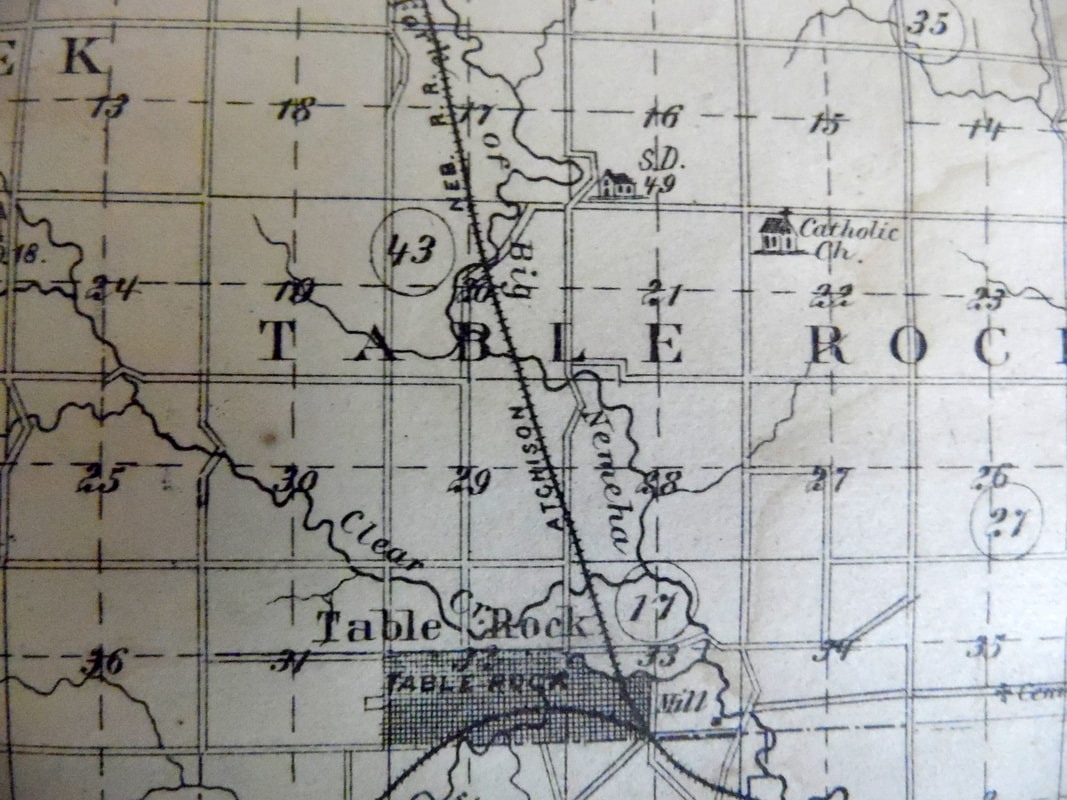 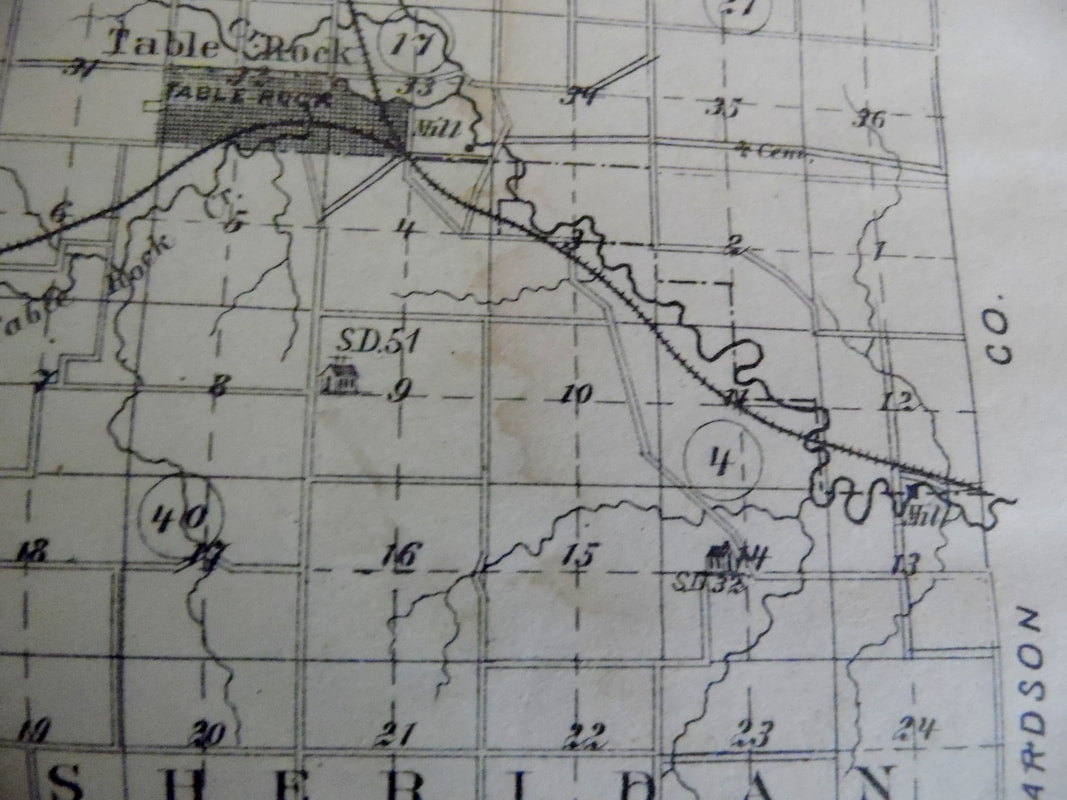 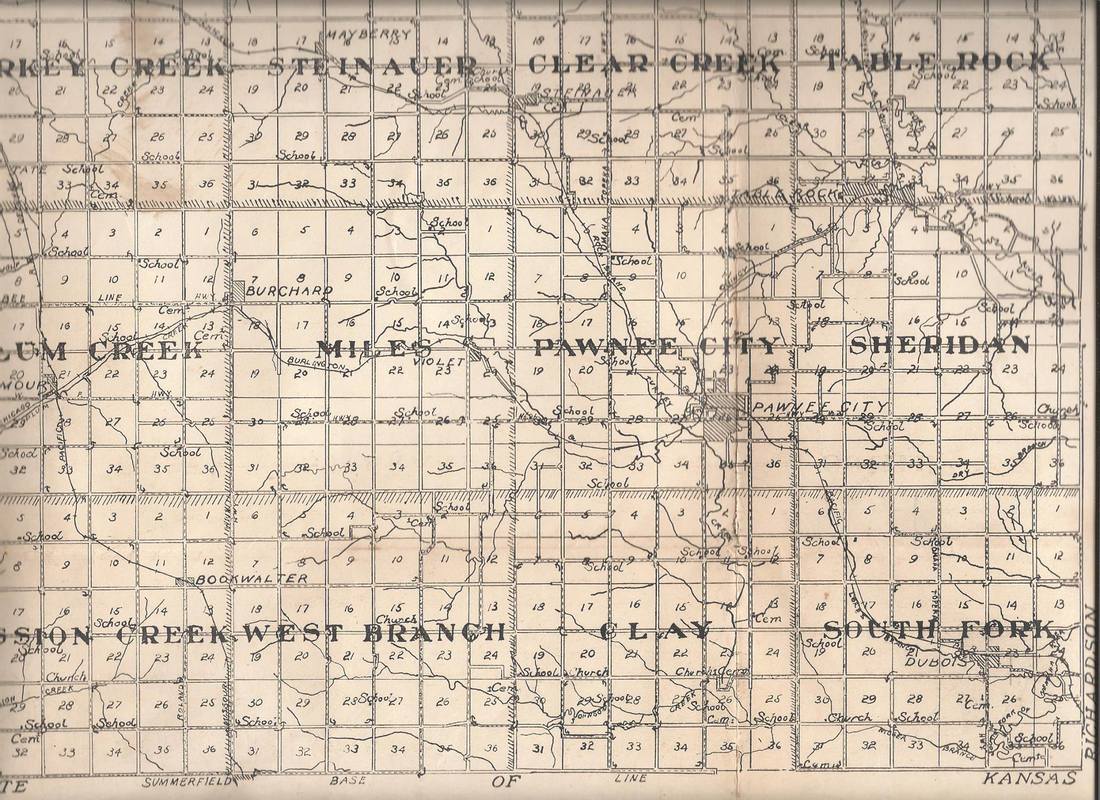 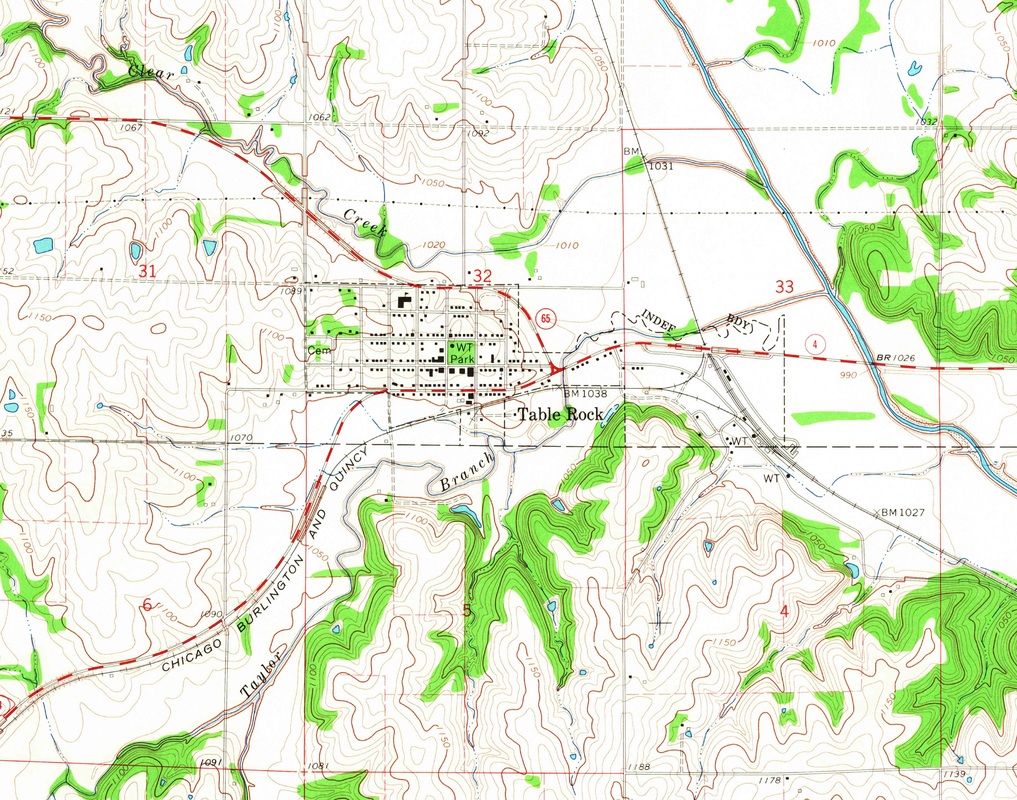 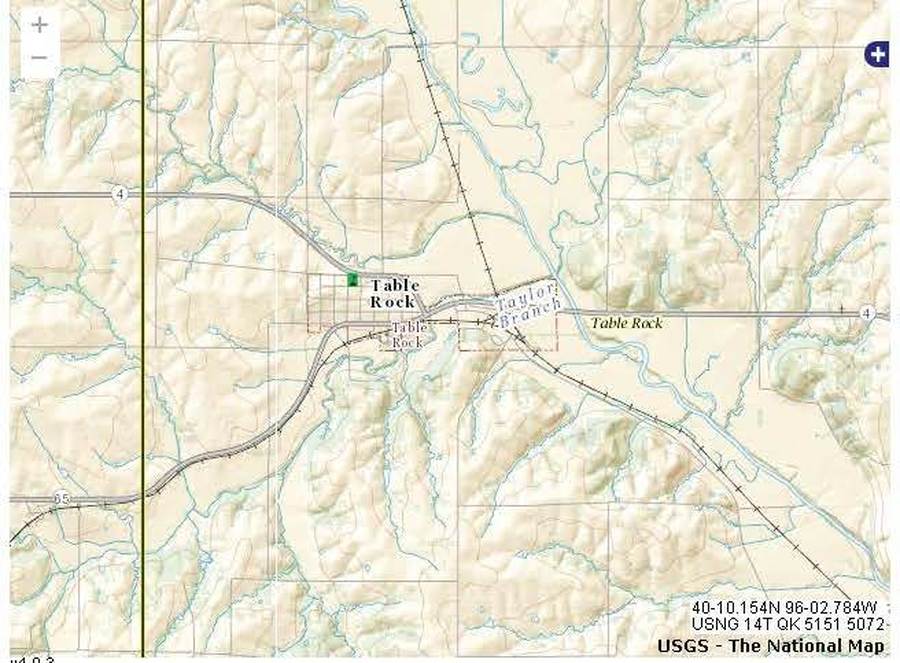 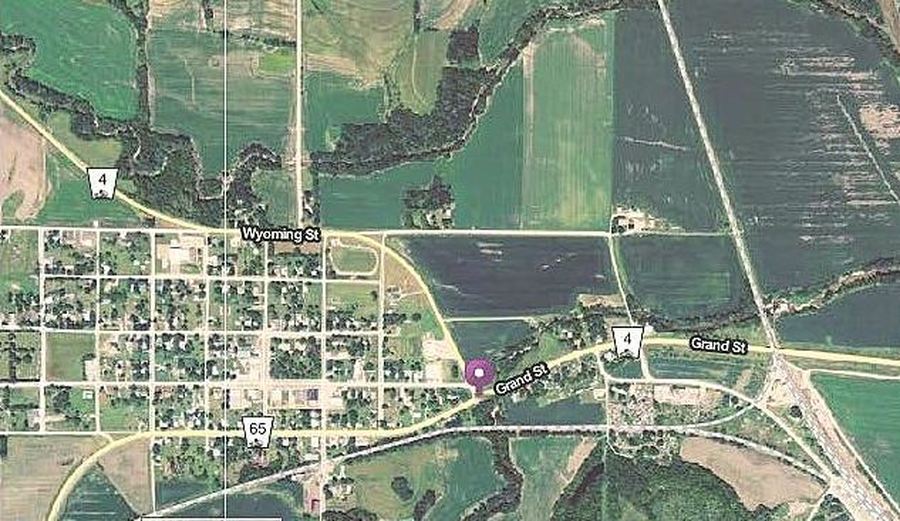 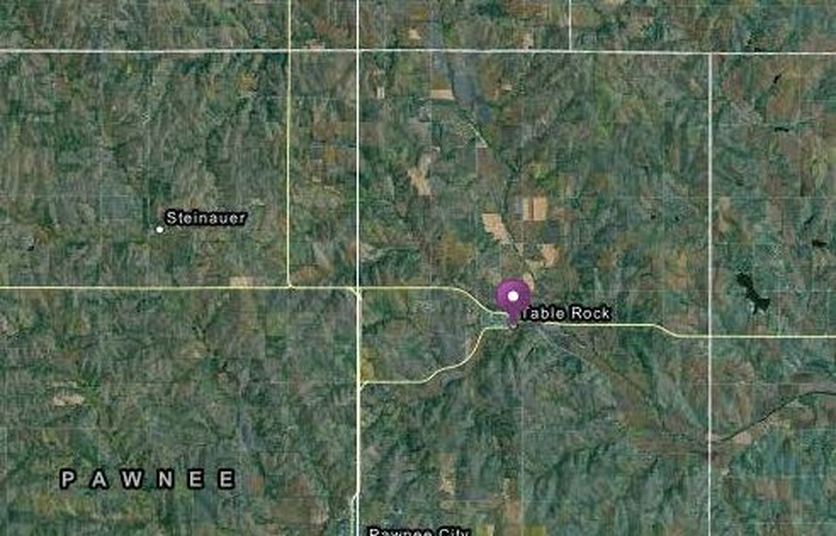