We know very little about this family.
zSpencer & Flora Foster George lived in Table Rock for a time.  According to genealogist Cheryl George, they were moved to Table Rock at a time unknown.  Flora died here in 1893 and is buried in the Table Rock Cemetery. 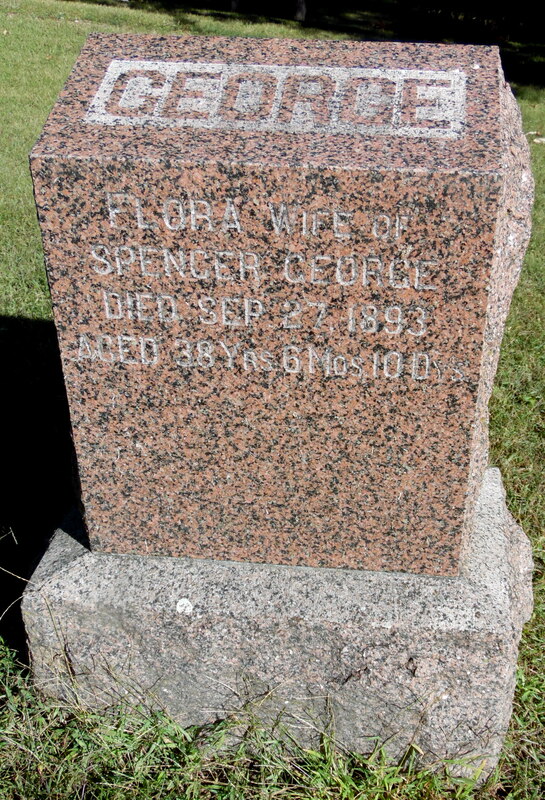 willie george, a table rock soldier of the spanish-american war

​Here is a photograph identified on the back as "Willie  George." This photograph was from the collection of Ines Linn Madden.  First, We think this is Spencer's son William.  His uniform appears to be of the Spanish-American War era, and the San Francisco studio on the frame likewise is indicative of that war, because the men from Table Rock who enlisted were shipped to Manila via San Francisco.  Second, the family lived in Table Rock at least during a period a few years before the Spanish-American War, if his wife Flora died there in 1893. 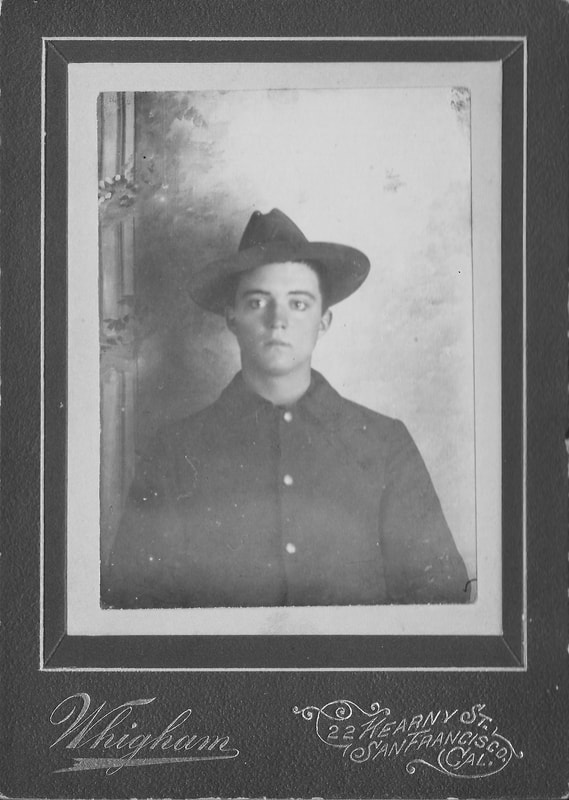 Table Rock's Willie George moved away but kept up his ties with local people for  while at least. This is evidenced by an announcement in 1913 that was apparently sent to someone in Table Rock; it was found in the Historical Society's records in a collection of some miscellaneous documents . The writing on the envelope were with the invitation. It is in two hands but we do not know whose. 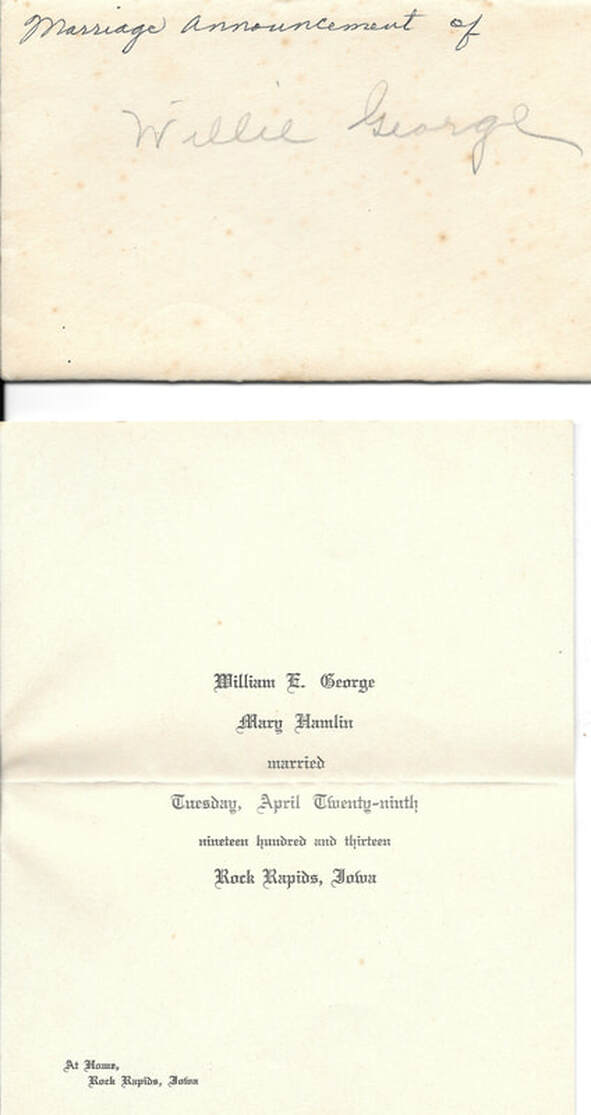 Willie George died in Alameda, California in 1949 at the age of 70. Mary died in 1983 at the age of 94.  They are both buried in  Golden Gate National Cemetery in San Francisco, California.  Her inscription is on the back of his stone.

​read about another table rock soldier who fought in the spanish-american war: