"The Rocks" at Goat Hill

Local geology has been of interest since 1856, when C. W. Giddings and Robert V. Muir came here looking for a place to bring settlers from the coal mining country of Pennsylvania.  They found coal and were hopeful, but in the end the deposit was shallow and limited and nothing came of it.  Later, oil was found and a couple of attempts made to drill a well, but they were unsuccessful.  Still, "the" Table Rock makes geology a long-term matter of interest.
A geologic bedrock map.  Blue and grey represent the oldest bedrock. 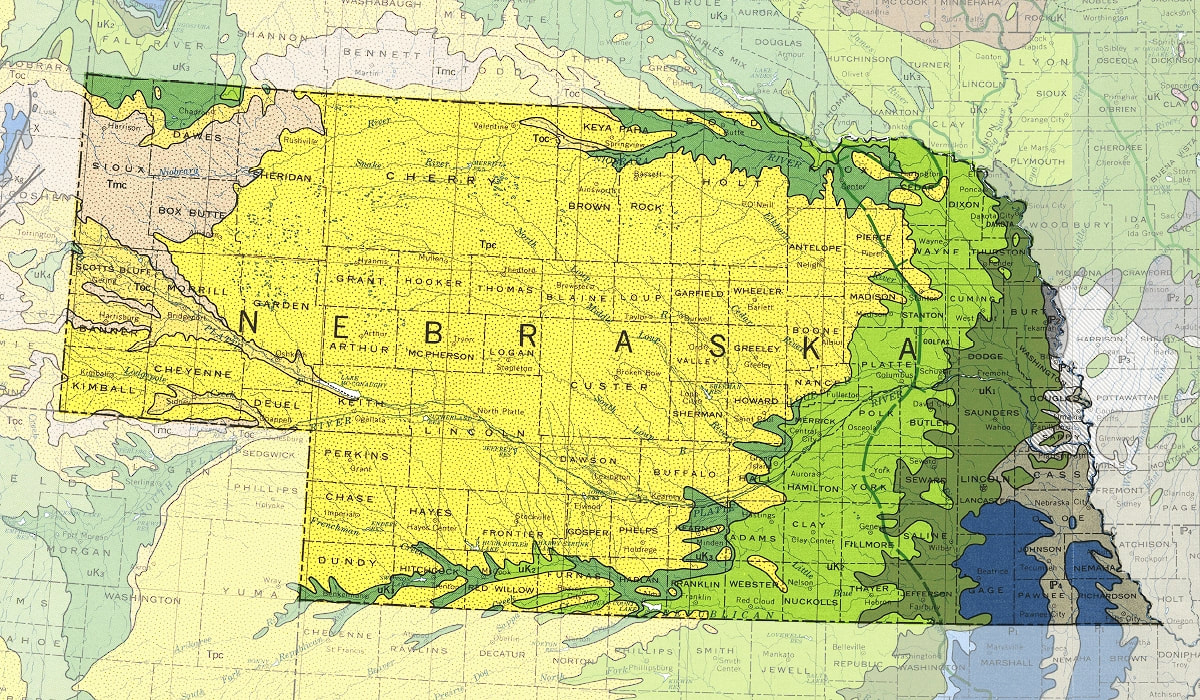 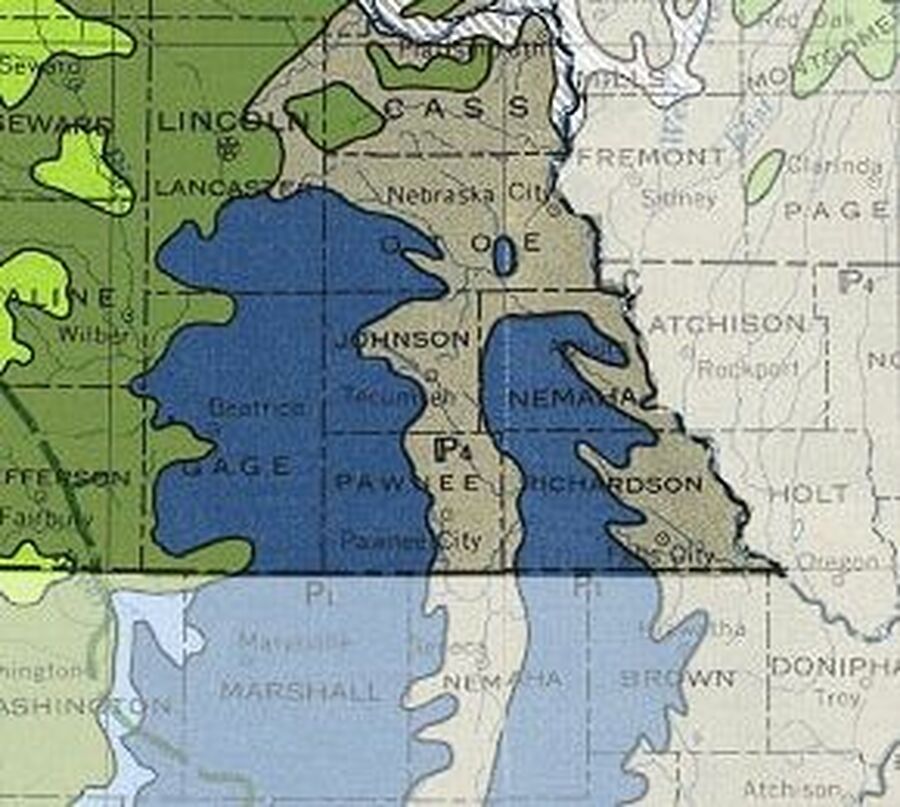 A friend of William Sutton's visits, carries away some rocks, and returns a "very fine grade of cement."  According to Dr. Google, one current definition of cement is "anything that binds, particularly a substance made of burned lime, clay, sand and water to make mortar or sand, water and gravel to make concrete."  We're not sure what the article was referring to as cement, but presumably something made of some particular type of limestone from Table Rock (there are may kinds, by the way). 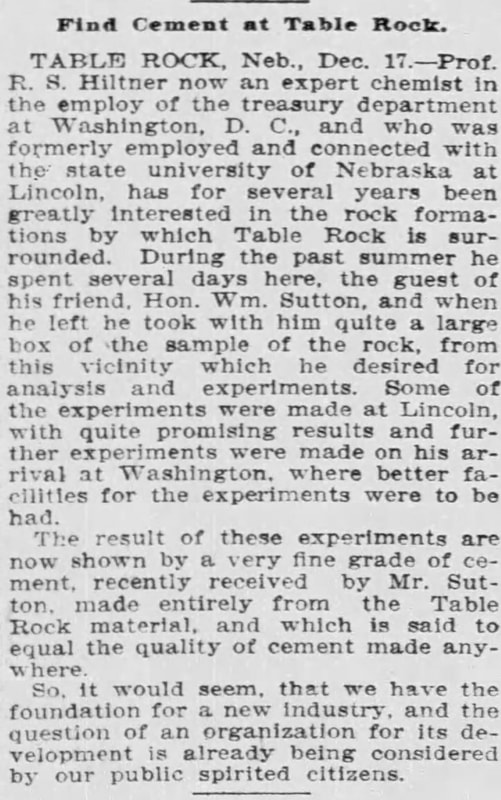 collected in 1932 - a fossil at the
​peabody museum of natural history,
yale university 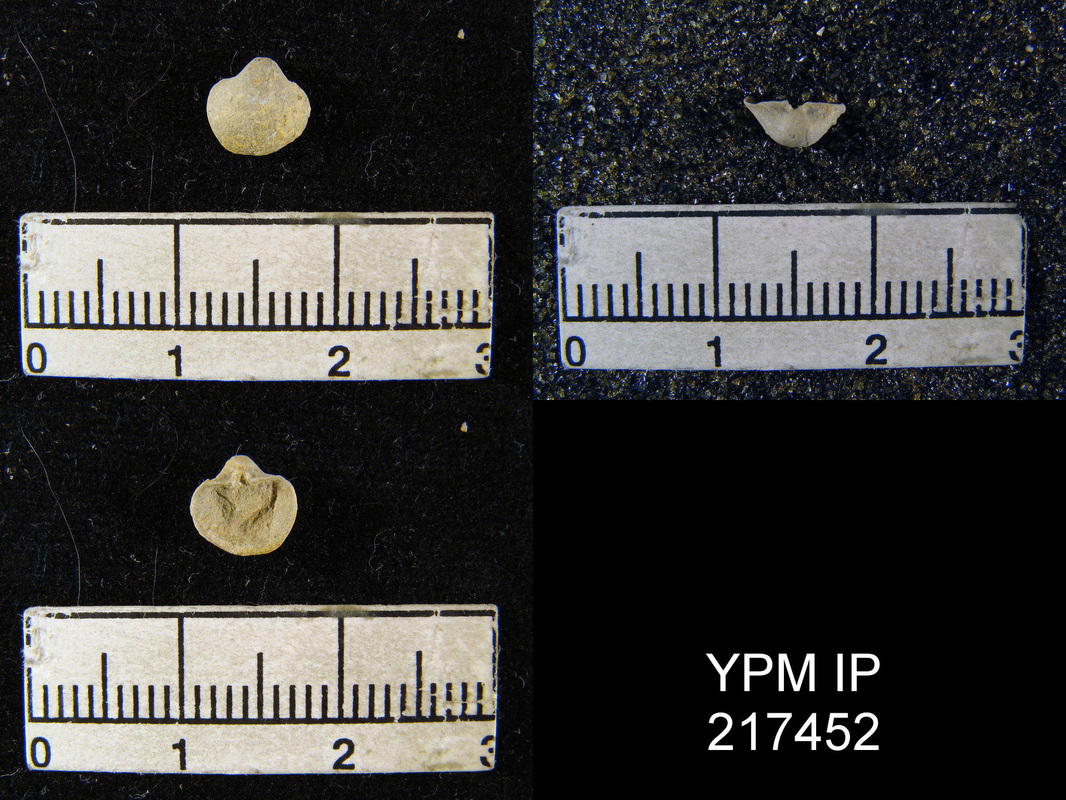 Note from the editor: I recall my elementary school teacher Alice Covault telling about an earthquake in Table Rock, and I assume that this is the one referenced. She said that she and her husband were living in the house by the railroad "Y" down by the depot, which at the time of her telling was then resided in by Vess Harris.  In the middle of the night, her husband started shaking the bed.  "Lloyd, that's not funny, stop it!" she said, and next to her he denied having anything to do with it.  And then it was over.  S.Sitzman 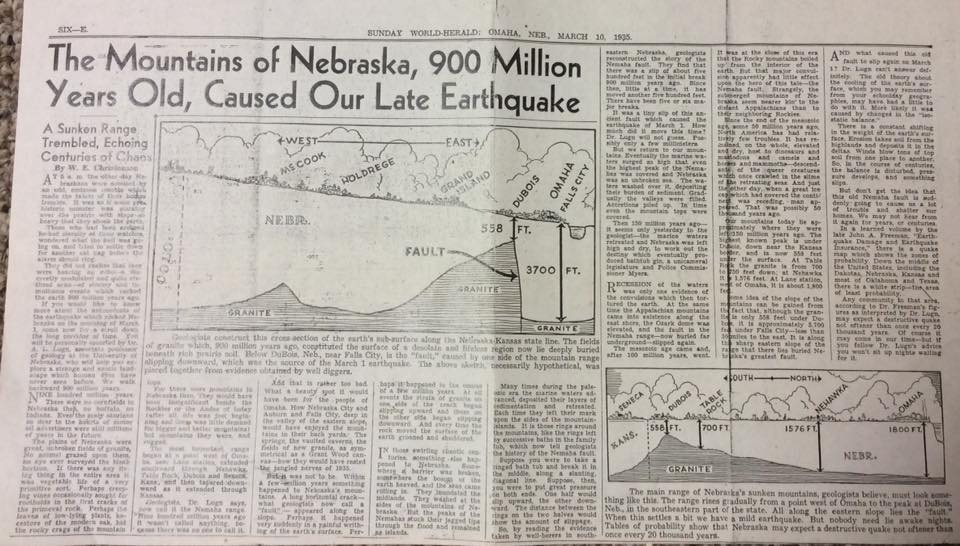 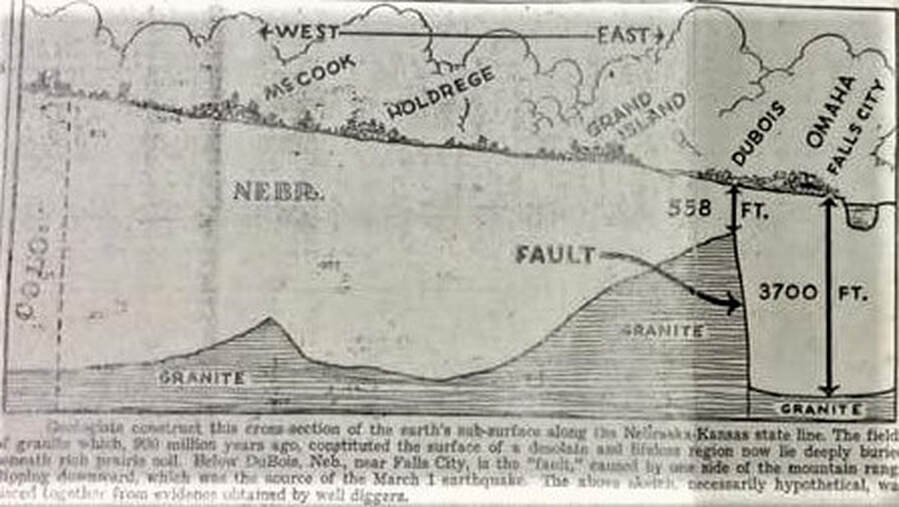 the humboldt fault zone, running along the nemaha ridge

Additional link to the article
First, what is an anticline?  According to Wikipedia, it is "a type of fold that is an arch-like shape and has its oldest beds at its core."  In other words, anticlines can be recognized "by a sequence of rock layers that become progressively older toward the center of the fold."  The trademark indications are progressing age of the rock strata toward the core and an uplifted center, which are typical because anticlinal "ridges" typically develop above "thrust faults" during "crustal deformations."  "The uplifted core of thefold causes copression of strata that preferentially erodes to a deeper stratigraphic level relative to the topographically lower flanks."

On the other hand, there is a "syncline," which is the inverse of an anticline.

Here is a summary of a scientific article about the "Table Rock Anticline." If anyone can interpret thisfor lay people, it would be much appreciated. Contact us at TableRockHistory@gmail.com.
​
Clarence Edward Busby, Detailed Study of the Table Rock Anticline and the Humboldt Fault in Southeastern Nebraska, University of Nebraska (1931).  A summary can be found in Kansas Geological Survey, Bulletin 90, Part 6, Page 3 of 3

THE 7.5 MINUTE QUADRANGLE THAT INCLUDES THE TABLE ROCK AREA 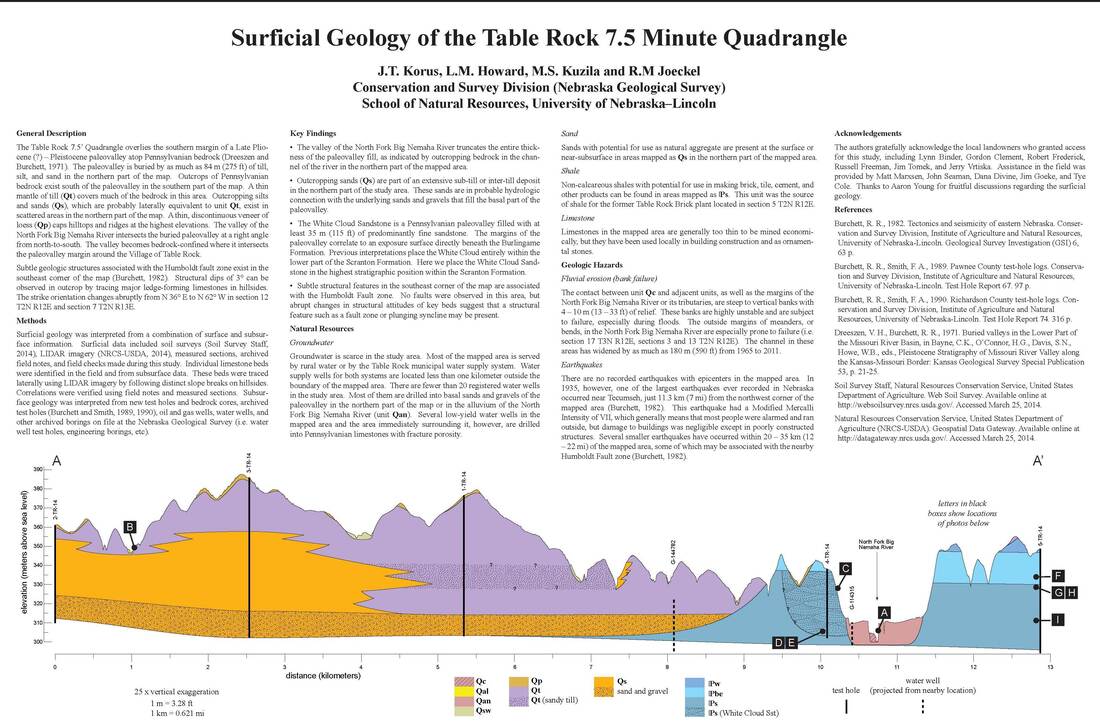 details of the quadrangle

This is an excerpt from the Table Rock 7.5 minute quadrangle showing the area known locally as Goat Hill, along the Nemaha 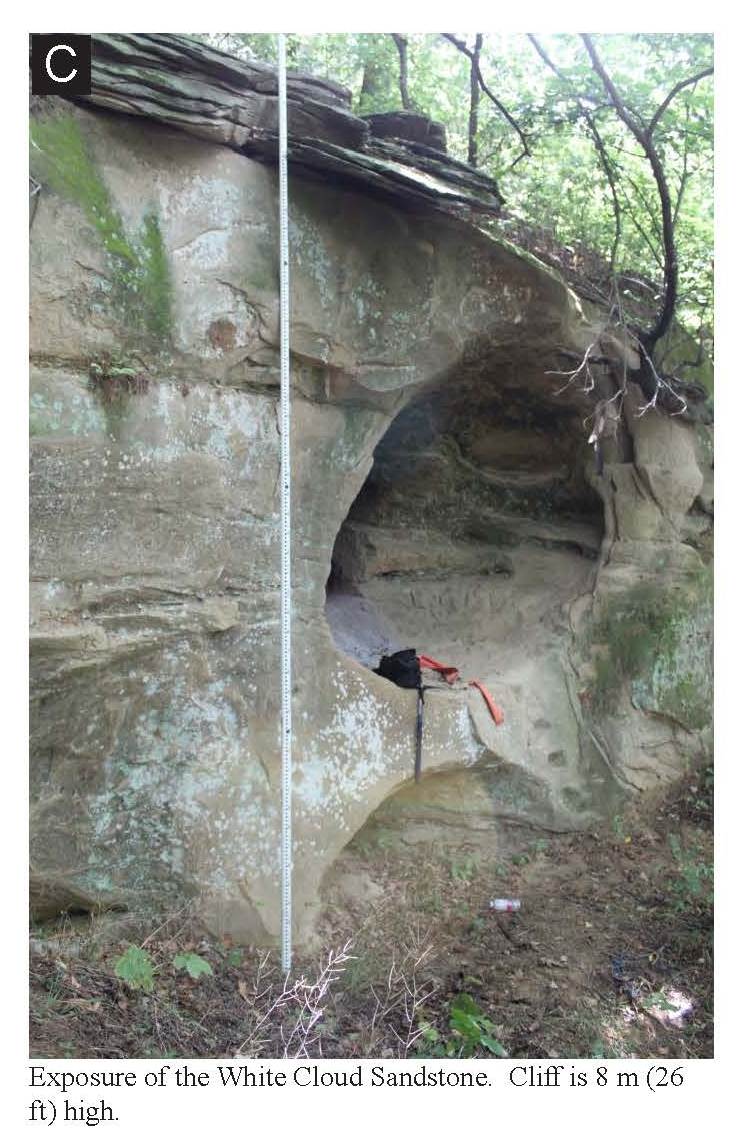