pictures first, then clippings from the argus

Photo 316: Matilda Werner Fritch with siblings.  She is the one in front. 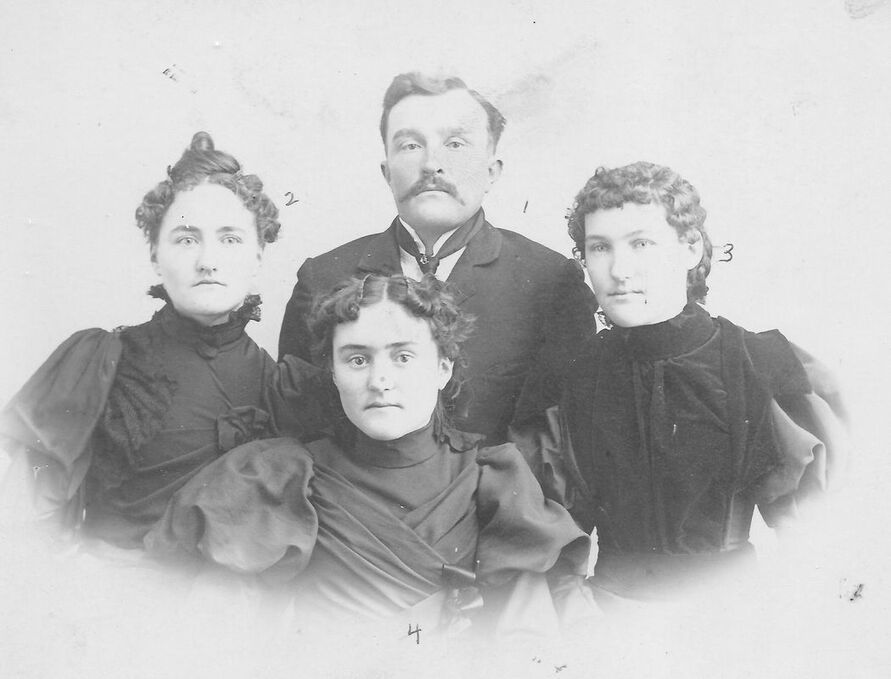 Photo 629 - This circa 1919 picture is owned by Bob and Frances Blecha. It is a picture at the District 32 country school.  Rudy Fritch, Sr., is in the back row, 4th from the left.  For the other names, see the primary photo page on this site. 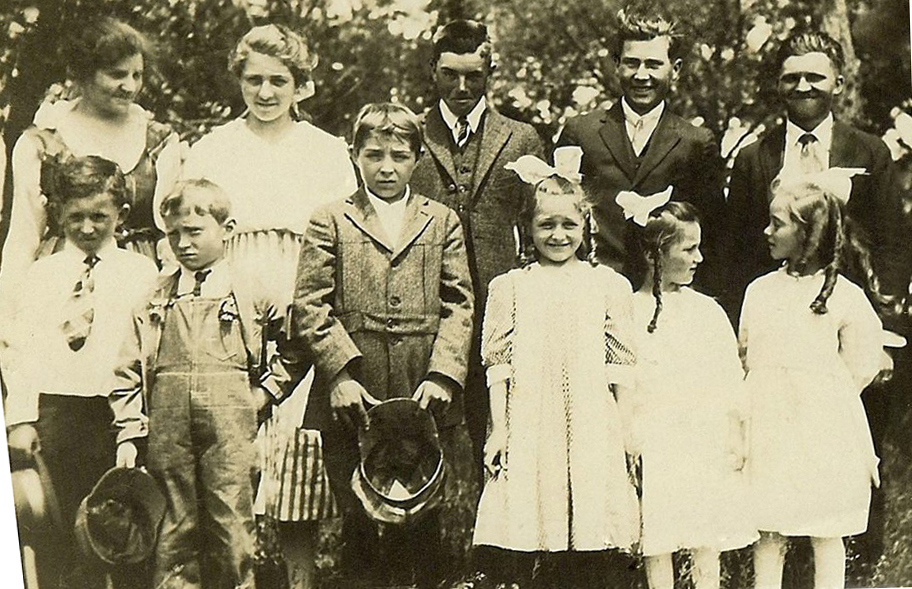 Photo 621 - In this photo, owned by Rudy, Jr., Rudy can be seen in the foreground on the tractor. 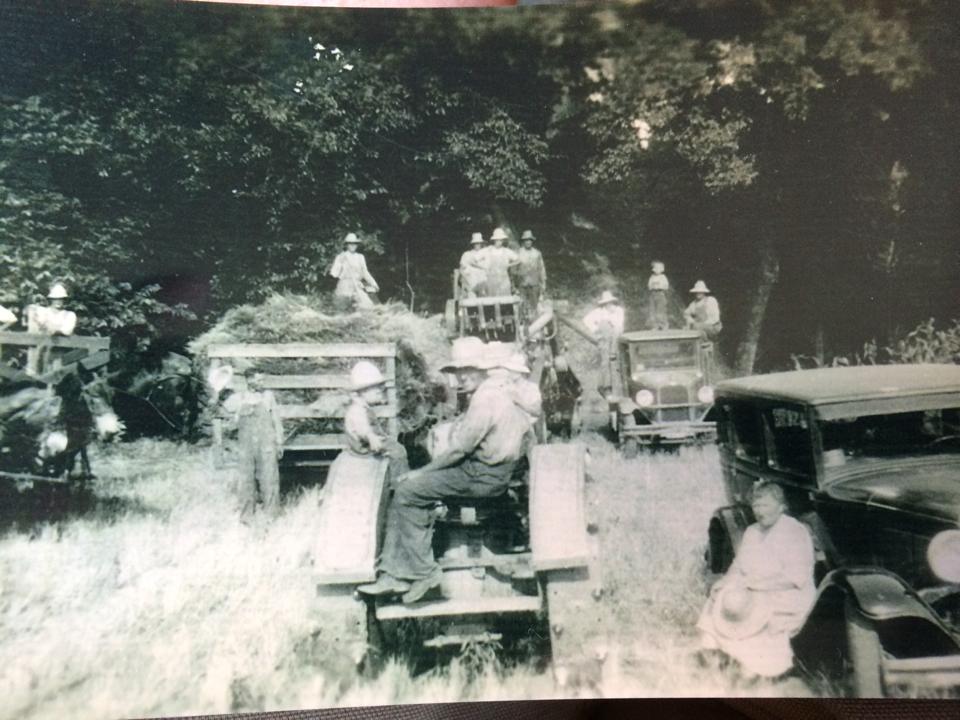 Photo 539 - In this 1954 photograph owned by Edward Tomek, a hunting party that included Edwin Fritch, returns after success.
​A barn on the old Ed Fritch farm south of Table Rock.  This photograph was taken by Joyce (Wopata) Newton, a Table Rock graduate, during a visit to Table Rock in June 2015. 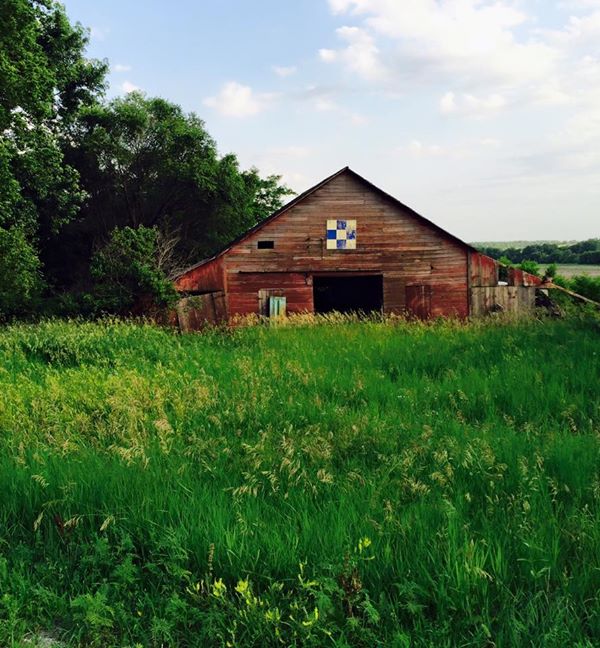 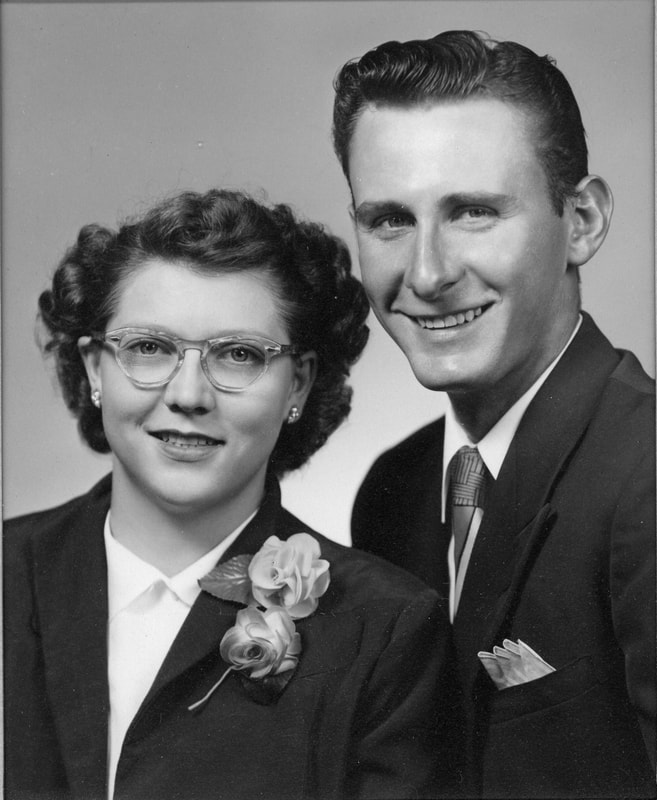 Photo 8707, Edward & Elma Lee. This was shared by Delores Penkava; however, it was on a flash drive that she had received from a relative, whose name we do not (yet) know. But we are grateful.
​Photo 732 - Debbie Fritch in photo circa 1965, top row, far right: 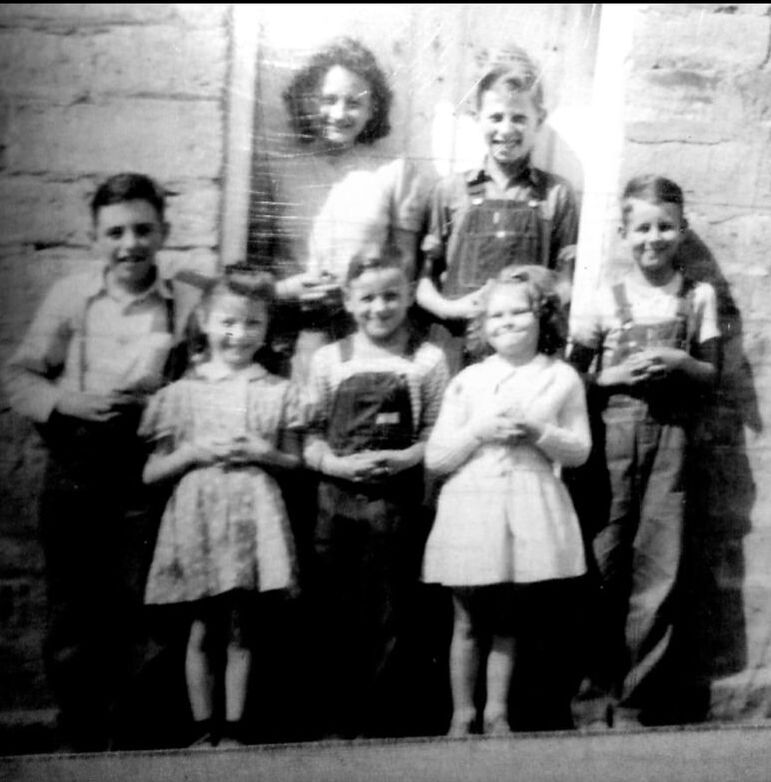 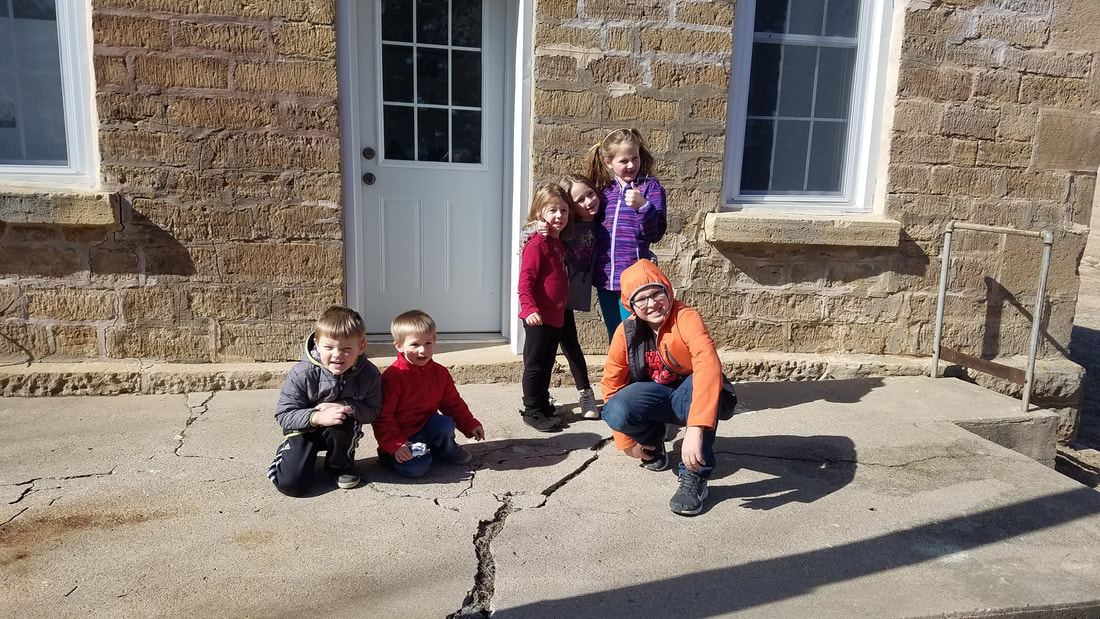 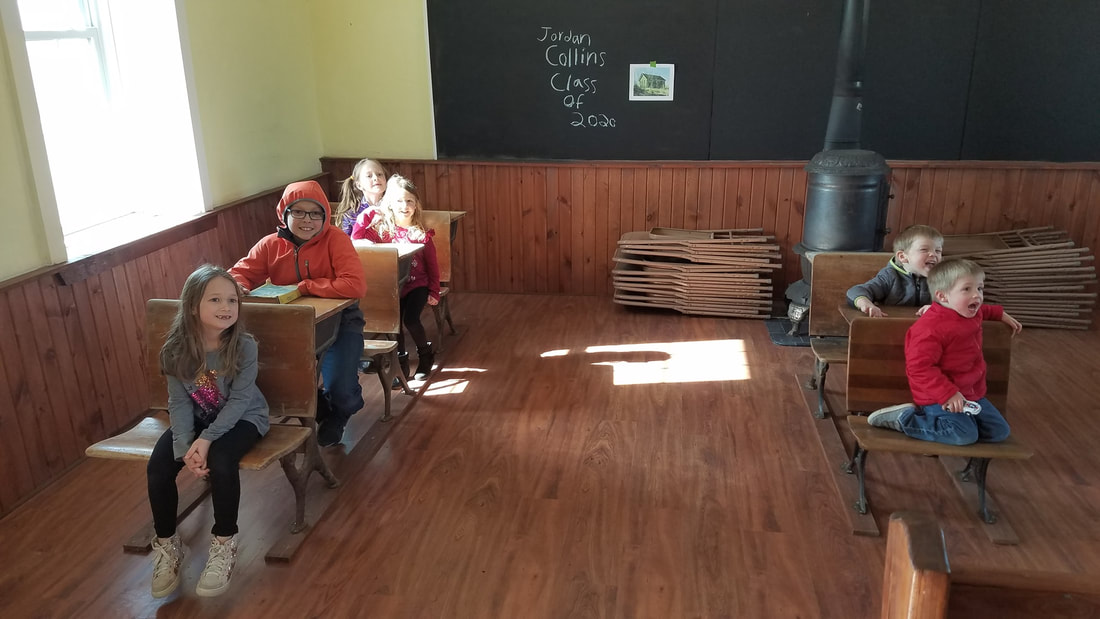 The kids inside the restored school. Photo 8550, shared by Julie Fritch.

Those great grandchildren came to be because in 1954, Rudy & Dorothy got married.  In 2014, they celebrated their 60th anniversary.  They tell their story on this video.
​
Rudy Fritch, Jr. and wife Dorothy circa 2014, from their son Ken Fritch: 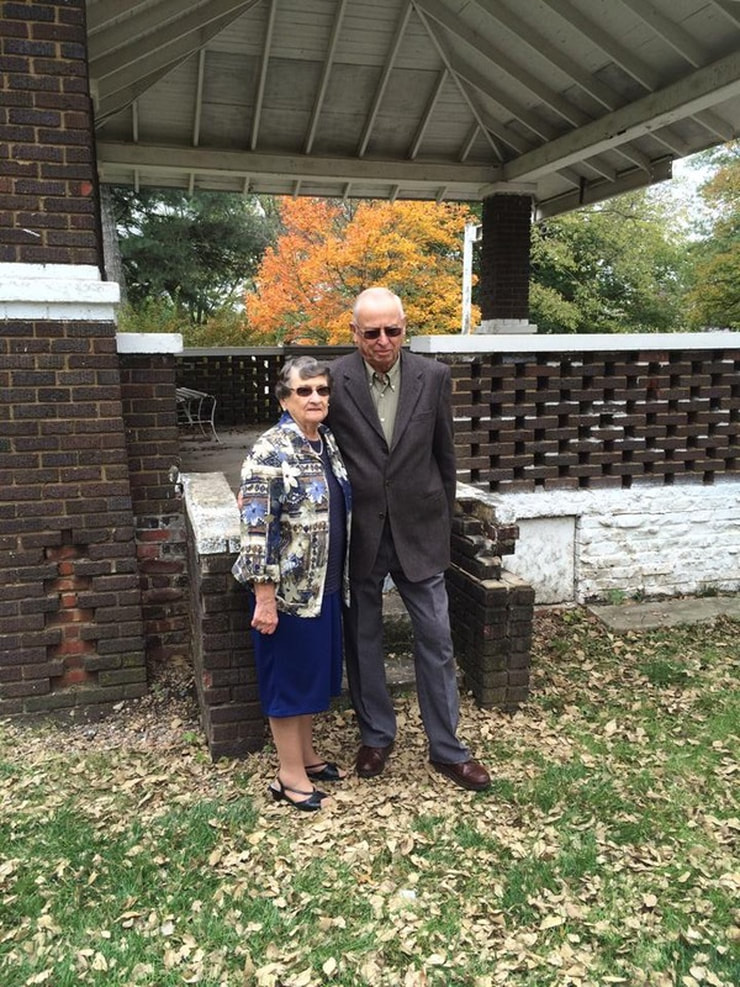 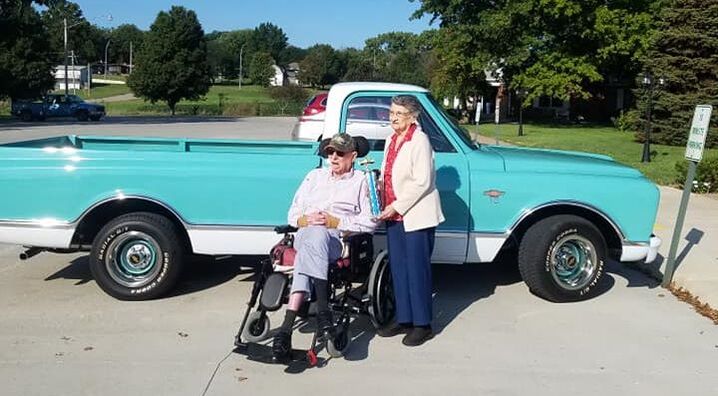 September 2019, Rudy & Dorothy Hunzeker Fritch in front of the farm truck recently restored by their sons, Ken, Don, and Alan. It's a 1967 Chevy and was their farm truck. Photo 8501a. 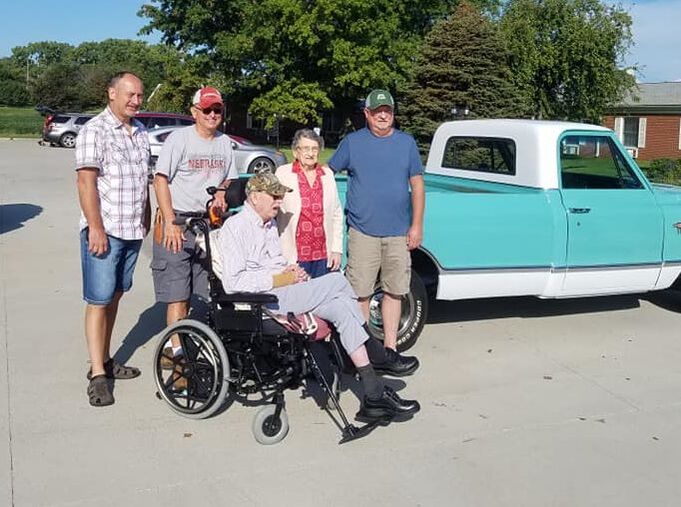 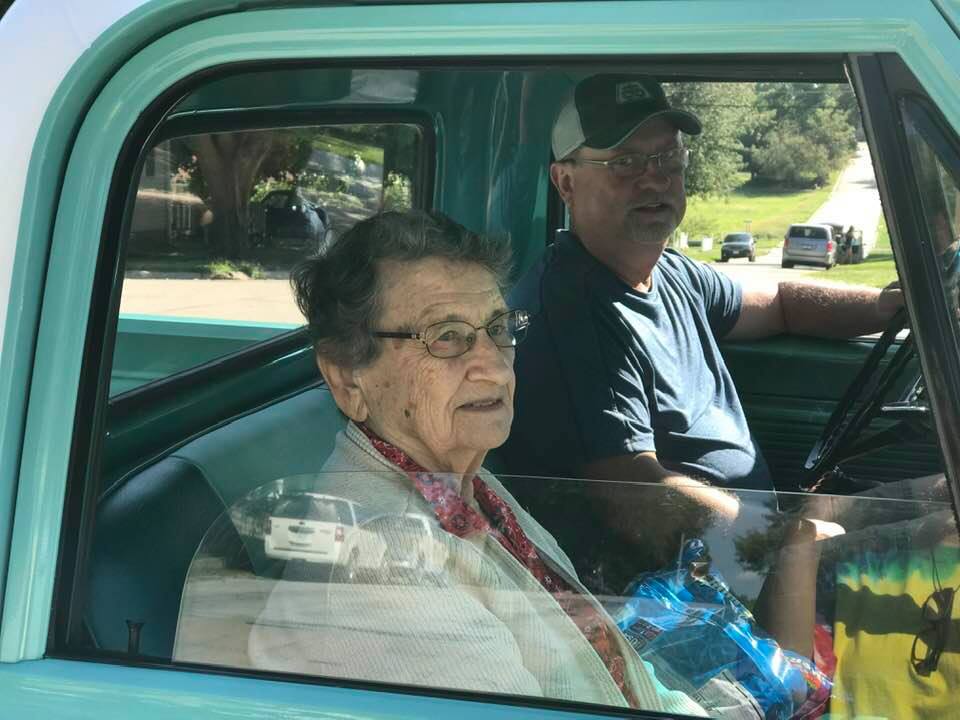 CLIPPINGS FROM THE ARGUS 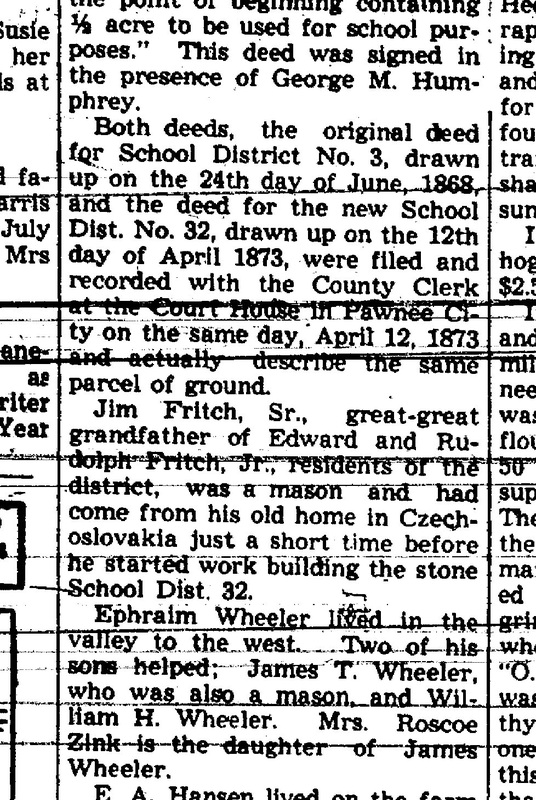 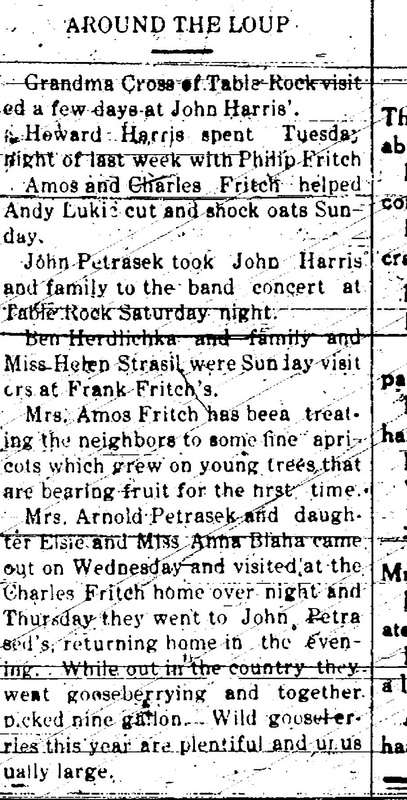 May 4, 1939 - 25th wedding anniversary of Amos Fritch. Present were Arthur Meier, Marvin Horton, the Hurliss Sapp family (Hurliss was father of the Sapp Brothers of Nebraska fame), and four Hubka families, those of Clement, James, Joe, Jr., and Joe, Sr. 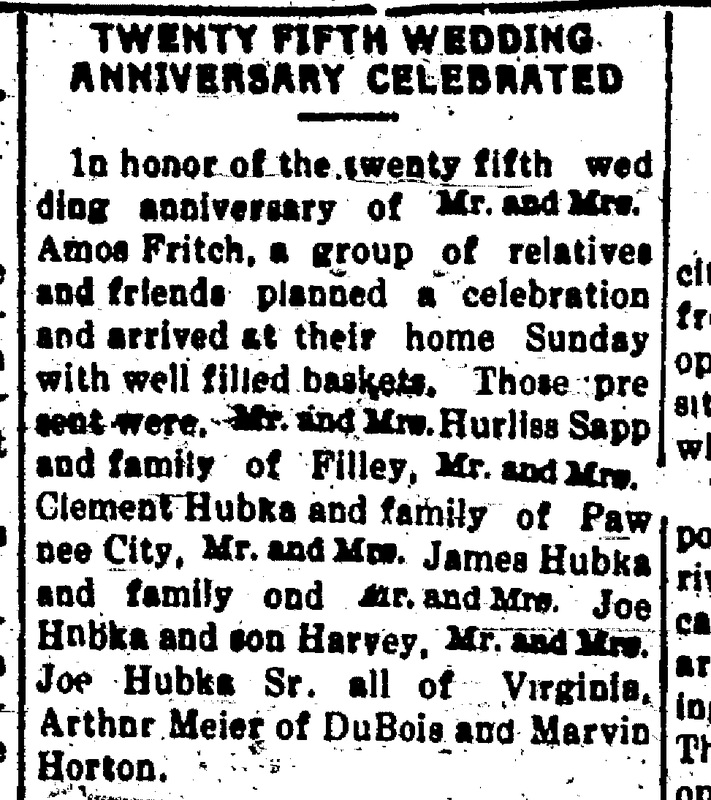 January 18, 1951 obituary of Mary Fritch, born in Czechoslovakia. She was the mother of Rudy Fritch, Sr.

In 1951, Edwin Fritch helped neighbors Lawrence and Kathleen Petrashek try to save their home from fire. He helped carry their household goods from the house.  Here is Lawrence's story.  The house fire is mentioned on page 11. 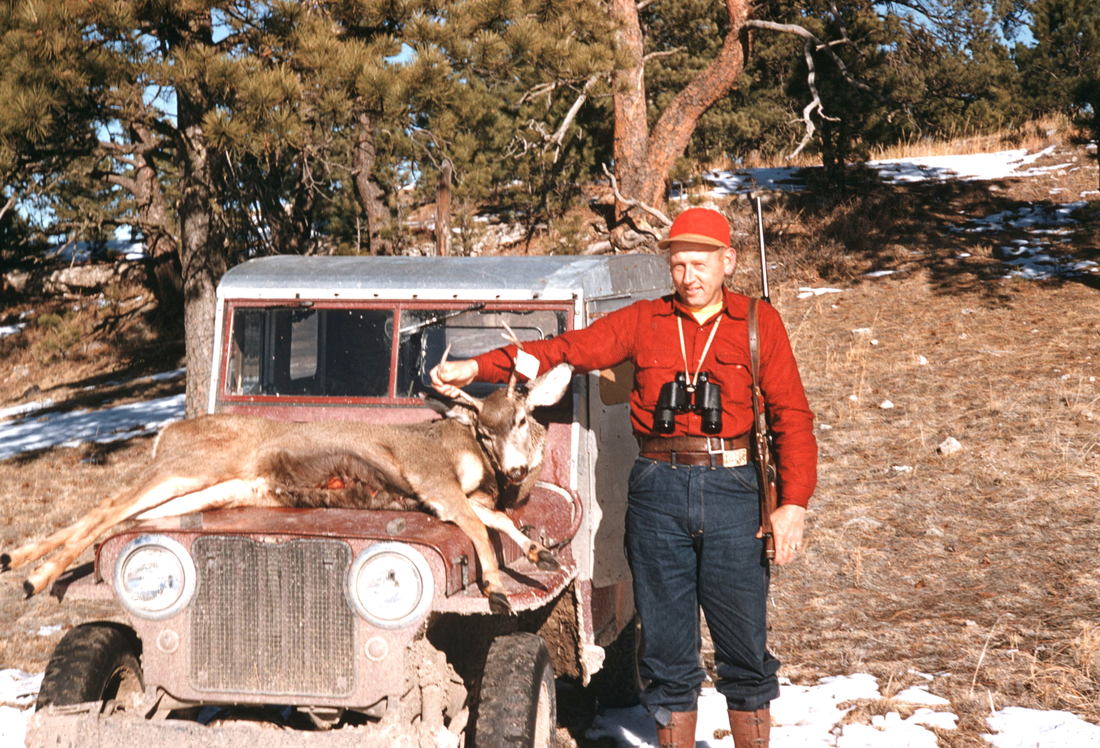 Mid-1950s, Ed Fritch and his deer, by Edward Tomek 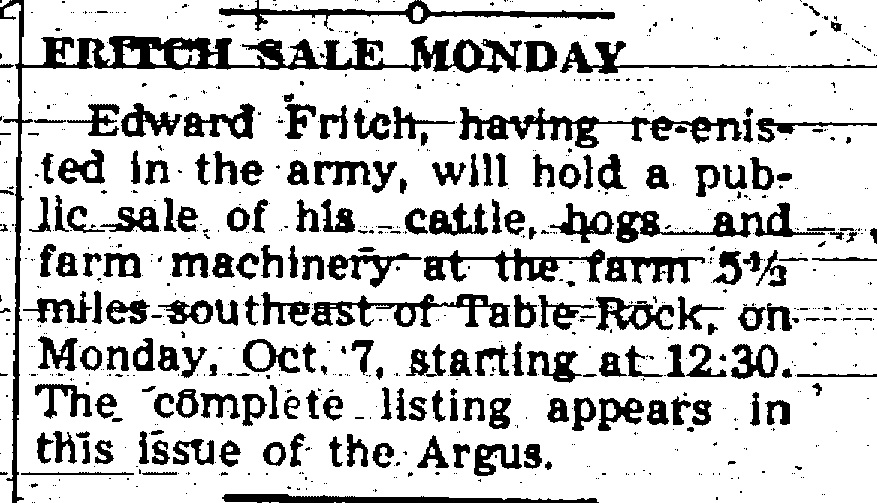 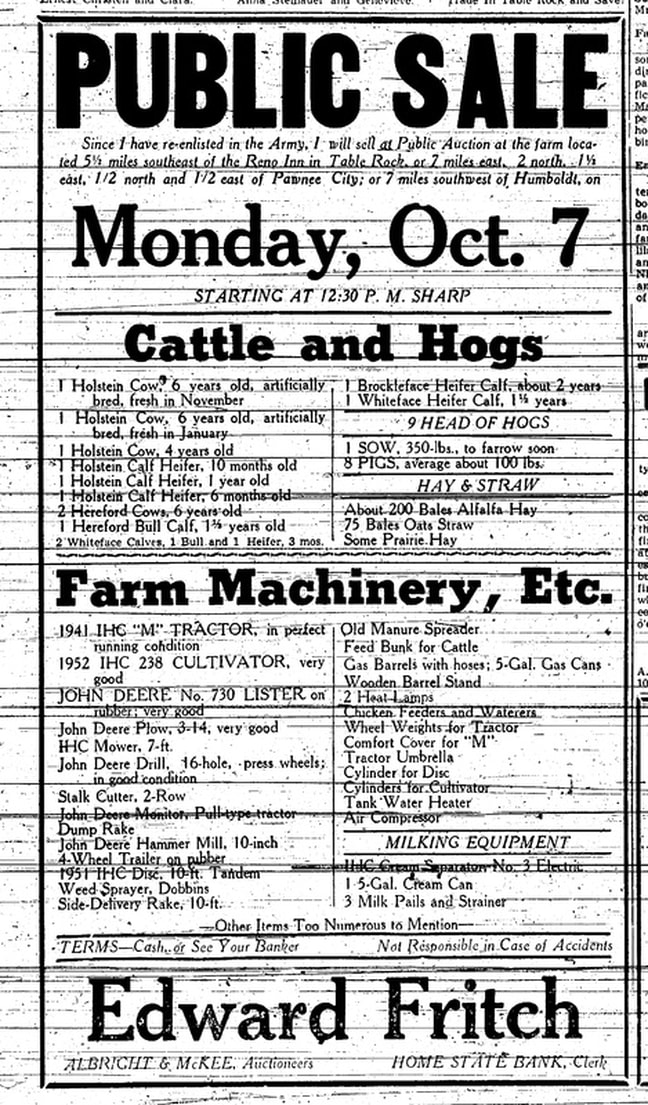 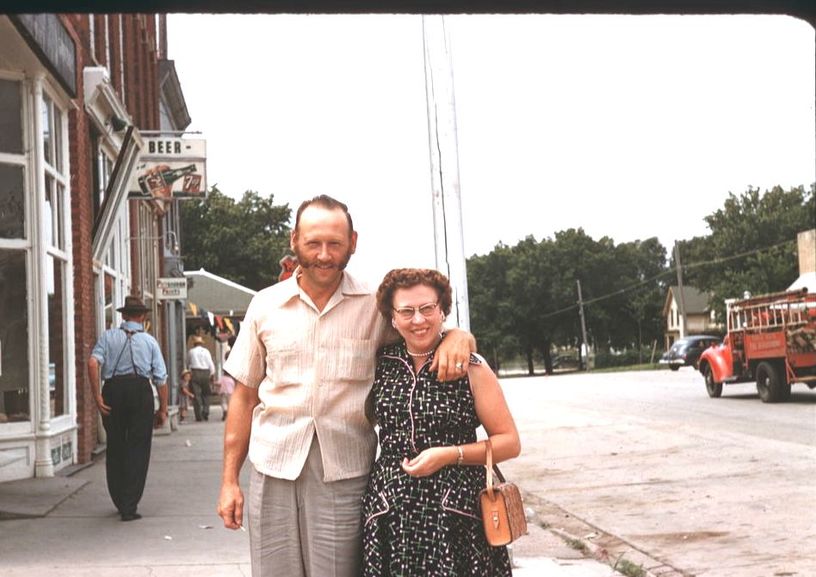 October 31, 1954 Argus: The 25th Wedding Anniversary of Rudy Fritch, Sr.  Ice cream, coffee, and Kool-aid were served. Edward Fritch and Dorothy Hunzeker (then  soon to be Fritch), and Doris Curtis of Beatrice, are mentioned.

In a history about Table Rock Oil, the first gas station in Table Rock, also known as the Diehm Station, it lists people who worked there over the years, and that included "Rudy Fritch."  Here is the history, probably written in 1966.