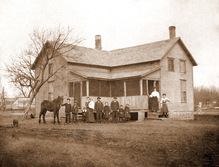 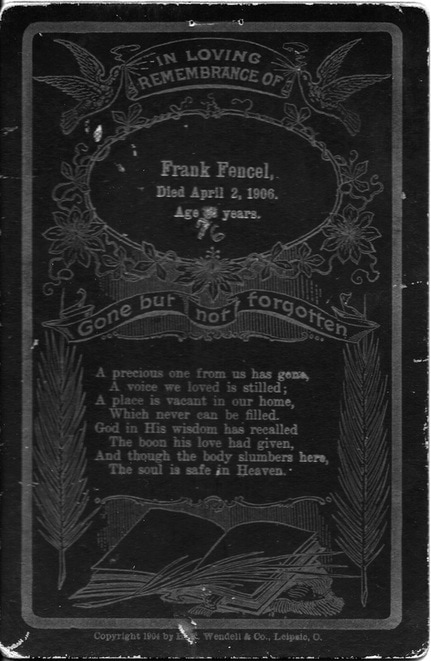 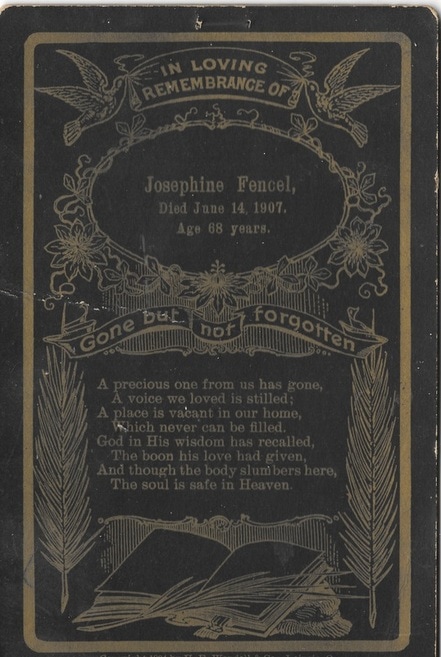 Information about the descendants of Frank and Josephine Fencl was provided by genealogists Fran & Bob Blecha in June 2015: 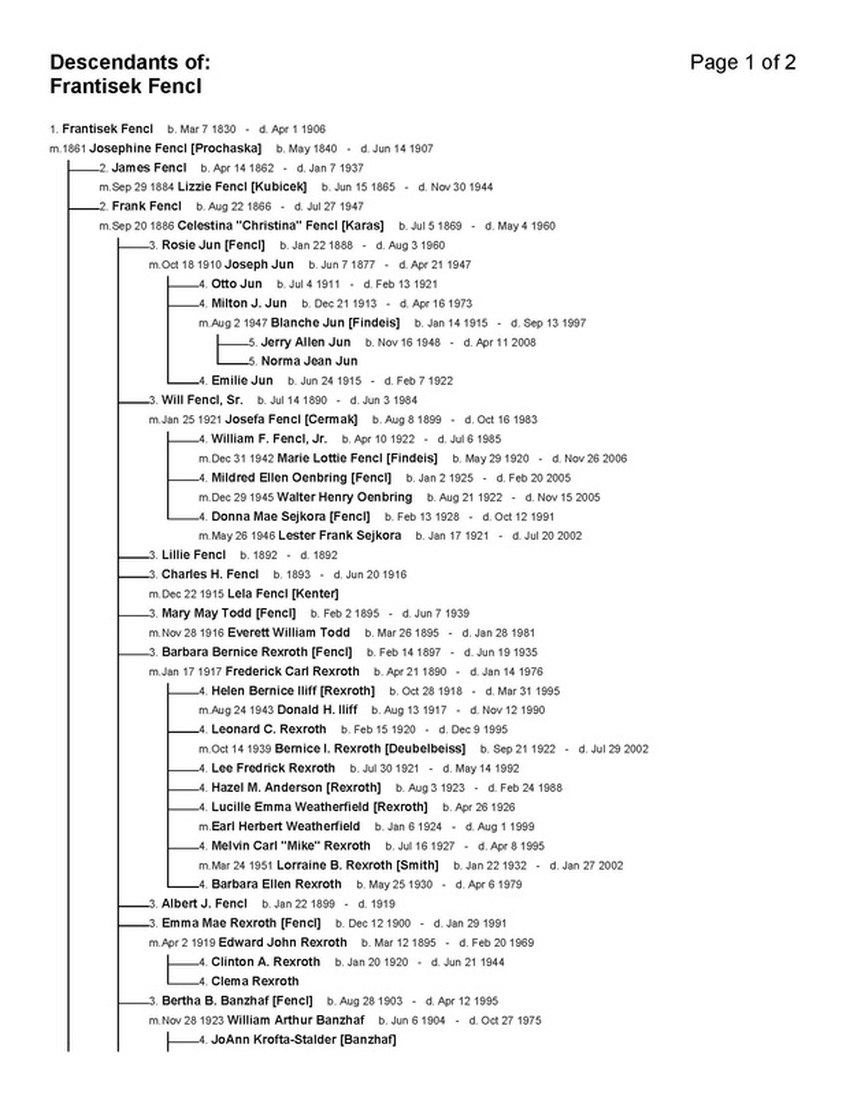 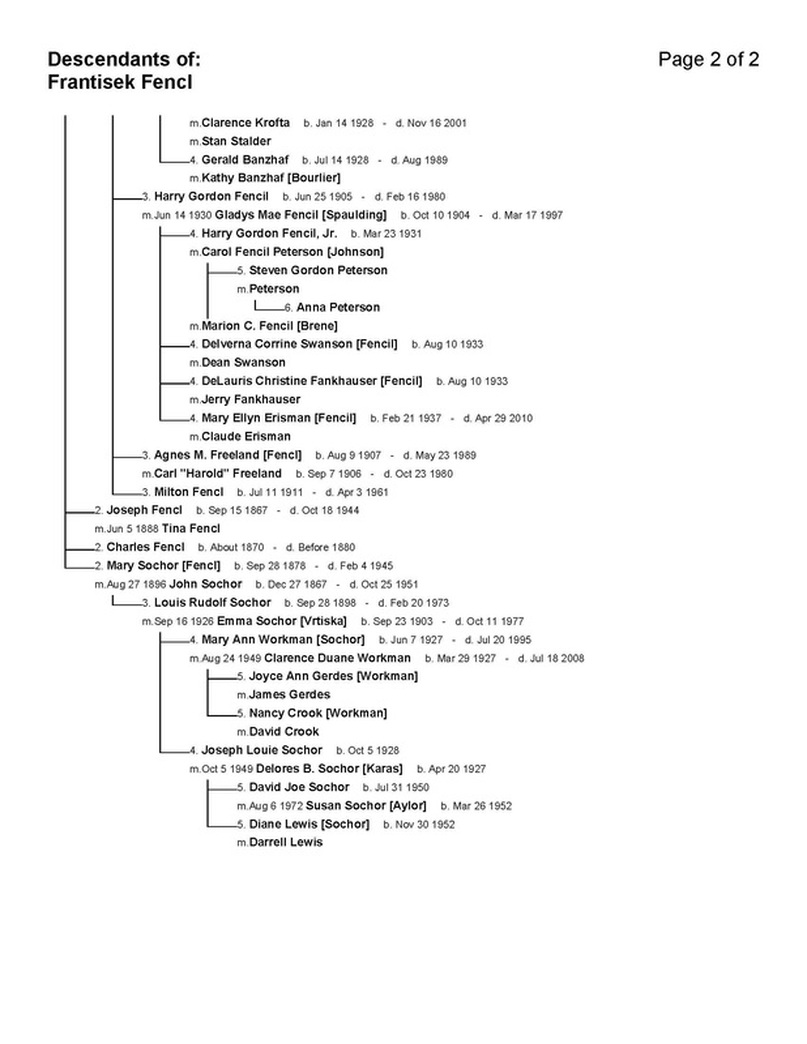 Frank and Josephine Fencl's children included a son named Frank.  Frak married Celestina Karas and they had 12 children.
Here's a picture of the Fencl family with 10 of their 12 children.  One, Lillie died in infancy and their youngest, Milton, is not here.

This is Photo 643, the original, and then two photoshopped versions.  When posted on Facebook in June 2015, Roy Mullin said that the picture was taken south of the ZCBJ Hall.

Left to right: Charles, Albert, Harry, Celestina holding baby Agnes, Frank, Barbara, Will, Bertha, Emma, Rosie, and Mary.  Their youngest, Milton, is not in the photo.  Bob & Frankestimate that the photo was taken circa 1908, because of baby Agnes. She was born August 9, 1907, and she looks to be maybe a year old or less in the photo.
For fun, here are some of the details of this photograph:
In this photo shared on Facebook by Susan Fencl Fuller are the Frank & Celestina Fencl family.  Back: Will, Celestina, & Frank. Middle: Rosie, Bertha, & Mary.  Front: Milton, Agnes & Harry. Photo 2052. 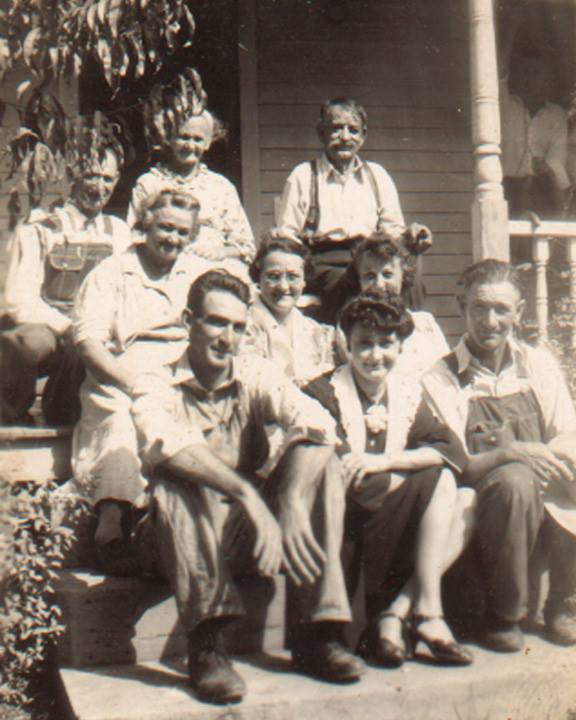 Frank & Josphine Fencl also had a daughter named Mary, a sister to the Frank Fencl who married Celestine Karas.  Here is her 1945 obituary. 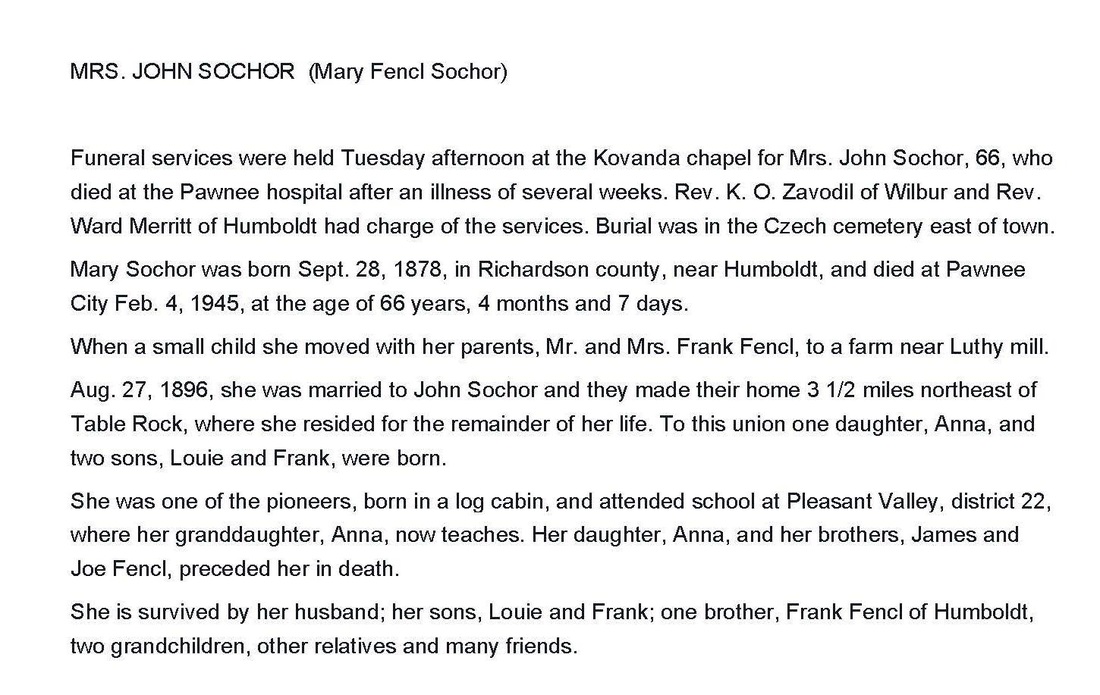 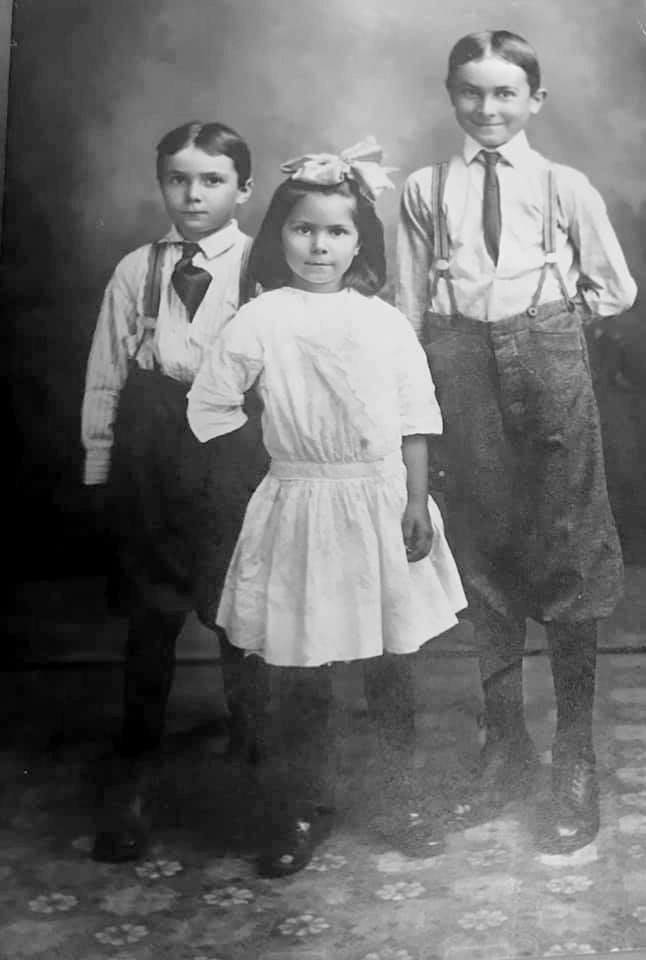 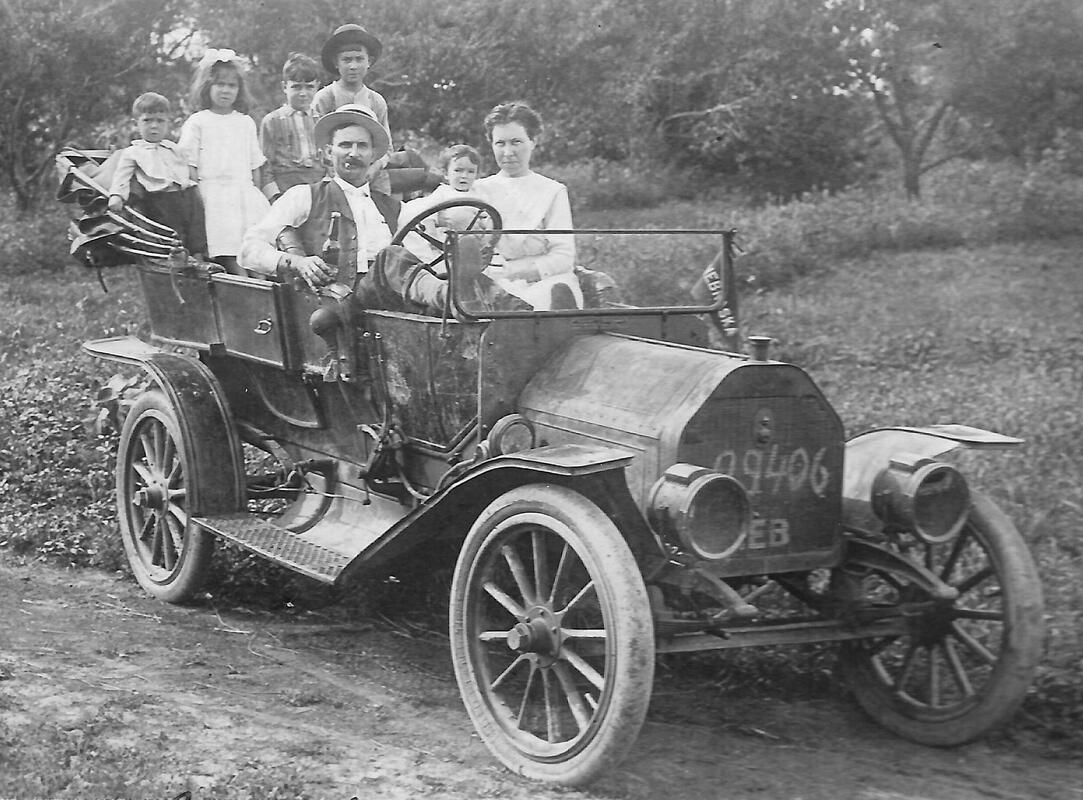 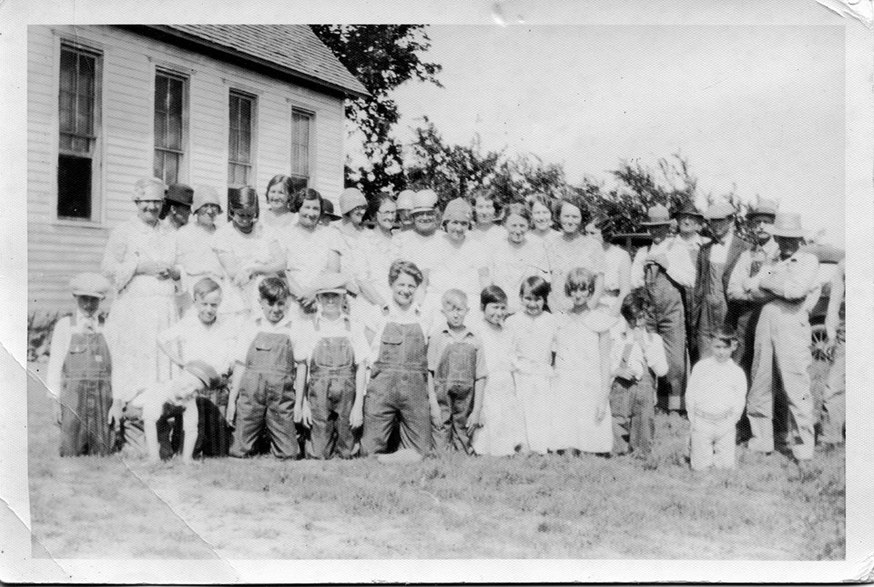 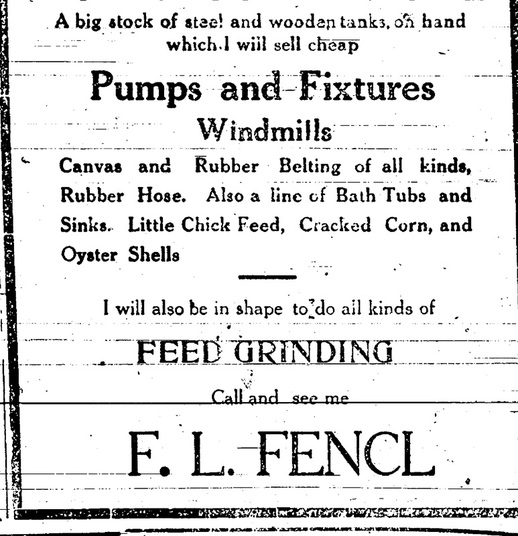