In The Table rock cemetery are 32 people wiTh THE name of fellers, originally or by marriage.  tHERE WERE THReE FELLERS FAMILIES, those of WILLIAM, andrew, and philip FElLERS. All three men were in columbia county, new york. Philip was born about 1828, Andrew in 1829, and William in 1834. William came here in 1856, Andrew in 1858.  philip & his family were in luzerne county, pennsylvania in 1870 but by the time of the 1880 census his widow and three children had come to table Rock. William and Andrew were brothers. it may be that philip is related to them but no record of that fact has been found.

keeping some of the family & associated families straight

In about 1895, William, widowed two years, married Iantha DeArnold (1856-1935), a widow his same age.  Iantha had a young daughter from her first marriage, Martha (usually called Flossie) DeArnold (1886-1976).  In 1904, Flossie was married in Table Rock, her new husband, Sam McKelvie, being from out of town.  They made their home in Lincoln. The following year, in 1905, they had a daughter, who lived only a month. They named her Dorothy Ann and she is buried in Table Rock next to her grandmother, Iantha.  Sam became editor of an influential magazine, the Nebraska Farmer, and Flossie became a silent movie columnist.  Same served as governor of Nebraska from 1919 - 1923.  Flossie and Sam eventually retired to "By the Way Ranch" outside Valentine, Nebraska.

In 1905, the same year that little Dorothy McKelvie was born and died, William and Iantha also moved to Lincoln.  William died the next year. 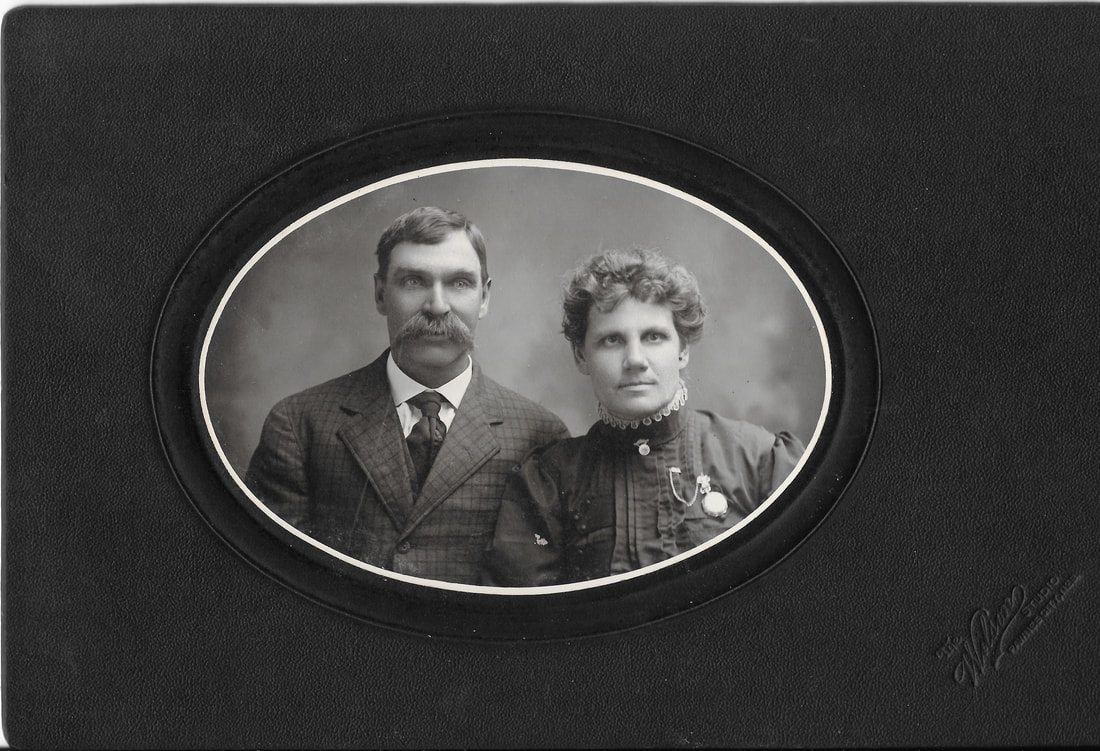 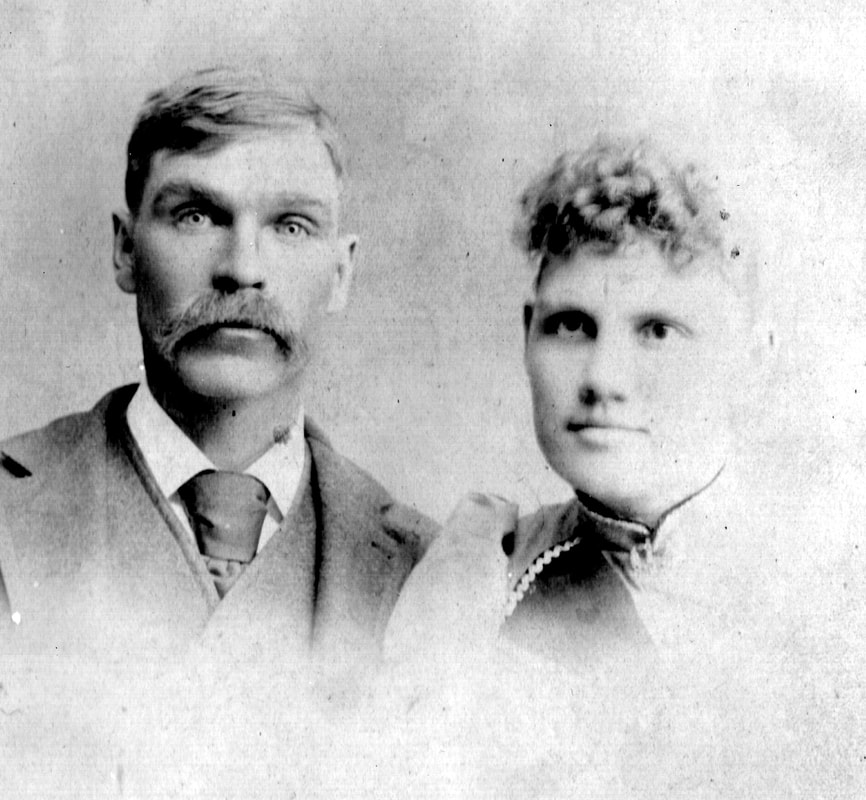 William's second wife Iantha's maiden name was Groves, and she had a sister already living in Table Rock, Anna Mary Groves Fellers (1863-1936).  Anna had married William's son Willis nine years earlier, in about 1886.  When Anna Willis, it is said that she was a shopkeeper. Which shop is not known. She joined Willis in his business, which had been begun by his father and early on his brother Marion had also been involved.

Willis and Anna had one child Wanda, who tragically died when she was 15. (There was another Anna Fellers but she was not in William's line.  Anna Groves Fellers (1866-1932) was married to Llewellyn Fellers, one of the sons of William's brother Andrew.)

Anna died in 1936 at the age of 73.  She had gone to the cemetery, within a block of her home, and, as she put flowers on some of the graves, she collapsed with a heart attack. She was taken home, where she  died.

In 1938, Willis then married Ellen Mann (1900-1965), a teacher at the school.  They had no children together, but it is said that she felt that her students were her children.

The mother of those three sisters -- Iantha, Anna, and Ellen -- was Jane Johnston Groves (1827-1911).  She came to Table Rock as well.  Her husband, Allen, had died in 1894 and she had presumably come to live with Willis and Anna thereafter.  Jane lived out her last years with Willis and Anna and is buried in the Table Rock Cemetery as are her daughters Anna, Iantha, and Ellen; she had three other daughters.

W. C. Fellers General Merchandise -- Willis's first store.  There are no names on his undated picture. That is probably Willis holding baby Wanda and that is almost certainly Anna at the left, standing on something to make her taller than the rest. 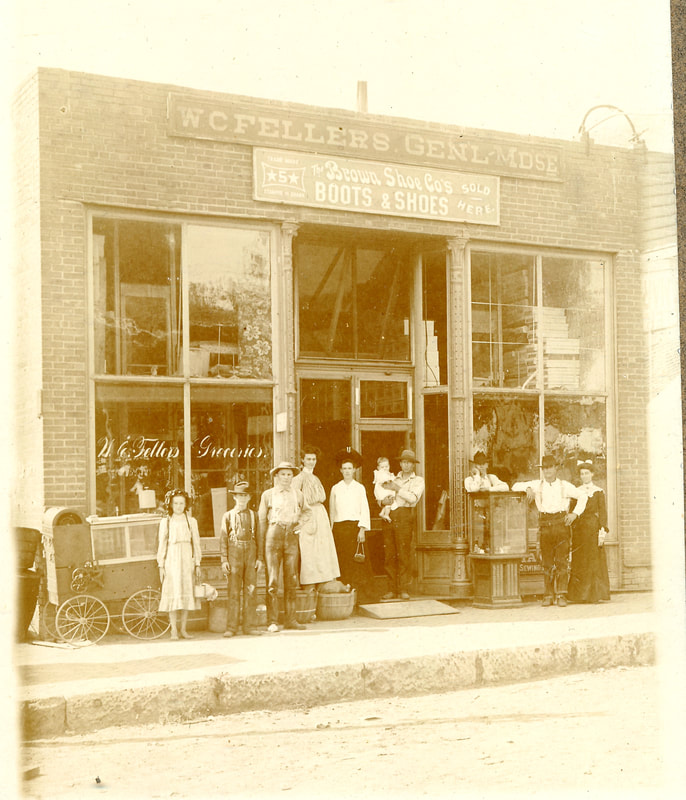 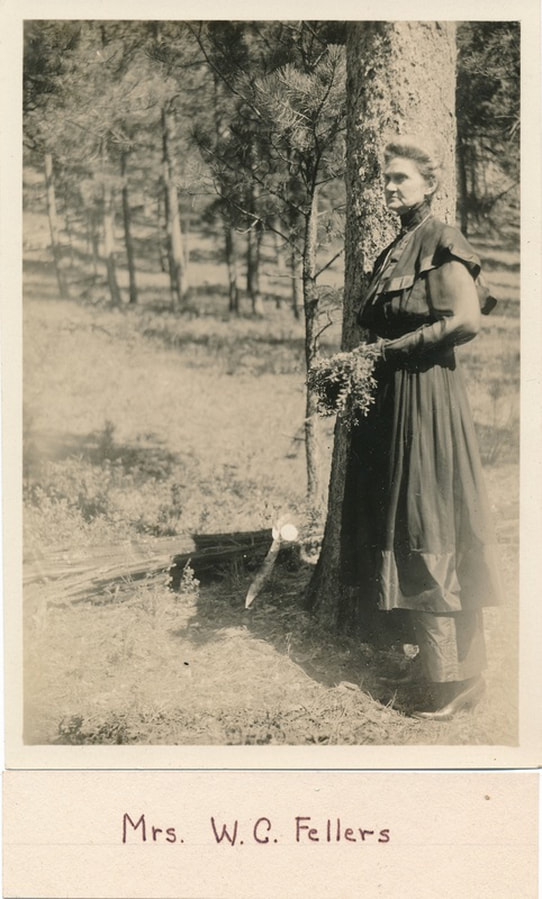 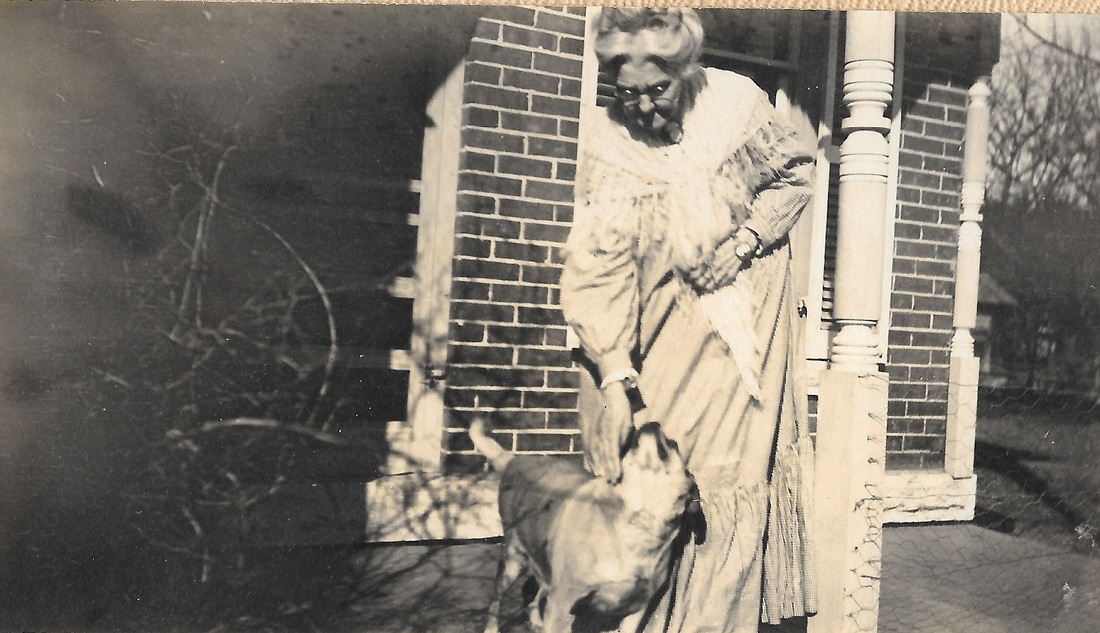 Anna Mary Groves Fellers, wife of Willis Fellers. This appears to have been taken on the front porch of Willis & Anna Fellers' home; as of 2018, it is the residence of John & Karen Blank. Photo 356, from the Photo Collection of Ellen Fellers. 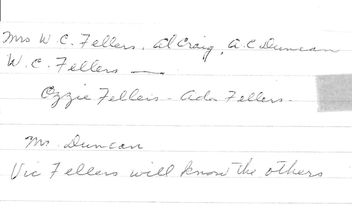 Photo 350. A note with it -- to he left says that there are Al Craig, A. C. Duncan (Ellen Groves' husband), W. C. Fellers, Ozzie & Ada Fellers, and "Vic Fellers will know the others." Vic Fellers, grandson of William Fellers' brother Andrew, has been gone for many years and his daughter Dot, his only surviving child, does not know the people.

The tall lady in black standing just to the right of center appears to W. C. Fellers' wife Anna. 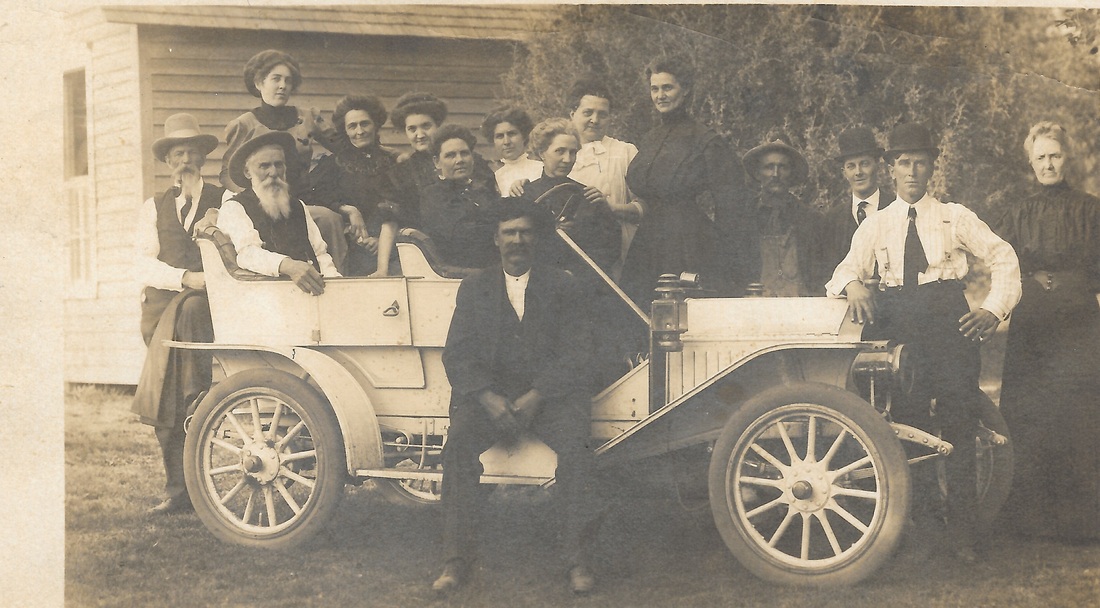 Here is the note with the photo, and then a slide show with close ups of the people in the picture:

enjoy a little slide show of the people in the car

Marion was born in Table Rock in 1863 and in 1884 married Lillie eBaker of Beatrice.  In 1891, they had their only child, daughter Joy was born.  Here she is, in Photo 679, from the Ines Madden Collection.  This little girl would live to a few months shy of 100 years. 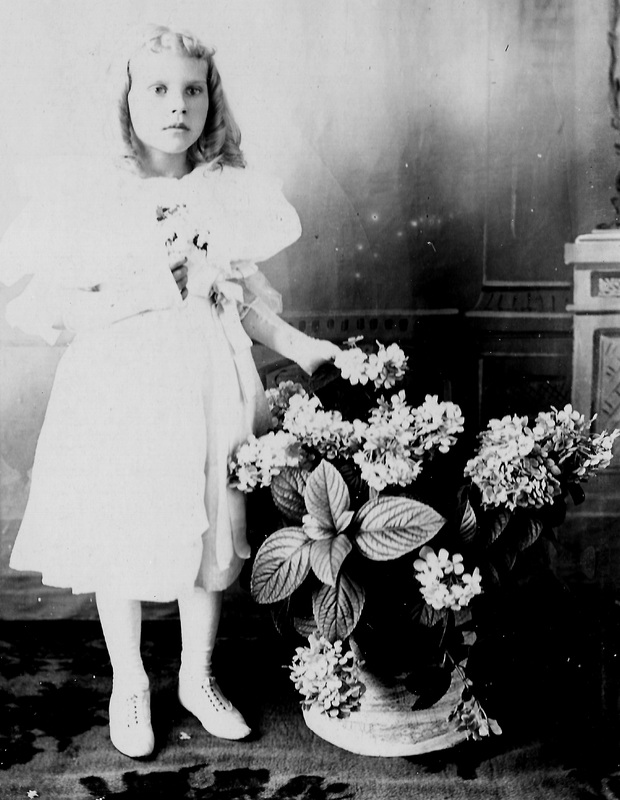 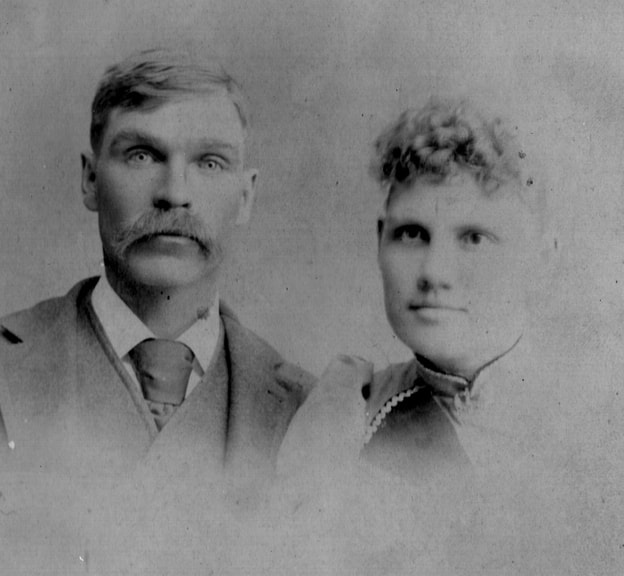 Wanda Fellers, 1892 - 1907
In the 1739 Fellers family that was donated to the museum are a variety of clippings and mementos preserved in the pages.  One of them is a report card for Wanda Fellers. She was in the second grade. In later pages of the bible one finds Wanda's obituary.  She was 15, and their only child.  The obituary is poignant. 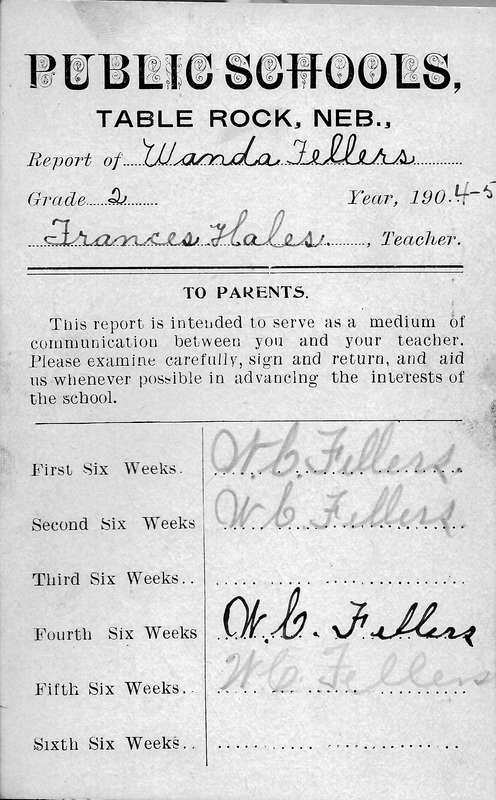 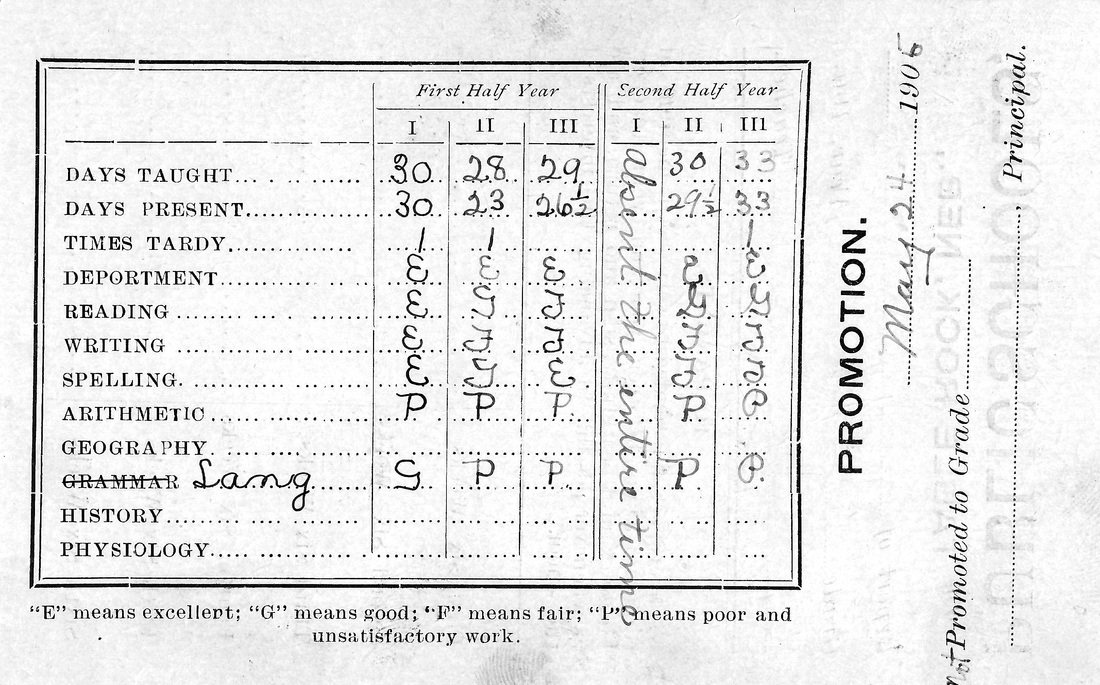 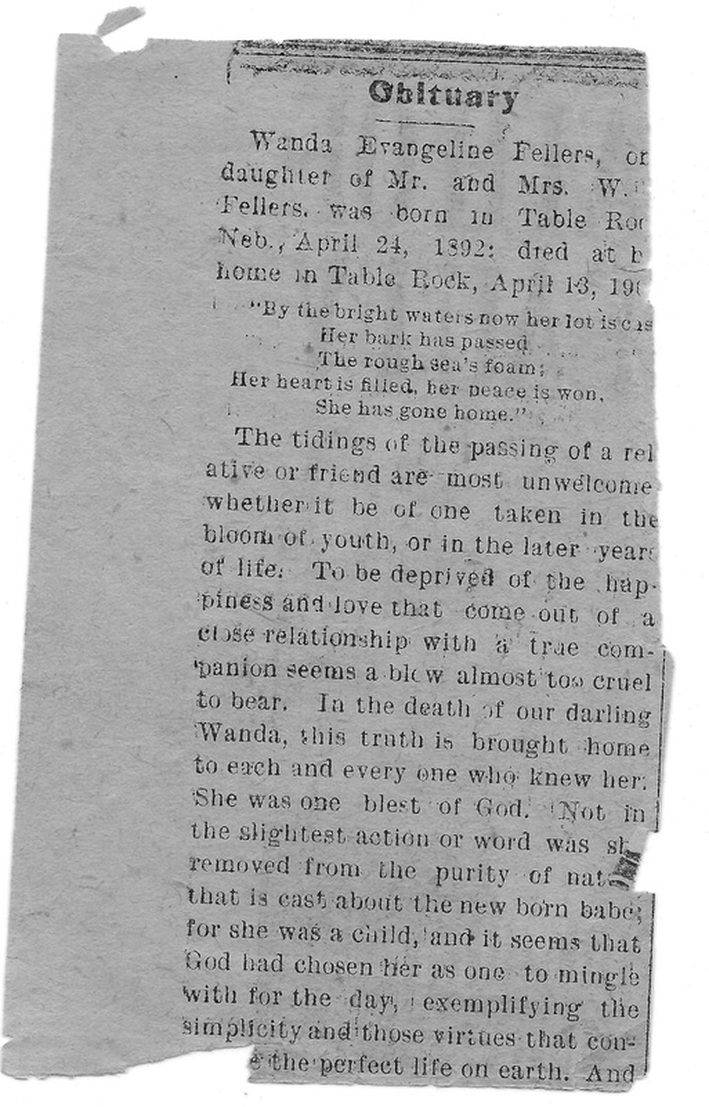 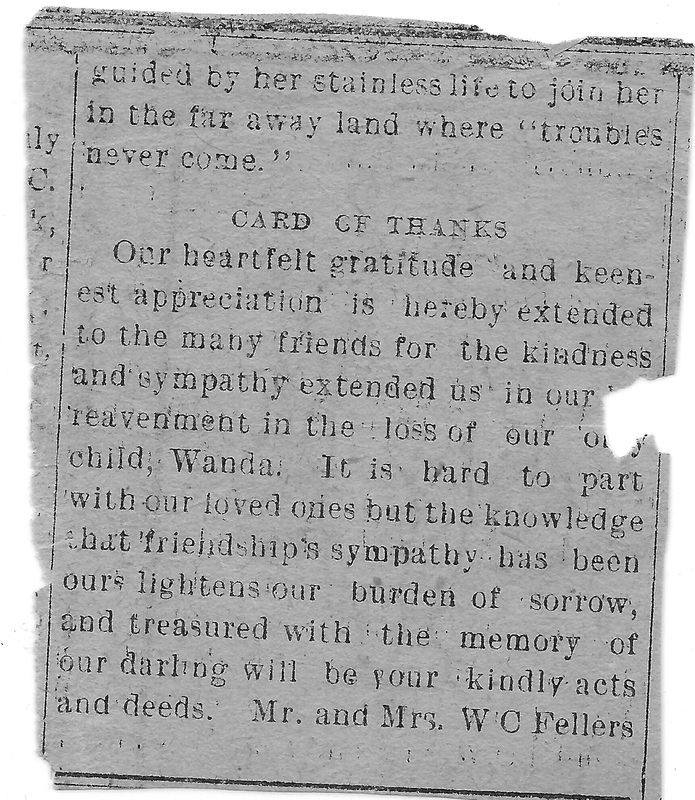