Back to Other Towns
Back to Just Interesting

Dubois is a friendly little town southeast of Table Rock.  It sprang up as a railroad town when the Rock Island line came through. The railroad is gone but the town lives on, with nicely-mowed yards and tree-lined streets.  And it even has a tavern.  But that's another story.

We have Dubois pictures and stories peppered in our collection and shared by others.  Here are a  random few.  If you have some to share, you can email them to TableRockHistory@gmail.com and we will be glad to post. 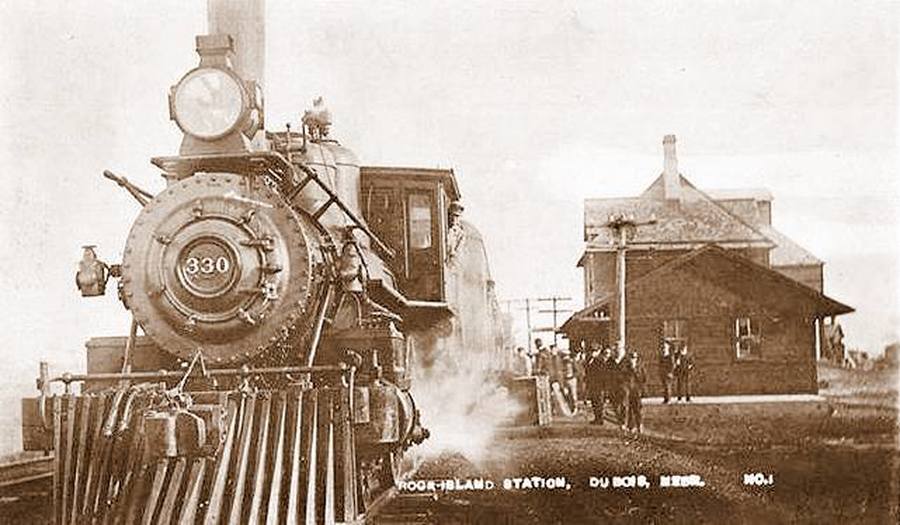 Posted on the Facebook page "Rails of Southeast Nebraska" 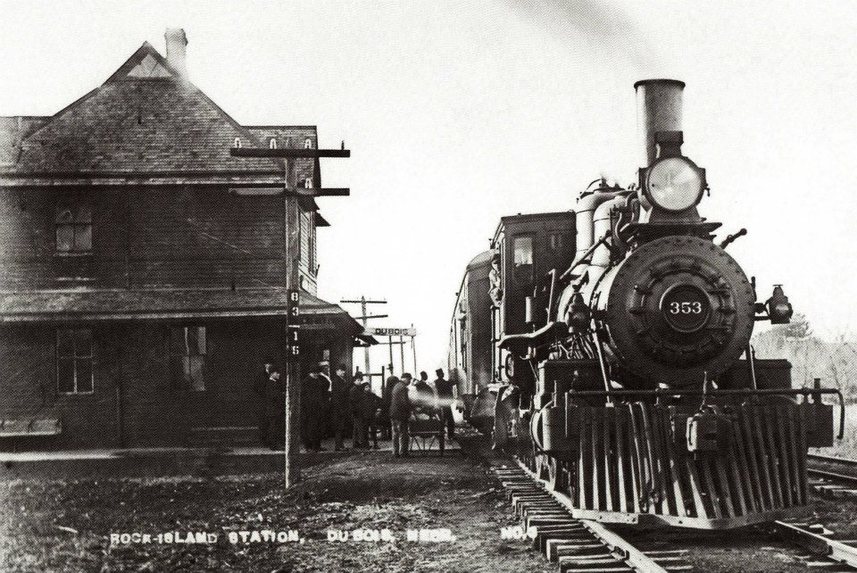 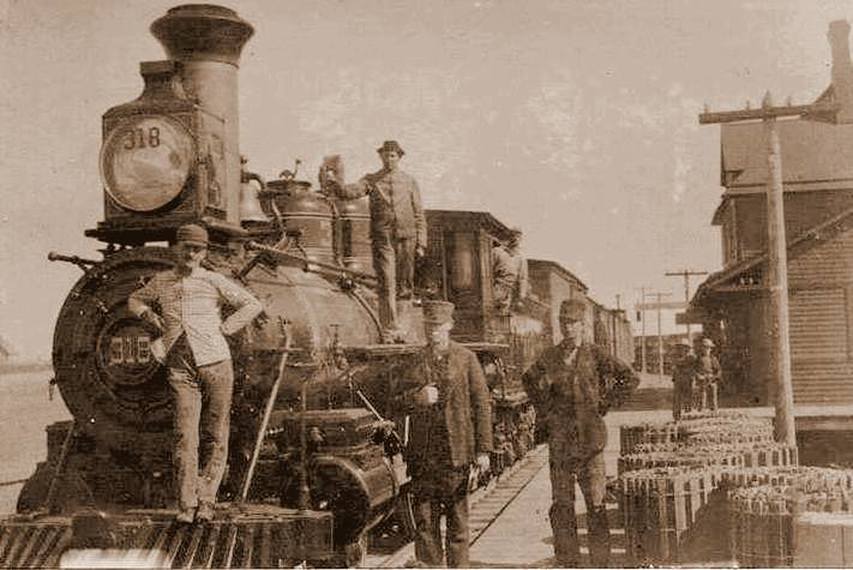 photo 2077, a recommendation to board at the fletcher hotel 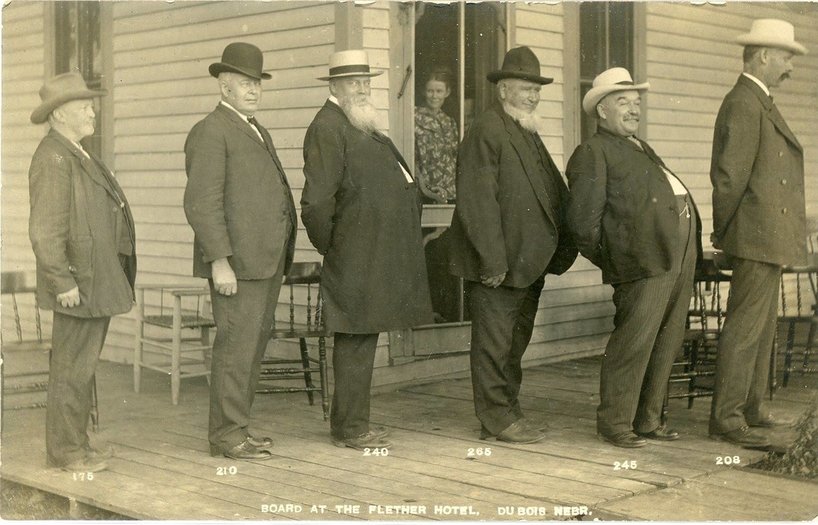 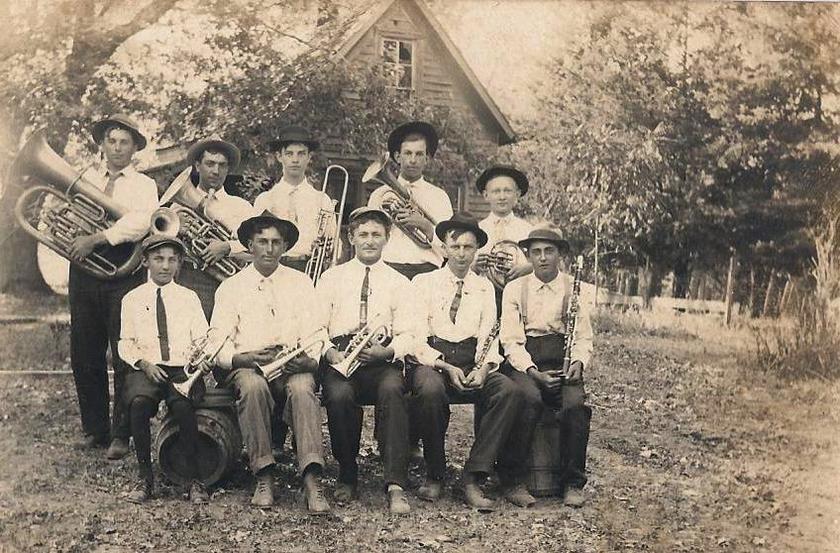 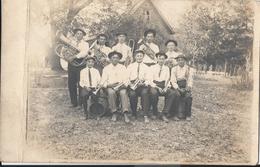 The photo unretouched, uncropped
The Historical Society had a poor copy but Ray Musil of Dubois shared a good-quality scan of his original, along with some comments. 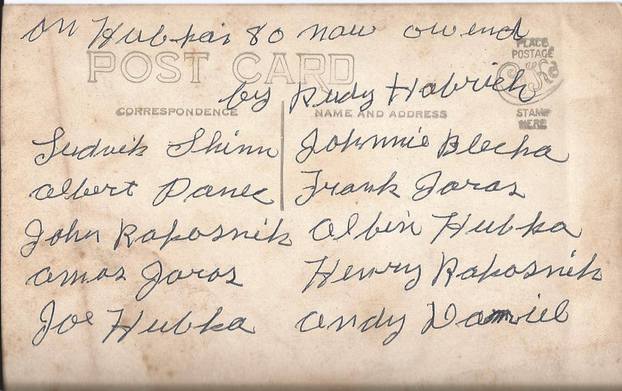 Ray said when sending the photo, “Ludwig Shin is my grandmother's brother and the Rakosniks are her cousins.  There is also a Table Rock connection as the Rakosniks had a sister Bessie that married Bohman Wenzbauer.  That would make the Wenzbauer siblings my third cousins.”

Ray added, referring to the note at the top, “ I did find a 160 owned by Rudy Habrich in a past plat book that is now owned by Marc Hunzeker but I never found a Hubka owning it in all of my old plat books."  He also noted, "That is Albert Panec. That is Frank Jaros, brother of Amos. And it is Andy Daniel. Another set of brothers on there are the Rakosniks.  Albin Hubka had a brother Joe, also a cousin Joe, and there are other Joe Hubkas. Probably his brother on there, but can't be sure.”


Below is the copy of the photo that was in the Argus Museum, as mounted on a card along with a name tag.  It was tacked to the wall with hundreds of other pictures.  The only difference in names is that one man is identified on the back of Ray's photo as Andy Daniel and on the Historical Society photo as Bowman Daniel.  Bowman probably went by Andy.... 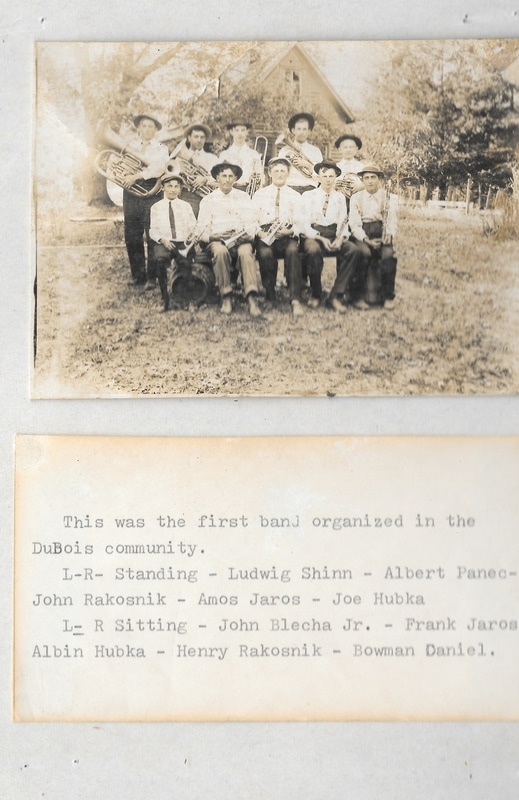 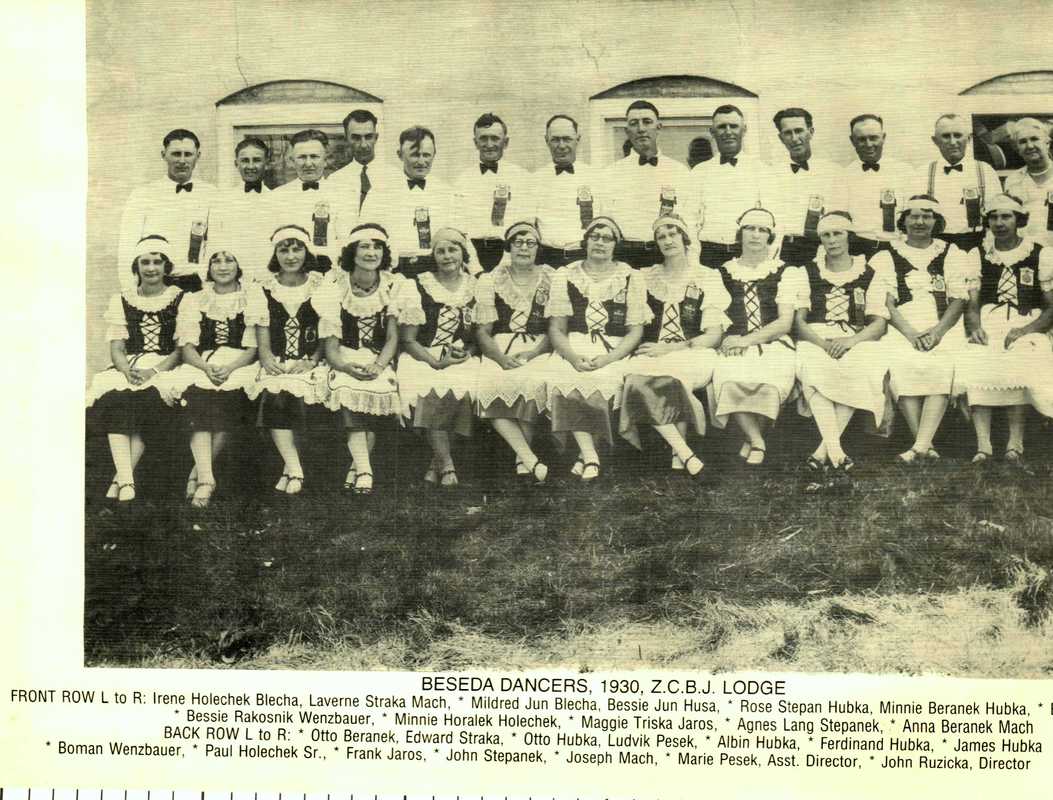 photo 1630 -- a stereoptican card of kenner's ford near dubois

A stereoptican
Laura Turnbull of Pawnee City shared this stereoptican card, made by her father Archer King, a local photographer of note, more famous for his then-innovative novelty postcards. 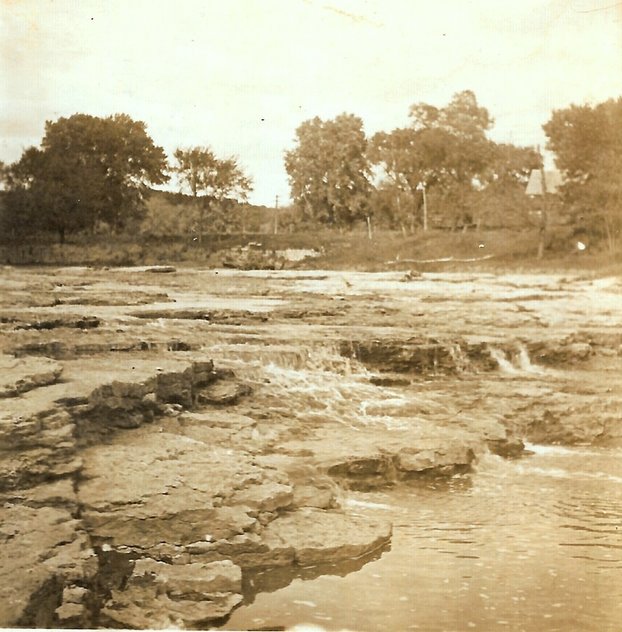 Right side of the stereoptican card

bridge at cincinnati, by archer king 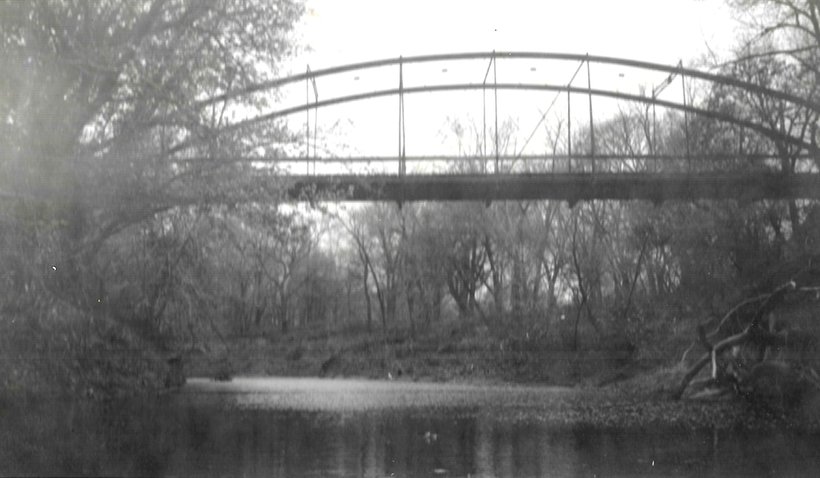 a family story from cincinnati - dealing with horse thieves

William Steiner has roots in old Cincinnati, and his father told him the following story, which he shared on the Historical Society's Facebook page in September 2018.  He says that Willis Shuey, also with roots in old Cincinnati, related the same story.  These oral histories (now called "personal histories" by historians) are important sources of information. In this case, it does not seem to have been written down, making them especially valuable. 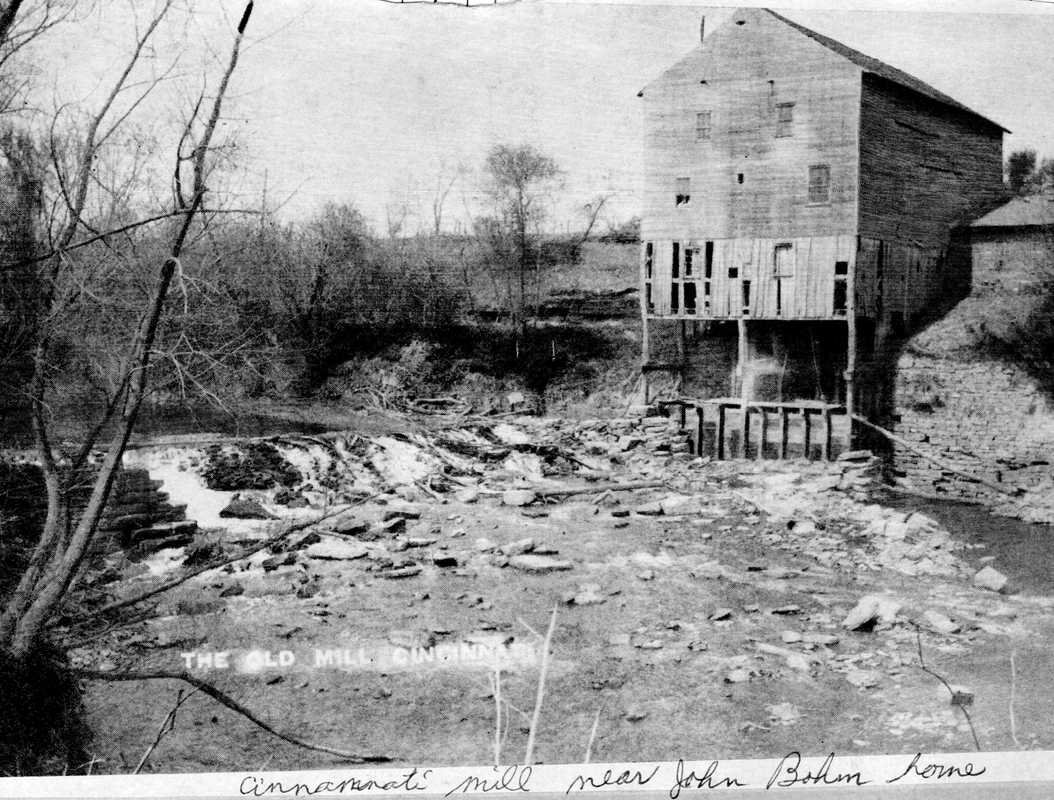 Photo 4460, the mill at Cincinnati

Historical Society member Luella Hinrichsen grew up in Dubois. In September 2018, she shared some memories: 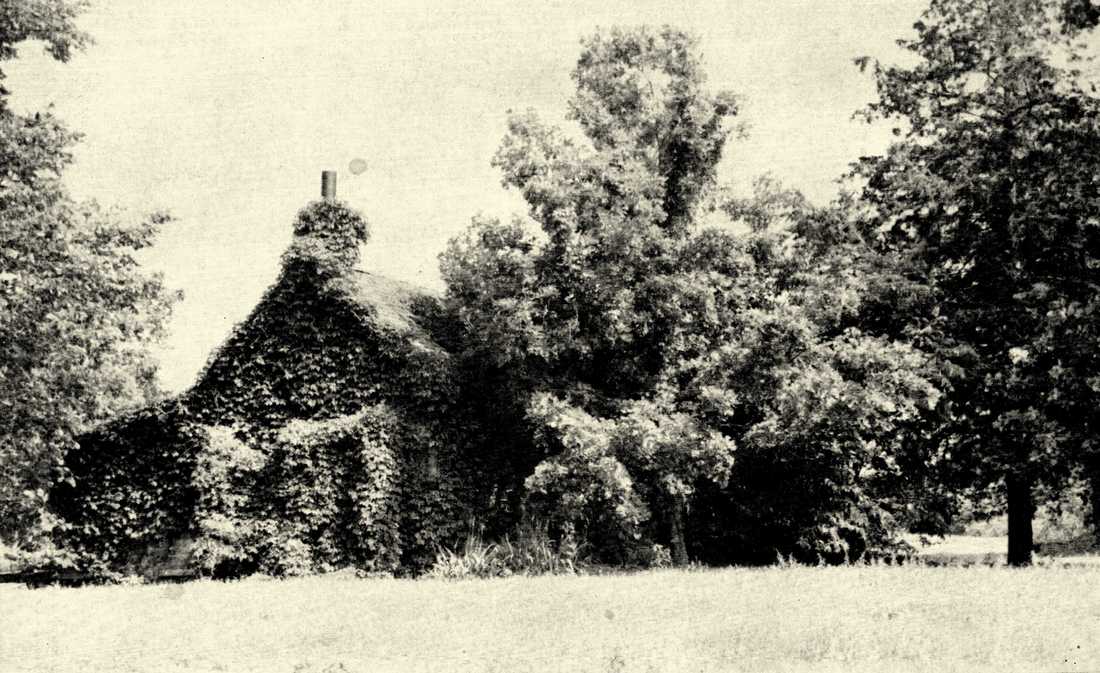 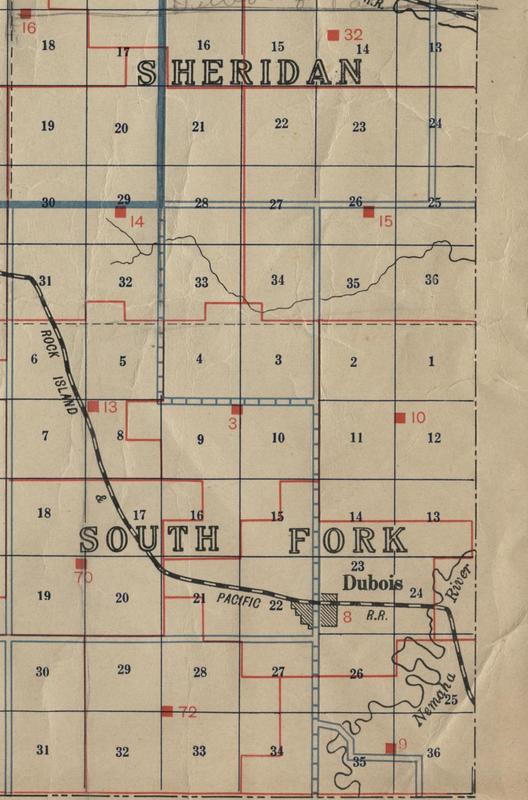 Shared by Mike Hendricksen, who said this is from about 1919. The little red squares represent country schools, with the red number being the school district number.

a play at dubois 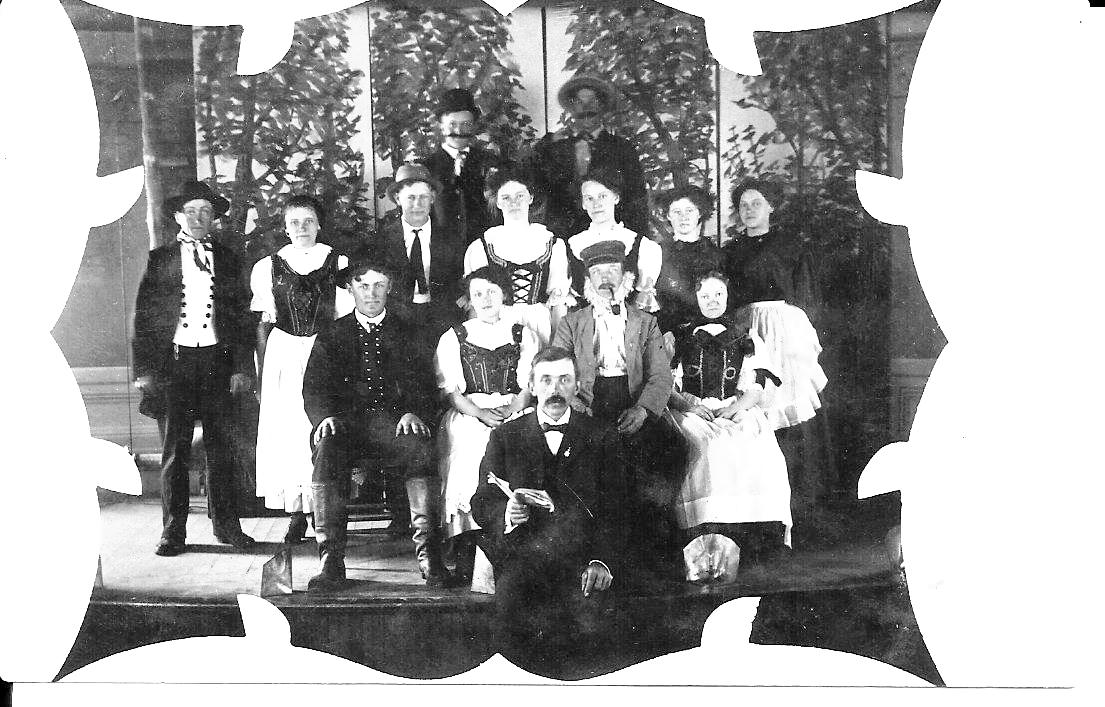 Photo 6496.
This photo of the play is from Mildred Buethe's Stepan family collection. She says that on the back of the card, this is written: 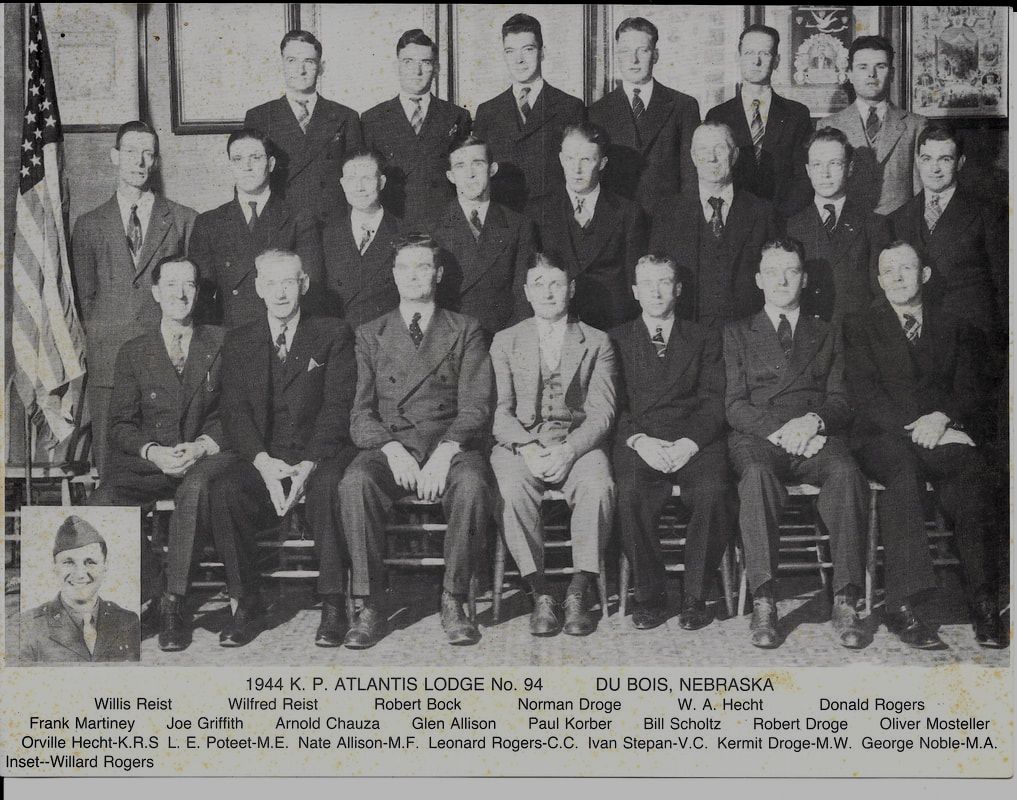 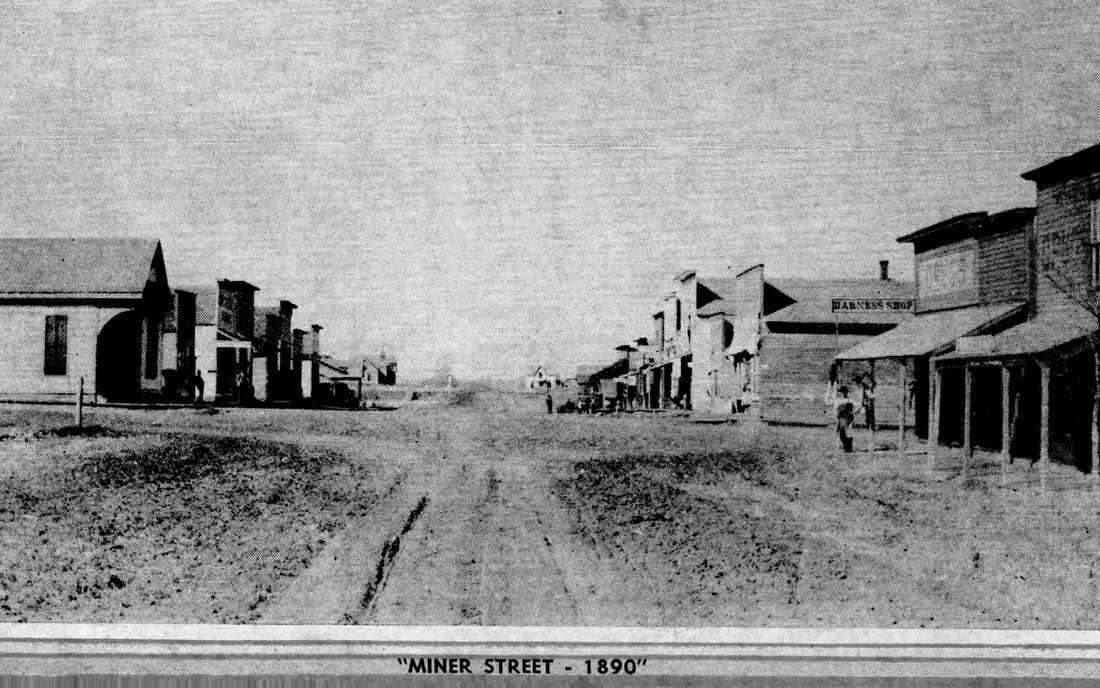 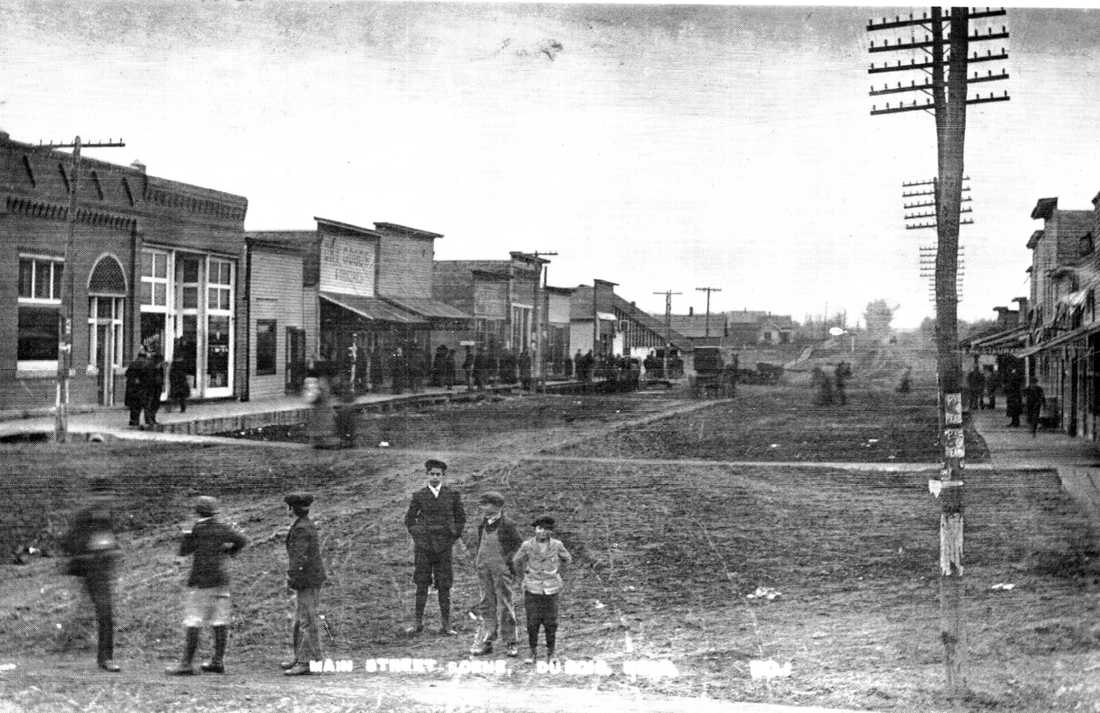 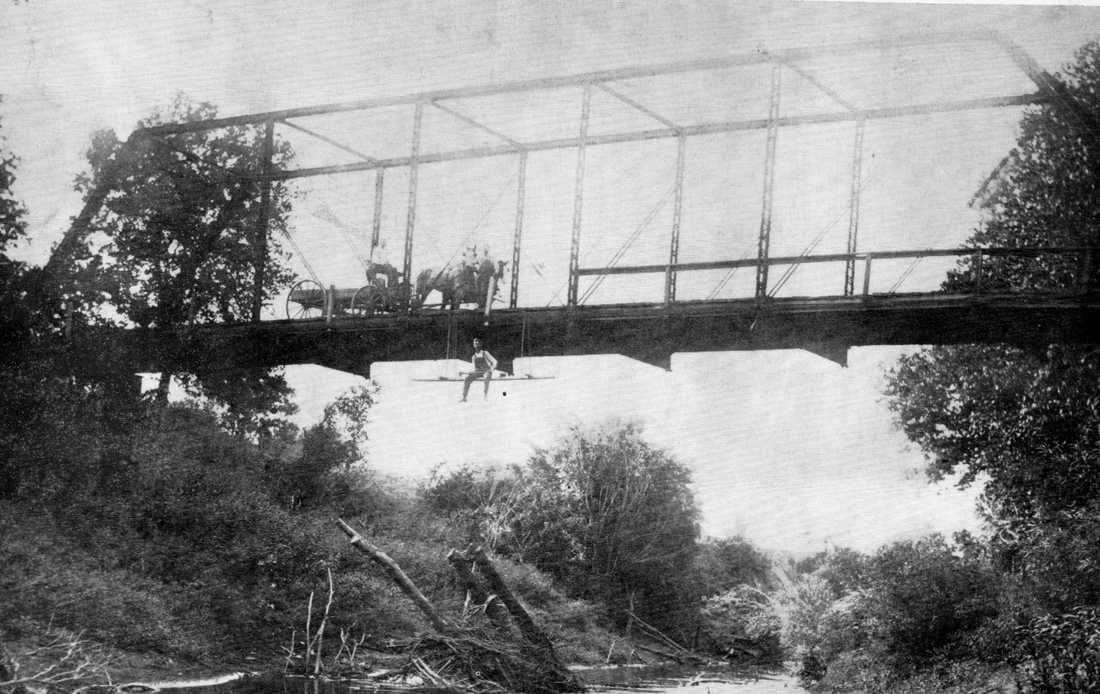 Photo 4459, highway bridge. This was originally labeled on this page as being at old Cincinnati, but one of our Dubois experts, Steve Staley, says that it is not. He says that some who have seen it say it is a road bridge that was about a mile east of Dubois. 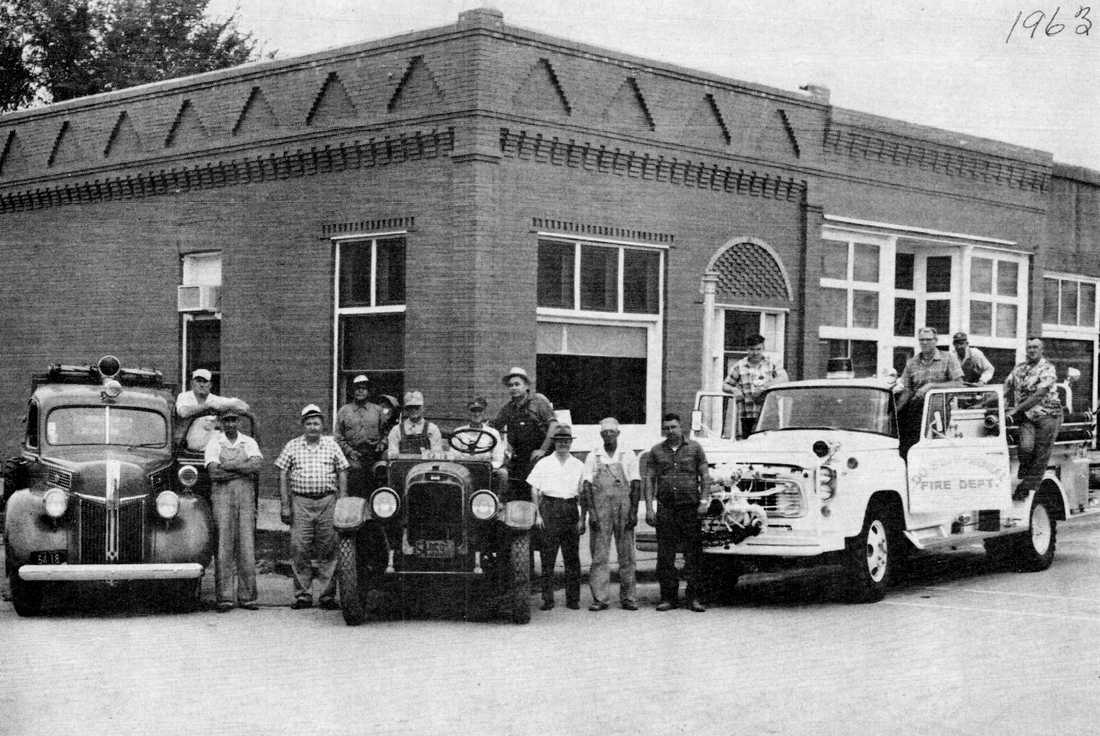 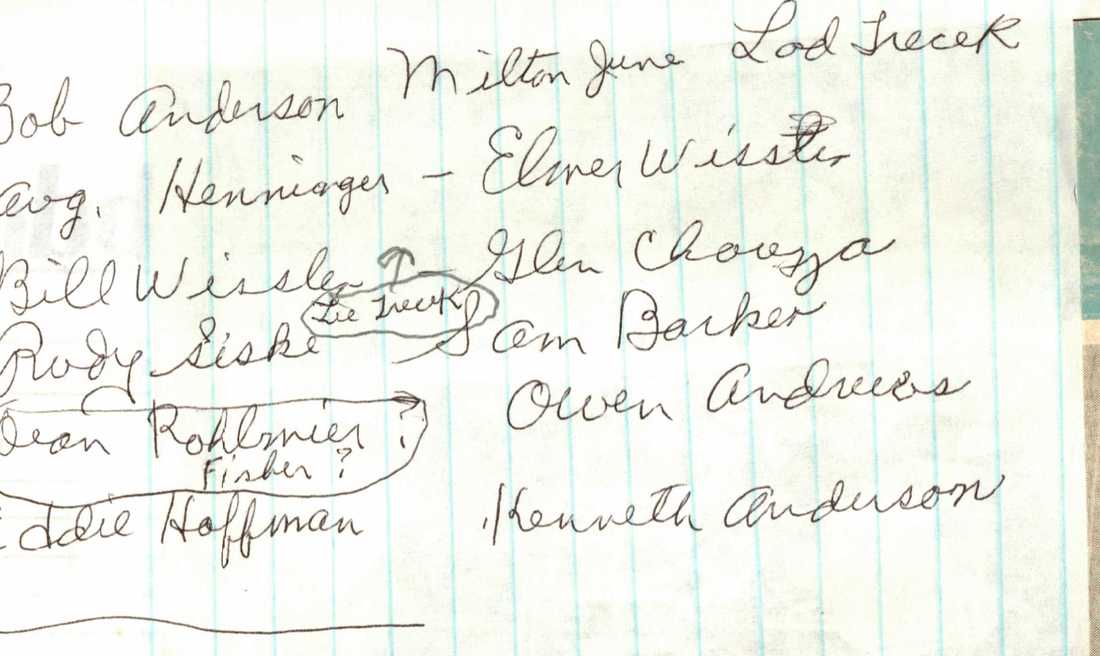 Millie Buethe shared this wedding picture of her parents, Joseph Herink and Rose Stepan. He was from a county west of here, and she was from Dubois. They were married in Pawnee City on October 12, 1912.  Their attendants were Amos Hubka, a cousin of Joe's, and Bessie Stepan, who was Rose's sister.  Millie says of the wedding: 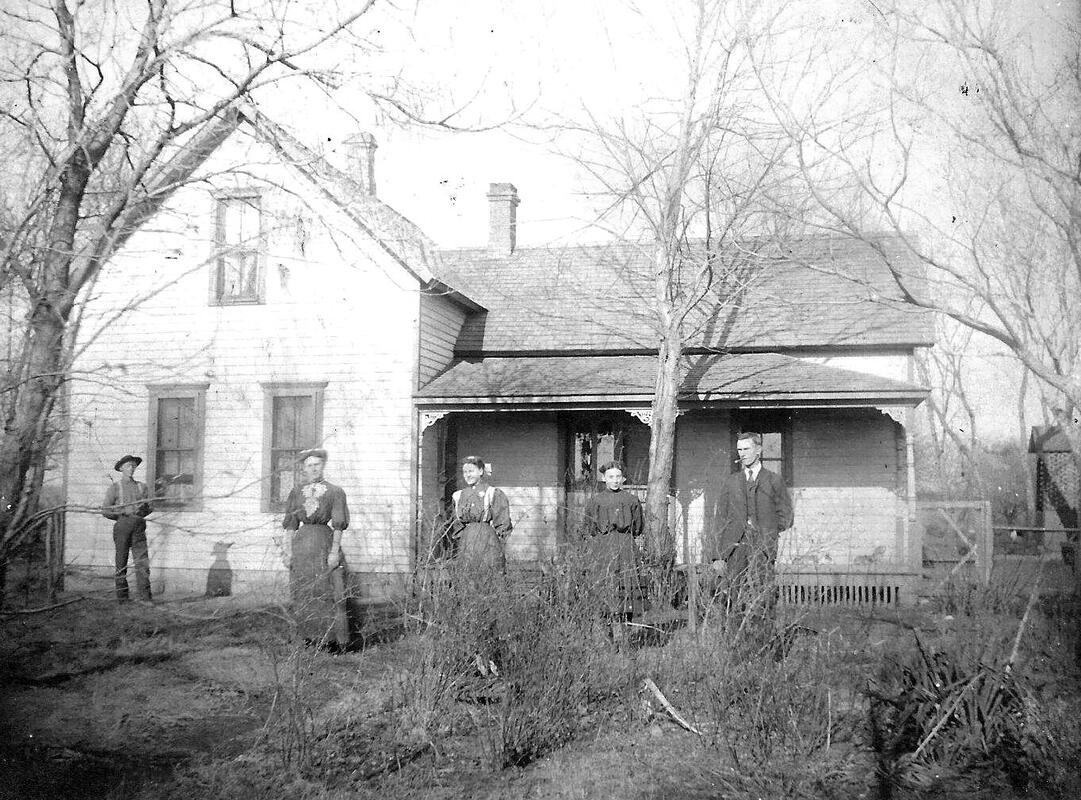 Stepans: Frank , Bessie, Rose, Mary,  and Henry.  They moved into this house near Dubois in 1906; the picture is undated. Photo 4647, shared by Rose's daughter Mildred Herink Buethe.
​

​This is Photo 7729, and it comes from Richard Boston.  It is of the James & Caroline Boston family in front of their home in rural Dubois. The home sat one mile south of Prairie Star Cemetery, where they are buried. 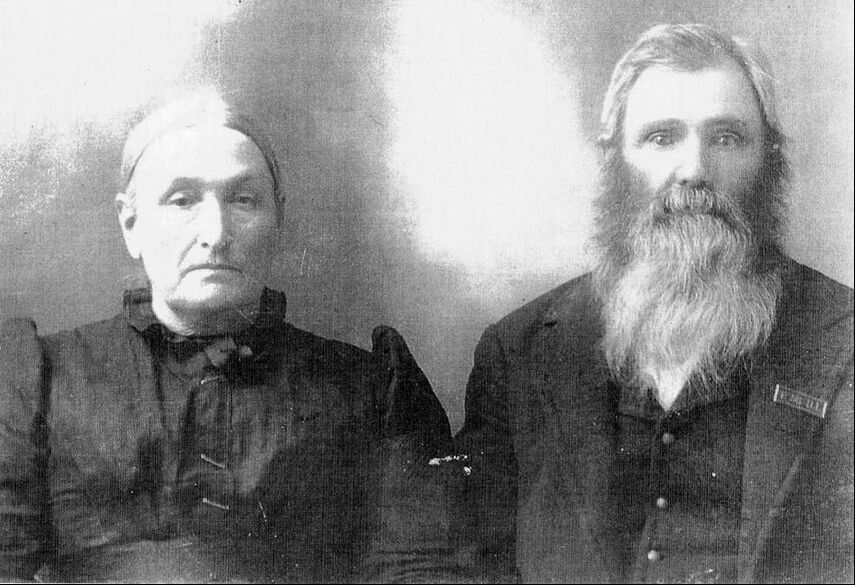 Caroline & James Boston, Photo 7730, shared by Rich Boston. They came here after the Civil War, bringing James' parents with them. James had been wounded in battle, and Carolina had left their children behind to go care for him, and eventually for hundreds of other soldiers. In 1894, they moved to Smith Center, Kansas where they lived out their lives. James received a pension, as a wounded veteran, and Caroline received a pension for her work as a nurse. 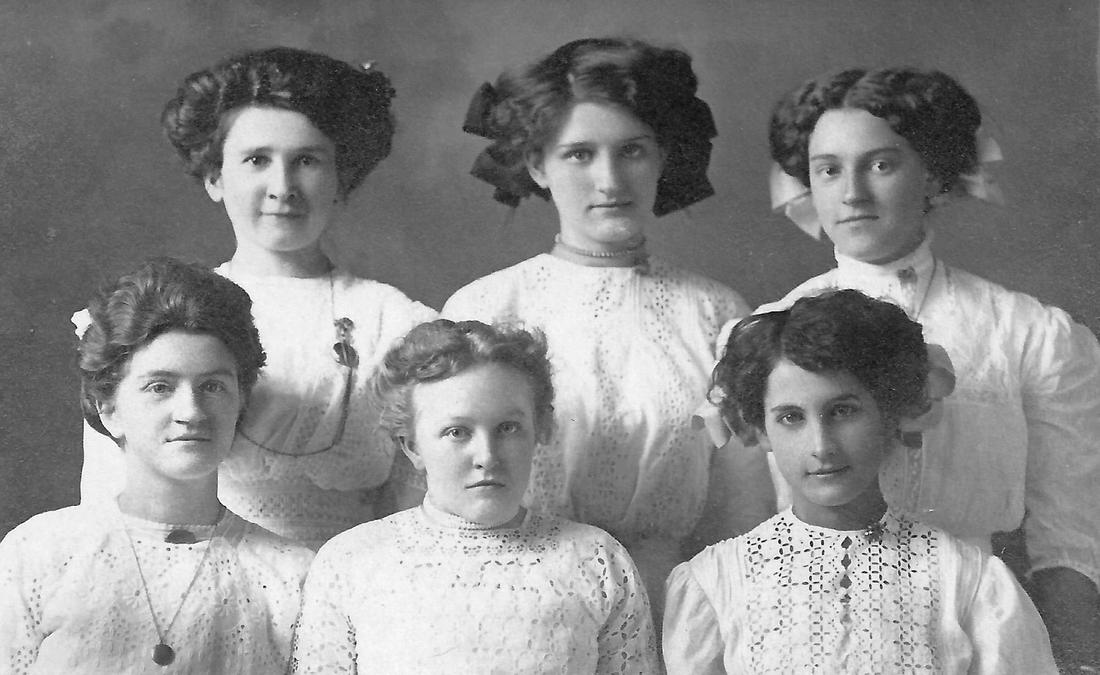 DUBOIS in the news

These are just some random articles that are interesting.
View My Stats