This photo was shared by Jon Woods, a son of Velma Kent & John Woods, who says: “Carl is on the left, Velma standing. Marvin and Glenn sitting in front, George Kent holding Mildred and Cora on the right.  Aunt Mildred was born in June of '07 so I would guess this picture was taken around early '08?”  ​Photo 2214. 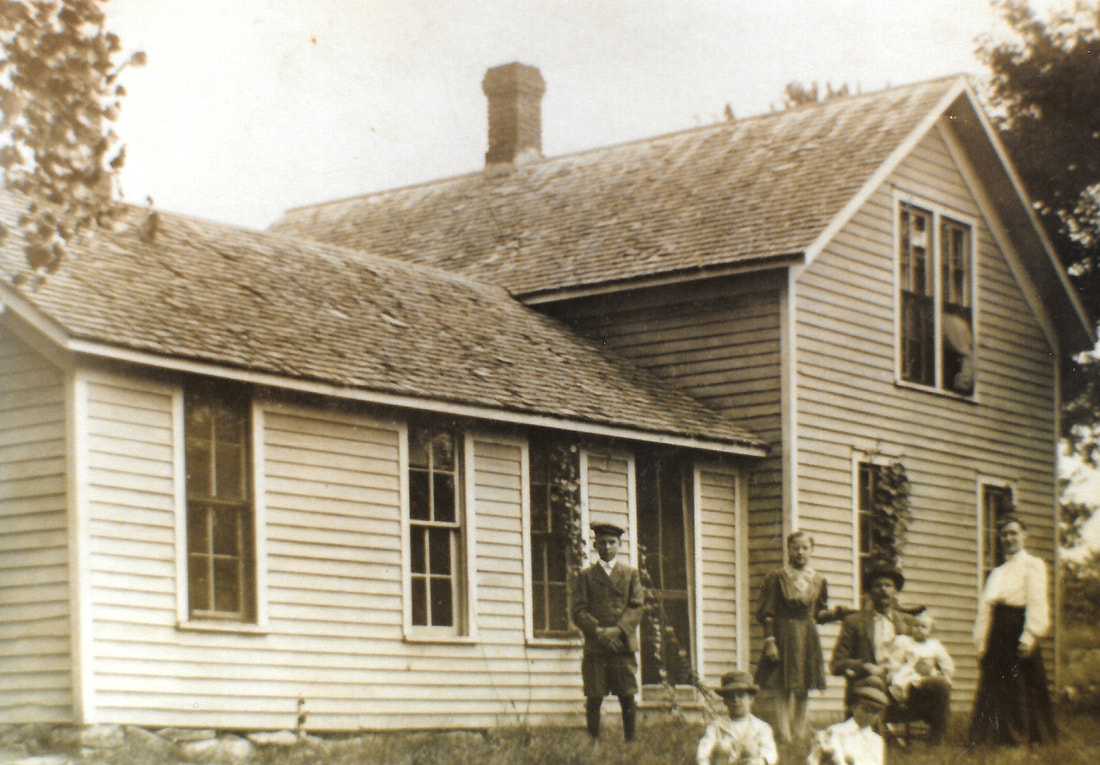 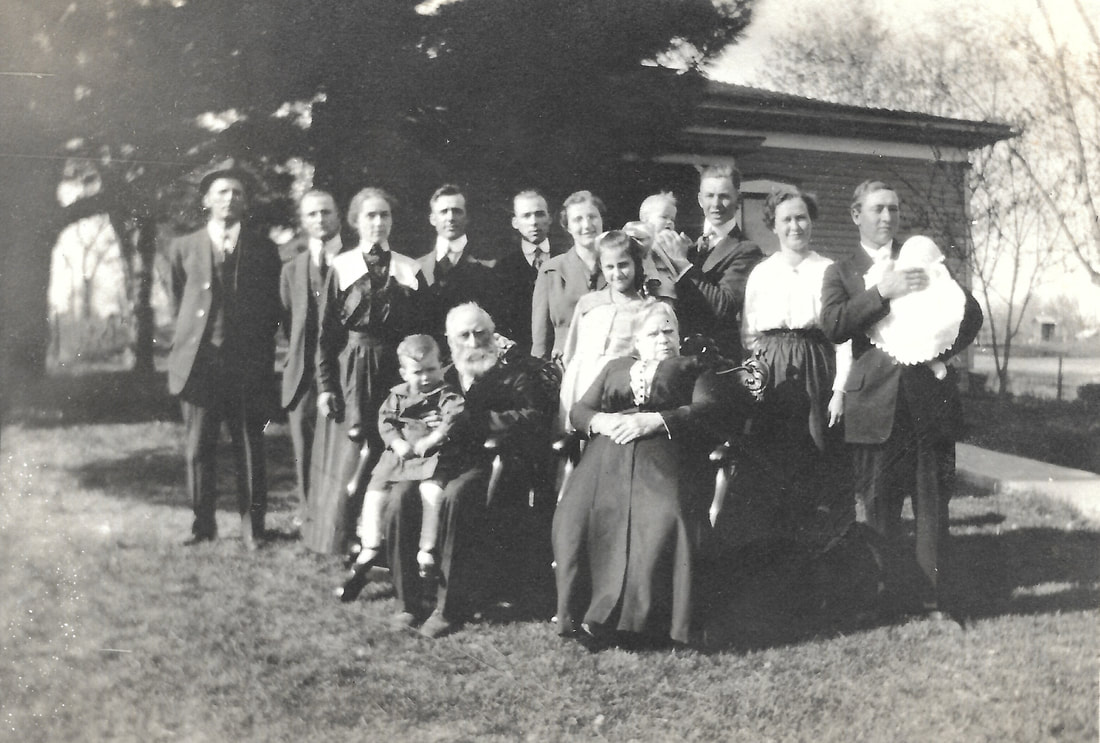 She raised a cow and a pig in the back yard in Pawnee City. The town didn’t appreciate that but she didn’t care.

She was an independent woman.  She was going to support herself.  She raised a calf and butchered it.

She did crochet, had all kinds of crochet things. She was a pretty good cook.

She treated kids with discipline. She was gracious to me, but I didn’t ruffle up her couch or mess up her house, I knew that.  She demanded respect and you showed it.

She was a fireball right up to her death. She was in her 90s when she passed away.  George had died of heart failure.  I think he was a bit lazy.

She was a very powerful woman.  She raised the kids. Her rules were the law. They knew how to work, every one of her kids. 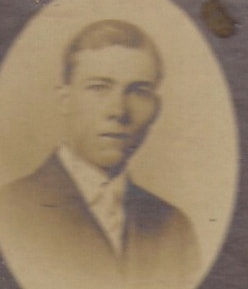 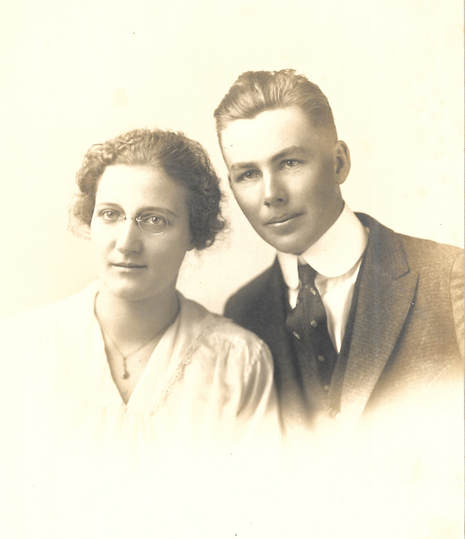 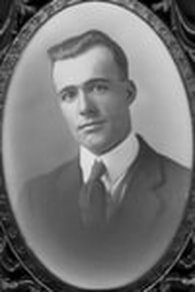 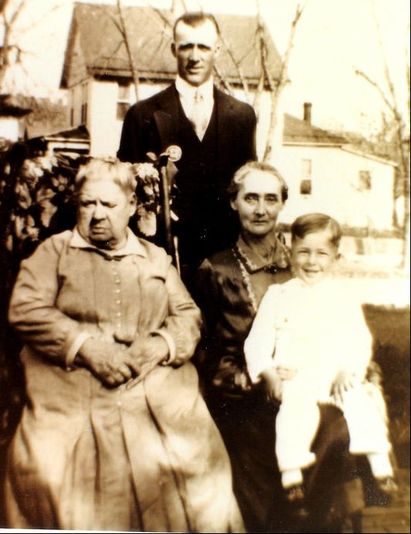 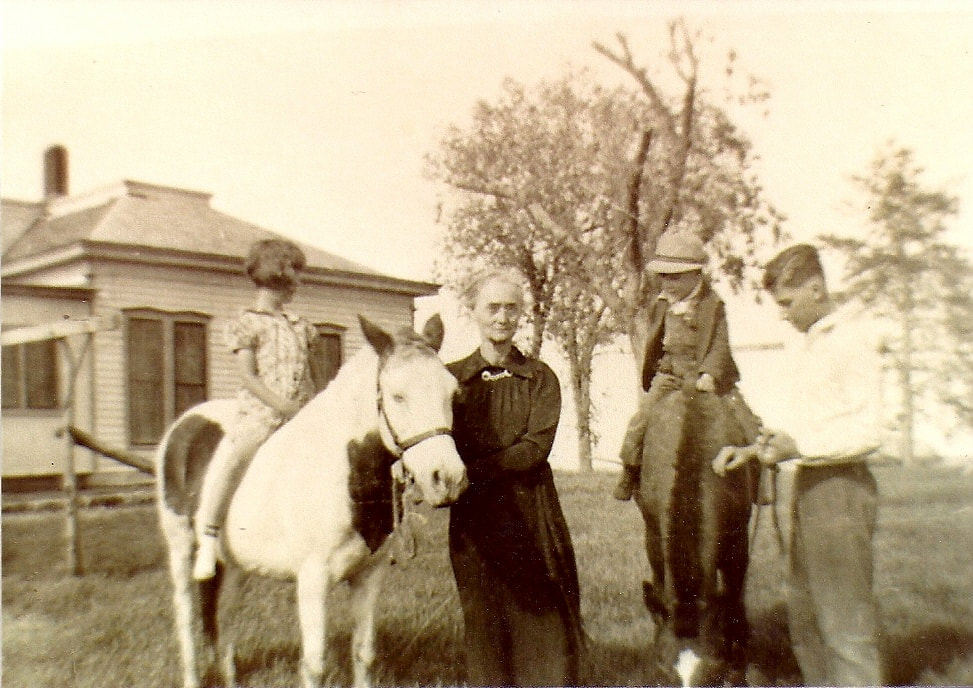 Cora Kent with grandchildren Marilyn (left, on horse) and Dave (right, on horse), both children of her son Marvin. Ross Brown is at the far right. Photo 1775, shared by Jon Woods.
Below, students of the Wood Hill Country School (District 65) include Marilyn Kent., who is the girl on the 2nd swing from the left, who is standing. 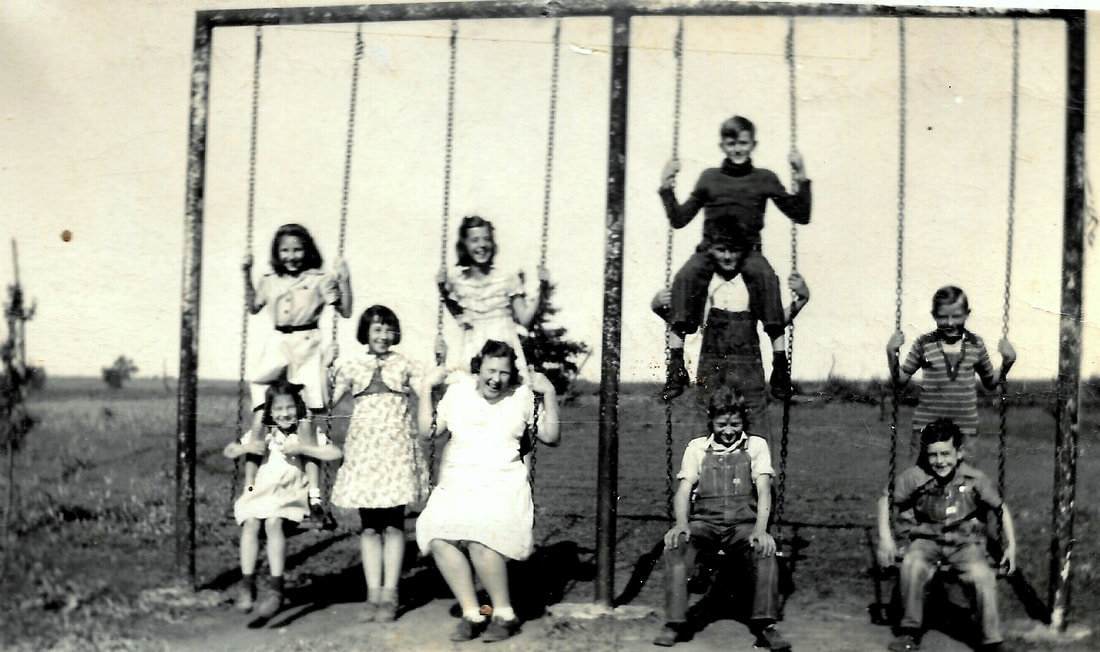 Dave died in January 2019.  His obituary as posted on the Wherry Brothers Mortuary website: 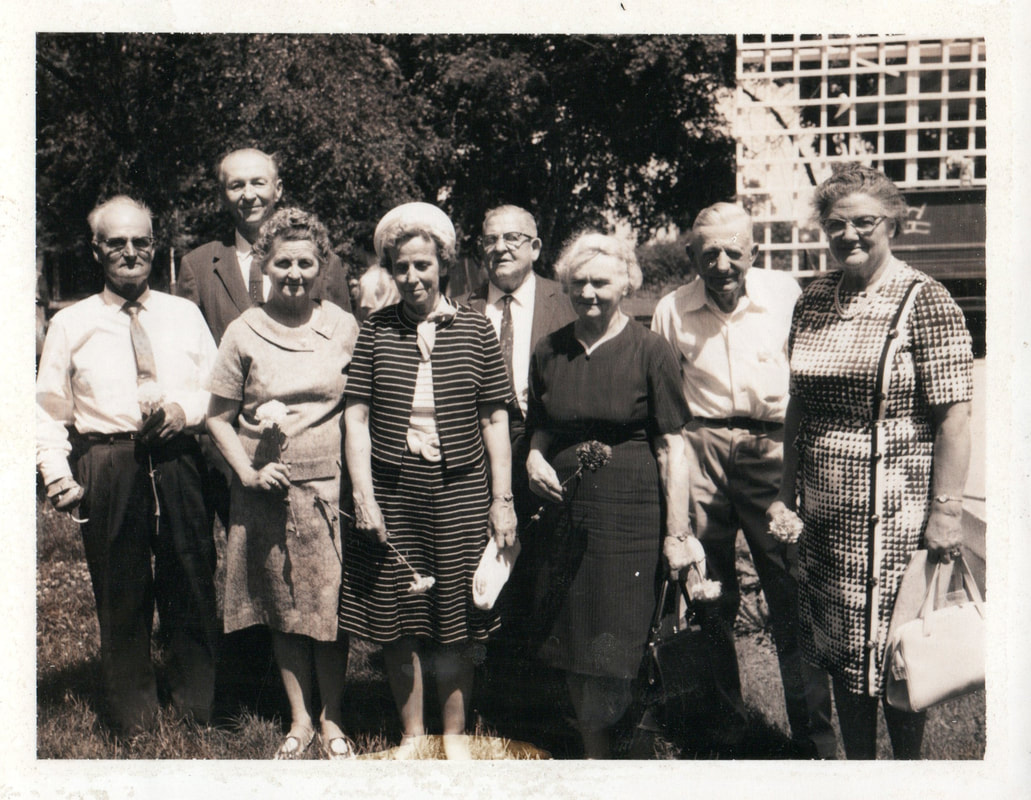 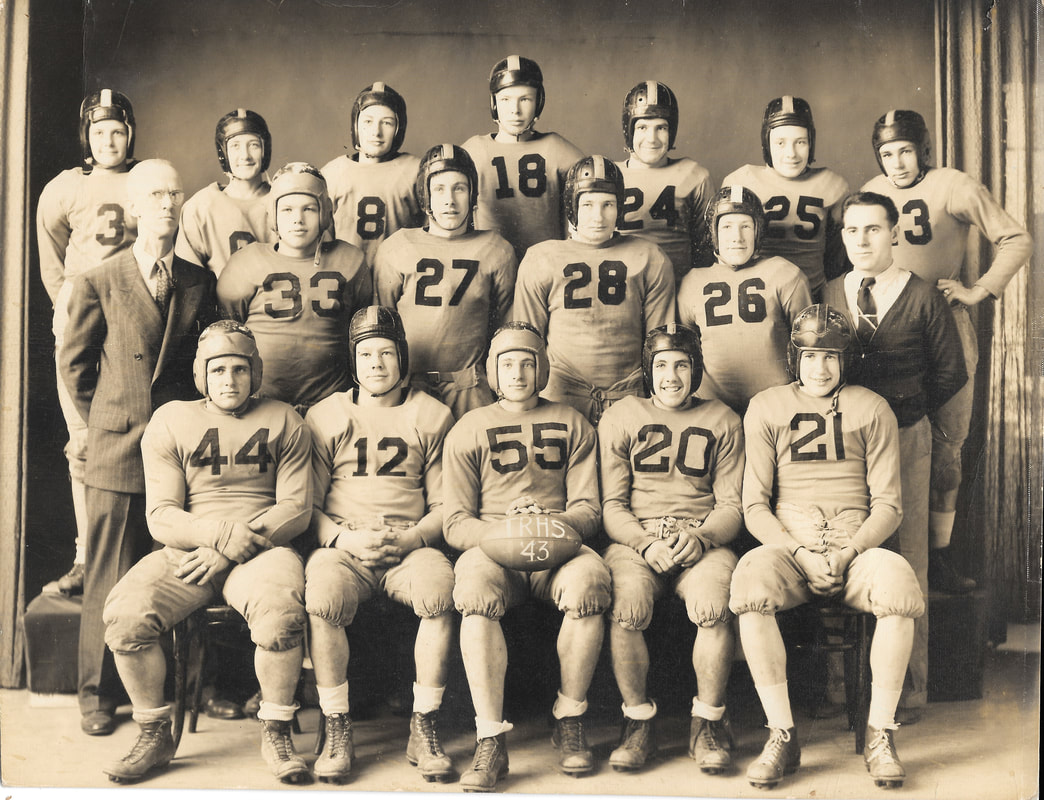 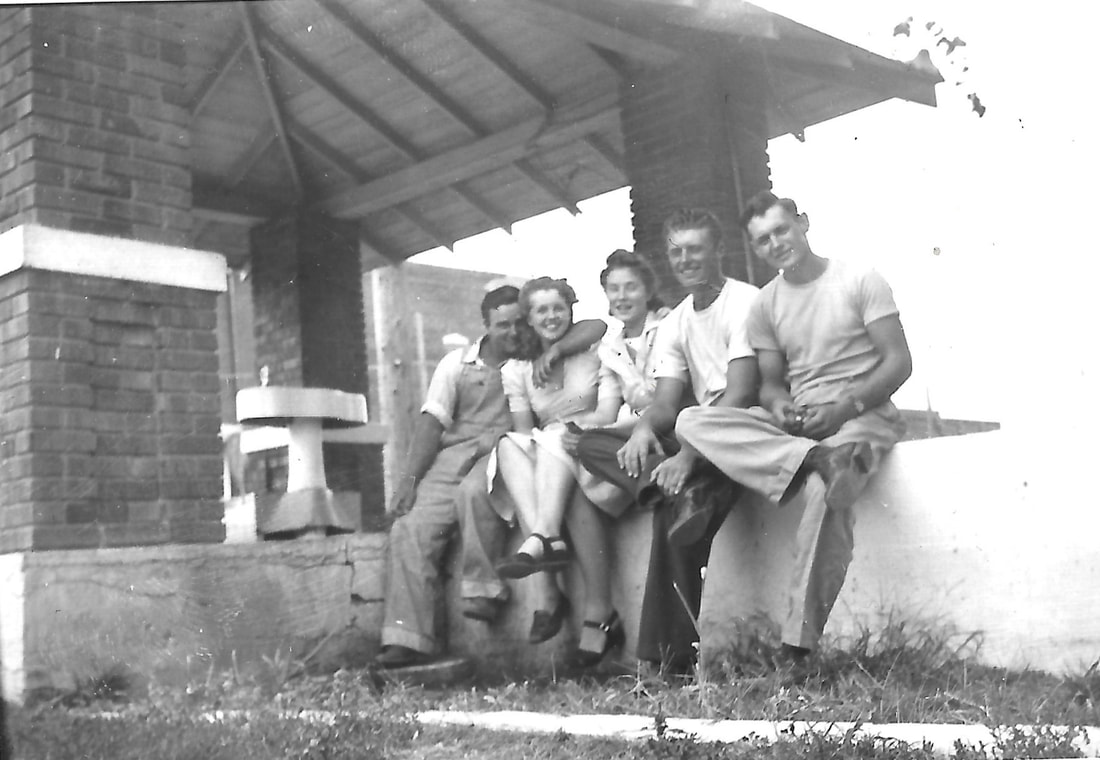 Alvin Kent is far left in this photo by Arvid Blecha taken circa 1941. With him are Delores Boston, Hazel Walter, Rudy Klapka, and Bob Vondrasek.

When Stan was in high school he hired out to Alvin. He recalls:

I always liked working for Alvin. He paid top dollar and he always fed you lunch!

I remember hauling hay on his pickup one winter day with icy roads. We were flying down the road towards the depot and he slammed on the brakes...we slid all over the road out of control and slid to a stop in the only open spot at the depot...between a BIG Burlington Northern truck and one of the dispatcher's cars... We looked at each other for a few seconds then he grumbled, "I guess I should have had it in 4WD," as he reached down and switched to 4WD and away we went to feed the cattle! 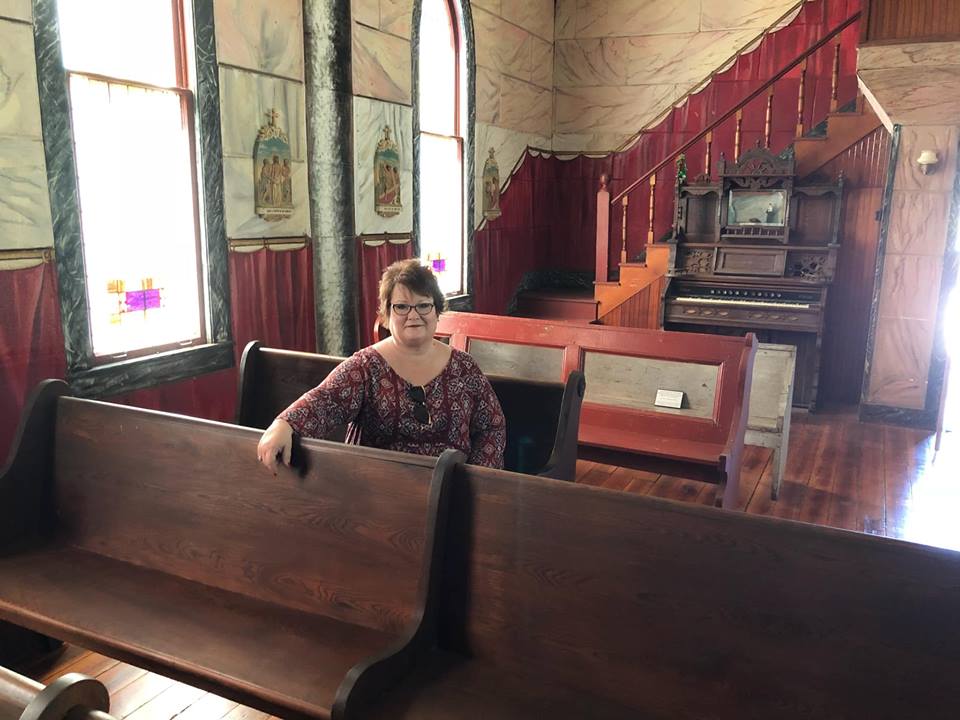 Edward Kent is in the front row, fourth from the left in this picture of the band, circa Fall 1952. 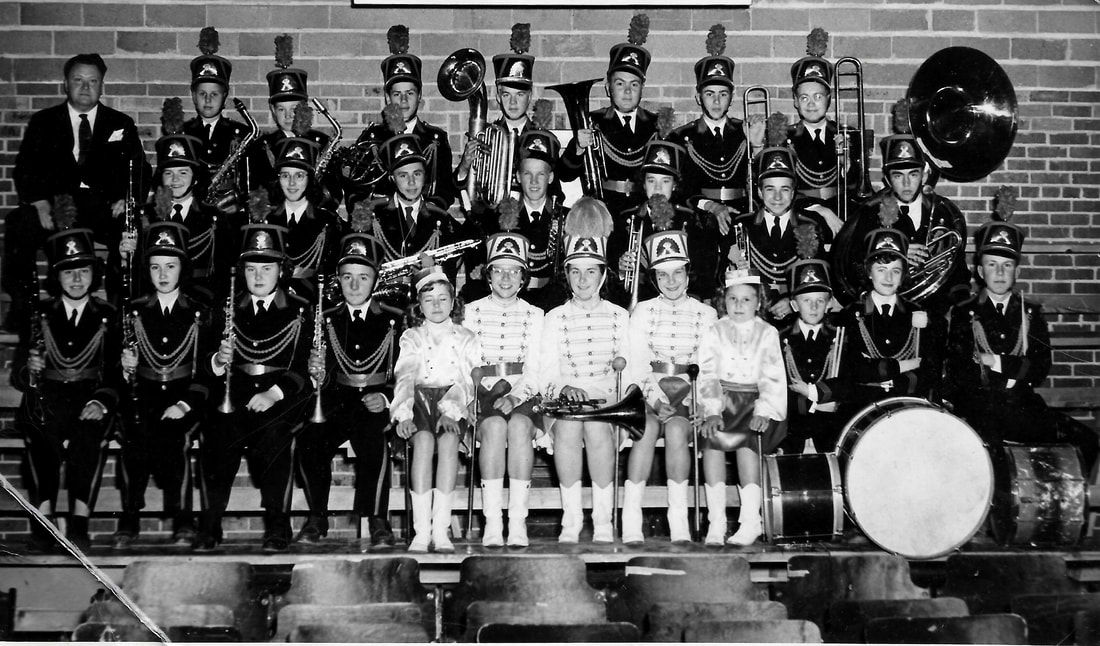 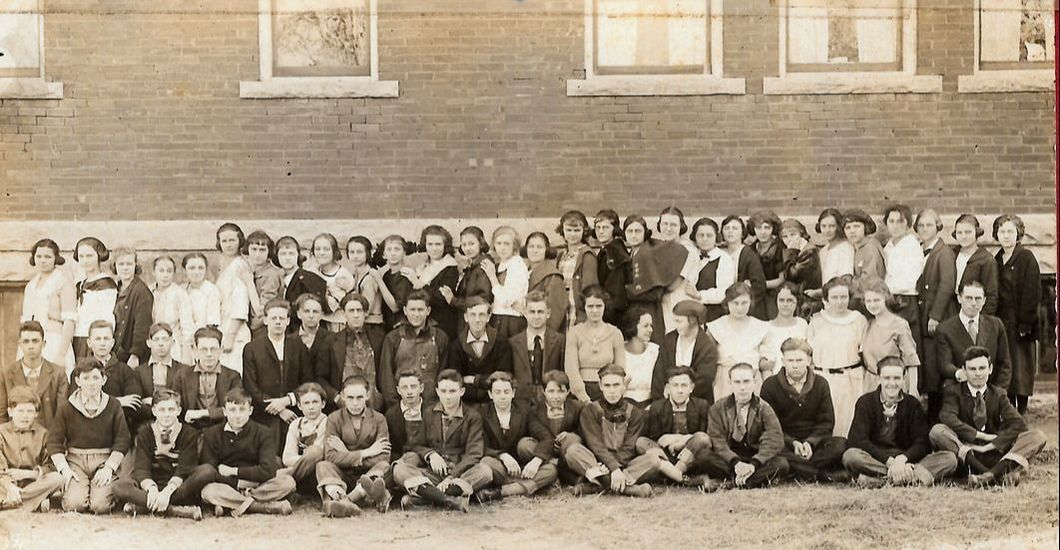 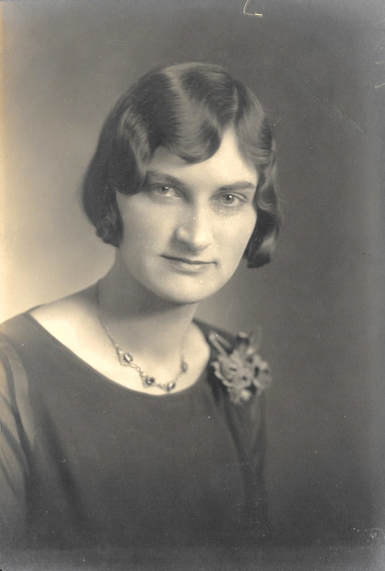 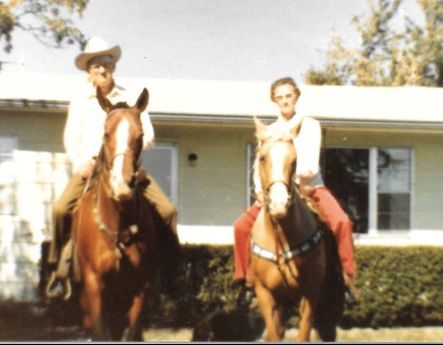 Photo 2215, Mildred Kent Brown and her husband Ross Brown, at their home in Pawnee City, shared by Jon Woods.

a whole mess of kents! 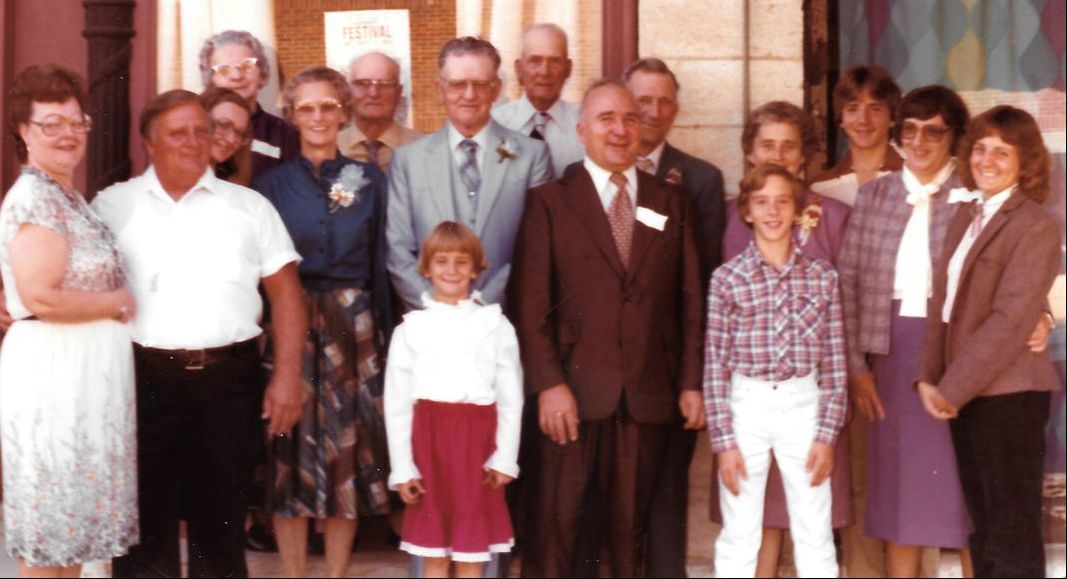 Left to right, Marilyn Parks Kent, Alvin Kent, peaking behind Alvin is Dena Jeanne Kent Hildebrand behind her is my grandma Ethel Kent, and Mildred Brown behind Mildred is my grandpa Glen Kent. Next is Ross Brown then Grandpa's brother Carl Kent.  In front of Carl is my dad's brother Edward Kent and family. Behind Edward is Dave and Rita Kent. Next to Rita is My Aunt Dee, uncle Eds wife. Their children from left to right are Kathy Kent Hug, Mike Kent, Chris Kent Lawrence, and, in the back Jerry Kent.
View My Stats