There is a 1900 account of the 1864 hanging of horse thieves in Table Rock.  It was published in the Argus, although it indicates that it was from a Grand Island newspaper. It was the account of a man named Samson who had lived in Table Rock at the time. This is the account that is generally known.

There were two horse thieves hanged, Paul Clifton and Joseph Catrin.  A third man, Jim Riley, was also hanged.  He lived on the Blacklaw place, which was around Goat Hill I believe, and was believed to have been in cahoots with the other two.
There is a far more detailed account published in February 1893.

This particular account of the 1864 events appears to be an original account that was updated from one installment to another.

For example, the second installment backs up and makes corrections to the first.  Shuey lived south of Table Rock, on the South Ford, not north.

In the third installment, the spelling of the last thieves name from Catron to Catrin is made. It appears that his confession had turned up, had been in a man's possession the last 29 years, and in that document his name was spelled Catrin.  There is no explanation for the changed spelling, but it is evident in overall context that it is part of the dynamic creation of the history.  And before that, it was said that the man's first name was known.  In the third installment it is Joseph.

One can imagine considerable talk around town about what happened, who was still around who had been present, and what did they have to say.

In the 1900 account, and in the first of the 1893 accounts, he is named as Catron, first name unknown.  However, the third account gives his name as Joseph Catrin, based on the original confession, which one of the men who took it had kept.

Who wrote this remarkable account?  Bylines were not used in those days.  i strongly suspect that it was the handiwork of Frank Taylor, the editor of the paper.  He wrote very well and the style seems to be his.  And even though bylines were not used, one would think there would have been some sort of attribution or comment had this been written by someone else.


I believed the last installment to be lost, because the edition that it was in has not survived.  Then, on 8/5/15 I opened a scrapbook kept by Cora Gilbert Kent, and there were the installments pasted neatly in it.

Here are the articles. To make these readable, the weekly installments have been broken down, so some of the lines overlap. 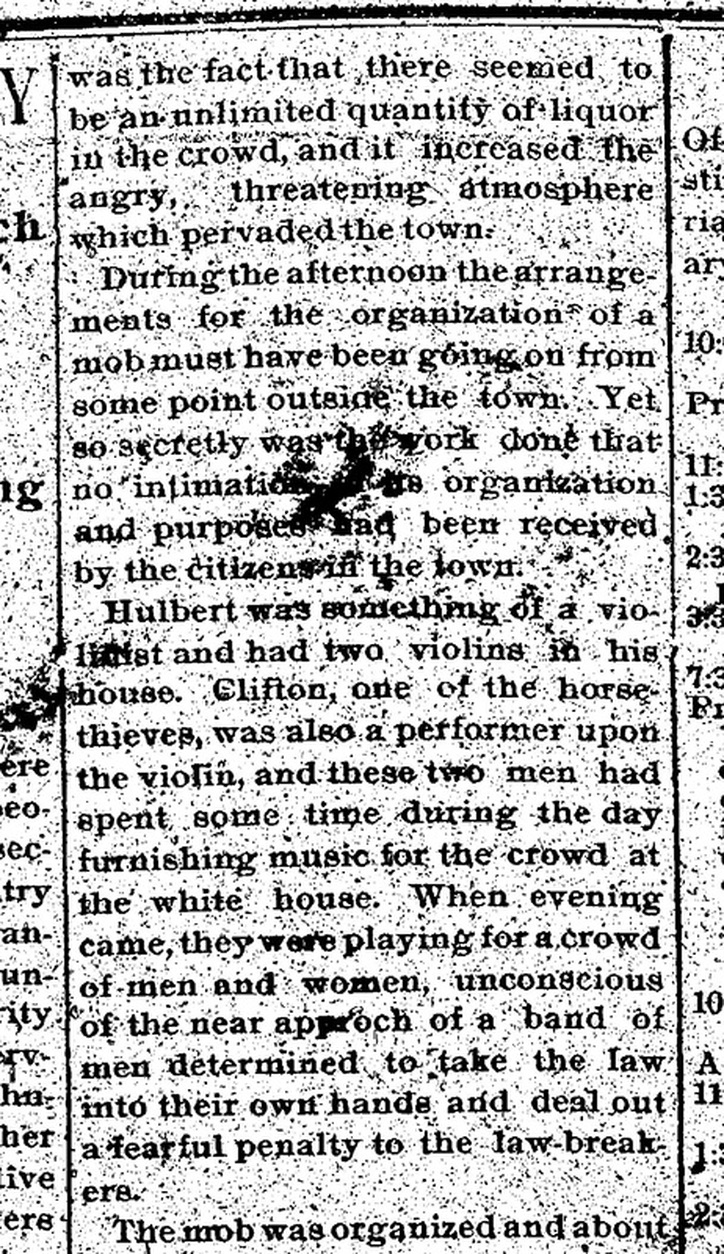 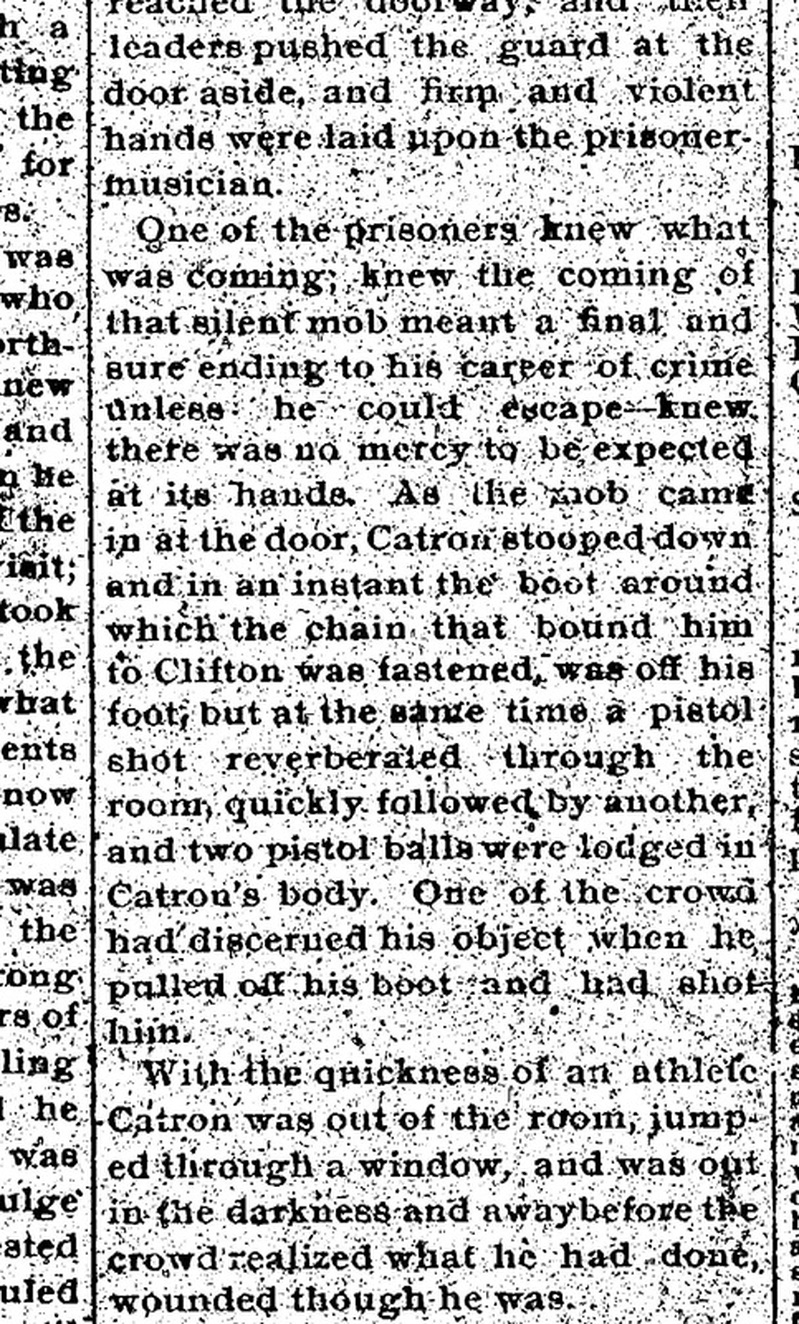 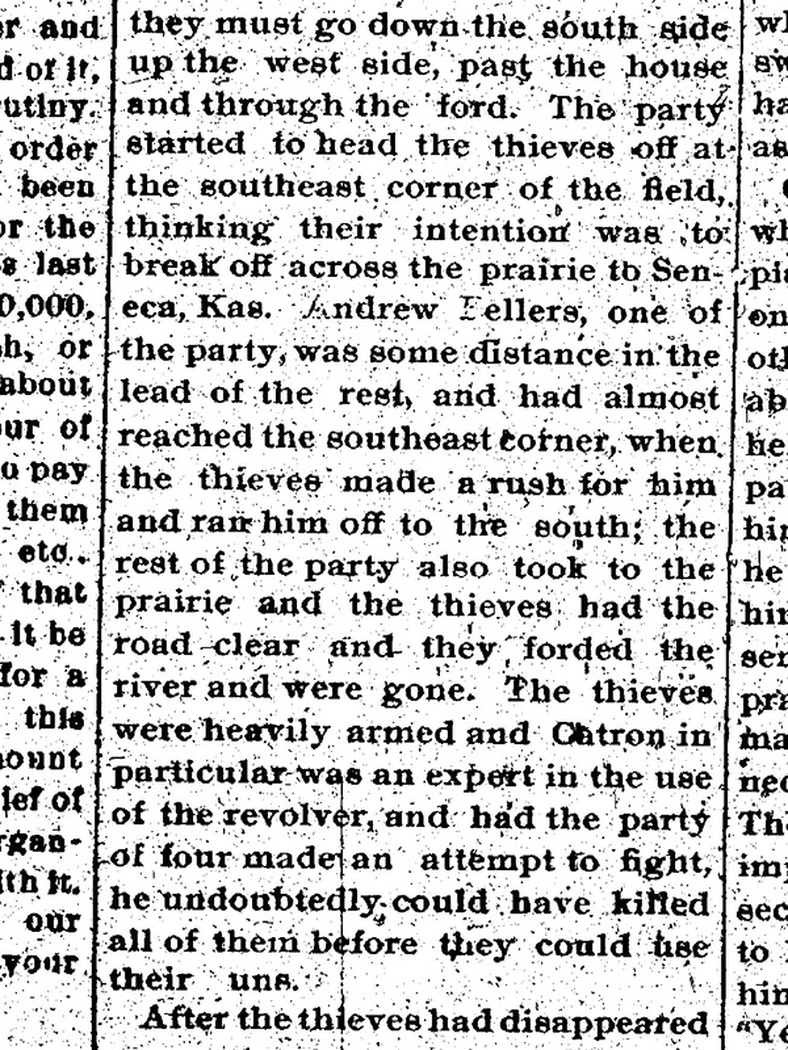 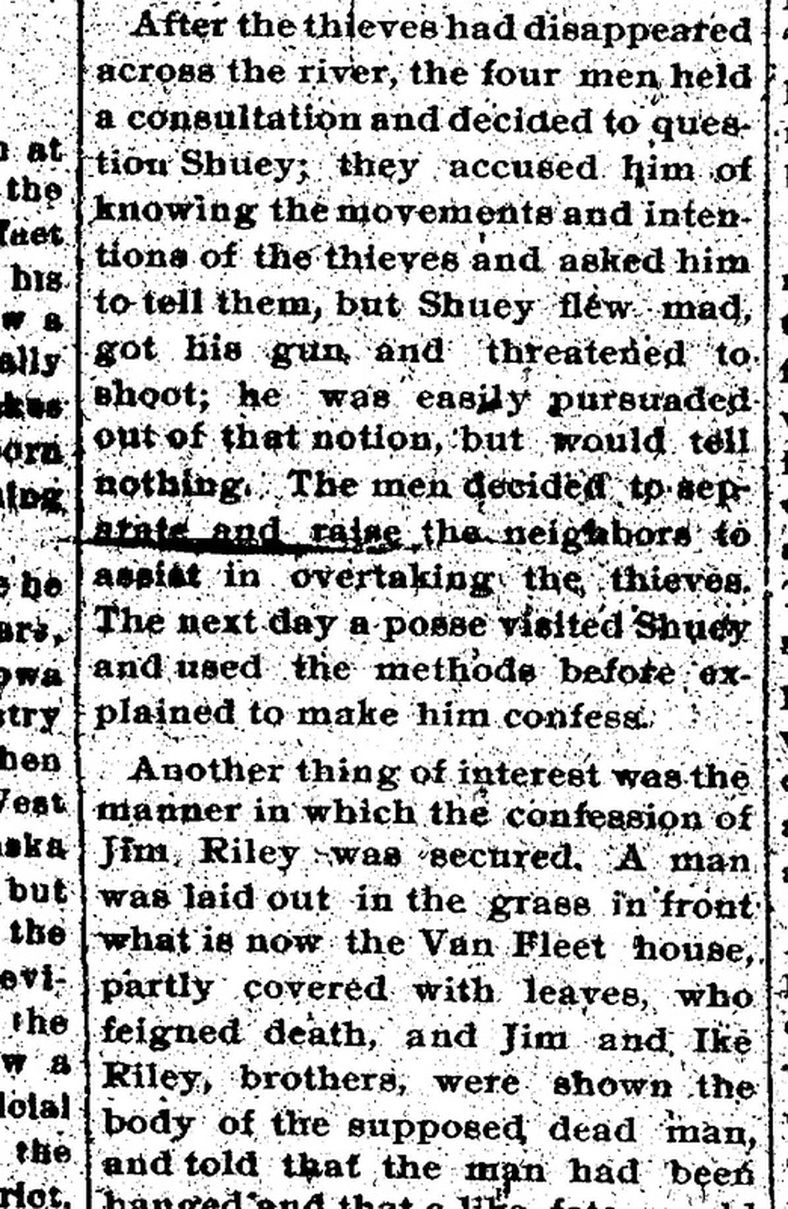 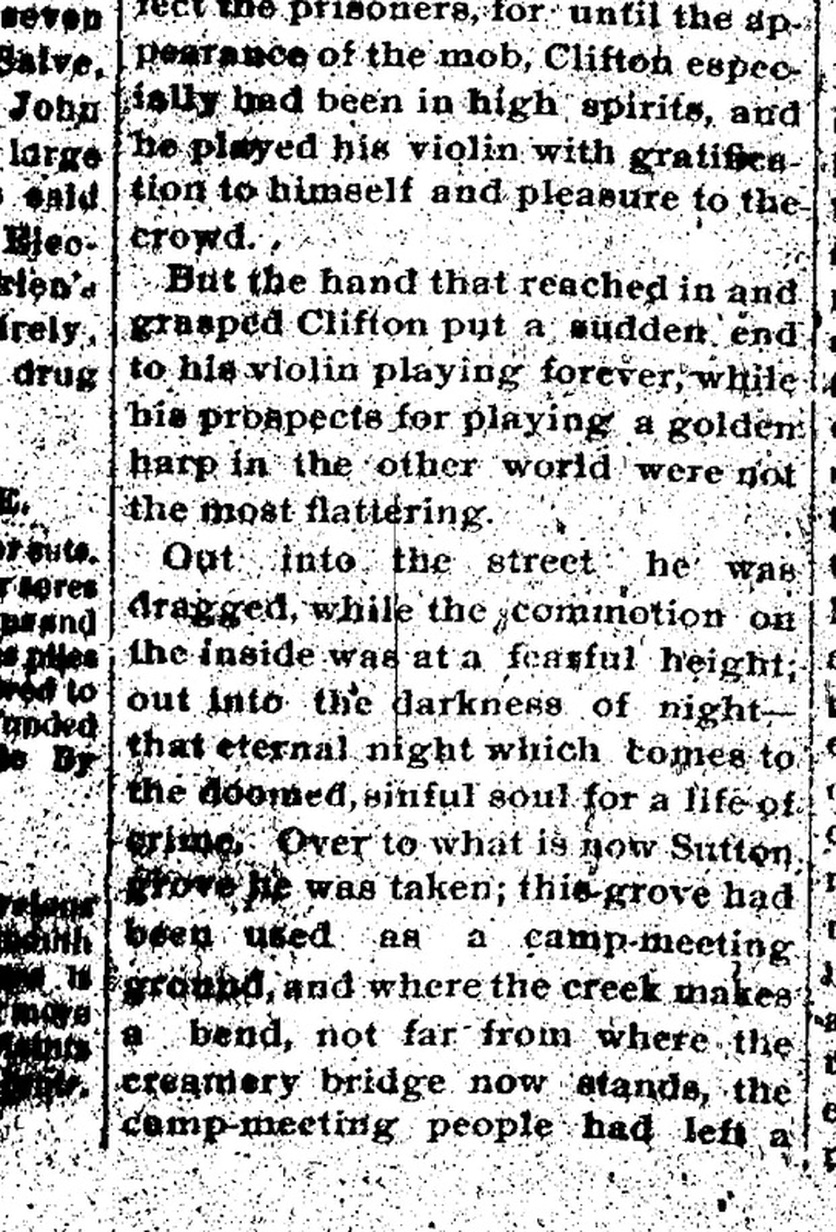 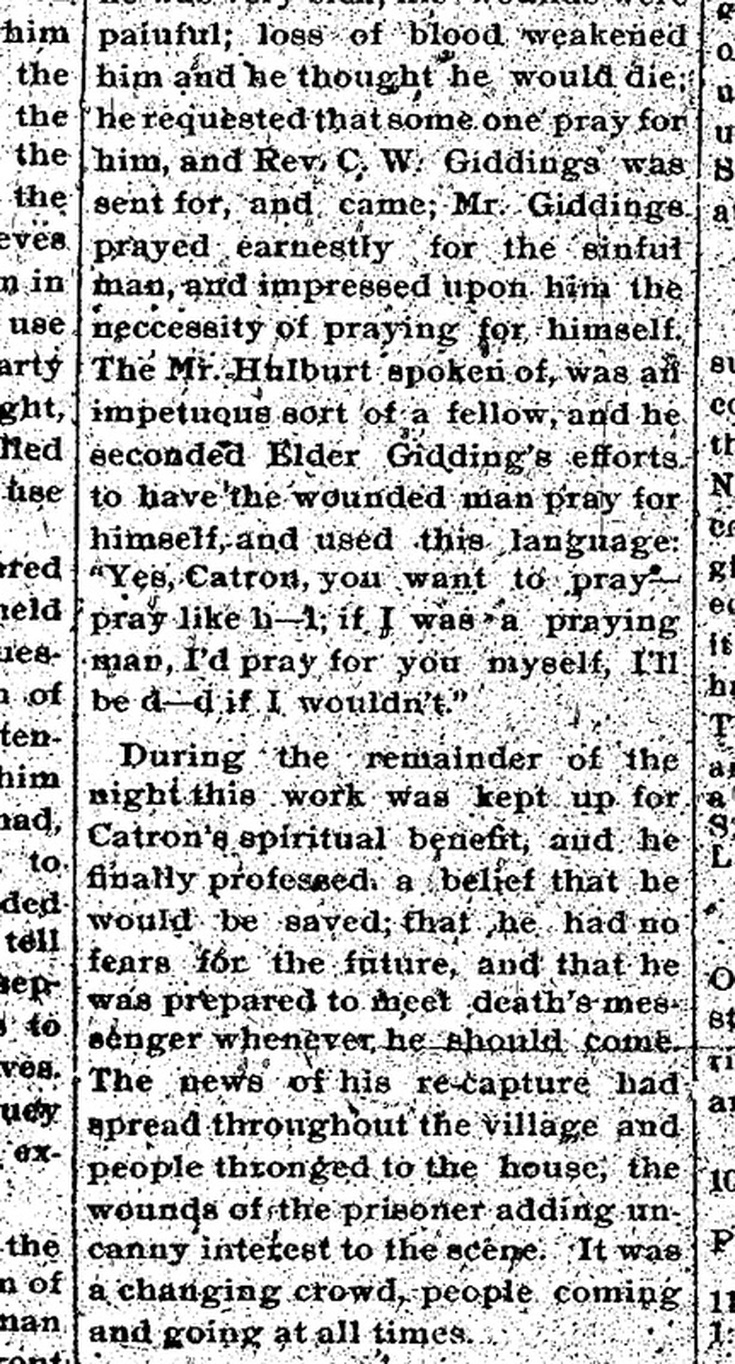 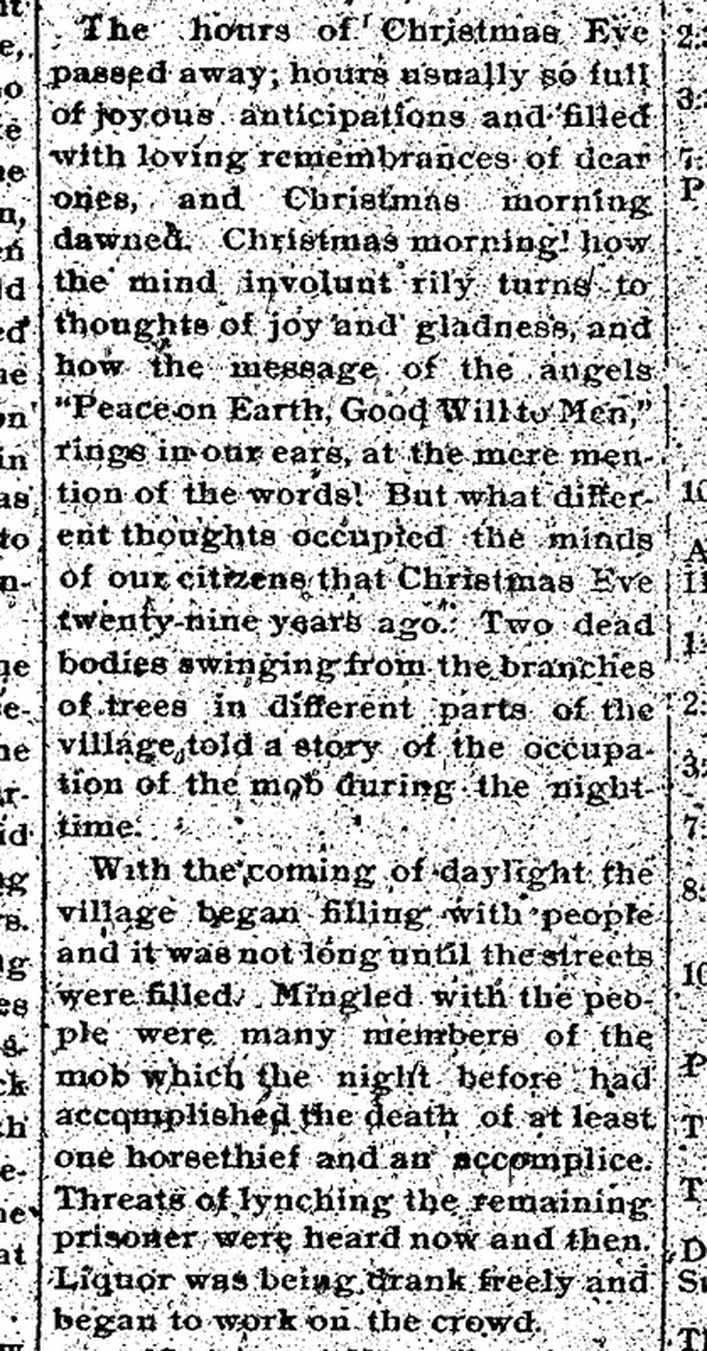 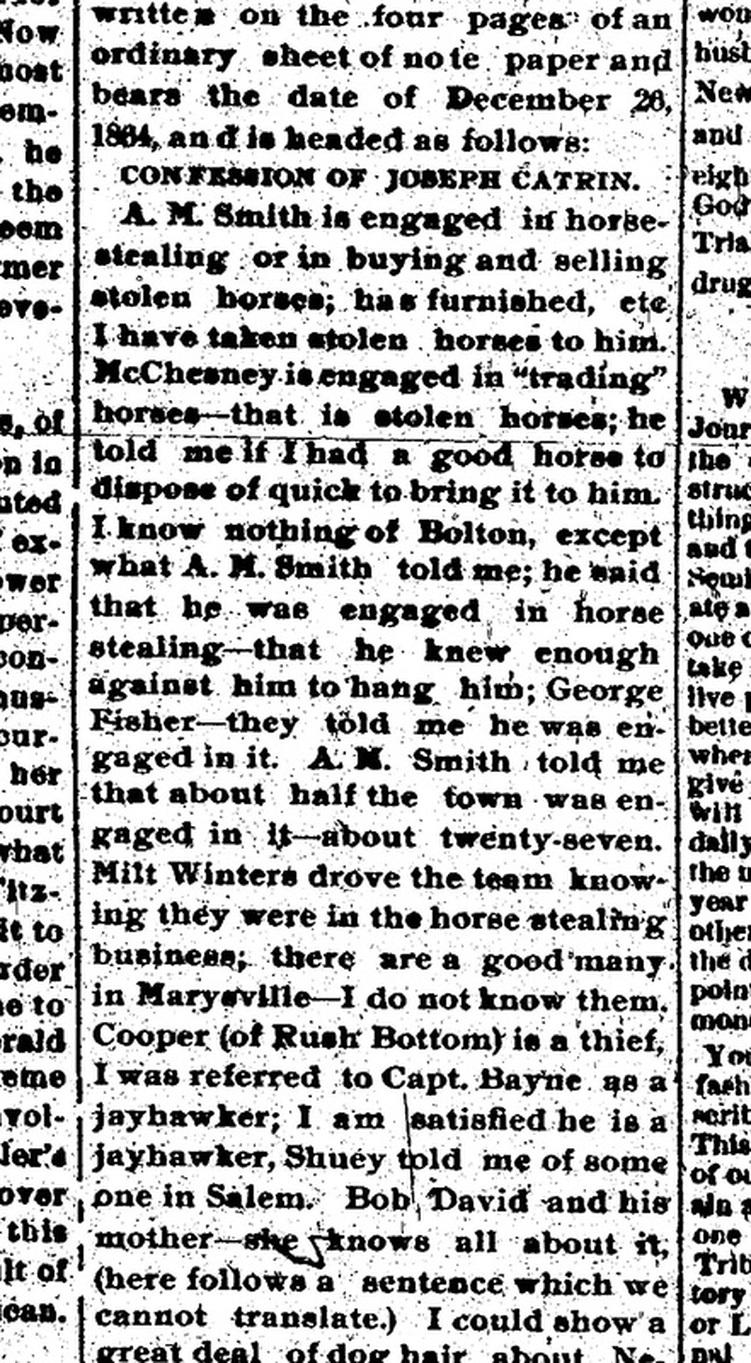 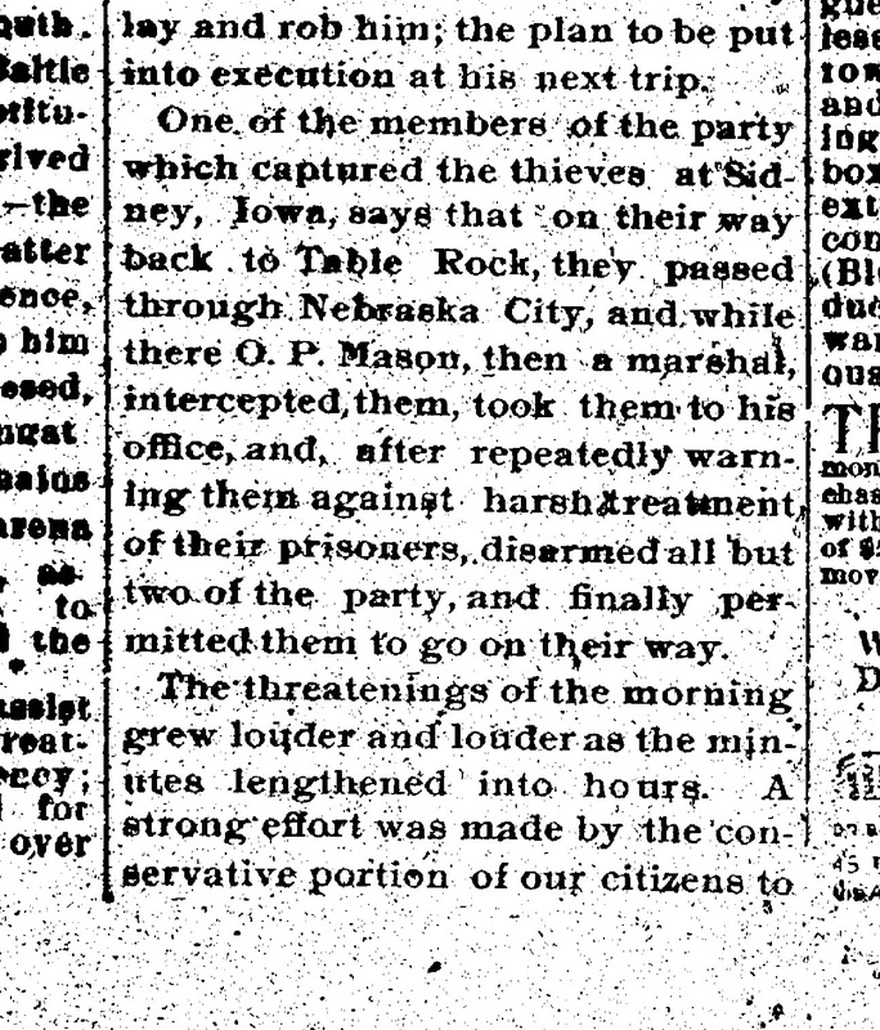 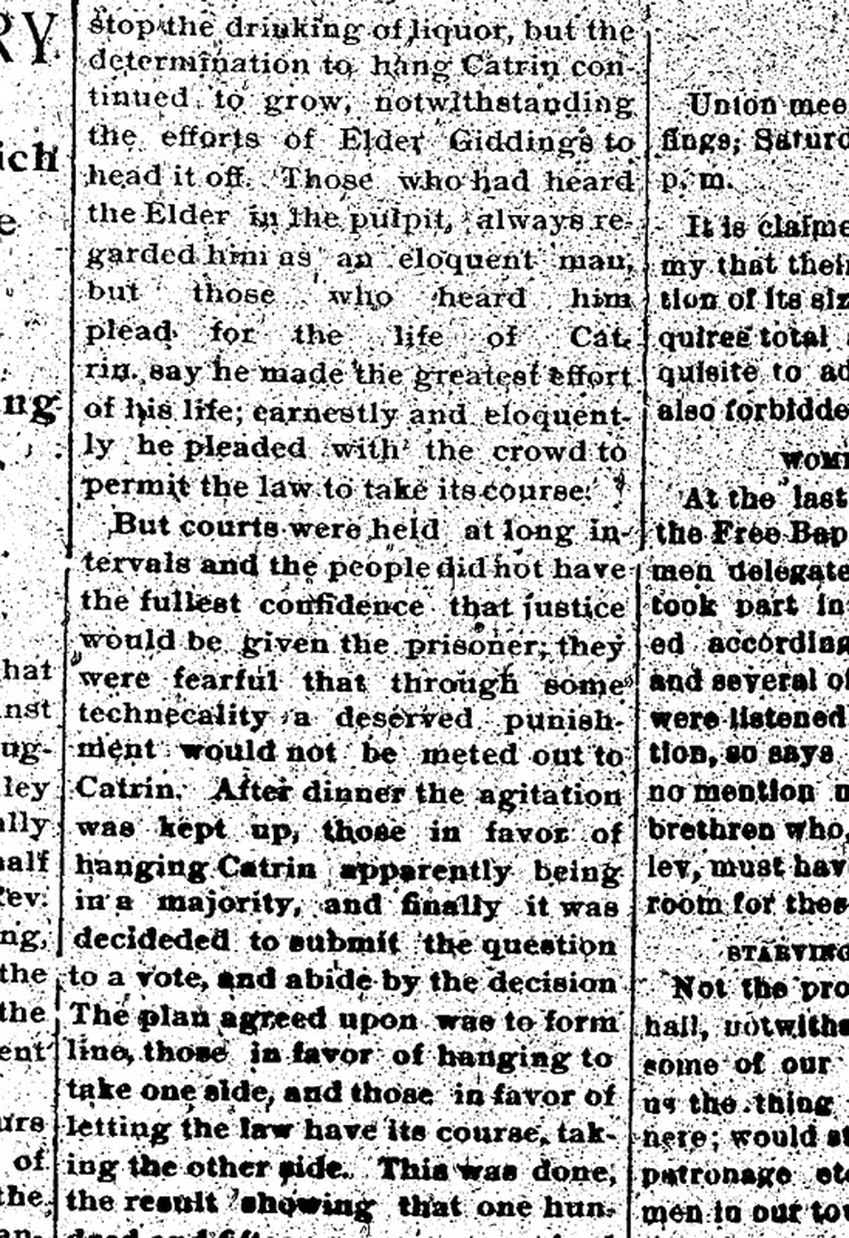 February 24, 1893 -- the last installment, from the scrapbook of Cora Gilbert Kent 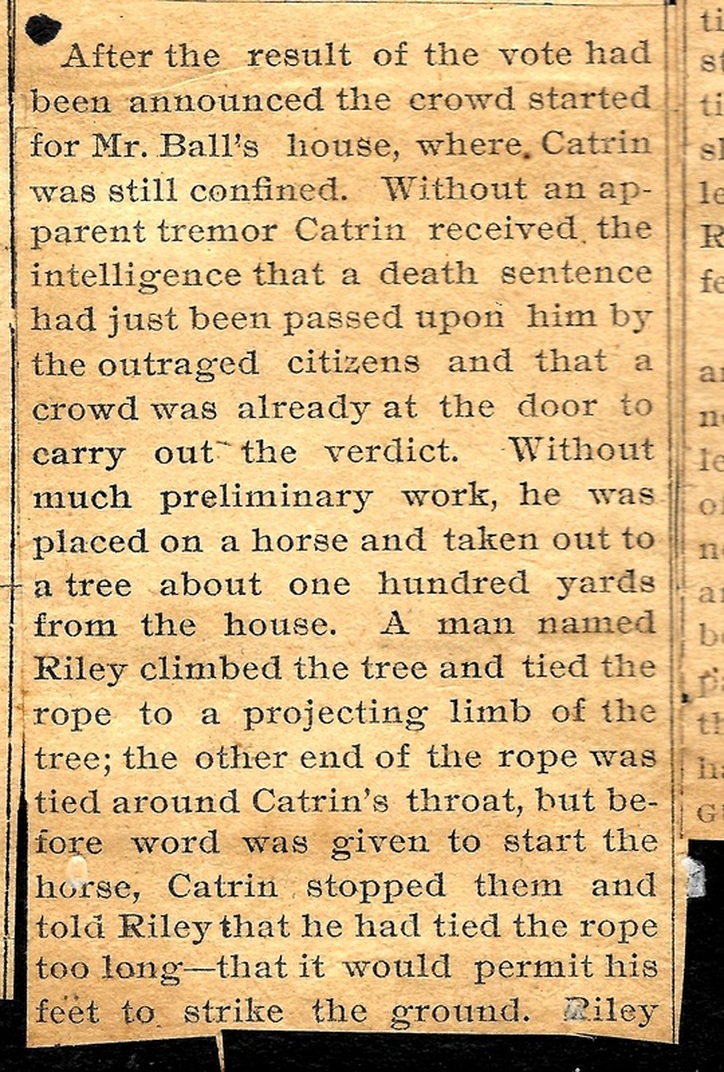 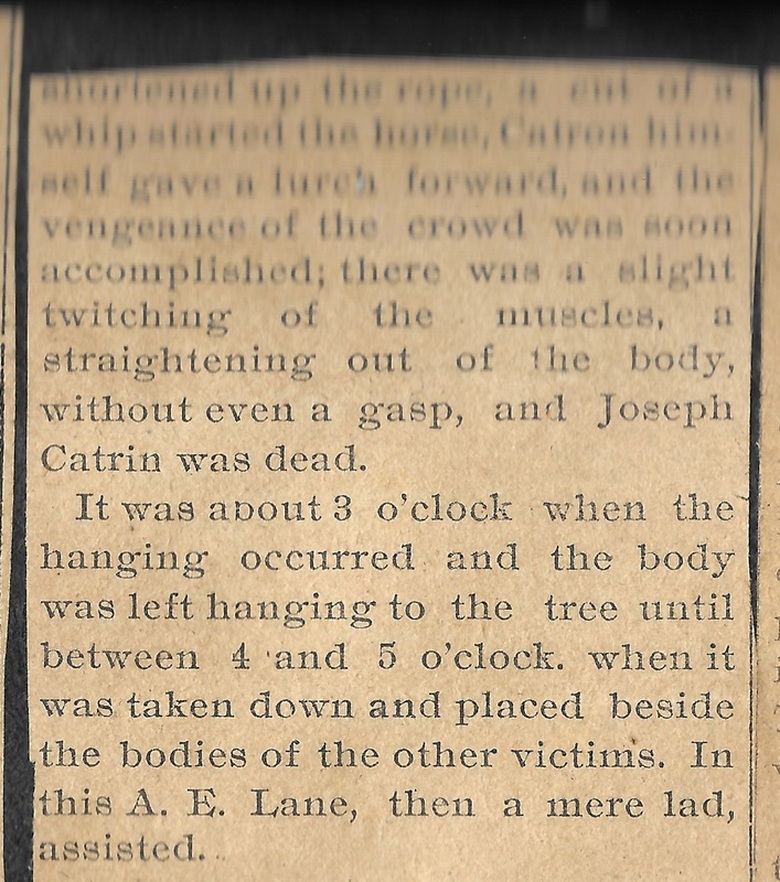 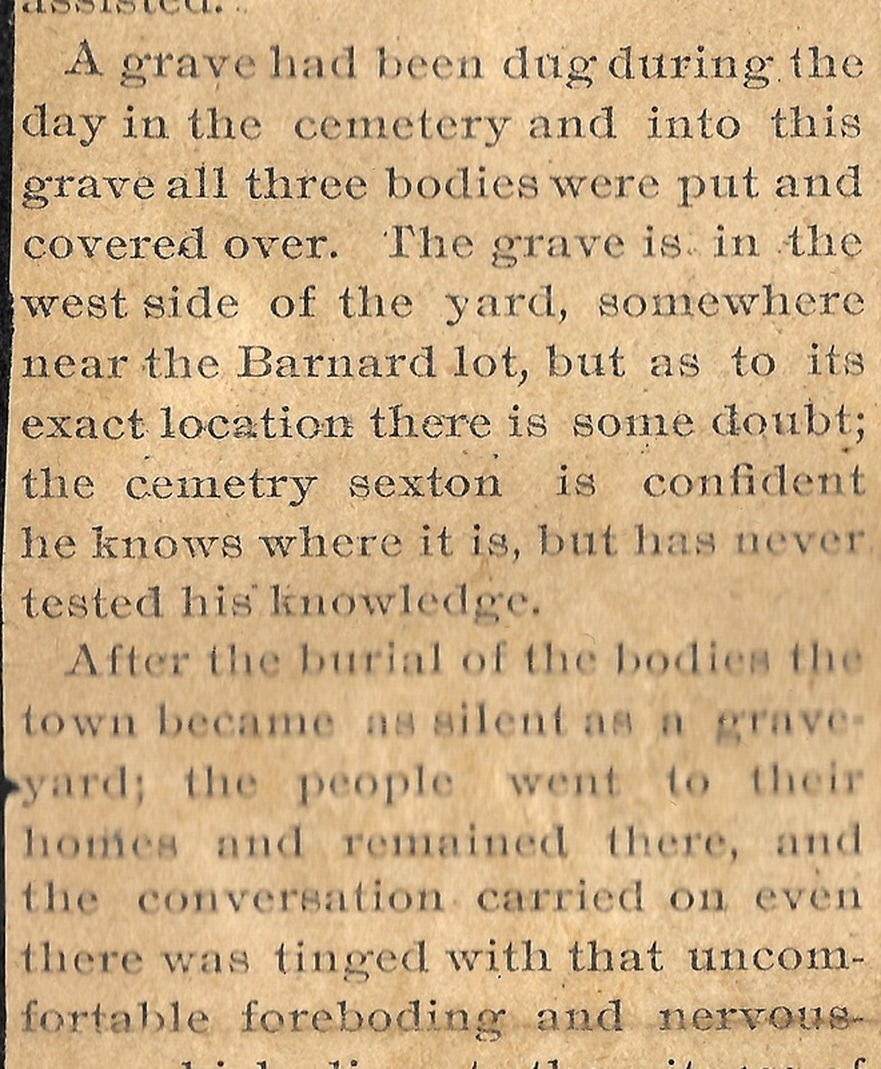 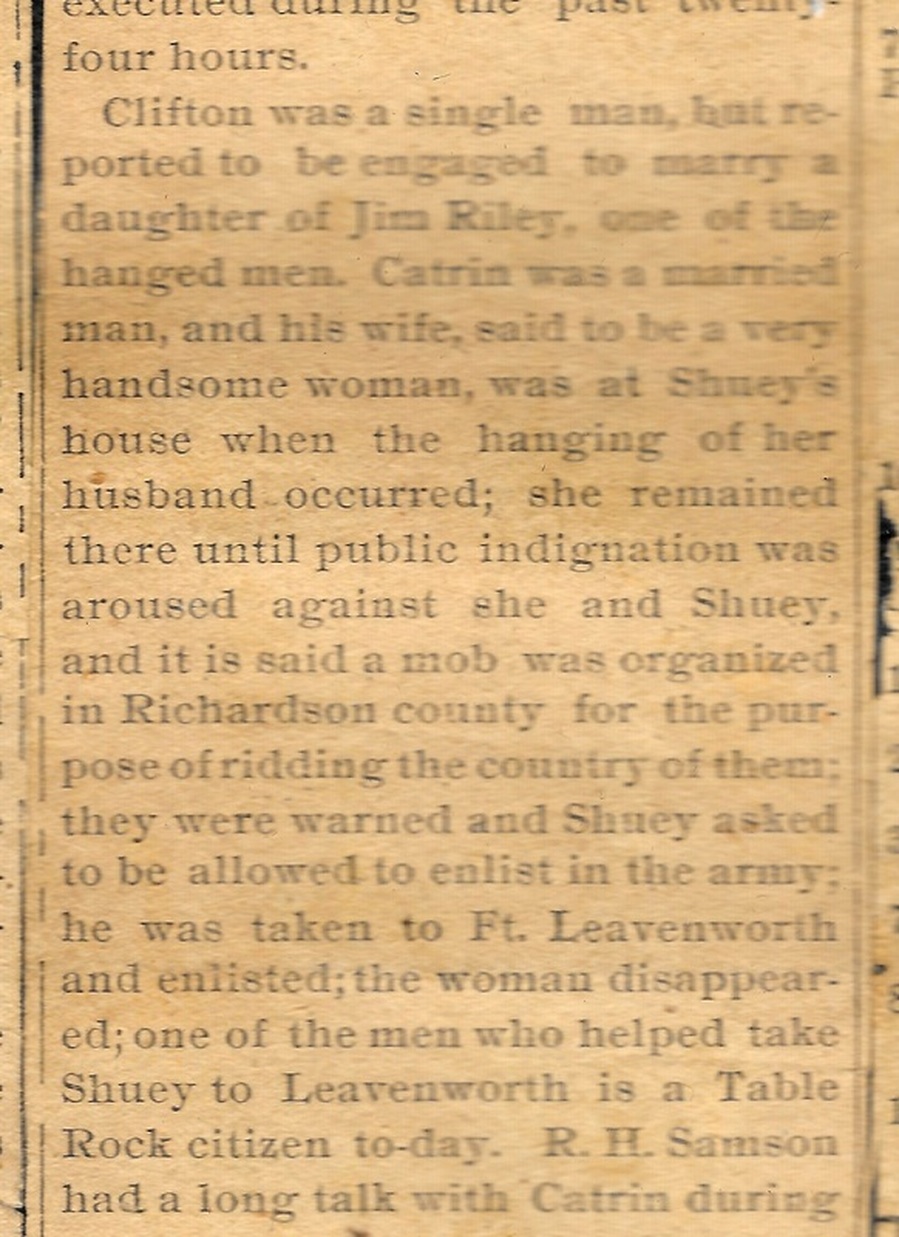 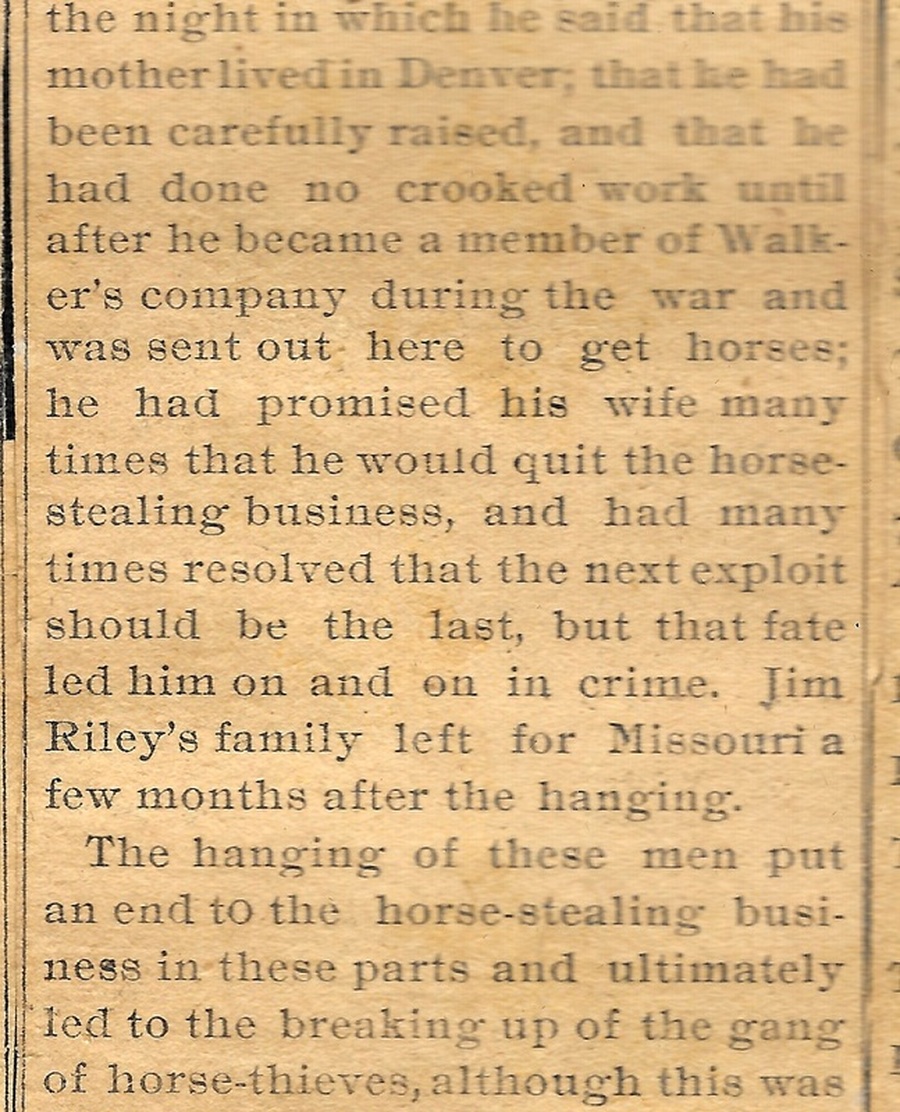 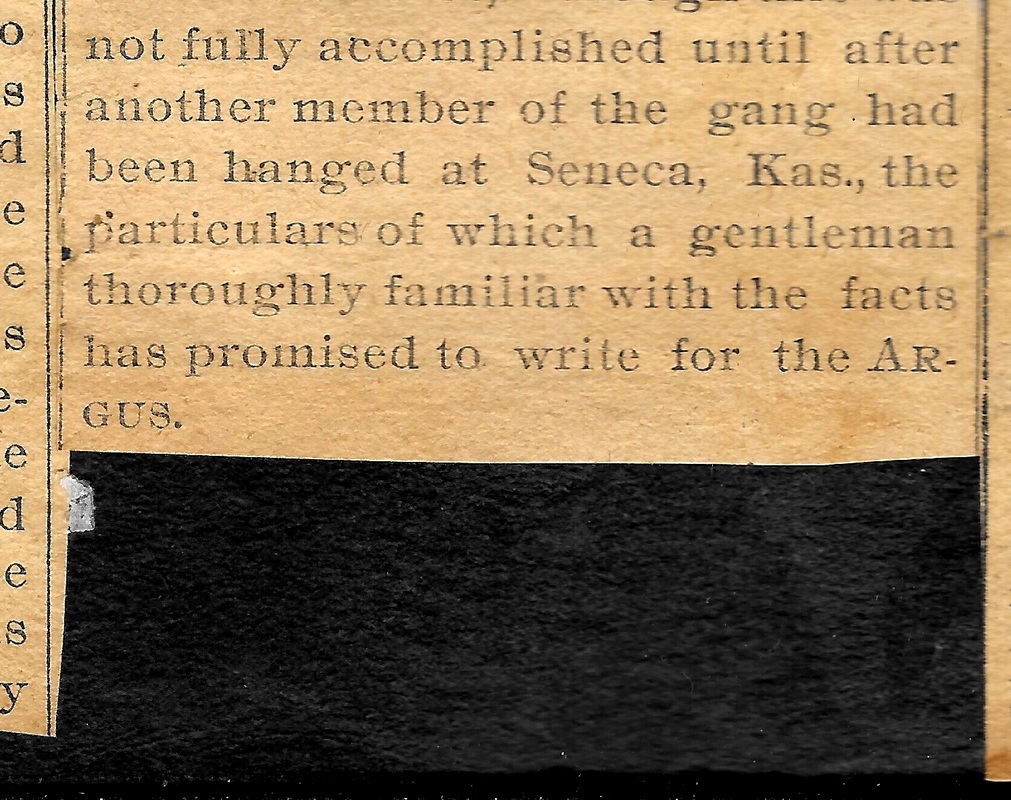 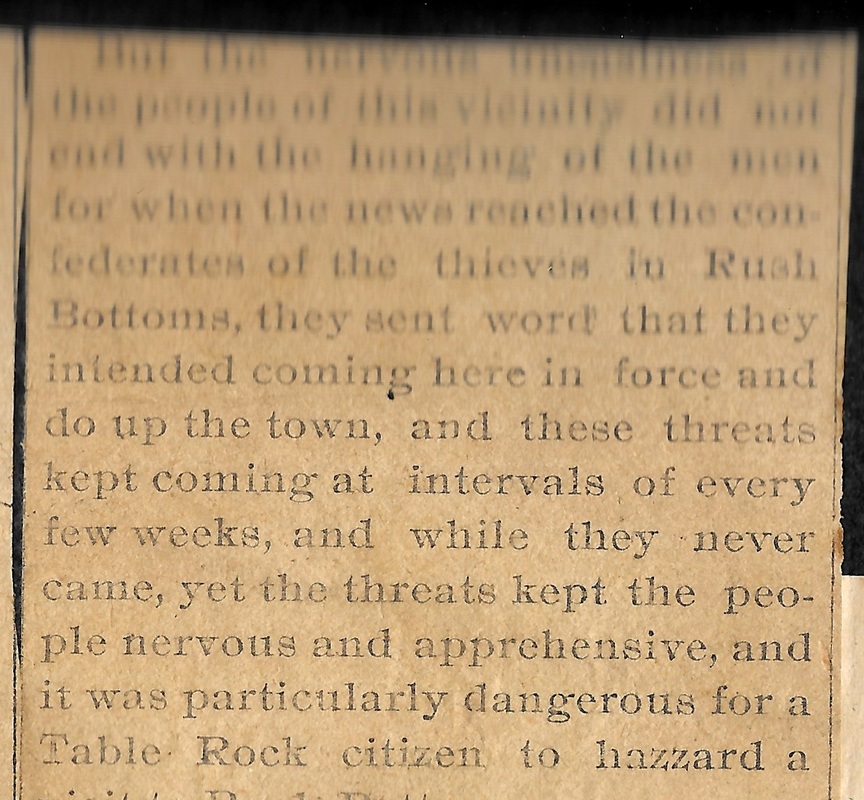 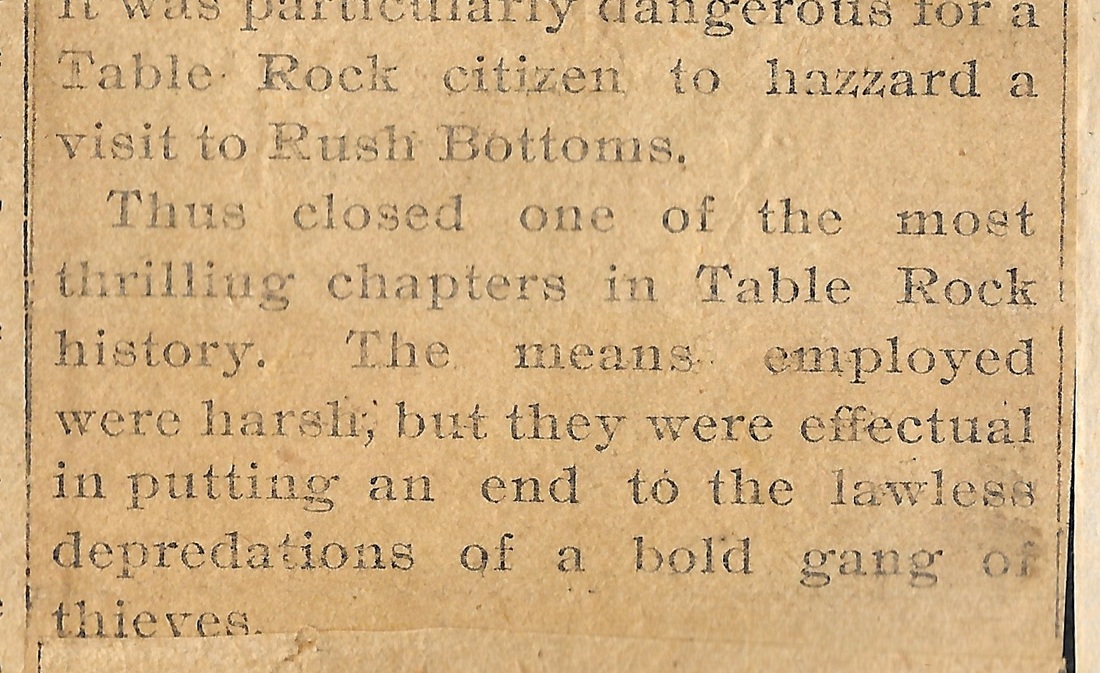