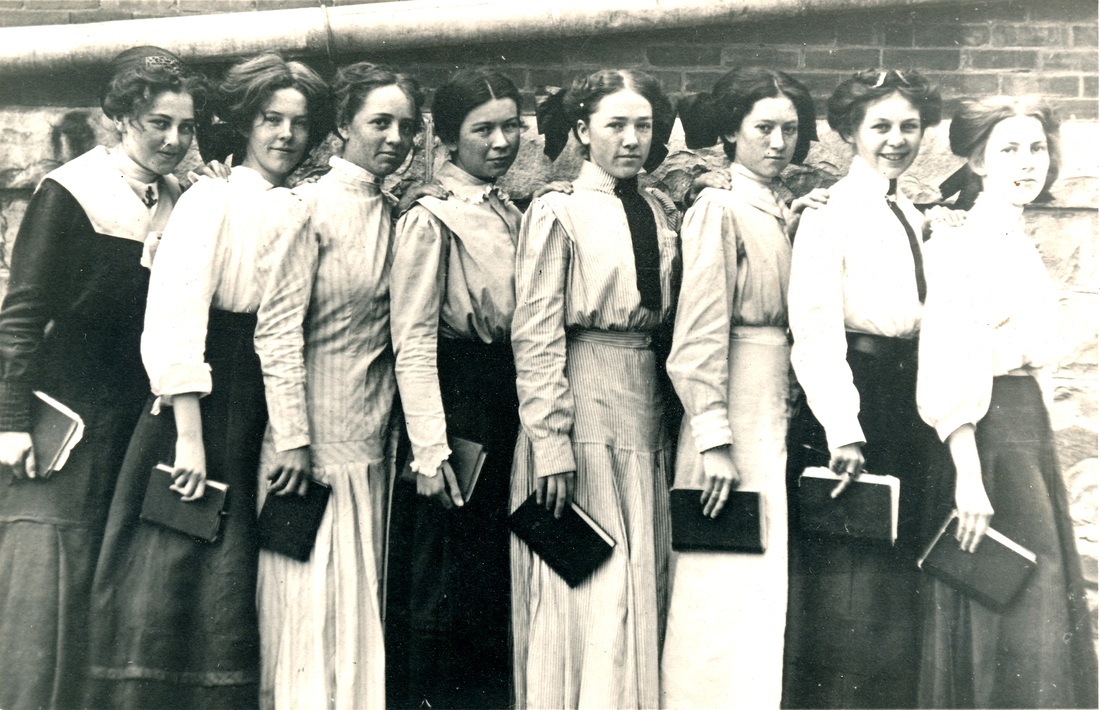 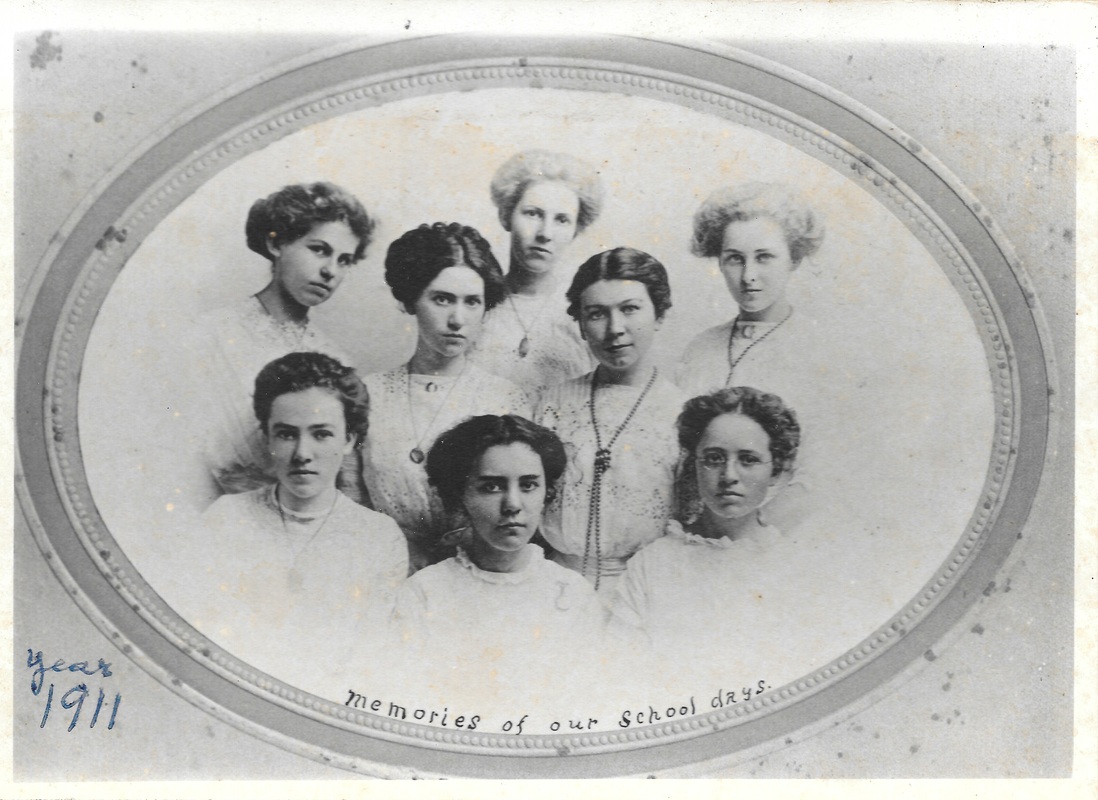 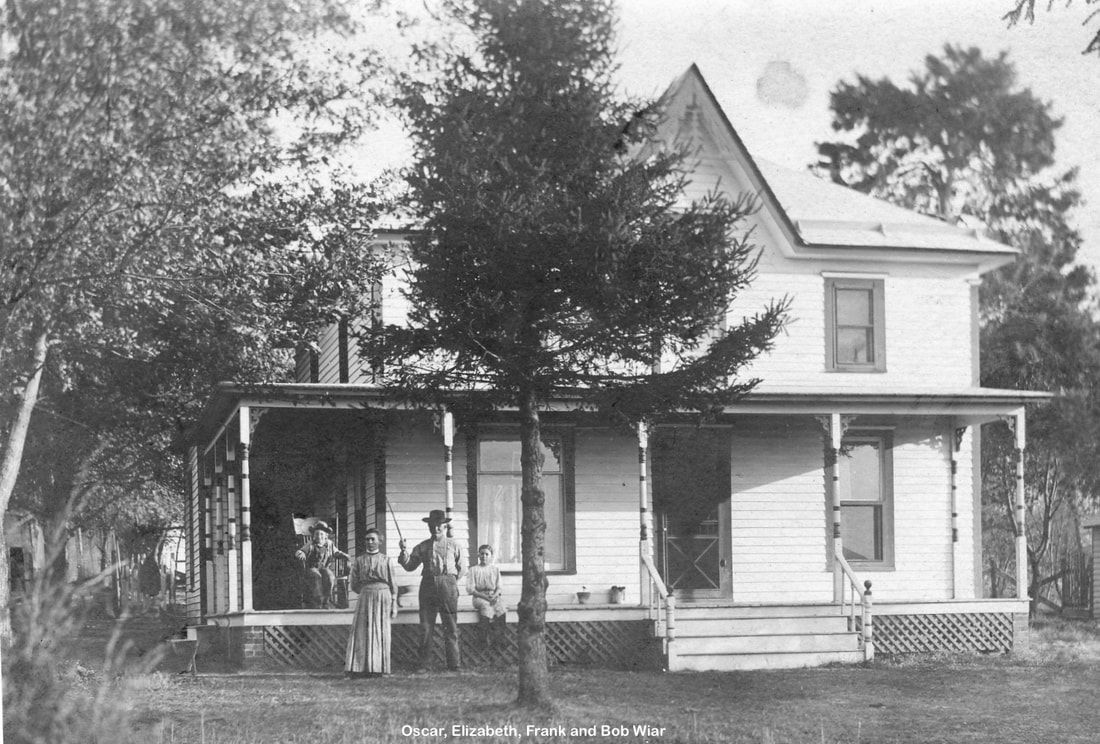 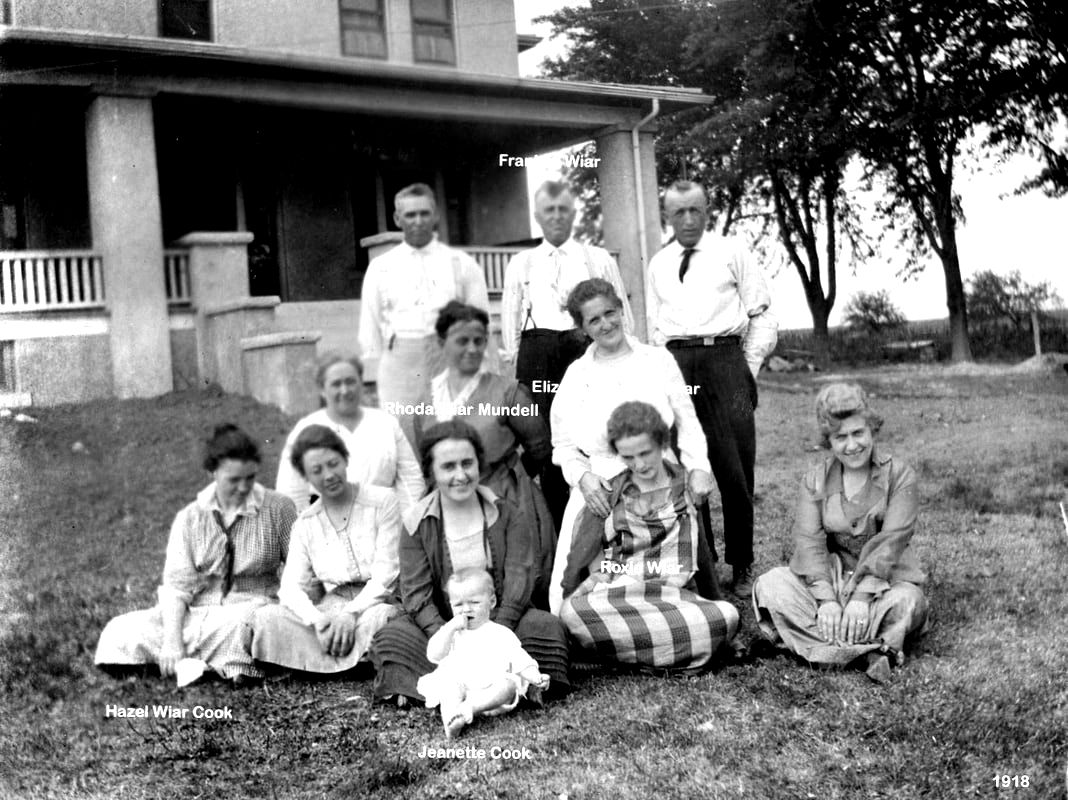 Photo 3512, shared by Dianne Anderson
Dianne Anderson provided two engagement pictures.  One is very traditional.  The other is more modern, of the kind that people in 1970s thought they had invented in the 1970s, with nature as the background.... 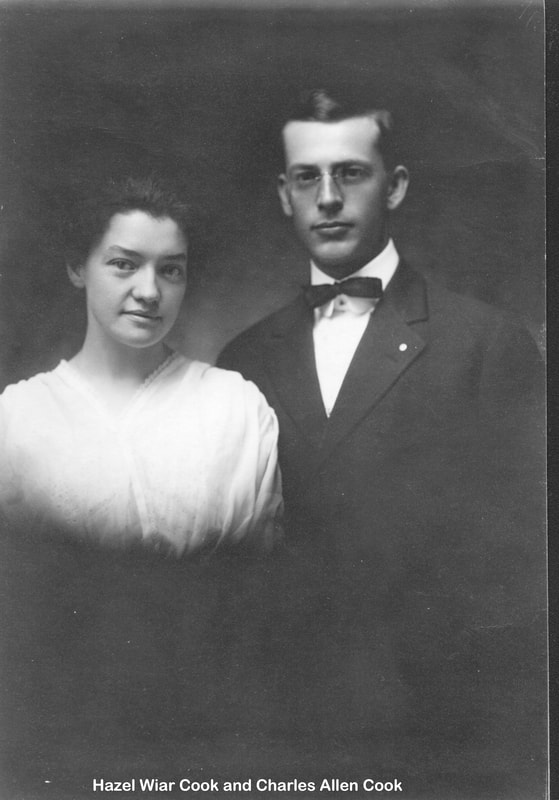 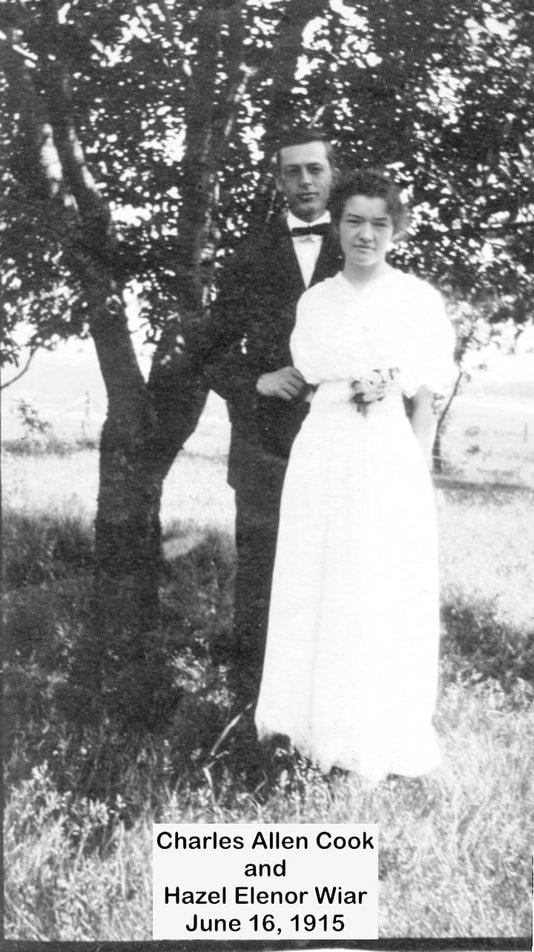 Photo 8054
Nothing in those two pictures prepares you for this glorious post-wedding picture!  The bride standing alone, the groom on a donkey, the Home Guard (WW I was ongoing, and the U.S. would be involved before long), the band members (looks like a cornet, clarinet, & baritone), the definitely-not-white Methodist Church in the background.....  "No wedding bells for me," says one sign; did that young man eventually get married?"  And another sign seems to say "Whole Darn Family," which would make sense for Charles Cook joining the Wiars! 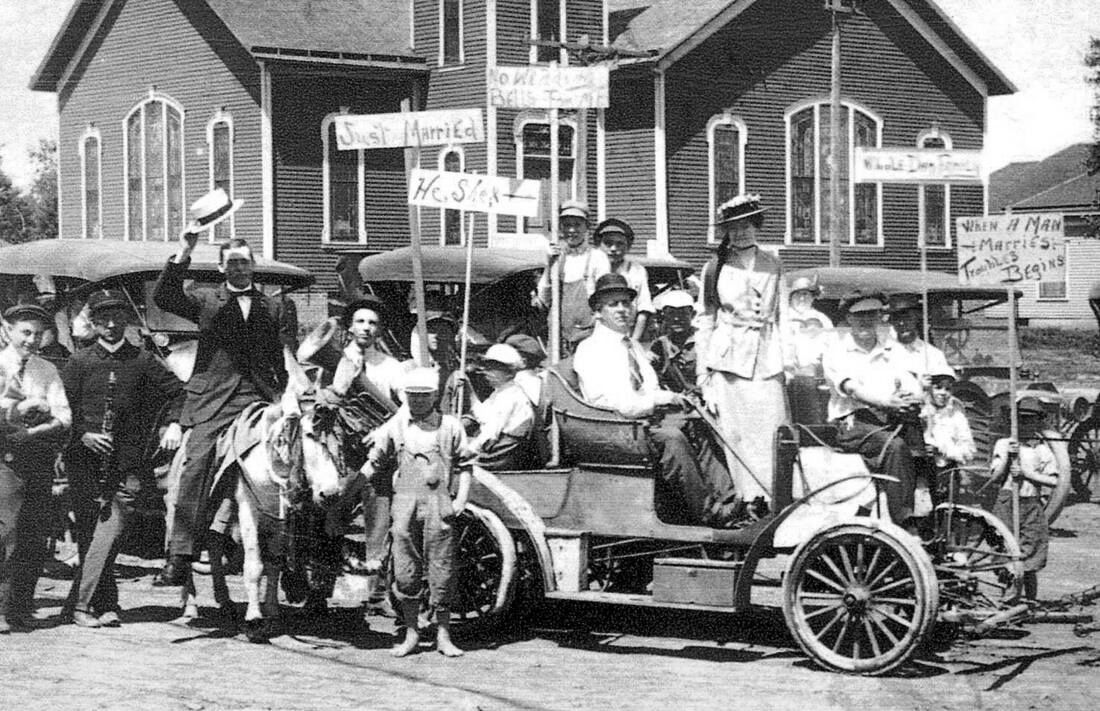 Looks like a chivari for Hazel Wiar and her new husband Charles Cook. That's the groom on the little donkey, by the way. 1916. Shared by Diane Anderson, retouched by Kristin Quevedo 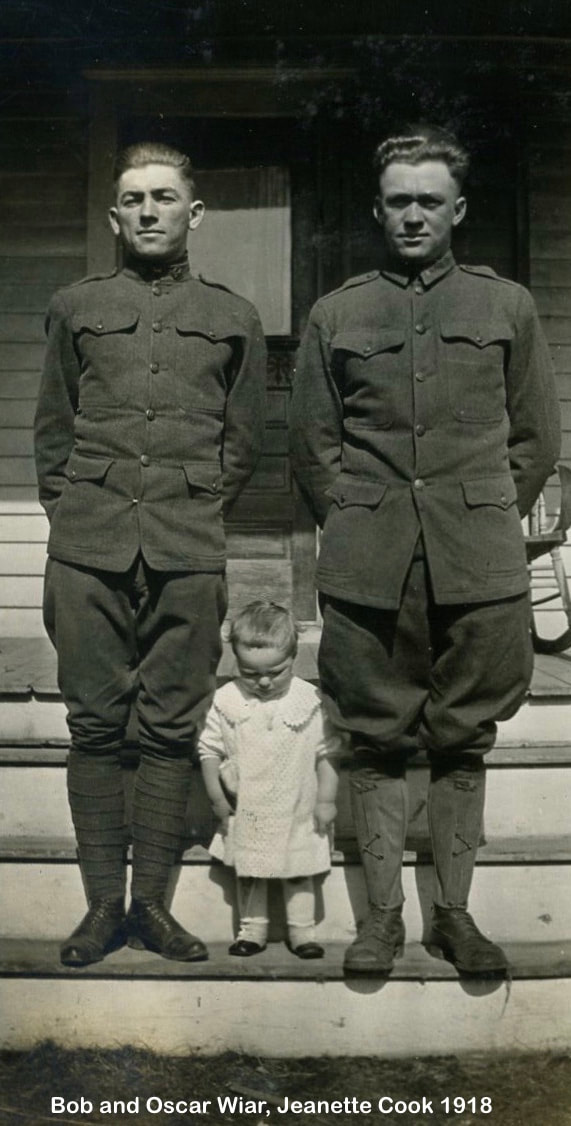 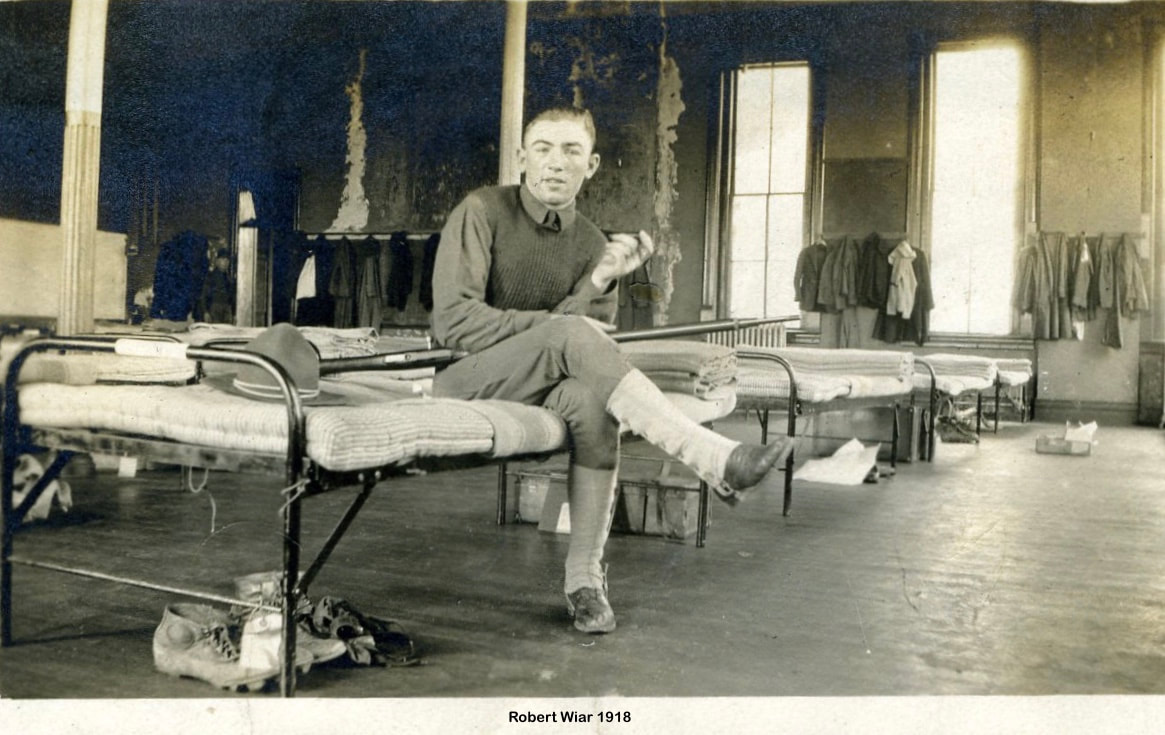 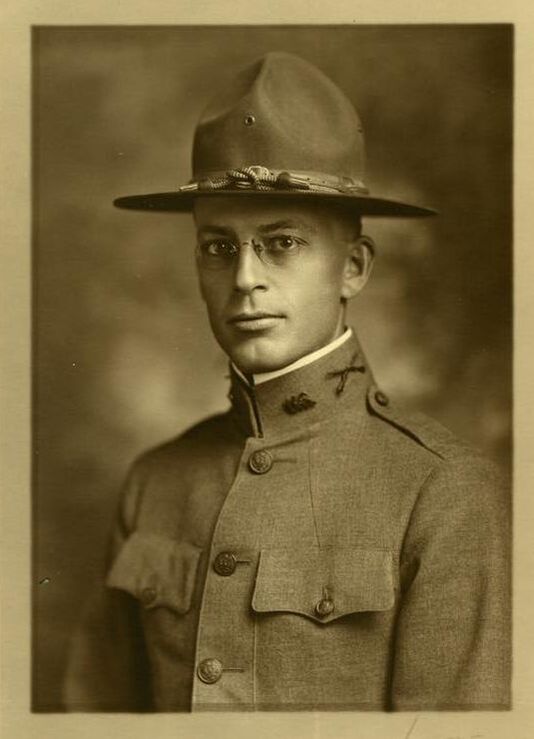 It was not just the Wiar boys who went off to War. Hazel's new husband, Charles Cook, also suited up, leaving Hazel and their toddler Jeanette. Shared by Dianne Anderson. 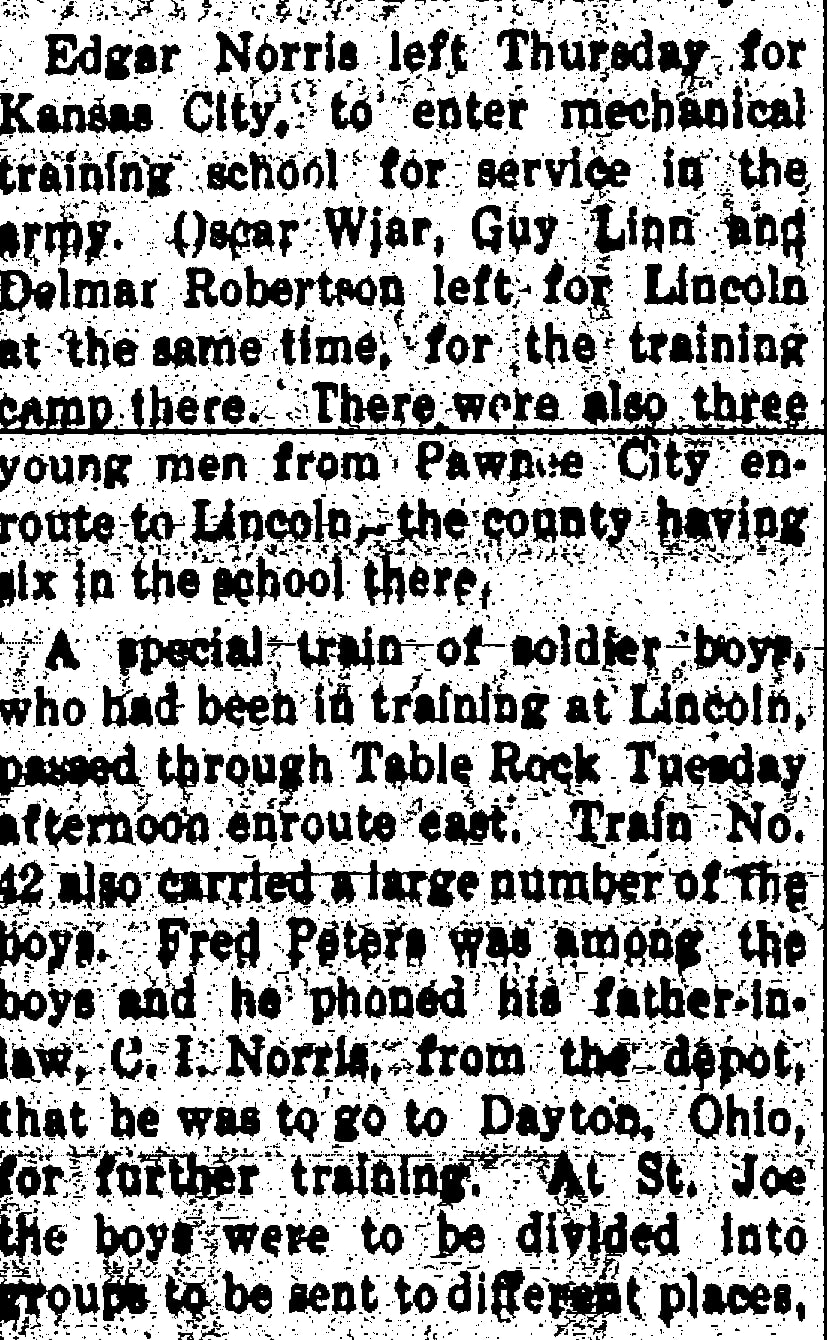 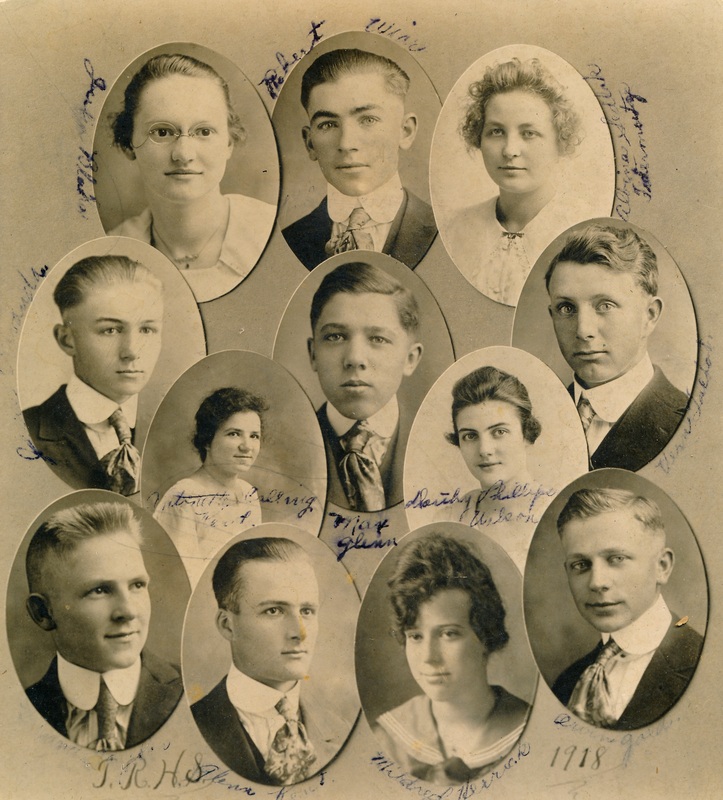 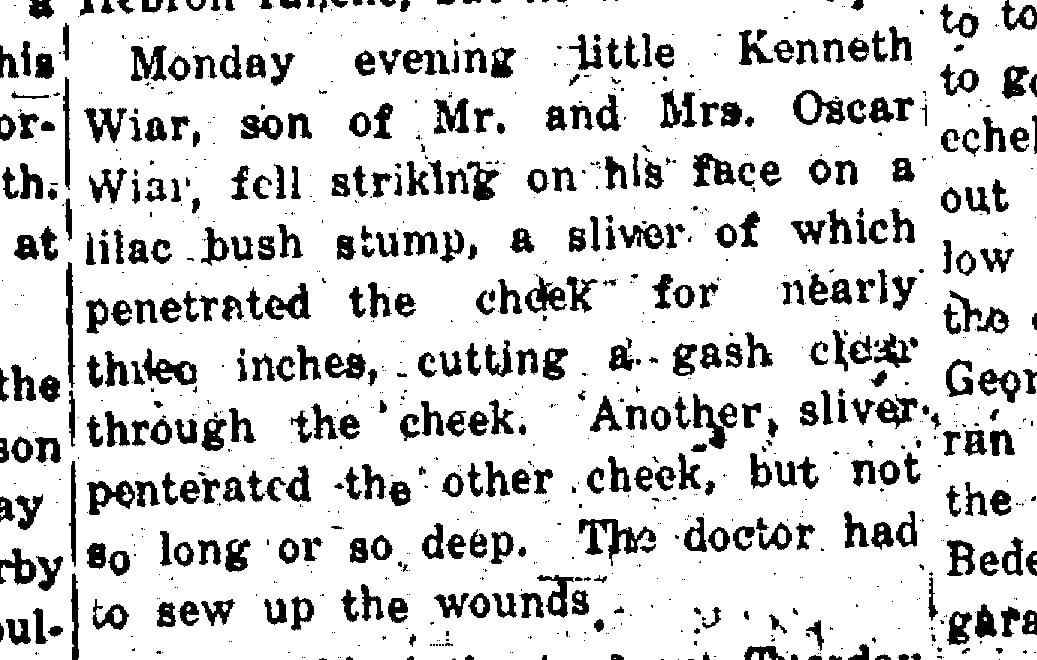 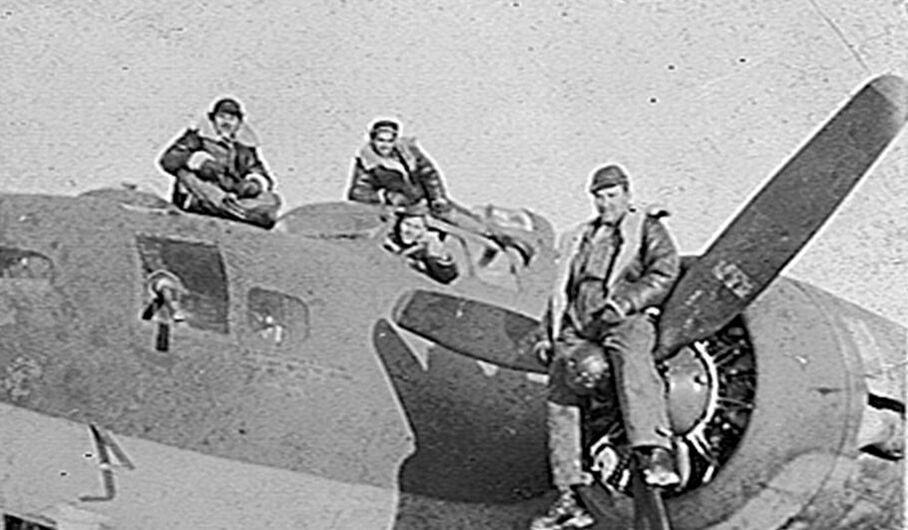 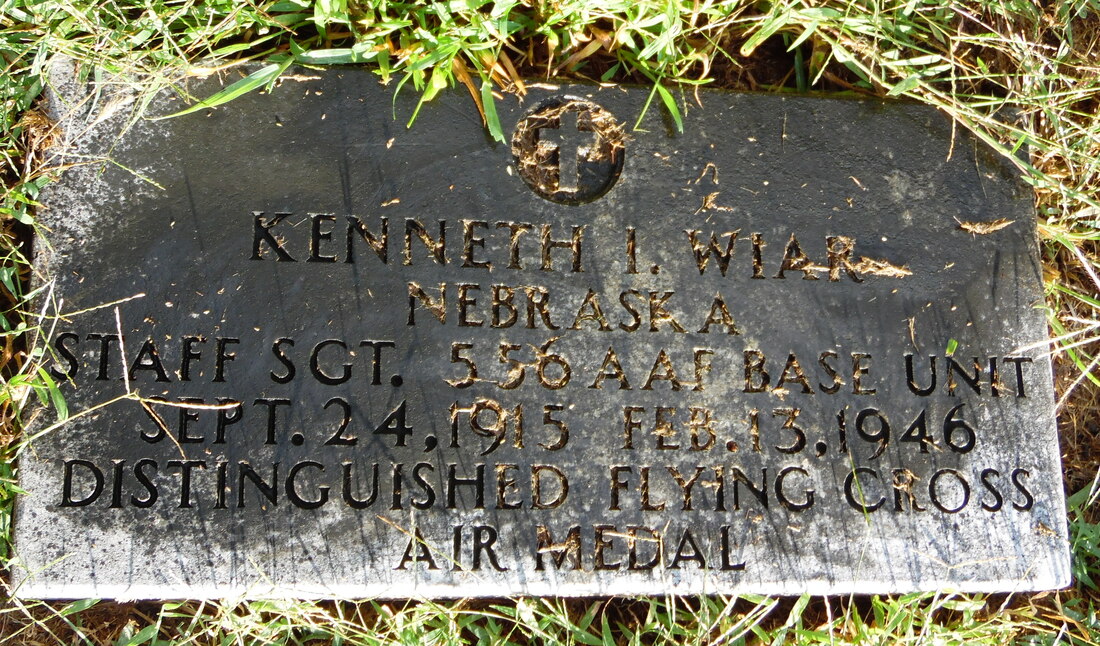 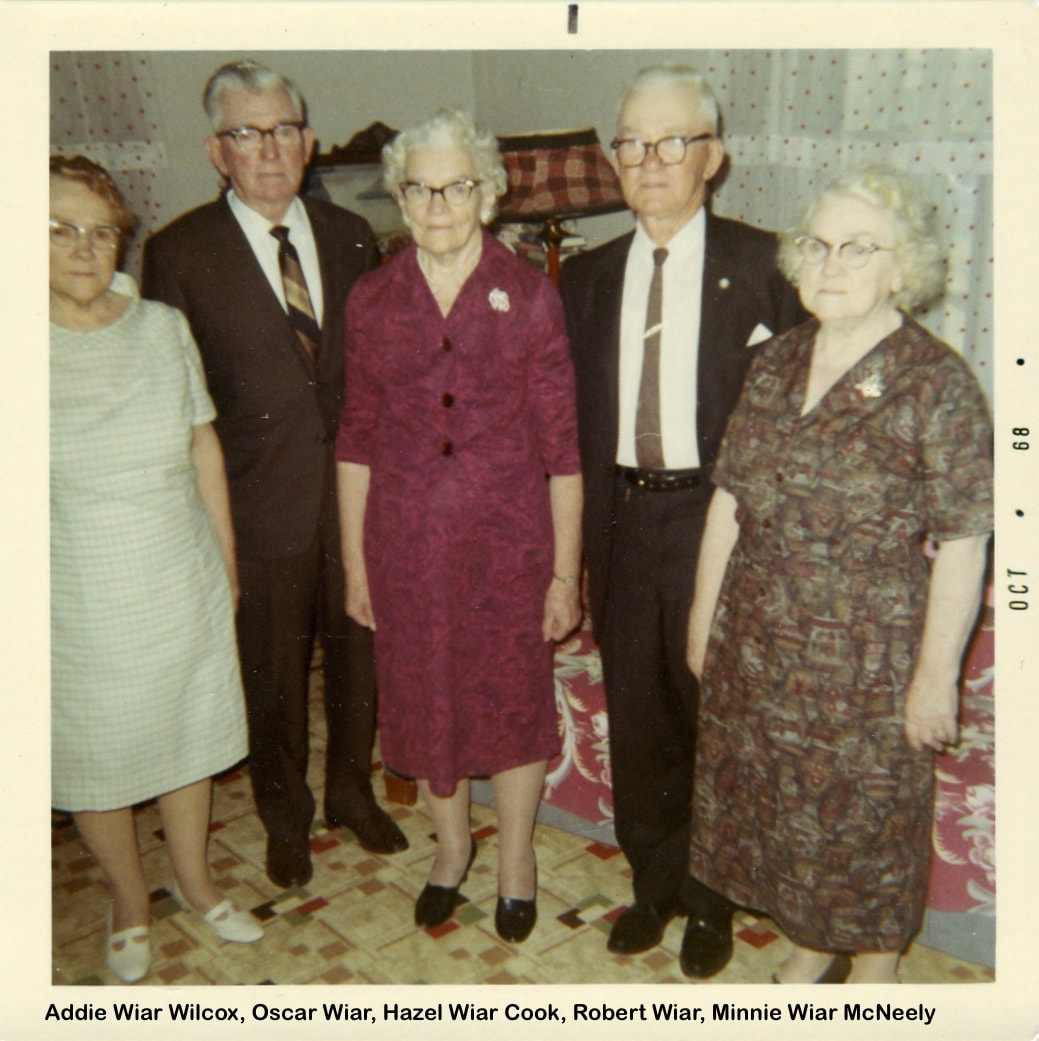 ​see more of addie on the wilcox page!