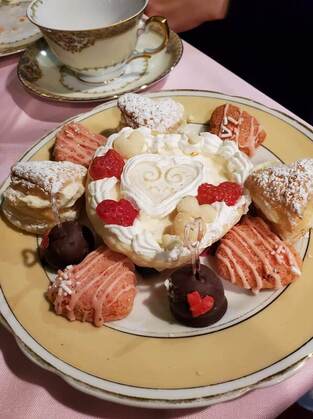 There once was an annual Christmas tea, but they faded over the years.  In 2014, Sherry Sitzman Winkinhofer put on a tea at the Senior Center which was attended about a dozen ladies.  In 2020, she wanted to put on a broader event.  She figured she would need at least a dozen people to attend to make it worth her while.  She ended up serving 44, the absolute maximum that she could handle.

The tea was held on Sunday, February 9, 2020 at the Table Rock Theater.  It was sponsored by the Table Rock Community Club and the Table Rock Historical Society, the later of which furnished a speaker for a program about the big fire 100 years ago, on February 6, 1920.

Those who didn't go wish they had, and those who did go are pretty well ready for another tea.

Sherry conceived the tea as a fundraiser for a new roof for the theater.  It has been leaking for several years, and the latest temporary fix applied will not last for long.  She donated the food.  All in all, the Community Club raised $800 toward the roof.
Getting ready:  Antique china, real silver, fancy table cloths.... 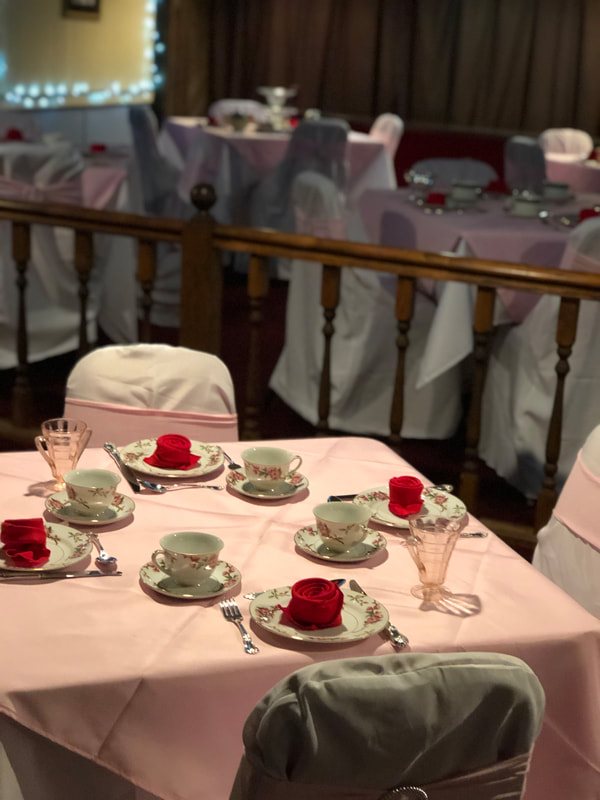 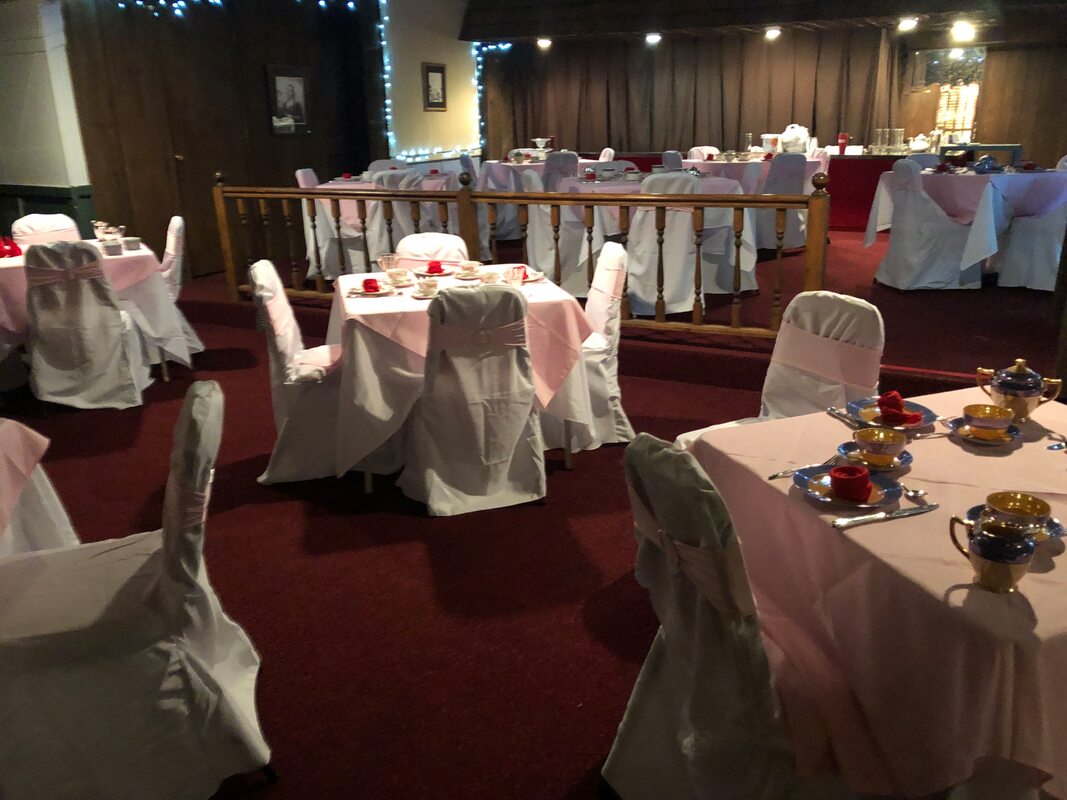 Five able workers made the tea possible.  They helped with everything from bringing the dishes to the theater, to plating it, serving it, and cleaning up.  It was a loooong day for them, and a job well done. Here are Zack Hedden, Colby Hedden,. Ethan Edwards, and Larissa Goings. Not in the picture is Shannon Edwards, Ethan's mom. 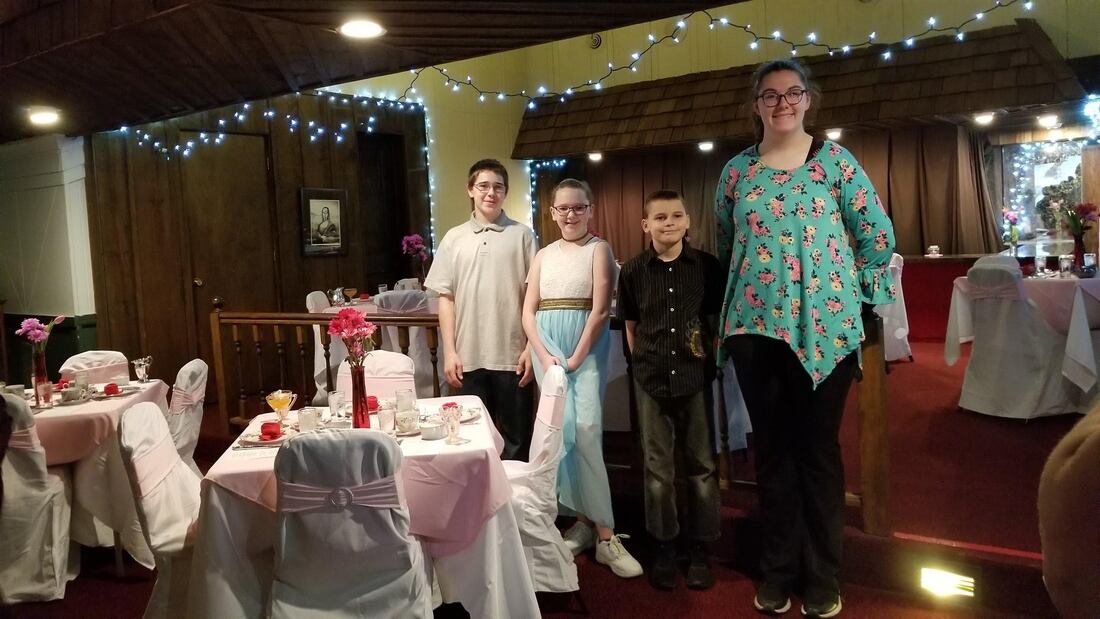 ​a tower of food for each table -- sandwiches on the bottom, scones in the middle, desserts on top.  one three-tiered tower for each table, plus an extra platter for the bonus desserts! 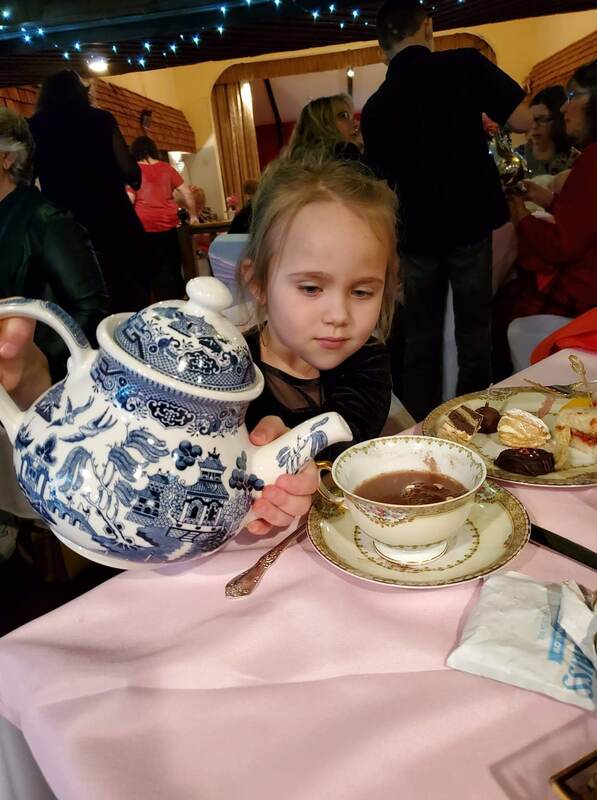 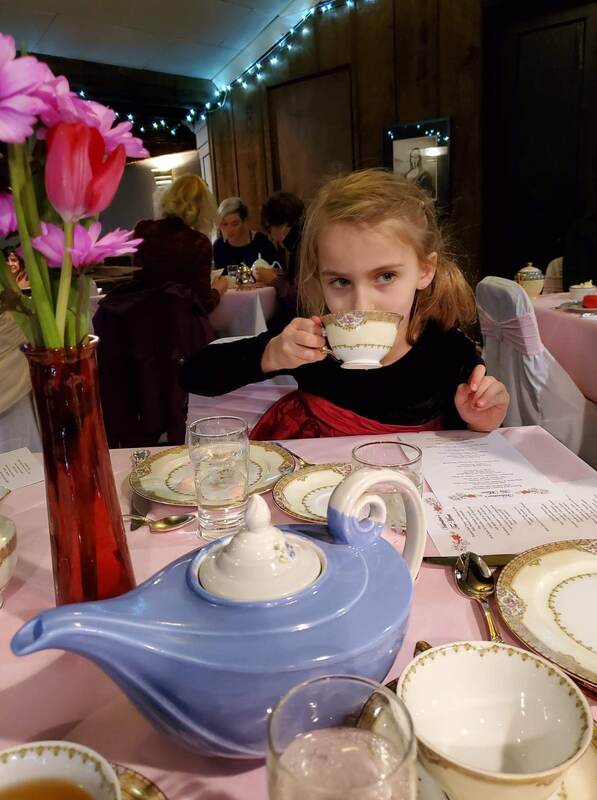 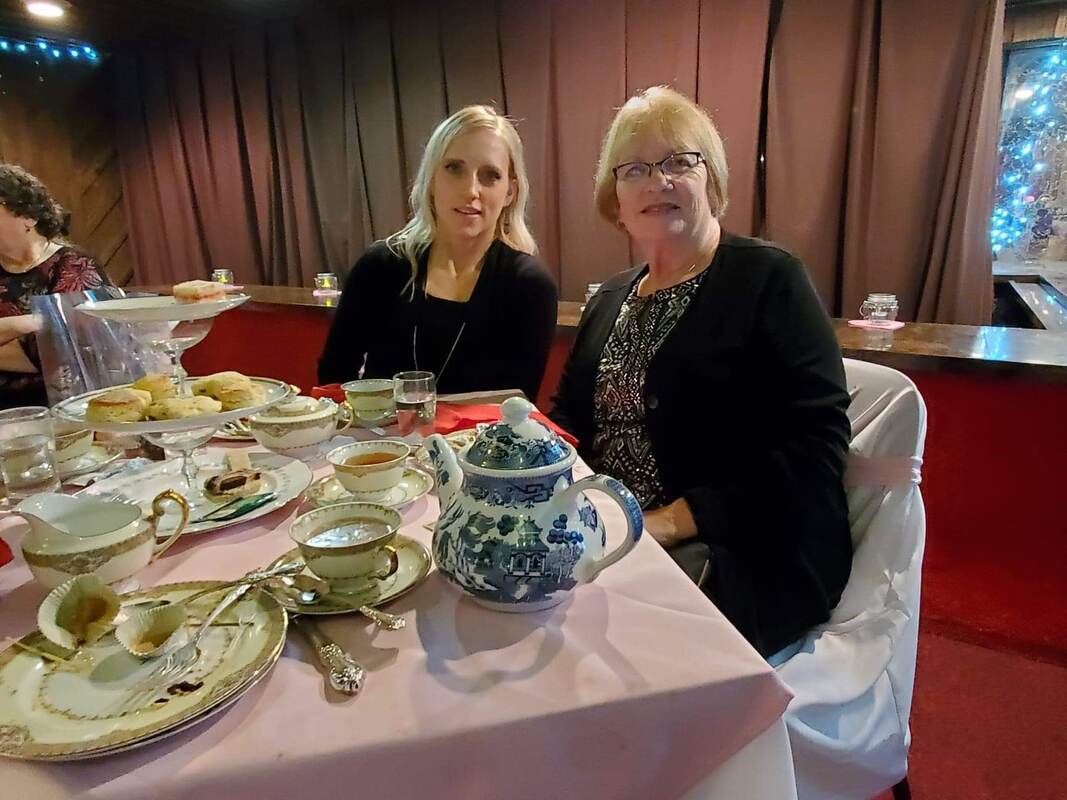 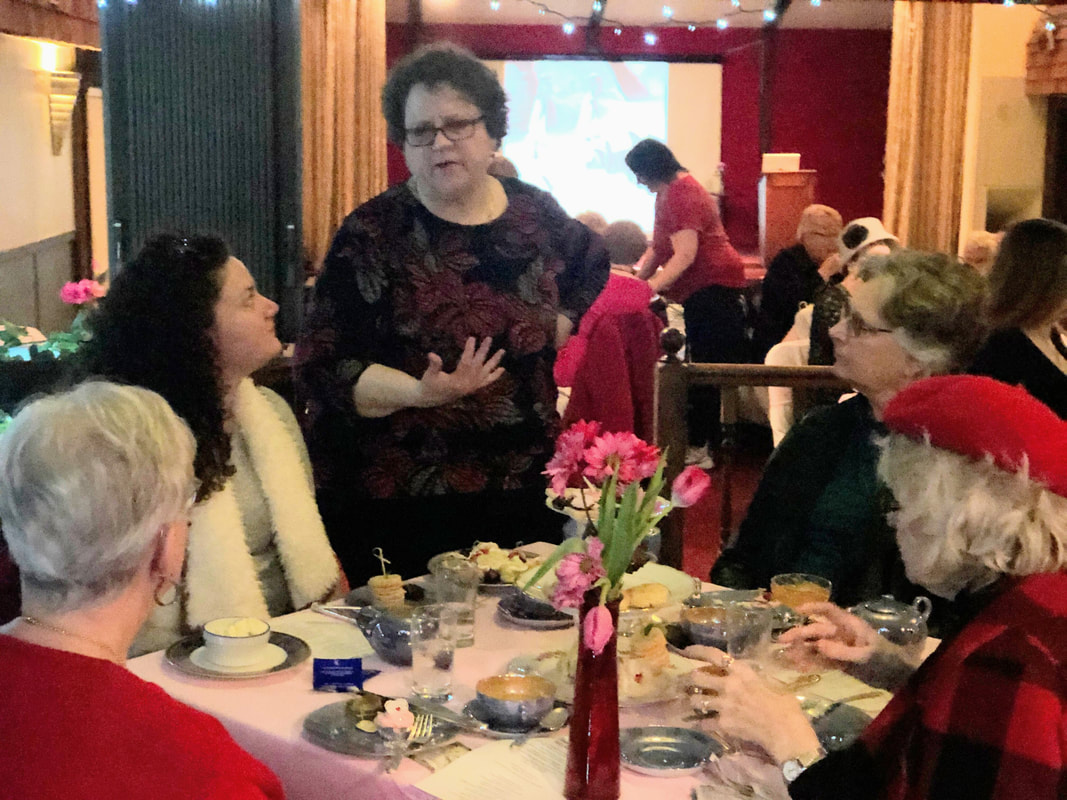 Sherry Winkinhofer, creator of the event and the chef, went around to all the tables, checking on the guests comfort and offering to share recipes 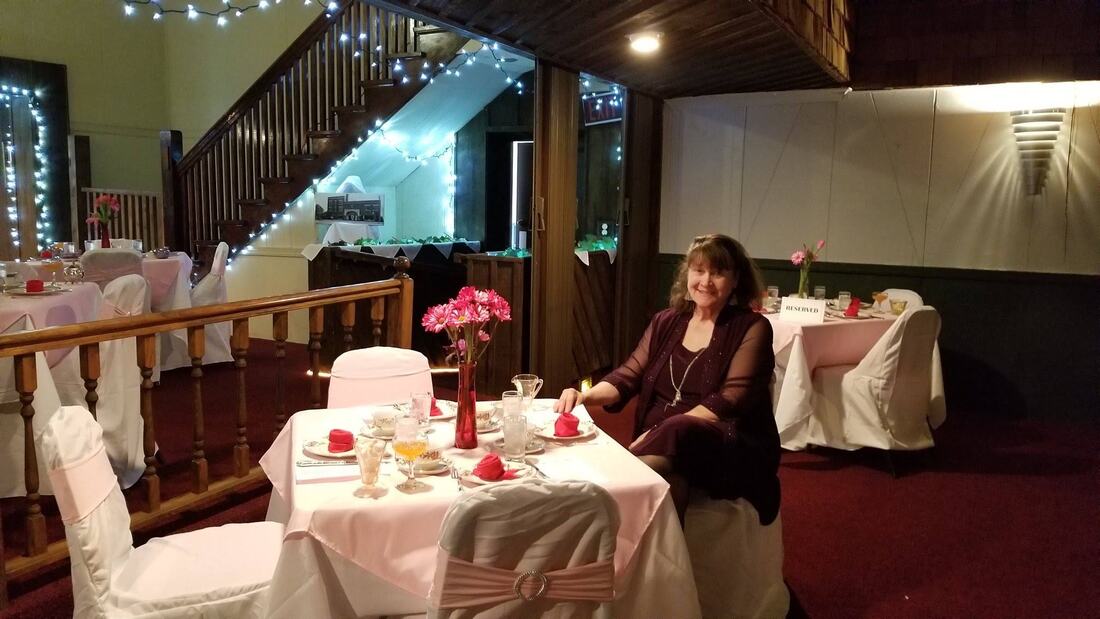 Sharla Sitzman, president of Table Rock Development Corporation, which owns the theater complex, and host of the program about the big fire of 1920. 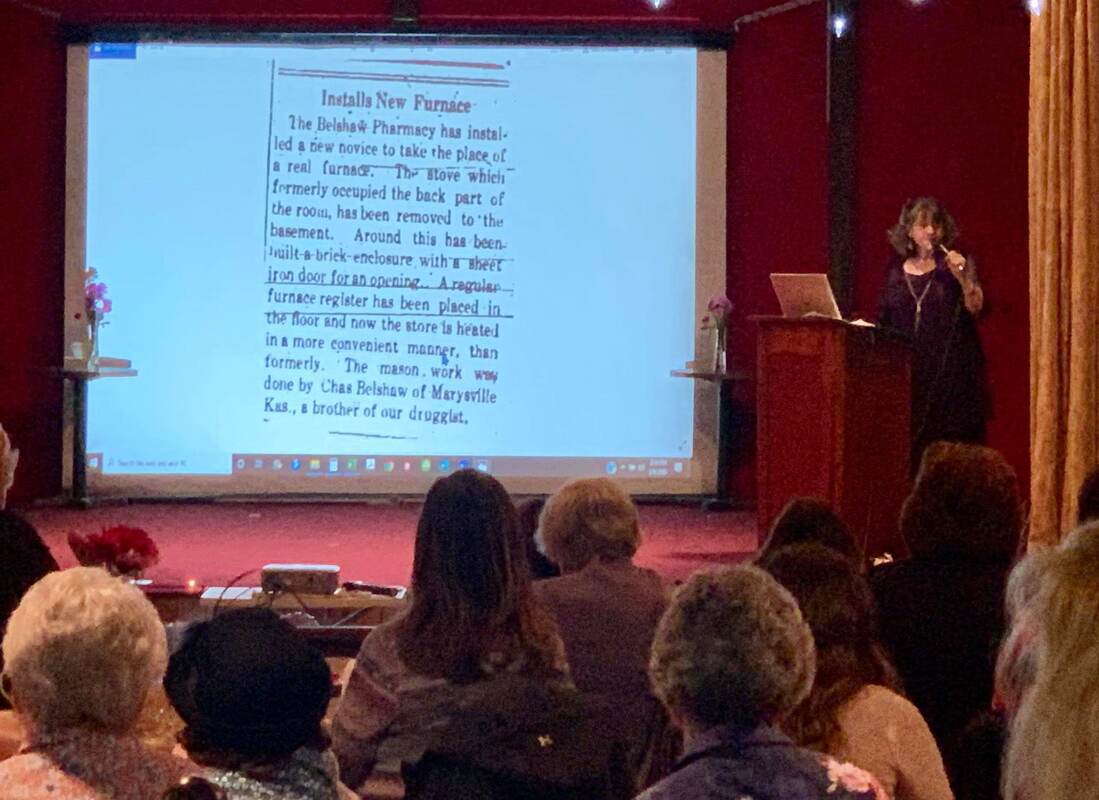 it made the papers! 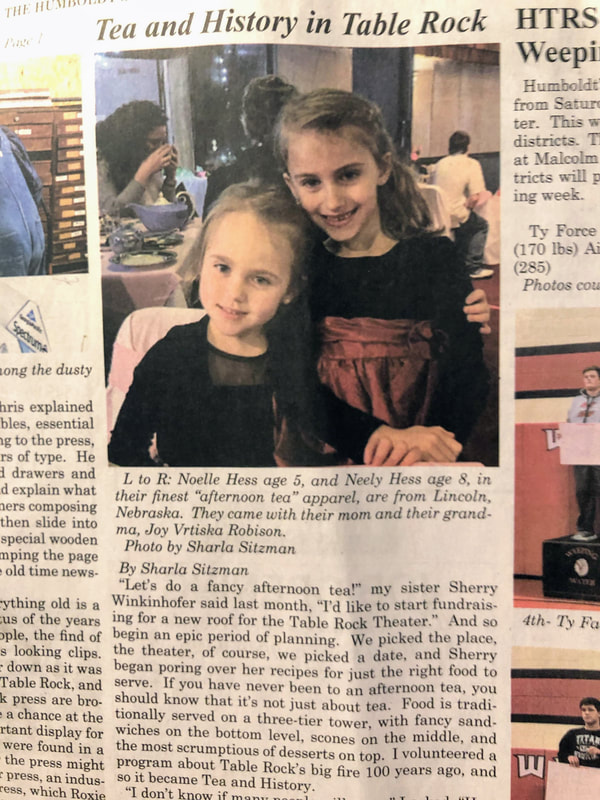 The Humboldt Standard
View My Stats