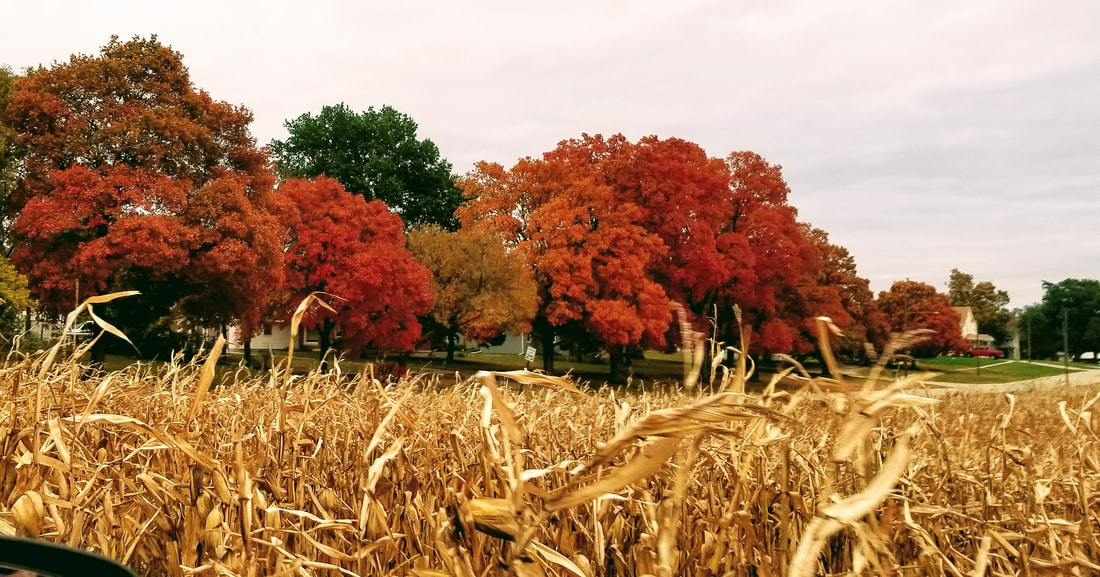 ​In 2019, two articles about the Table Rock Sugar Maple were written.  Here's the first: 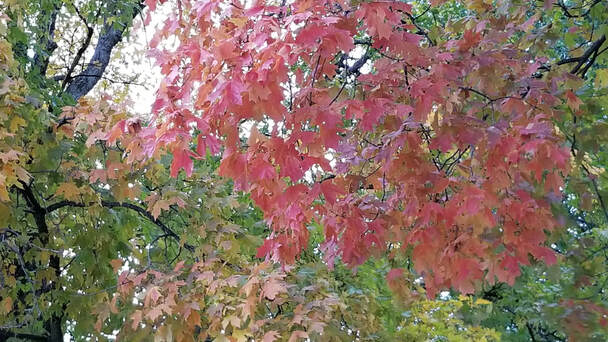 ​AS COLORS CHANGE, LOOK FOR A SPECIAL VARIETY OF SUGAR MAPLE DISCOVERED IN TABLE ROCK

By Sharla Sitzman
You may see the Table Rock sugar maple in its glory this week.  We have had a hard freeze and the weather is to be warm and dry – an Indian summer.

If you look on the internet you will see that the National Forest Service map show there are no sugar maples in Nebraska.  Actually, there are.  In Table Rock.  And in places where the Table Rock sugar maple has been planted.

When I say Table Rock sugar maple, I’m not speaking of maples in general that you find in Table Rock. The Table Rock sugar maple is actually a unique variety that was discovered in Table Rock  by horticulturist Bill Gustafson of the University of Nebraska.  He gathered seeds and took them back to Lincoln and planted them.  They grew well.  What is special about this variety of sugar maple is that, unlike others, it is hardy and drought resistant.   In an article about the Dyck Arboretum of the Plains in Hesston, Kansas, a fellow named Scott Vogt wrote a few years ago that his favorite tree at the arboretum is “the sugar maple called ‘Table Rock,’ which has consistent orange-red fall color.”

How can you tell if a maple tree is a sugar maple?  Look for the color of the leaves – bright red with maybe a little orange. Their bark is grey and rough.  Their leaves grow on the twigs in pairs, one on each side of the twig.  Generally, sugar maple leaves have smooth edges, while other varieties are serrated but one photograph of Table Rock sugar maples that I found shows them with edges more serrated than smooth

Exactly which of our maples are sugar maples I haven’t been able to discover in time for this article.  Fall color is upon us and you will have to look for yourself.  I am waiting for return calls from the University of Nebraska and the Nebraska Forest Service, and perhaps I can update the readers next week.  In the meantime, I believe there is a short row of these trees on Highway 65, on the south side of town, from Houston Street going west.  There is also one at the house catty-corner from old St. John’s Catholic Church in Table Rock, a tree that is a little over 100 years old.  There used to be a number of them on the north side of the cemetery but they are gone, as are two that were in the cemetery itself.

If you want to see some for sure, you can go to UNL to the greenspace west of Selleck Hall on their City campus.  There are four which were moved there in 2015, displaced by campus construction, some of the 20 “unique and historically-significant trees” moved at that time.  At that time, the trees were said to be “fairly resilient and easy to move” but it was expected to take about five years before they re-established their roots and started growing again.

It is too bad that more of our Table Rock sugar maples have not survived because sugar maples, unlike the other varieties, can have an exceptionally long life.  Varieties cared for by our earliest pioneers might well still be alive today.  How do you tell how old one is?  Measure the circumference 54” from the ground, divide by 3.14 and multiple by 5.5.  That’s the formula for sugar maples.  The factor is 5 for other maples. 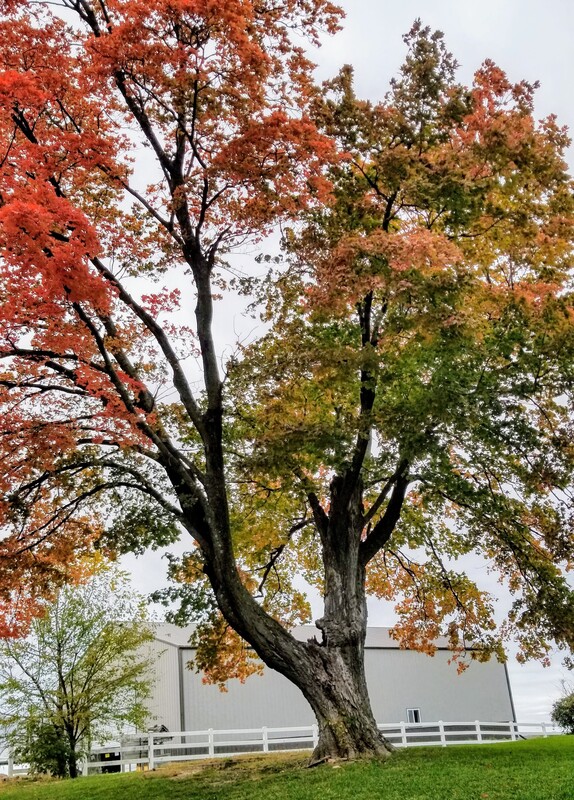 Photo 8527, sugar maple on the lot where Addie Wilcox's home once was. Her trees are the best known of what were probably the original local sugar maples.
More About the Table Rock Sugar Maple

Now I have talked with Laurence Ballard at the University of Nebraska – Lincoln.  Ballard is a horticulturist; he studied horticulture in Australia, moved here and got a degree at UNL.  He has been the Nursery Supervisor for UNL Landscape Services since 1998.

There is more to the story, and Ballard tells it.

The story starts with a UNL horticulture professor named Bill Gustafson.  Ballard was a horticulture student who took classes from Gustafson. Gustafson went around looking for interesting plants.  One thing he was looking for was a sugar maple that could adapt to urban conditions.  Sugar maples are known to be finicky in general.  For example, they don’t like it too dry, and they don’t like compacted or wet soil. But it is a desirable tree because of the Fall color.
Gustafson knew there were many sugar maples in Table Rock and he knew that Table Rock’s soil was optimal for sugar maples.  It’s a rocky “shallow” soil.  Ballard said that Gustafson figured that if a sugar maple could do well in Table Rock, it could handle life in the city, including extended dry conditions.

Gustafson decided to see if his hypothesis was correct. He came to Table Rock.  He didn’t want to impinge on private property, so he went to our Square.  There were two main sugar maples in the Square, one on the east side and one on the west and he harvested seeds from each.  The trees had adapted well in Table Rock, but would the properties that made that so “come through” in the seed? It’s not always the case.  But these maples grown from seeds exhibited all of the desirable properties that made their parents trees so successful here.

Gustafson took the seeds he collected and planted them on campus. Ultimately he had a big line of trees and they were doing well.  Gustafson talked with Ballard about 20 years ago.   Ballard had been one of his students.  “I have these great trees,” he said.  Ballard was in charge of the University landscaping by then, and decided to plant them around campus.  “What shall we call them,” he asked, and the two decided to refer to them as Table Rock sugar maples.  So they did.  Ballard says, “It’s not an official ‘cultivar’ name.  But we didn’t want to call them just sugar maples, “acer saccharum.” He says, “If it’s in Table Rock and it’s a sugar maple, we think it came from the same seed source.  So they are all Table Rock sugar maples!”  You  can know you have one only if you have seed collected from a sugar maple in Table Rock. Those are the trees that someone planted many years ago and which have adapted to tougher local conditions than sugar maples elsewhere can tolerate.

Anyway, in about 2003, Ballard moved about 15 of the trees around campus.  They haven’t all survived time but the problem is not so much their hardiness as construction.  About 7 remain of the original 15.  In 2014, five mature trees were endangered by construction and moved to a location south of Kaufman Hall and north of City Campus Union.  Four of those are left and doing well, which is a good record for trees so big that have been moved.  There are also two by the visitors center that survive.

There are other Table Rock sugar maples around the campus besides the original group.  Ballard has traveled to Table Rock himself to collect seeds, and grown them, so there are quite a few around campus now.

What does a sugar maple look like?  Take a look at the Canadian flag.  That’s a sugar maple leaf. If you look at a reference guide, you’ll read that the leaves are dark green in  summer, with a lighter green on the underside. In Fall, their leaves turn brilliant red or orange or even yellow, depending on the weather conditions. There are five lobes (three large and two very small) with sharp teeth and, unlike most other maples around, have shallow U-shaped notches between the lobes  The leaves grow on the twigs at a 90 degree angle in sets of two.  The bark of mature trees is dark brown with deep valleys between plates of bark, some of which lift at the edges.
Do you want your own Table Rock sugar maple?  It’s hard to find a real one commercially.  Ballard says that the Nebraska Statewide Arboretum sometimes has them.

The question then is how you can grow them.  You can’t transplant saplings or graft them. You have to plant seeds, which come flanked between two little helicopter wings.

Here’s how. Get seed off the tree; once it is on the ground it is not in good shape for growth.  Don’t strip the seed from its “propellers.” In addition, the seeds need a “cold treatment,” like many deciduous trees that grow in climates with cold winters.  They need that cold period to break out of dormancy.  Scientists call the process of exposing the seed pods to cold  “stratification,” but really, it’s just getting exposed to the cold in any way.  According to one online source, you lay the seeds in shallow soil in a container and cover with a very thin layer of dirt, lay a piece of glass over it, and put it out for the winter. According to Ballard, you can just put them in a refrigerator for a few months and accomplish the same thing. 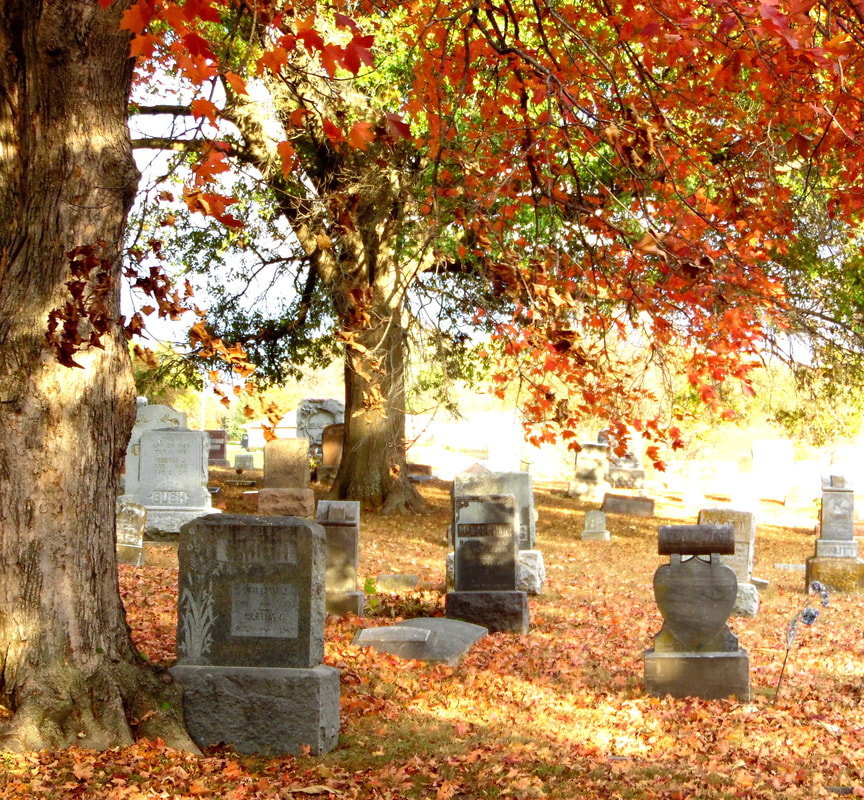 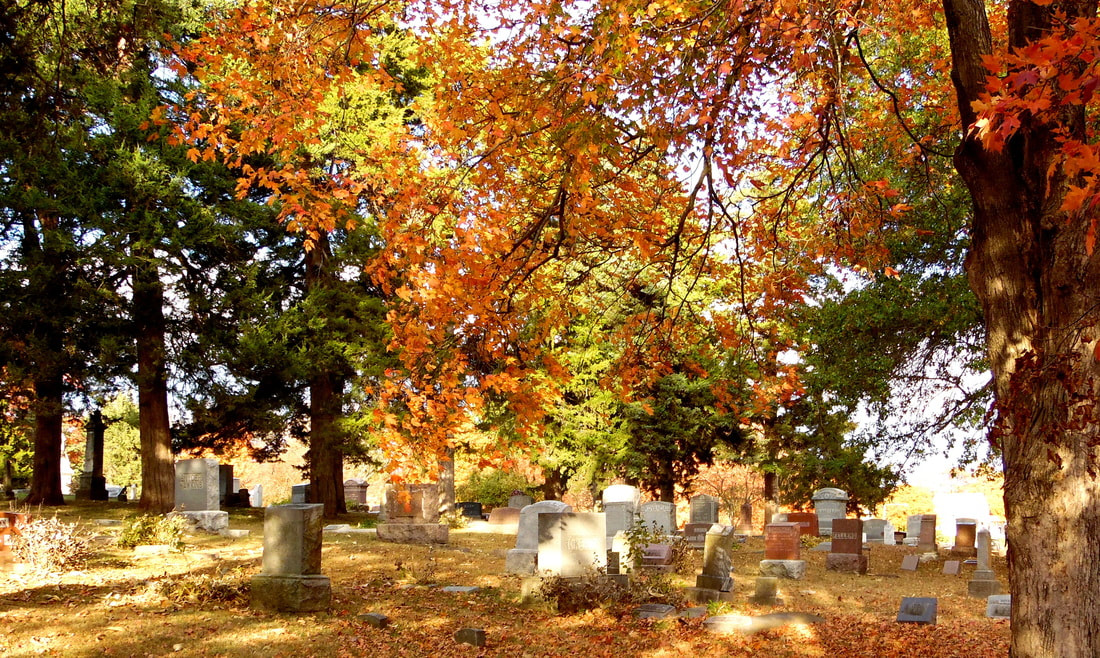 efforts to spread them around! 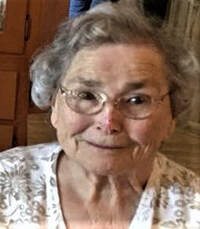 Minnie and her husband Willard live on the lot just east of the lot where Addie Wilcox's home once was.  Addie's maples are the ones that have been prized for many many years.  Minnie says that she got her trees from Addie's lot and they have grown large over the years.  And she and her friends have taken saplings that have sprung up and transplanted them here and there, including one on the west side of the Square.  She tries to let the saplings grow, although they do get to be a bother!  But they are so beautiful!

Sharla, I have been reading your articles about the Table Rock maple trees. I believe I mentioned to you once about a couple of men came to my place on Grand Ave in Table Rock to pick up maple seeds from my driveway. They were either from the University or the Nebraska state arboretum.

The reason I am contacting you now is because of your last article concerning the University transplanting maples. I furnished many maples from my own little nursery at my place in Table Rock. I had a little flower bed on the NE corner of my house, south of the driveway where maples seeds would sprout. I saved many of these small sprouts and let them grow to 3 or 4 feet tall and then let local people come, dig them up and transplant them at their place.

In fact, I transplanted one that is now SE of the driveway, between the street and the sidewalk. The old tree there died. The state arboretum people said the roots became strangled and killed the tree. I transplanted one of my own trees there and as you can see, it is now a nice maple tree.

There were five maple trees on my lot when I bought the house in 1966. The huge one north of the driveway was always my favorite and had the most colorful leaves.

I took care of them by deep watering them during dry spells and having the interior limbs pruned so the sun could shine into the interior. I even drilled holes into the trunks to put in iron pellets when the leaves showed sign of iron deficiency.

I am not sure how those trees on my property started but was told they were transplanted from the trees near and east of the cemetery. Not sure who would have done that. There were several owners of the property in the 1940s and 1950s before I bought it in 1966.

​Thanks for your articles about the Table Rock maples.

a few of the table rock sugar maples, fall 2019 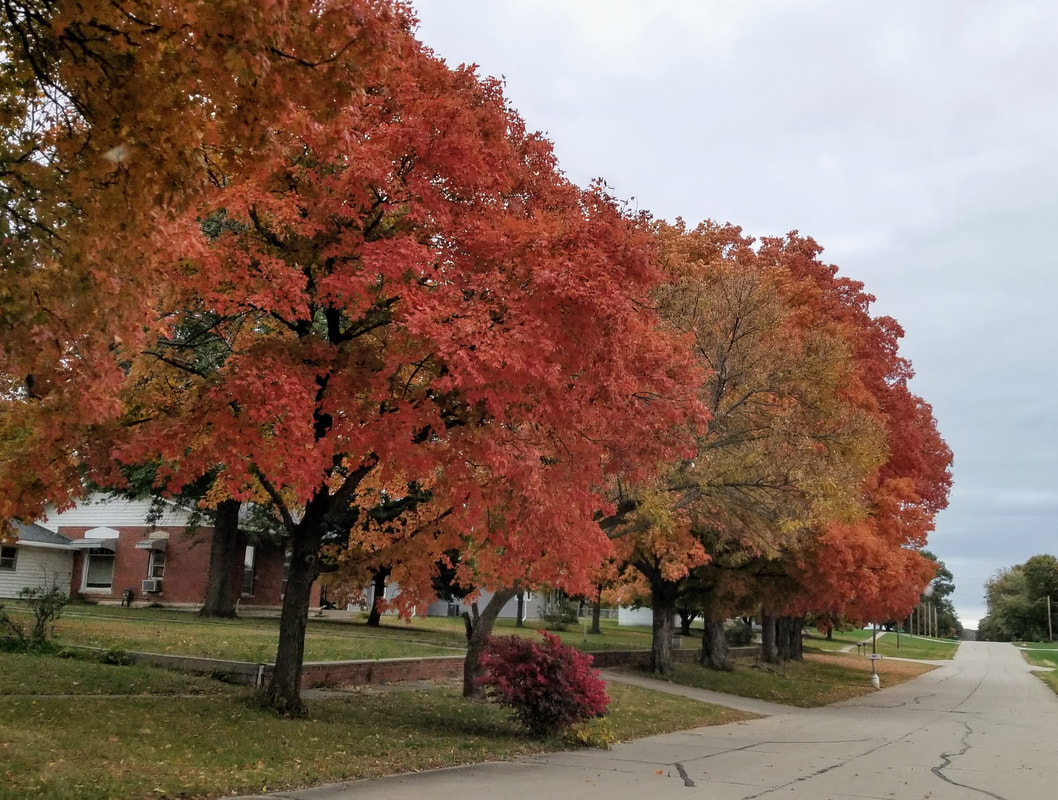 At the residence of John & Karen Blank. It was originally the home of W. C. Fellers and later the home of Lawrence & Nettie Stehlik. 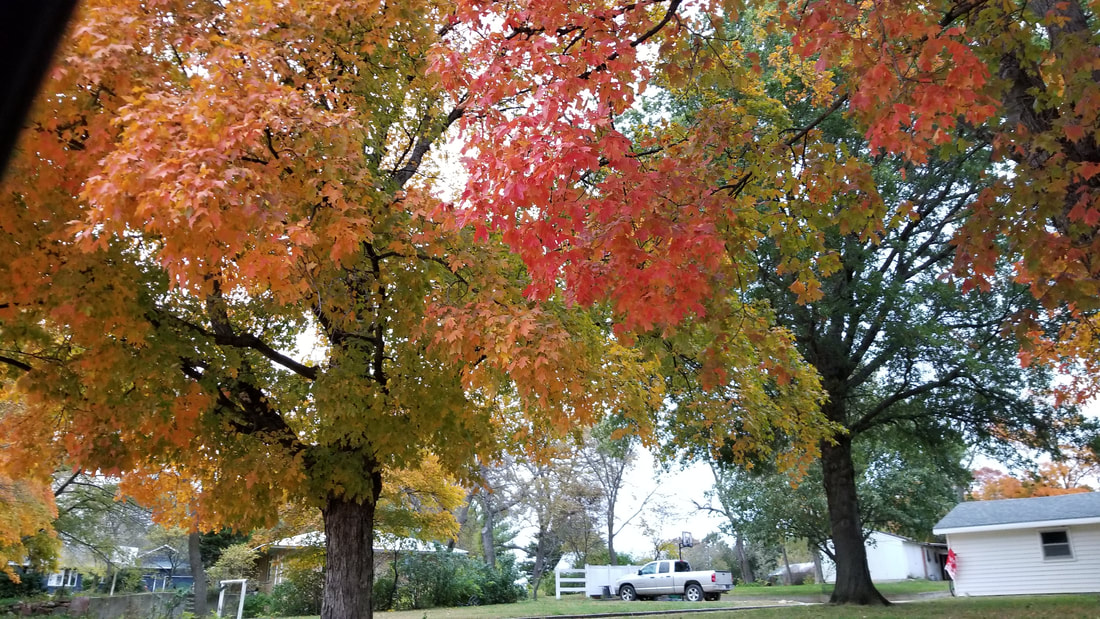 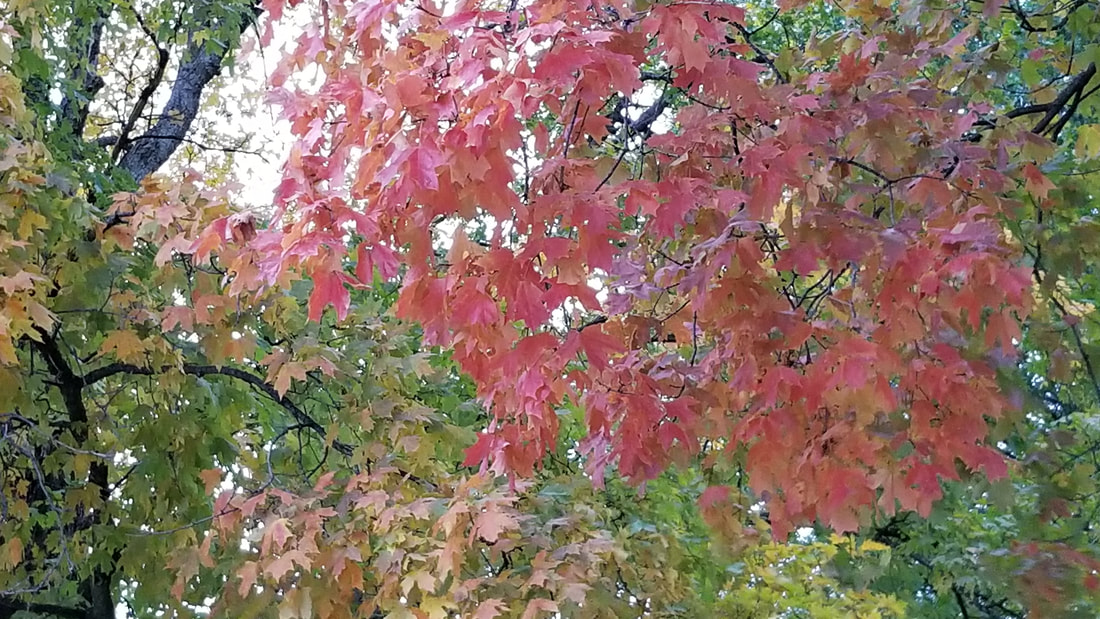 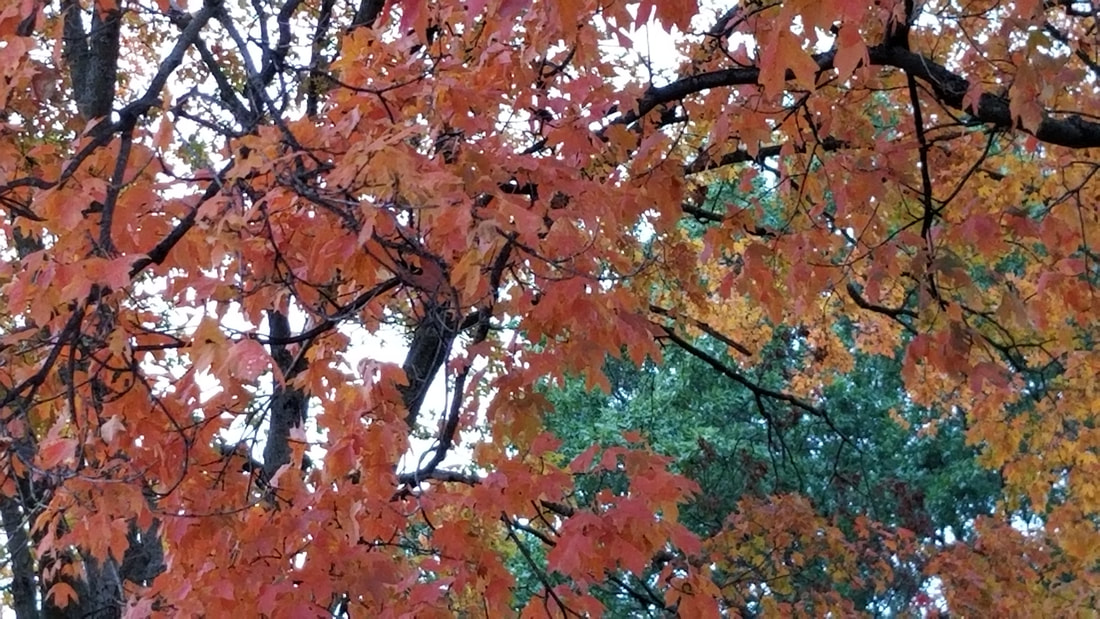 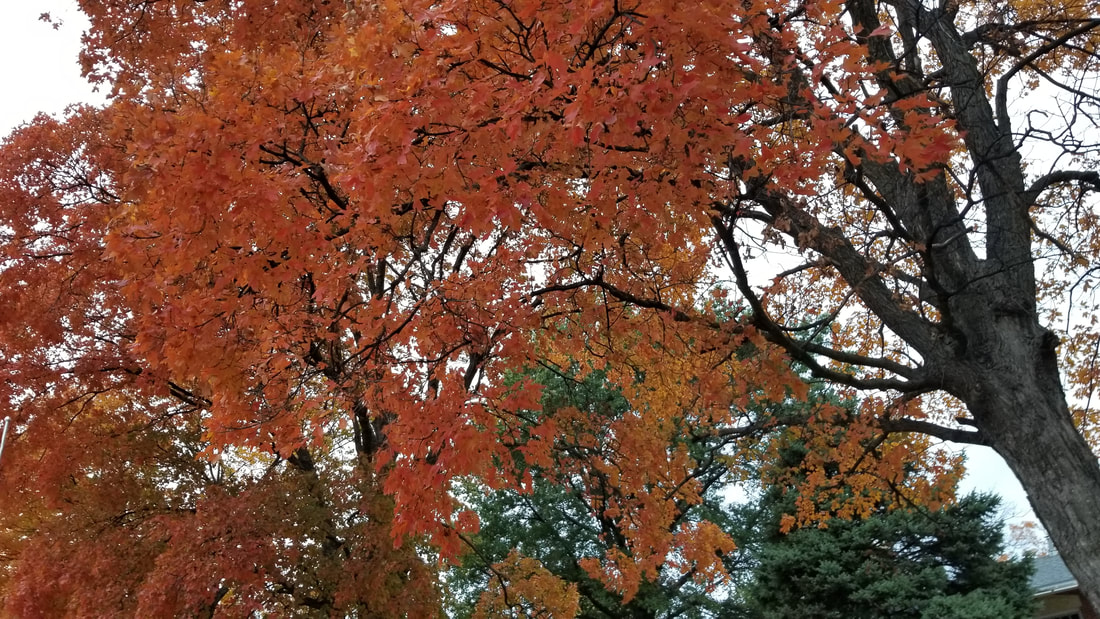