Back to Sports
Horses in Table Rock 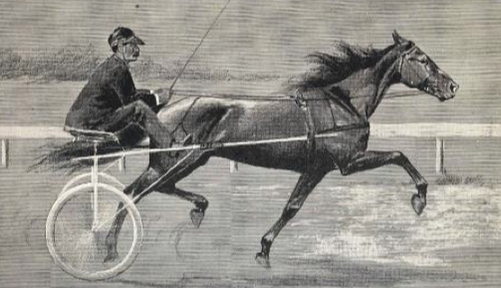 An 1892 image of a harness racer (not in Table Rock)
The first reference found to the race track was in 1882.  The June 17, 1882 edition of the Table Rock Argus reported the formation of the organization, with the track to be built on J. C. Parrish's farm. 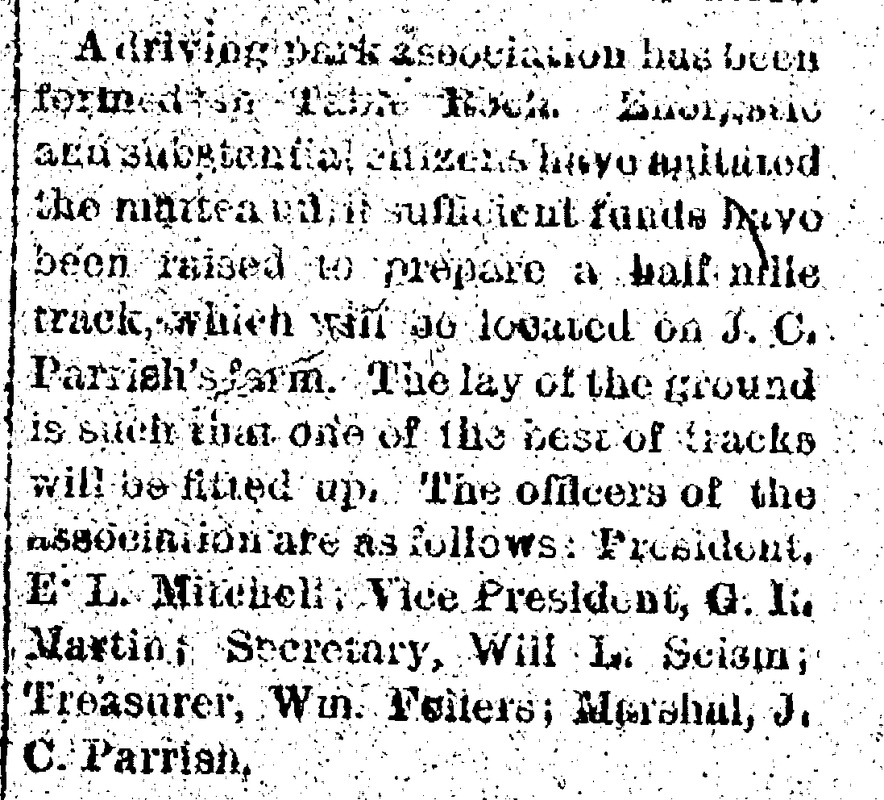 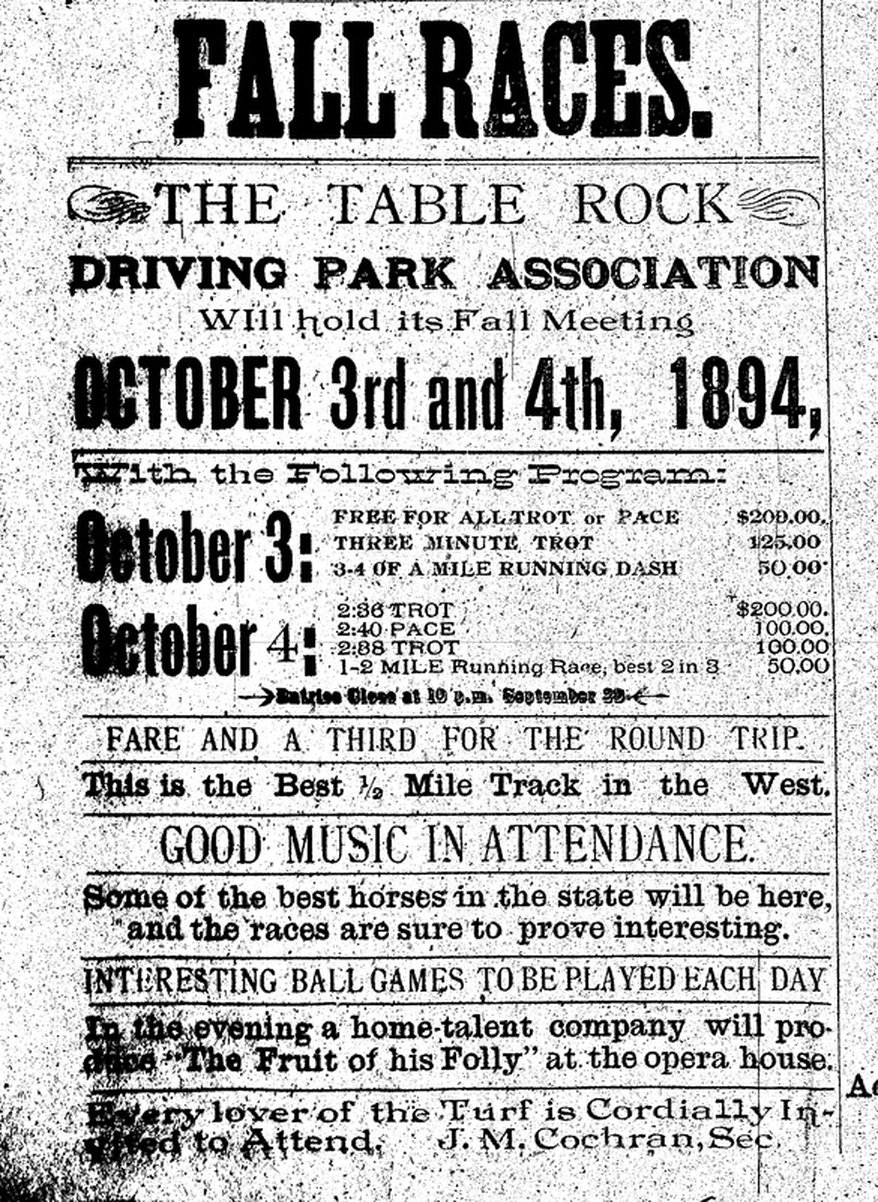 In the big flyer above, the promoters made a day of it in Table Rock, advertising the horse races, "interesting ball games," and a play at the Opera House called the Fruit oF his Folly.  Here's a September 1894 article from the Argus about the production. 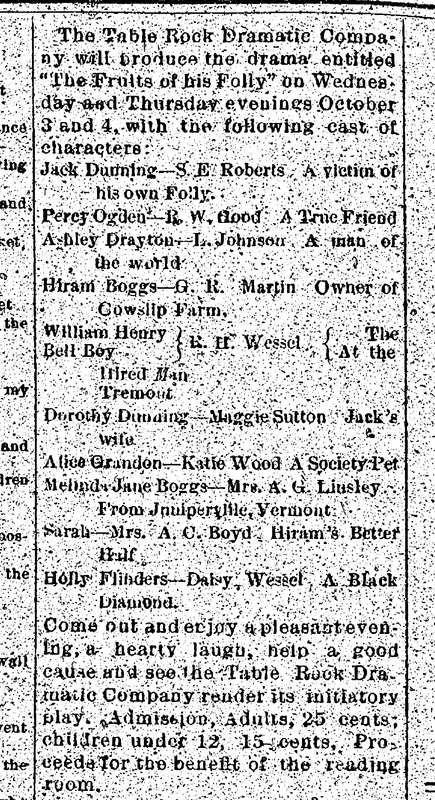 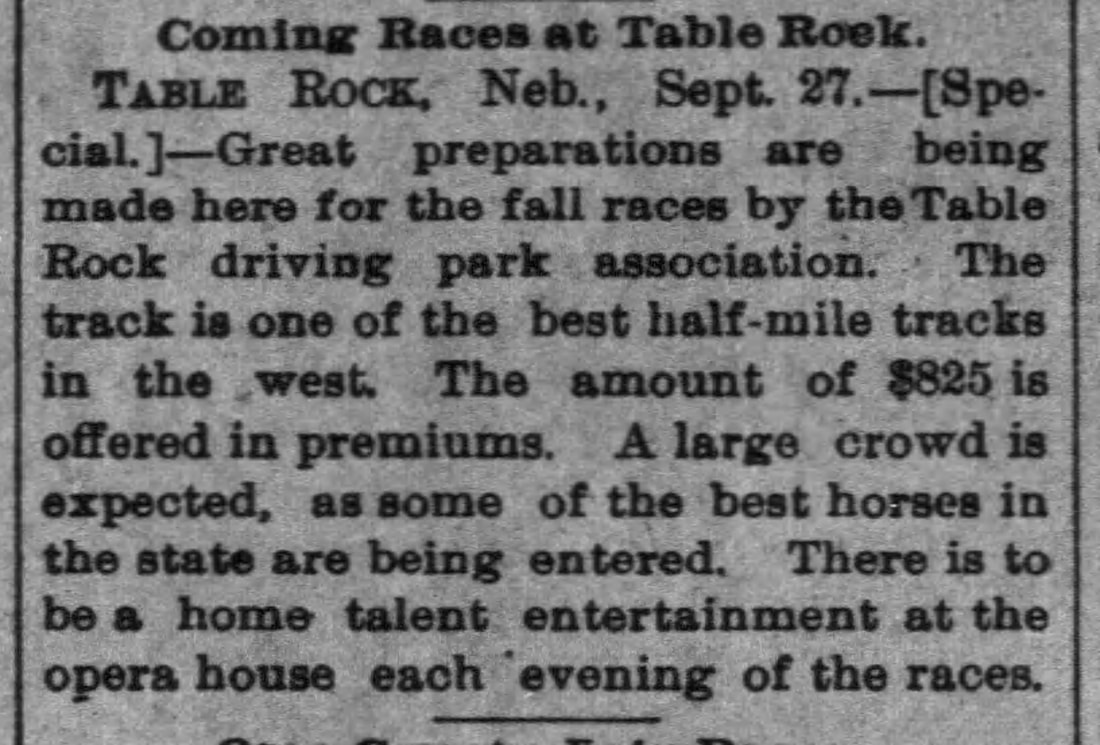 ﻿The ​Table Rock Driving association cited in the 1895 Bienniel Congress of the American Trotting Association held in Chicago May 11, 1895. Many many tracks listed. 291 members present and represented, including Table Rock’s. 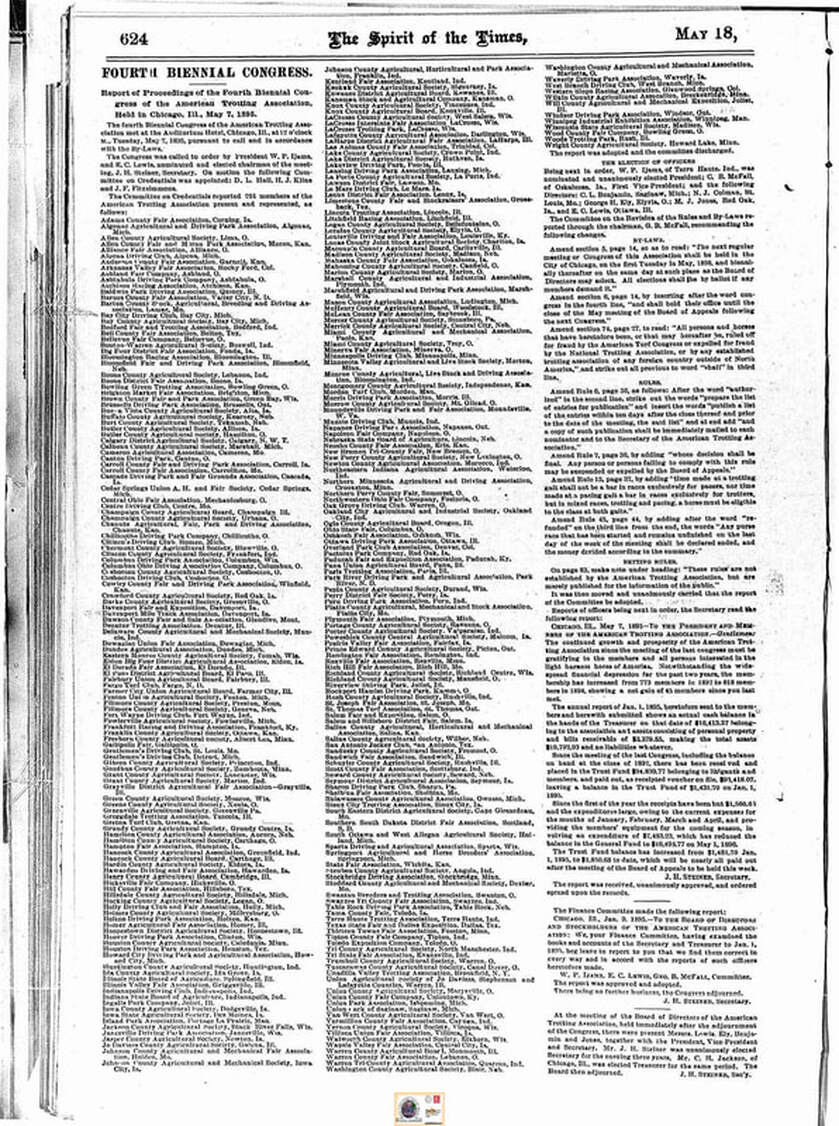 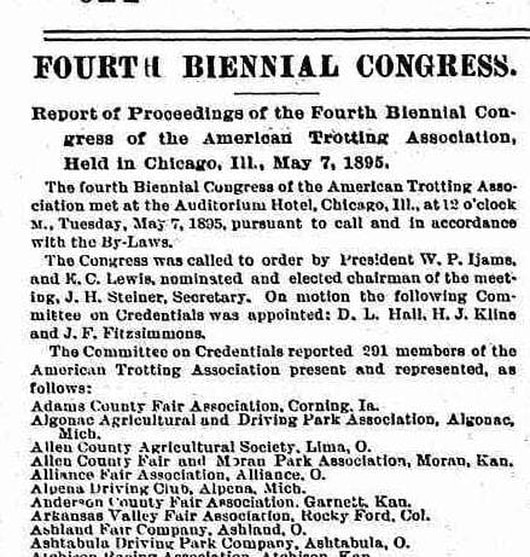 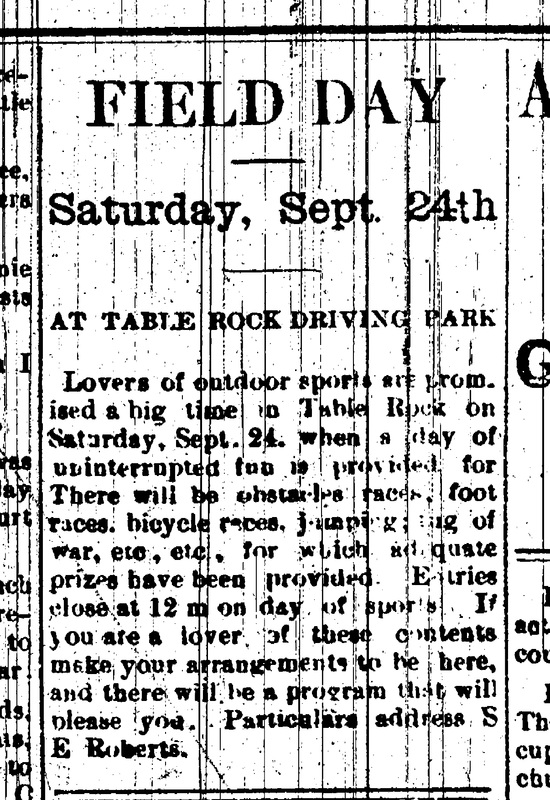 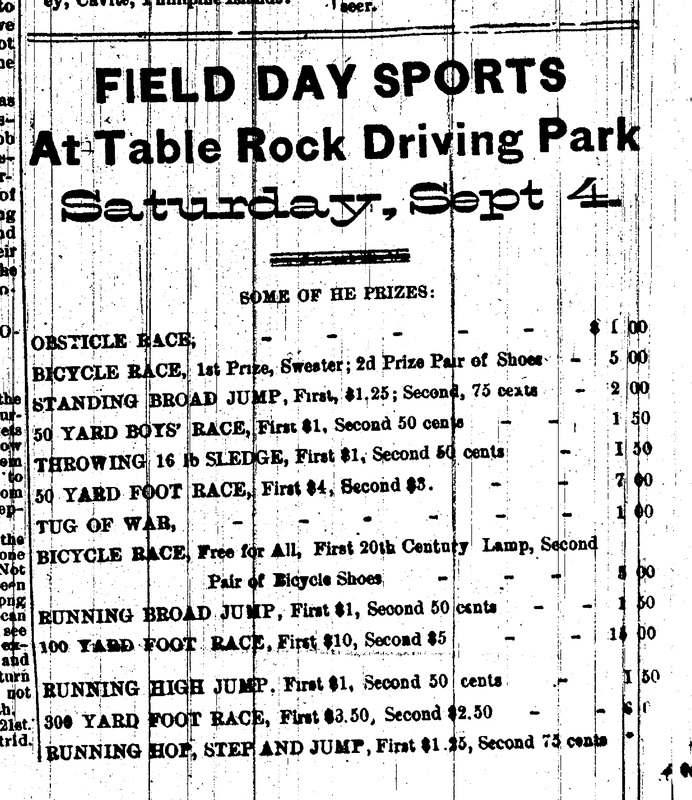 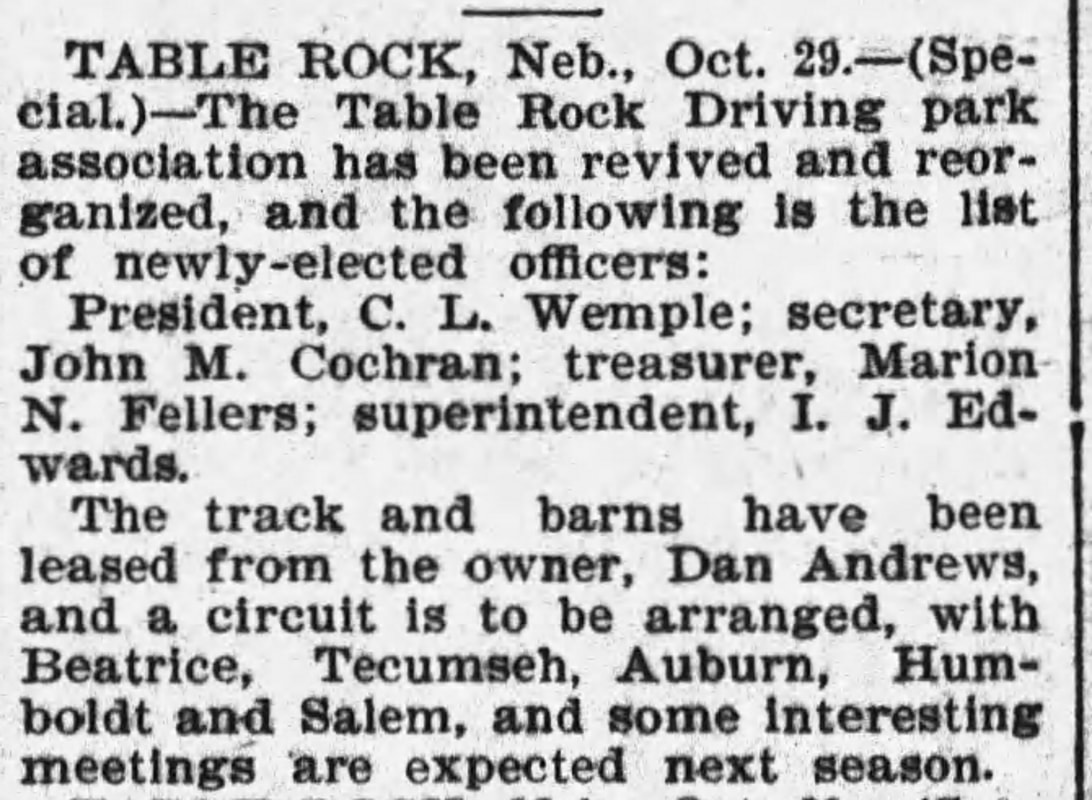 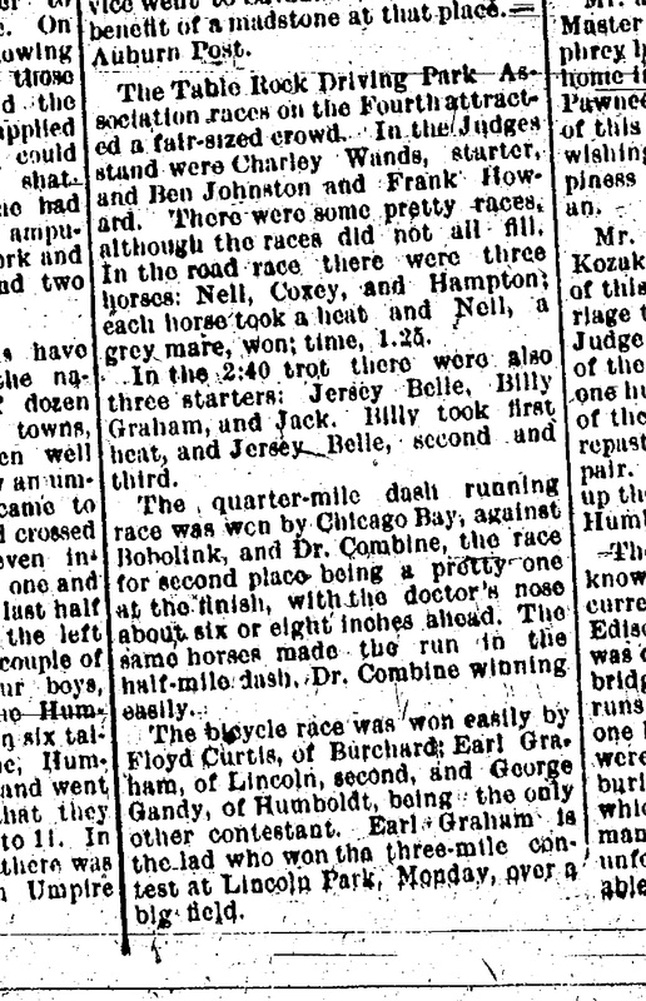 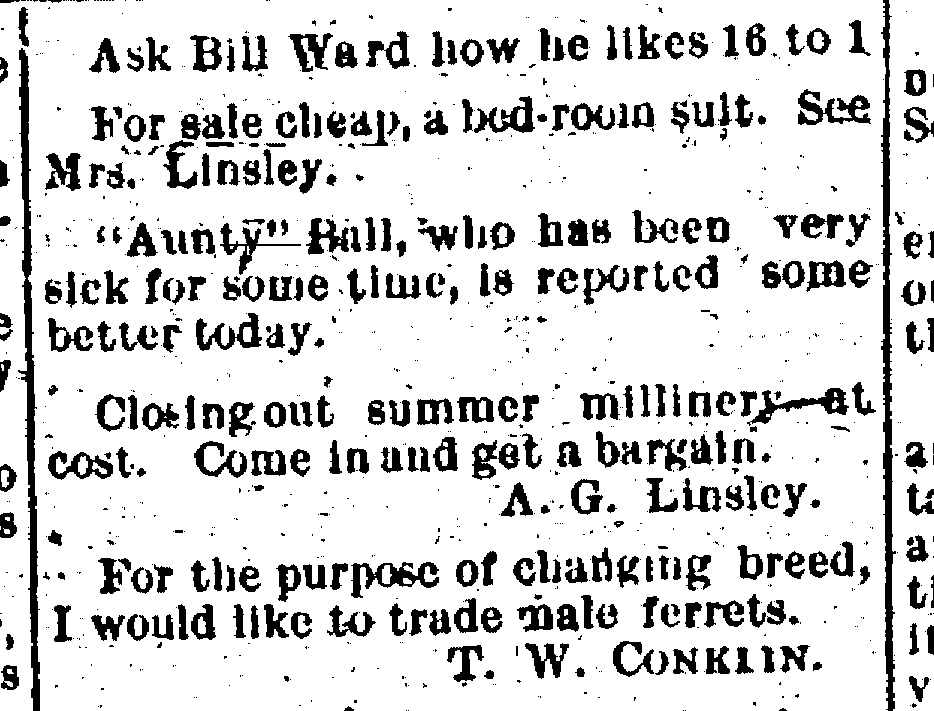 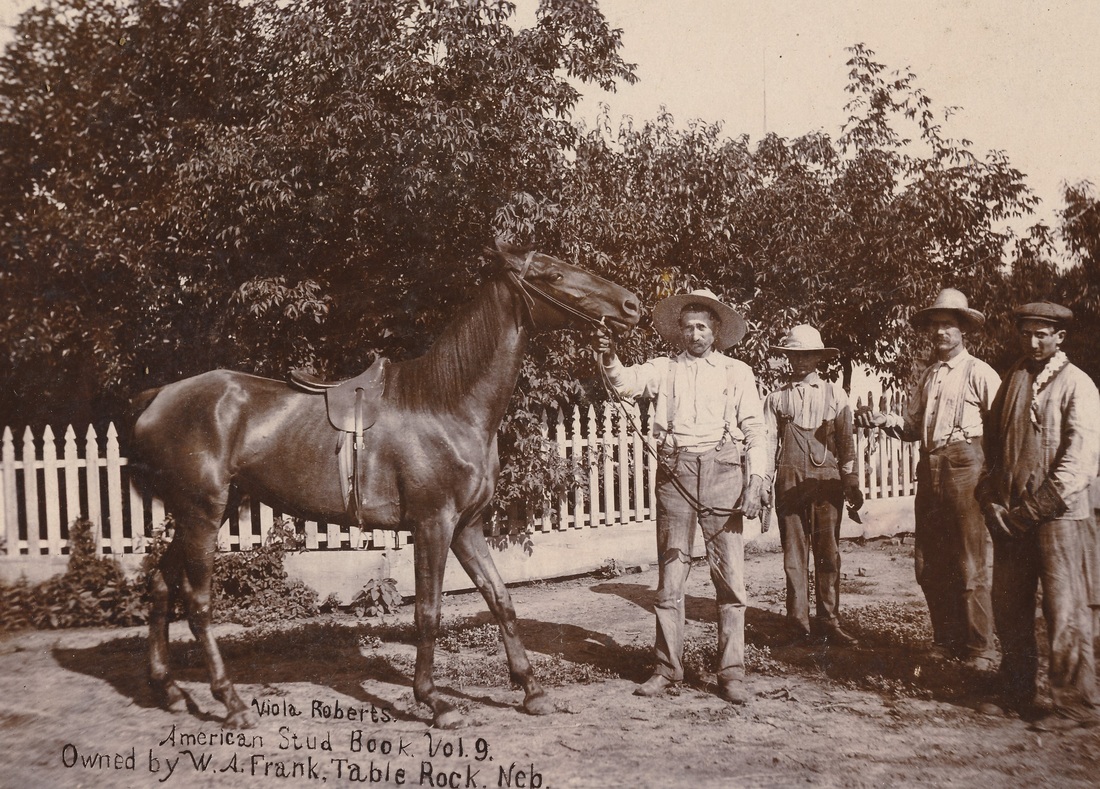 When this photo was posted on Facebook in 2014, comments included this one:

​“It seems like the old timers talked about the horse races.  All the fairs had races and were some ‘tracks’ just out in the country where friendly competitions were held.” That looks like a racing saddle, and the horse looks like a racehorse! Was there a racetrack around Table Rock?”

Yes, indeed there was a race track.

Michael Hendricksen of Liberty, Missouri, a friend of the Table Rock Historical Society, enjoys learning about the history of horse racing.  Michael knows a few people in the business of horses, including one Cathy Schenck.  Cathy is with Keeneland in Lexington, Kentucky.  If you know anything about horse racing, you will know the place. Keeneland is a National Historic Landmark, and its beautiful, park-like grounds are open to the public every day.  More importantly to this page is the Keeneland Library, one of the world’s largest repositories of information and photographs related to Thoroughbred racing.

Michael asked Cathy if she might find out something out Table Rock's Viola Roberts.  Keeneland checked its books.  The end result was not as exciting as discovering this repository of the records. Still, Viola Roberts was on the books. 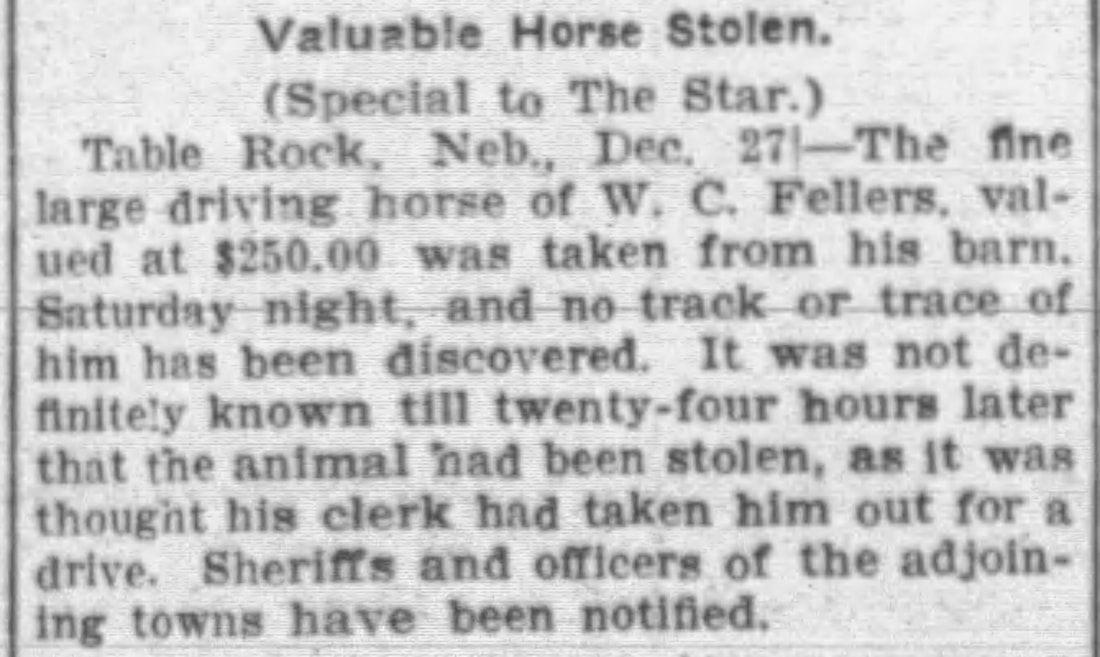 Dr. Tom the Guideless Wonder -- no apparent relation to E. M. Berry's pacer Dr. Tom -- may or may not have raced at Table Rock, but he certainly raced at the County Fair.  A guideless wonder was a type of harness racing horse that ran without either rider or driver.  It was quite a novelty and heavily advertised, and he was said to be very fast.  A search for Dr. Tom in newspapers.com shows many articles for appearances in Nebraska and Kansas. Here is one from the August 6, 1910 Arkansas City (Kansas) Daily Traveler, from an extended article about their fair: 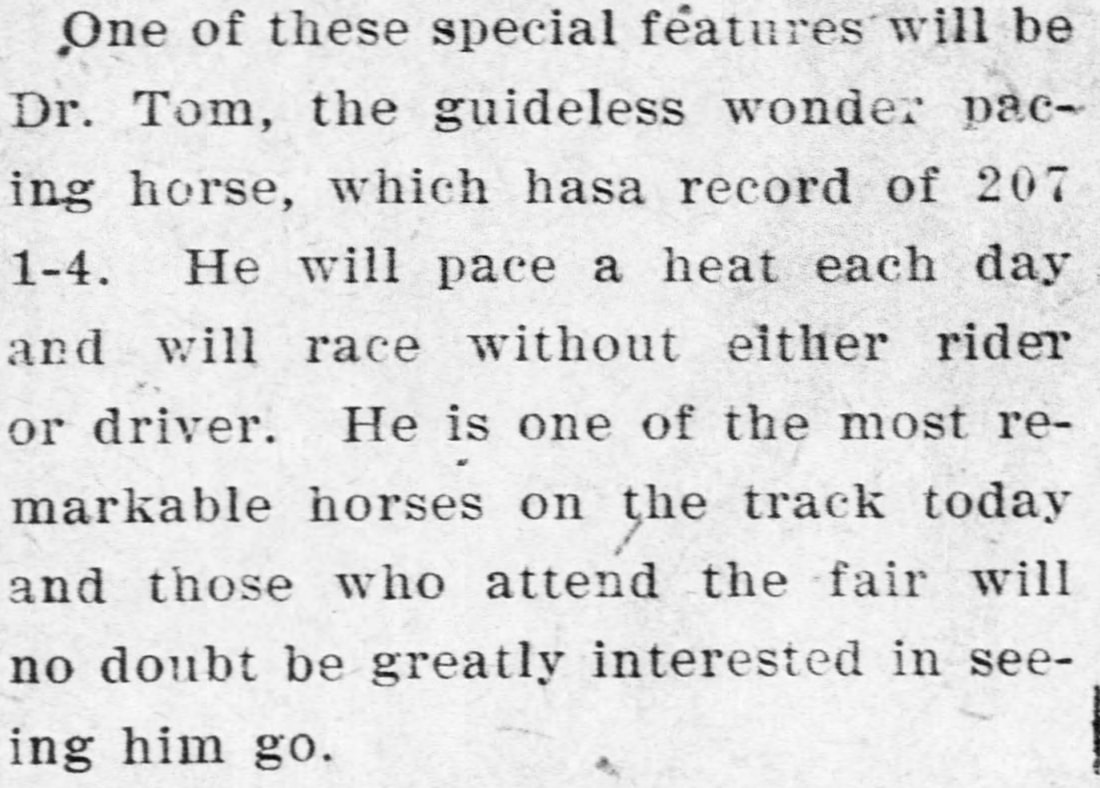 Excerpt from a huge advertisement for a fair at Coffeeville, KS from the Cherryvale (KS) Republican, of October 16, 1909 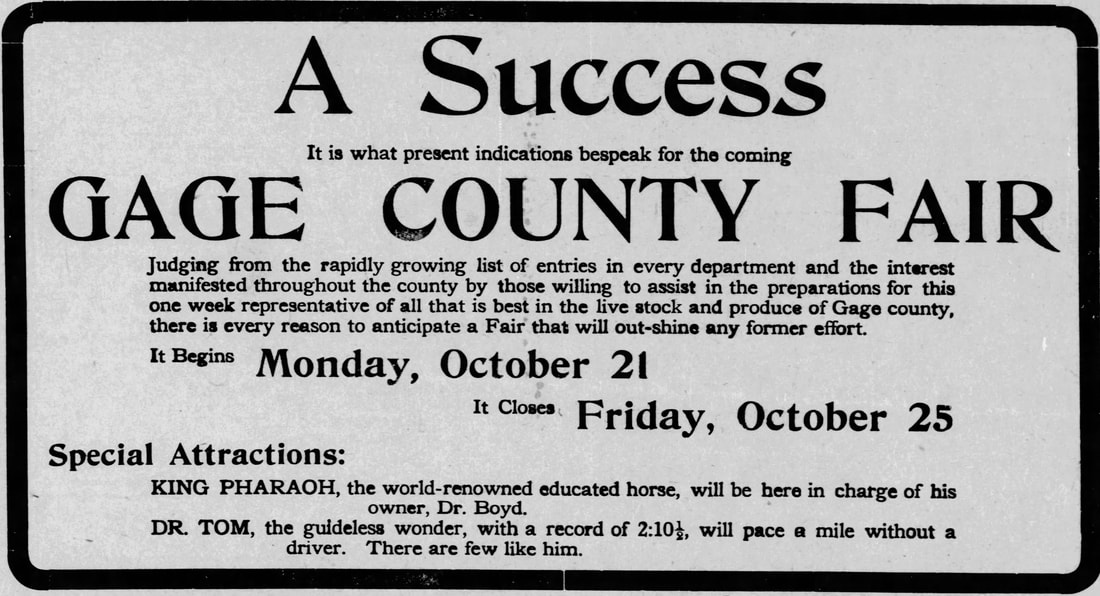