The State Bank of Table Rock

is table rock going to have that bank?

December 2, 1882 Argus.  At the top of the social snippets: "Is Table Rock going to have that bank?" 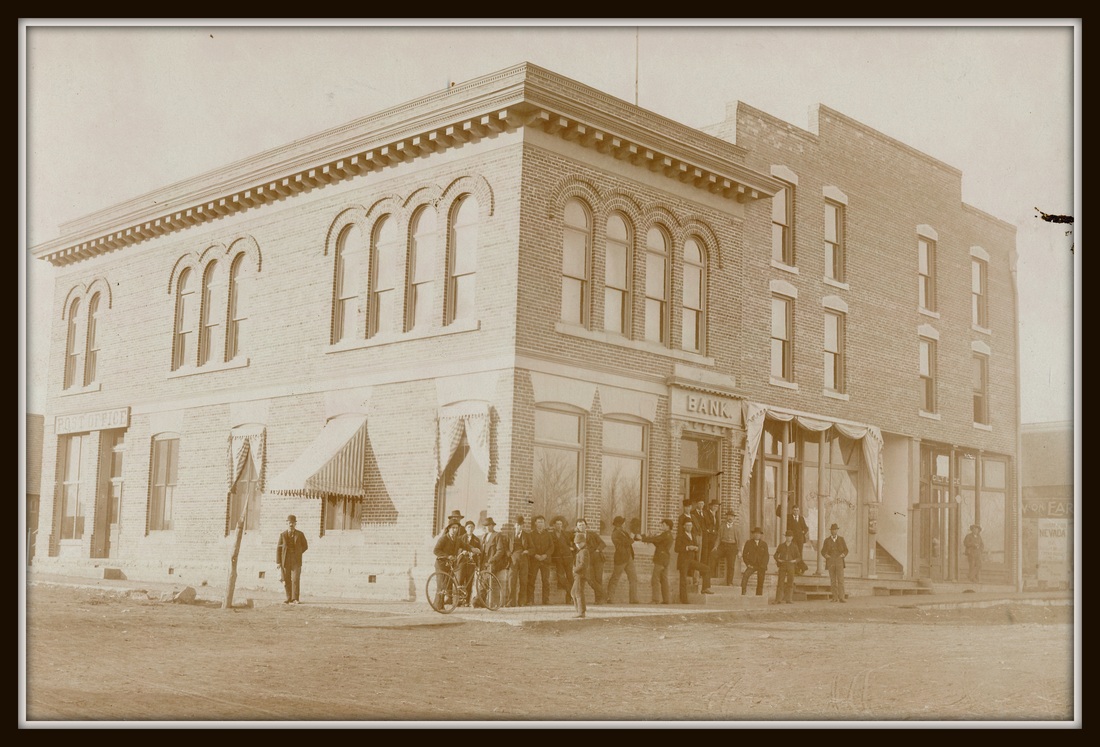 1892 - Interior of the new bank finished "in an elegant manner"

Hassler's 1896 history said of the "fine" building that cost $5,500, "It is finished throughout in an elegant manner, the counters being made of birch wood.  The valuables of this institution are safely ensconced in a Diebold safe surrounded by a strong brick vault, which makes it perfectly secure.  It is supplied with all the appliances for safe and conservative banking."  Photo 183 below shows the interior of the bank decades later, but probably much the same as it was in 1896. 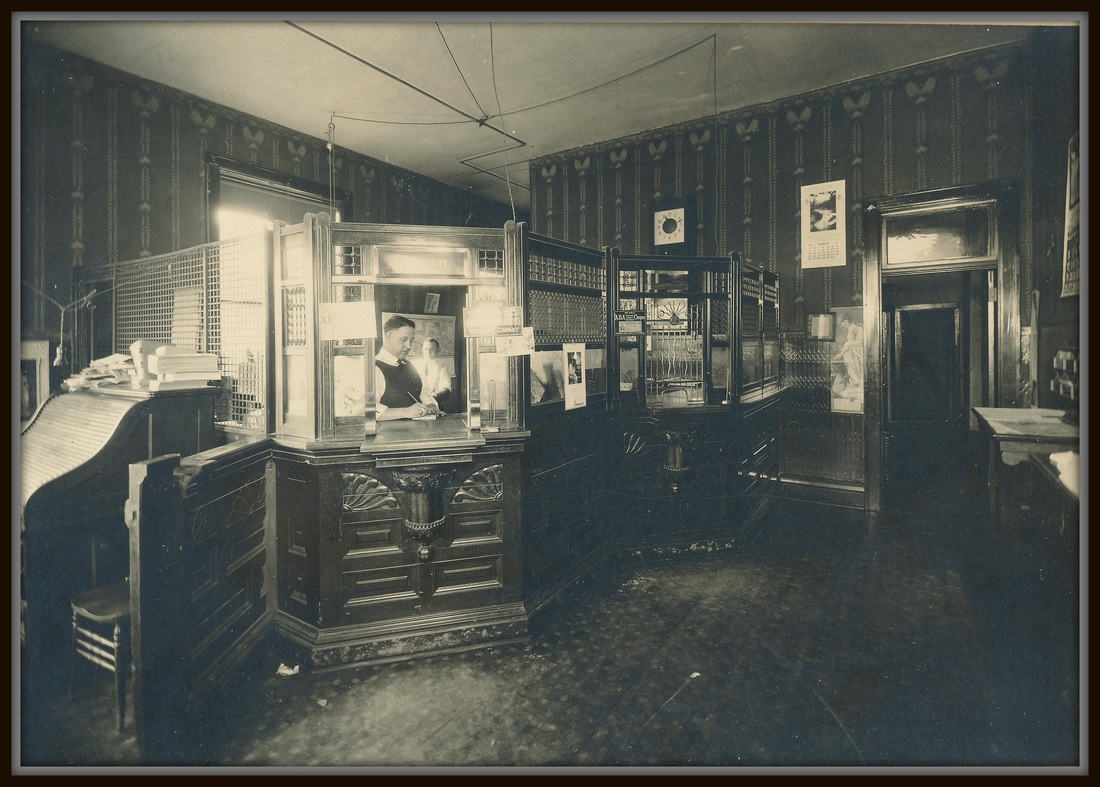 Photo 183. L. J. Duder and Guy Bonham.
According to Hassler's, the bank started with a capital of $10,000.  The capital, and quickly the surplus, were commonly advertised, as can be seen in some of the many advertisements that have appeared in the Argus, below.

Document 42: A 1911 Pocket Directory contained business advertisements, including one for the State Bank of Table Rock. 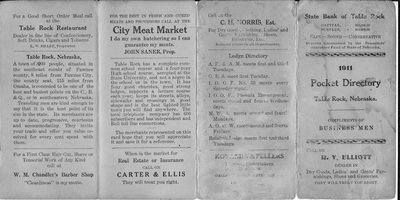 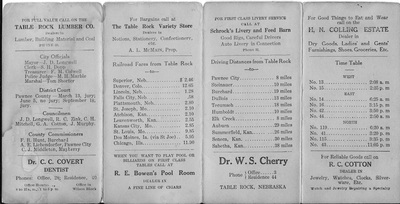 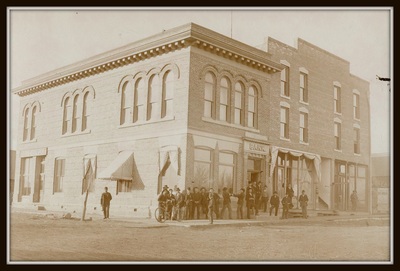 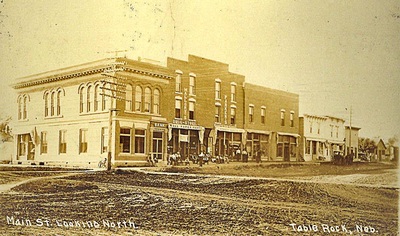 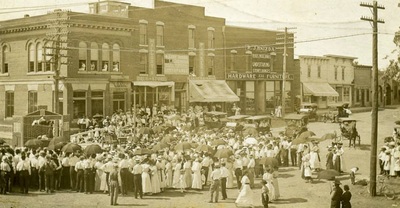 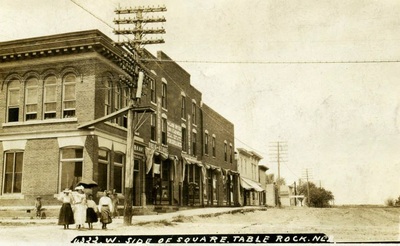 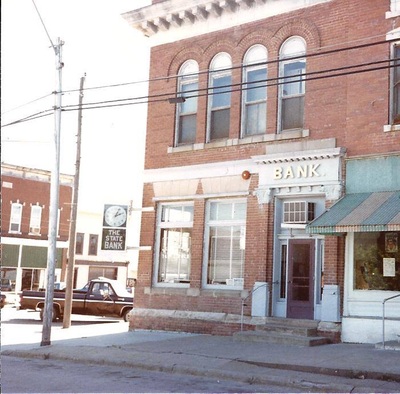 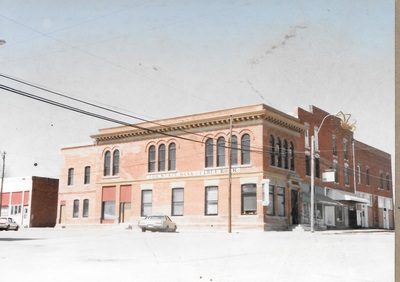 It has also been a place from which to view the town. 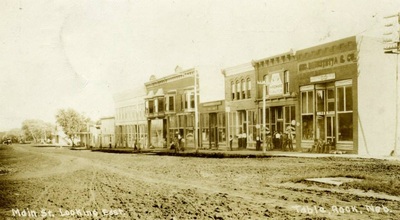 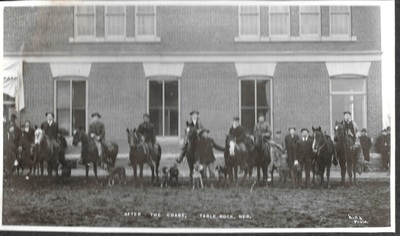 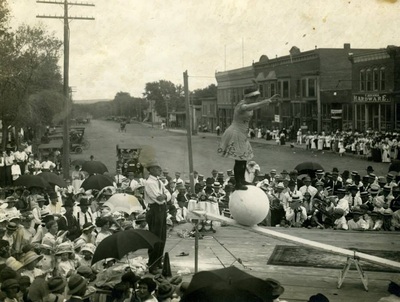 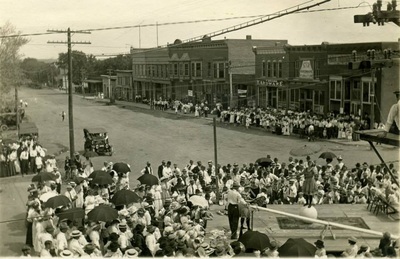 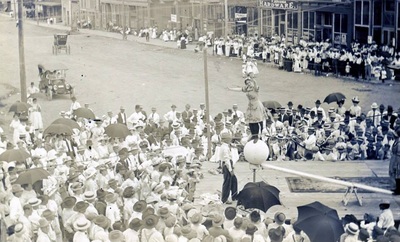 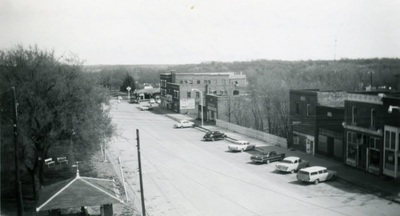 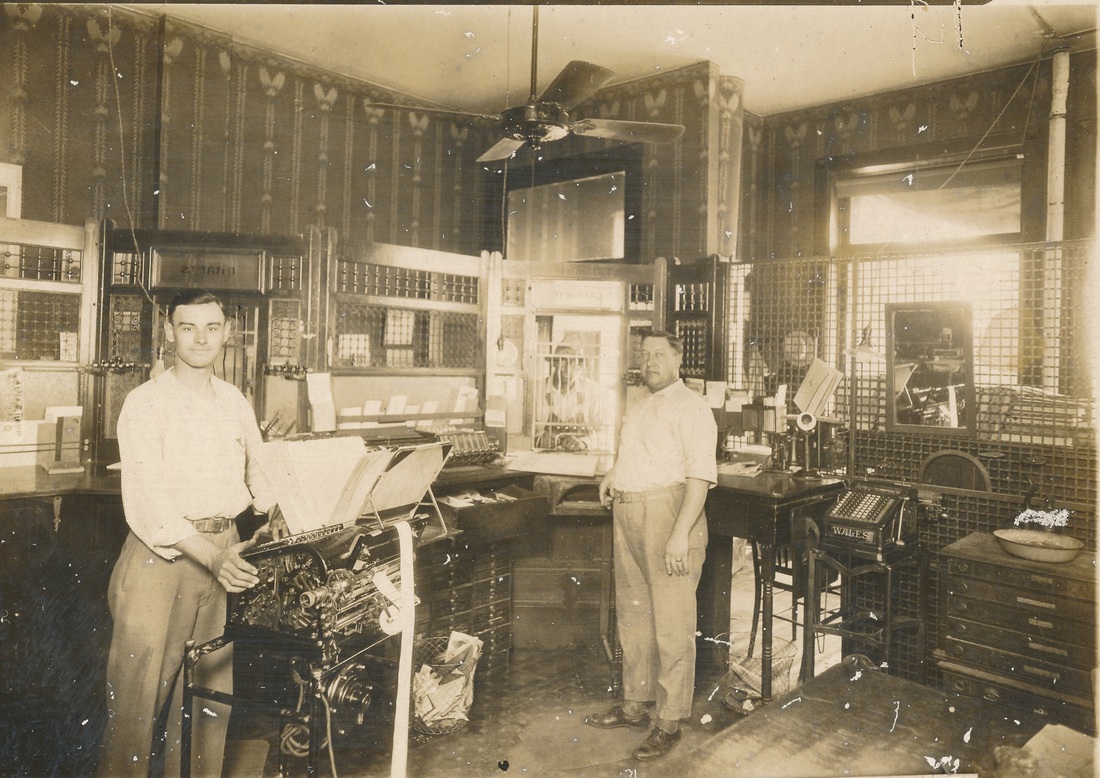 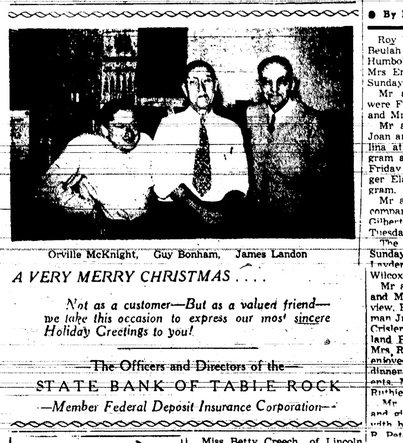