Back to Oral History
Trains

Background: Ron called me to ask if I were interested in Reno in. He has pictures of it we had a bit of a discussion, which concluded with arrangements to meet in order to look at those pictures. 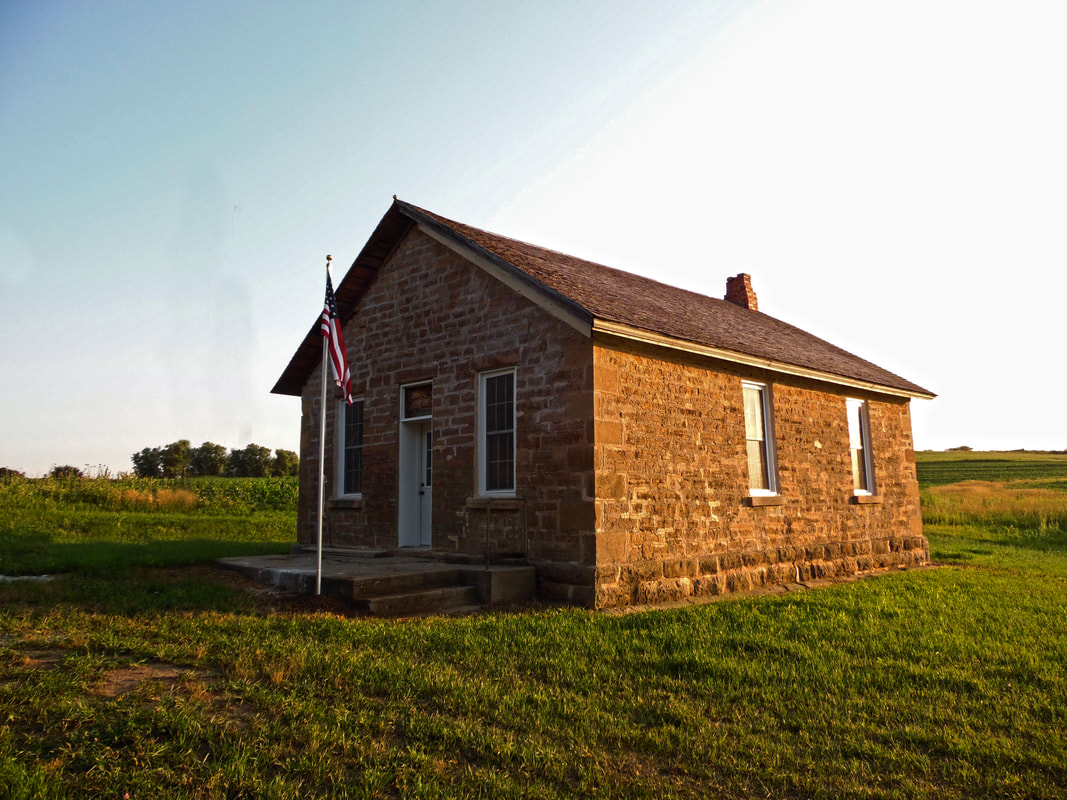 In the mid-1940s, Ron went to the rock school. That was probably around 1947 to 19. Others at the same time that he remembers were Duane and Loren Joe Stehlik, George Tomek, and Joan Hall Strohm.

At the time that Ron went to the rock school, his family lived in the rock house just down the road. He does not know how old that house was. It is in ruins now. (Unbeknownst to Ron, that house was built by William Fellers, one of the first pioneers in table rock. It was lived in after that by William’s son WC Fellers. In addition, after the Gilberts had moved away from the White House, the Steiner family including Dora Lynn and Sylvia, lived there.)

Ron lived with his family at the Reno Inn. His parents owned it in the mid-1950s.

Ron remembers that the engineer would call the Reno from some distance, usually Tecumseh, and submitted an order. ”He would tell dad seven sandwiches and three pieces of pie, and whatever else. Then when the train arrived in table rock, the passengers would come over and pick up their order, get back on the train, and off they would go again.” “Ron joked,” it was like fast food!”

He joked that sometimes it seems amazing that people would go there to eat because there were often animals around. For example, there was a fence right in front of the picture window where a rooster used to set. People would eat their meals looking out the rooster. There were hundreds of pigeons, a squirrel in a cage and a Tony that would just stand in front of me in. There were many other such things. But the place was very popular, of course.

“Vlasta Spier worked for my folks. She had a big old black and white dog. That dog would make the trains. People have scraps of food, pieces of sandwiches, and they would feed the dog.” What mooch! (I assume that he is referring to the famous dog known as Irish, after the train known as the Irish Mail.)

Fred Jelinek, who lived in the vague brick house at the northeast corner of the square, like to come down to the Reno to play piano.  “We had an upright piano in there, and Fred would sit down and play. No, we never paid him, I don’t think we even gave him a meal. He just liked to play.”