Virginia Ribble Gottula (1927-2016) graduated in 1944, the only member of the Ribble family graduating from Table Rock according to the records of the Table Rock-Steinauer Alumni Association.  This is an article from a 1943 edition of the Echo, which was the school newsaper. 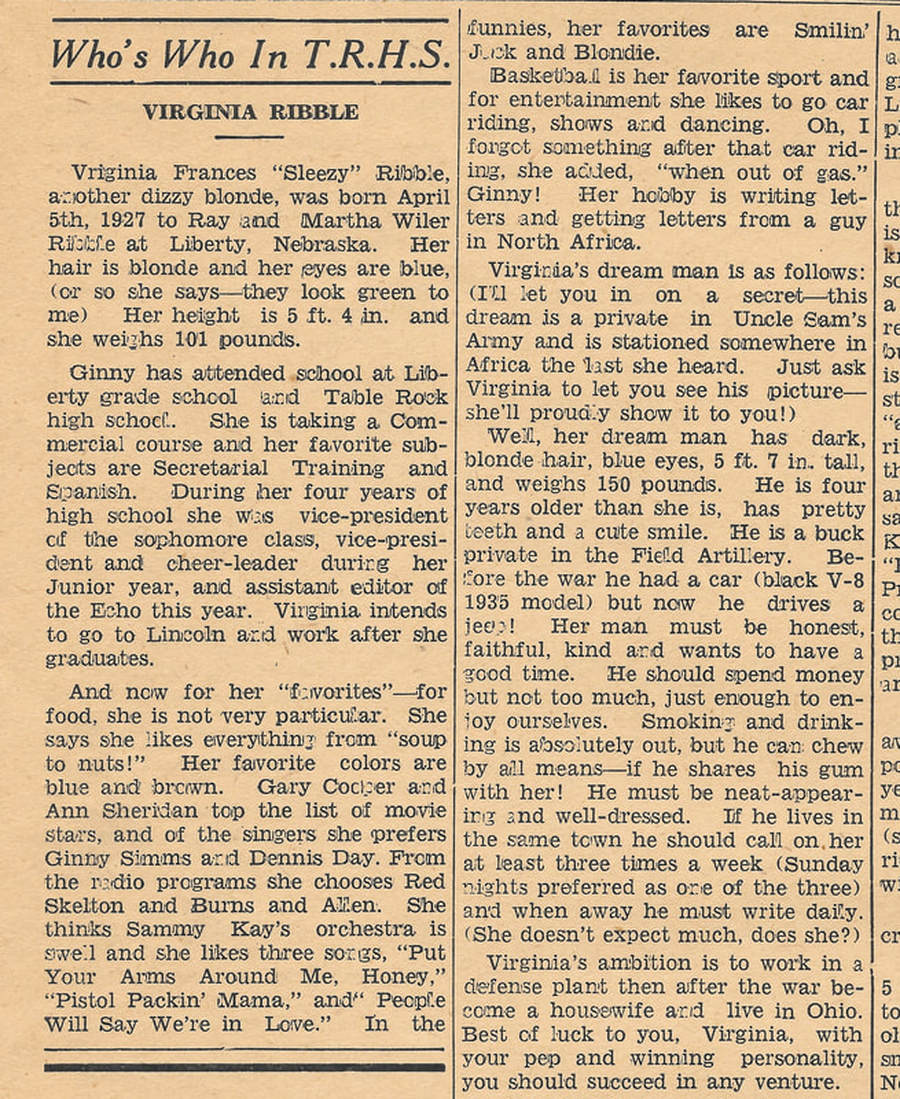 Virginia is buried at the cemetery of St. Peter's Lutheran Church on Route 50 near the Johnson County line.  She is buried by her husband Reuben (1919-2004), who she married in 1954. They had two children, Linda and Steven, according to Virginia's memorial on Findagrave.com.   Her parents were George and Martha Wiler Ribble (1890-1956 and 1894-1976, respectively).

where did they live? 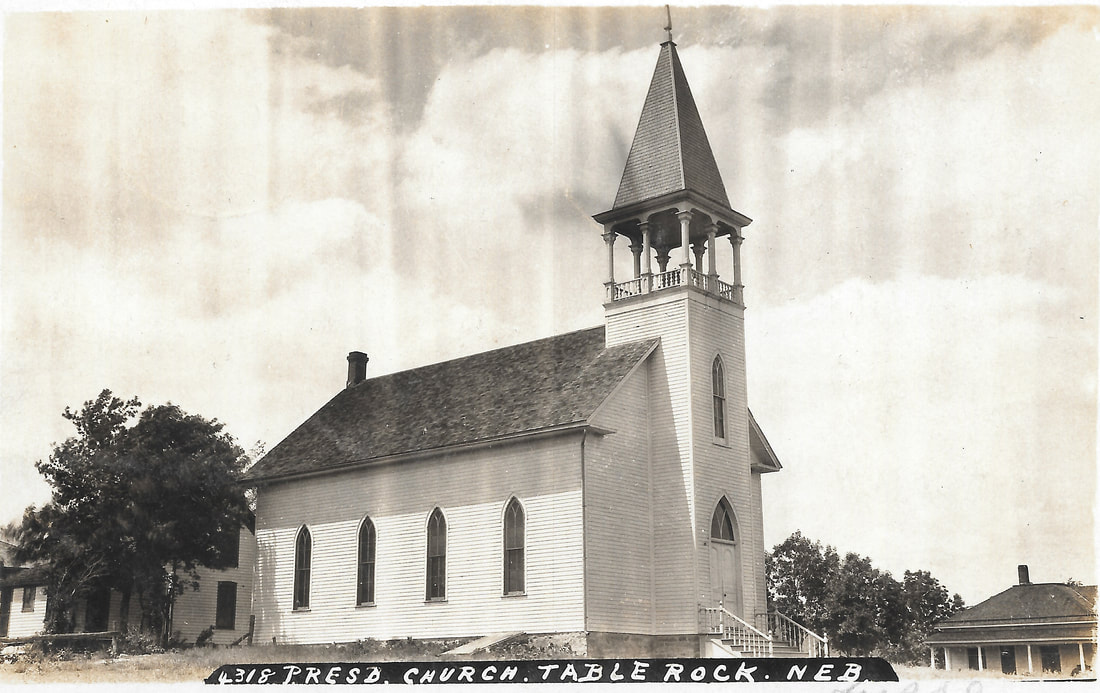 When posted on Facebook, the picture caused a stir focused on that house.  Linda Moran thought it might be her grandparents' house, a block north of the Catholic Church.  Theresa Sisko Dunecacke responded, "It is Linda. A few years ago we were talking about that church in Table Rock. I did not know there was ever another one in town and they told me it was located across the street from your Grand parents and east of Gary Harris's house that he lives in now. The lot is empty, so it stands to reason. I heard this in the Coffee shop so, it's got to be true! LOL"  Glenda Alderman Blecha recalled it was Martha Ribble's home when she was growing up

The house on the left was for many years the Storbeck home.  Linda says, "I spent a lot of time with Zelma."
View My Stats