three railroaD HOTELS: THE HOTEL MURPHY, THE ABELLHOUSE, AND THE RENO INN

The Hotel Murphy sat where the Reno Inn presently is. 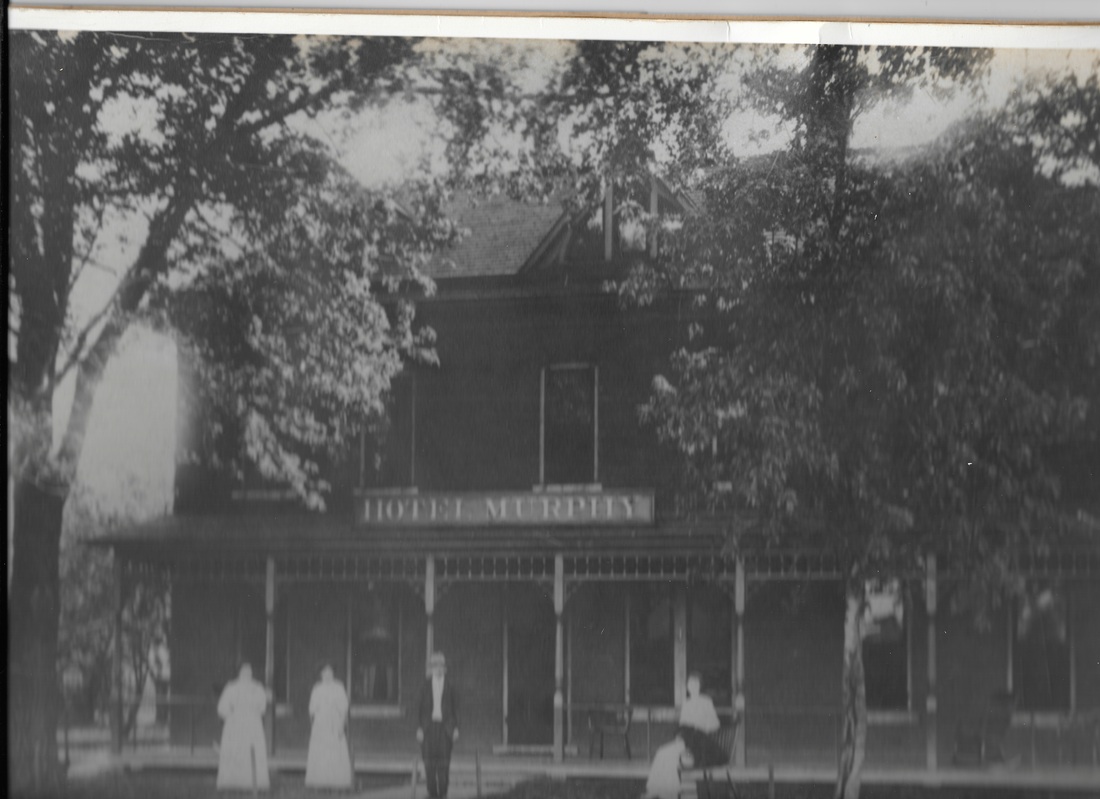 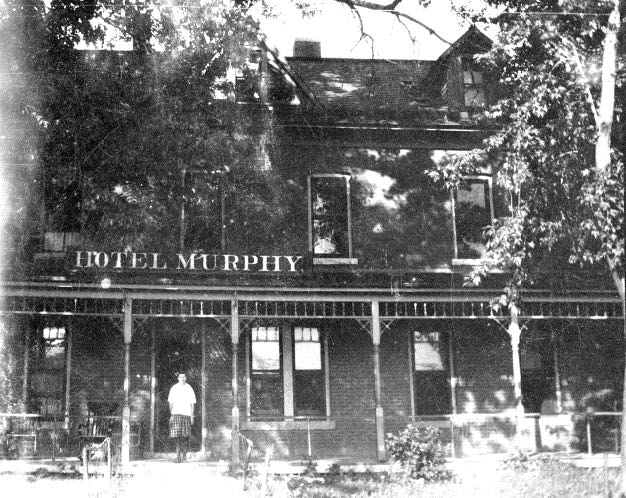 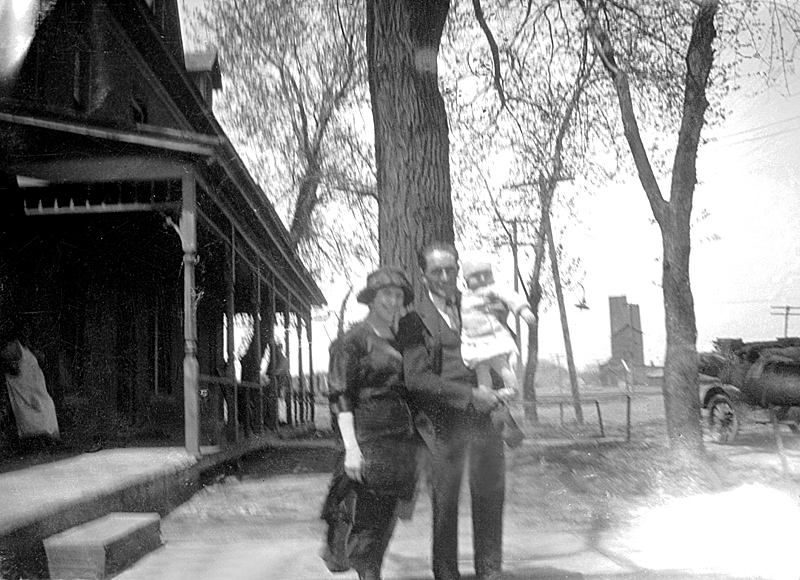 Photo 240, Unidentified persons in front of Hotel Murphy. Photo from Quackenbush family.
The Hotel Murphy was operated by the Shepherd family for many years.  Here are family photos taken at the hotel, so.me looking at the building and some taken from the yard with the depot in the background.

In a March 6, 1931 article, found by Ted Quackenbush, the fire that destroyed the Hotel Murphy is reported. The article contains a detailed history of it.  According to this history, it seems that the Hotel Murphy operated on the Reno Inn site from the coming of the railroad, i.e., since 1870.  The Able House (probably Abell, which the platt shows as the property owner), also I believe a railroad hotel at the depot, was apparently a second hotel, operating simultaneously for many years.

The Hotel Murphy's history was described in the article about the fire.  As a "new" hotel, it was managed by Mrs. Ed Ryas; it was then sold to J. H. Montgomery. Montgomery's widow eventually sold it to Mr. Van Shriner, who sold it to James Murphy. Murphy "rebuilt" the building of brick . (Does that mean he tore the building down and "rebuilt" on the site, or somehow modified it?  I don't know.)  Murphy sold it to S. H. Brown, who sold it to William B. (Bill) Shepherd, who then owned it until it burned down in 1931.

Here is the article, which also has interesting information about some of the owners: 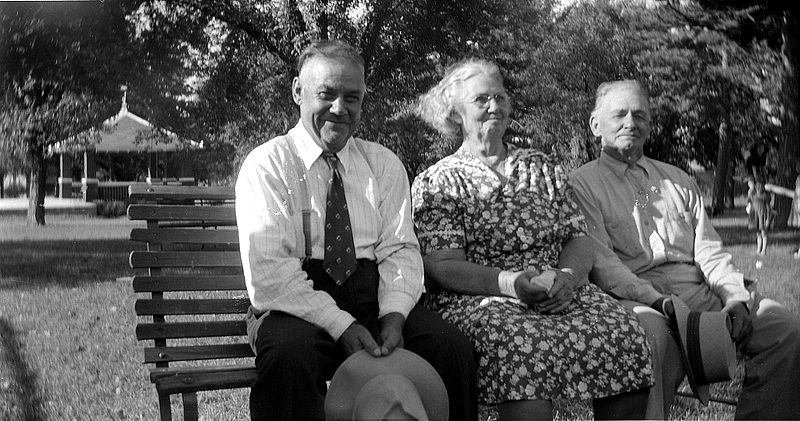 W. G. Shepherd is on the right. Jane Carter is in the middle. The man on the left has not been identified. Photo 249.

The 1931 article about the Murphy Hotel burning mentions the "Able" House.  It was probably the Abell House. Ads in 1882 refer to it as the Abell House and the owner of the property according to the original 1870 platt of Lower Town was named Abell.

There is a photograph of the lower brickyard taken by Archer King, who photographed -- I think -- beginning in the very early 1900s.  In the distance, one can pick out a huge white building by the depot.  A careful look reveals a darker building behind it, and an even more careful look reveals a gable that is surely one of the those of the Hotel Murphy.   Is this white building, then, the Abell House? It seems that it could be no other.....

Photo 124. Observe the white building on the left. 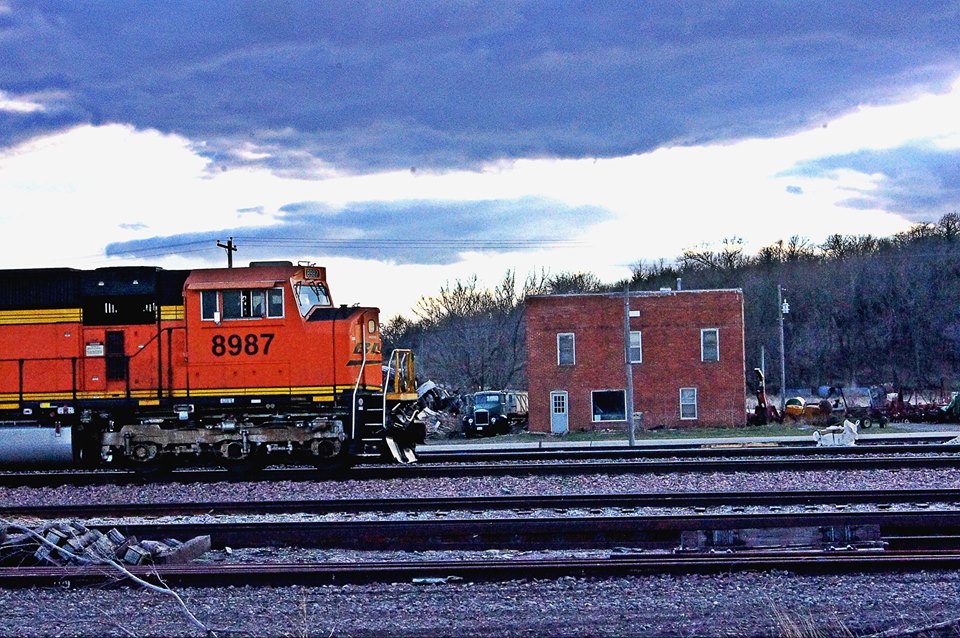 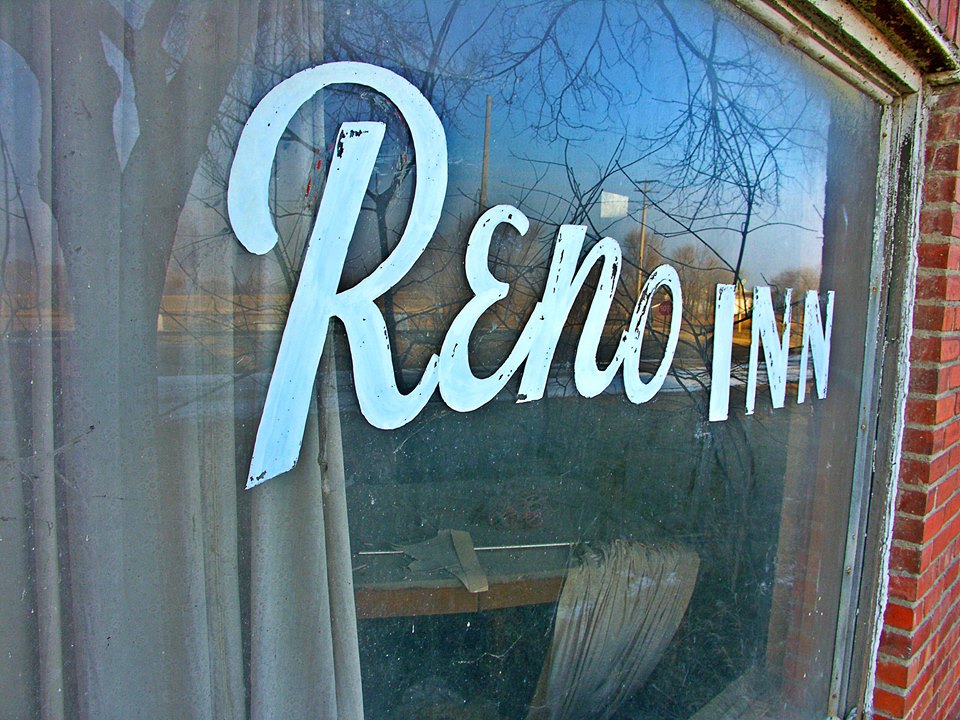 Ted's wife Nancy is a Shepherd descendant, Bill Shepherd having been the proprietor of the Hotel Murphy in its final days and also the builder of the Reno Inn.  Ted went through all of the Table Rock Argus's in search of evidence and articles about the railroad hotels of Table Rock.  Here are the clippings that he found. 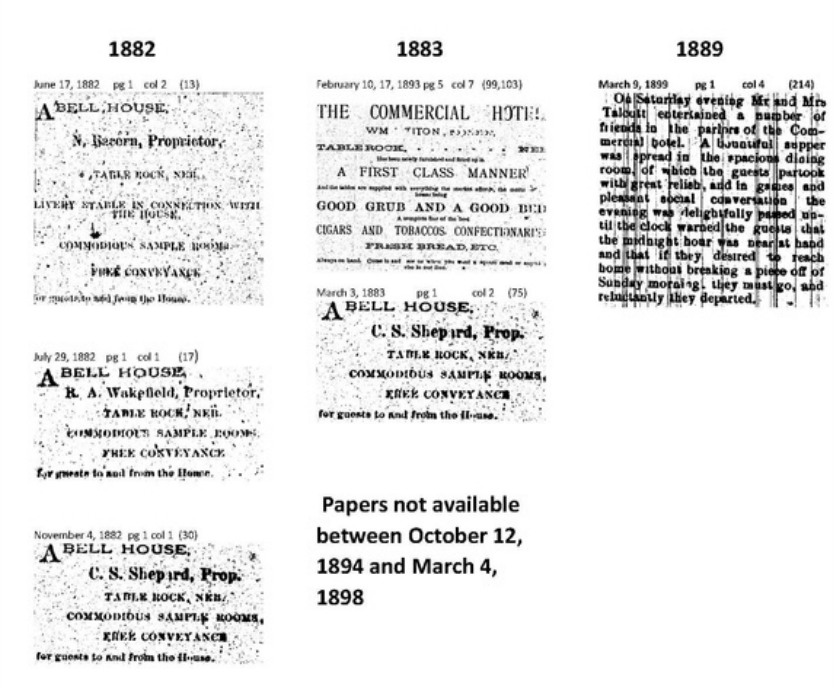