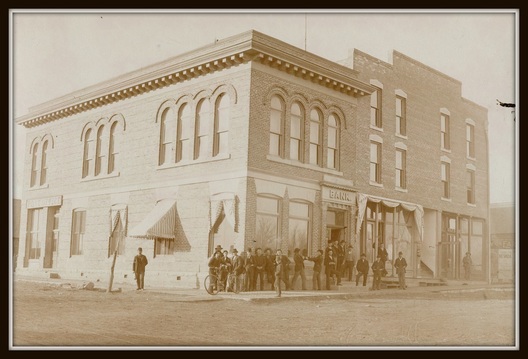 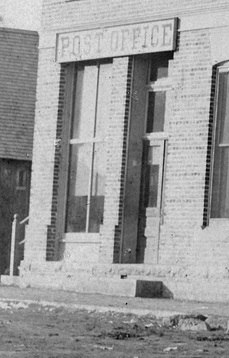 Photo 202 excerpt showing Post Office on south side of bank.

A 1969 program for the dedication of a new post office building gives specific appointment dates for each postmaster, beginning with the appointment of John Fleming on December 9, 1856.  Scroll to the bottom of this page for the program.

Chauncey Norris was postmaster from 1869 to 1876, according to that program.  That same program cites the location of the post office as probably the Norris lot at the northeast corner of the Square.  This building was torn down and a two-story brick home built, which still stands.  The Norris descendants, based on a noted family story and the age of the participants, believe the brick home was built in about 1877. 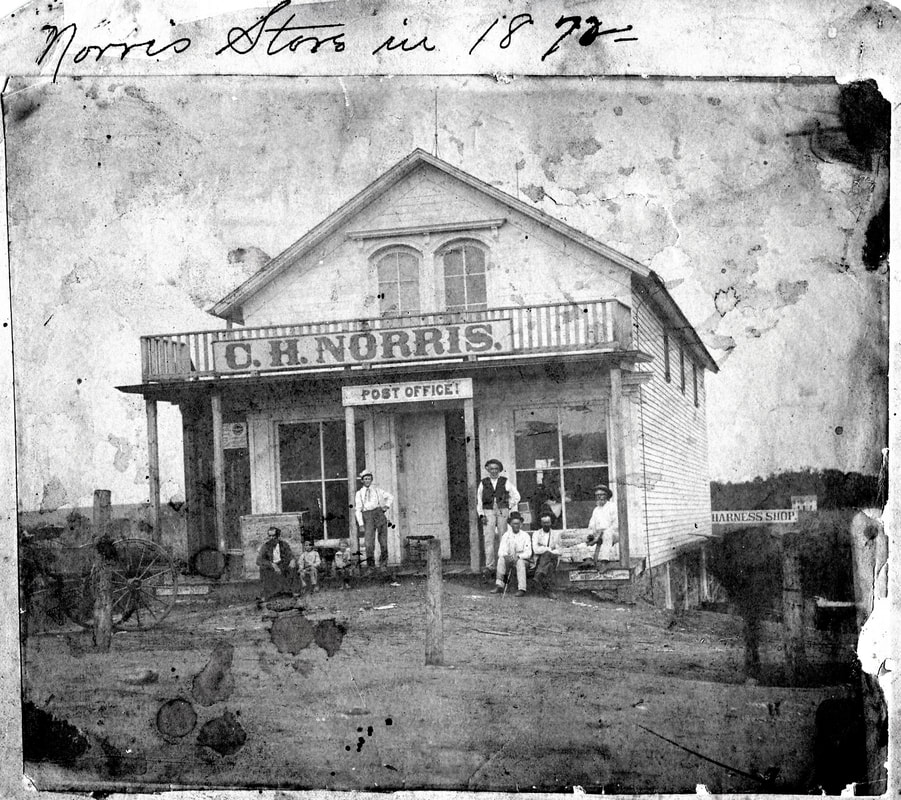 Photo 6583, this copy shared by Norris descendant Betty Ann Wilkins. The annotation of the date is hers. 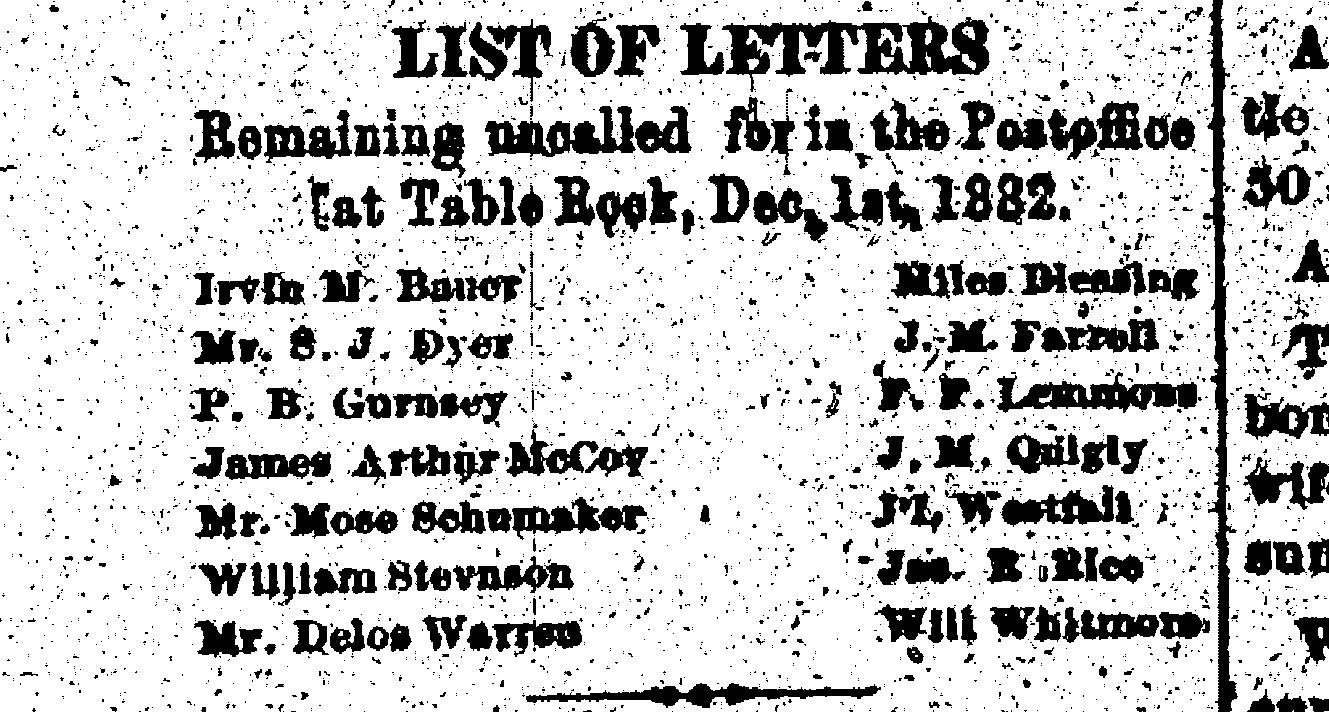 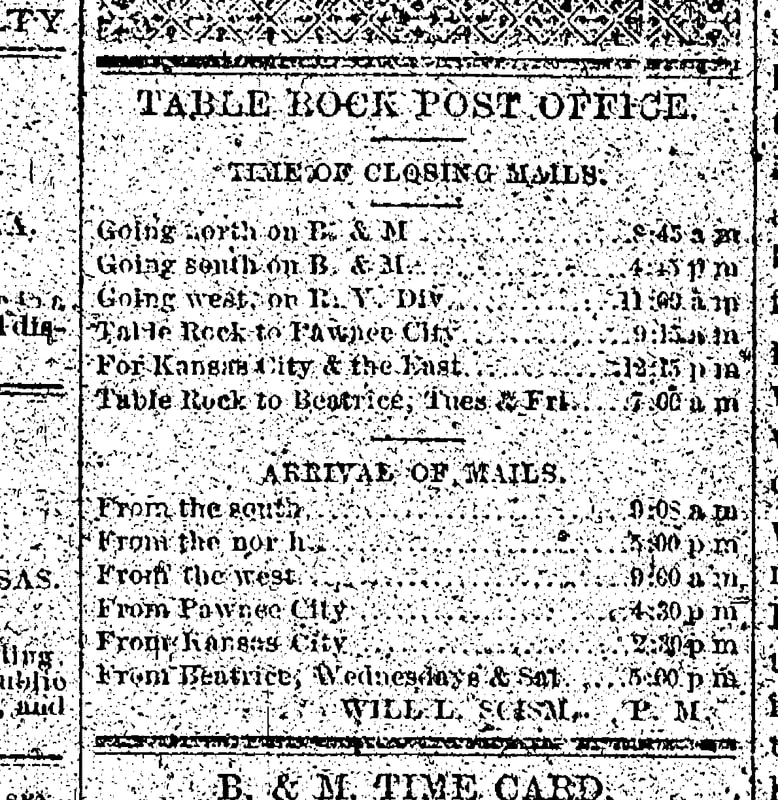 1883 Post Office schedule. "B & M" was the Baltimore & Missouri Railroad, which was succeeded by the CB&Q and then the Burlington.

Someone did NOT like the postmaster in 1893, the year this building was built.   Reportedly, at a Decoration Day Ceremony, the speaker slandered Grover Cleveleland, saying that Cleveland was a beer guzzler and while "we" were down south wipping the rebels, Cleveland was in Buffalo, drinking beer.  The postmaster cheered.

Bill Vondrasek wrote a history of the post office in 1966 and named the postmasters, one being Scott Linsley. Same fellow, I presume, as the W. S. Lindsley cited in this article: 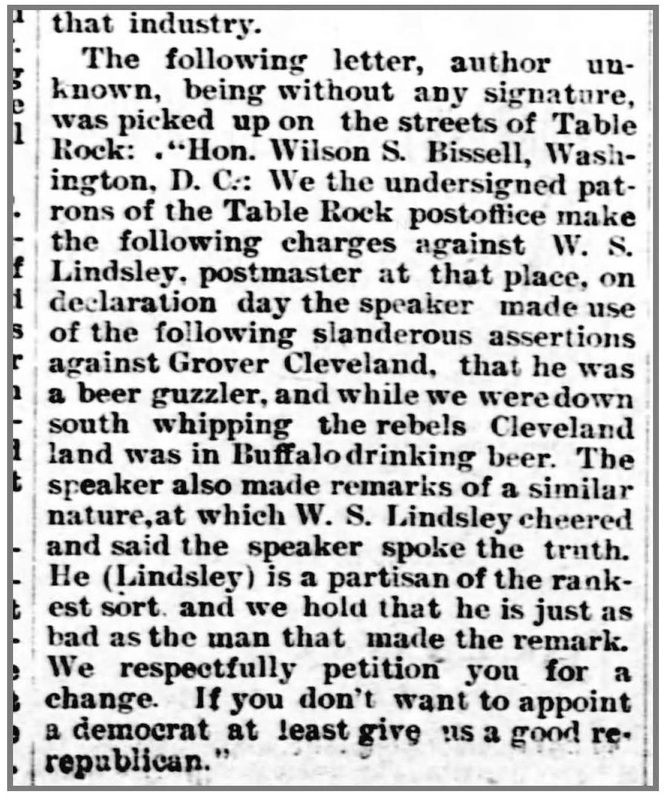 Rural Routes 1 and 2 began in 1901, and Rural Route 3 in 1904.  Art Longwell, on Rural Route 3, reportedly used a motorcycle for carrying the mail when the weather was good. 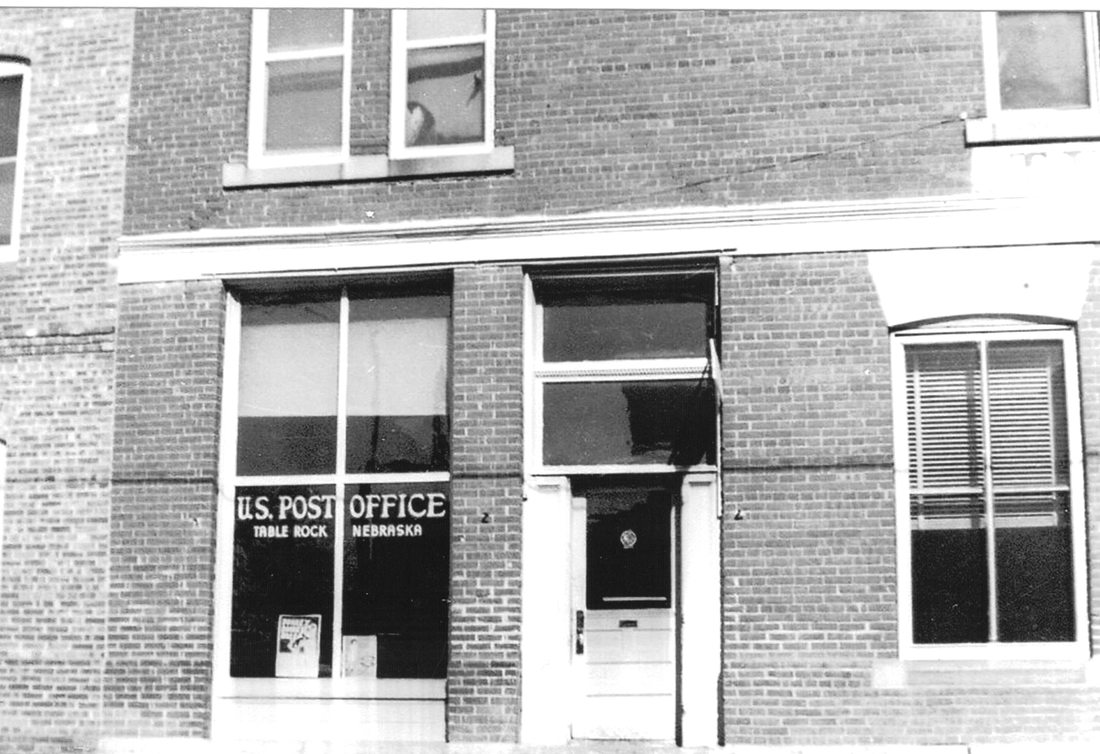 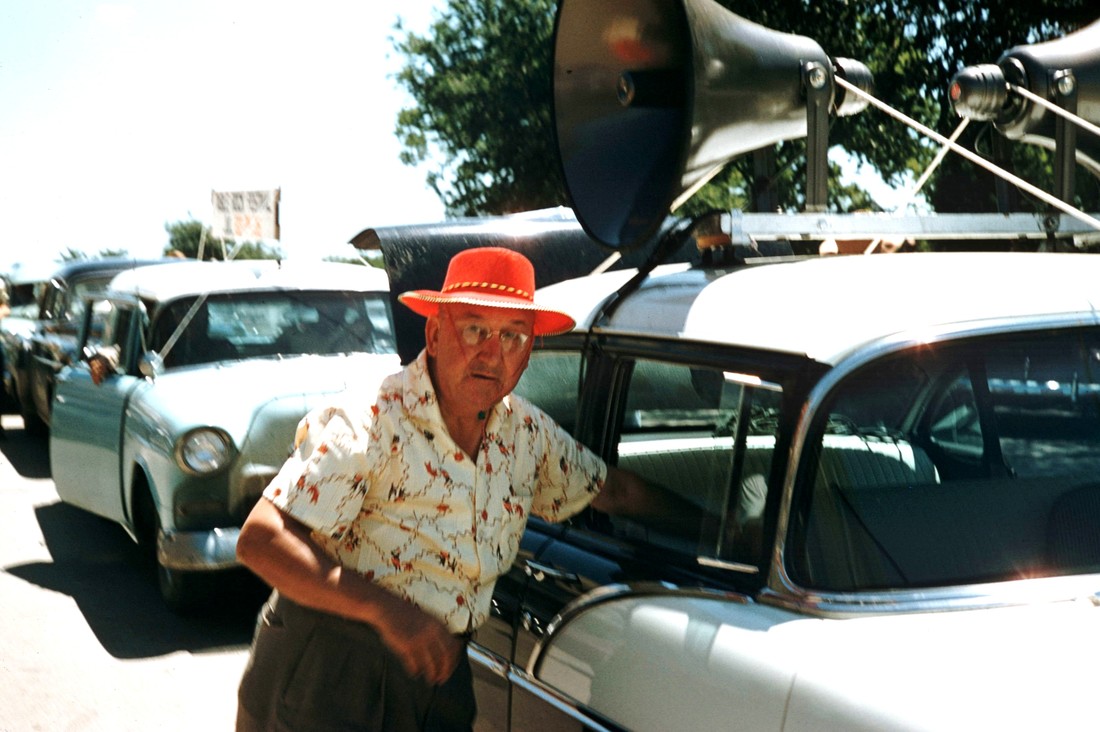 Postmaster Bill Vondrasek on a Booster trip around to the other little towns to promote Table Rock's Free Festival. 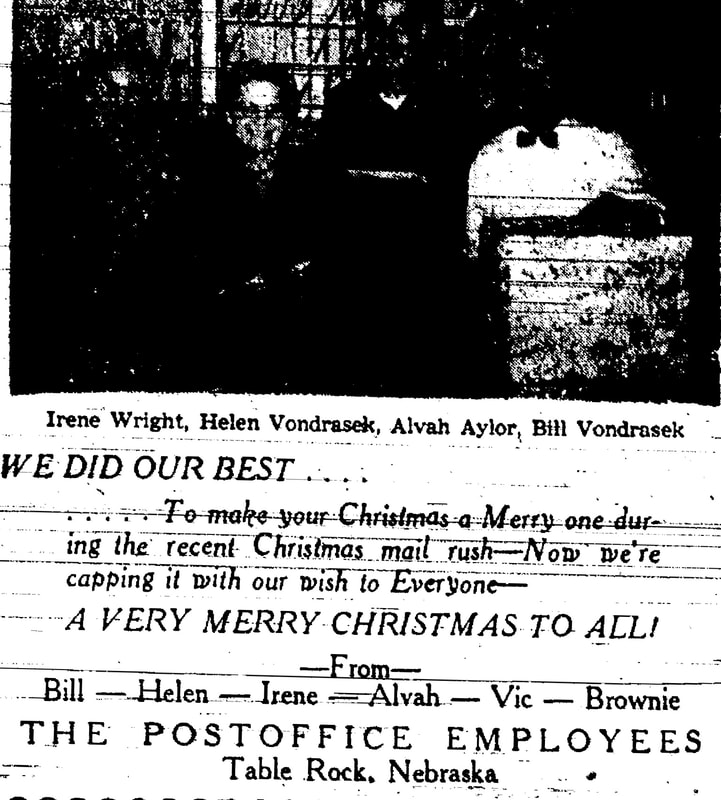 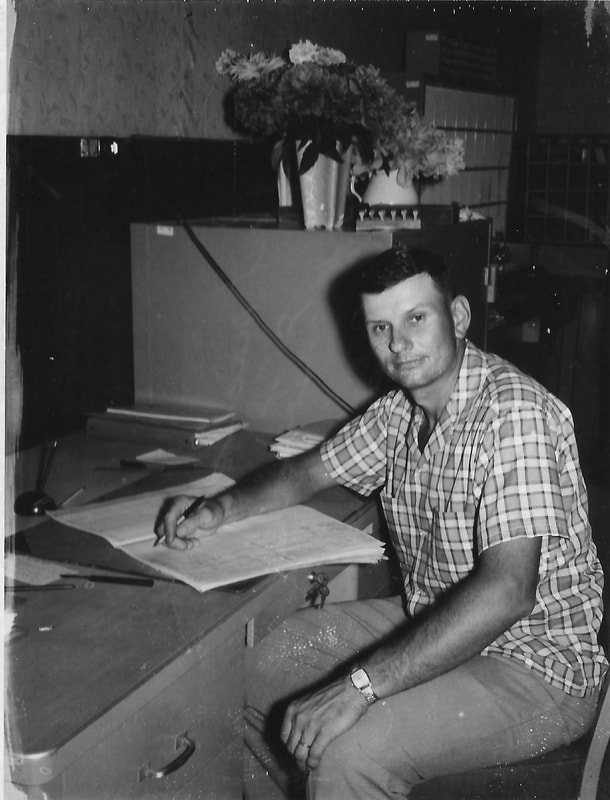 Edward Tomek became postmaster in 1964. Here's a photo that Rudy Senft took to go with a story about it. 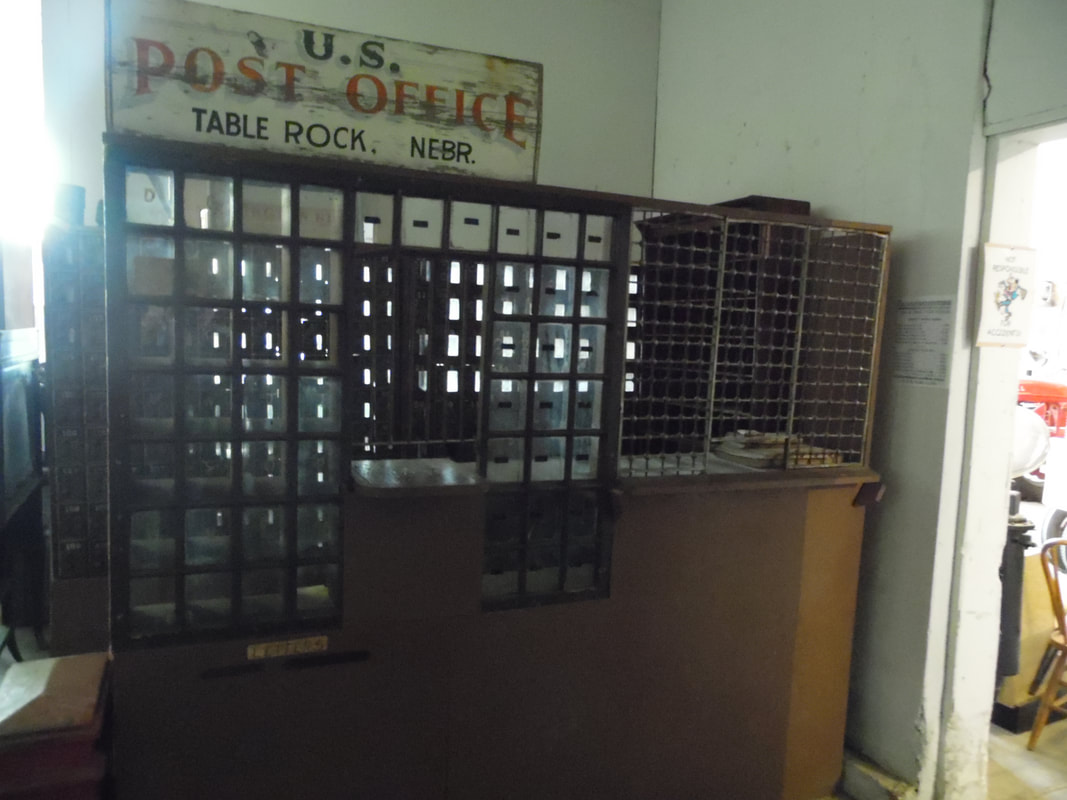 The old post office counter line, now located in the Pioneer Museum. Retired postmaster Bill Vondrasek donated it. He said that in the old days, the counter line had to be bought by the postmaster. Toward the end of his term as postmaster, the Post Office Department finally bought their own. So when the Historical Society was formed in 1965, he donated his counterline for all to see. 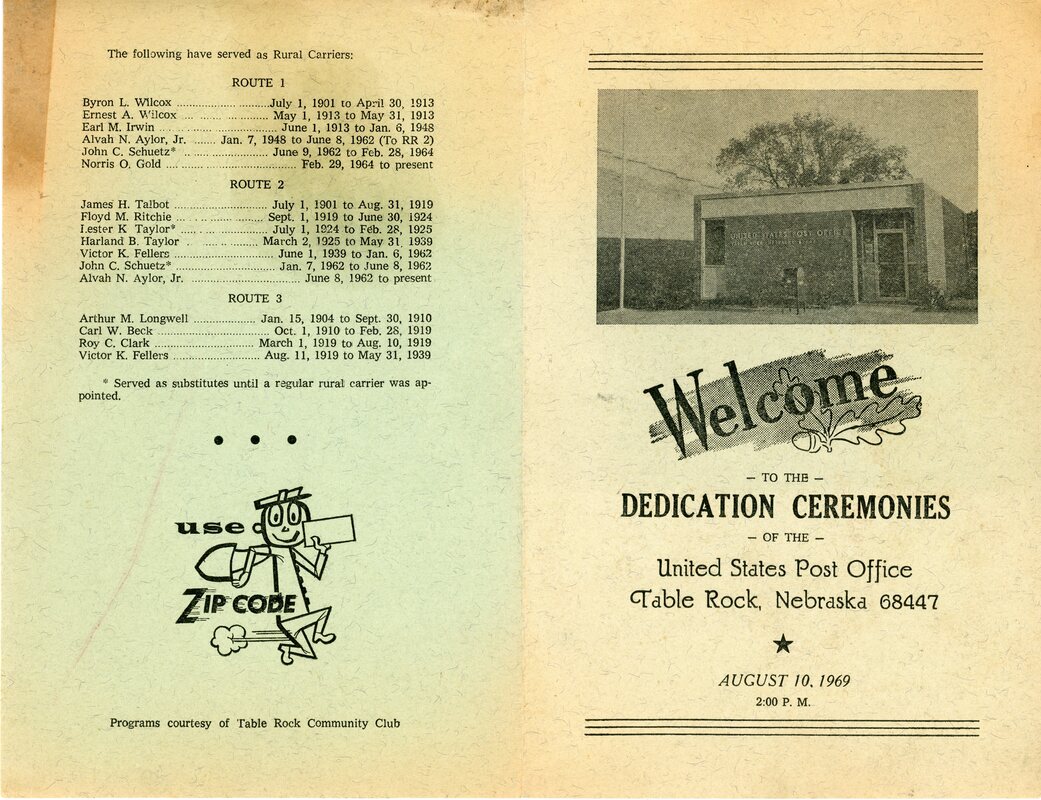 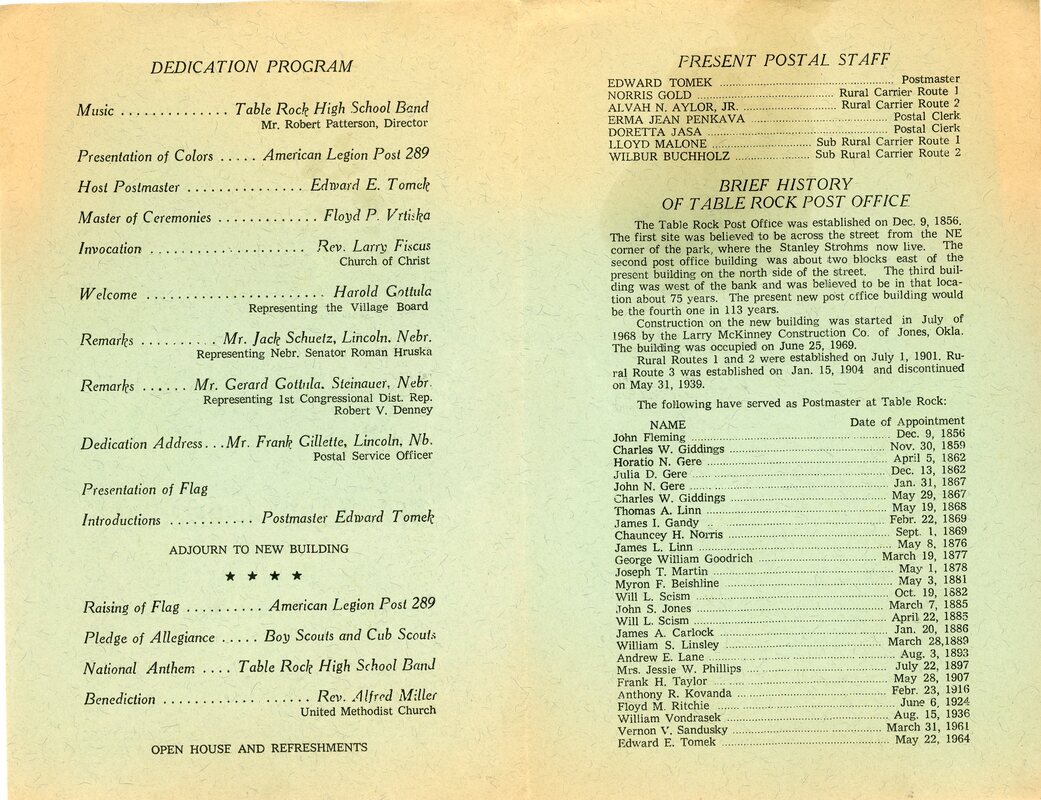