Jeanette visited Table Rock in July 2017, accompanied by her brother Jerold Bemtzinger, and by cousin Gerald Anderson, and bringing a few precious family photos.  Jeanette is descended from John and Addie Harter Herrick.  John was part of a family whose parents came to Table Rock in 1872.  John Edwin was sibling to people such as Bessie Herrick Covault.

According to the obituary of Minnie Herrick Asher, William and Mary Herrick brought their family to Table Rock in 1872, when Minnie was five.

William D. and Mary Herrick had these children:

Minnie Herrick Asher, 1867-1939.  She married Philip Asher; they had no known children.

Edward Lyle Herrick (1921-1990) married Betty Chastain and they had two children, Evelyn and Lyle.  Edward Lyle and Betty divorced.  He later married Bessie Dort; they had no children.

Here are Martha Harter & Joseph B. Harter, seen here with two of their children, Milo Albertus, known as Bert, in the back, and Addie Harter Herrick in front.  Photo 3514.​ 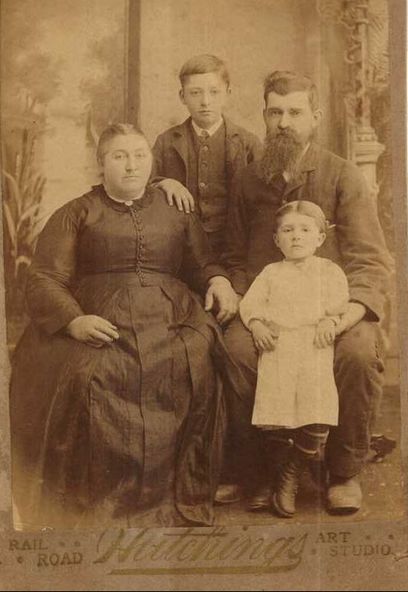 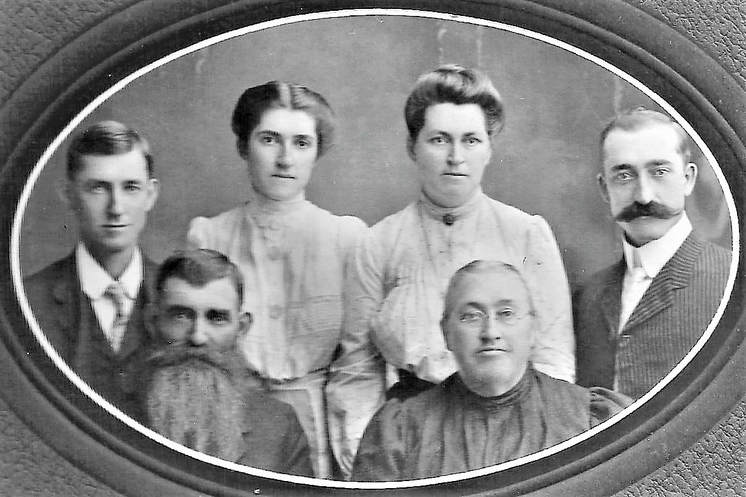 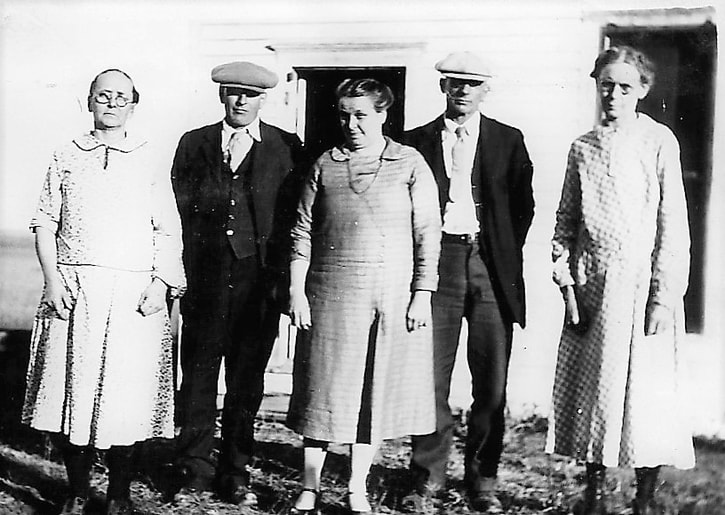 John E. and Addie (Harter) Herrick probably taken in 1903, the year of their marriage.  They were Jeanette Strauch's grandparents. 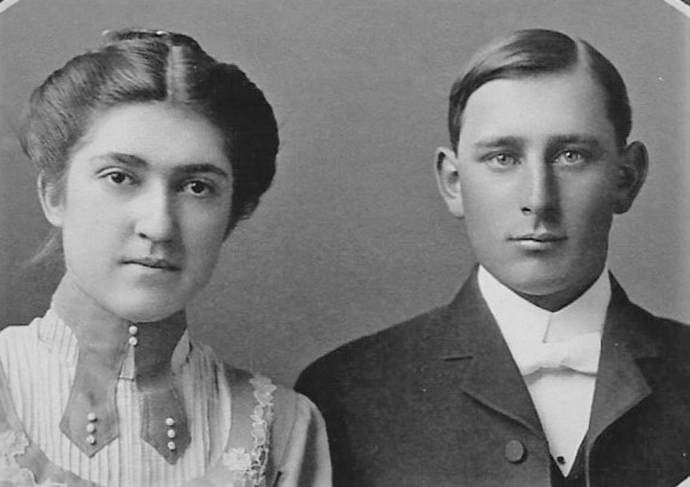 ​Ural was the mother of Jeanette Strauch, whose pictures these are.  Howard was the father of Gary (who has passed away), Lonnie, Nancy, and Dale Herrick.  Gladys was the mother of Gerald Anderson.  Jeanette and Gerald were on the tour, and they had enjoyed a nice lunch in Table Rock with Nancy Herrick and Wayne Schulenberg, Lonnie and Fran Herrick, and Dale Herrick. Glen died in 1925 at the age of 21.   Photo 3515. 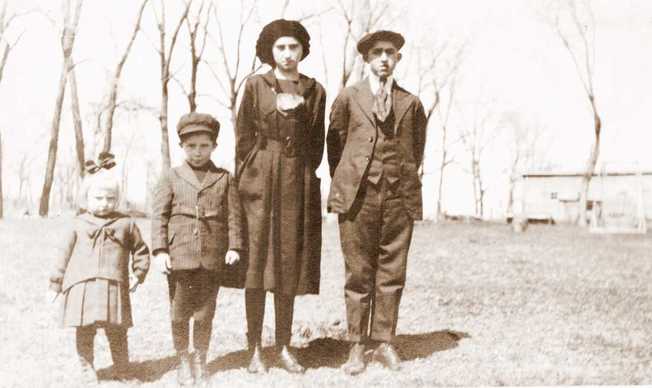 Following is a picture of Addie & John Herrick's four youngest children, apparently after the death of Glen.  Here in the front are Howard, Gladys, and Ural, with little Edward Lyle Herrick in the front.  Photo 3516. 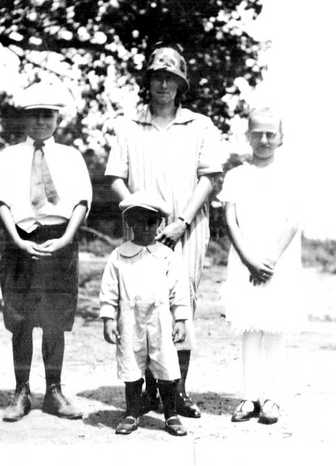 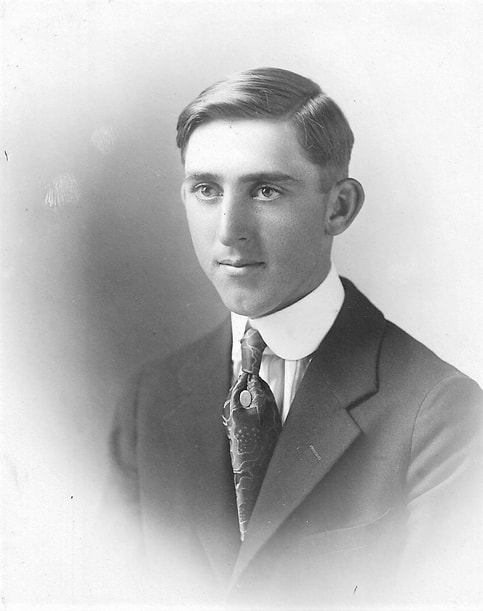 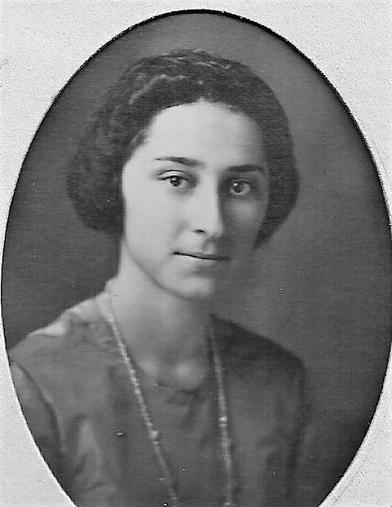 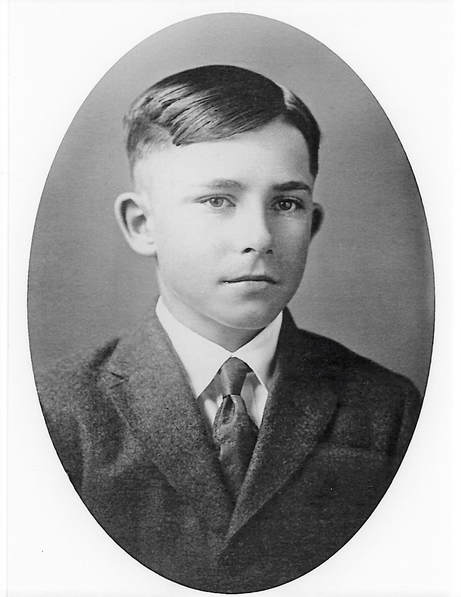 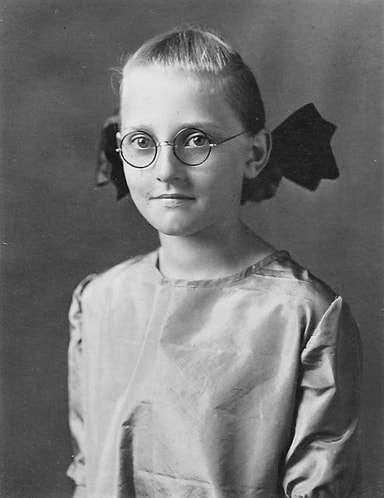 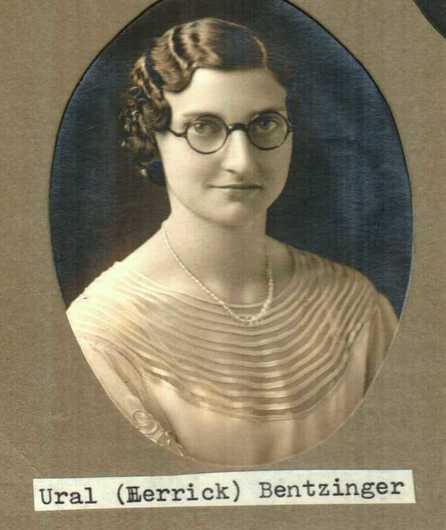 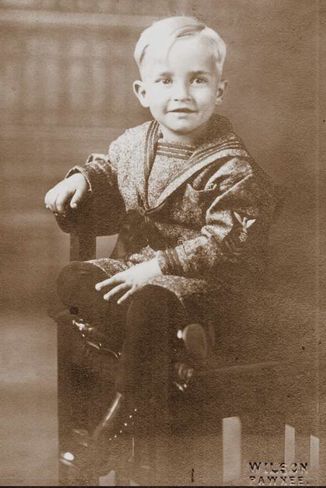 These are not Jeanette's photos, but they bear mentioning, too. 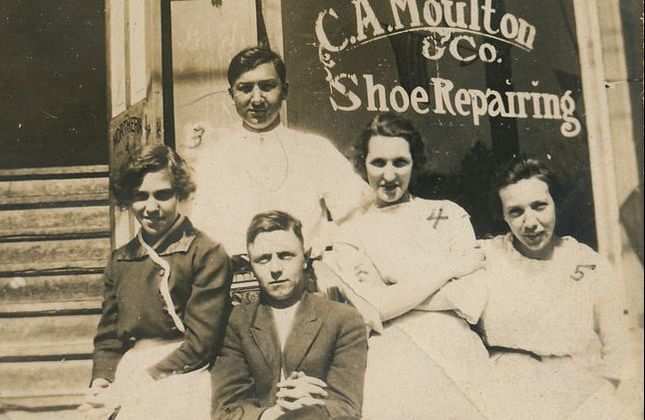 Taken in 1915 on the north side of the stairs to the Opera House, are Edna Herrick Woods (far left), John Fellers, Vera Stover Holt, and Minta Schur. In the back is William Vondrasek. Edna was the daughter of William Murray & Mary Jones Herrick. 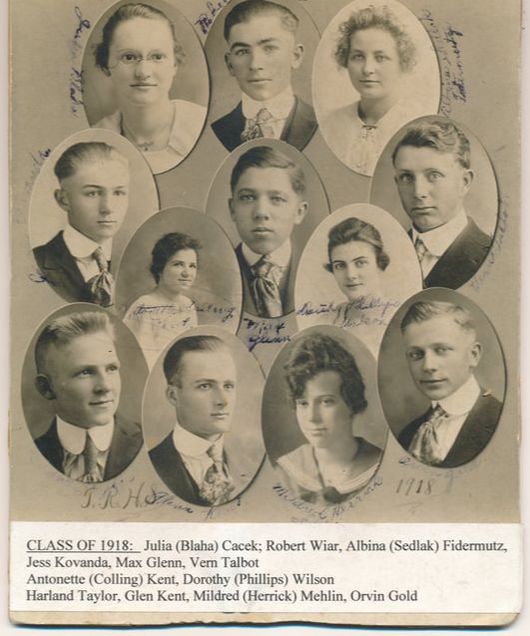 Class of 1918, Mildred Herrick Mehlin is in the bottom row, third from the left. She was a sister to Edna Herrick Woods. 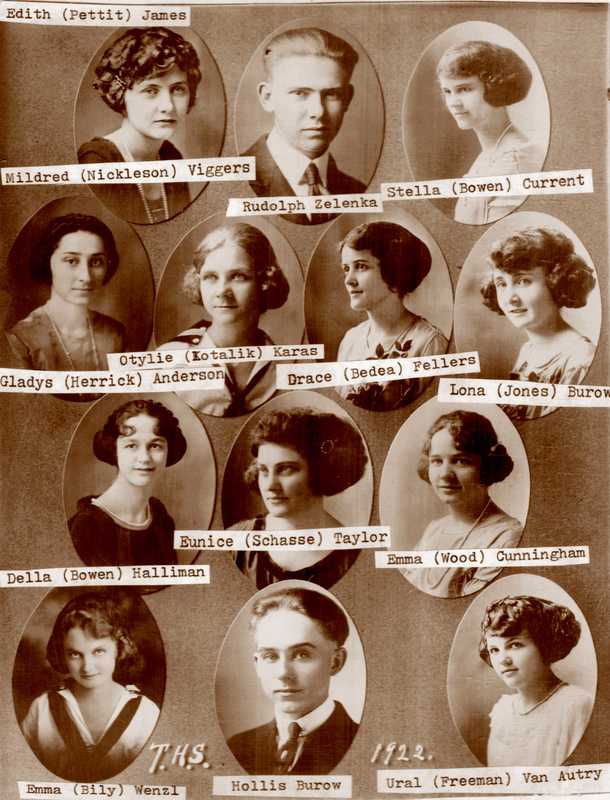 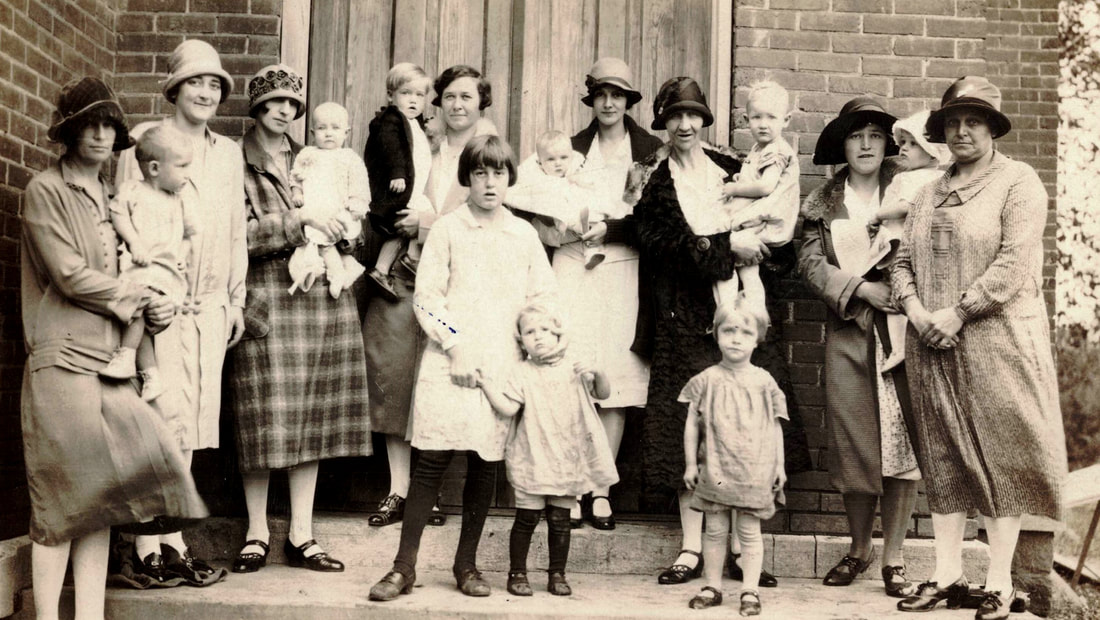 This is the Ladies Aide Group of the Christian Church in about 1928. It was shared by Brad Bowen. Lillian Bessie Herrick Covault (his grandmother) is at the far right. Bessie was one of the children of William & Mary Herrick. The names of all in this picture: ___Covault & Jean, Cora Jensen, Essie Wright & Pearl, Mary Gilbert & Dwain, Laura Day & Marian Carrie Johnson & Donald, _______, & Bessie Covault In front: Bernice Johnson, Dorothy Johnson, Lillian Covault. Photo 1770. 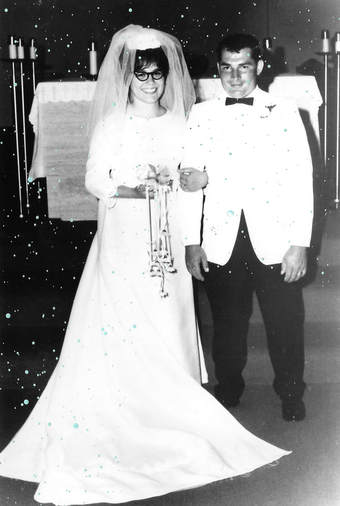