this page under construction

photo collection
of
the shepherd family
​from the epley sisters

In August 2017, four sisters, all  children , of John and Cleo Shepherd Epley came for a visit to the Table Rock Historical Society.  With them was their cousin Shrie, daughter of George and Sylvia Shepherd Alderman, Sylvia being one of Cleo's siblings, Emailing before, during, and after their visit was their Shepherd Nancy Quackenbush, another cousin, who had charged them with calling her after the visit to let her know how it went.

The purpose of the visit was to donate things.  Their children were not interested in family history, at least not now.  At the museum, others could find their own family members, plus their children, grandchildren, and so on might change their minds someday, in which case they would be able to go to the museum to look things over.  Doris Behrens, who led the group said, "I like to think that someday somebody will pick something up and be excited to discover it!"

The ladies brought a big fat book of genealogy information and pictures for the Shepherd family that has been compiled in recent times.  There was also memorabilia of their mother Cleo.  One was a costume made by Cleo when she was a Campfire Girl.  They brought with them numerous pictures, and one included Cleo with her Campfire group.  Another was a fat book of school memorabilia for Cleo, who graduated in 1924, including grade school and high school diplomas and much else.  And they brought school pictures, including individual pictures and class pictures with a few names.  Included in those pictures is a readily-identifiable young Bessie Snabl Rexroth and also pictures of quite a number of other people whose descendants will be pleased to see.  There are lot of things to scan, and a couple of other projects in line already, but everything they brought will eventually be scanned and posted here.  There is a LOT!  Love it! 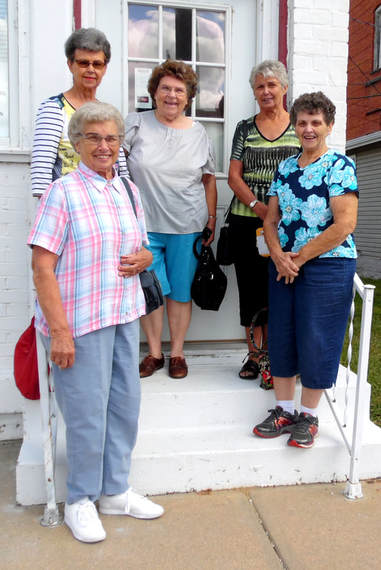 John & Cleo Shepherd Epley had five children, all girls.  They were in order of age: Darlene, Marilyn, Janet, Janice, and Doris.  Janice has passed away.

Here at the Historical Society office in August 2013 are the ladies.  In the front is Darlene Schuster of Sterling, Nebraska.  The others from left to right are Marilyn Von Groningham of Sterling; Shrie Hinrichsen of Pawnee City, Janet Lubben of Lincoln, and Doris Behrens of Sterling.

the "two-way inn," soon to be known as the reno inn!

The ladies' grandparents, William and Francis Harris Shepherd, were the proprietors of the grand Hotel Murphy, a large and fancy railroad hotel by the depot. When it burned down in 1930, William Shepherd quickly rebuilt.  It was a much smaller brick building within the foundation of the Murphy.  It was first advertised as the Two-Way Inn but quickly because the Reno Inn, the name most everyone knows.  Here are a couple of pictures of it as the "Two-Way Inn."  They are not great quality pictures but we are very pleased to have them as we have none from this period of time. 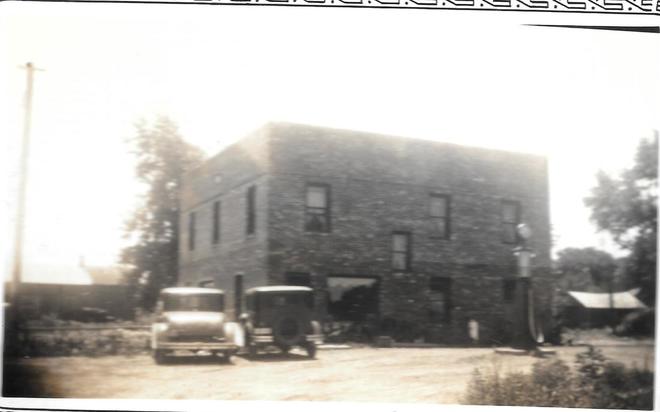 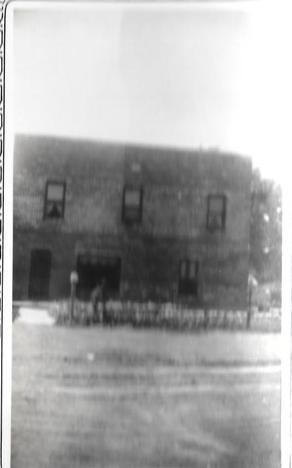 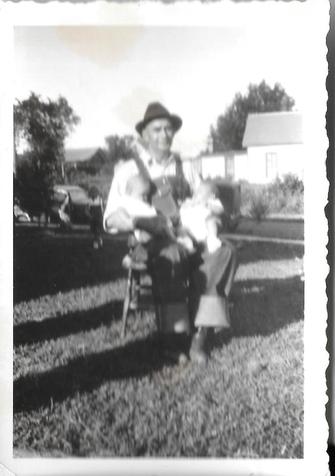