This page is under construction
Go back to Table Rock, the Museum Town

around table rock:
​other places to see, things to do

There are plenty of cool places to see on a day trip around Table Rock.  Some are small and don't have regular hours, but you can almost always get a personal tour for the asking, and it is really worth the erffort of getting there.

first a map. This is just for context. There are plenty of accurate, detailed maps out there.

the harold lloyd museum in burchard 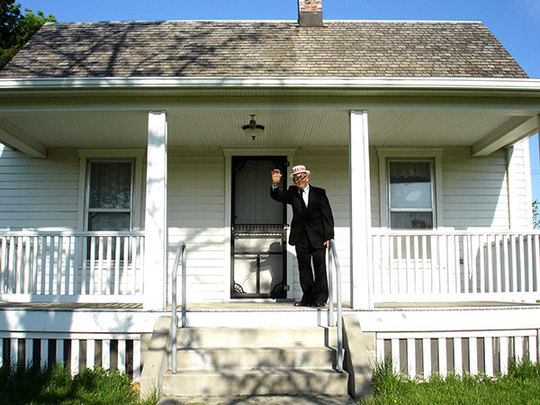 the home where he was born, and his home in california

a visit from harold lloyd's granddaughter suzanne in 2017 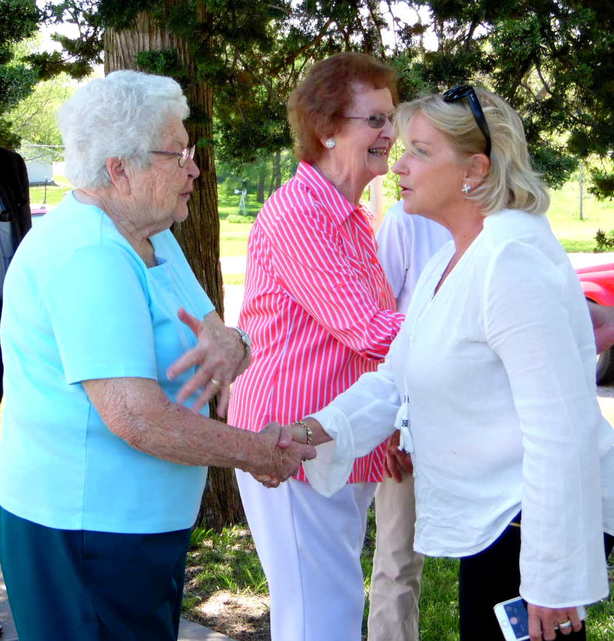 Suzanne Lloyd & friends visited the museum. Here, Esther greets Suzanne Lloyd, and Yvonne Dalluge is in the background. Both Esther and Yvonne are with PCPN.
By Sharla Sitzman

Suzanne Lloyd paid another  visit to the tiny house where her grandfather, silent movie star Harold Lloyd,was born. It’s in Burchard, NE, population 105, and owned by the Pawnee County Promotional Network, which could be described as the county tourist bureau.

Suzanne was raised by him.  She was friendly and kind and talked about Harold and his family.  Some anecdotes one might find in a biography.  For example, at one point when Harold was very down and out, he lived in a tent on top of a hotel on Avenue A in San Diego.  His father had stolen all his money.  But he still loved his parents and tried to take care of them.  Home and family were very important to him, as his years growing up were not real stable.

Here’s my favorite, though. Suzanne said, “He loved telling people that he was from Nebraska, brought it up all the time.”  And you could suspect  his Midwest roots by the food that he liked: “He loved pot roast and potatoes and biscuits and gravy.  He was a meat and potatoes kind of guy.”

About his cooking skills, she said he had no idea how to create any of his favorite concoctions.   If you had handed him a piece of bread, he probably couldn’t have operated a toaster.” This about the guy known for his wild hair-raising stunts.  “He would go to the kitchen at night for a snack – saltine crackers and milk.  He had no idea how to toast bread, but he could open a package of crackers and he knew how to take the lid off the milk.  That was his night time treat, crackers and milk.”    Now isn’t that a picture? A man and his crackers.  And milk.  From Nebraska.  The man, maybe the crackers, too.

Suzanne also said that this year is the 100th anniversary of Harold’s adoption of his trademark glasses. And next year would be his 125th birthday.

In looking at pictures of him and reading some stories about him, it seems that he was nice in the nicest way.  One article says that he left acting “gracefully” to spend time with his family..  He was a Shriner in Los Angeles and apparently did many good works.  He was given an honorary Oscar in 1953 and described then as a master comedian, and also what one did not see in Hollywood as often as one would wish, a "good citizen.”

Suzanne got a sliver of information from Esther Tegtmeier of Burchard, who has helped care for the museum for a long time.As everyone was standing out on the front porch on a fine May day – Suzanne, Hughie (her brother I think) and others – Esther stood at the rail and pointed down the street. Esther is a quiet lady who doesn’t talk much, but she spoke up: “There was a lady over there who told me she used to babysit him.”  Is it true?  Who knows.  The Lloyds didn’t live there a long time.  But I’d like to think it absolutely true.

So go  watch a Harold Lloyd movie.  Check out Billy Blazes. My favorite is the Kid  Brother; it has lovely and heartwarming humor and lovely creative scenes.

By the way, Suzanne was here to go to commencement exercises in Henderson, Nebraska.  The students she saw graduate had written to her when they were in the 4th grade and asked her to attend their high school graduation.  She wrote back that she would like to, if her schedule permitted then.  They wrote to her every year and a friendship developed.  And so she came, saw them graduate, and went to some of the graduation parties.  The students made a board with photographs of themselves modeling their own “hair raising” looks like Harold.  Over the years they had become extreme Harold Lloyd fans.  She brought gifts for all of the kids. Cool story.
Story in Parade Magazine about Suzanne Lloyd 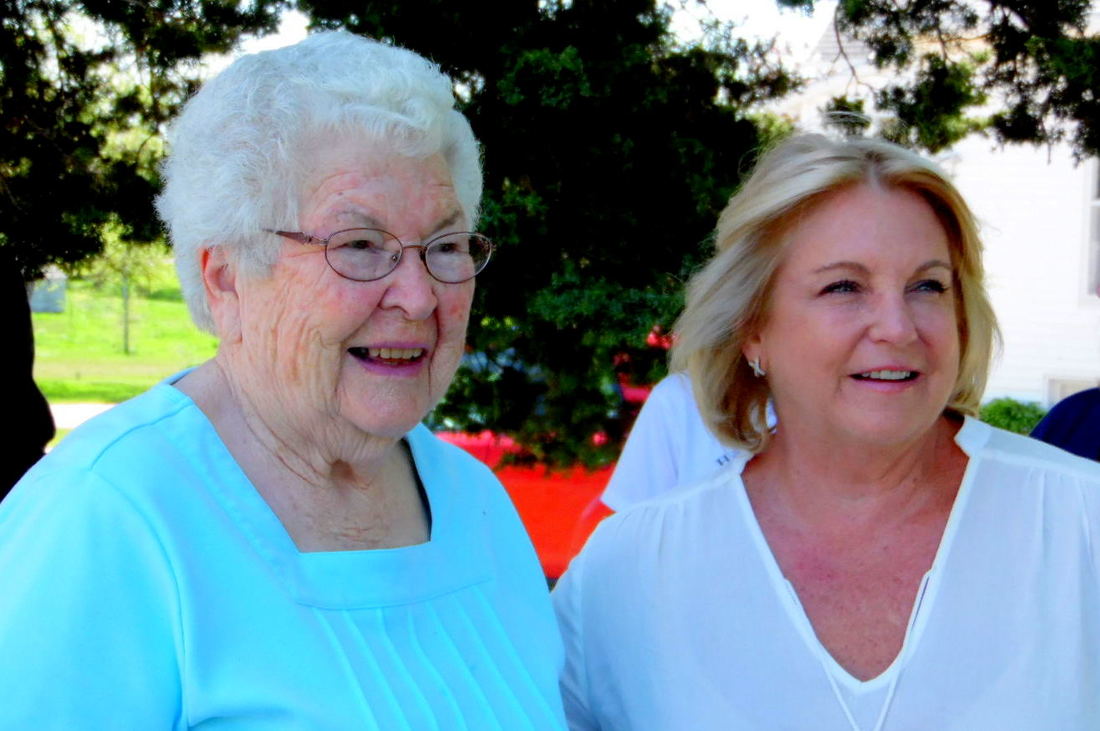 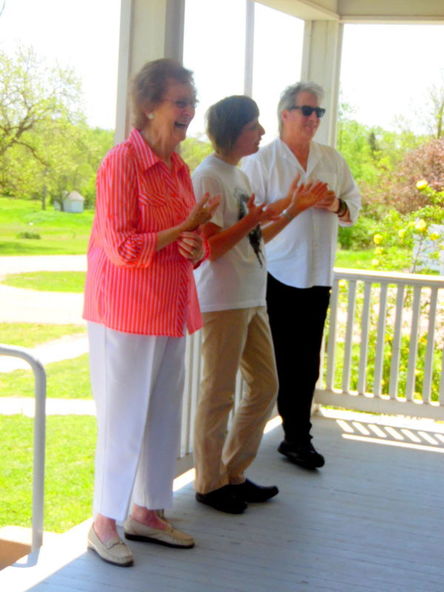 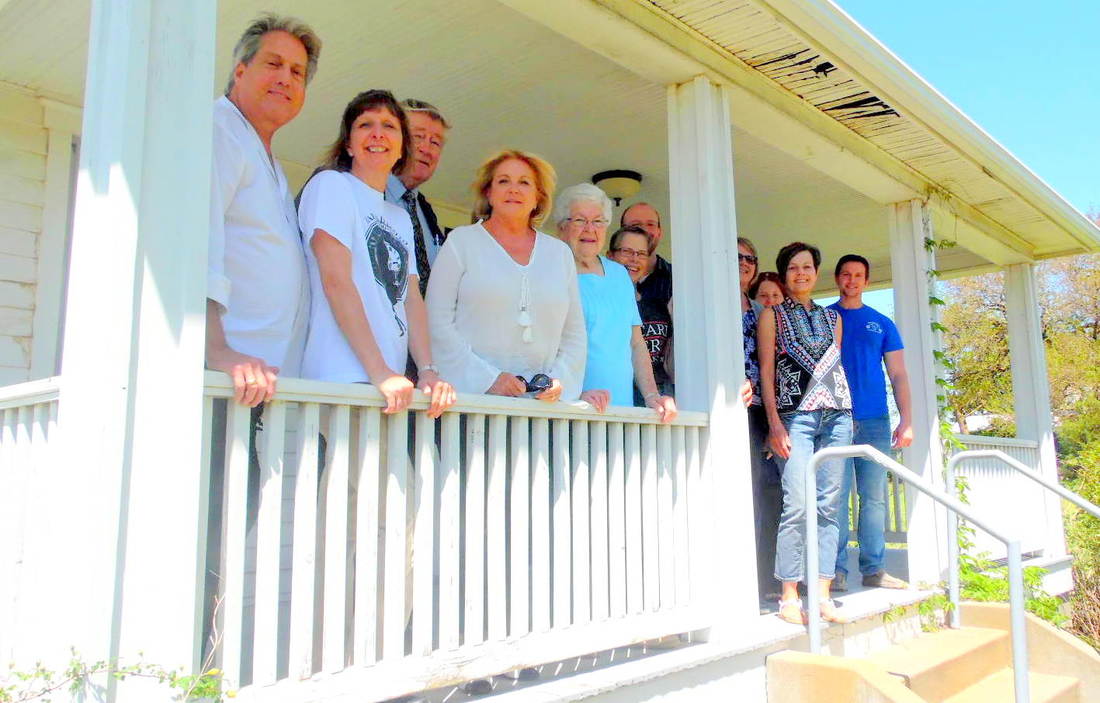 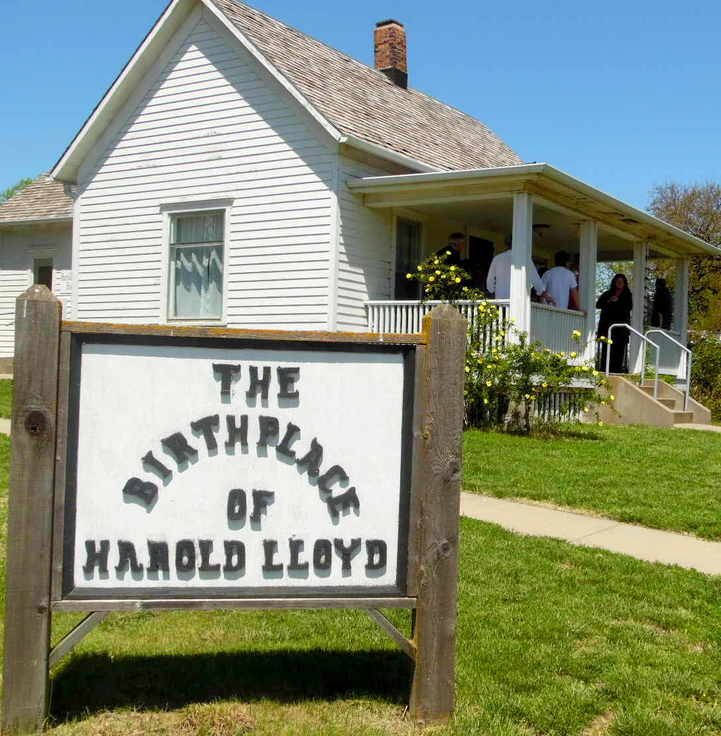 the heritage house in steinauer

We are just north of the Kansas line, so don't overlook Kansas!  Summerfield is worth a trip.  The Transue Brothers Blacksmith and Wagon Shop has been continuously operated since the town was founded, and has had only four proprietors.  It's a business.  It's a museum. It's both! Take a trip down there.

And check out the town's new restaurant. A few years ago, people in town built the building. They had no idea who would run a restaurant but they wanted a restaurant so they built it with the hopes that somebody would show up to run it. 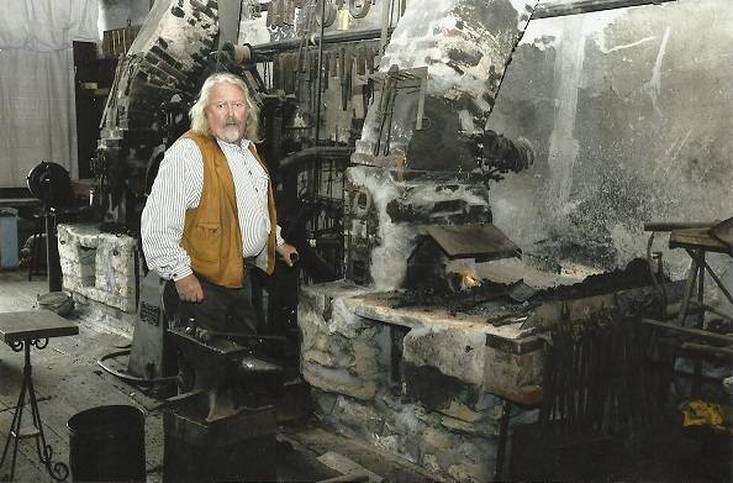 the miles ranch, southeast of humboldt 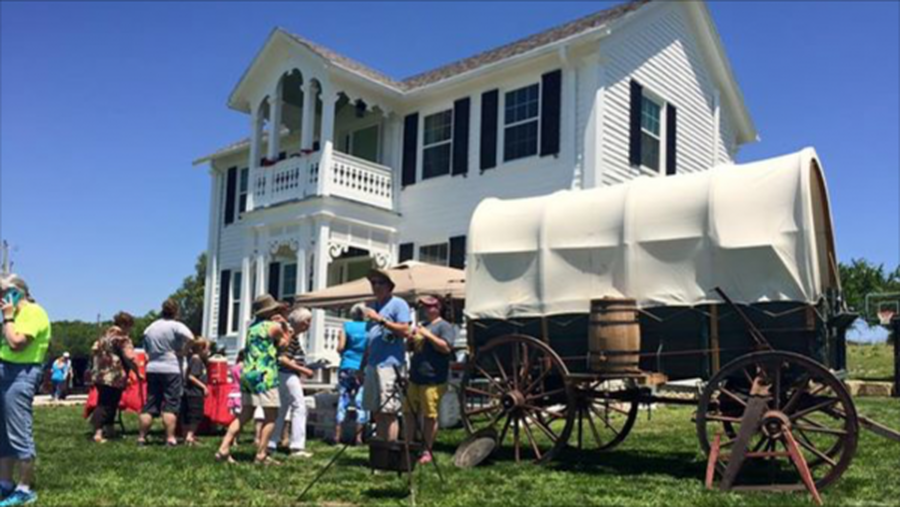 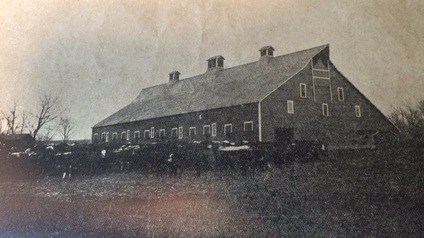