Buried in the Table Rock Cemetery: Martin and Sophie, their daughter Frieda and her husband Archie Harris, their son Carl and wife Bernice; and Deanna Oellerich, wife of Martin and Sophie's grandson Carl Roger Oellerich.  Deanna's children include Paula Oellerich.

Carl P. Oellerich was one of Martin & Sophie's children.  Here he is in the Navy, on the left (Photo 3075) and here is his wife; her first name was Geraldine but she went by her middle name, Bernice; no date on this photo of her (Photo 3072).

Carl and Sophie had at least 11 children.  Their three youngest were girls, trwins Margaret and Mary then Orena. The girls are not buried in Table Rock, but Clyde's family pictures were taken here.

Here are Margaret, Mary, and Orena with their dolls, Photo 1920. 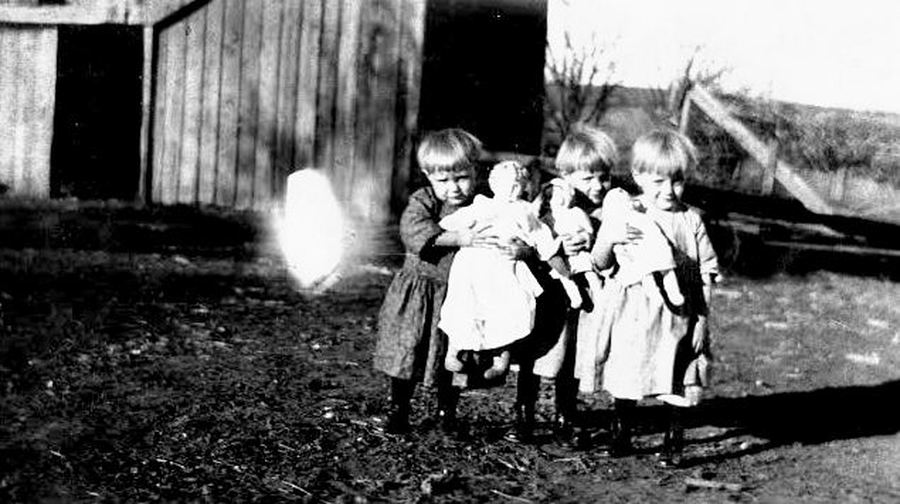 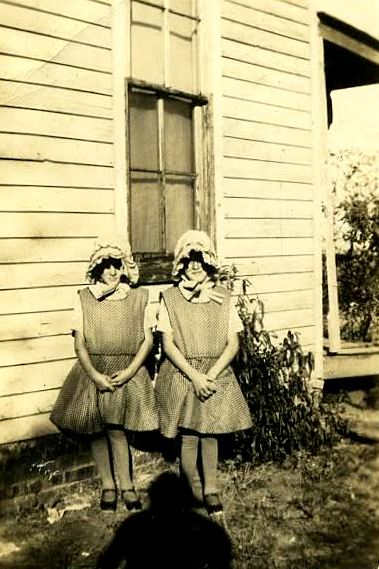 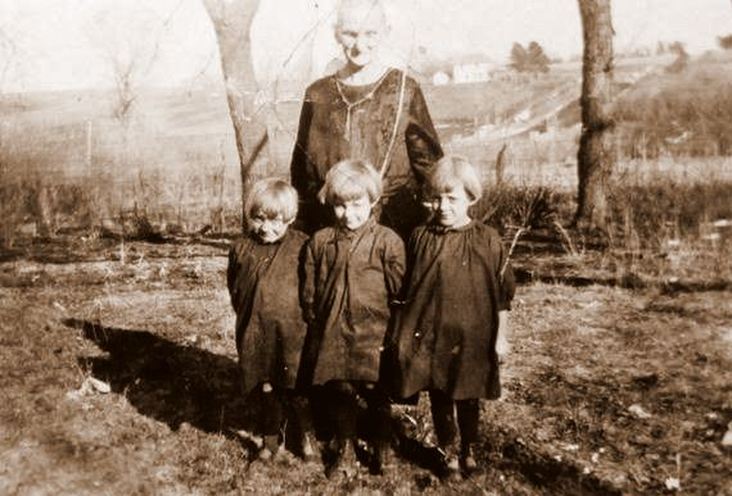 Below, four generations in 1964, from Paula Oellerich, the baby in the picture!  With baby Paula are her father, Carl Roger Oellerich, Carl Roger's mother Geraldine Bernice Oellerich, and Bernice's mother, Leona Johnson. 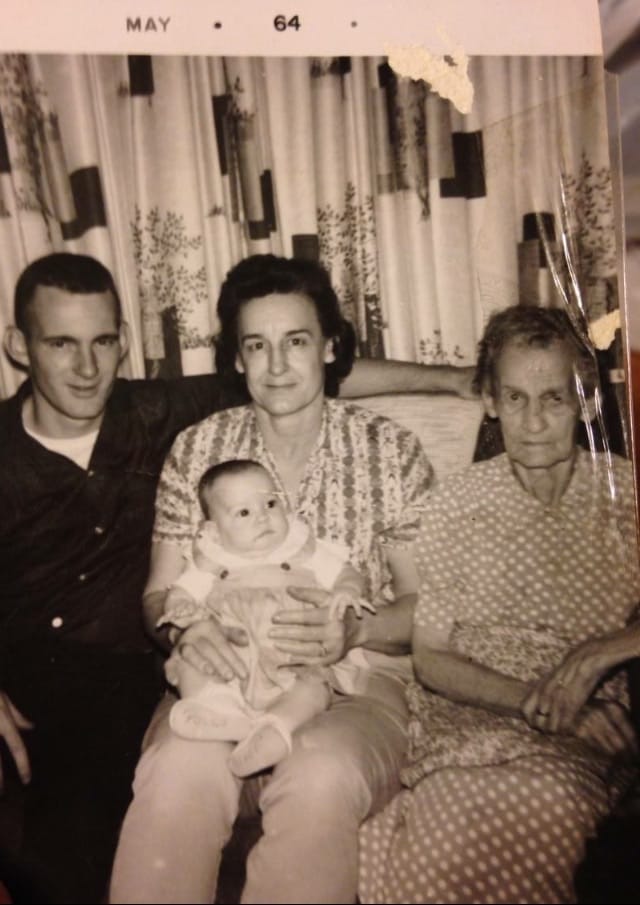 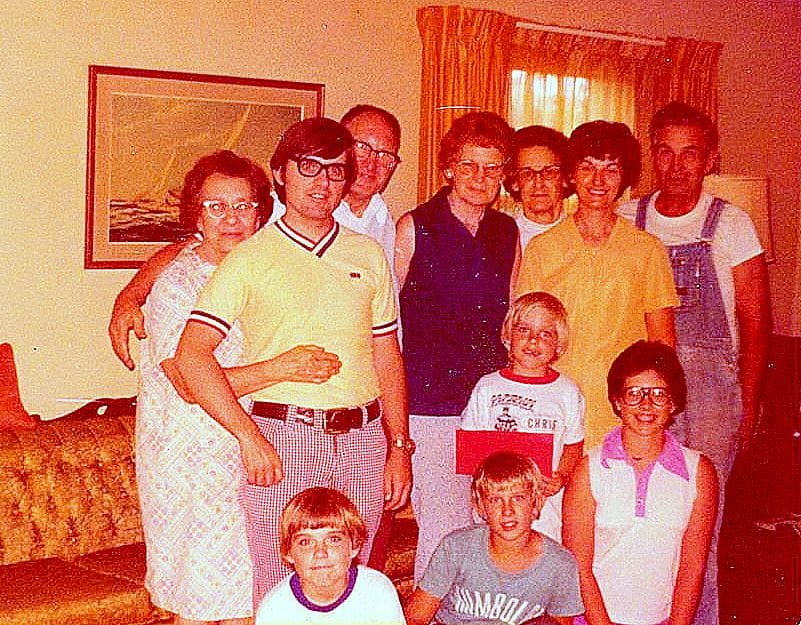