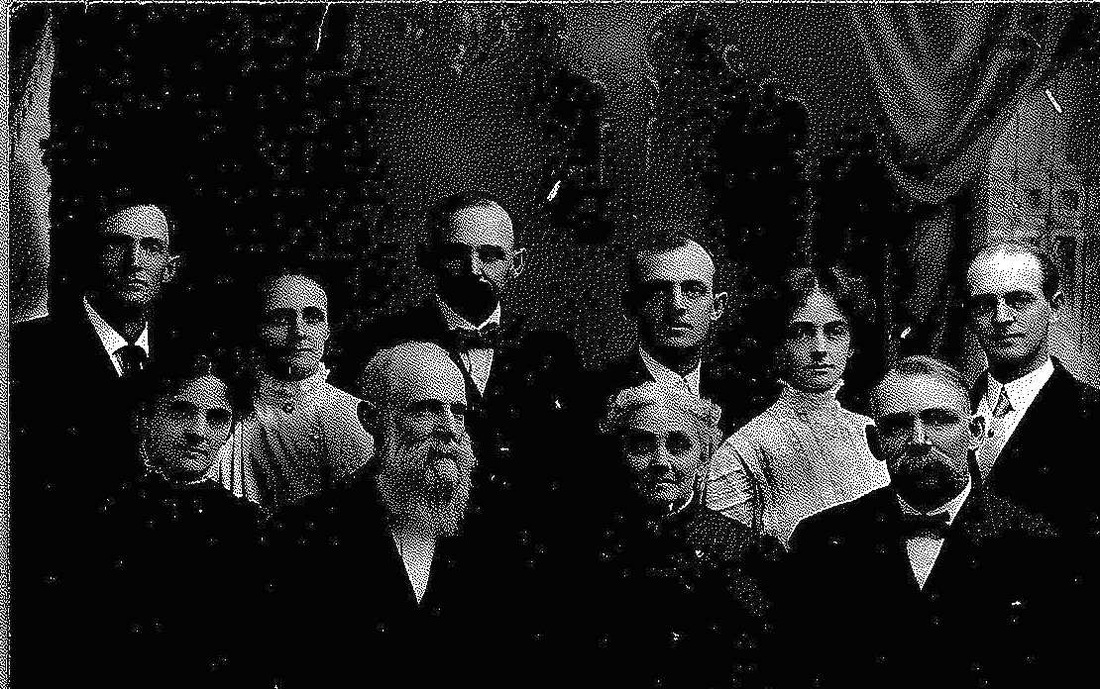 1902 - Photo 83, the 50th Anniversary of Mrs. and Mrs. Dimon/Diamond, who were pioneers here, has pictures of many other pioneers in it,n notably Lydia Holmes (Lydia Griffing, widow of John Gere, who was killed by Indians, later remarried a Holmes), Uncle Benny Ball and wife, Taylors, Talbots, Marble, Griffing.  The Norris family is represented here, too.  It's too bad the picture is so fuzzy (as is the original).  A list of people that accompanies the picture identifies Mrs. C. I. Norris, Mr. C. H. Norris, and Mrs. Fannie Norris as being in the back row, fourth, fifth and sixth persons. It's kind of difficult to figure out what the back row is, too.... 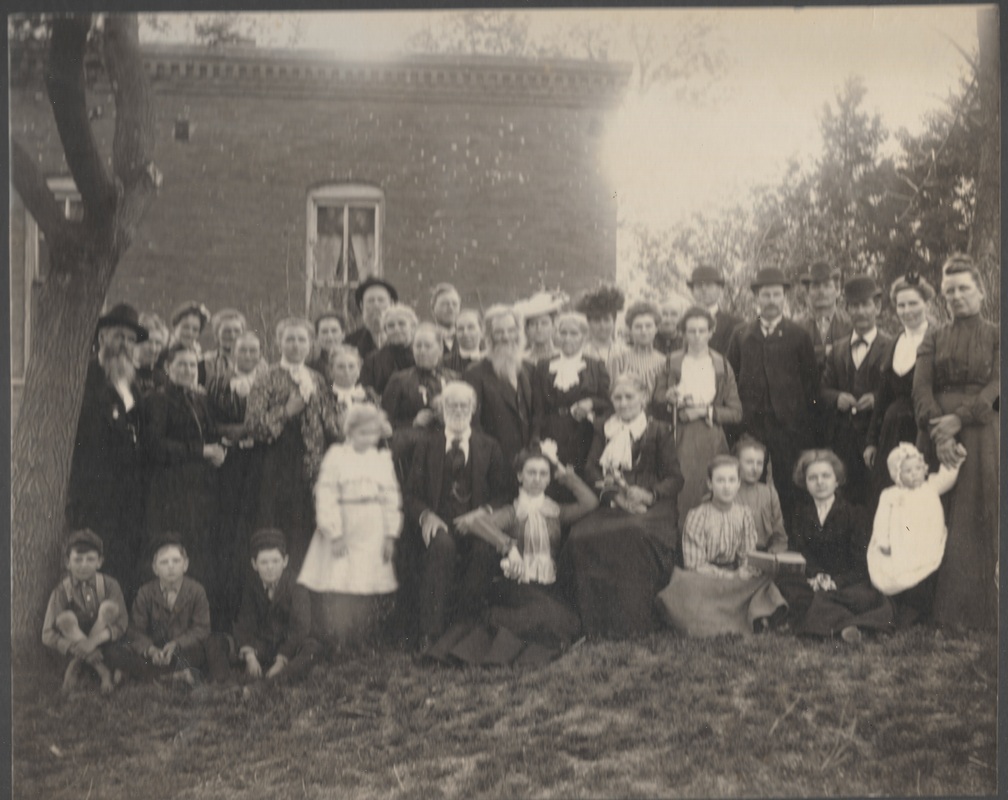 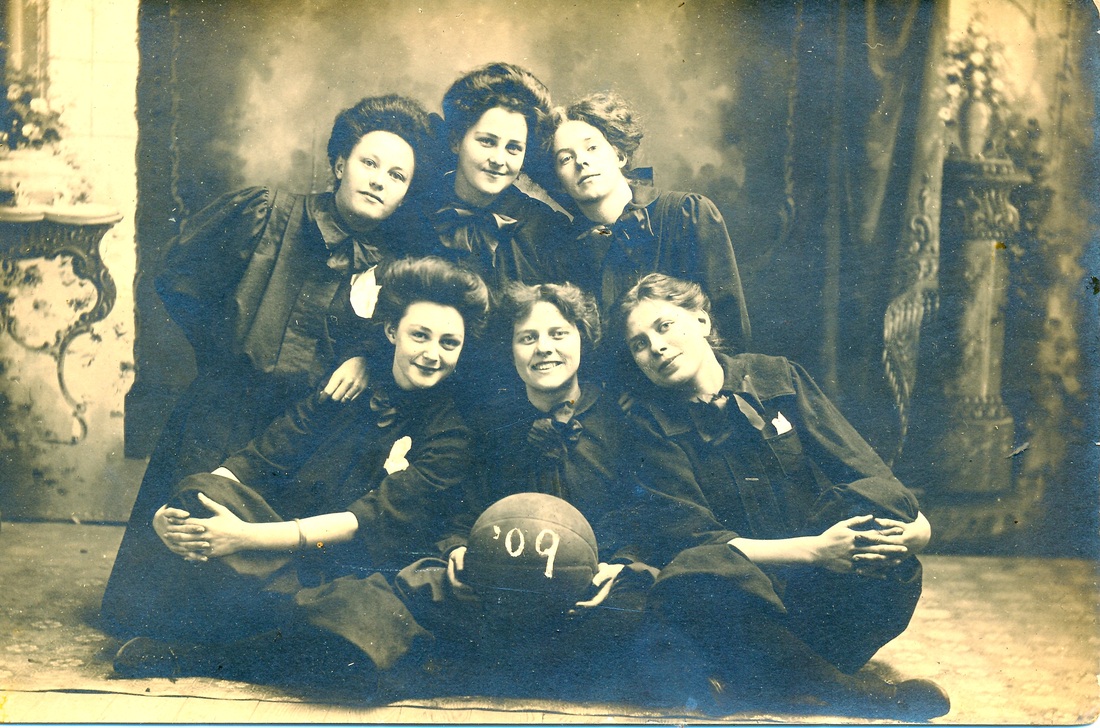 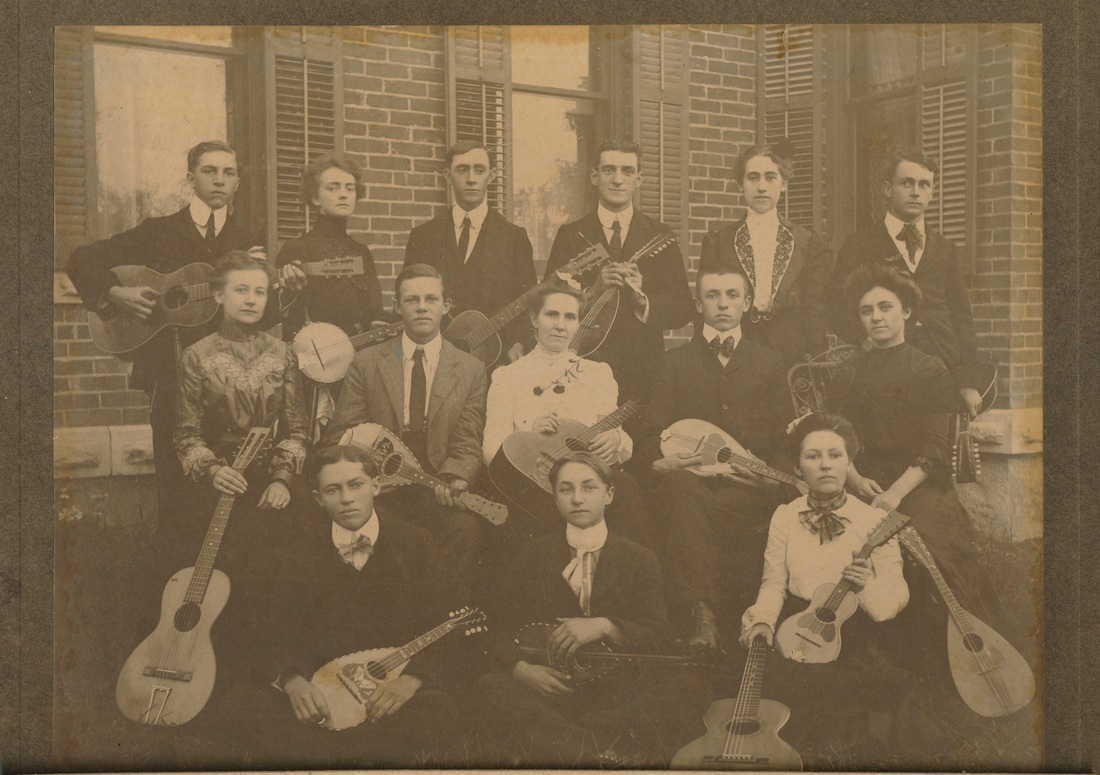 Photo 162: Photo annotated that it was taken when the first clay was taken out of the Norris Pasture by Table Rock. 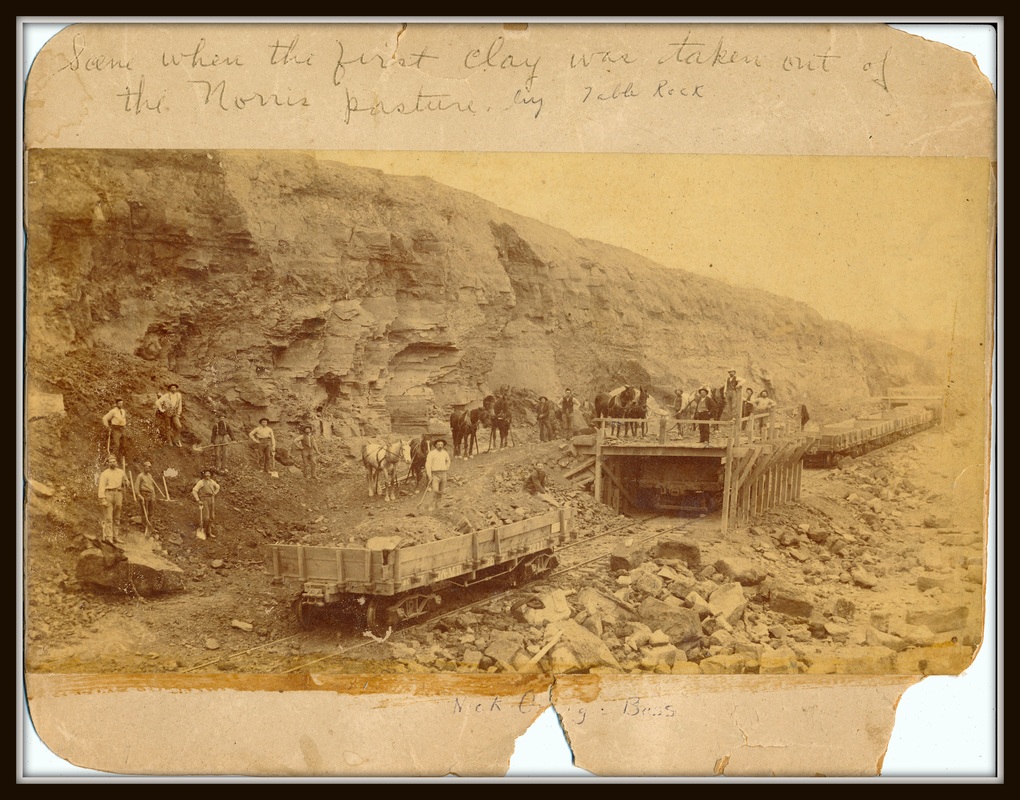 1907 - Photo 647: Charlie Norris is on the far right of this photo that says it was taken at the "Chambers Place, two blocks west of the fountain.)  All of the people:  Charlie Chambers, Clyde Barnard, Harry Freeman, Irene Freeman, Charlie Norris. 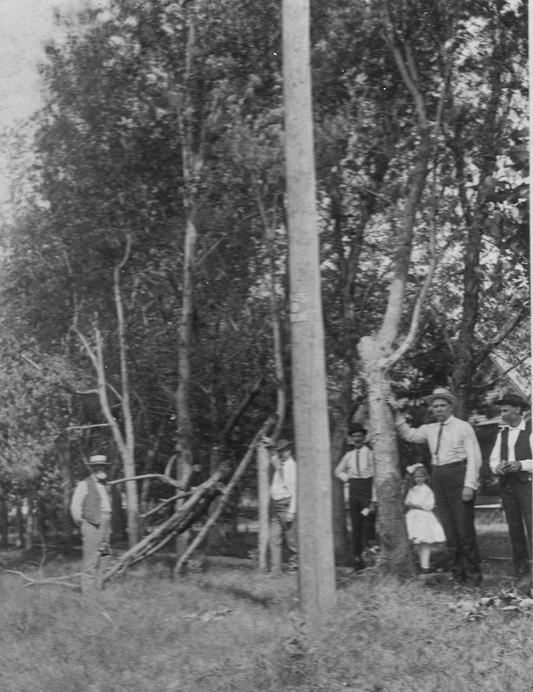 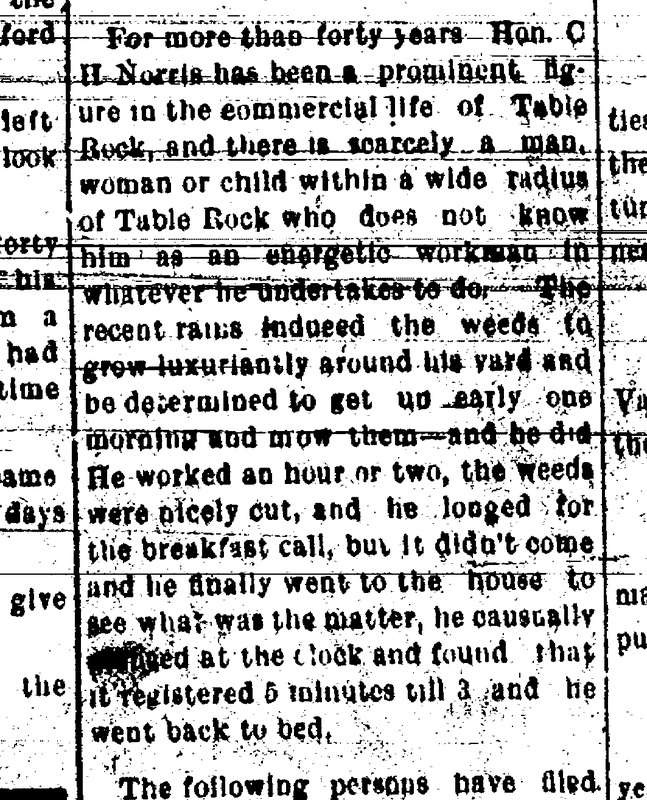 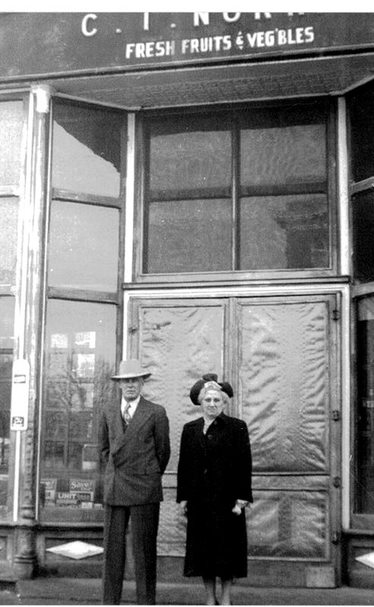 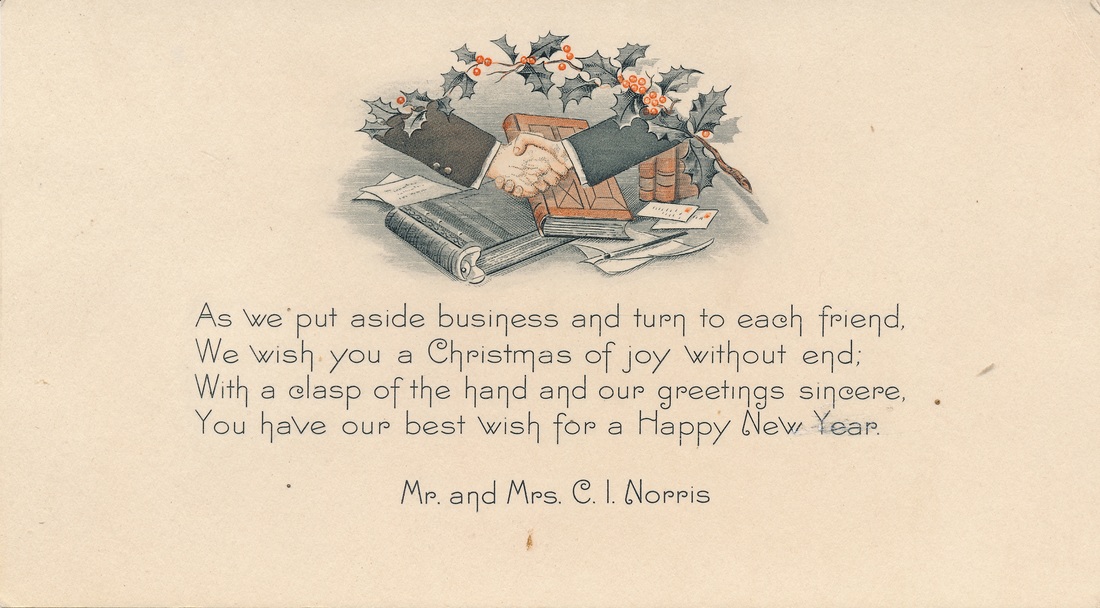 C. I.   had a son Edgar. Edgar & his wife Frances had a son Charles H. Charles H. and his wife Arlene a son Bob, and Bob and his wife Dee were in Table Rock on Memorial Day 2018 with their son Patrick and Patrick's children Parker, Charlie, and Maisy.  They'd been to the cemetery, family tree in hand, searching for their roots.  In the Argus they found a family portrait of Fannie & Chauncey Norris and family, including Bob's grandfather, C. I. 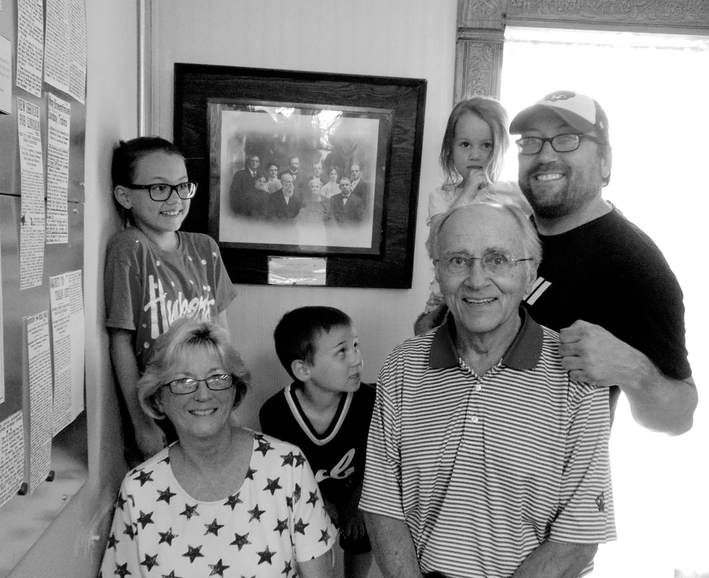 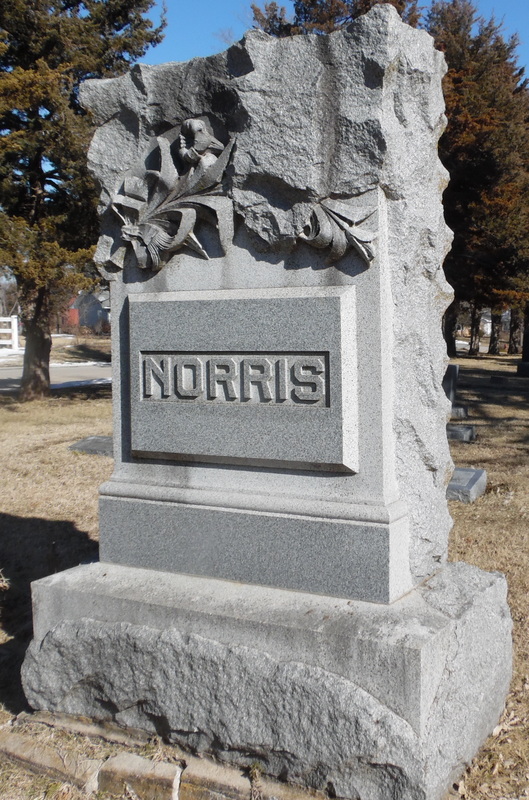 1957 Obituary of Sue Norris Phillips from the Pawnee Republican:

Mrs. Sue L. Phillips , a life-long resident of Table Rock, Nebr. passed away at the Pawnee County Memorial hospital in Pawnee City, Nebr., Feb. 3, 1957. She would have been 93 if she had lived until March 9th.

Sue L. Norris was born at Falls City, Nebr., March 9, 1864, the daughter of Chauncey H. Norris and Fanny C. Gibbings Norris. She came to Table Rock with her parents when a very small child and lived here until her death. Mrs. Phillips had been in failing health, but her final illness was brief.

On Nov. 1885, Sue L. Norris was united in marriage to Edward Clifford Phillips. To this union were born two sons, Hobart and Charles, two daughters, Fannie and Dorothy.

Mrs. Phillips saw the change from early pioneer days to the present time. In answer to a question relating to her great love for her home, she once pointed out that she and her husband had planted all the trees in the yard.

She was preceded in death by her parents, four brothers, a sister, her husband, and a son, Hobart.

Mrs. Sue Phillips declared her faith in Christ and was a church member for many years. She was a member of the Methodist church in Table Rock at the time of her death. She was also a member of the Women's Circles of this church.