We don't know much about the Morrison family. More information and pictures would be welcomed.
Find James Morrison in Fallen in War 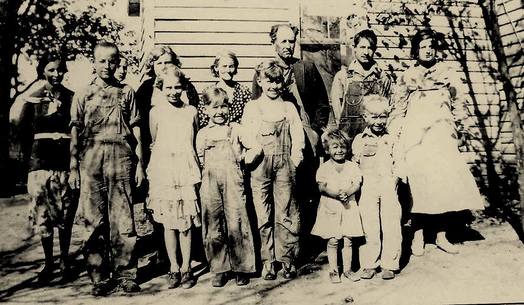 According o Susan Carter, who shared this picture in 2018, her great uncle Howard (who is 98 and still alive) says this picture was taken in the house they lived at across from the only gas station in Table Rock at the time. He said it was still there 15 years ago.
View My Stats