Their homestead was between Pawnee City and Table Rock.  They have descendants about, including Mary Alice Thieman and Louis McClintock, cousins who are grandchildren of William & Sarah's daughter Mary and son Winfield, respectively.

This was the first step toward citizenship, a declaration of the intent to become a citizen.  It was signed in 1866.  Shared by Shelly McClintock. 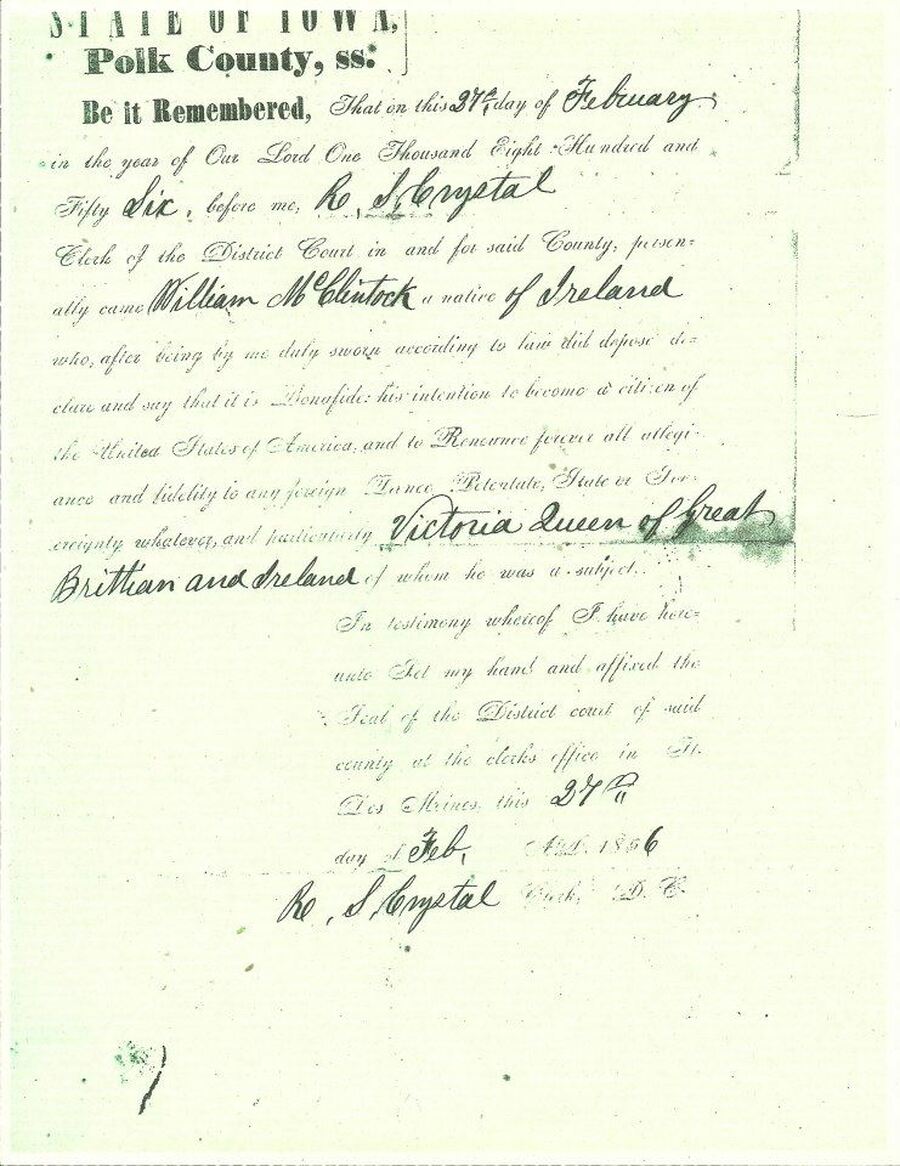 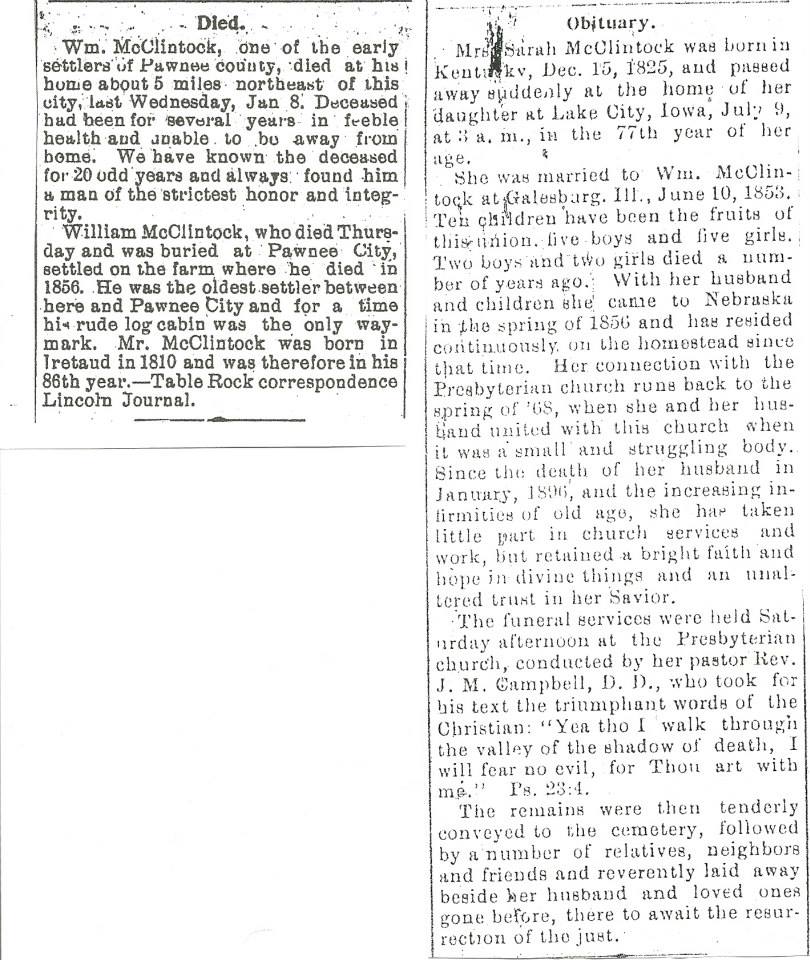 sarah's children from her previous marriage

Shelly McClintock reports on her search for Sarah's children, William's step children.  Shelly says she has learned that Sarah had three children with Garret Griffey before he died. The oldest Joseph stayed in Illinios with his grandparents.  The second, Ellen, died young and Shelly has been unable to find much on her. unable to find much on her.  The third, Jared came to Pawnee and lived here until he was 16.

At 16, Jared joined the Army and  and fought in the civil war. When his unit was disbanded he then went to Fort Kearny where he was in a unit that provided escort to wagon trains, etc., protecting them from the indians. He died at age 17.  The military ecords say he died of disease but Lester McClintock always told the family that a family member had been killed by Indians.  Shelly says that she learned that back then if you didn't die right away from your wounds but died days later of infection or blood loss, etc.,  it was considered a disease, so the family story could be correct.

Shelly cannot find Jared's grave. A search of Findagrave.com reveals nothing.  She says she believes he may have been buried at Fort Kearny, but she found out that all the graves but one were moved to a National Cemetery near Maxwell. During the time they moved the graves the did not mark them.

From Shelly McClintock come three pictures of Mary and her family:
When Shelly posted these pictures on Facebook, Mark Mayer responded that he had done research and discovered that Mary lived to be 105 years old.  Mary Alice Thiemann said that Mary Monagon was her grandmother, and as to her living to the age of 105:

Yes , you're right . She lived with my folks Florence and Billy Hanson in Pawnee City and enjoyed life . She was a wonderful and brave lady . Lived here in Pawnee County when the Indians were still here . They were friendly then no worries ​

This is William and Sarah's son Alexander and his wife Olive Hays, to the left, and their children, daughter Leoma Rose and sons Fay, Lyle, and Walter on the right.  Olive was the daughter of Joseph Hays, who built some of the homes in Table Rock. Alexander & Olive lived in southeast Kansas.

winfield and his family 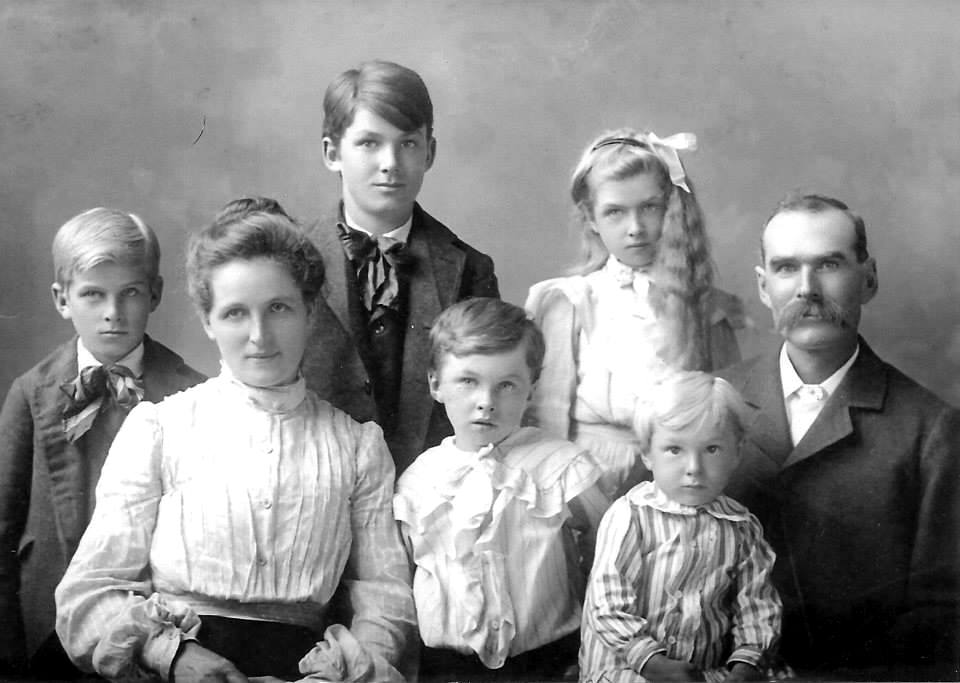 Lest they be lost, we shift momentarily to Fannie's family, with pictures shared by Shelly McClintock. 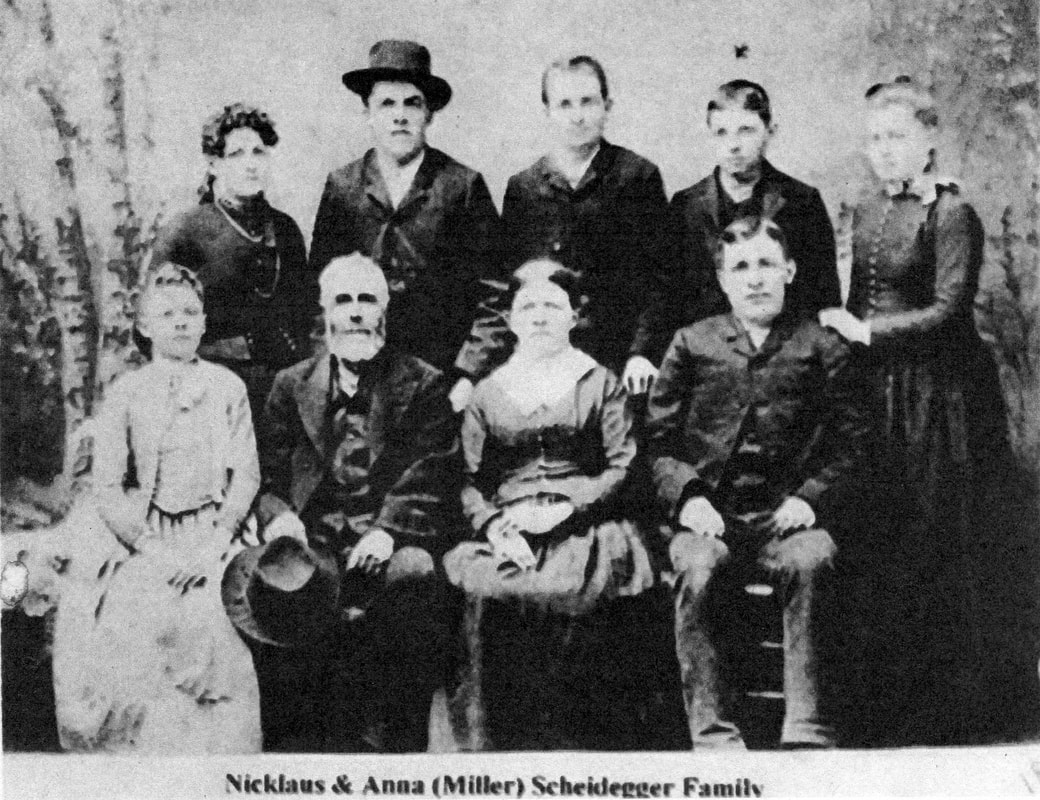 Shelly McClintock explains the relationship of the people in the following pictures: 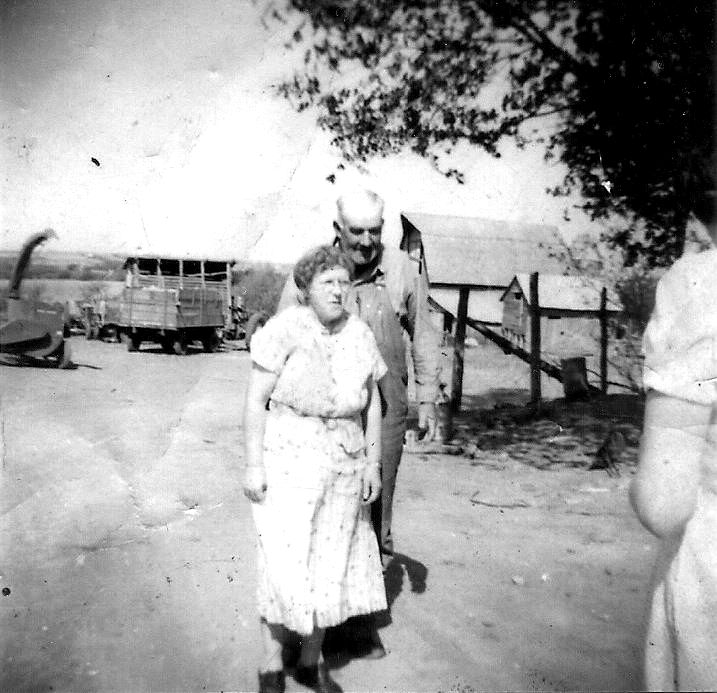 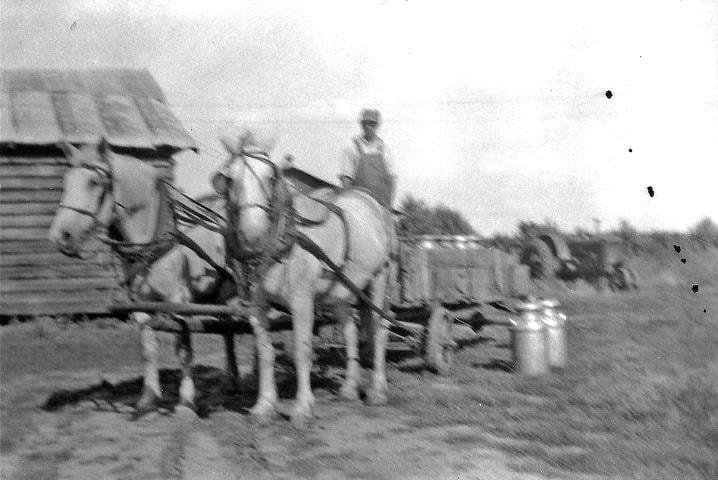 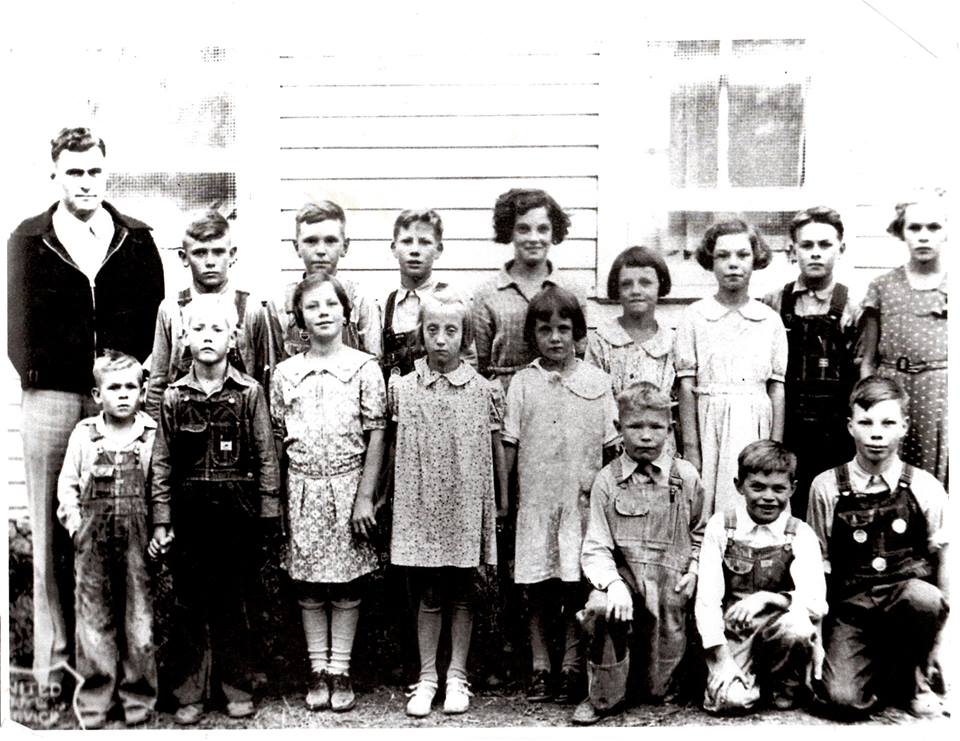 Photo 3508 - students at Taylor Branch Country School (District 16), just down the road from the McClintock homestead. Shared by Shelly McClintock. 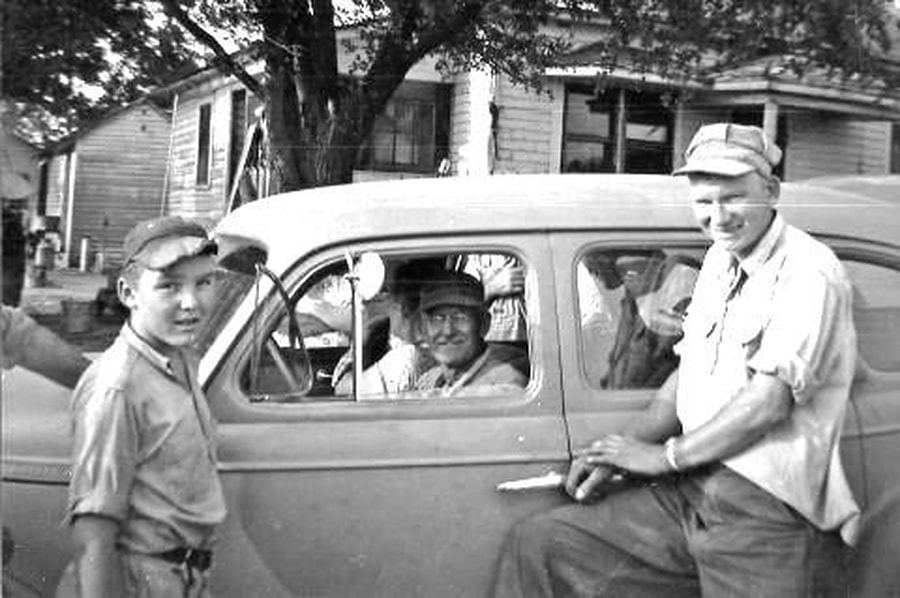 Photo 1464, Lester McClintock in the car and Kenny and Clarence McClintock standing to each side 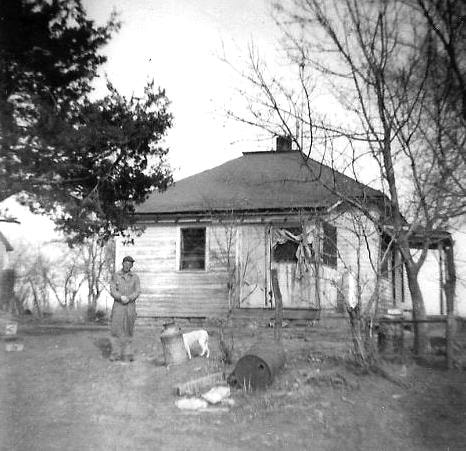 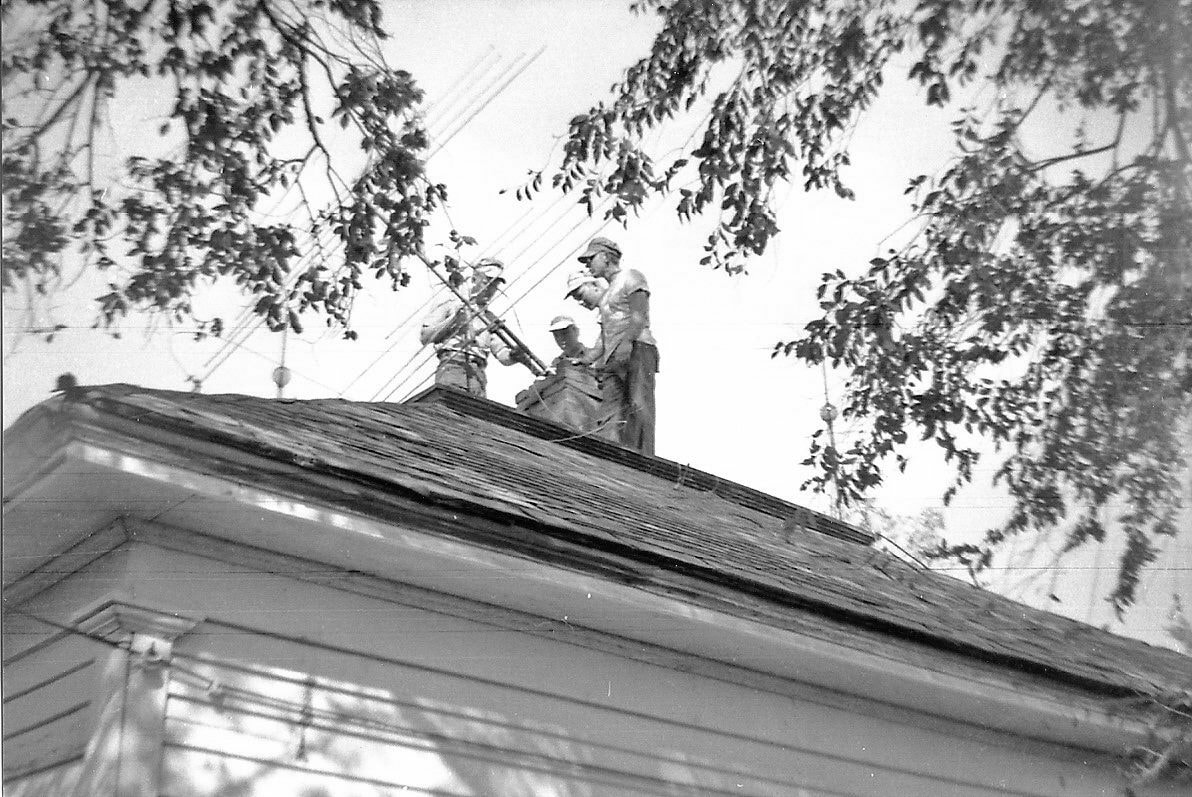 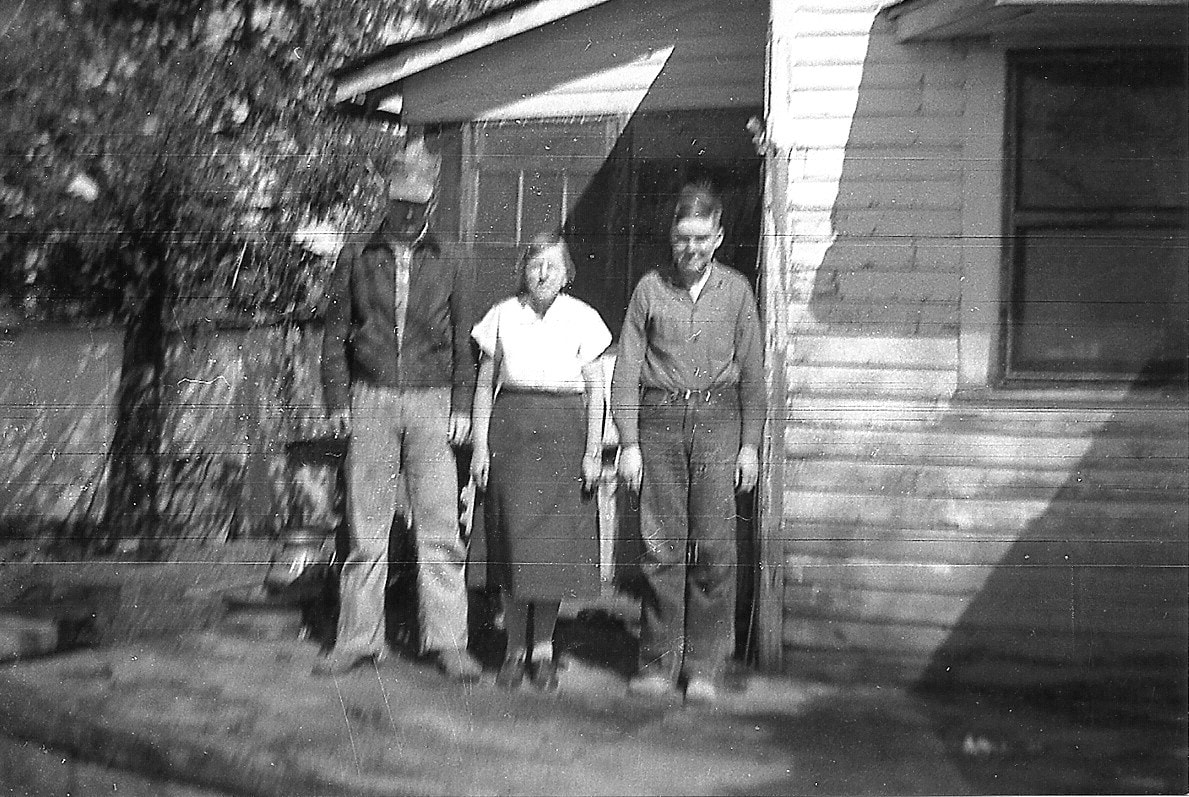 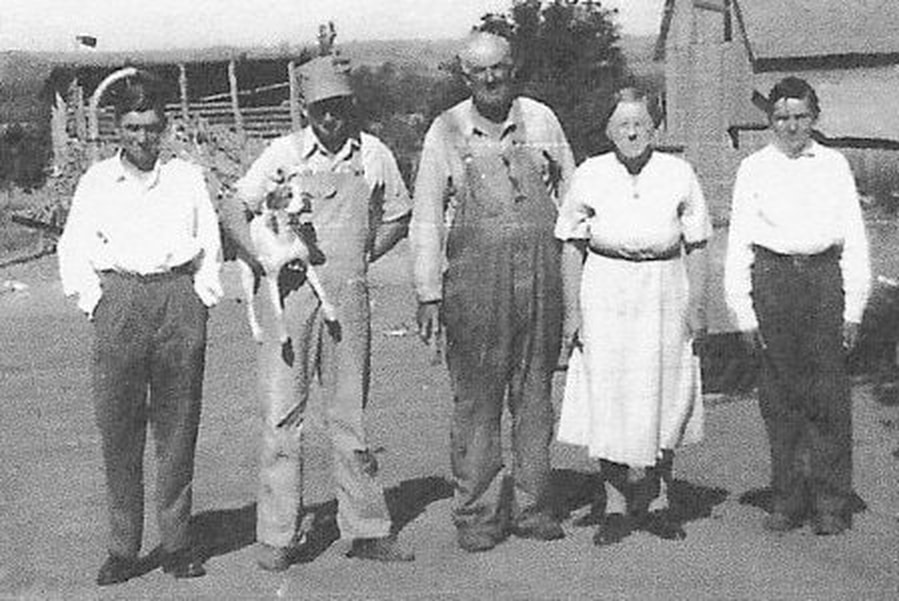 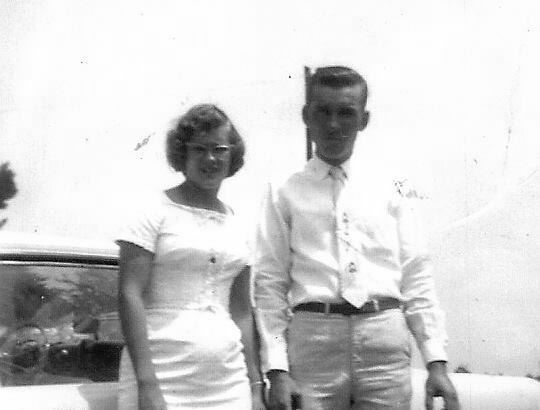 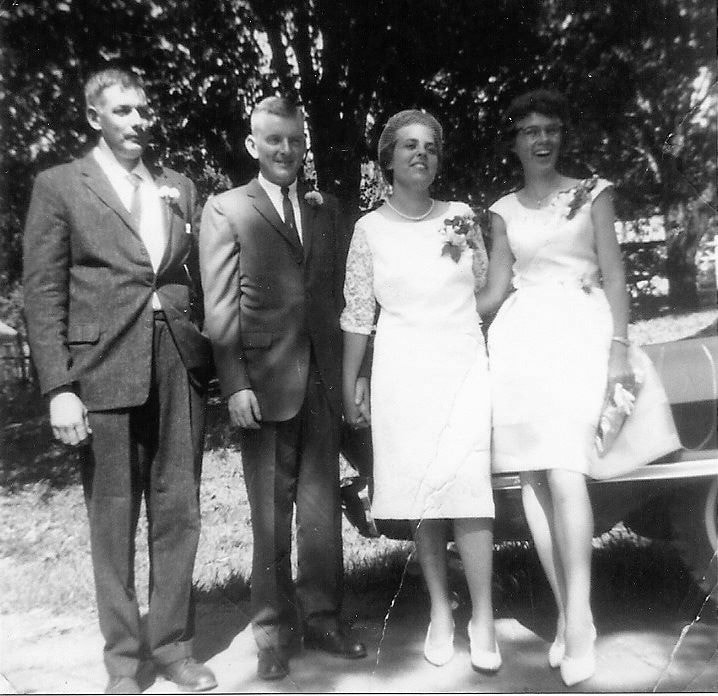 Shelly McClintock shared these pictures of Lena, her husband William, and her daughter Hazel.  They are Photos 7702a, 7702b, and 7702c.

visiting the mcclintock plow at the museum: 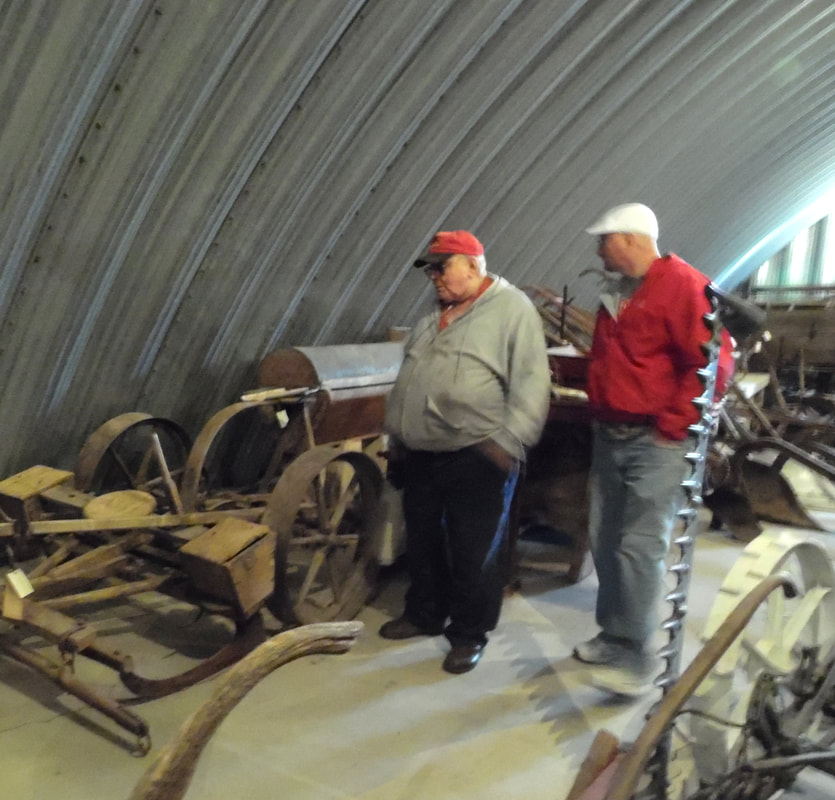