The Linn family in Table Rock is a large subject not yet sorted out.  Thanks to Chuck Linn for information and insight.

The two other brothers, John and Richard, are buried in Table Rock.

A host of other Linns are also buried in Table Rock and the area around it. They served Table Rock as farmers and merchants for many many years.  There was Linn & Cooper (stock and grain merchants), there was Guy Linn (buying and selling eggs), and Ines Linn Madden, who ran the drugstore for many years.  There was Amy Linn, daughter of Seaman Linn and the third wife of a man of many hats, Milton H. Marble of Table Rock.  There was Ermina Linn (member of the Anti-Child Slavery League and wife of Thomas Linn of the 139th Illinois).  All in all, there are 29 Linn family tombstones in the Table Rock Cemetery, from infants to the long-lived, including those with the maiden name of Linn.
​ 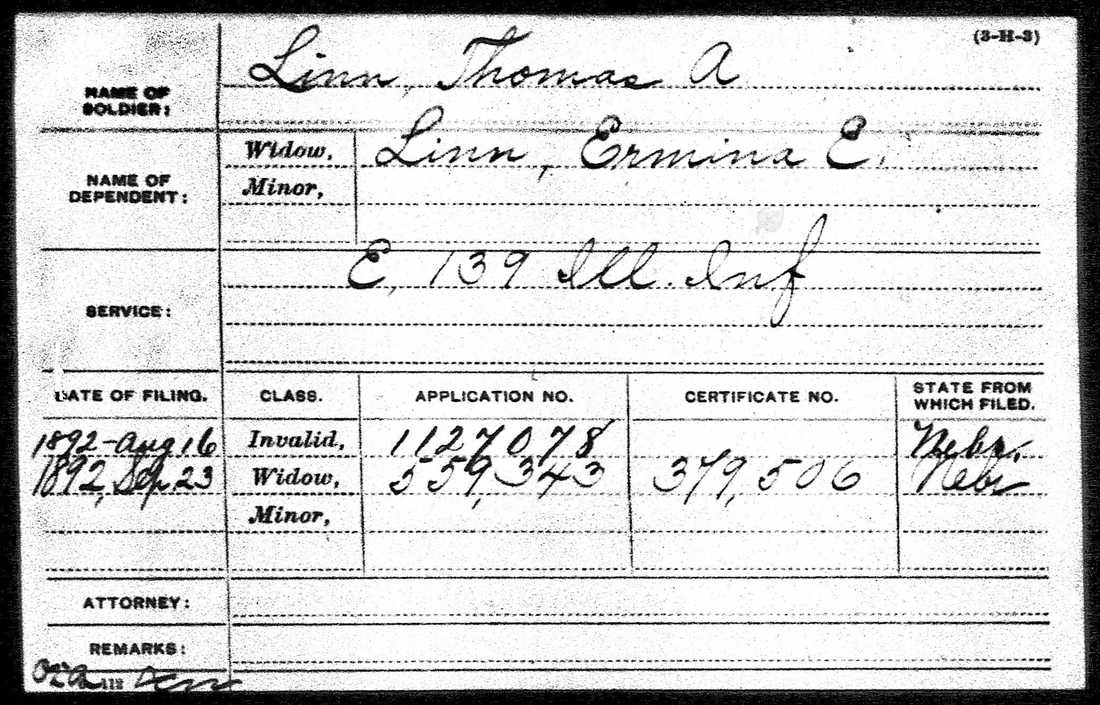 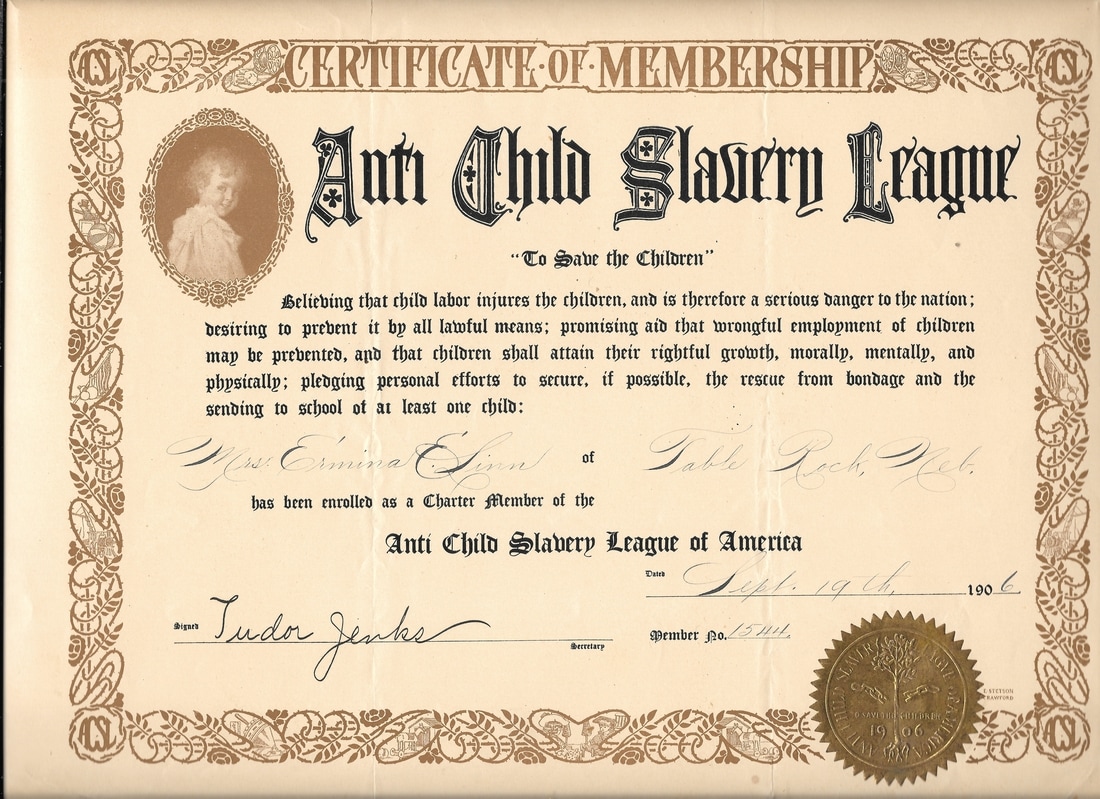 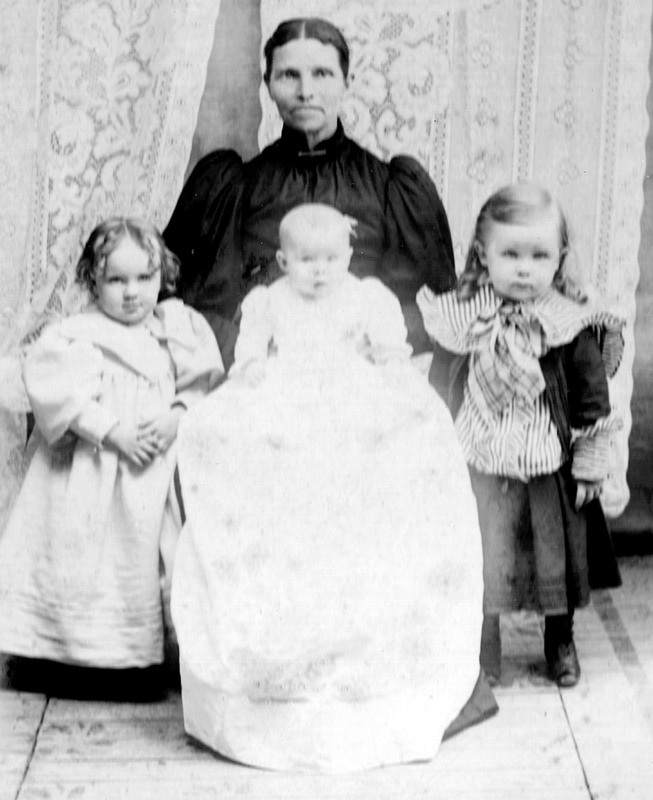 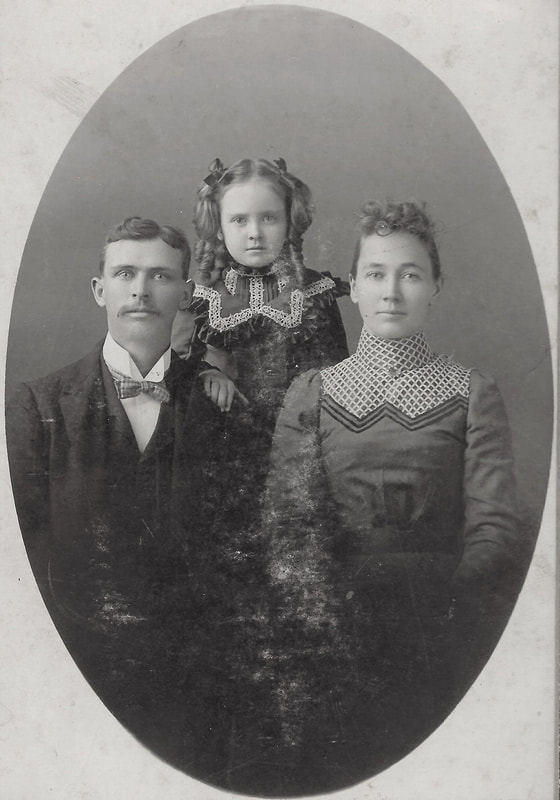 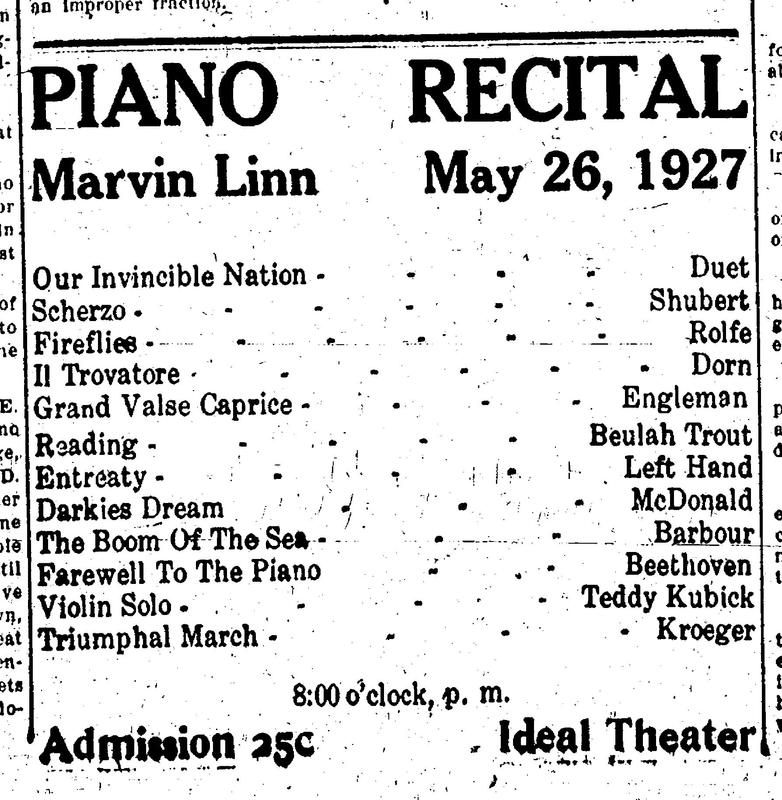 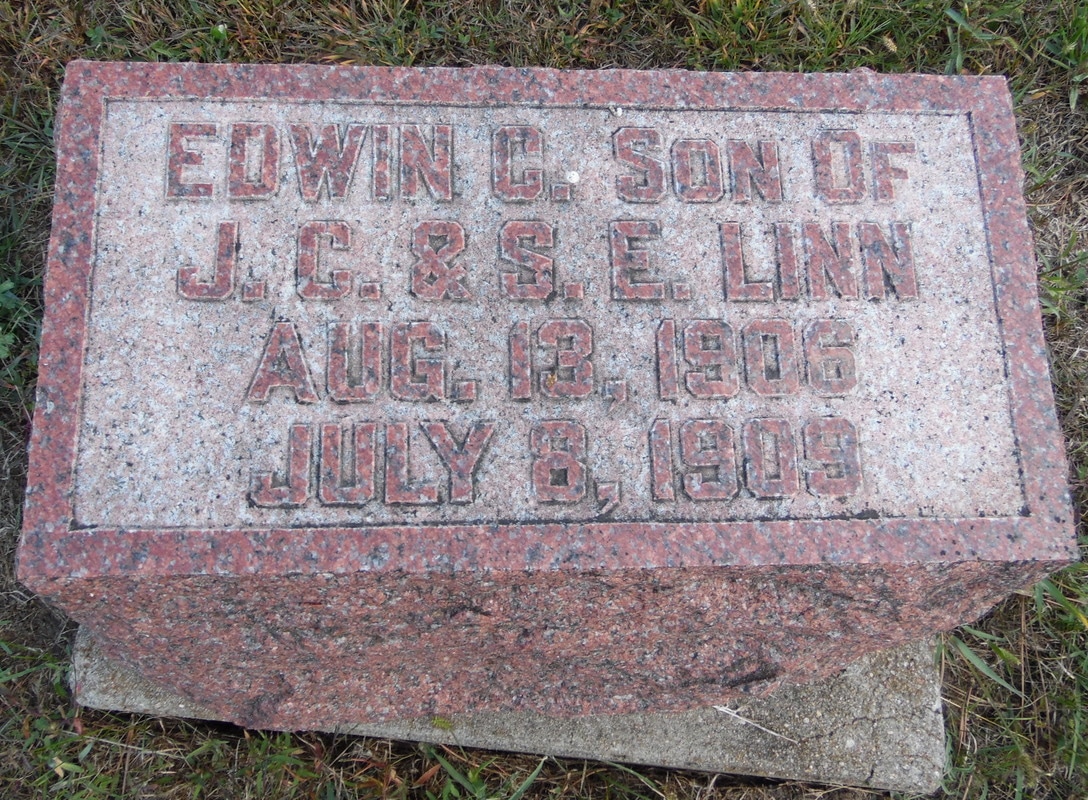 The news of the sudden death of little Edwin, three year old son of Mr. and Mrs. Charles Linn, which occurred at their home in Galt, California on Wednesday of last week, was a shock to this community. The family left here in March, to make their home in the California town and the little one was healthy and happy. He was a bright, beautiful boy, a favorite with all who knew him, and the sympathy of everybody here goes out to the sorrowing parents and sister. Up in God's eternal kingdom among those who sing around His great white throne, is a little voice which on earth learned to call the names of papa, mamma and sister and sometimes go beyond the family circle and call to "Uncle Frank", and that little voice will be calling and little hands will be beckoning earth's loved ones to the land beyond until after while there will be a "gathering home over there."

Dear Friends- No pen can picture the heartache and loneliness of the friends here since little Edwins departure and only those who have had a similar trial can understand it. Edwin had a wide acquaintance for such a little fellow. A hearty healthy boy, their tent quote close to the sidewalk fronting a street much traveled, the sidewalk in front of them and Uncle Will's place was his play ground and every one loved the child. Old men who passed every day brought him fruit and flowers and tried in every way to win his affection and one of them came this morning saying- I ran over town to get these white flowers to put in Edwin's hand, you can't any of you miss him more than I have since he has been sick. He was not well Sunday, though none of us considered it any thing serious and had planned a fishing party and picnic for the Fourth. Edwin was counting on it as much as anyone but was sleeping when Fred Masters and Will's folks started off and Charley's would not think of going and taking him on a jaunt like that even if he was better. Inez would not go and knowing home was the best place for me we spent the day at home. Sunday night was made hideous with firecrackers, even during service, at night they evidently intended to scare folks out by firing them all around the church and set off one giant firecracker in the vestibule of the church. Automobiles loaded with people were on the road night and day for three days. Edwin slept most of the time and at 5 the fishing party returned with a fine mess of fish, black bass, carp and catfish.

Monday he did not seem so well and the Dr. was summoned but he seemed to think it would yield to ordinary treatment but advised moving him to Will's on Tuesday on account of the heat in the tent during the middle of the day, so although everything that could be done was done, but it was not to be our way. He was wise beyond his years, astonishing everyone by his quaint sayings and only a day or two before his illness he stood up by the piano and sang without any accompaniment the song Lulu had taught him to sing as she played usually, but at her request he sang it alone so plainly that anyone could hear and understand and the company was delighted.

I am Jesus little lamb,
Happy all day long I am,
He will keep me safe I know,
For I'm his lamb.

There could not anything have happened to show then the sympathy and appreciation of the whole community. There was a continuous stream of callers with flowers and not half of them could be shown in the picture. Old and young brought their offerings and even strangers came and mingled their tears around the little coffin. A short service was held at the house at 2 o'clock. A quartet sang "Safe In the Arms of Jesus" and Beautiful Beckoning Hands." Our regular pastor is away in Seattle but a dear old white haired minister gave such a comforting talk and wept as if it were his own for he comes here often and dearly loved the child. Our little angel has found his wings and we know it is well with the child.

We are all about our accustomed duties, trying to make the best and most of life. Lulu had taught Edwin to sing a little song to her accompanied on the piano, but one afternoon only a day or two before he was taken ill, we had company and Lulu asked him to sing it and said, "You can sing it alone this time." and he did so without hesitation. We have a neighbor who has been ill for some time with heart disease and dropsy set in till his limbs are swelled so he can't wear any clothes- just has to be wrapped in blankets or sheets- so presents a gruesome appearance, but he wanted to see and hear Edwin sing, so his little girl came to get him. Edwin went with Gladys into the room where her father was, then with a wondering look, said: "I'm afraid of him, but I'll sing for you." so he stepped out into the hall and sung it there.

A few short months to us 'twas given
To see how near is earth to heaven,
A moment to hold in fond embrace,
One of those angels who behold God's face.

Not a soul we know, man, woman or child,
E'er looked on that sweet face and smiled
But they met a cheerful, trusting gaze,
And loved his winsome words and ways.

We have seen the look of sad surprise
That beamed from the depths of his bright blue eyes
As he gazed on the fearsome wrecks of sin,
And childish instinct strong within.

Said, "I'm afraid of him, but I'll sing for you."
So ever willing his part to do
Alone or in the dark home here,
He sang his little song for all.

I am Jesus' little lamb,
Happy all day long, I am.
He will keep me safe, I know
For I'm his lamb.

Safe within the heavenly fold,
Treasure dearer far than gold
Waits our coming home at last,
All lifes' woe and danger past.

Surely of such is the kingdom of heaven
May he prove the little lump of leaven.
The Savior's ( ) of seasoning salt
That shall flavor the town of Galt.

Of her family of nine children, six brothers and three sisters, she and her sister, Mrs. Myrta Pattison, survive. 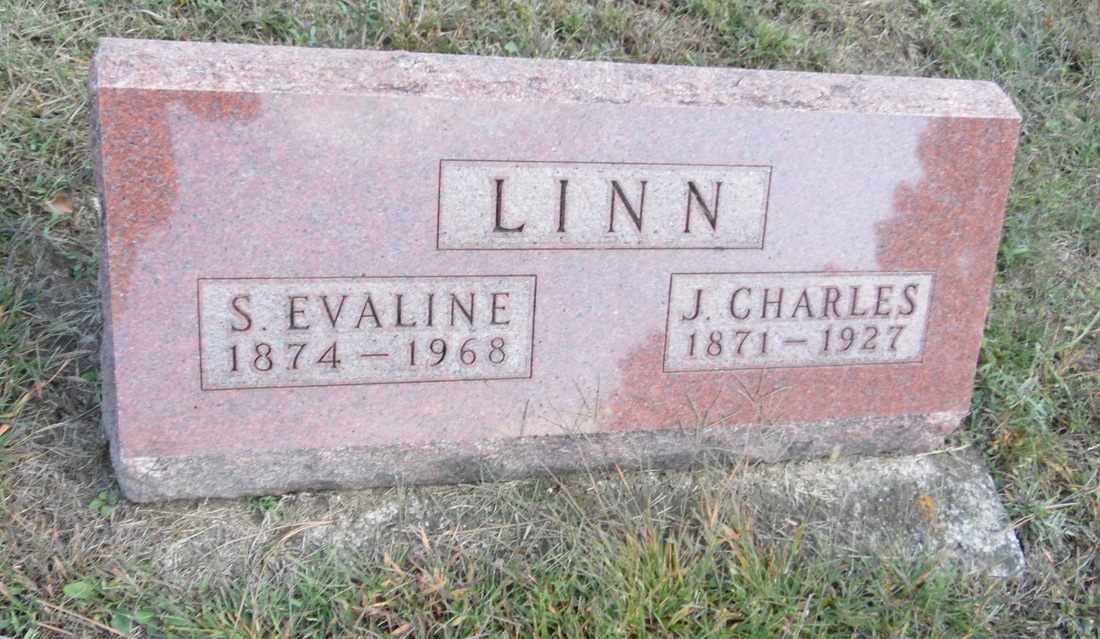 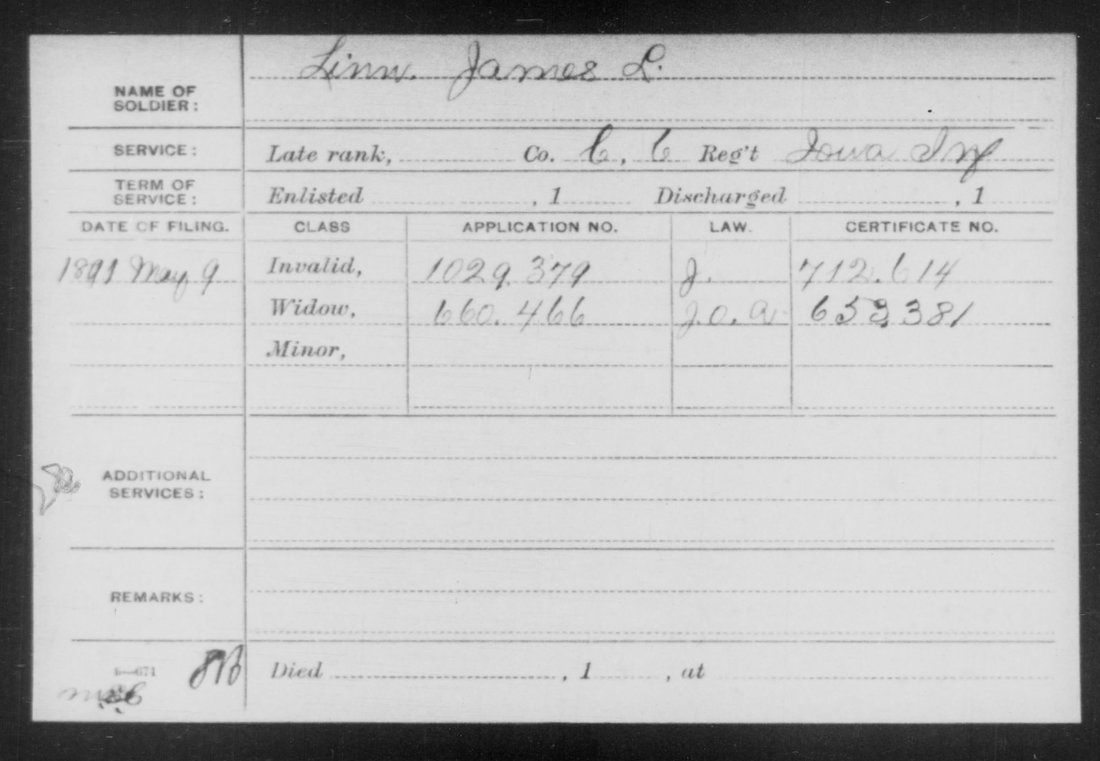 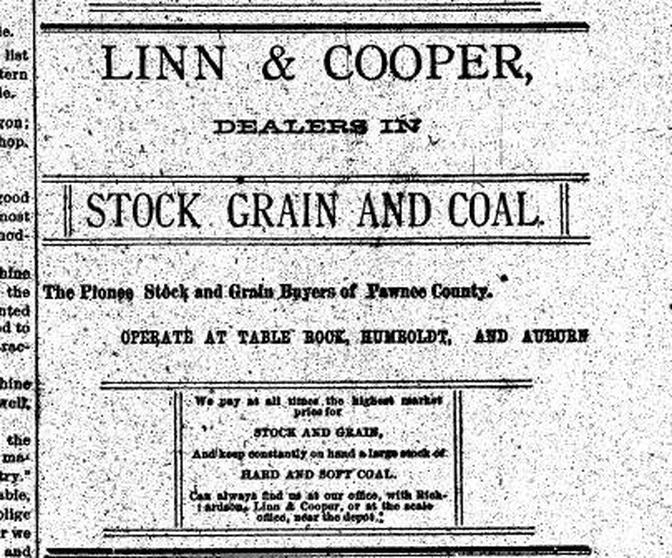 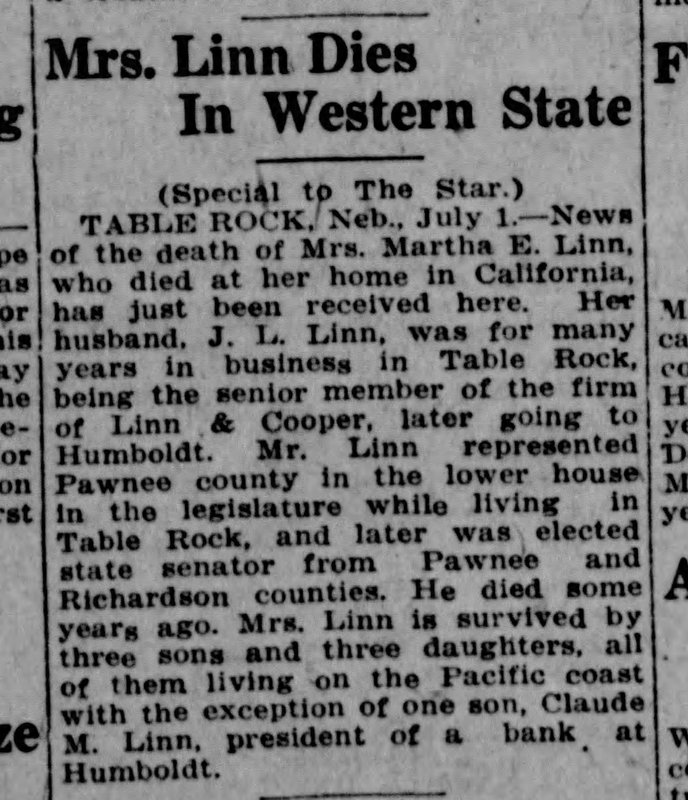 Excerpt from photo 232 shows the entrance to the Linn & Carmichael real estate and insurance office. It was in one of the two east offices of the opera house.

edna johnson -- no other information available 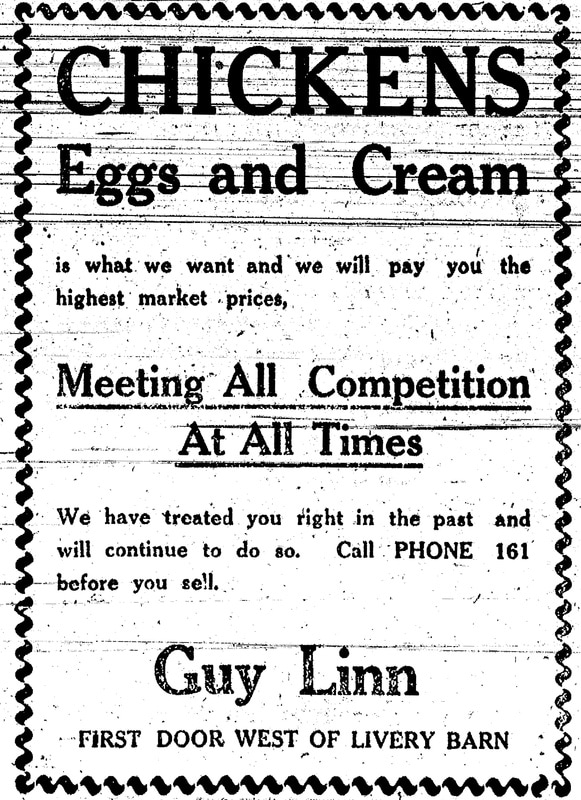 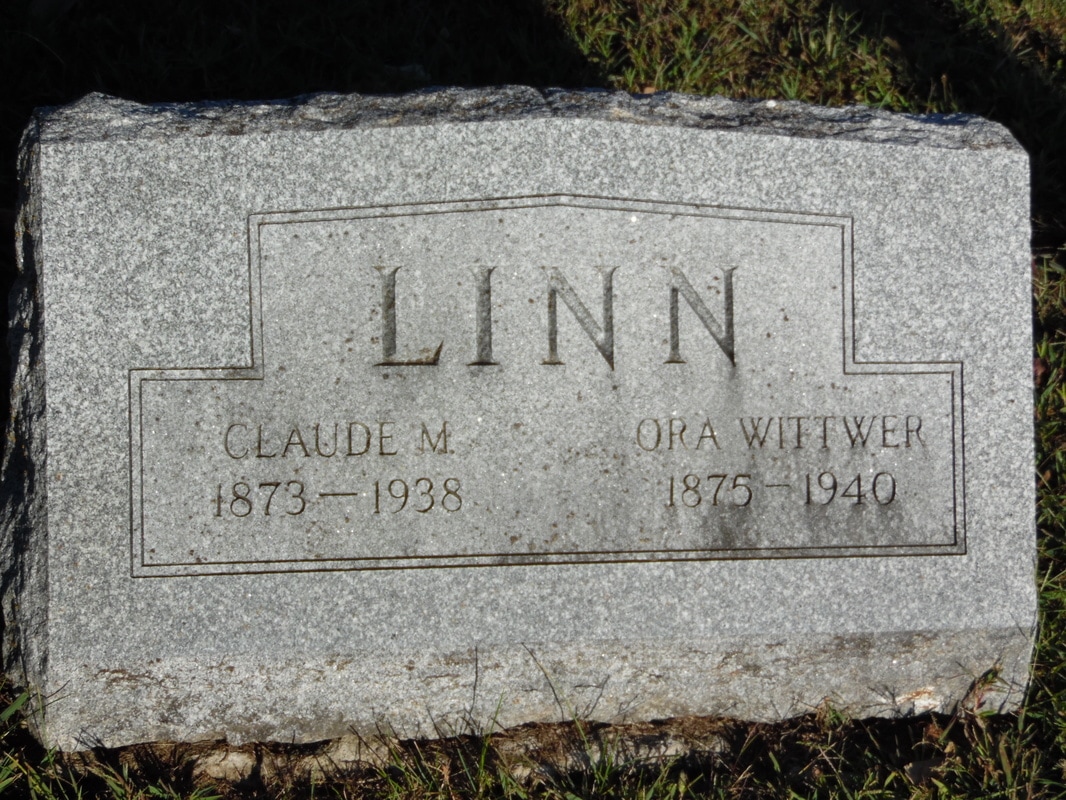 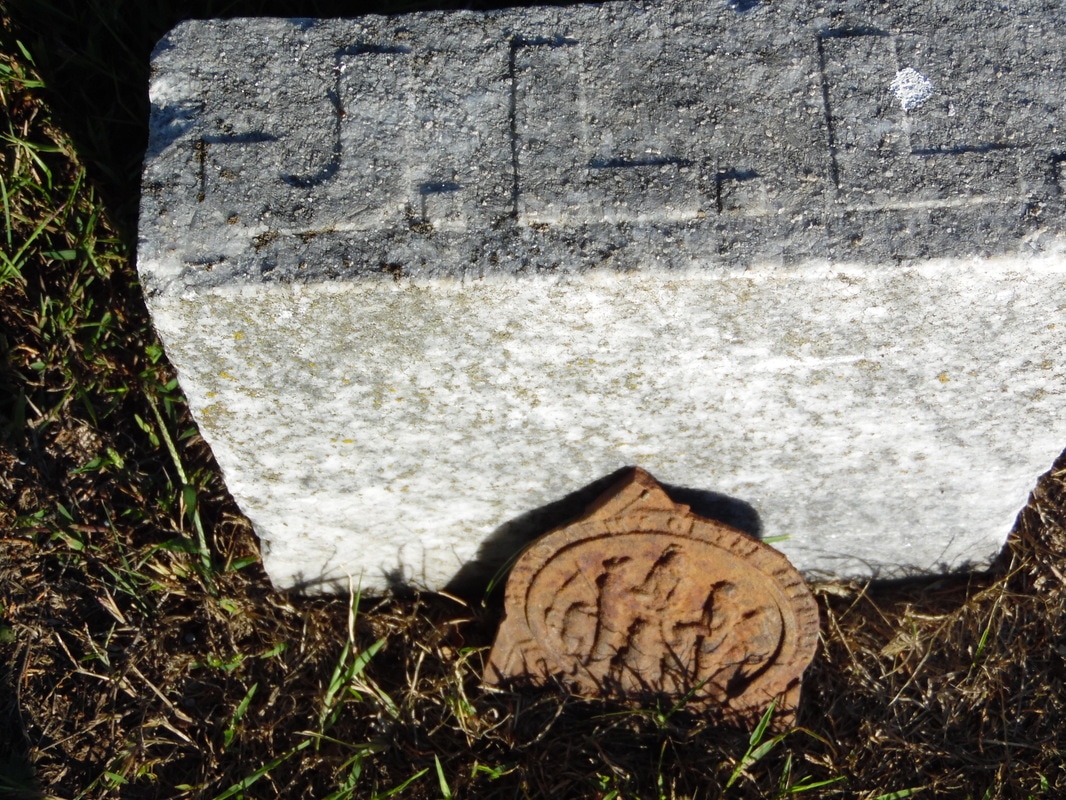 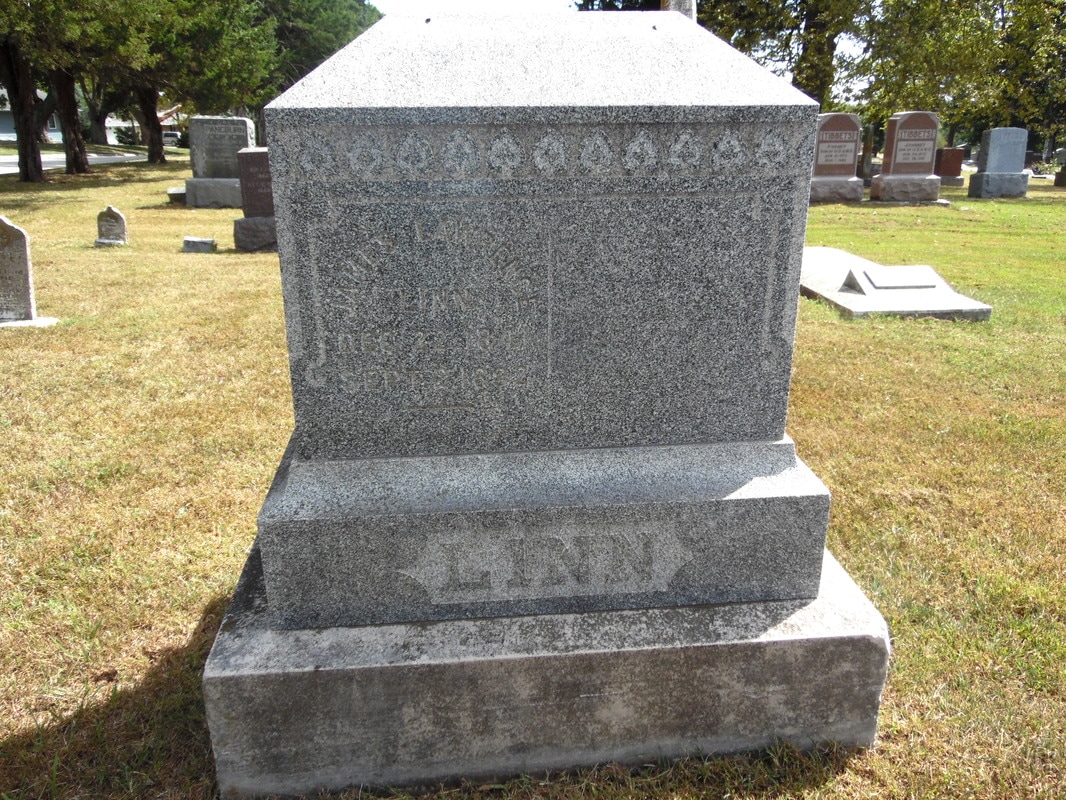 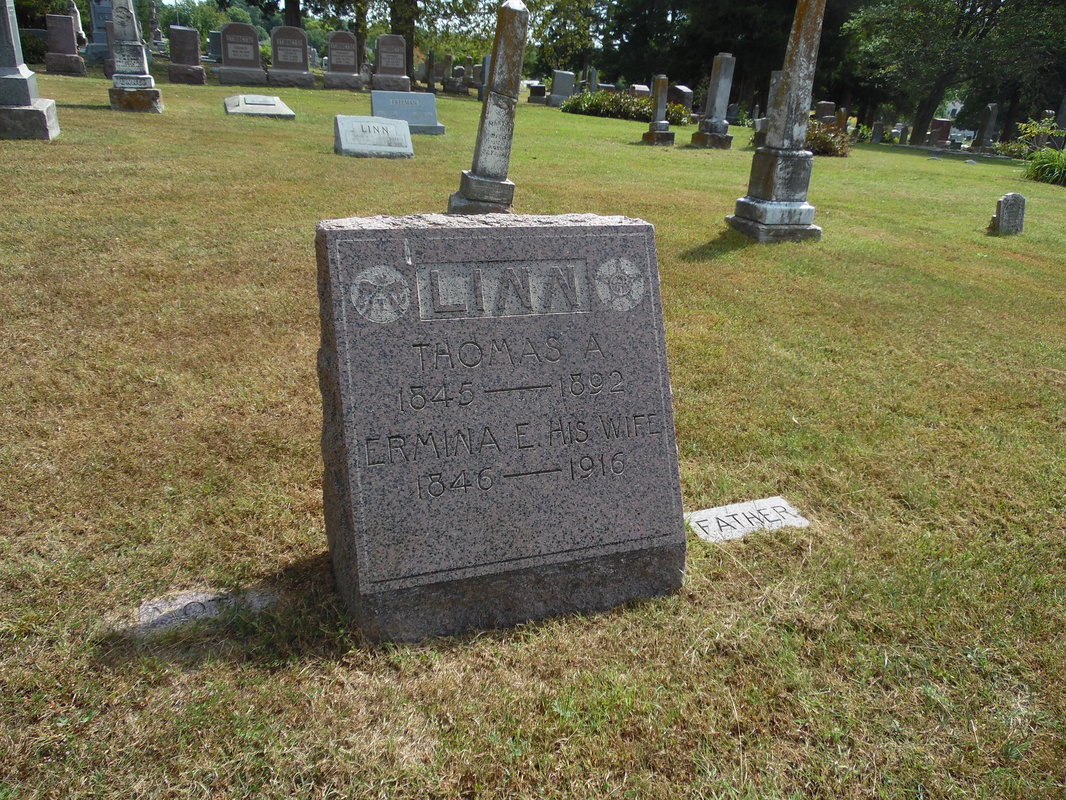