John A. Jones was Welsh, according to an 1856 affidavit that is colloquially known as an "intent to become citizen."  His wife was Ellen Owen Jones, also born in Wales according to her obituary.  They were married in May 1860; he died in 1899; she died in 1916; both are buried in the Table Rock Cemetery, as well as their seven-year-old daughter Lydia.  In between those documents are a fascinating little collection of documents, which include the purchase of a patented atmospheric pressure clothes washer in 1874, a receipt from a physician for partial payment by vegetables, and some life insurance paperwork.

1856 affidavit of john a. jones of intention to become a citizen

Note that 1856 was the date of the affidavit. The date of 1868 was just when the document was transcribed under oath (back in the days before copy machines). 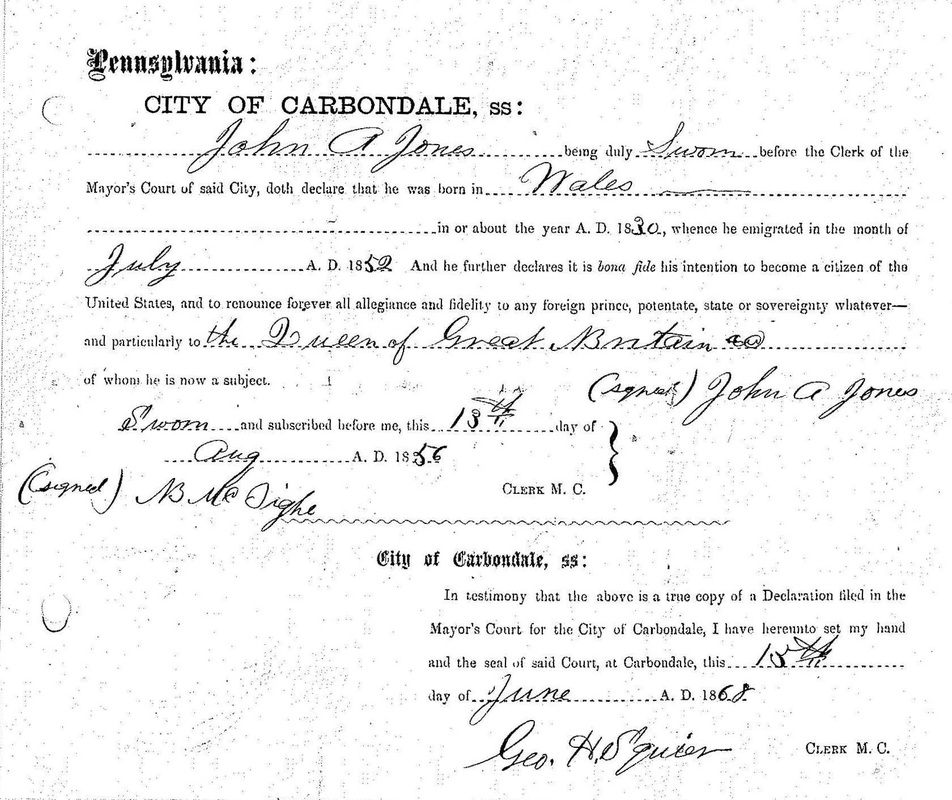 1874 receipt from the treasurer of clear creek grange no. 164 for quarterly payment due the grange 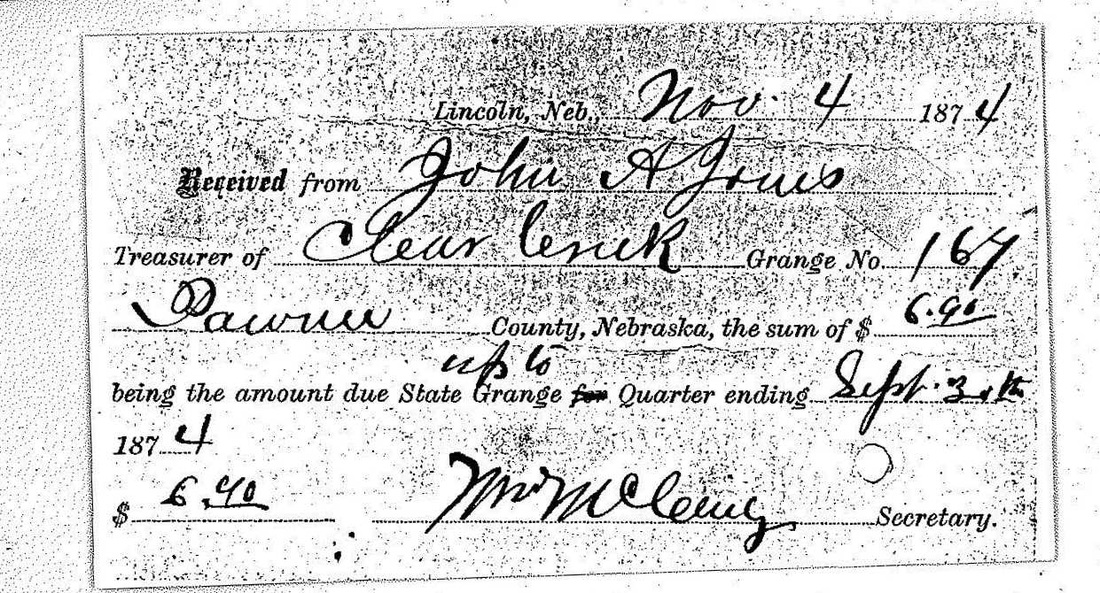 1878 application for insurance from continental insurance

1879 receipt for one of d. h. crooker's atmospheric pressure clothes washers. for $5 has the washer and can get "as many made as he wishes to use i his own Dwelling house 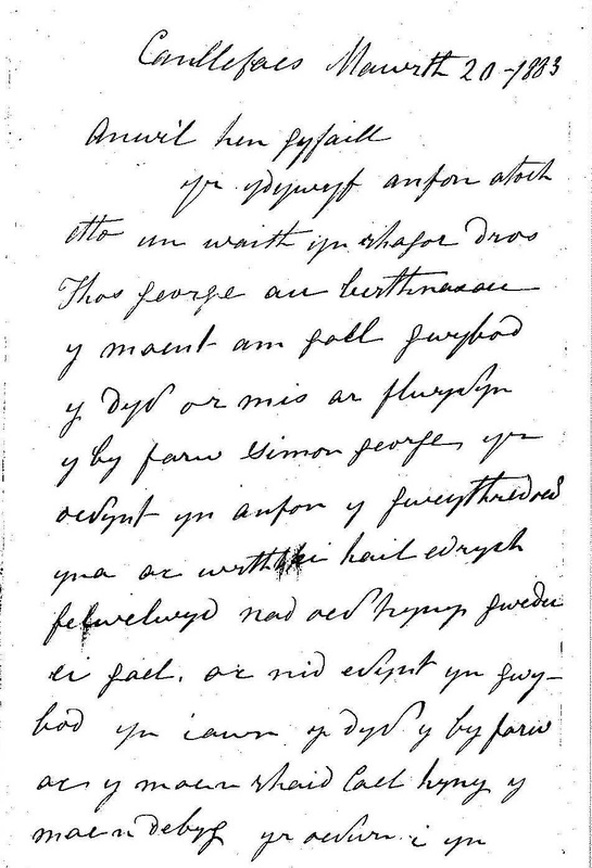 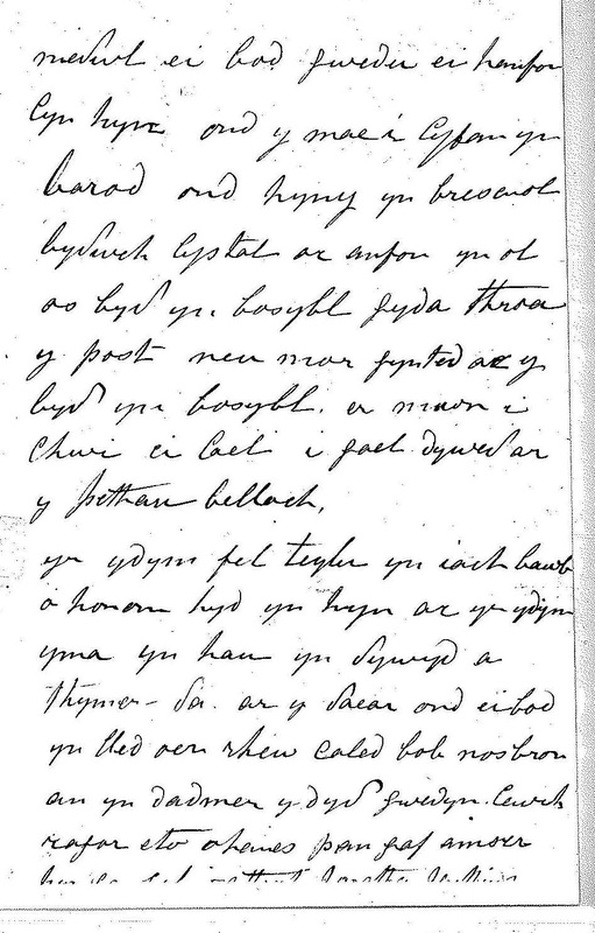 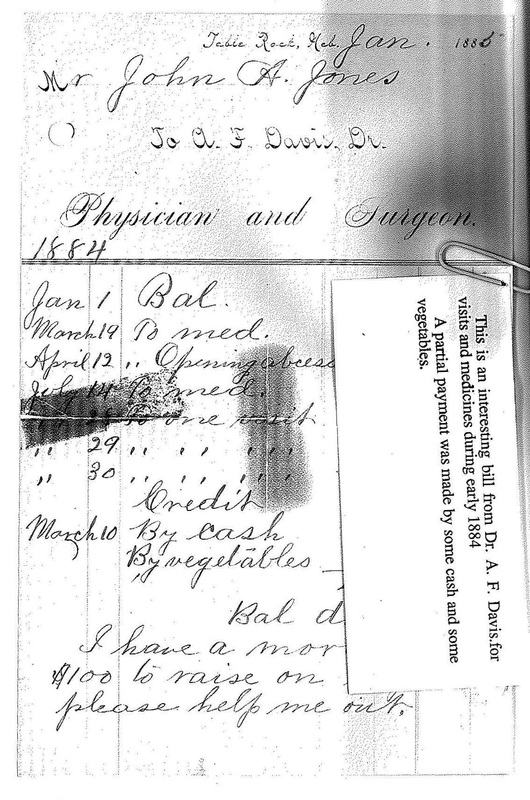 1884 receipt from physician for partial payment in vegetables, Physician Dr. A. F. Davis. 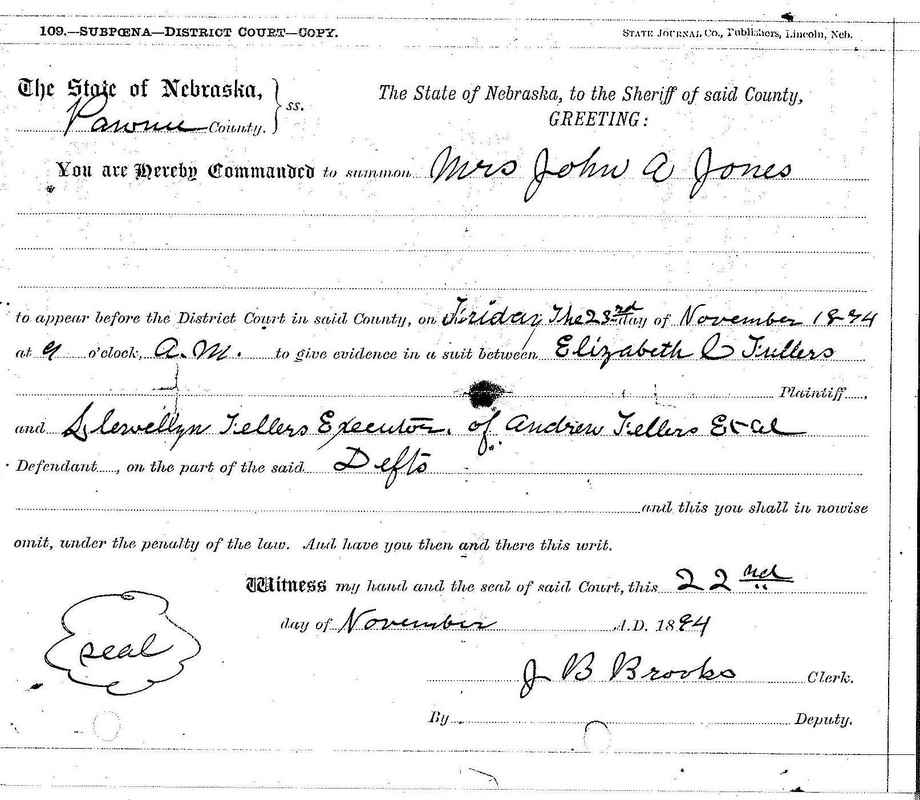 1894 subpoena to Mrs. John A. Jones to appear as a witness in a case of Elizabeth Fellers versus Llewellyn Fellers acting as administrator of the estate of Andrew Fellers. This document suggests that John A. Jones may be the Jones of Fellers and Jones.

Ellen Owen was born in North Cardigan Shire, Wales, in 1835.  In 1860, Ellen came to Table Rock to marry John A. Jones; he had come two years earlier to prepare the home.  They married in May , 1860 by C. W. Giddings, the founder of Table Rock.  John A. and Ellen had six children, four living at the time of her death on March 16, 1916.  The surviving children: Mrs. Sarah Wright of La Junta, Colorado; E. O. Jones; Mrs. Mary Herrick, and Mrs. Effie Horton of Cleark Creek.  Mrs. Katie Henry had died eight years before, and Lydia had died at age seven.

1916 obituary of Ellen Jones, sectioned for legibility on the web, section 1 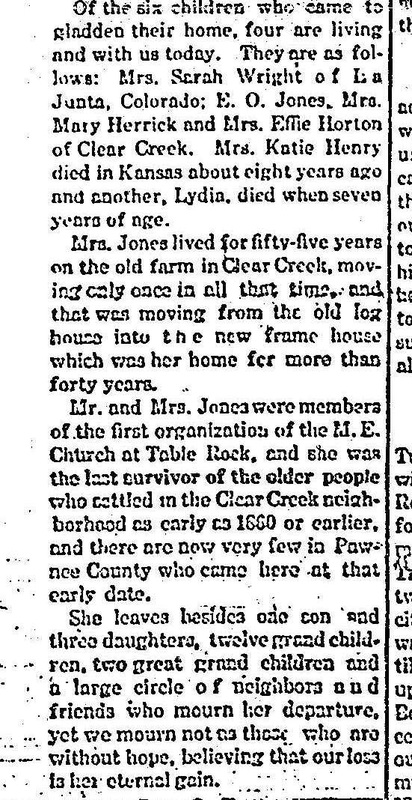 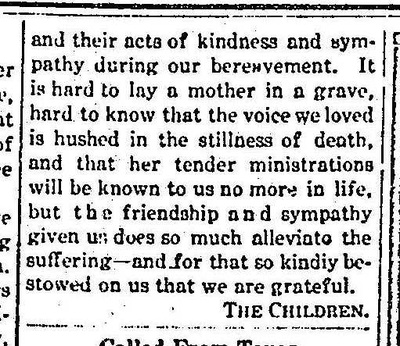 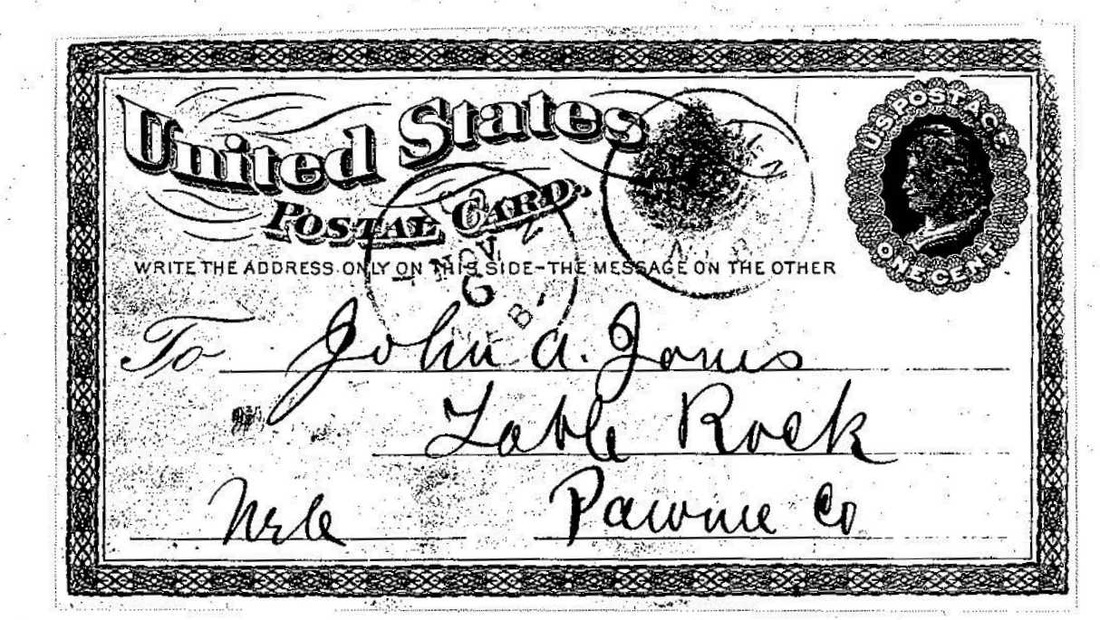