Peter later married Julia Avery Kinney.  Julia had a son by a prior marriage, George Kinney.  They also raised Goldie, a neighbor girl whose parents gave her up to their care. Goldie married Wes Binder.
​ 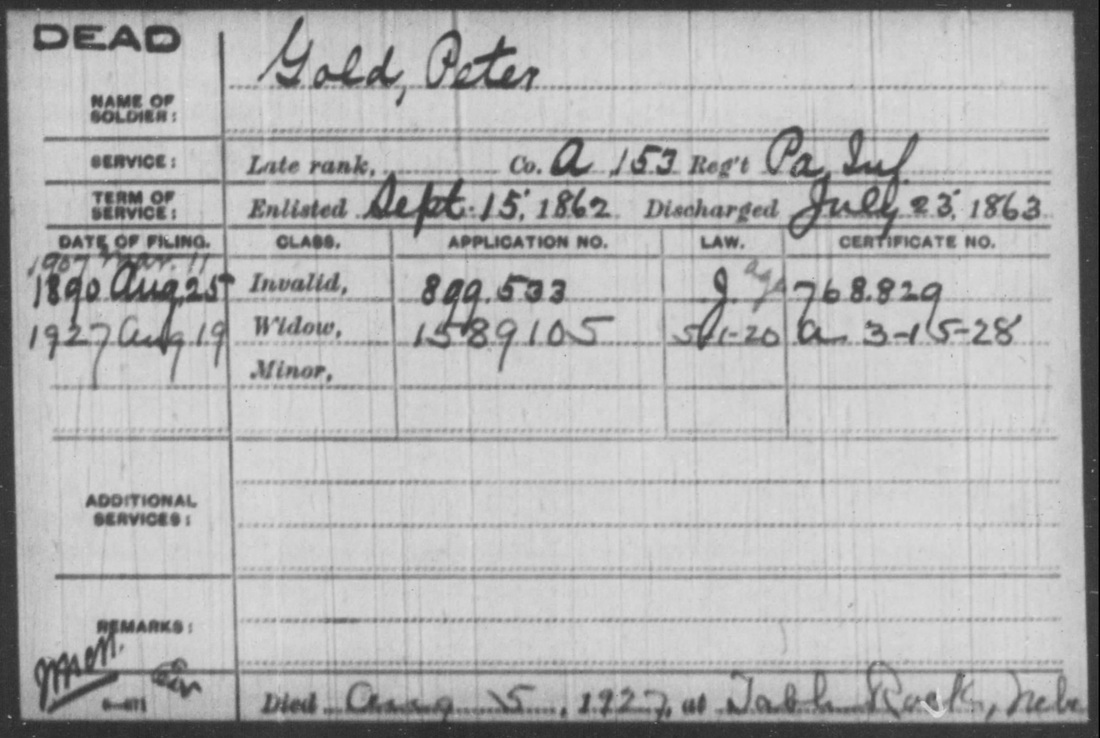 obituary in the argus

The August 12, 1927 Argus carried this obituary on the front page.  Appended to it was a note of thanks from the family, identified as Mrs. Peter Gold, Henry Gold and family, George Kinney and family, and Mrs. Wes Binder and family.

It is difficult to read, but here is some of it. The obituary begins by quoting at length from “the biographical history of Pawnee County.”


He was born and raised in Pennsylvania. At age 22 “after the outbreak of the Civil War he enlisted as a Union soldier, September 15, 1862, in Company A, 153rd Pennsylvania infantry.  He served his country well, being in many important battles, such as Fredericksburg and Gettysburg.”

After the war, he farmed in Illinois for two years, then came west to Nebraska “in the early pioneer days of the state, buying the Reverend [Arebd?] homestead northeast of Table Rock in 1868, where he lived for the past 69 years.  During the first two years on his farm, Mr. Gold lived in a little shanty ten feet square, and in 1871 erected his present home, hauling the lumber from Brownville. “

“He was on the ground at the organization of School District No. [34?] and assisted in the erection of the school building.

He was a man not only interested in education but also religious matters, assisting in the erection of the Methodist Church building in Table Rock and also the Presbyterian church of Table Rock and has been found willing to give a cheerful support to various projects having for their object the advancement of the people.  He serve as Sunday School superintendent a number of years of the Blacklaw Sunday School in his neighborhood.  He was a member of the German Lutheran Church.

His neighbors, who have had the best means of knowing his daily life, speak of him in the highest terms, and a man can need no better recommendation than this.”

The obituary closes as follows: "In the death of Mr. Gold, the community loses an honorable and progressive citizen, one who loved his country, his state, and his community.  In all his dealings with his fellow man he was just and upright.  As a husband and father, he was tender and loving., just such a man as becomes a valuable citizen to any place, and had the esteem of all who knew him.

The same edition of the Argus (August 12, 1927) contained a "Resolution of Sympathy" from the W.R.C., i.e., the Women's Relief Corps, which was the Auxiliary of the Grand Army of the Republic. 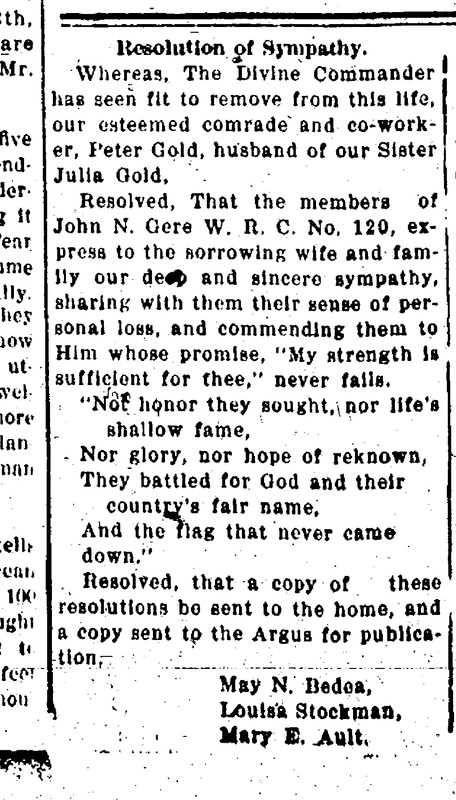 The FindaGrave memorial also includes a transcription of an obituary from the Lincoln State Journal:

Peter Gold, 87, a veteran of the Civil War passed away yesturday after an illness of many months. He settled three miles northeast of Table Rock in 1868, which was his home until the day of his death. He was a member of John N. Gere Post, at this place, which at one time numbered sixty members.  Mr. Gold's death leaves but four members in the organization. Funeral services were held at the M. E. Church here Sunday afternoon and the interment was in the Table Rock cemetery.  He is survived by his wife, and one son, Henry Gold of Table Rock and several grandchildren." 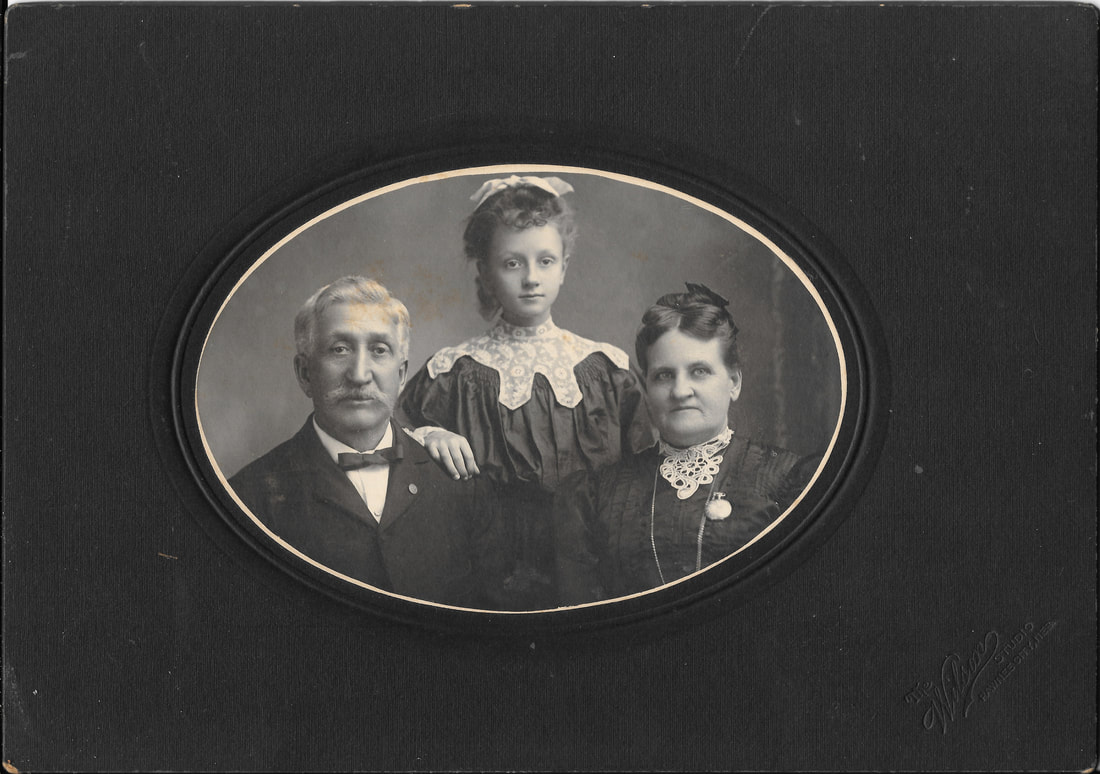 Peter & Julia Gold with Goldie, who they raised as their own. Photo 2921. 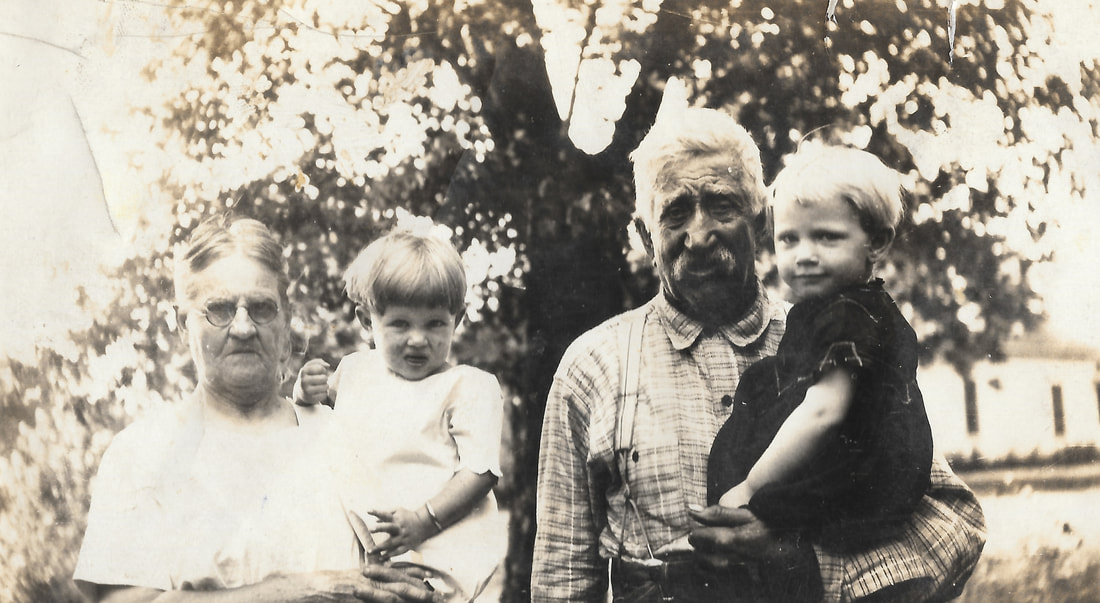 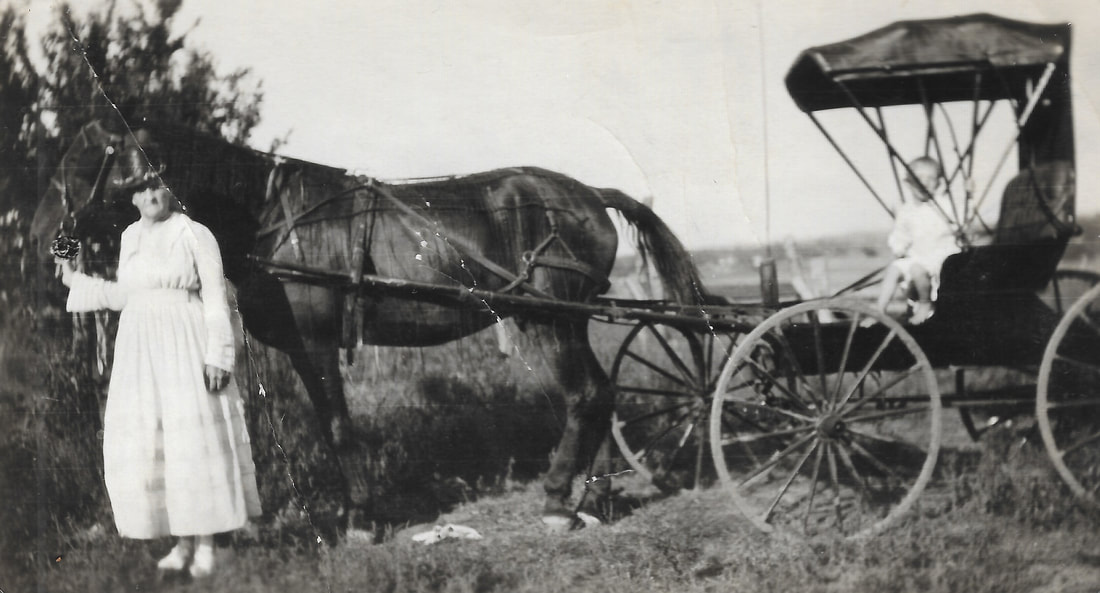 Julia Gold with grandson Howard Binder in the buggy. Photo 2923. 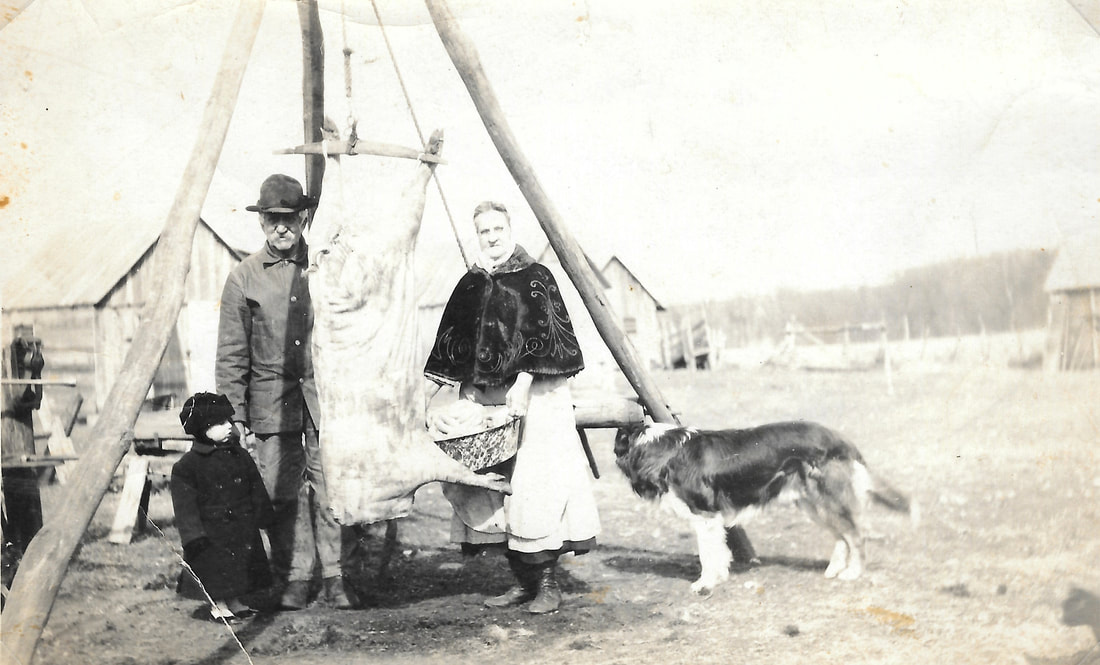 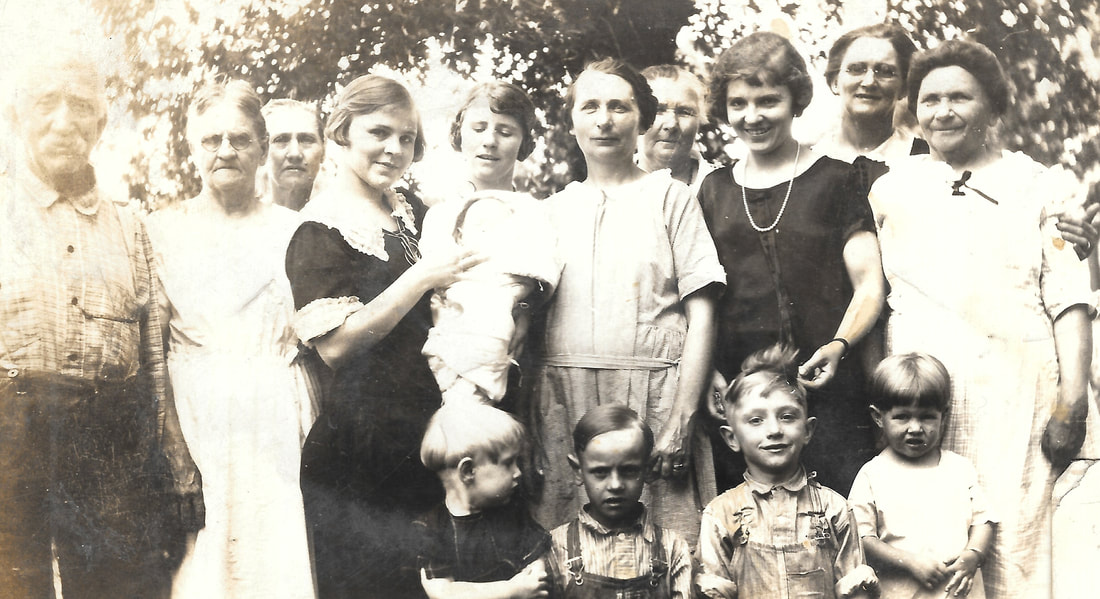 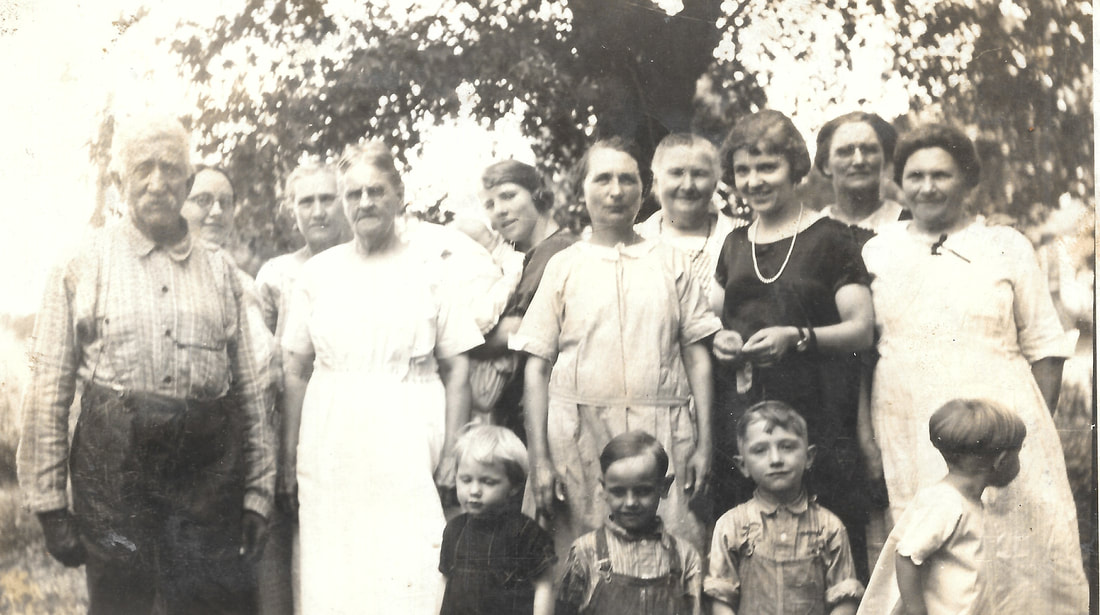 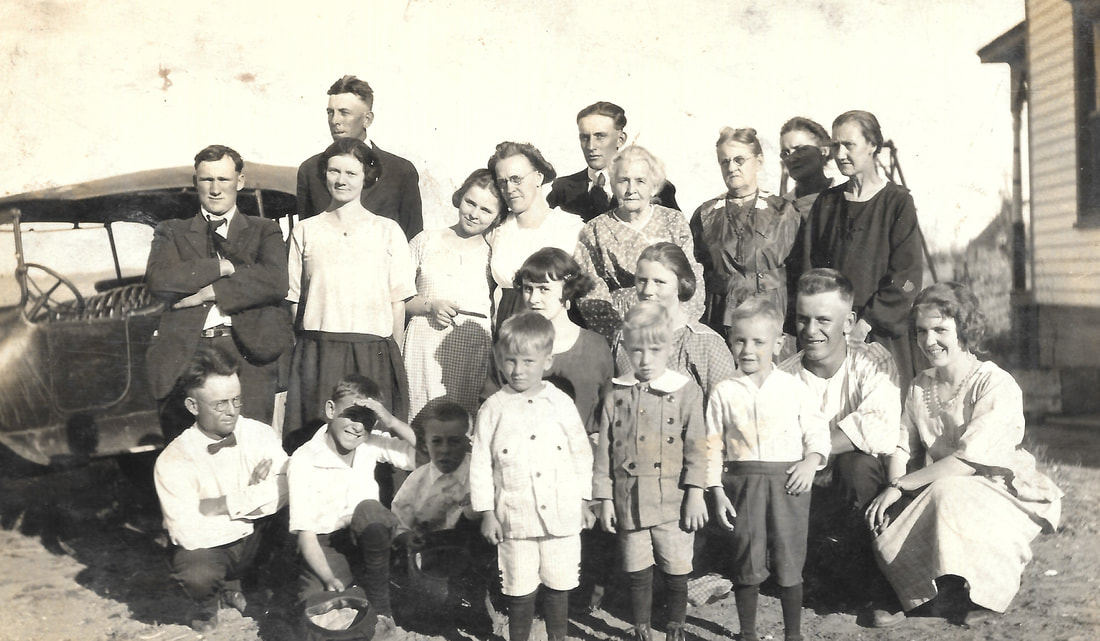 Photo 2927. Julia Gold with family. This must have been taken at some time after Peter died in 1927.
View My Stats