the fellers families
the family of andrew fellers

IN THE TABLE ROCK CEMETERY ARE 32 PEOPLE WITH THE NAME OF FELLERS, ORIGINALLY OR BY MARRIAGE.  THERE WERE THREE FELLERS FAMILIES, THOSE OF WILLIAM, ANDREW, AND PHILIP FELLERS. ALL THREE MEN WERE IN COLUMBIA COUNTY, NEW YORK. PHILIP WAS BORN ABOUT 1828, ANDREW IN 1829, AND WILLIAM IN 1834. WILLIAM CAME HERE IN 1856, ANDREW IN 1858.  PHILIP & HIS FAMILY WERE IN LUZERNE COUNTY, PENNSYLVANIA IN 1870 BUT BY THE TIME OF THE 1880 CENSUS HIS WIDOW AND THREE CHILDREN HAD COME TO TABLE ROCK. WILLIAM AND ANDREW WERE BROTHERS. IT MAY BE THAT PHILIP IS RELATED TO THEM BUT NO RECORD OF THAT FACT HAS BEEN FOUND. 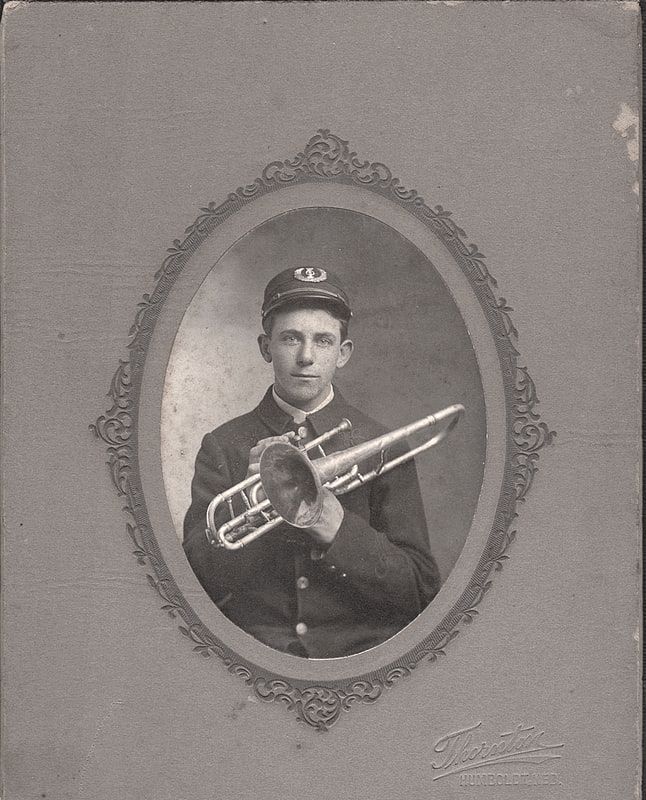 Photo 7758 from Ed Hanna's collection, shared by Deb Hanna Anderson in 2019. It is not labeled, but is believed to be Ezra based on a comparison of the Table Rock Band photo below, which is labeled. 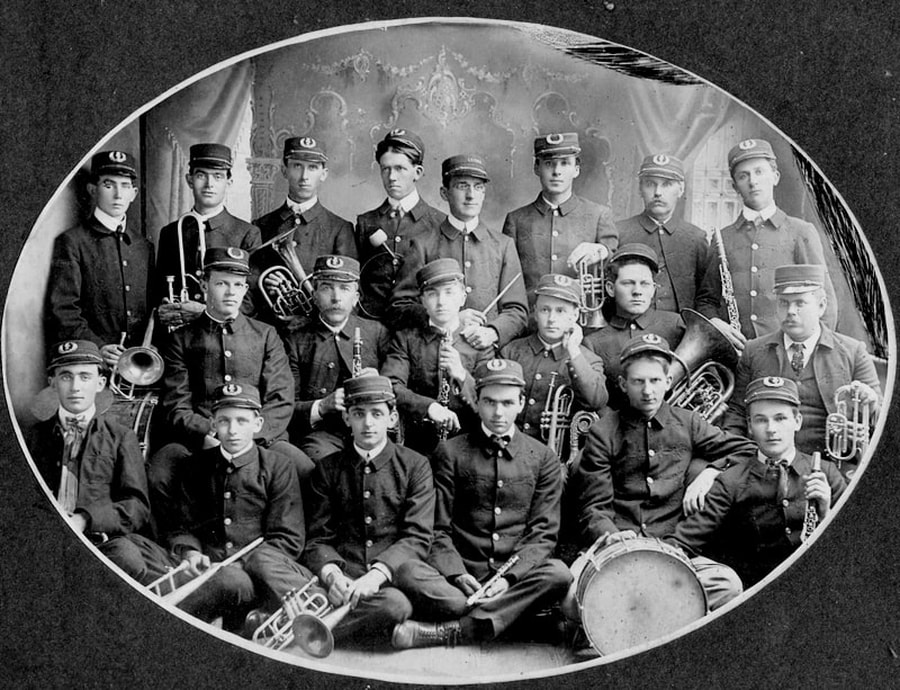 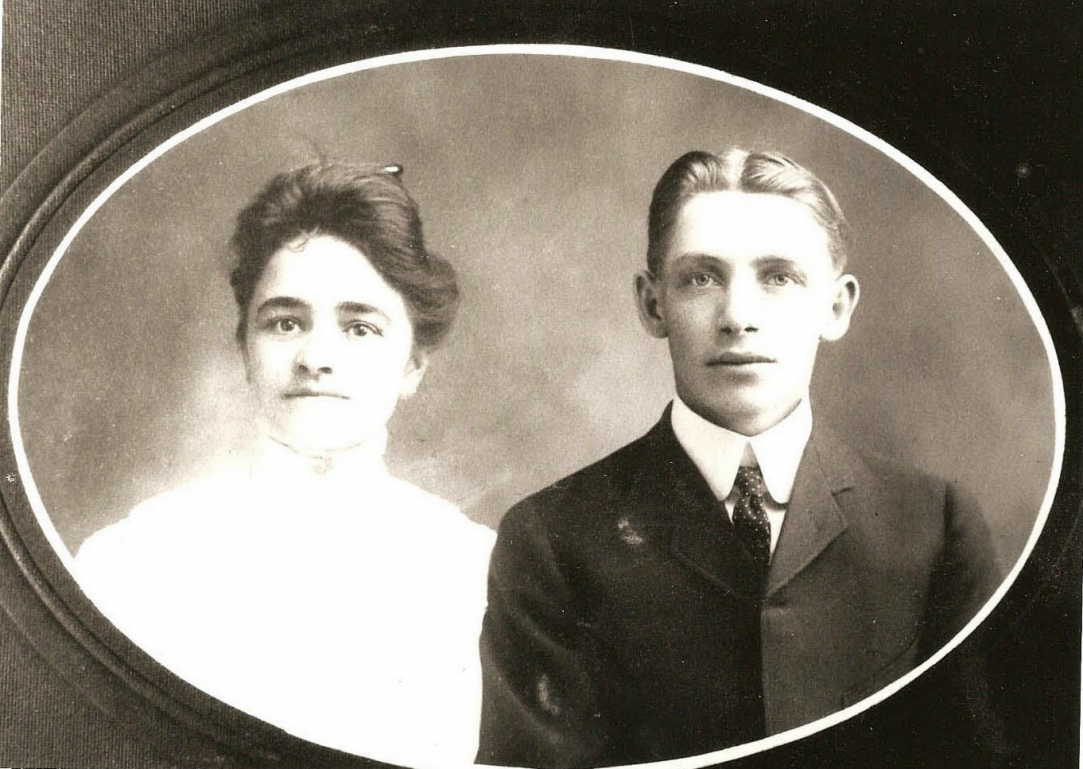 Friends in Table Rock were shocked Tuesday to learn of the untimely death of Ezra Fellers, who was born and grew to young manhood in Table Rock. Mr. Fellers had been in his usual health to the time of his death. Busy with the harvest and threshing in the extreme heat, Monday evening he was hurrying to finish the evening chores before the approaching storm and was extremely warm, the rain chilled him and he went to the house to change clothing and complained of feeling ill. His wife and daughter ministered to his needs and put him to bed, where soon afterward he passed away.

Ezra Fellers, son of Mr. and Mrs. Andrew Fellers was born at Table Rock, Nov. 10, 1880 and departed this life July 27, 1936 at his home near Axtell, Kansas. He was married at Table Rock, on November 23, 1904, to Miss Ruby Allen and to this union were born three daughters, Kathryn now Mrs. John Shell of Severy, Kan and the Misses Lucile and Mavis at home, who with the wife, two grandchildren and one brother, Lewis Fellers of Lincoln, survive. His parents, other brothers and sisters proceeded him in death.

Mr. Fellers received his education at Table Rock, the Pawnee City Academy and he took a business course at Lincoln. He was employed in a railroad office at Council Bluffs for a time later farming near Republican City and at Seneca, Kansas. The family moved to a farm near Axtell in 1919 in which vicinity he has since resided.

Mr. Fellers was of a quiet and unassuming disposition, admire and respected by all for his sterling qualities. He will be sadly missed by his family, his church and his community.

The body lay in state at the Hutton Funeral Home, from which place funeral services were conducted at two o'clock Wednesday afternoon by Rev. Anton Ramires, pastor of the Axtell Presbyterian church (sic). A quartette compossed (sic) of E.W. Bergmann, John Bigelow, Glady's (sic) Bergmann and Elsie Rothfelder sang favorite hyms (sic). The funeral cortege preceeded to the cemetery at Table Rock, where a large number of relatives and old time friends awaited their arrival. After a brief ceremony interment was made in the Table Rock cemetery (sic).

CARD OF THANKS
To the dear friends of Table Rock. Thanks for your thoughtful kindness and words of sympathy at the time when it was greatly appreciated. Mrs. Ruby Fellers and Daughters.
View My Stats