Photo 9.  This undated photo seems to be the oldest in our collection.  One person interested in dating photographs by clothing thinks it goes back to the 1860s.  That is not very likely, but it could be that the local people did not keep up with the fashions and this is from the 1870s, when Table Rock's population began it's rapid climb toward the population high in 1900.

This may be a town band versus a Czech band, but there are surely is at least one Czech in it!  After all, here were Czechs here, and "Co Čech, to muzikant," every Czech is a musician!
​
The photograph is retouched. The original is almost impossible to make out. 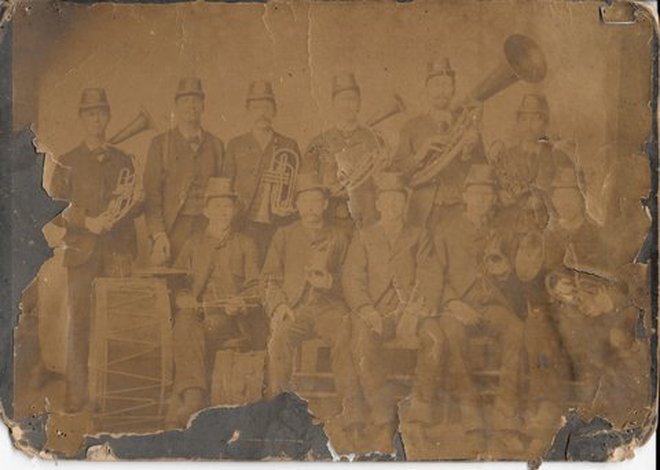 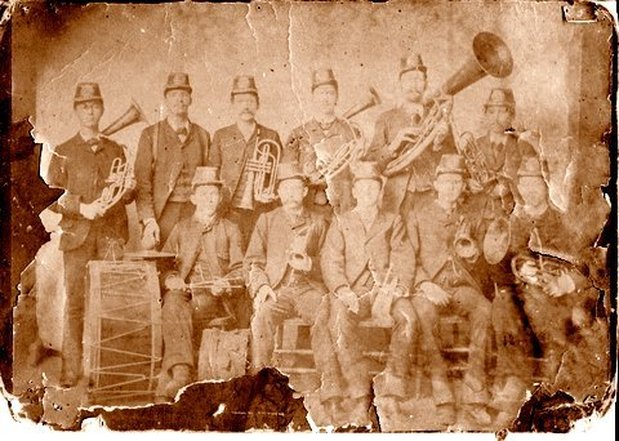 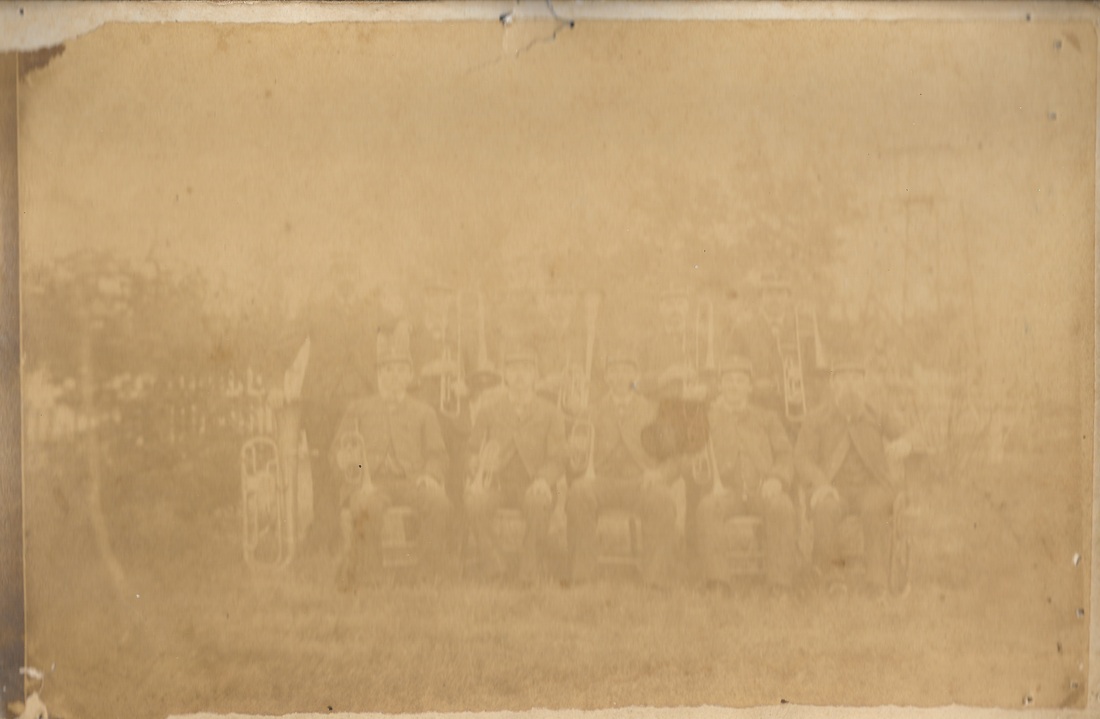 Retouched below. This photo eluded the Czech band pictures with the Frank Tomek Band video.  The label that was attached follows below after the retouched photo.  The names are difficult to read.  It appears to say: Wm Petrasek, Joe Zulek, Frank Eis, Joe Petrasek, Front Vaclav Skatak, no first name Weisner, unknown, and no first name Watzek.  So, they may be wearing uniforms, and they may or may not be a "Czech" band, but most of the musicians are Czech! 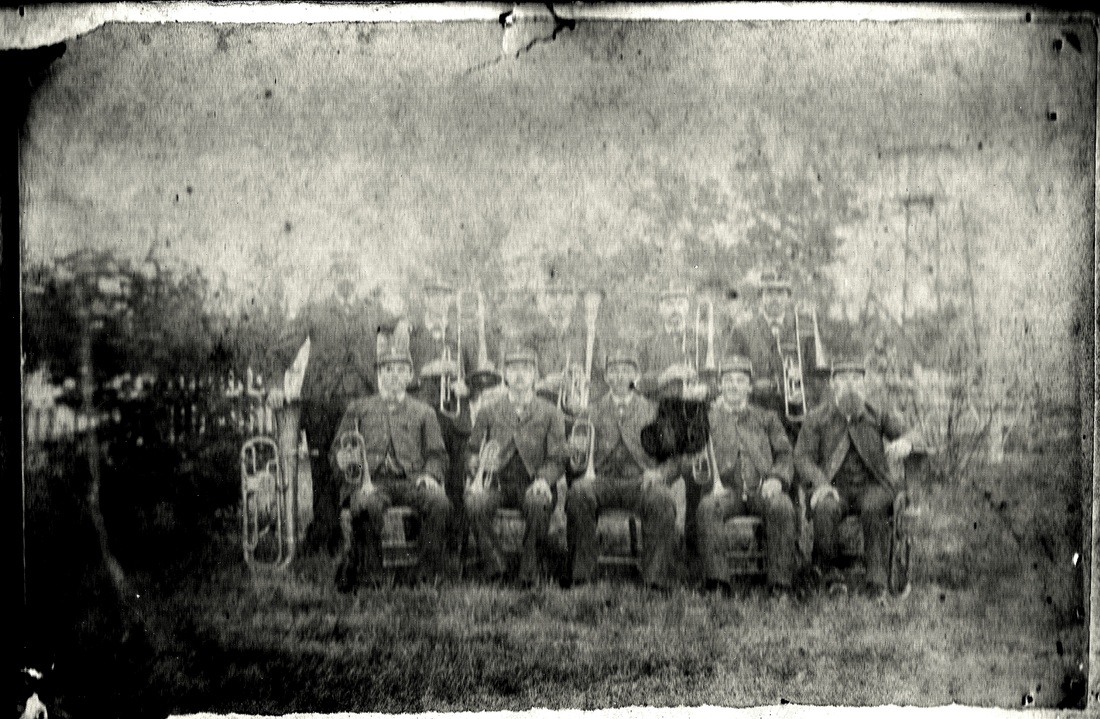 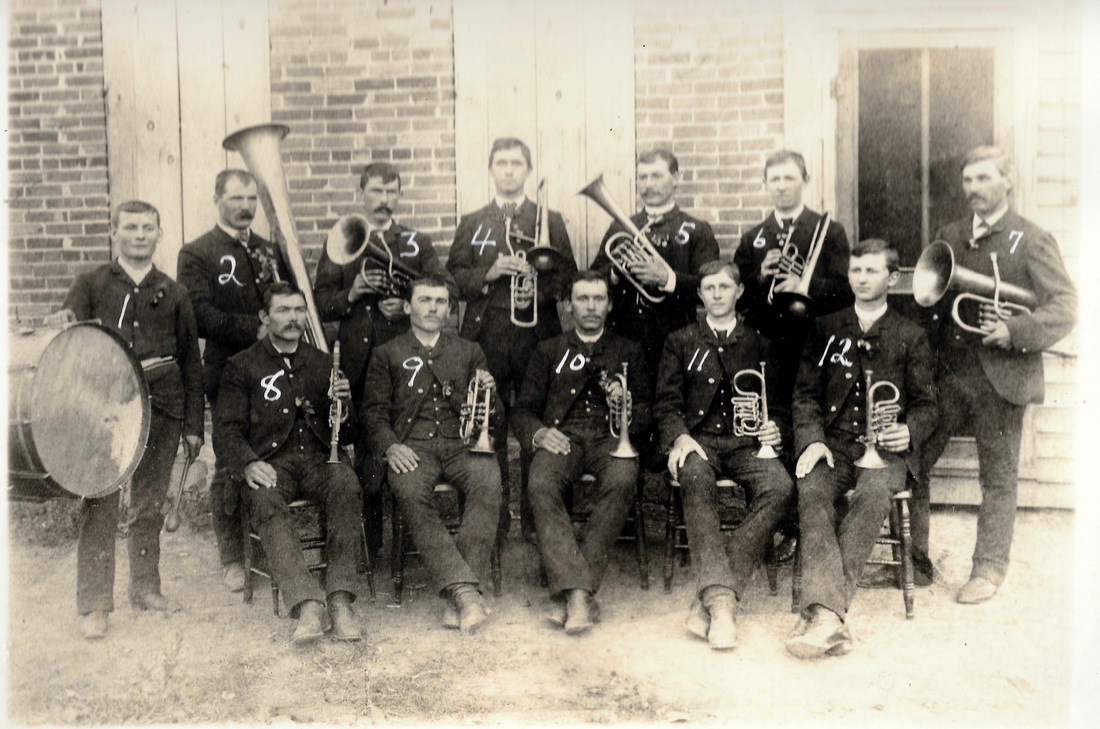 Photo 20 - 1915.  According to a typed label attached to the photograph below: 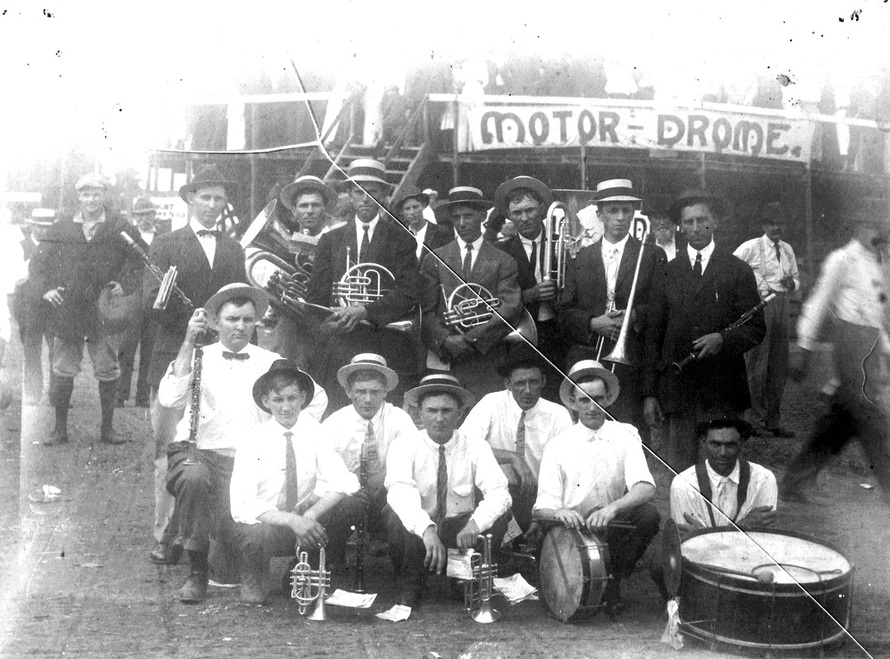 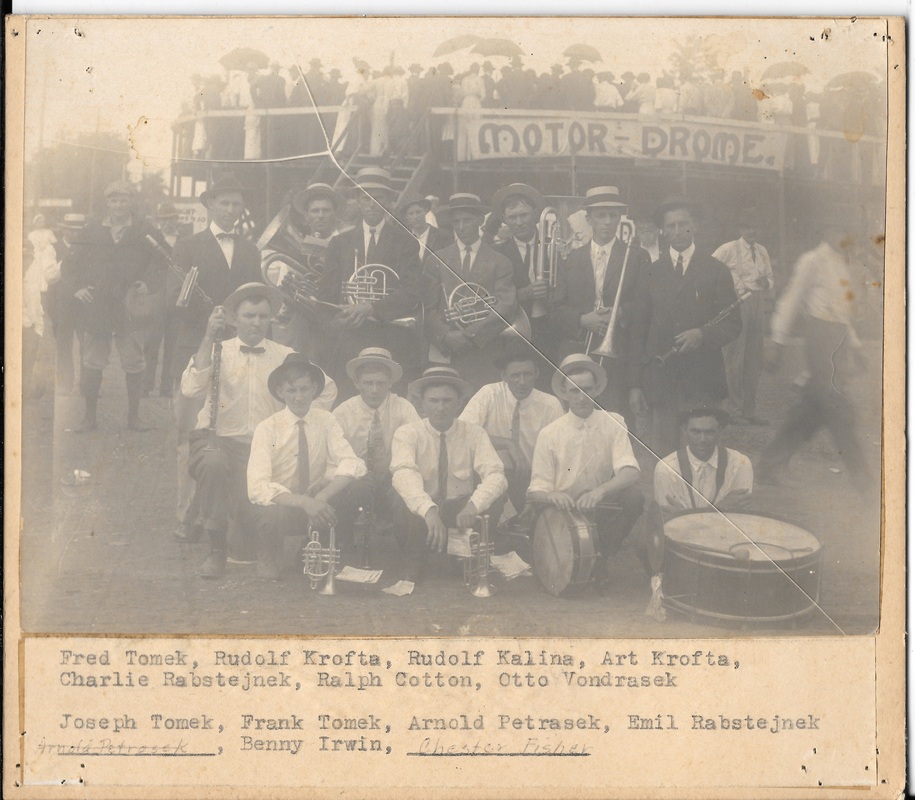 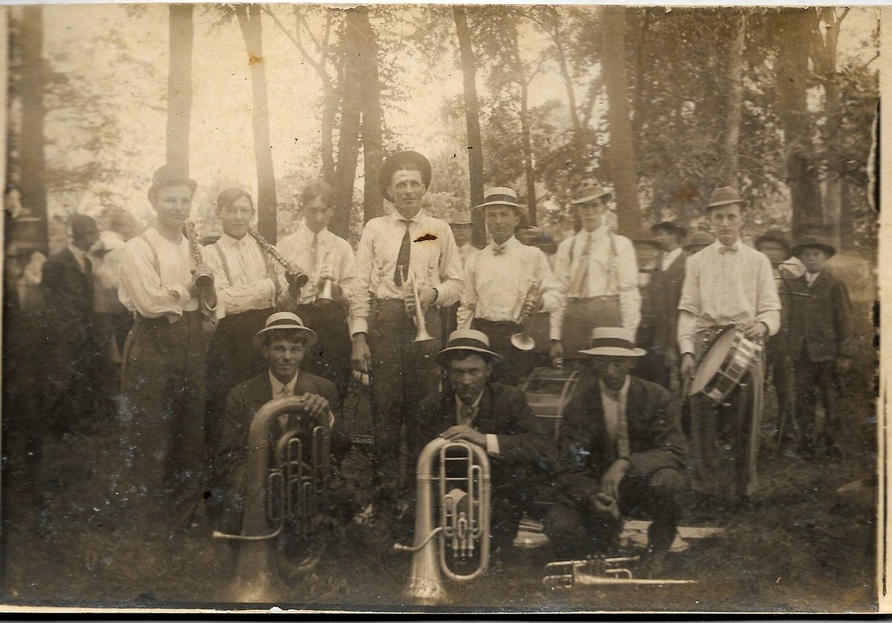 The label is vague. It lists six men, but there are many more than that. here is the label that was attached.  I asked (Table Rock) Bob Blecha for help.  He identified the clarinet player, first man on the left in a white shirt, as Joe Tomek.  The tall trumpet player in the middle is Arnold Petrasek.  The three men kneeling are Rudy Krofta, Charlie Rabstejnek, and Art Krofta.  Emil Rabstejnek is recognizable from other pictures (especially Photo 48); he is to the right of Arnold Petrasek (on Arnold Petrasek’s left). 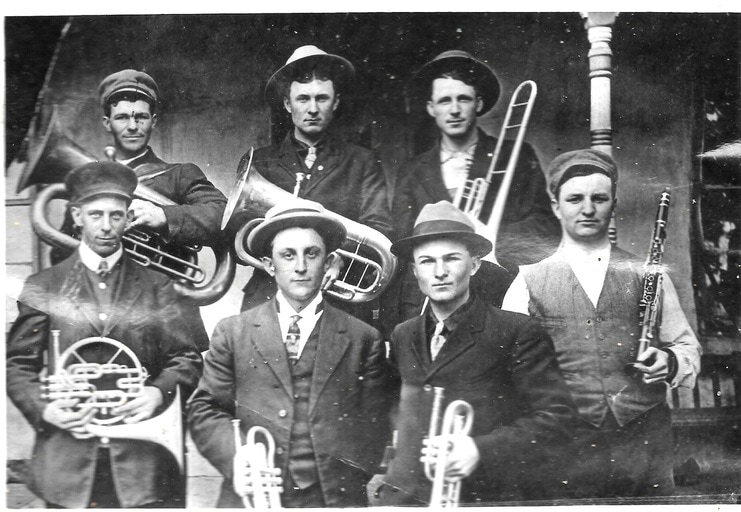 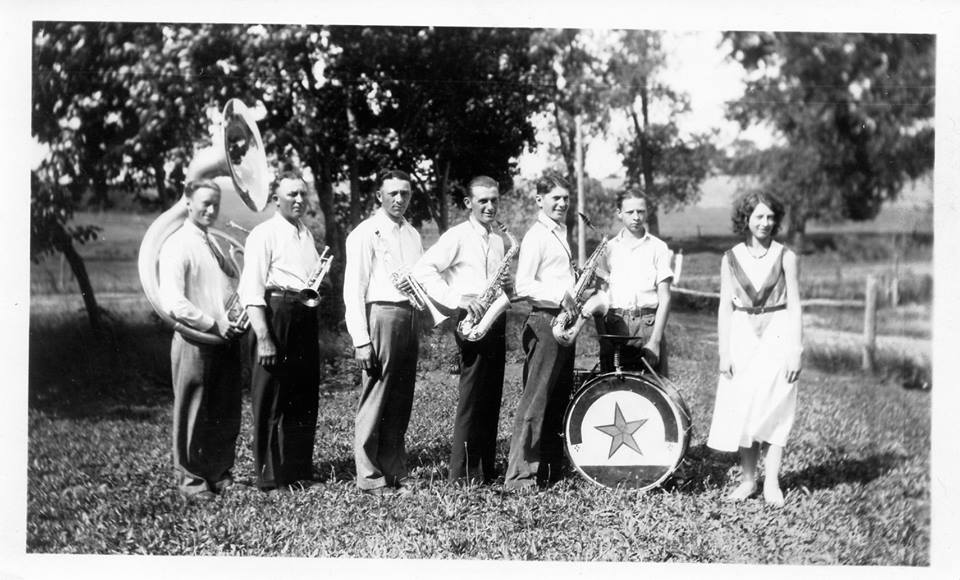 Photo 381 - 1951.  The Lad Trecek Orchestra at the Dubois parade.  This photo was shared on TR Historical Society Facebook page by Tim Nord on 10/18/14. He stated, “Here is the Trecek Orchestra in the DuBois Parade in 1951. Lee Trecek, Lawrence Stehlik, Lad Trecek, Milan Tomek, Steve Stastny, Porter Copenhaver(?) and Nettie Stehlik.” 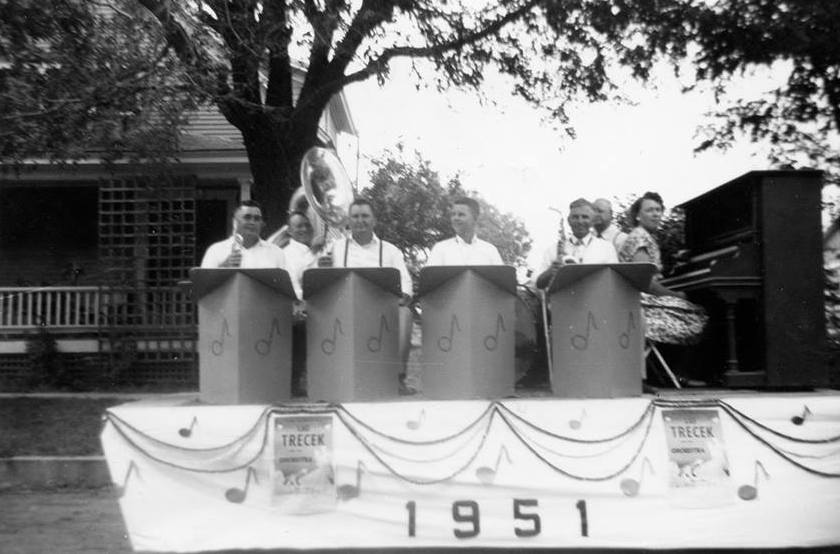 Photo 383 - 1963, the Trecek Orchestra. This was photo shared on TR Historical Society Facebook page by Tim Nord on 10/18/14. He stated, “Here is the Trecek Orchestra in 1963 at their final dance. We have recordings of several of the pieces they played that night, including their final number, "Now is the Hour." I believe this was at the ZCBJ Hall in DuBois (but I'm not positive). Joe would probably know.”  Frances Graham Blecha commented on this post, saying, “L-R, Lawrence Stehlik, Lad Trecek, Harlan Keiser. In back is Bob Stepanek. At piano is Nettie Stehlik. Don't know who the young boy is, standing by Nettie.”   Added, “I think the saxophane player is Harlan Keiser.”  Barbara Stoner Harris commented that she too thought the saxophone player was Harlan Kaiser.”  Joy Robison said, I'm fairly certain that's Bill Uhri with the drumstick behind Nettie” and I tagged Leota asking her if it was Bill.  Leota Uhri then confirmed that it was Bill Uhri (her son), and that he was the drummer.  The trombone player is Loren Joe Stehlik. 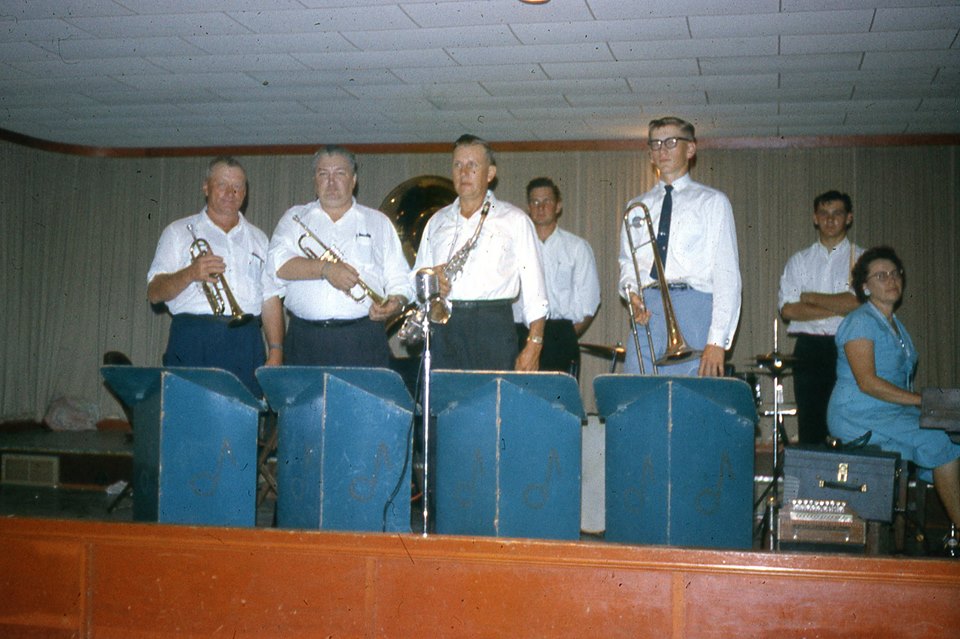