Back to the professions 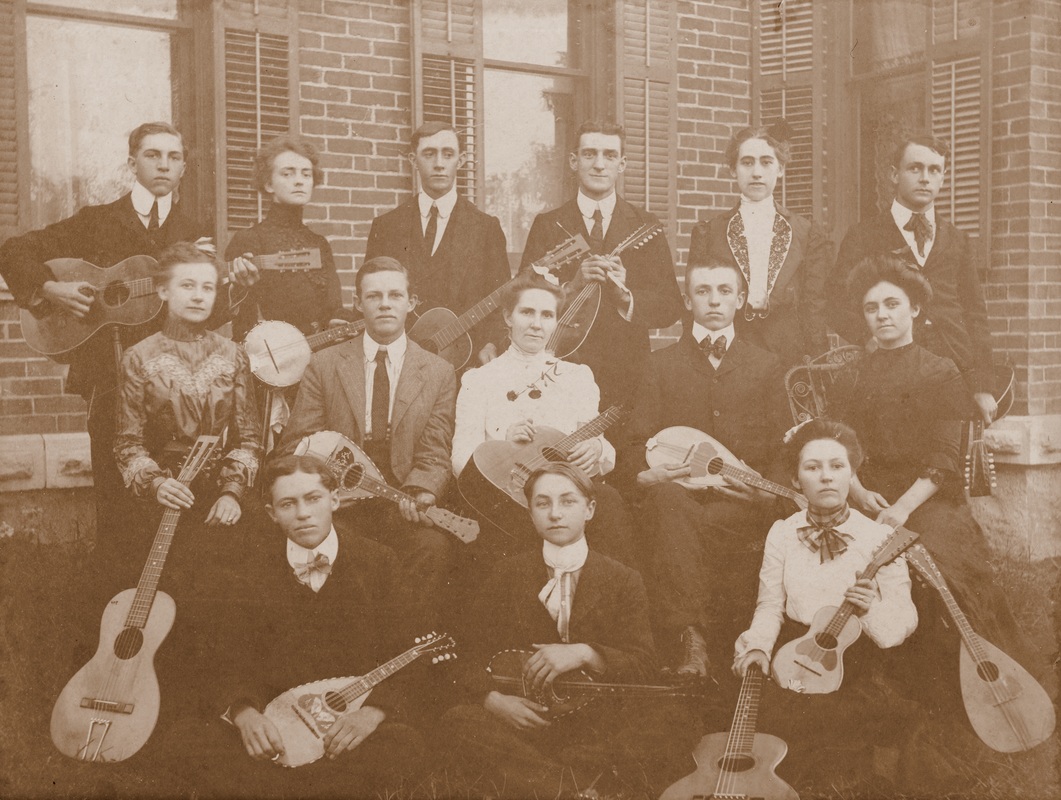 Dr. Carl Clifton Covert, a prominent dentist in Albany, Missouri for many years until failing health caused his retirement a few years ago, died at his home in Albany on Saturday July 27, 1946.For many years he was an active worker and leader in all things that would help to benefit and beautify the city and was always ready to help in the work to achieve these things.

Memorial services were held at the Brocks Funeral Home Monday afternoon at 4 o'clock with Rev. George W. Manning officiating and the body was taken Tuesday morning to Table Rock, Nebr. for interment.Carl Clifton, son of John N. and Jane (Cozine) Covert, was born September 8, 1871, at Neosho Falls, Kansas. He grew to young manhood in the community and later attended Park College and was graduated with honors from the Western Dental College pf Kansas City in 1893.

In 1895, he was united in marriage with Miss Laura Mumford of Table Rock, Nebr. They established their home in Table Rock where he began his professional career. The daughter, Marjorie blessed this home.

Dr. Covert and his family moved to Albany in 1912. As his associates and friends will remember he was an active leader in those enterprises which were for the improvement of our community. He served as president of the Commercial Club and did much to advance the Jefferson Highway. Besides an interest in music and dramatics, he participated in these and other activities. He did much to promote the Garden Club and for many years had charge of the floral exhibit at the fall festival.

The Covert home has always been attractive with its flowers and shrubs. It was Mr. Covert's passion to provide the best for his family. The beauty seem by passers-by was symbolical of his ideal and ambition. Dr. Covert was a member of the Presbyterian church.

Besides his wife, who has been devoted to his care these past few years, he is survived by a daughter, Mrs. Marjorie Van Roosbroeck, of Summit, New Jersey.

Dr. covert's father-in-law was henry mumford, a civil war veteran, and her mother the child of pioneers

He died in 1877, when Laura was a little girl.  Laura's mother, Melissa Huntley Mumford. remarried John Richardson and is buried in the Table Rock Cemetery under that name.
Melissa's obituary, transcribed by Historical Society member Luella Hinrichsen, tells the tale of a pioneer family:

Melissa S., daughter of Charles and Anna Huntley, was born in Marseilles, October 15, 1842. She was next to the youngest in a family of nine children, all of whom have preceded her. Her mother died when she was five years old.
She attended the public school in Marceilles until 1854, when the family moved to Nebraska, arriving in 1856, and settling near Elk Creek, where the father purchased government land.

Miss Melissa was active in the community life at Table Rock, and while a young woman, became a member of the Methodist church when Rev. Griffing was pastor. She has enjoyed recounting those early days, and the things they had to eat during their first winter-corn bread, venison and turkey.

To continue her education and fit herself for teaching, she attended the Seminary at Pawnee City, Nebraska. In 1865, she went to Peru, where she continued her education and assisted Rev. McKenzie in his teaching. For two years she taught in the Peru public school, following that with a year of teaching in Aspinwall.

November 24, 1868, she was united in marriage to Henry L. Mumford of Table Rock, Nebr. His parents were among the pioneer residents of Table Rock, having come from Pennsylvania.

The young couple settled on a homestead near Table Rock and her they built their home. Here, also, two children were born, Alice, who died in 1872, and Martin L., who was a successful business man in St. Joseph, Mo., until the time of his passing in 1931.

Mr. Mumford's health failing, the family moved to Table Rock in 1872. A daughter, Laura, was born to them here. Before her husband's death in 1877, she had been teaching some in addition to caring for her family, and continued teaching in Table Rock and nearby rural schools, until 1886, when she was united in marriage to John N. Richardson, a prominent business man in Table Rock.

For forty-four years Table Rock was her home, where surrounded by her family and friends she spent her time in church work, Sunday school work, and was actively engaged in the Missionary Societies, the WCTU and many civic organizations. Mr. Richardson died in 1891.

In 1912 she disposed of her home in Table Rock, and moved with her daughter and son-in-law, Dr. C. C. Covert, to Albany, Missouri, where she spent 28 happy years. She brightened this new home in her quiet but rich way, read widely, was well informed on current topics and was an inspiration to all who knew her.

In 1939, Mrs. Richardson became weaker and was confined to her bed until the time of her passing. She was always cheerful, full of humor and always interested in life and our world. On October 15, of this year, she celebrated her 98th birthday, which was greatly enjoyed, but the wistful look of Eternity was in her eyes. This past week she failed rapidly and in her sleep she passed away on the evening of November 28th.

Funeral services were held at the Kovanda chapel in Table Rock Saturday afternoon, November 30, in charge of Rev. E. V. Price, Methodist pastor, and she was laid to rest in the Table Rock cemetery.
​
View My Stats