Two Clements are on the Board of Directors for the Table Rock Historical Society. Gregg Clement is the president, and his election to the post followed terms served by his father, Gordon.

Sadly, we don't seem to have much on the Clement family. We'll try to rectify that.

Here is a great picture, which showed up on a genealogy website misidentified as a photo of the Hays family.  When posted on a Hays page  on this website, Gregg and Gordon quickly spotted Clement family members and named some of them.  The likely source of confusion from the original post was that Golda Clement was a Hays.  Perhaps she was spotted and the others assumed to be members of her own family rather than her husband's.  In any event, we now have this neat picture of the Clements as a start. 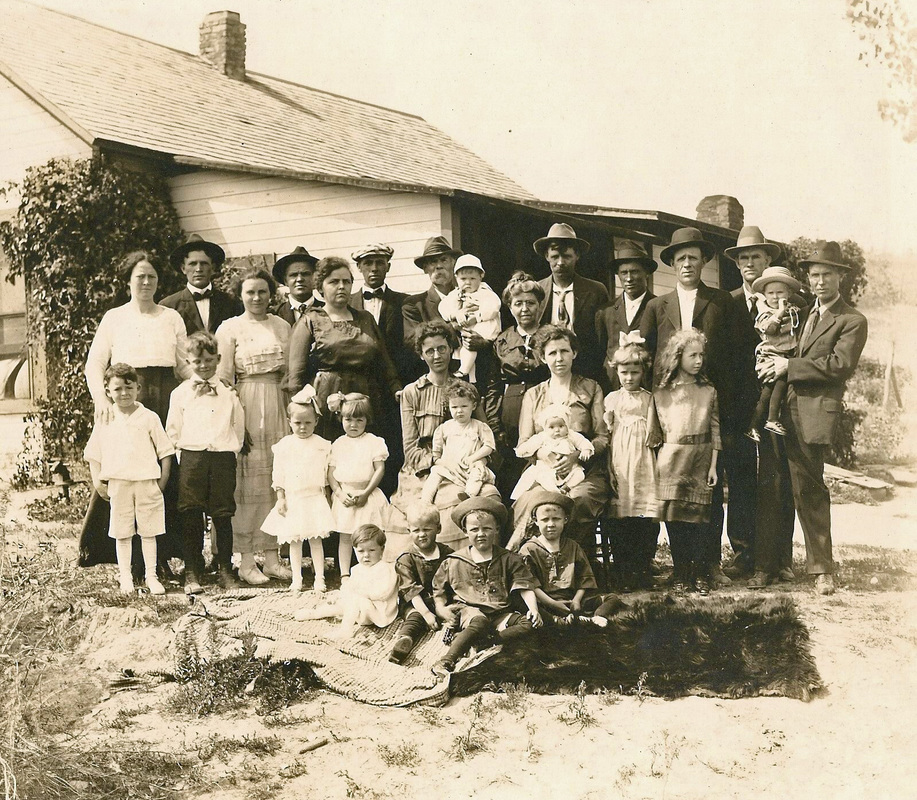 The Clement family, posted as a Hays photo on a family tree by "LeeDay" on Ancestry.com. Photo 1790.
The fact that this was not a Hays family photo began when  Gregg pointed out that Golda Hays' future husband, Charles Clement, is in the back row, third from the left.  The next man to the right, holding a baby, is Charles's father, William Clement.   Later, after Gregg talked with his dad, Gregg reported back, "It's mostly Clements that we can ID. And I see that Aunt Nell and Uncle Willie are there too. Dad (Gordon) can ID a few more."

We're working on names and will add them when we get them!
View My Stats