a little story about photo 73 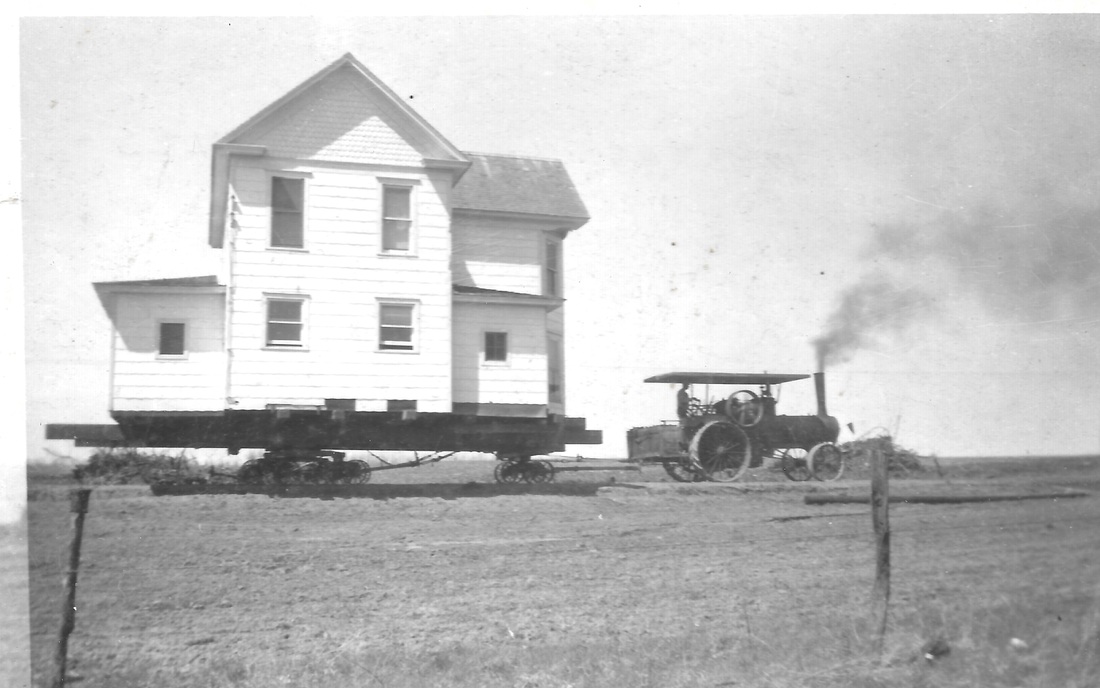 The story of Photo 73 by Sharla (Sitzman) Cerra.

This photo is labeled as a house moved by McCourtney southeast of Pawnee City in 1950.

During the March 2015 consignment sale in Table Rock, the Historical Society set up the the drugstore for people to come in and sit, look at old pictures and scrap books, etc.  The State Bank of Table Rock, who owns the building, provided the space.

In comes a fellow who sees the photo on a postcard that I labeled "McCourtney of Table Rock Recycles a House." He says, I think my friend lives in that house. He might be here."

Later, in comes a gent who says, "I know that house. I live in it. I’ve lived in it since I was little.”  He is Ray Daniel of rural Pawnee City.

Here's the story that he told:

When he was 7 years old, his parents decided to move about 2 miles away.

The direct route to the new site had a bridge that was too weak to take the weight of the house, so they had to take a different route; he told me but I couldn't keep up enough to write it down.

Anyway, before they left, Charlie put a glass of water on the kitchen counter. When they got to the new site, not a drop of water had been spilled!

It was worth spending the day at the drugstore!