Back to Art in Table Rock
Back to Just Interesting

cast up by the sea
an itinerant artist surprises 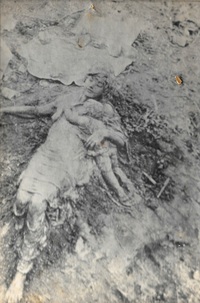 A note from Sharla: A photograph in the museum drew my eye right off.  Upon a close look, the subject was what it appeared to be -- a drowned mother and her baby.  It appeared to have been sculpted out of sand.  Was there a sand sculpture contest?  Was this even a photograph of something that was ever in Table Rock?

A year later, as I was looking through the Argus for a series of articles by editor Frank Taylor about his early days in Table Rock, I ran across an article about the photograph!

This sculpture was made in the sand on the north side of the Taylor Branch bridge!  It is rather a morbid picture to my mind, but it impressed Table Rock citizens. Hundreds came to see it.  The artist put out a sign on a rug asking people to throw a penny to him, and got $15 to $20.  That seems like a lot of money for the time.

​Frank Taylor, the editor, went to interview him and learned his name was J. B. McCord, was from Philadelphia, and had supposedly worked with some of the greatest artists in the country.

Recently, I ran across a note in the paper by Nettie Stehlik asking if anyone knew something about the background of this photograph.  Apparently no one did, as the photo carried no tag giving a date or any information.  It took a chance encounter of the 1921 article to learn that it was indeed in Table Rock. Nettie would have been pleased to have read this article. 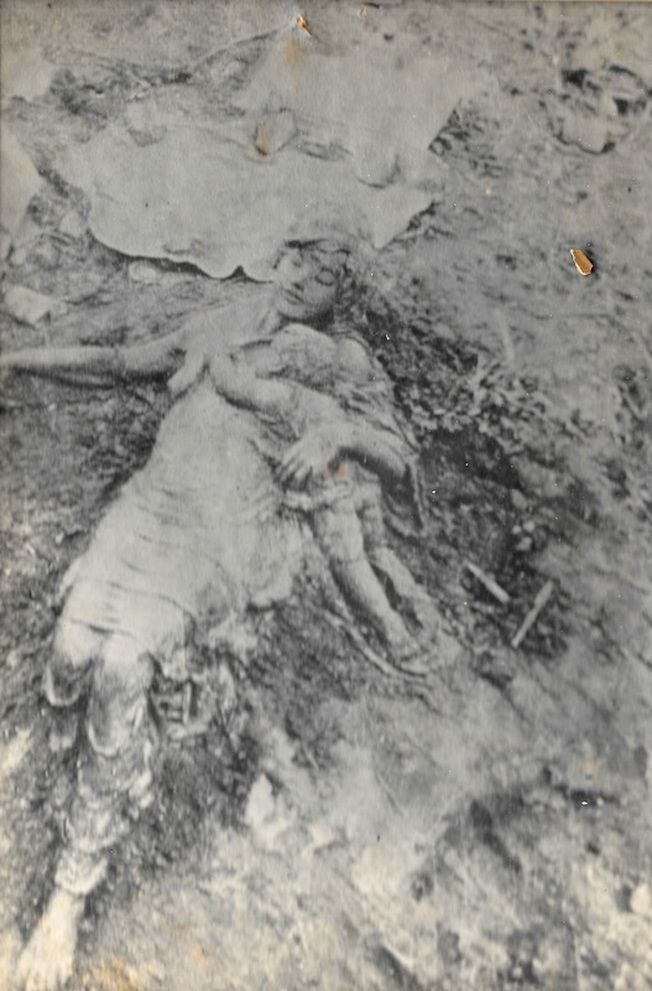