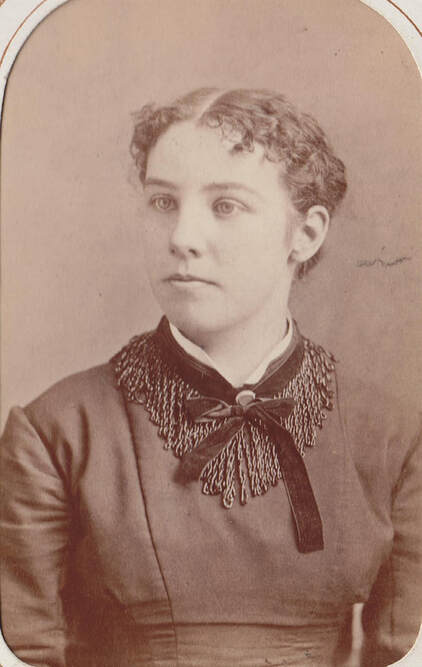 Mattie Brigham Cameron, posted on FindaGrave.com memorial by gen12us.
We know virtually nothing about this family, but there was apparently a Mattie Brigham of Table Rock, Nebraska and she married a fellow named Melville Cameron, and she died in 1891 at age 33. We know this because Eric Driggs thought to share the biographical sketch below.  Thank you,  Eric!

Then, Luella Hinrichsen did a little checking.  Mattie's father Rev. Alfred Bingham was a Methodist minister and her mother Fanny Parker Bingham was a teacher.   Mattie's father and mother lived to an old age (to 73 and 79, respectively).  However, their lives were surely sad, as all four of their children died young.  Mattie lived the longest, all of 33 years.

Census records and FindaGrave memorials tell the families story to the extent it is known.  The family appears on the census records of 1860 as in Wayne County, Pennsylvania and consisted of the parents and two children, William & Fanny.  In 1865, a New York state census showed two more children, Charlotte and Mary, ages 4 and 2.  However, Charlotte died in 1869 and Mary in 1872. An obituary has been found for Mary.  It is on her FindaGrave.com memorial, probably posted by "Gen1us," who posted photographs of all but little Minnie, which were said to be from the album of Rev. Brigham's sister Elizabeth Brigham.  The obituary says, "Our youngest daughter Mary is not, for God has taken her."  The obituary is in the Northern Christian Advocate in 1872, and reads in full:

BRIGHAM.--Our youngest daughter, Mary E. is not, for God has taken her. She died at the parsonage, in Newton, Pennsylvania, August 24th, of scarlet fever, after an illness of about four weeks, aged 9 years and 8 months.

O, how we miss our Minnie pet. Her genial, sportive prattle has ceased, and our home is painfully still and desolate.

Possessed of an ardent nd loving heart, she was much attached to friends, and passionately fond of the little ones. Endowed with a brilliant mind for one of her years, but it was lodged in a frail casket. She was proficient in reading, but her preference was the religious. Devoted to God by baptism, and taught to pray before she could remember, we were not disappointed at results. She was fond of the Sunday-school and its publications.

​She suffered much, but finally fell asleep in death as quietly as an infant would sink to slumber.

She has gone to join her sister Lottie "up there," (as she expressly said), who died in Windham, Pennsylvania, three years ago. We bury them together. Thus half our children have passed over.

Thus, if Mattie was a Table Rock girl at the time she married Cameron in 1884, it would seem likely that her father was one of the stream of Methodist ministers who served in Table Rock.  Yet, his name is not listed on the large window at the church which in 1912 cited the ministers to date. Perhaps he was a "supply" (substitute) minister.  Perhaps his name was simply lost by 1912.

Mattie's father died in 1896 and her mother in 1901.  The whole family -- father, mother, and the four children, are buried at the Valley Home Cemetery in Bradford County, Pennsylvania.  Mattie's husband married again after she died and is buried in Omaha.

​
The source of the following biographical sketch about Mattie's husband is fully cited at the bottom of it.  It says that Melville Cameron's first wife was Mattie Brigham of Table Rock, Nebraska. 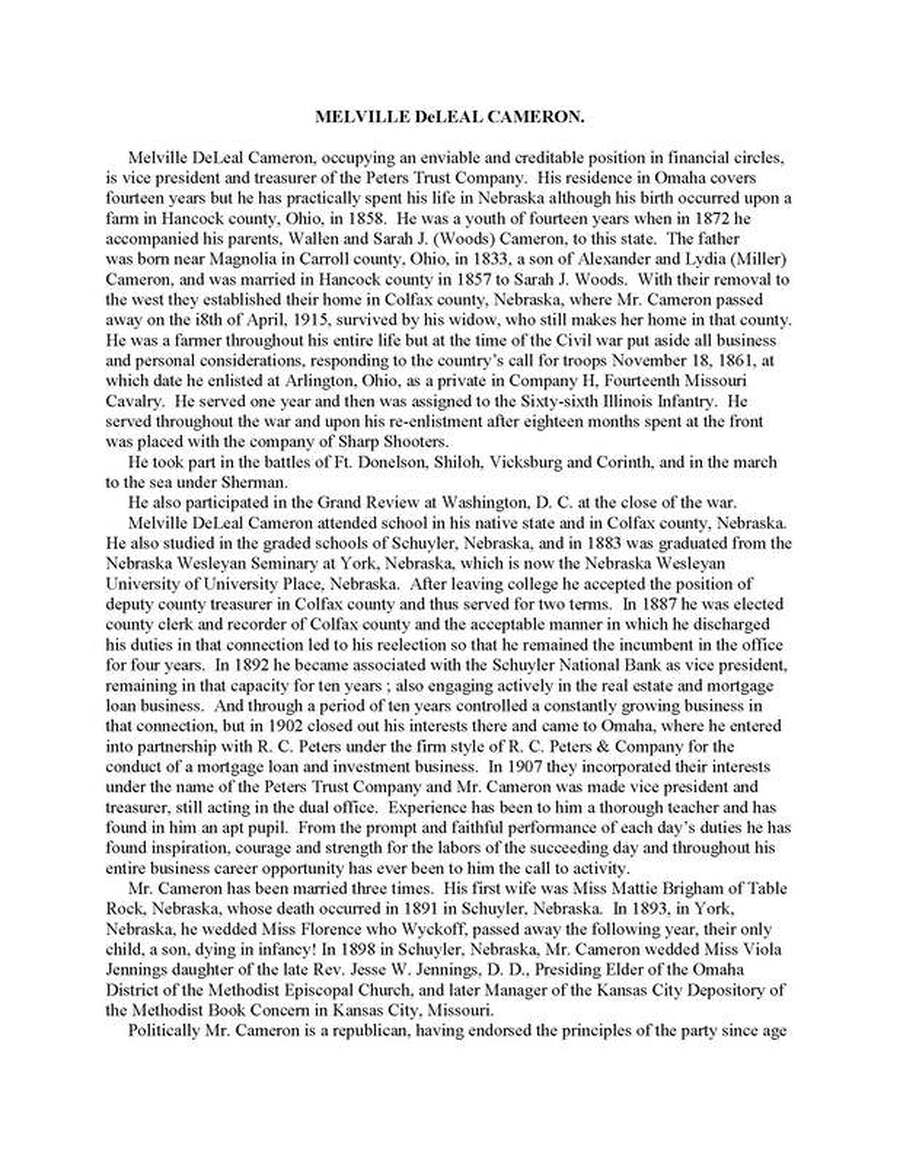 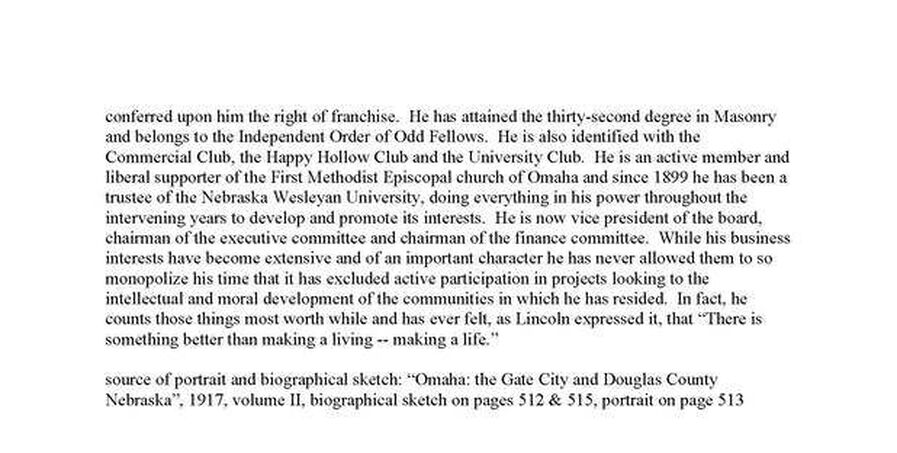